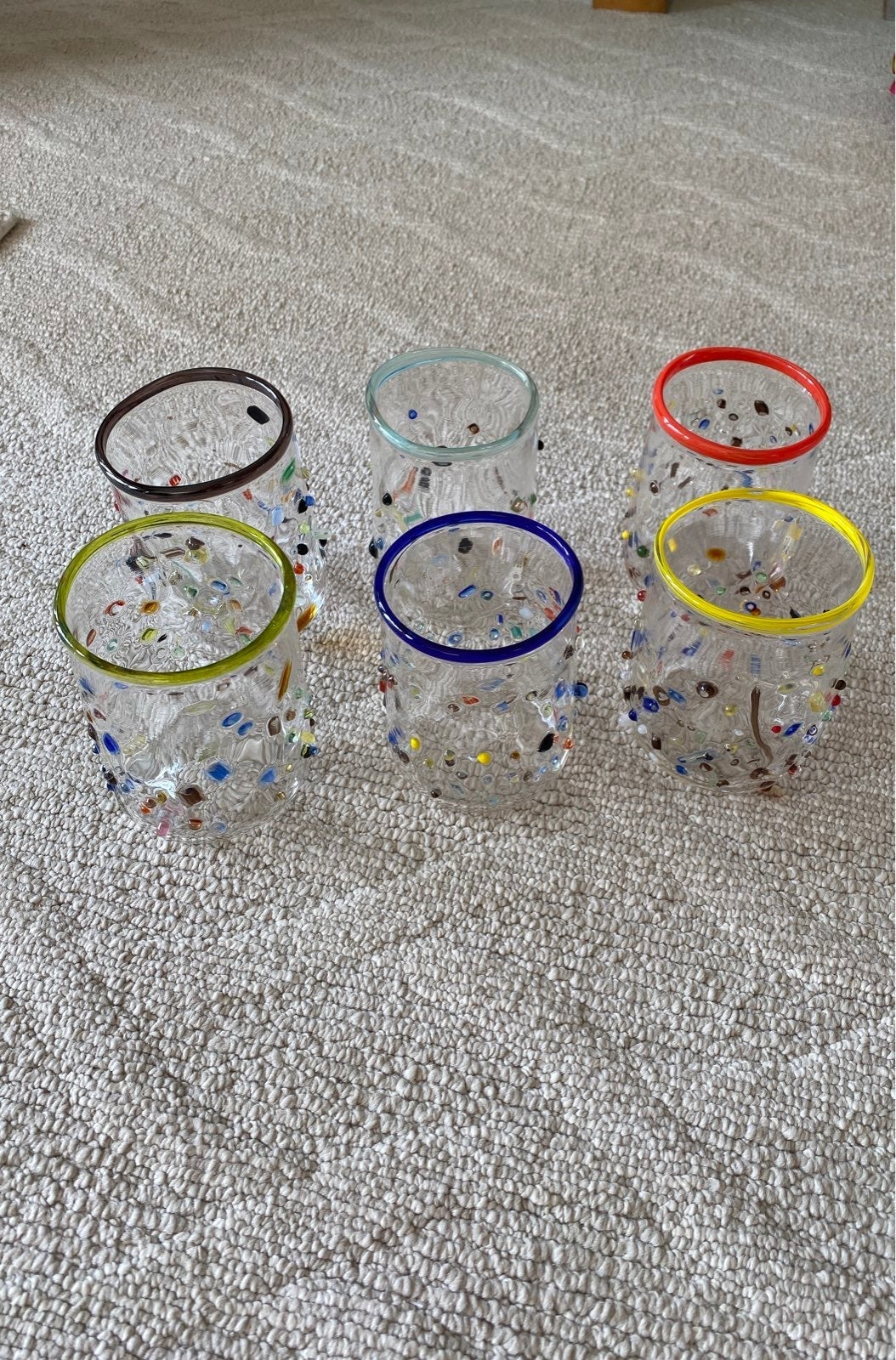 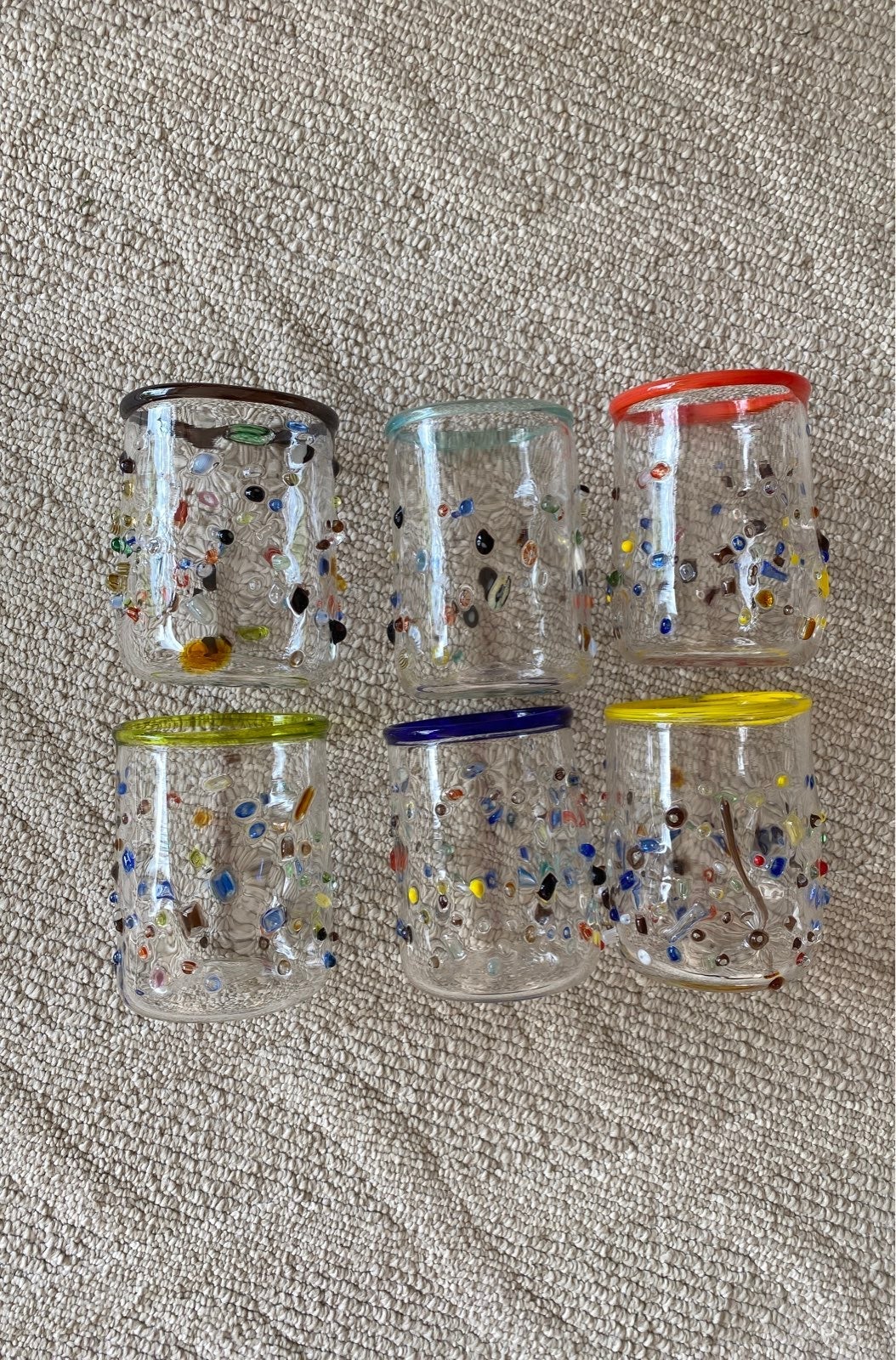 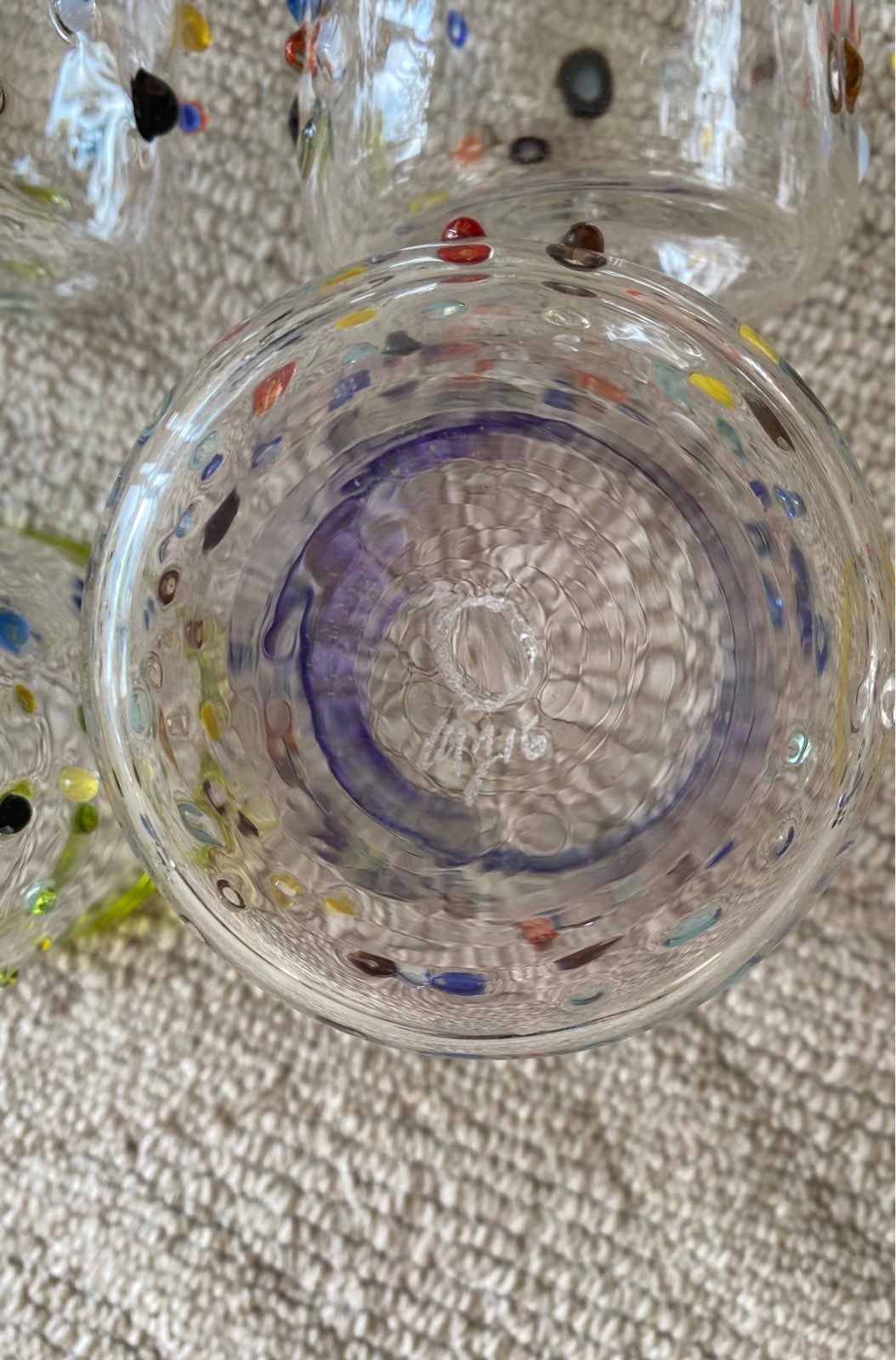 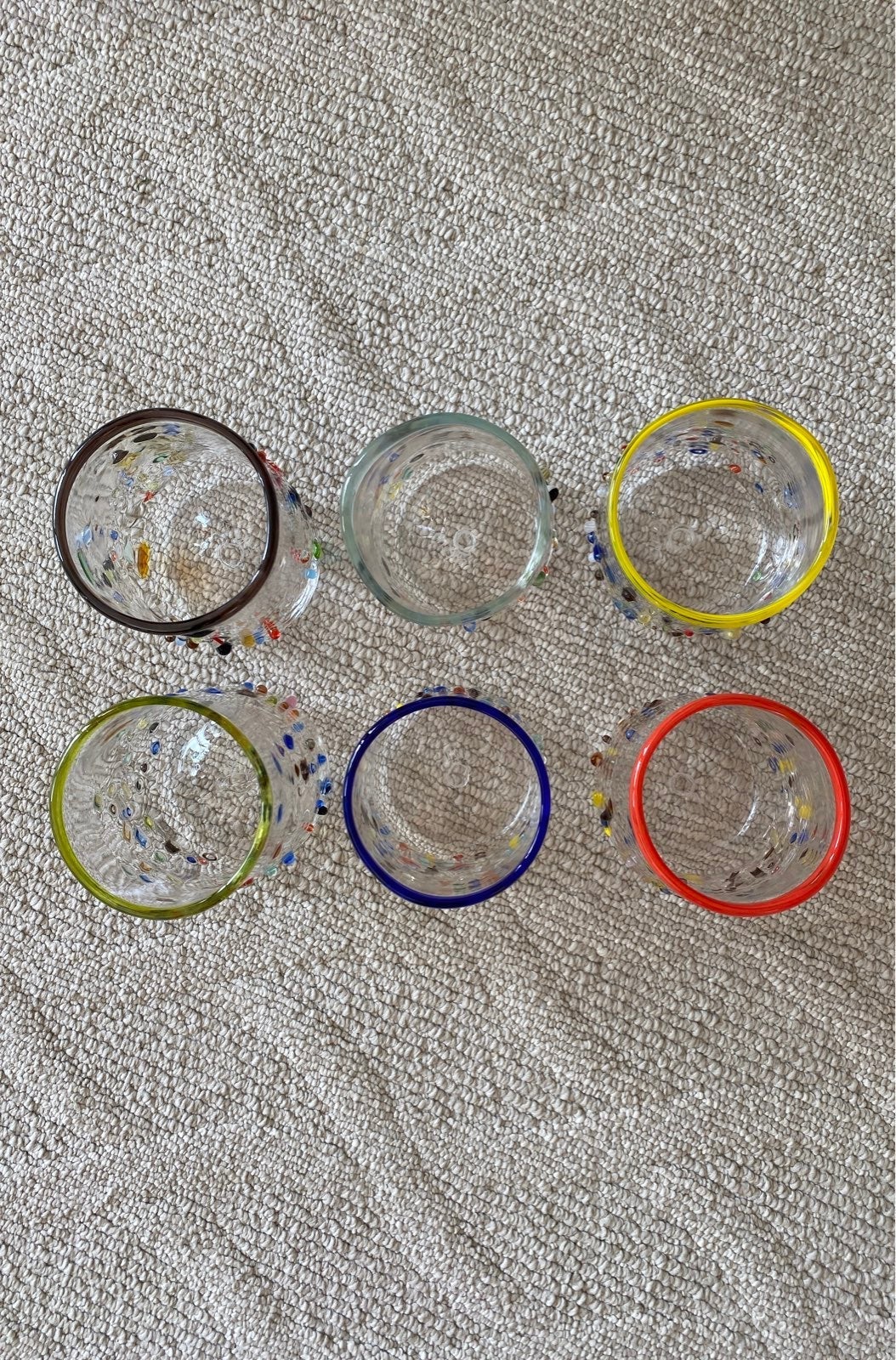 Sizes slightly vary due to being handmade. Approximately 4 inches high by 3 inches. Each piece is signed on the bottom, there are no chips or cracks. 6 glasses. Selling as a set 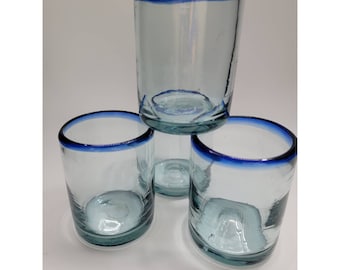 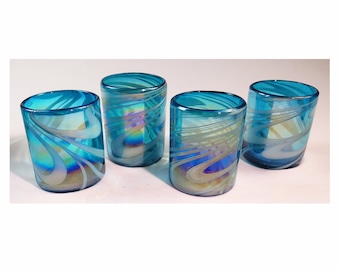 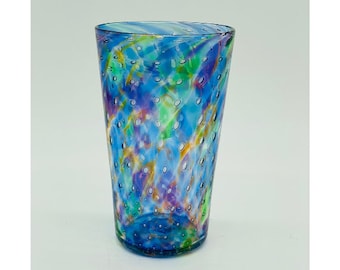 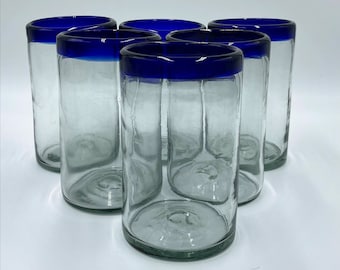 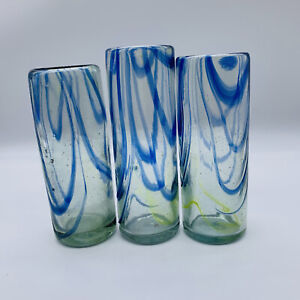 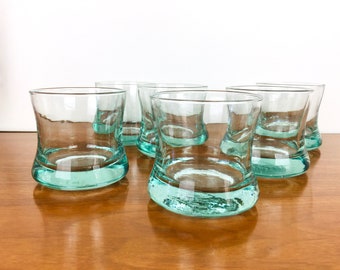 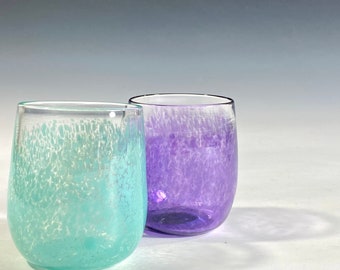 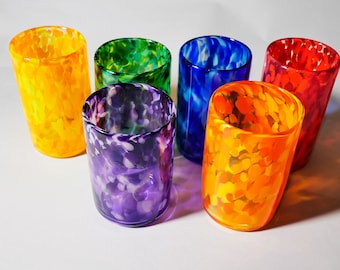 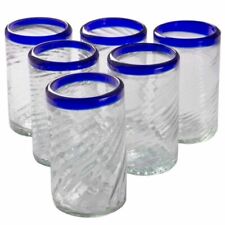 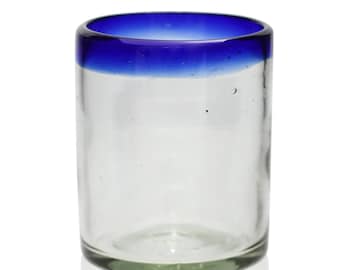 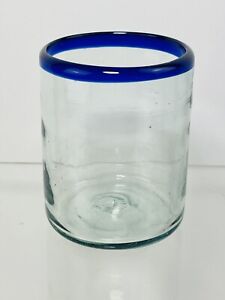 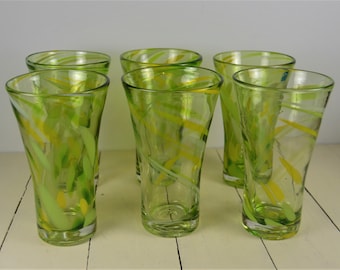 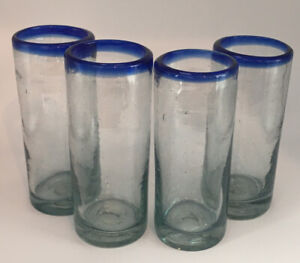 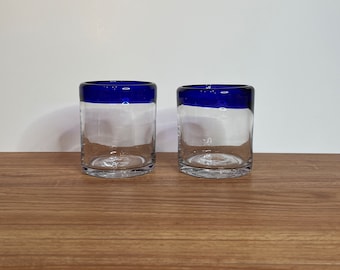 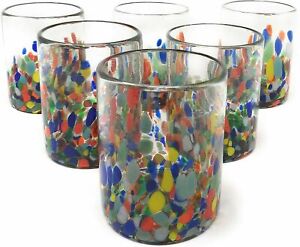 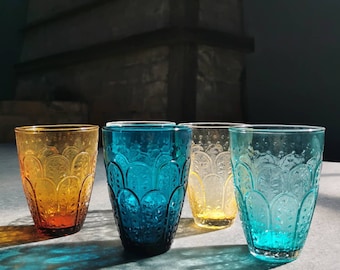 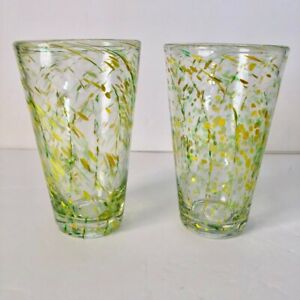 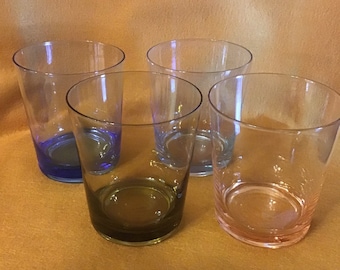