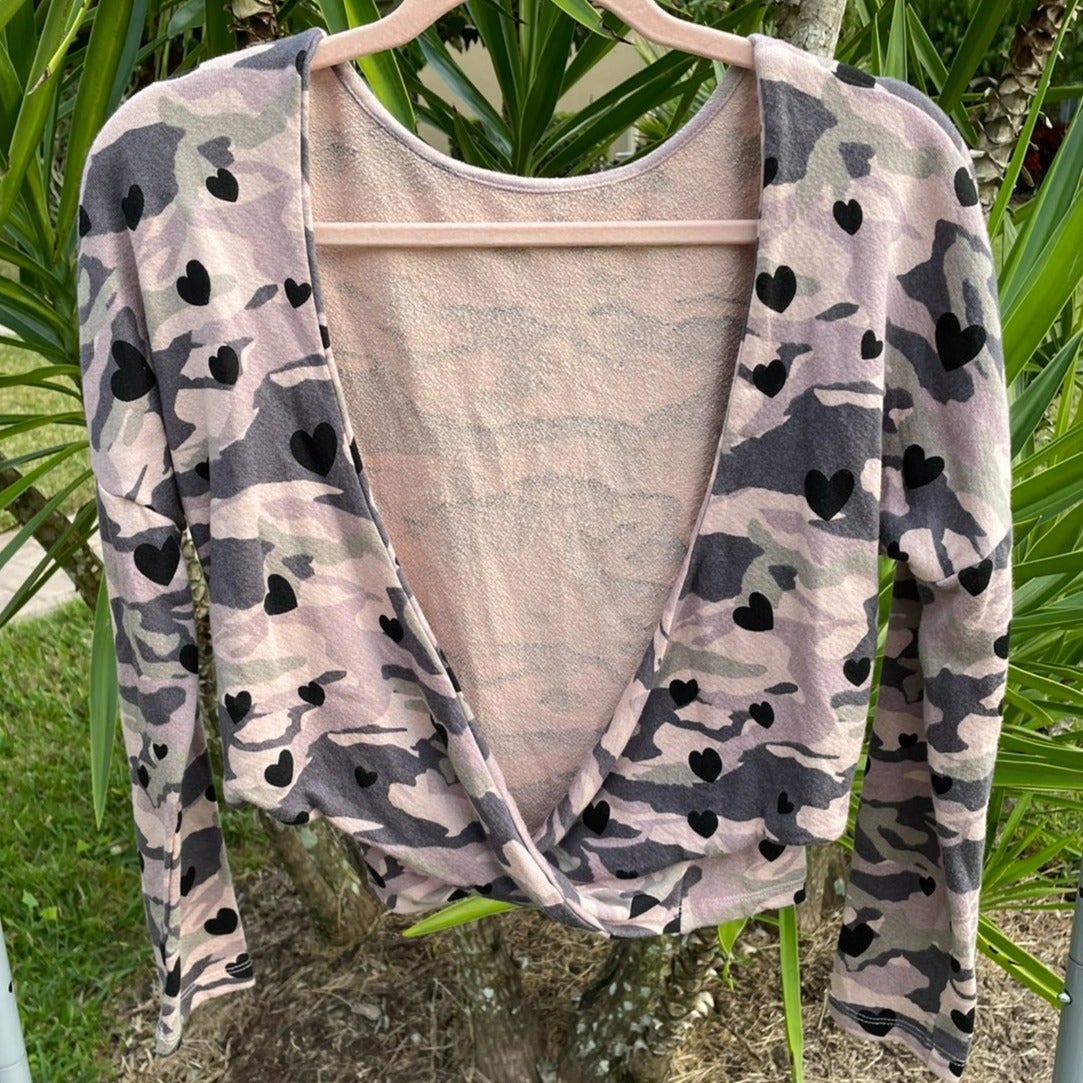 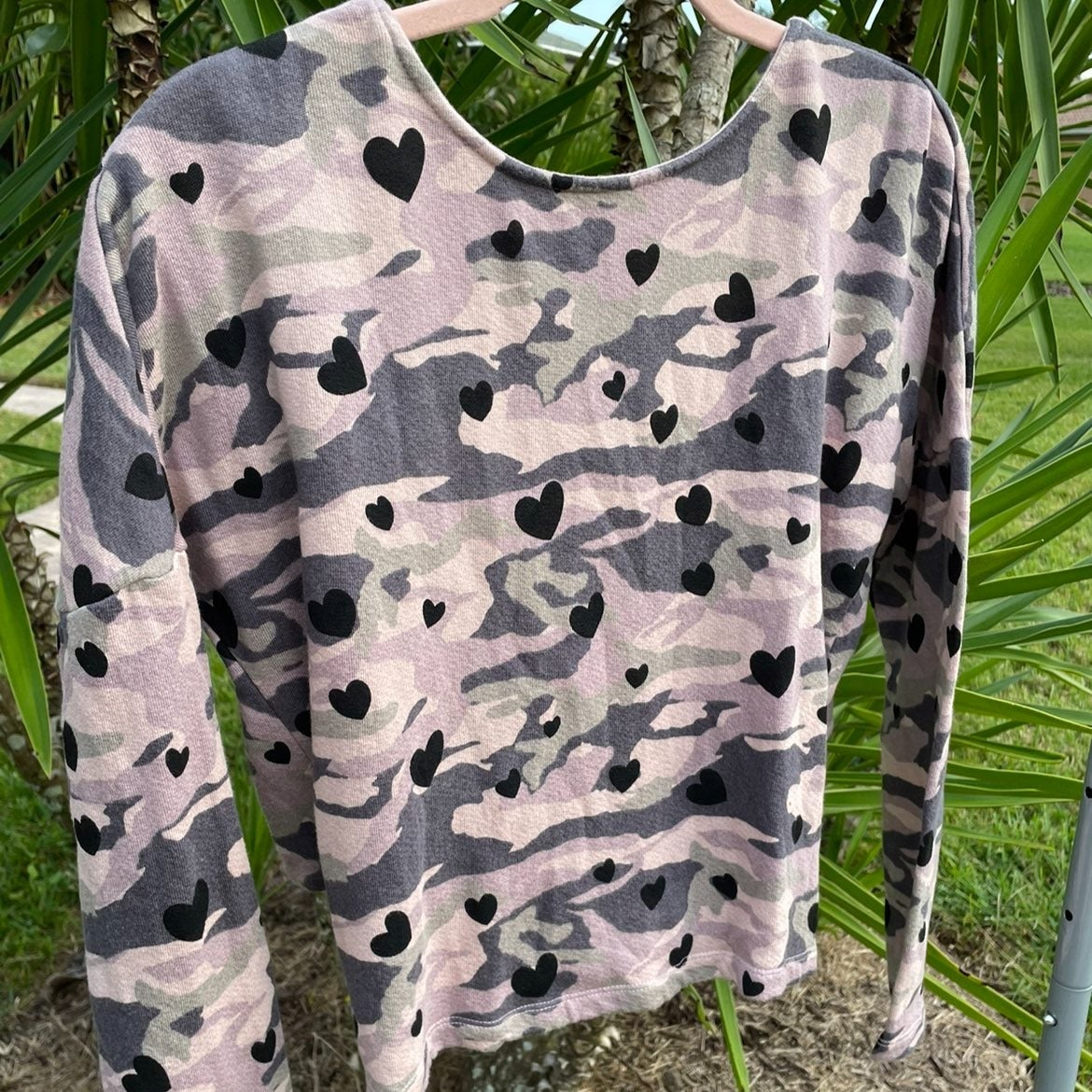 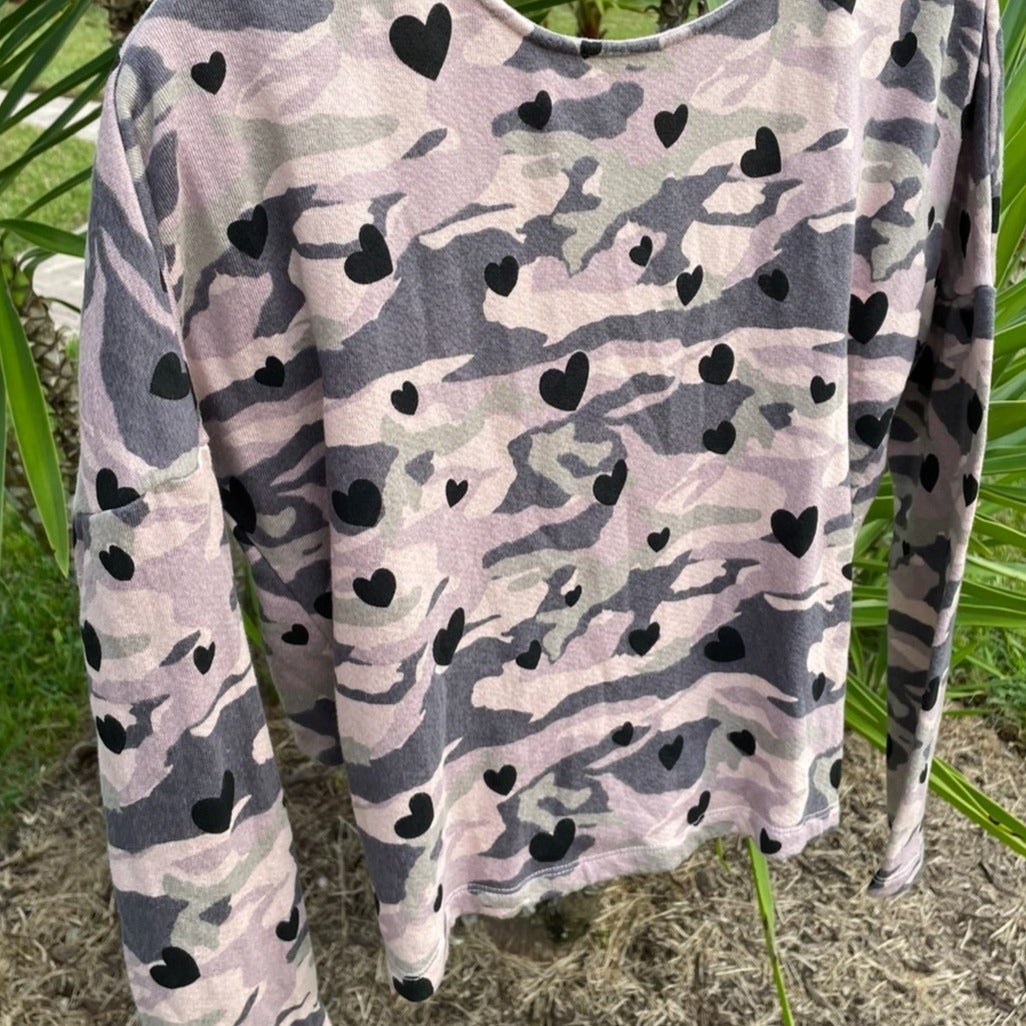 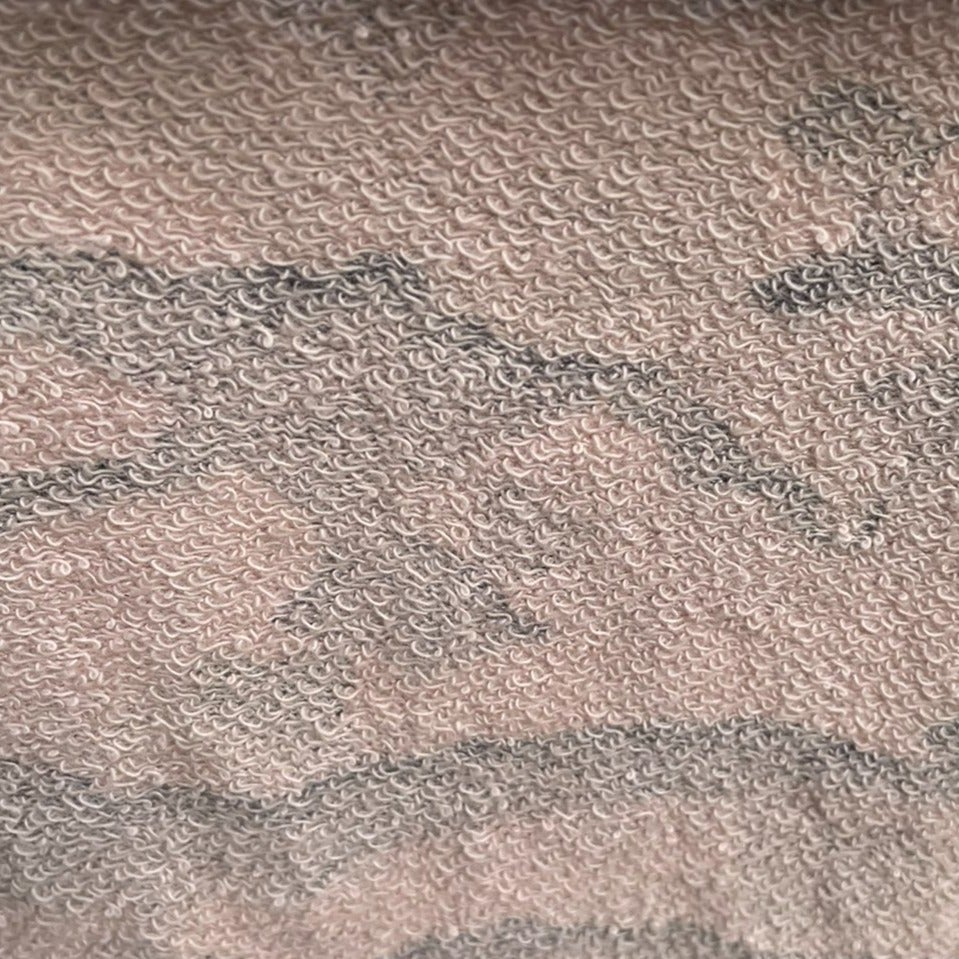 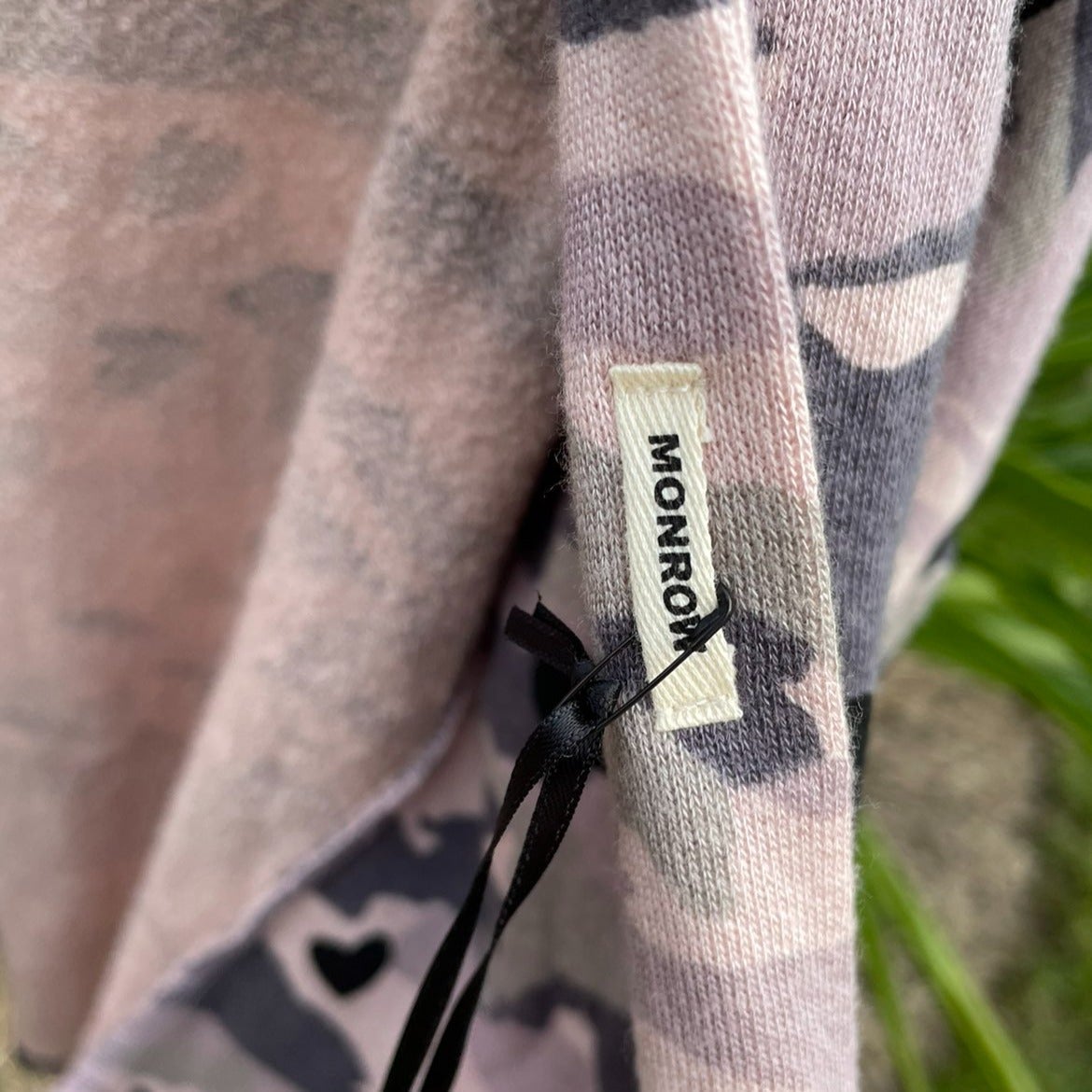 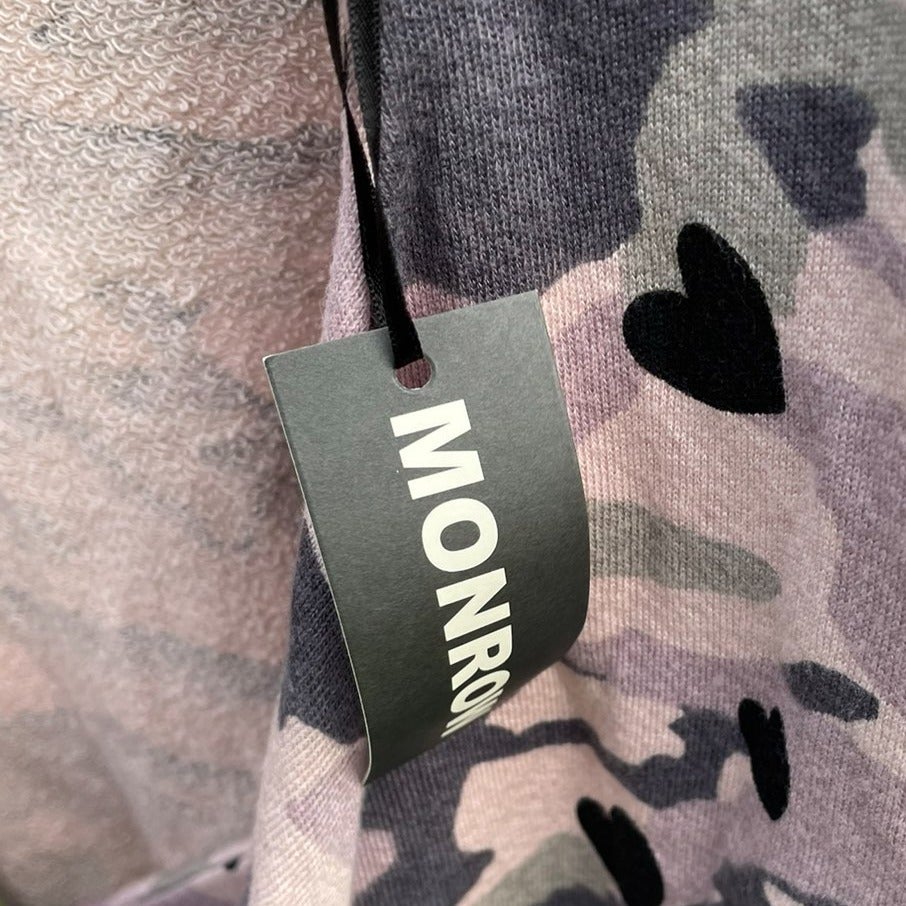 This is a brand new with tags Monrow Pastel Heart Camo Open-Back Terry Sweatshirt. This beautiful sweatshirt features cotton French terry fabric, pastel color scheme, camo print accented with black hearts, and an open twist back. Can be worn with surplice on the front or back. 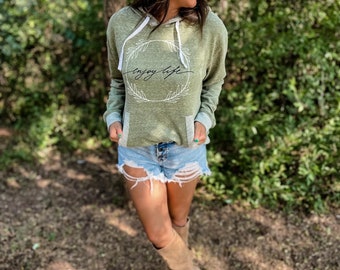 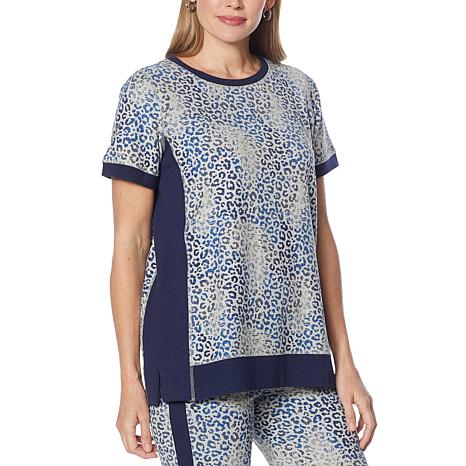 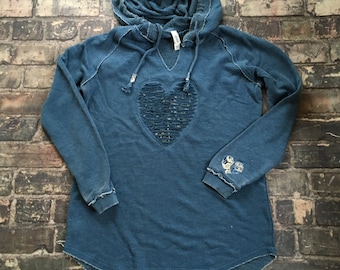 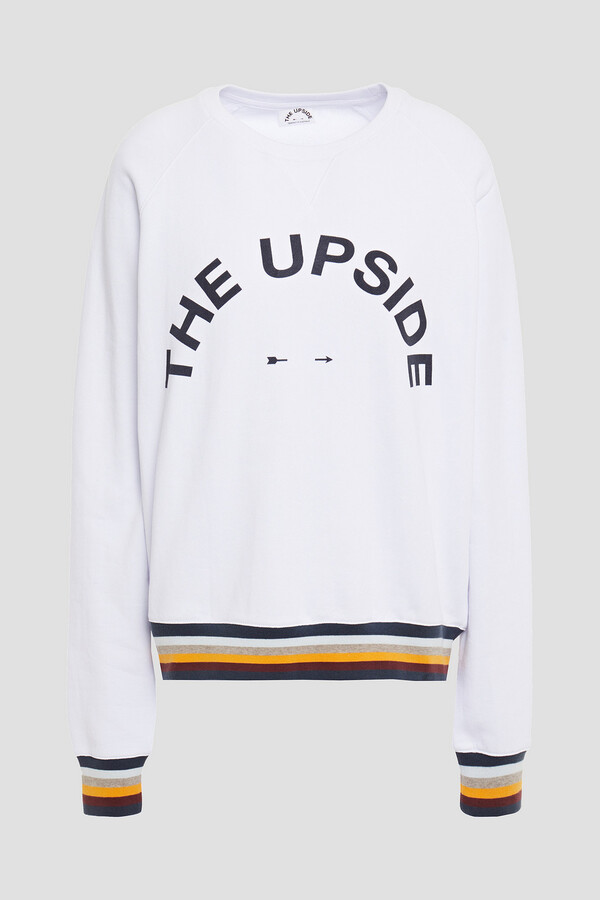 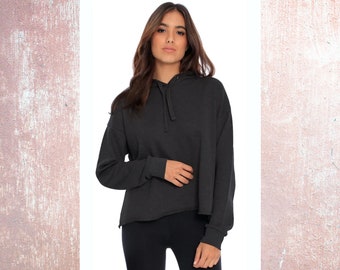 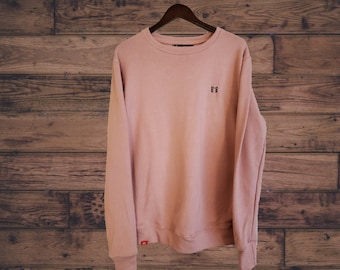 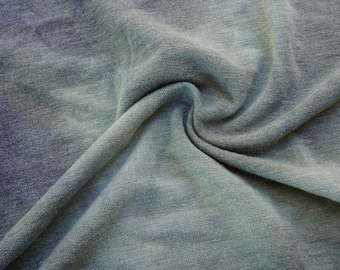 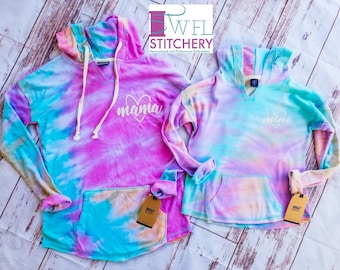 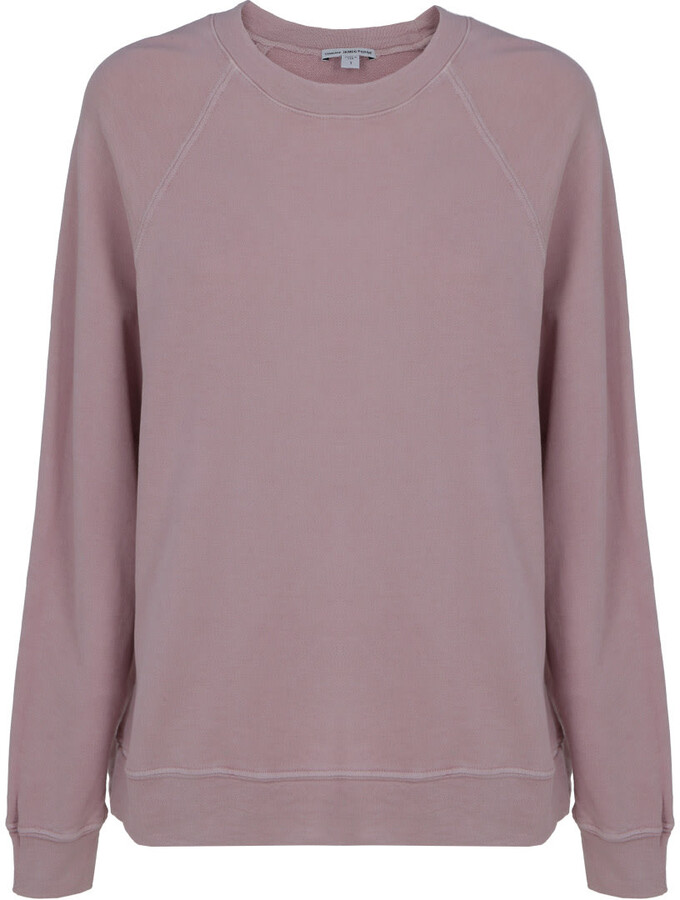 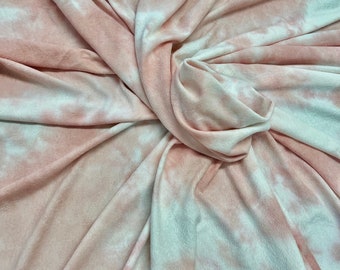 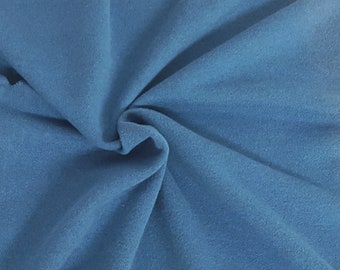