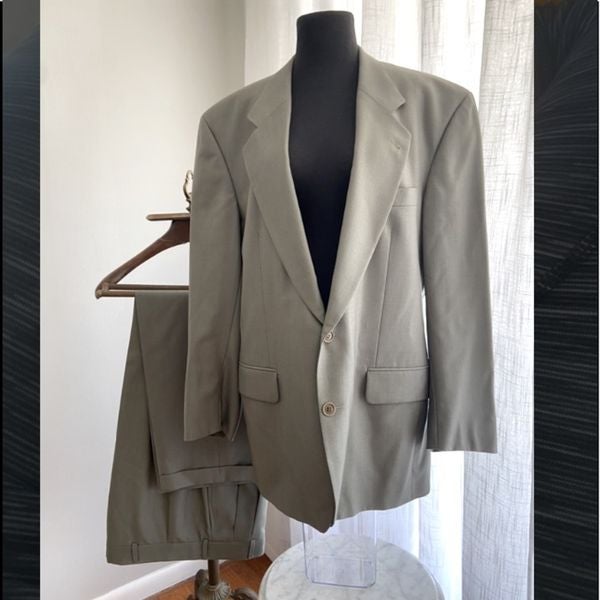 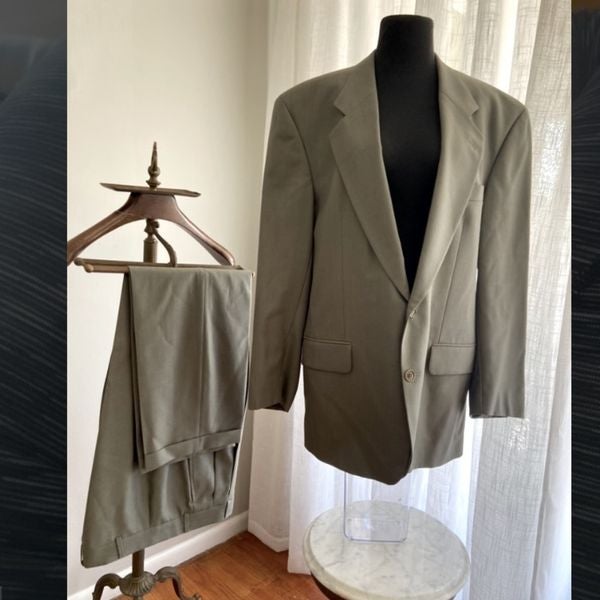 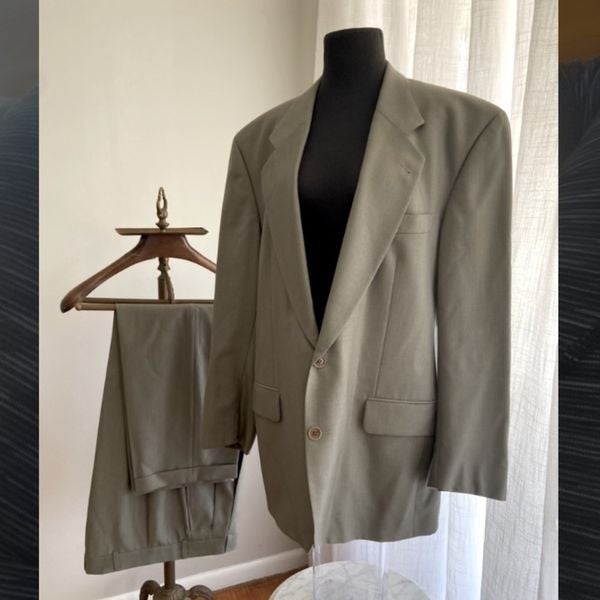 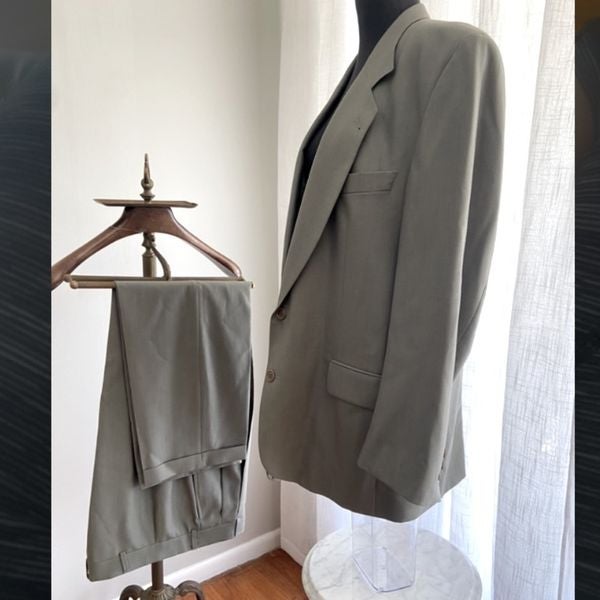 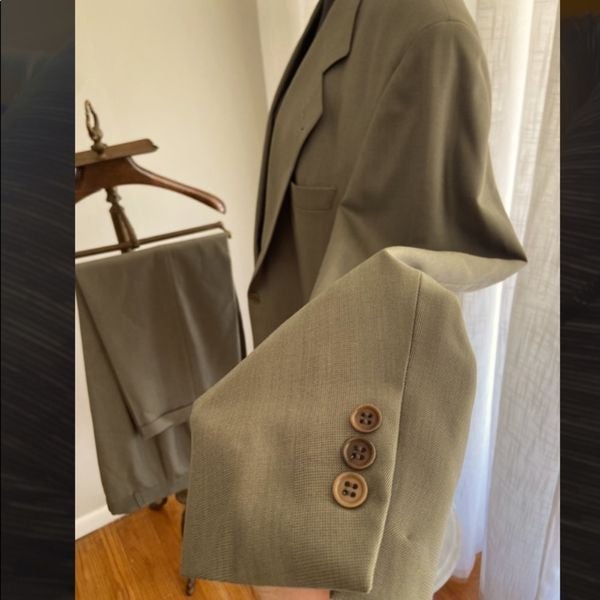 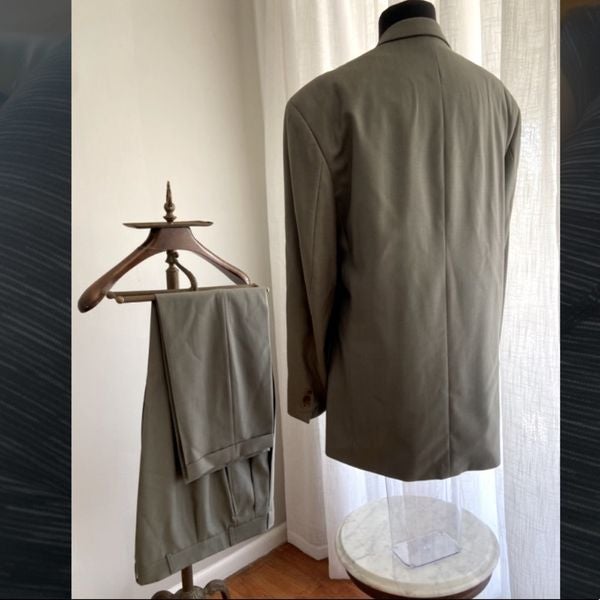 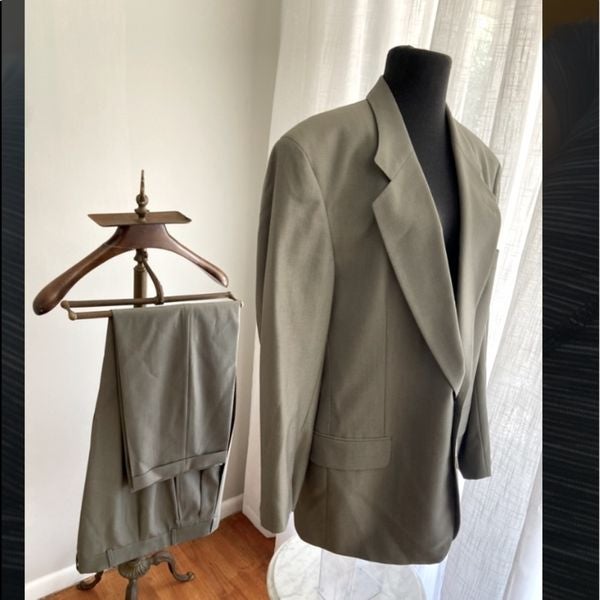 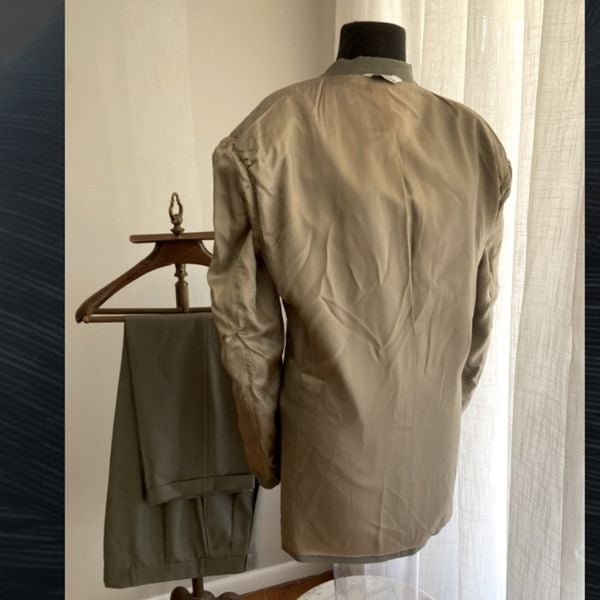 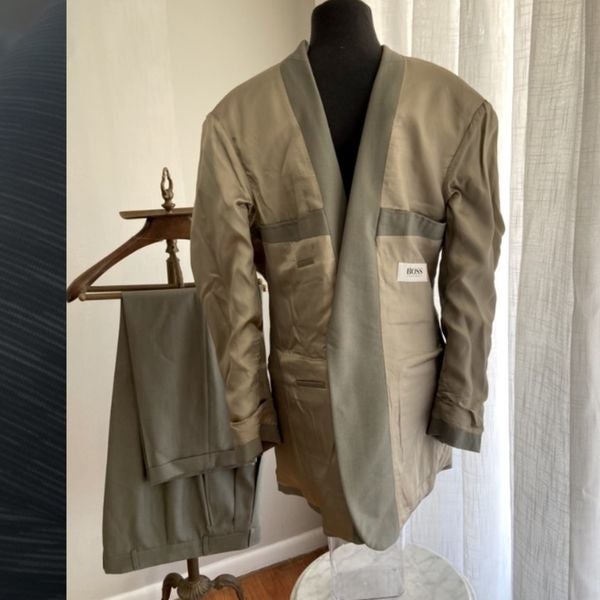 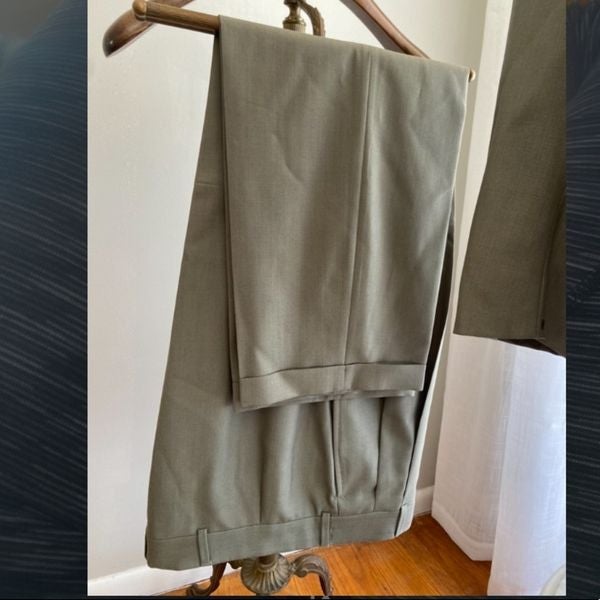 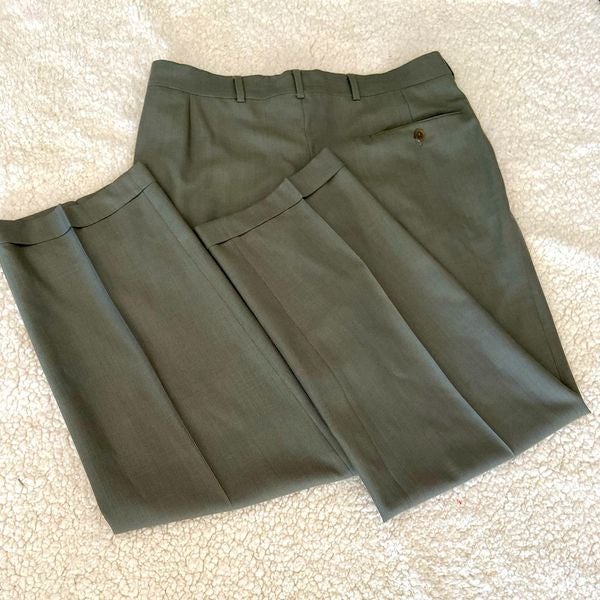 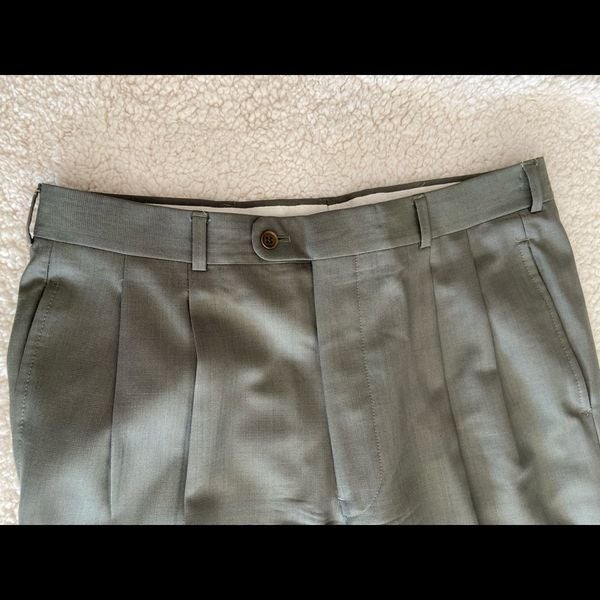 Never been worn ,tags removed. Hugo Boss Corleone/ Chicagofrom The rare ” if looks could kill” Collection. Obsessed with the color of this suit, It is a distinct but settle olive green for a definite standout look! Green is the new color for the season and this suit is perfect!
Two button front; notched lapel; three button cuffs detail; no vent
Matching flat front trousers; Cuffed 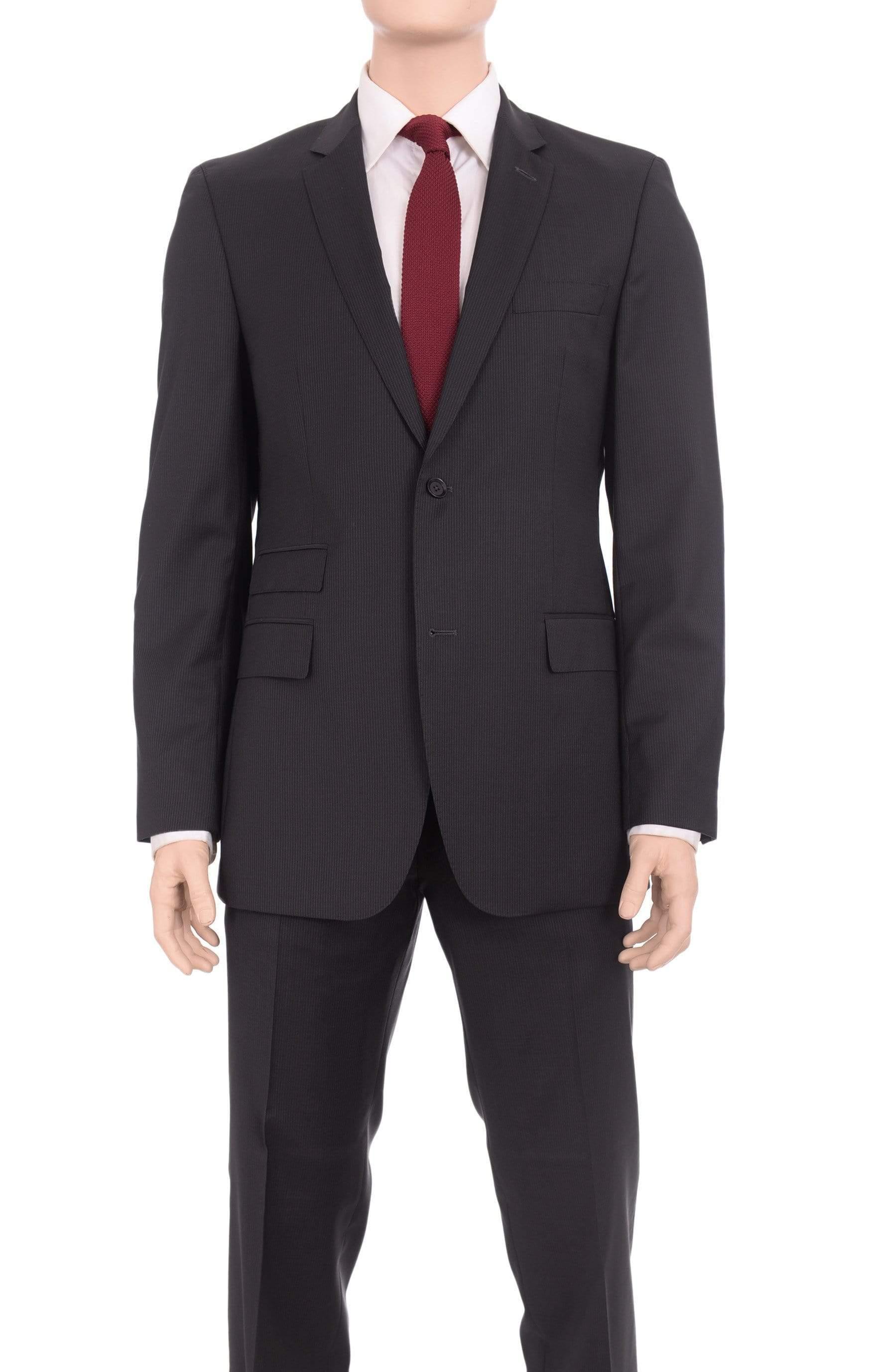 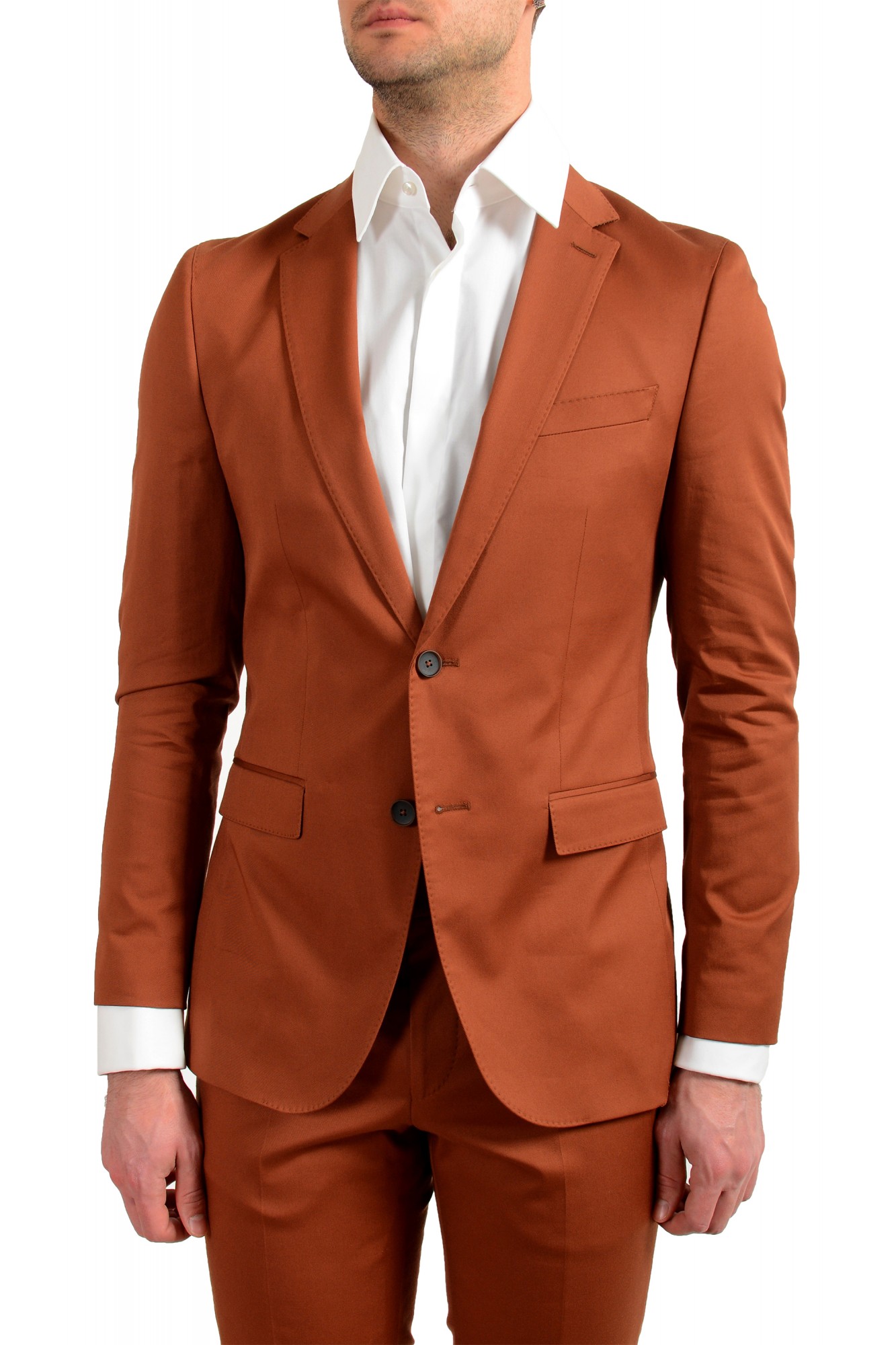 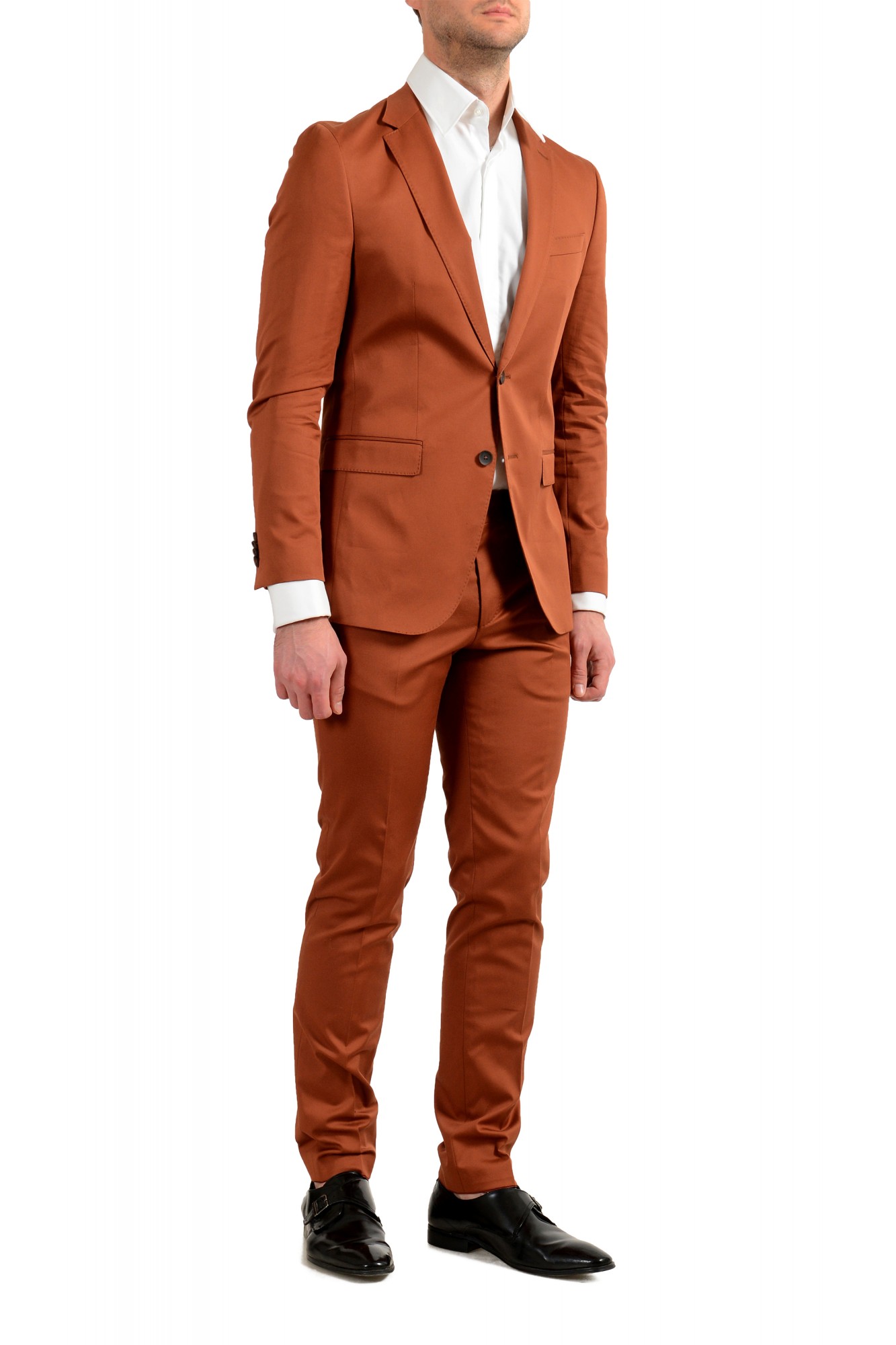 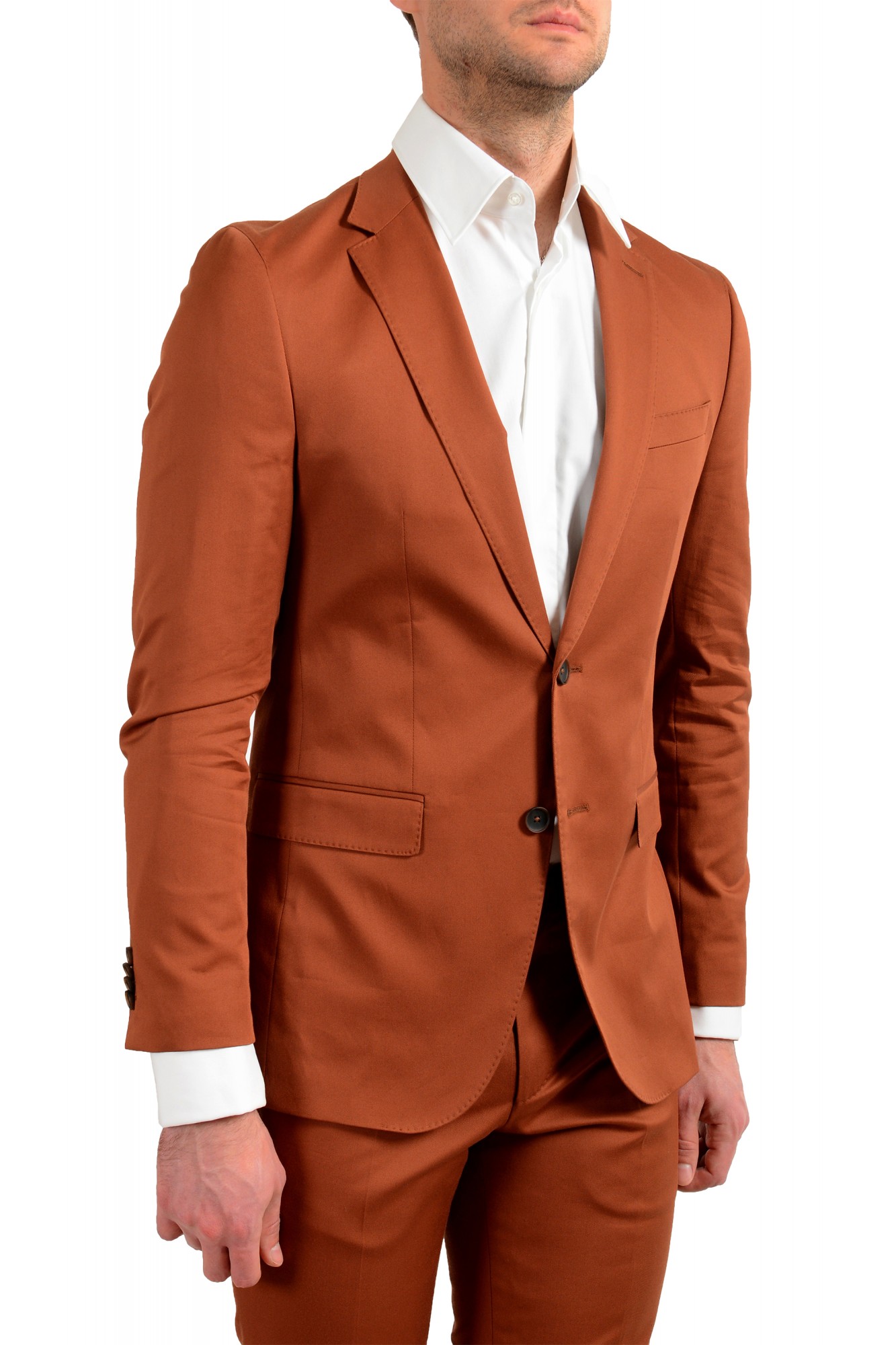 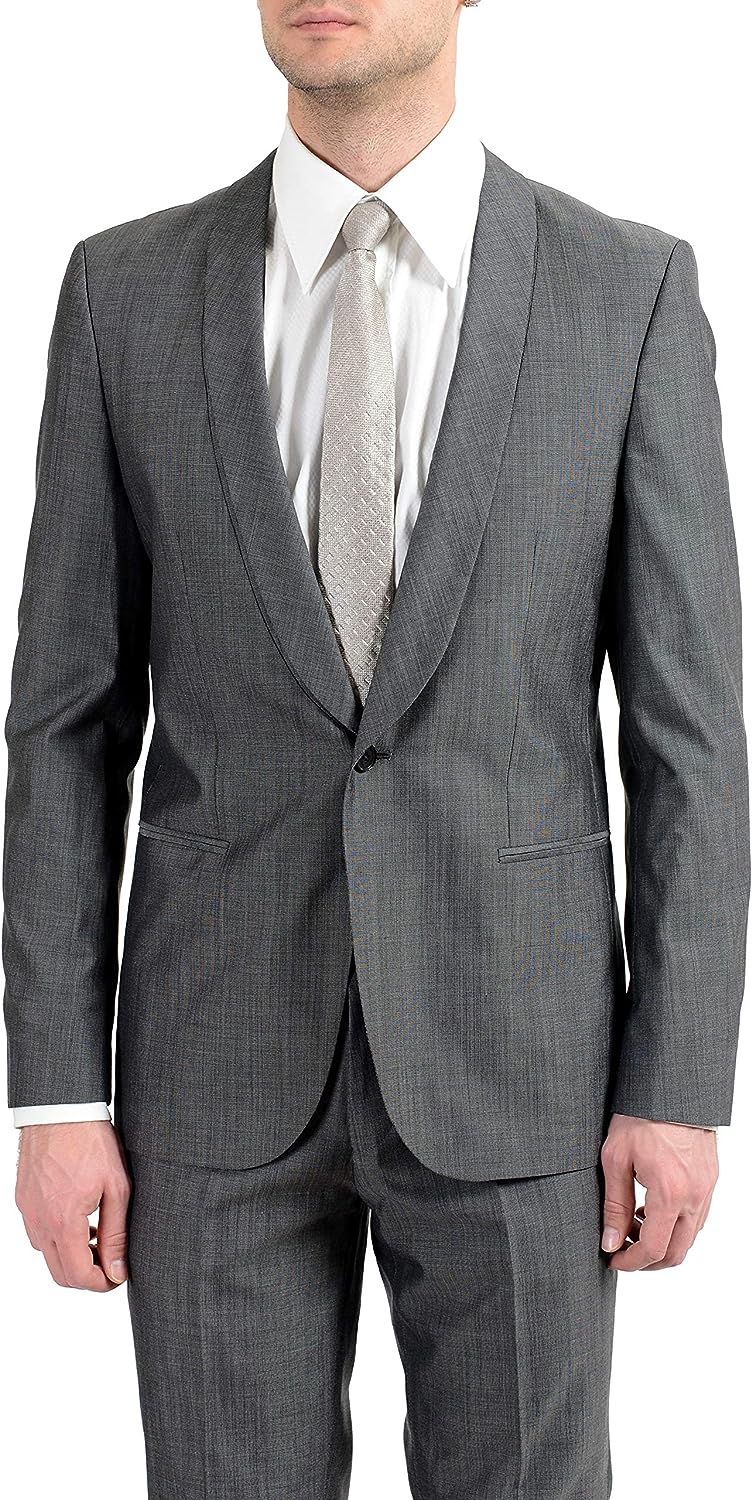 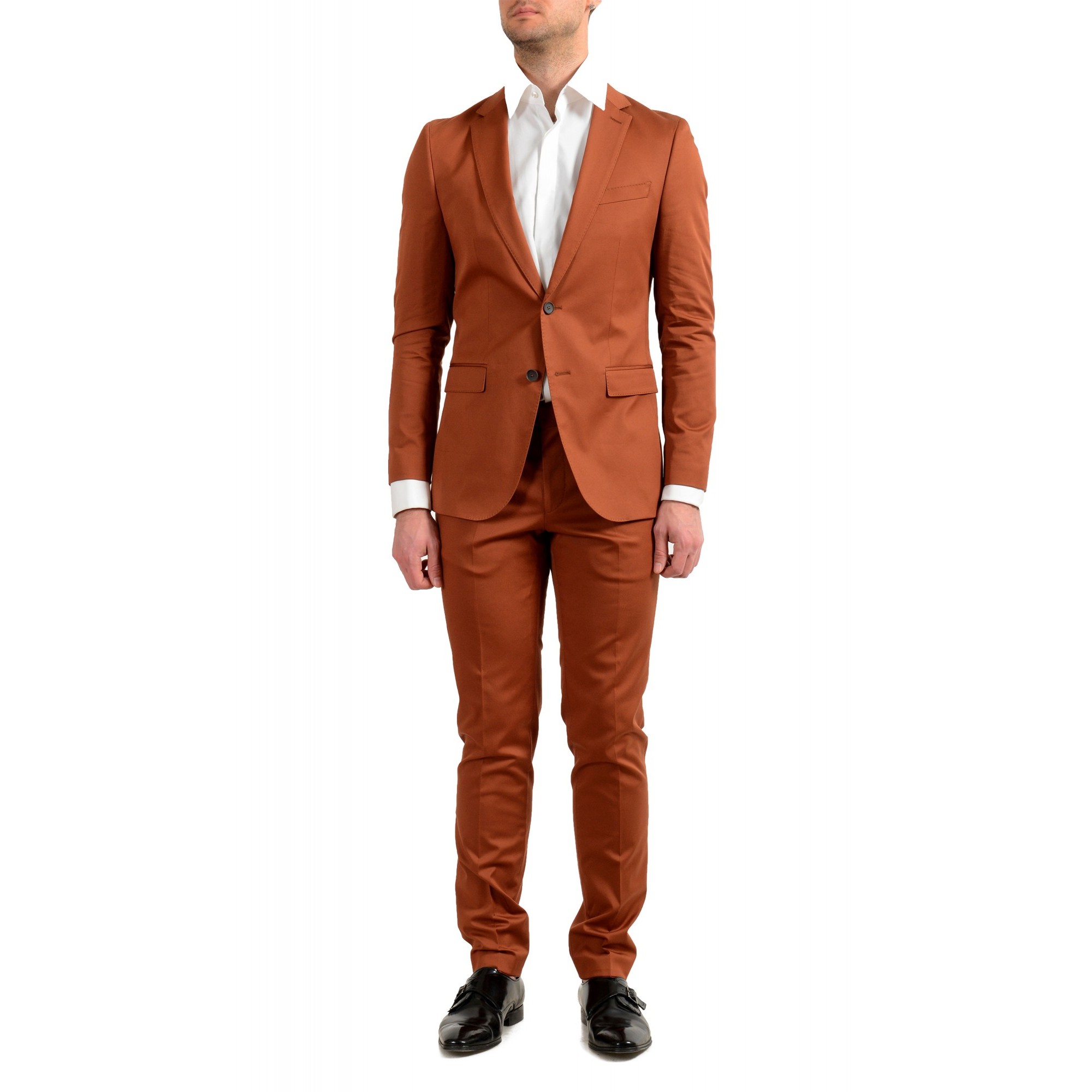 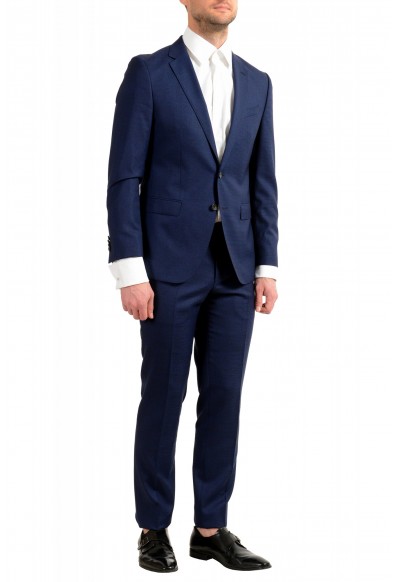 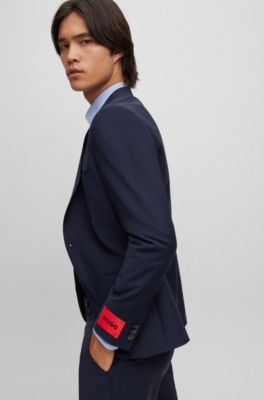 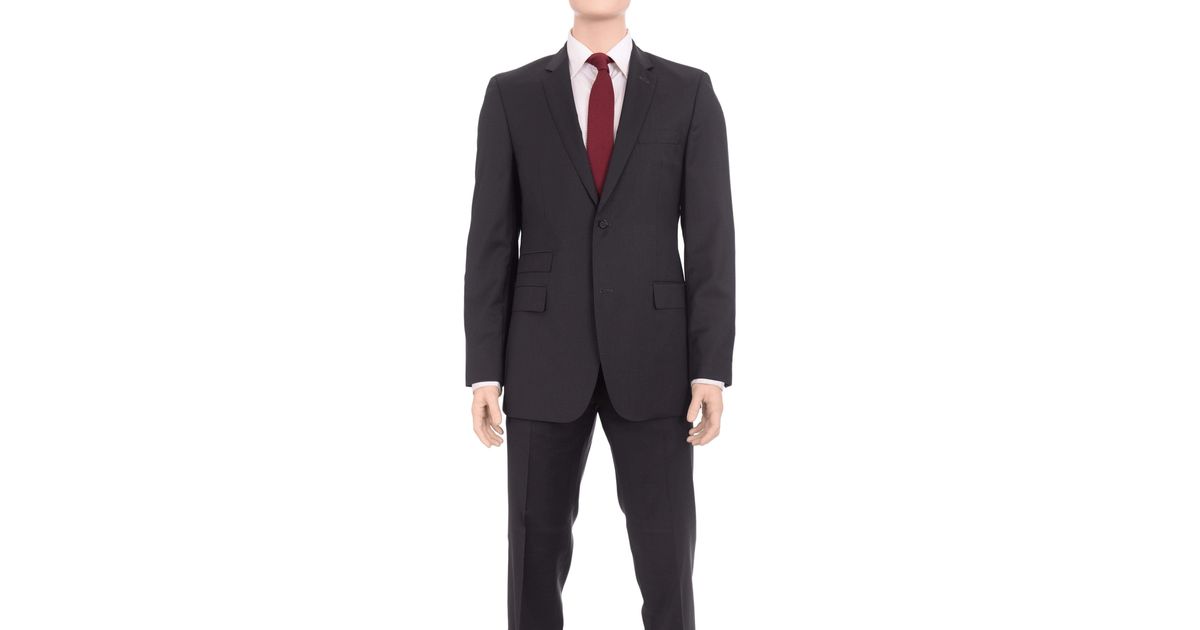 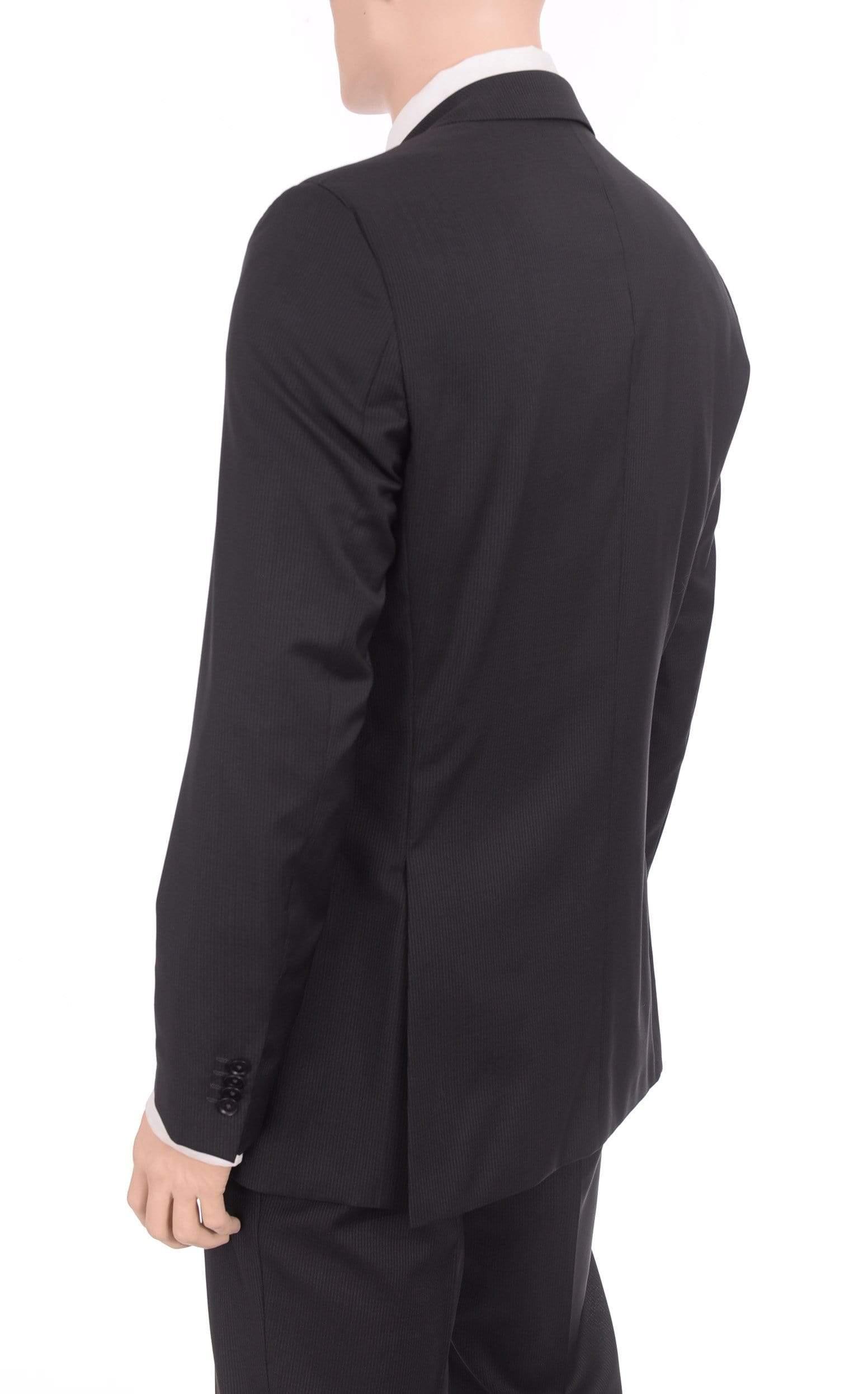 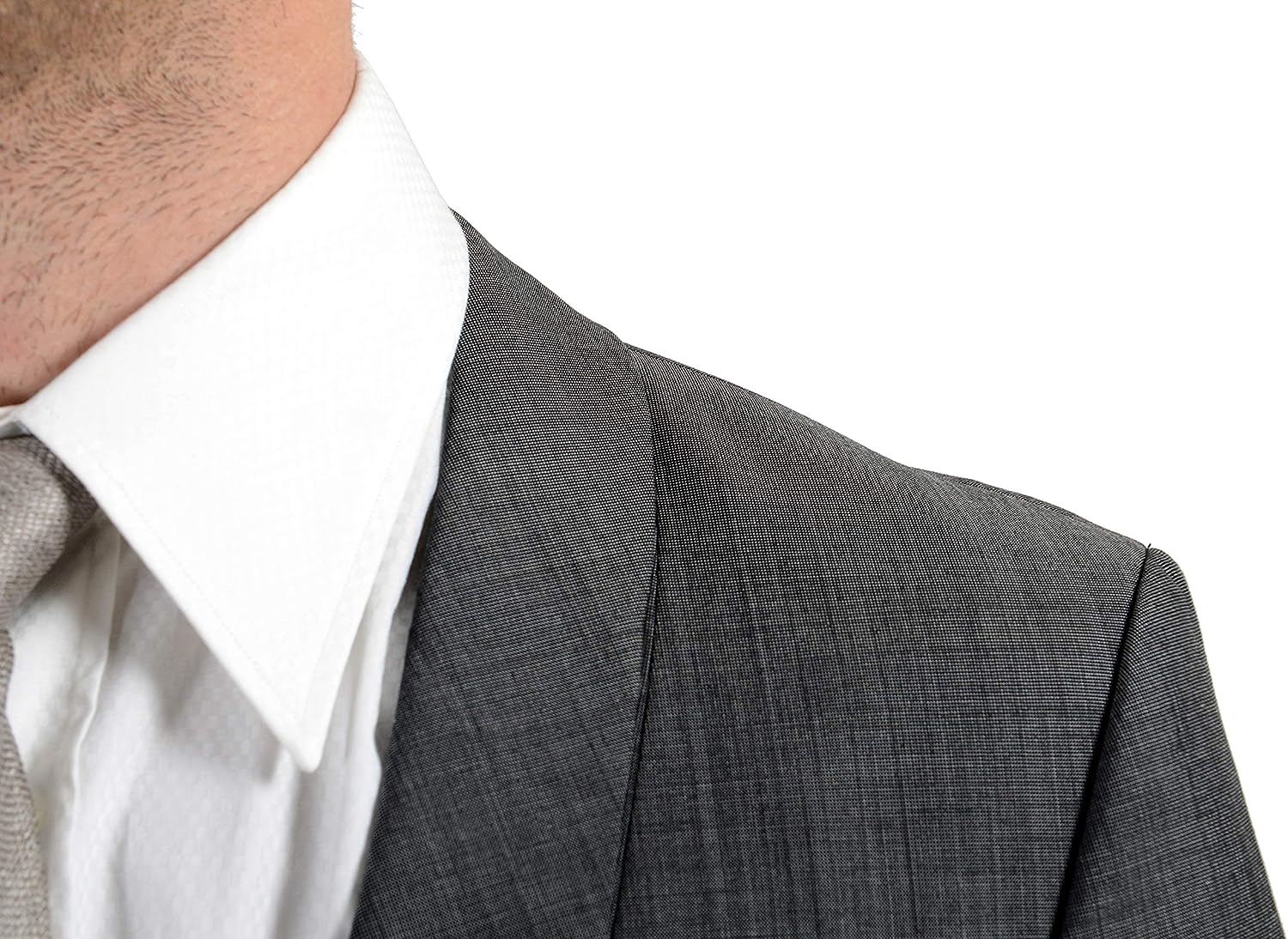 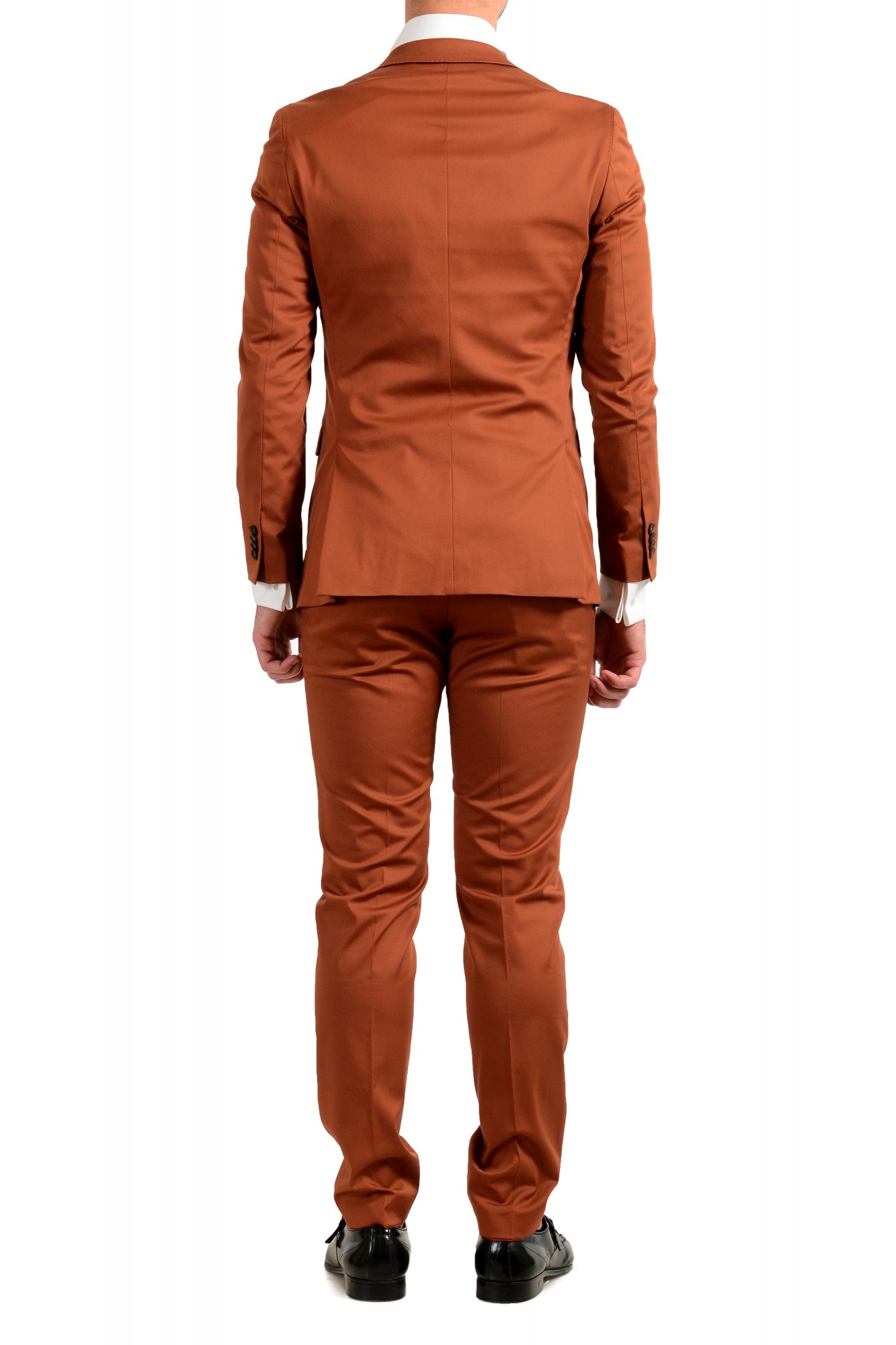 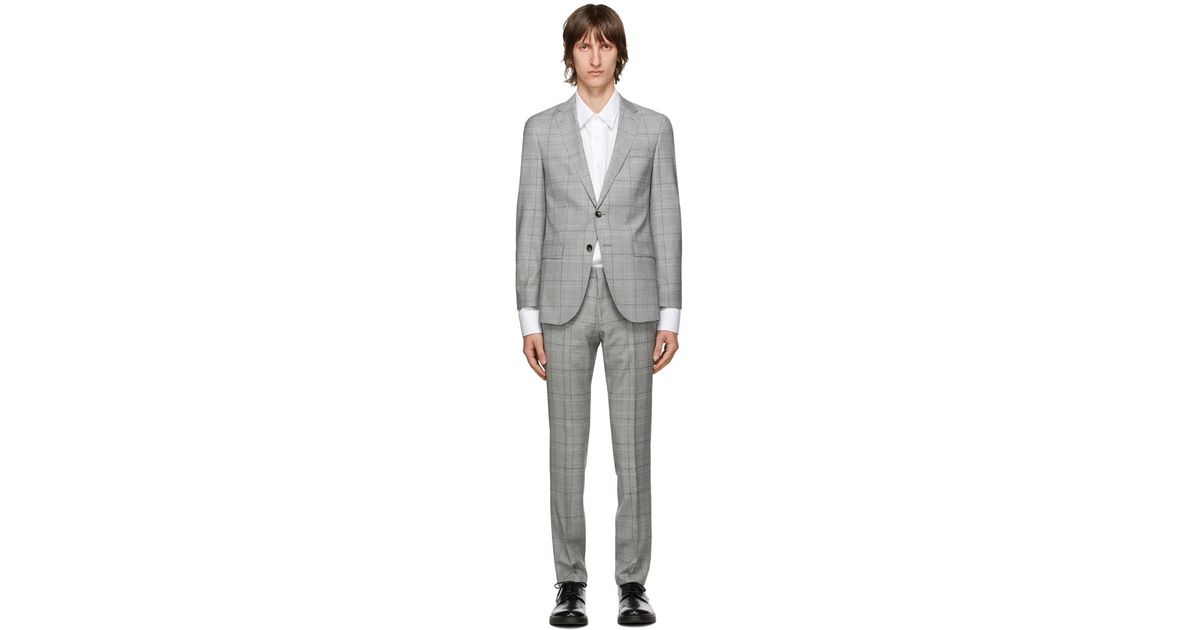