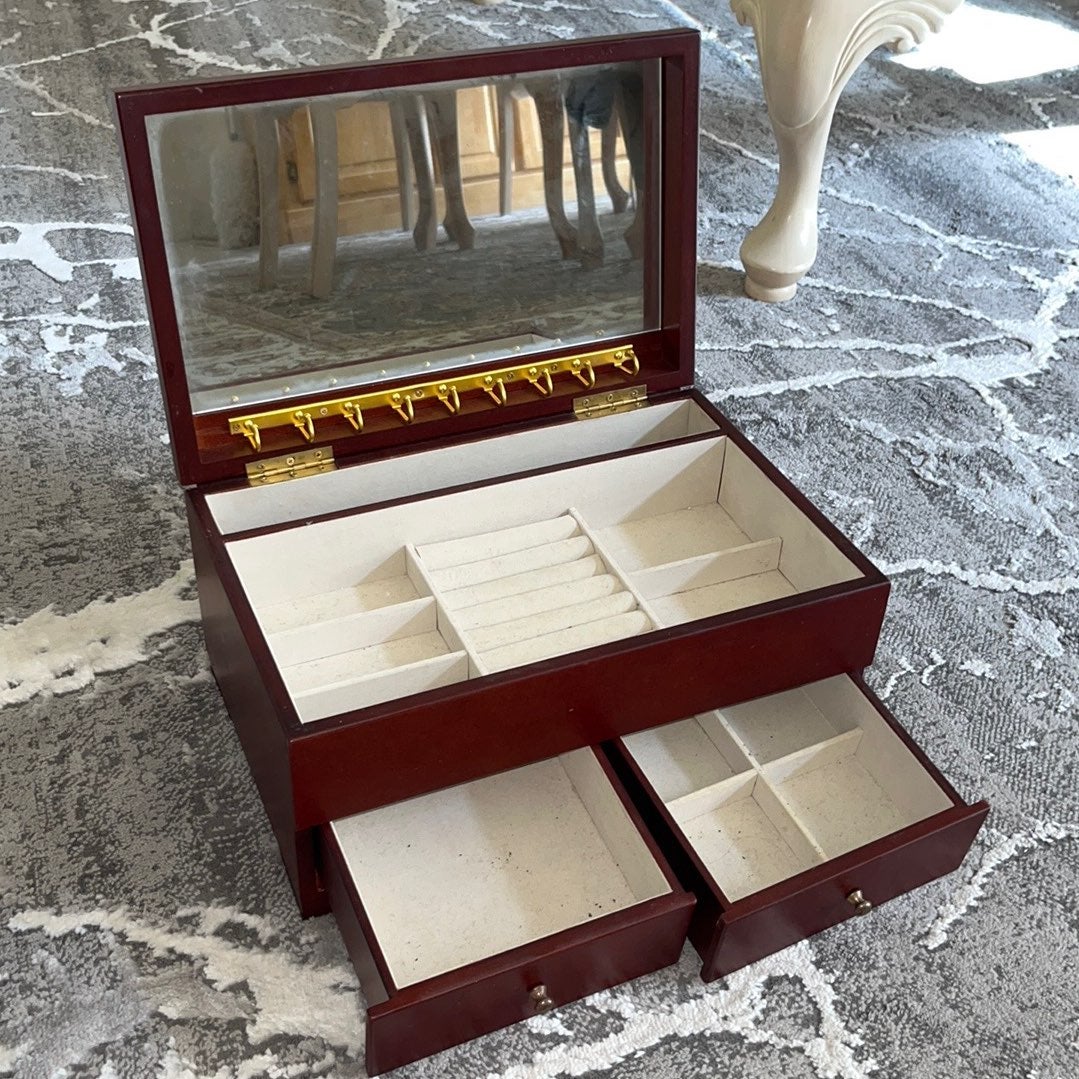 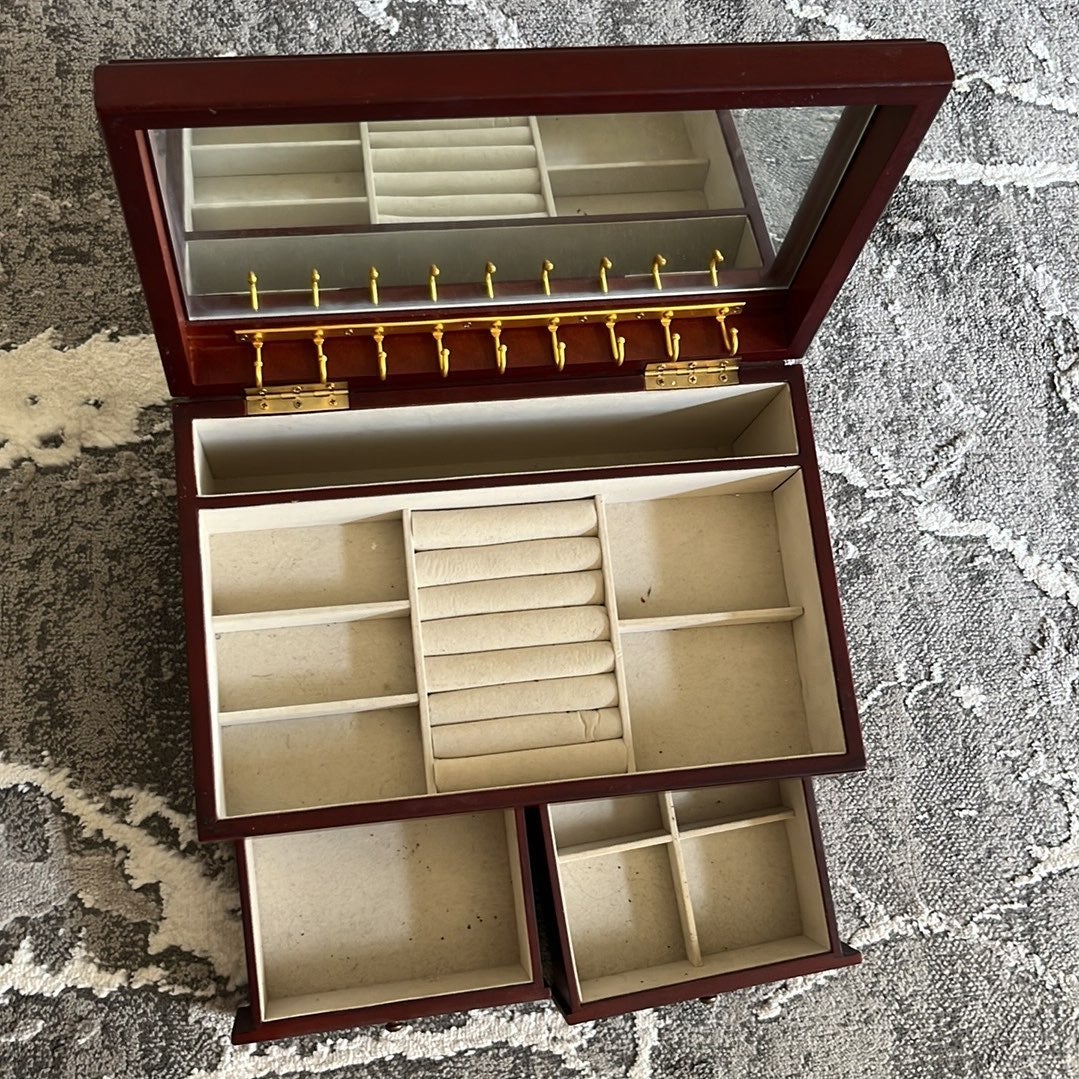 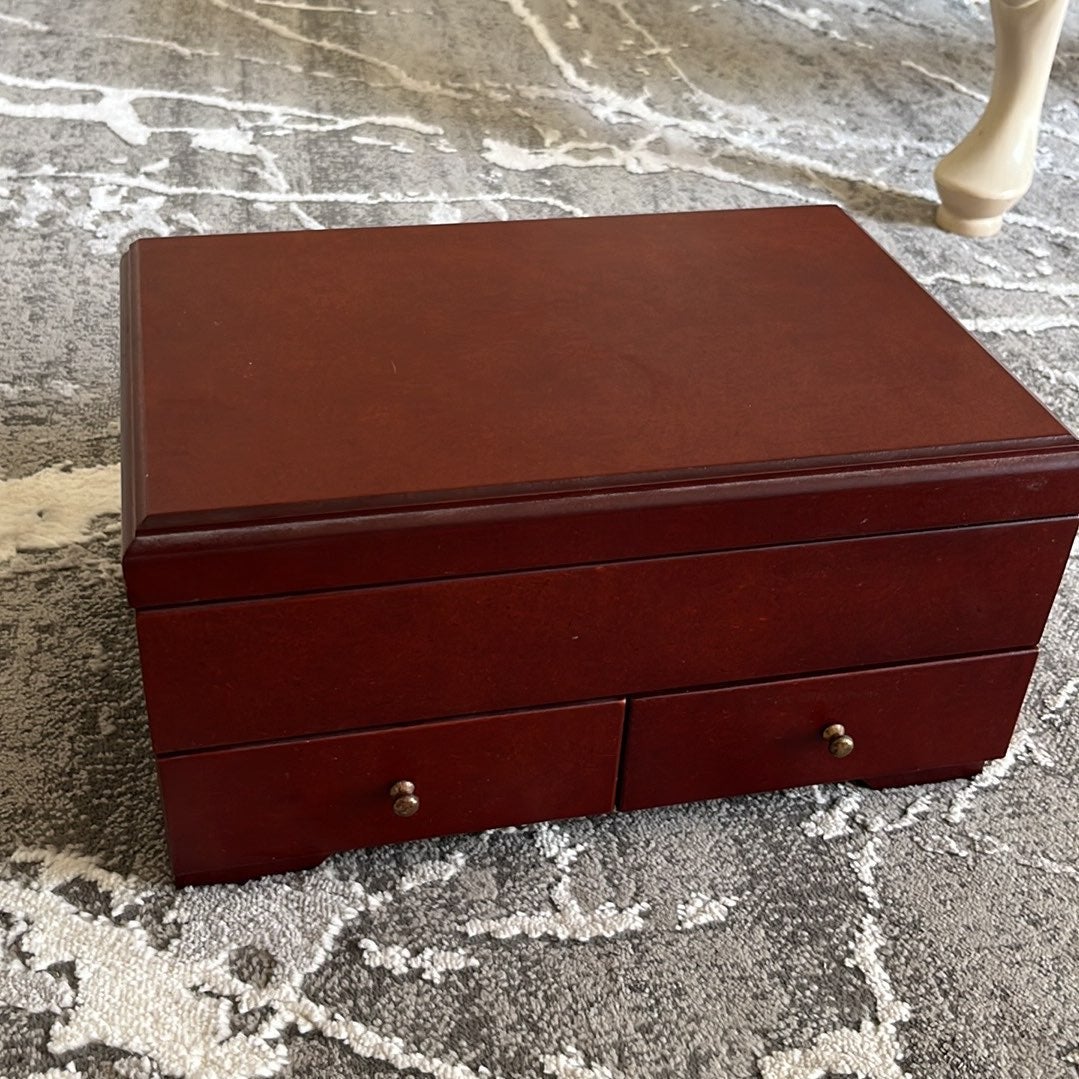 *pre owned and will be cleaned before shipping… I just took out all my jewelry to take this photo. more new photos to come of the inside*

Rosewood color, real wood but I am not sure as to what exact type
Two bottom drawers
Top compartment has a middle ring organizer and 9 bracelet hooks 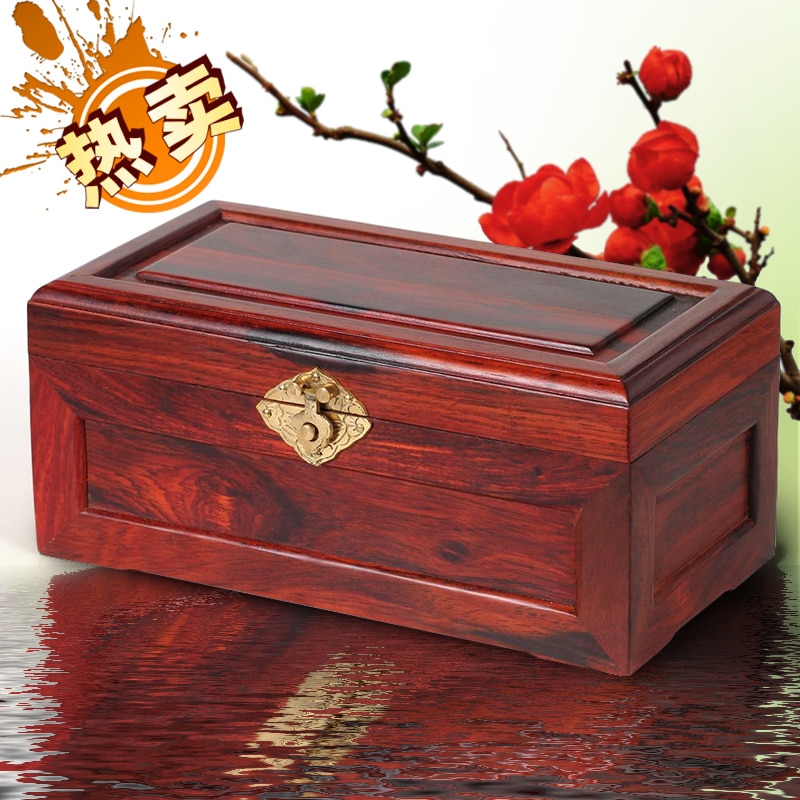 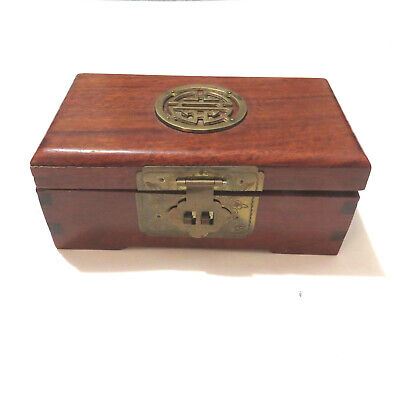 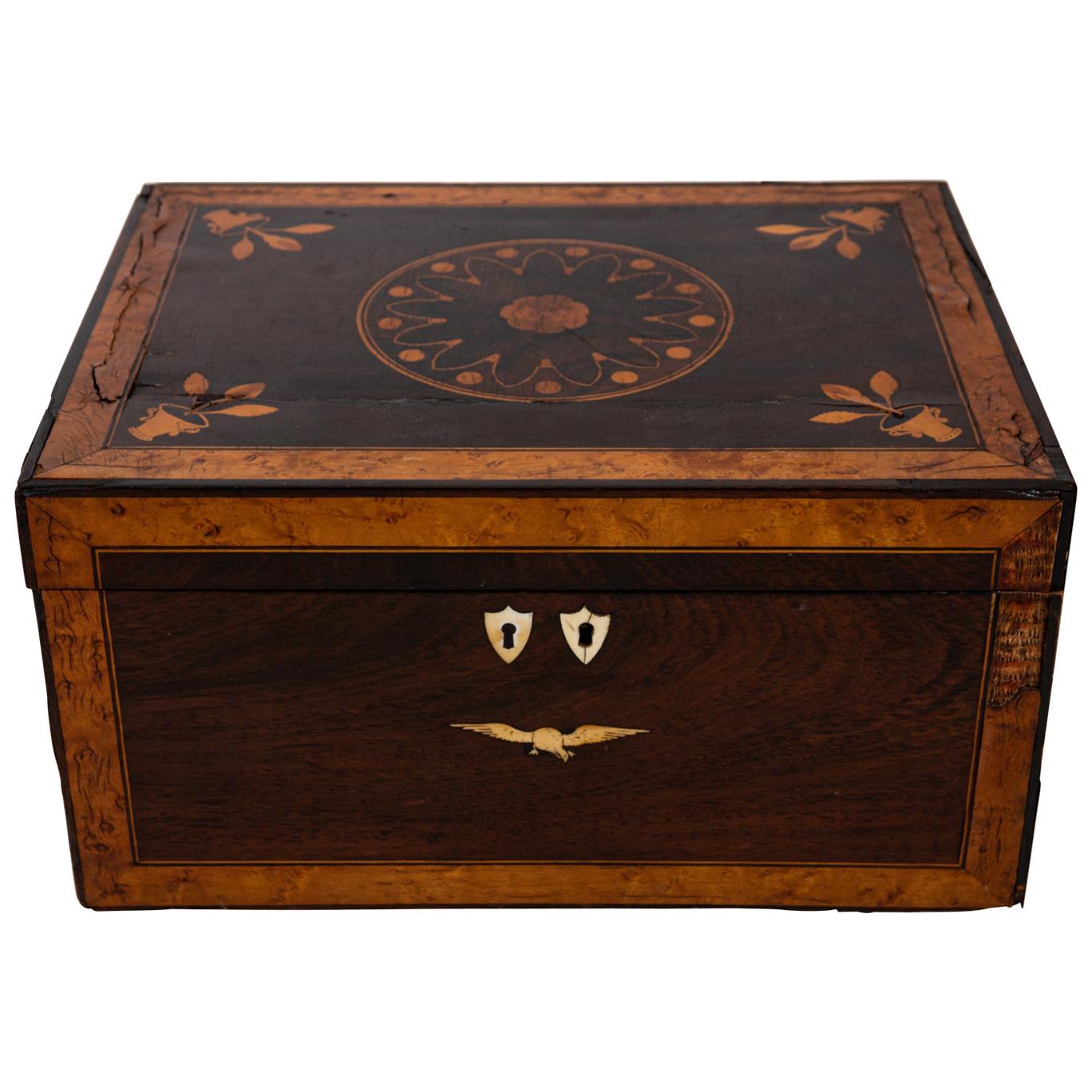 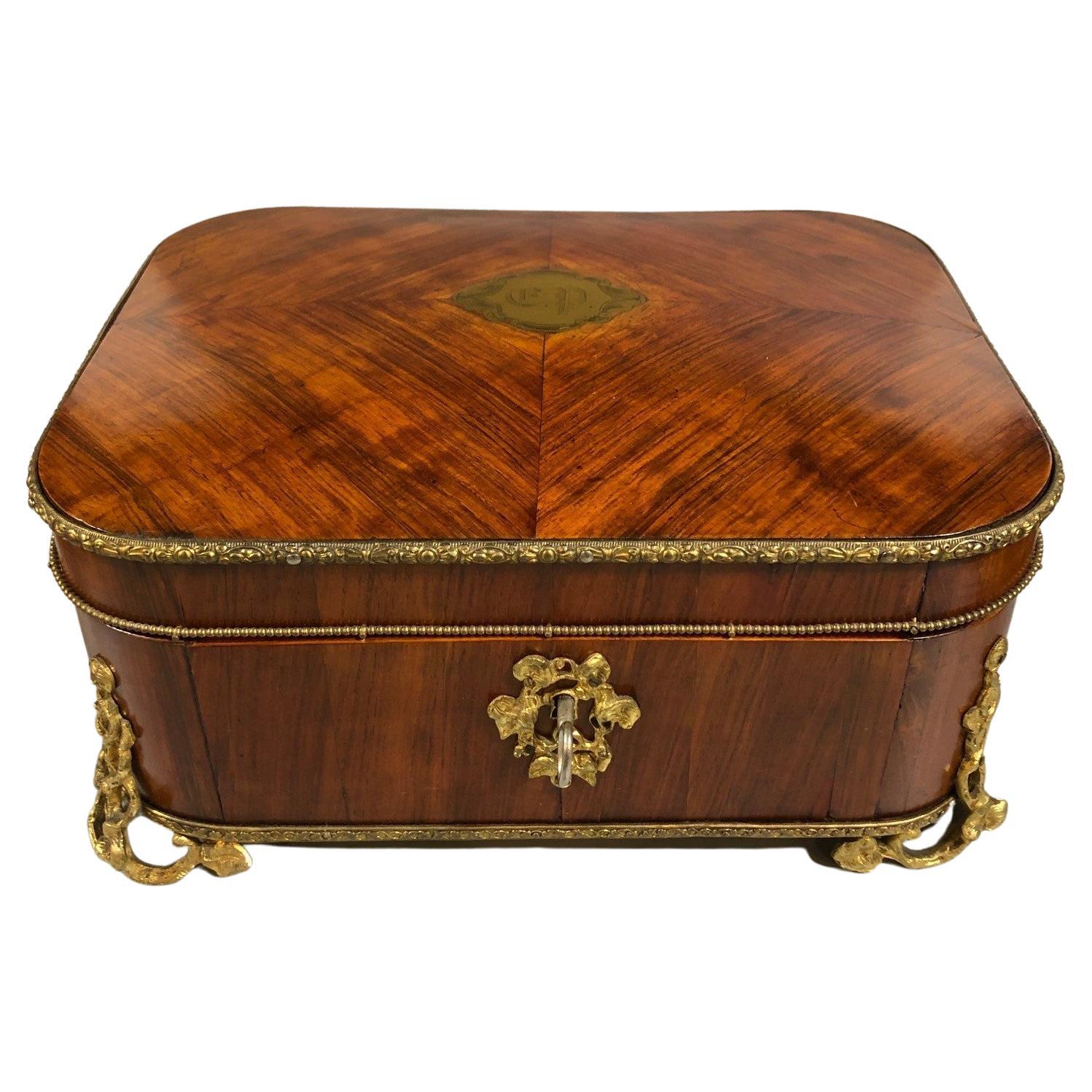 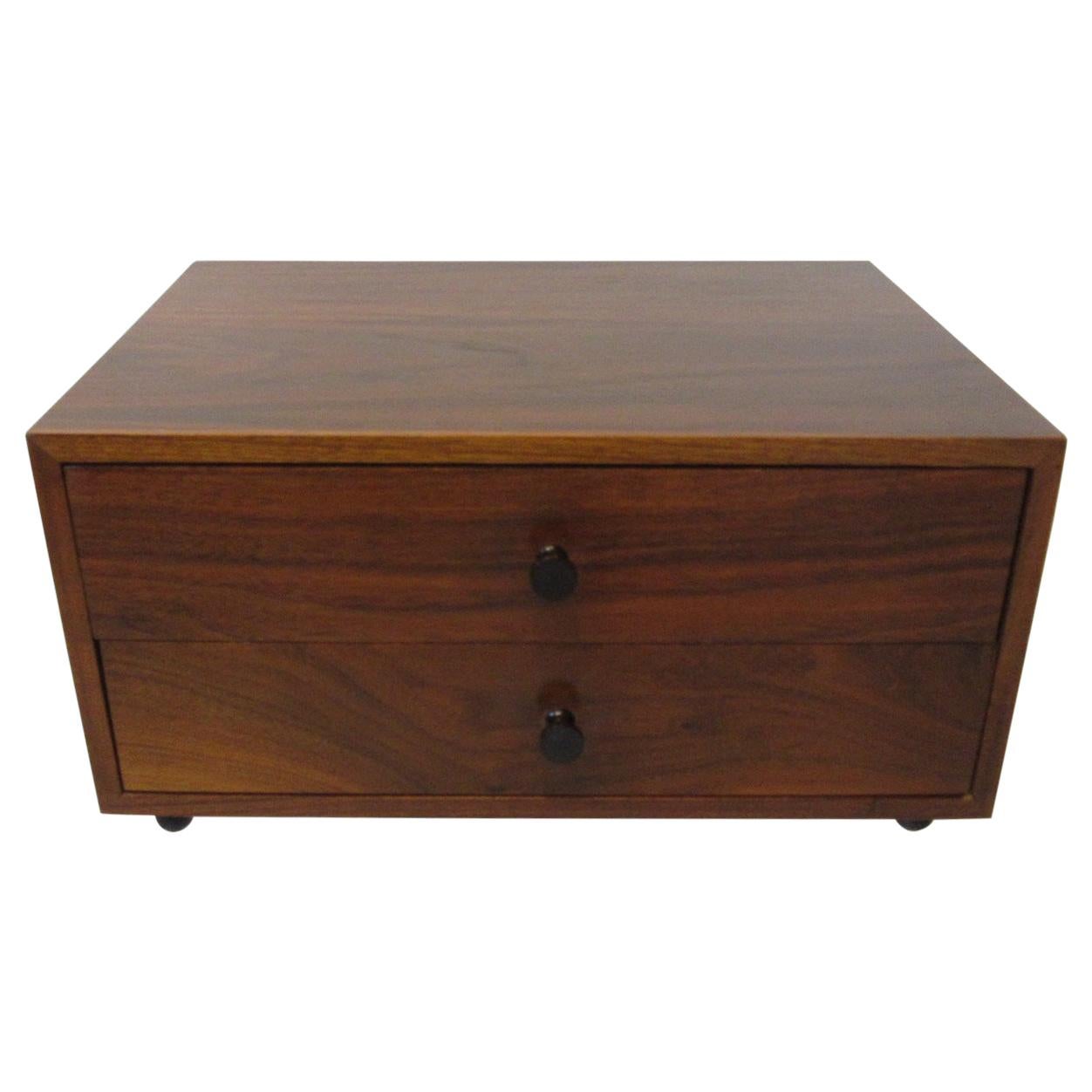 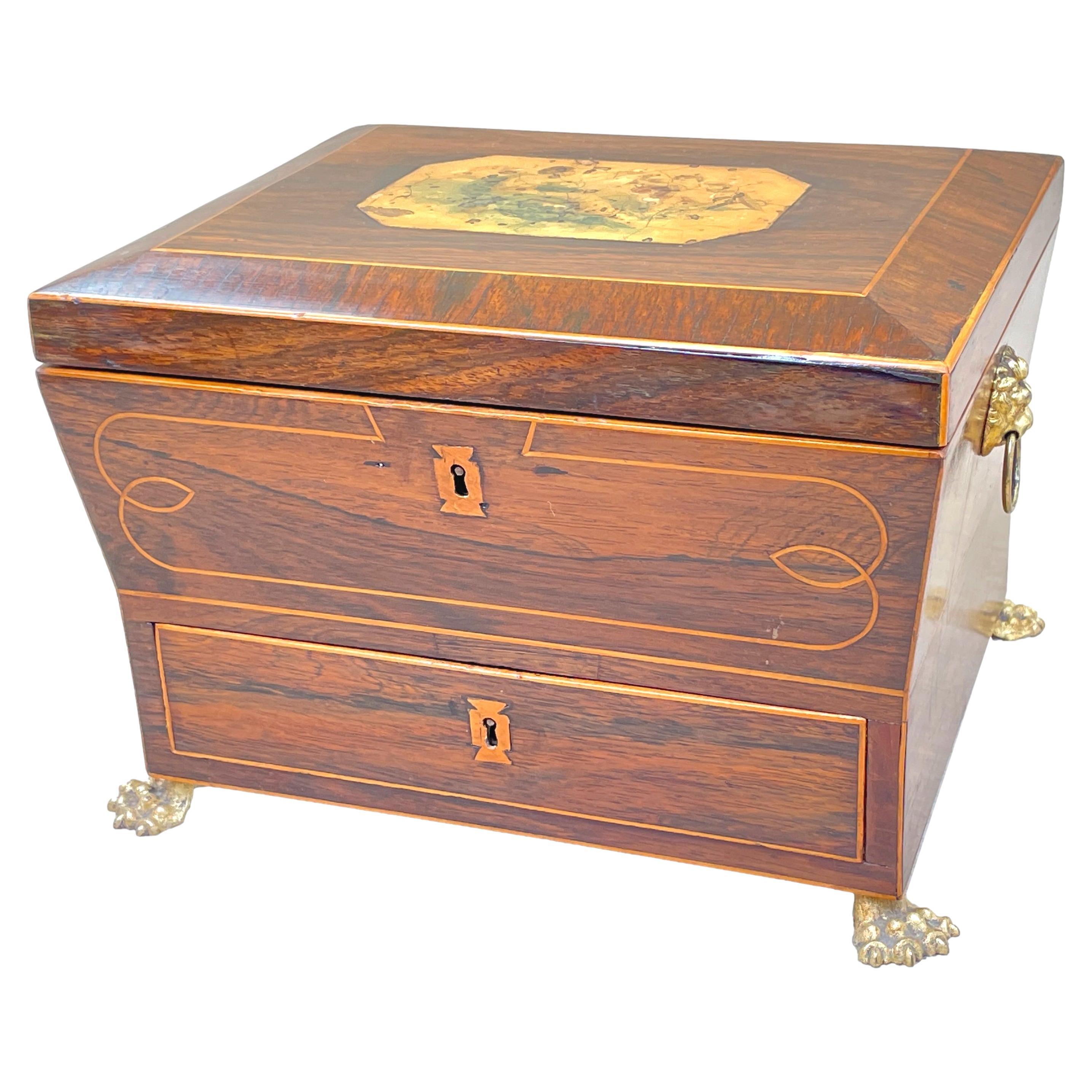 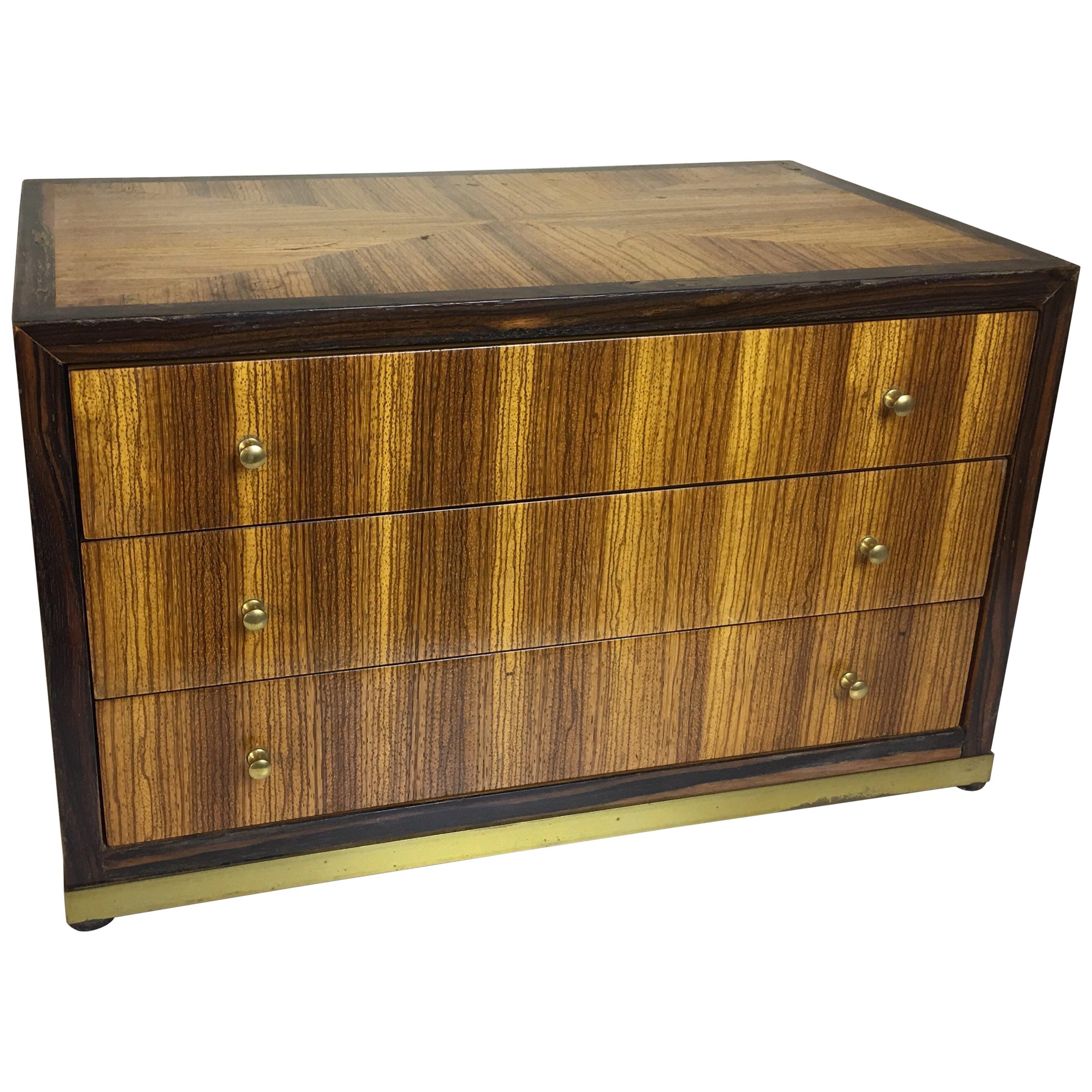 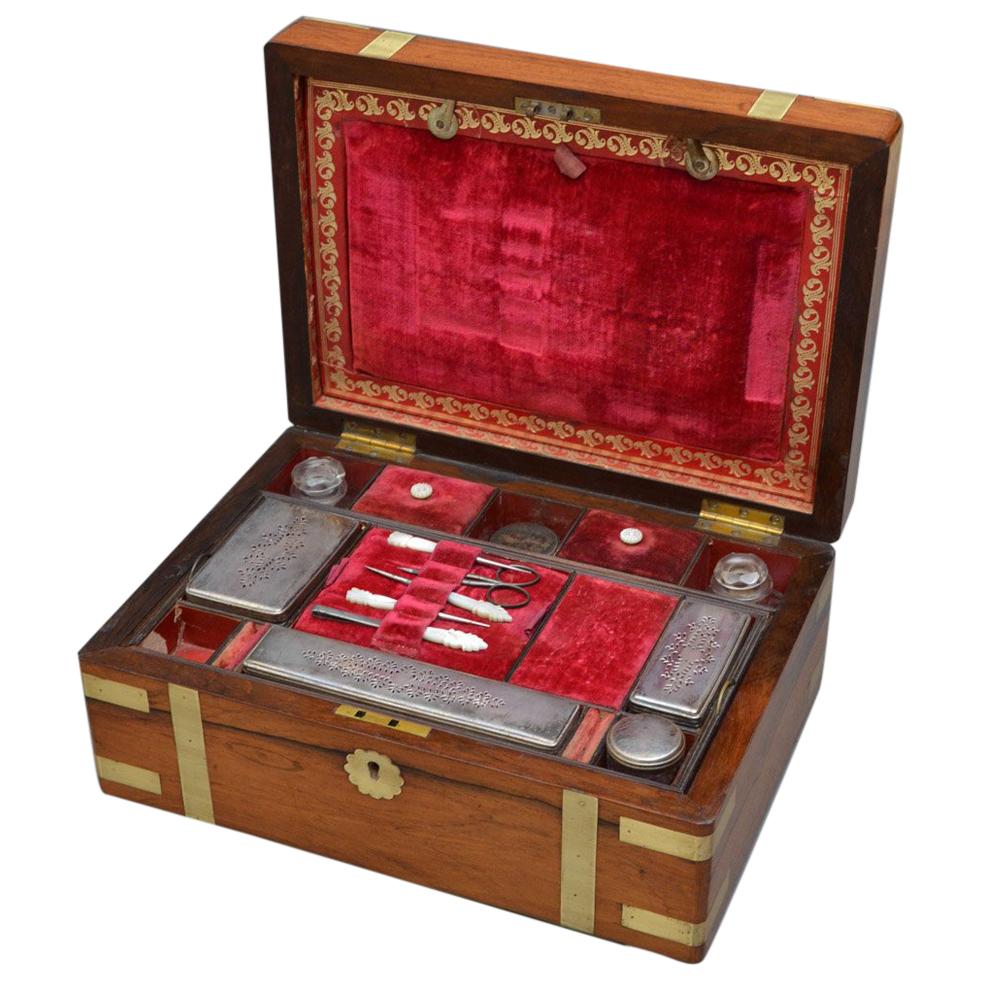 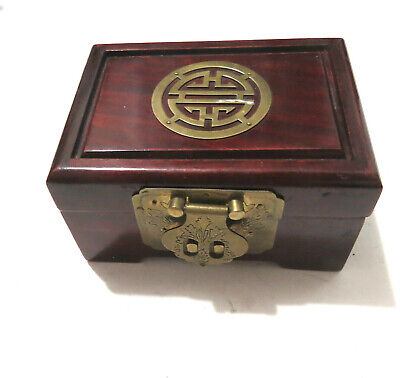 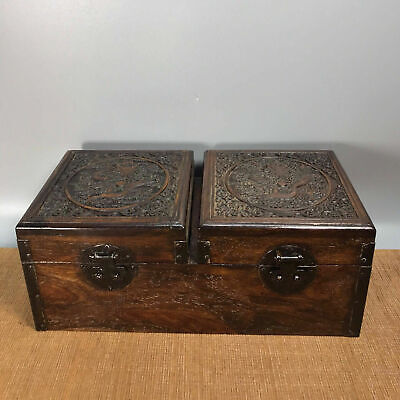 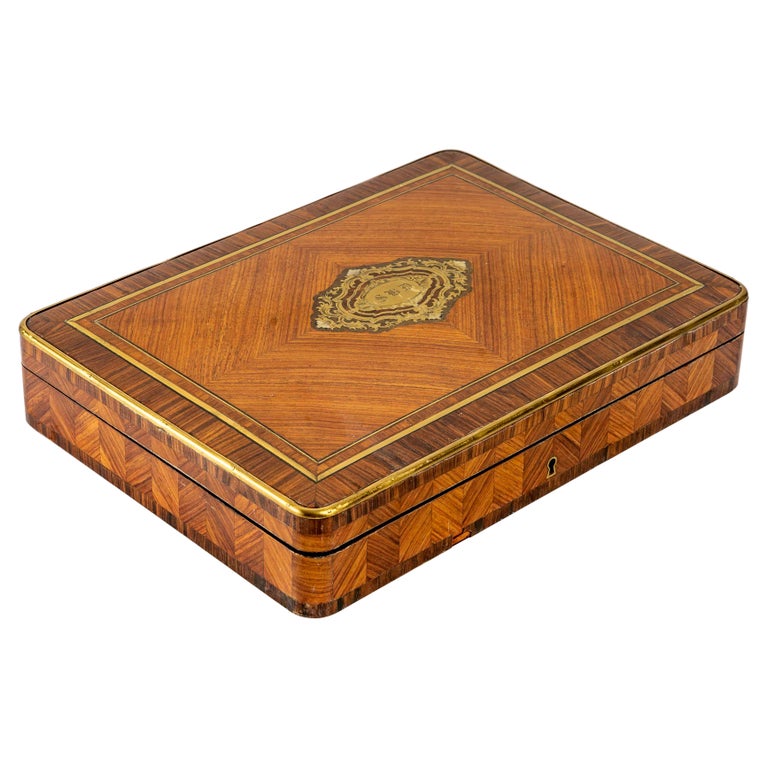 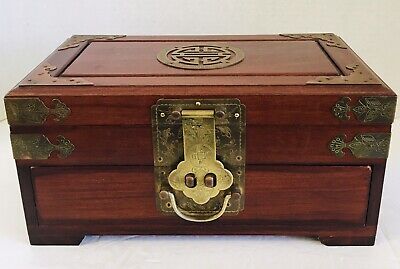 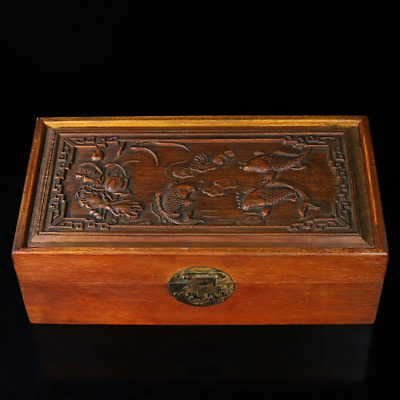 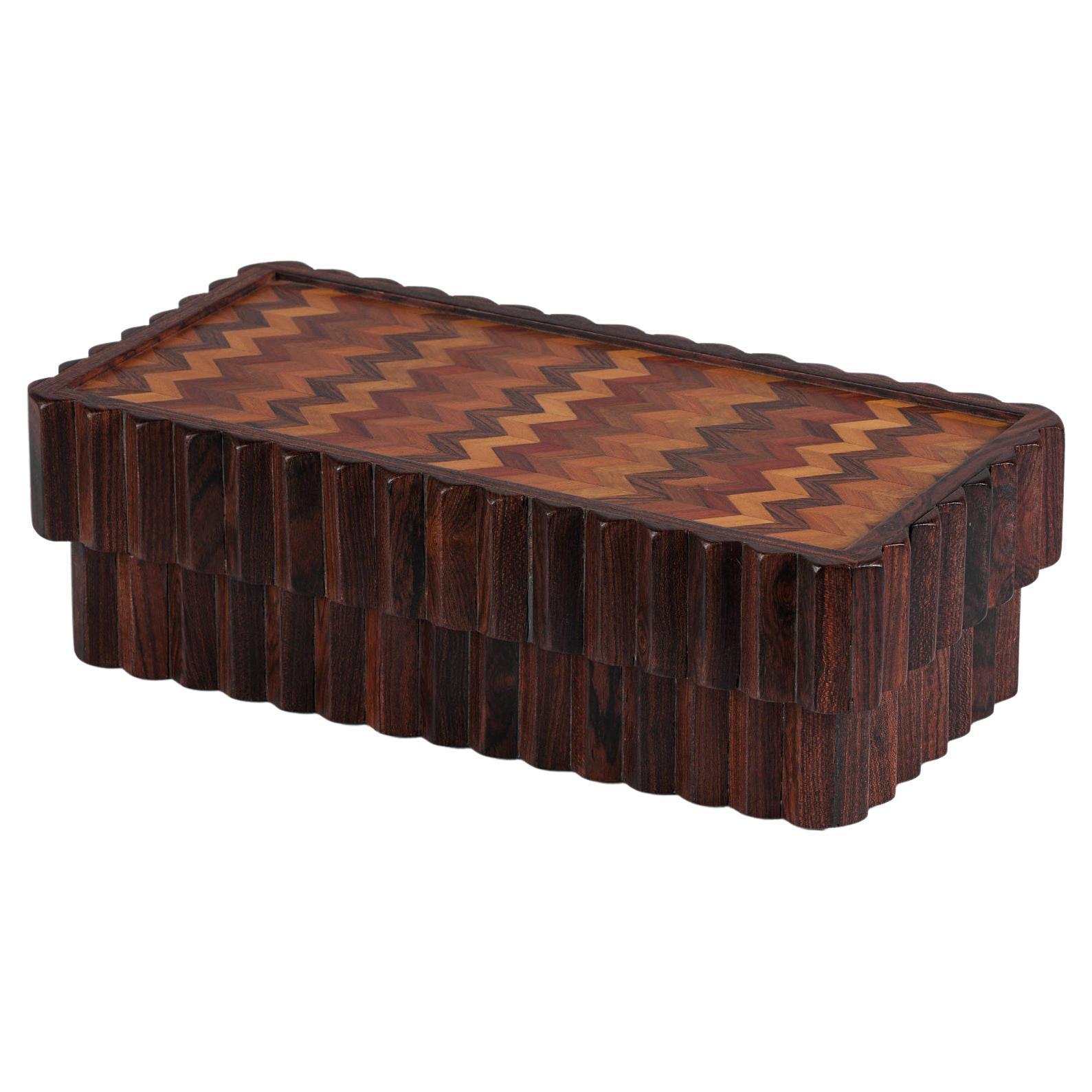