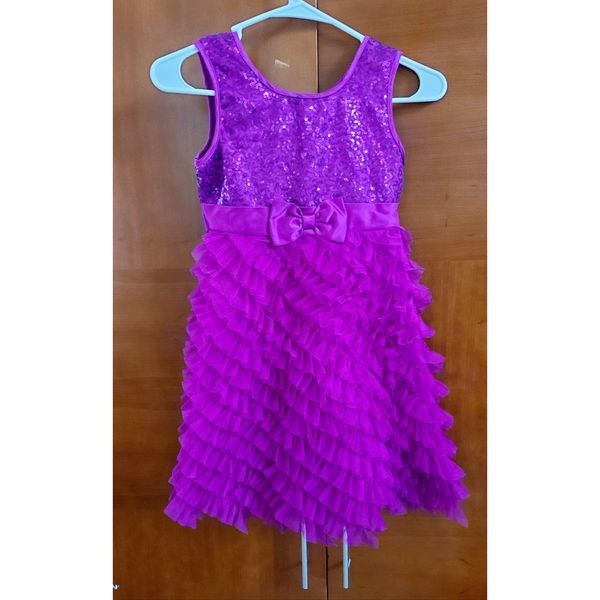 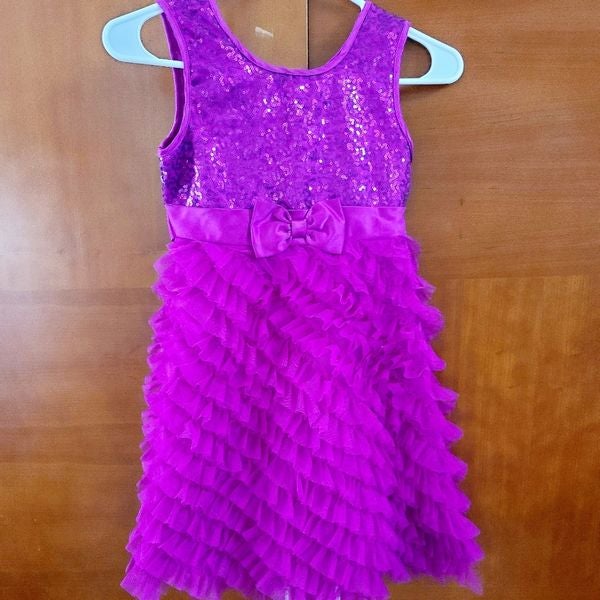 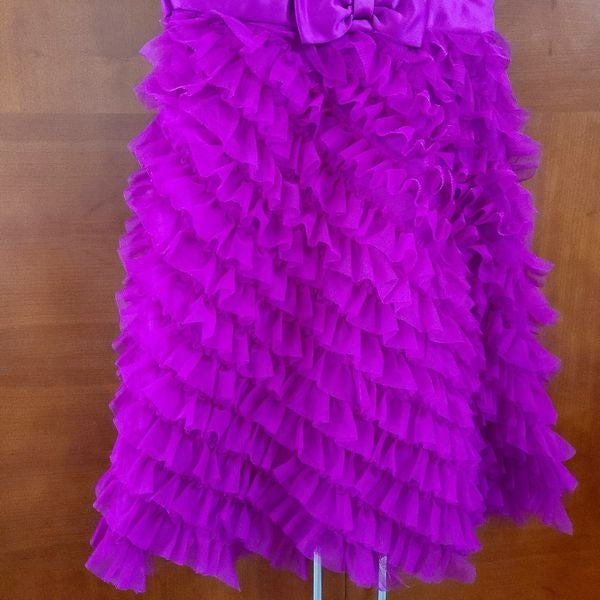 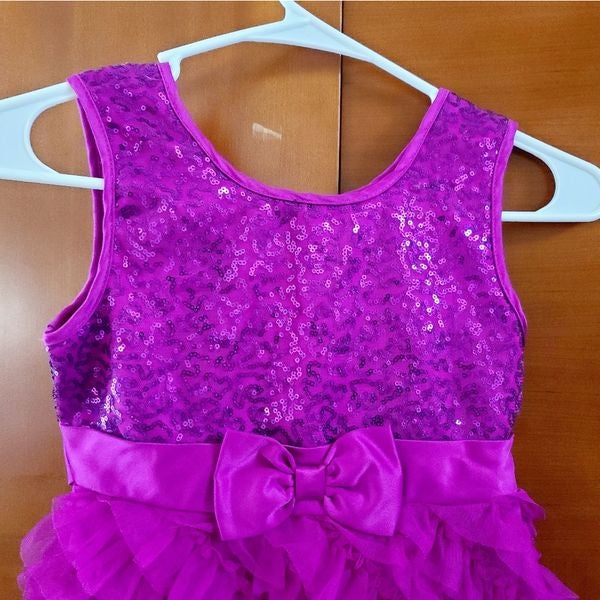 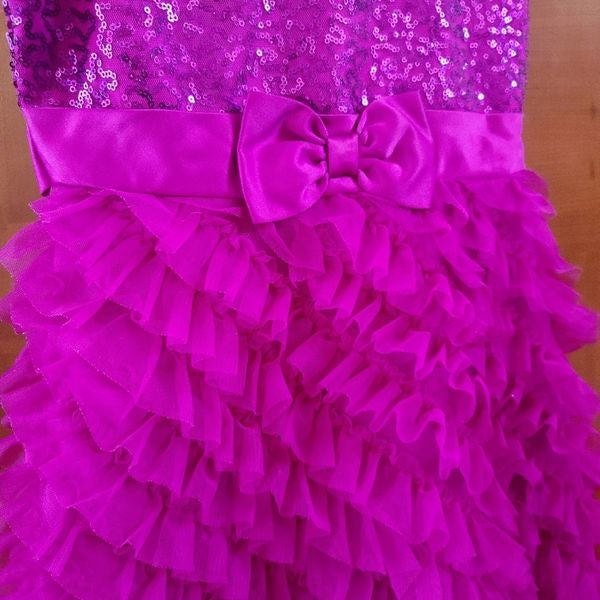 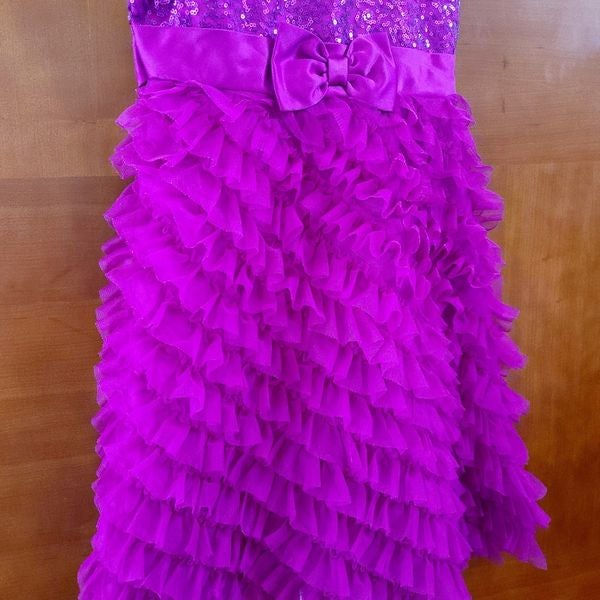 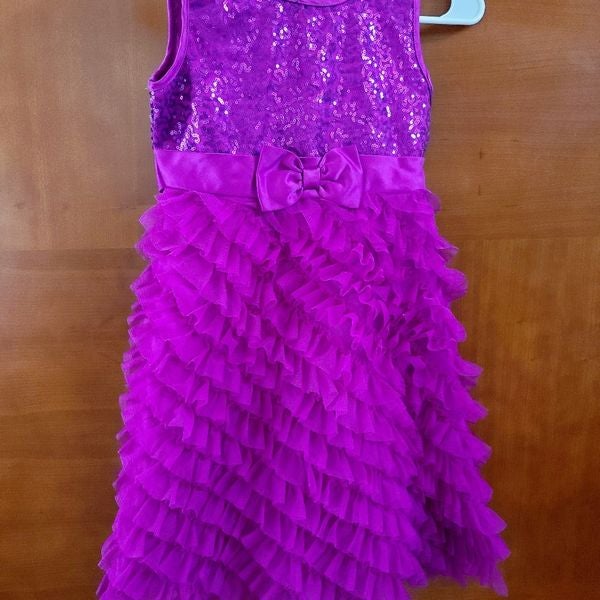 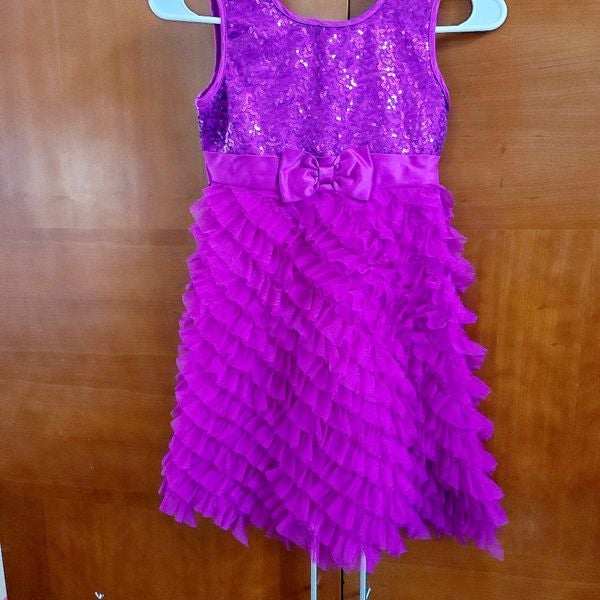 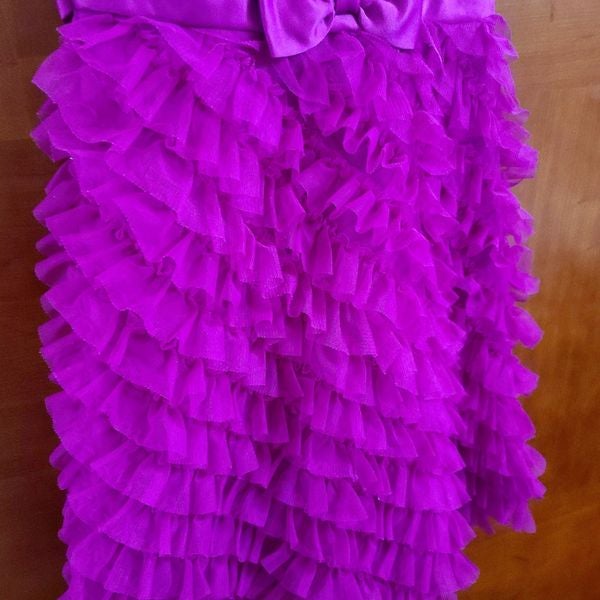 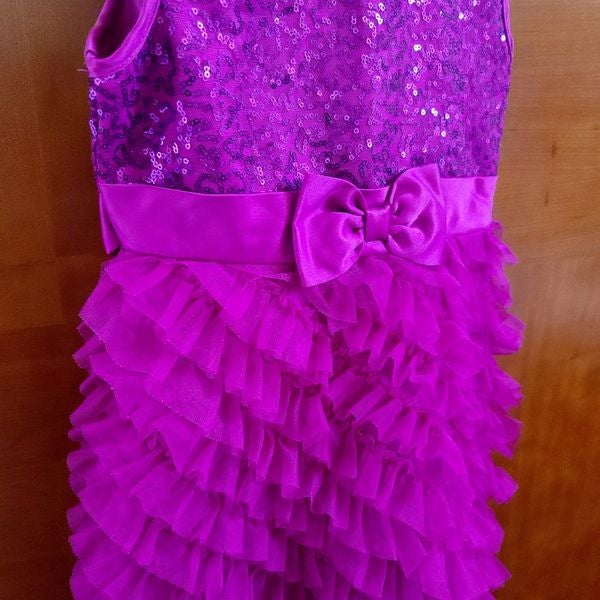 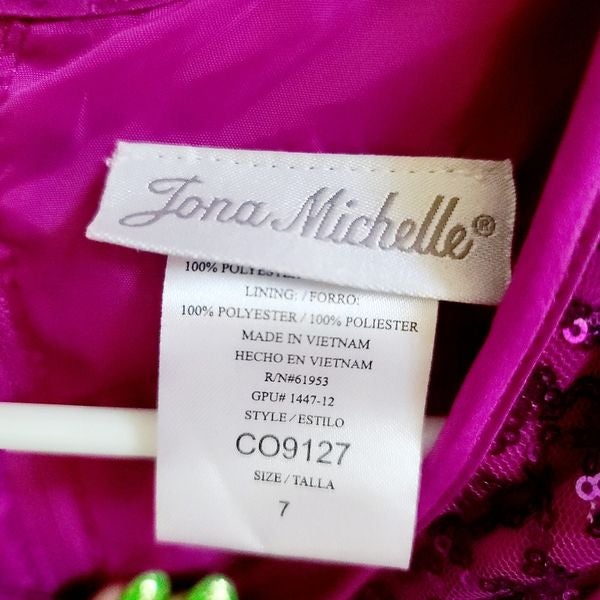 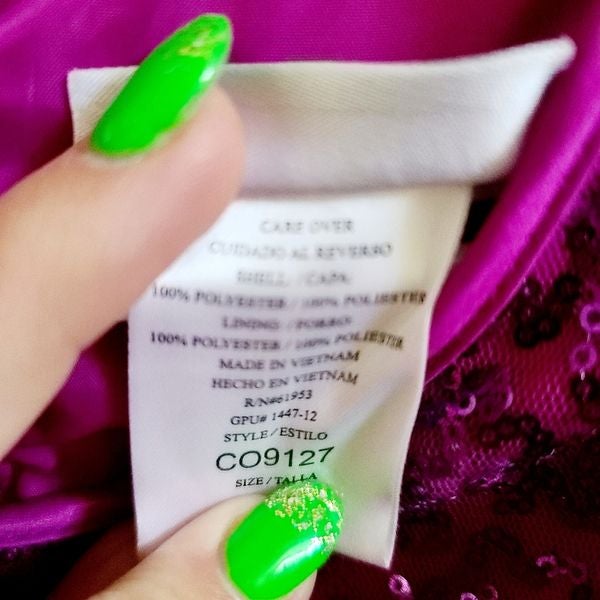 Girls super cute purple, triple layer, ruffle dress with sequin top and tie in the back.
Adorable dress for any occasion! 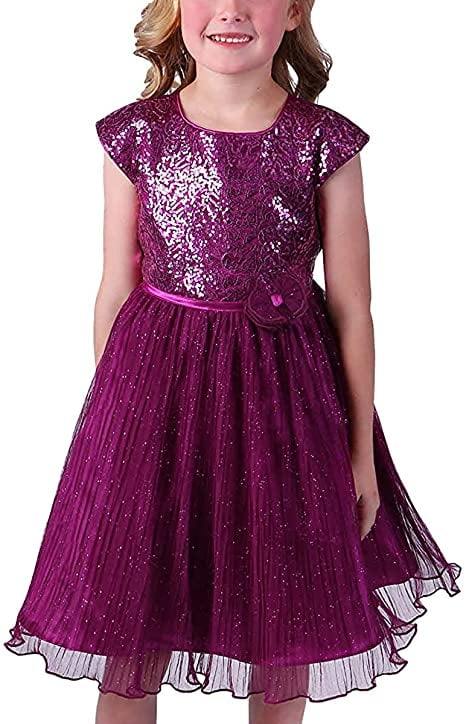 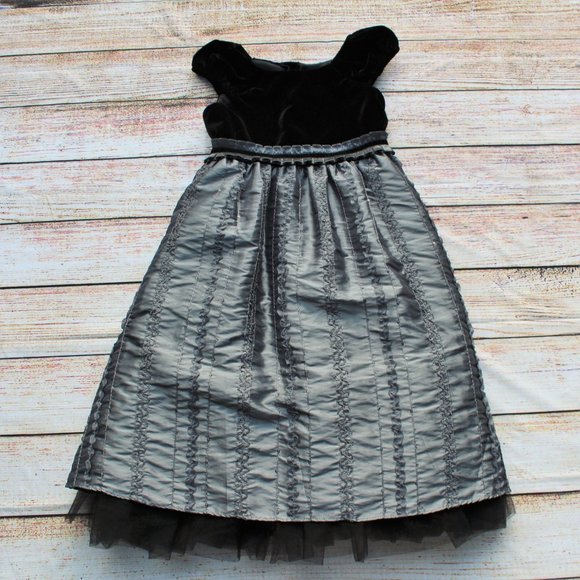 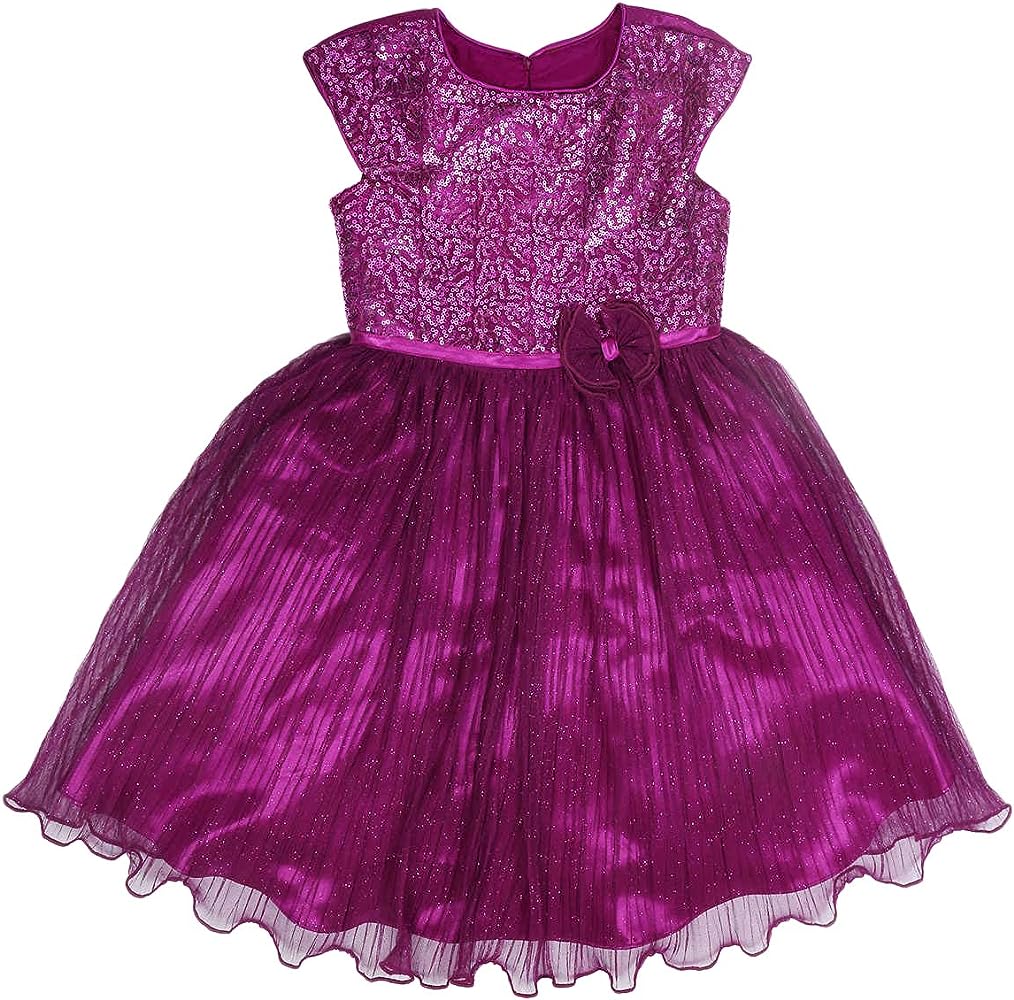 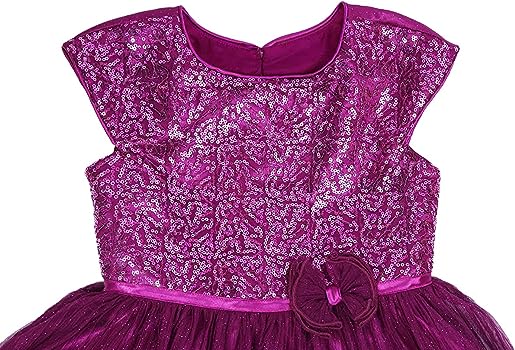 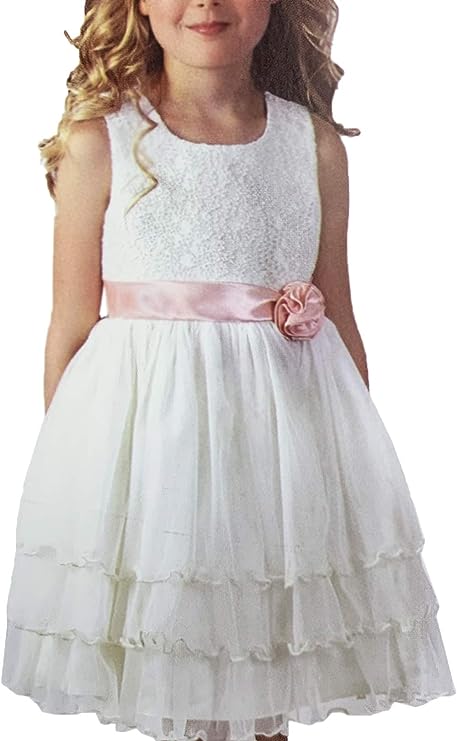 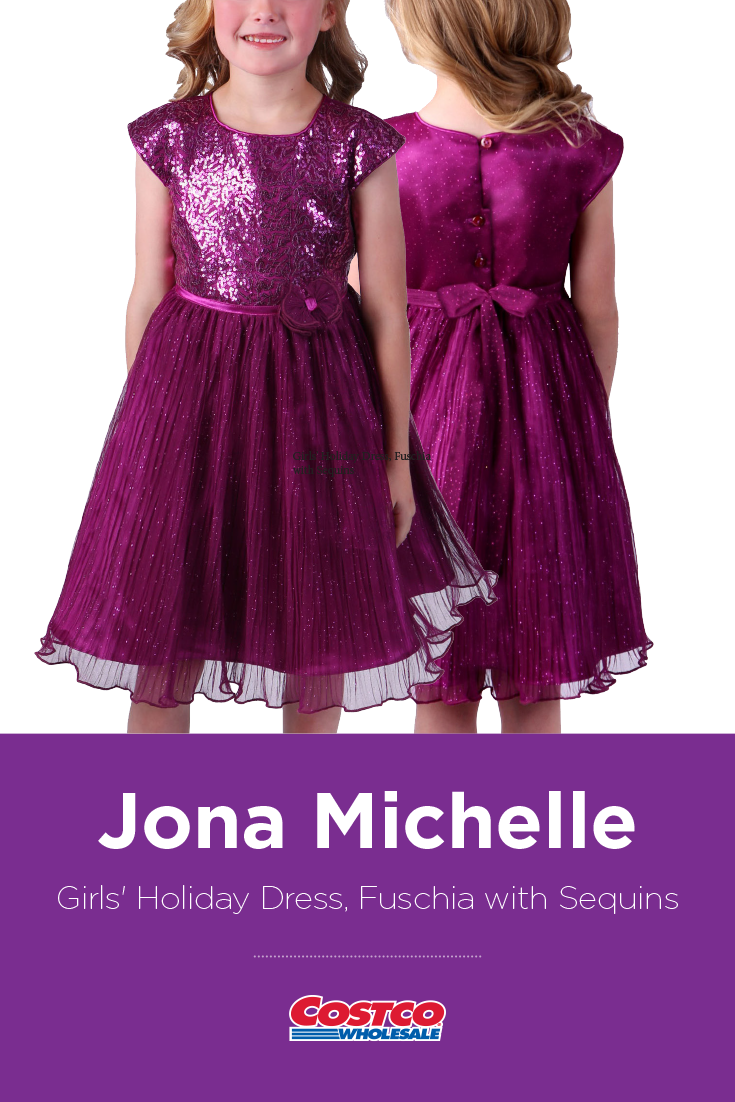 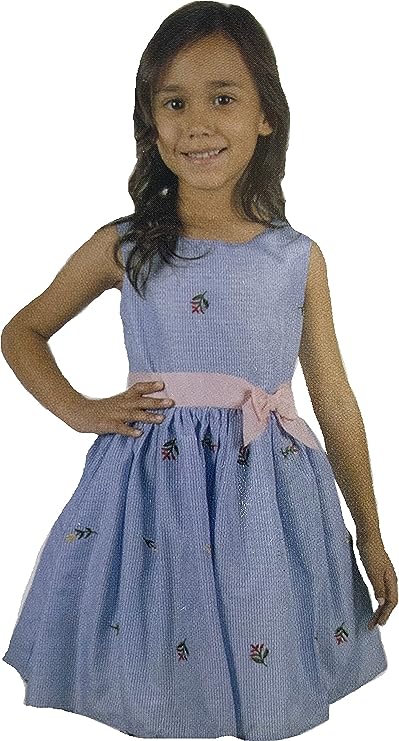 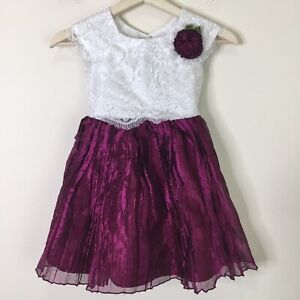 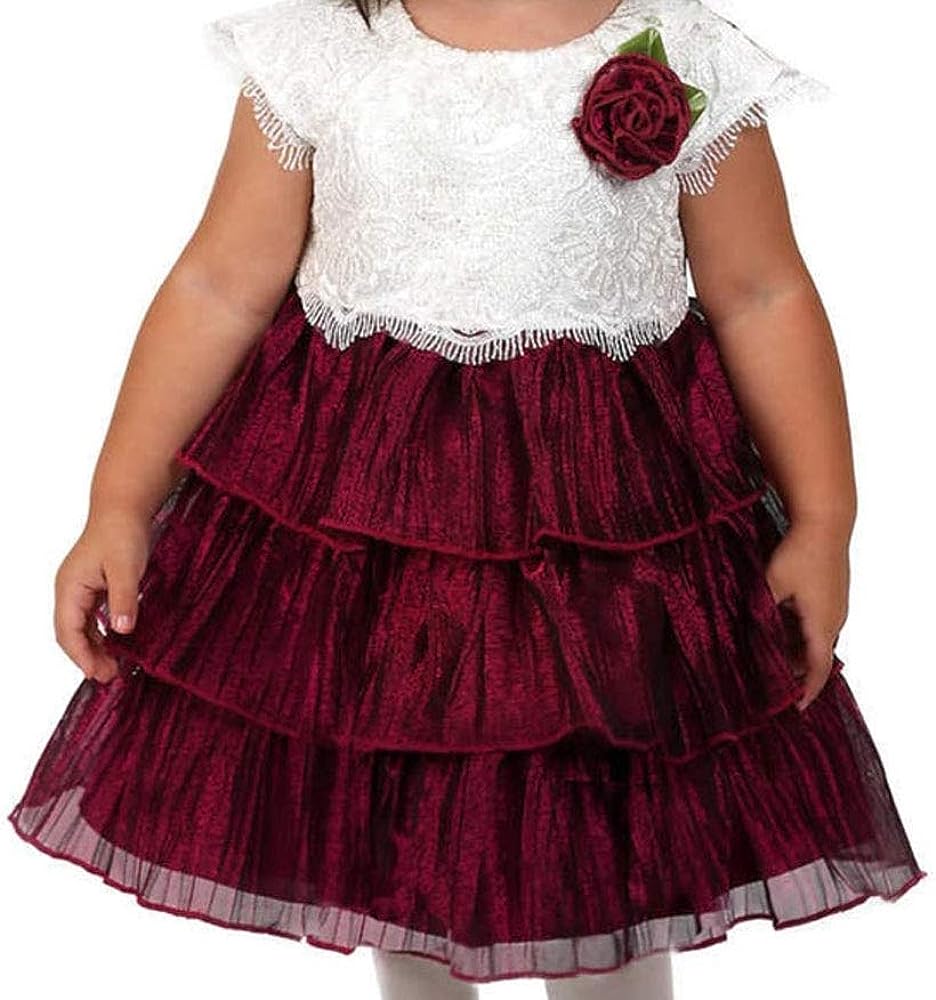 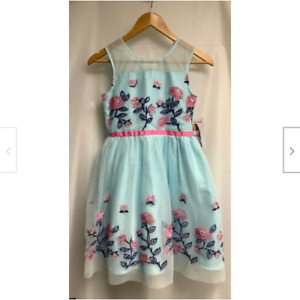 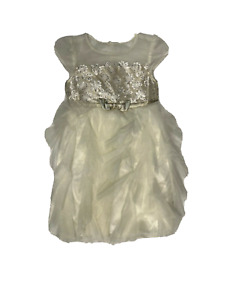