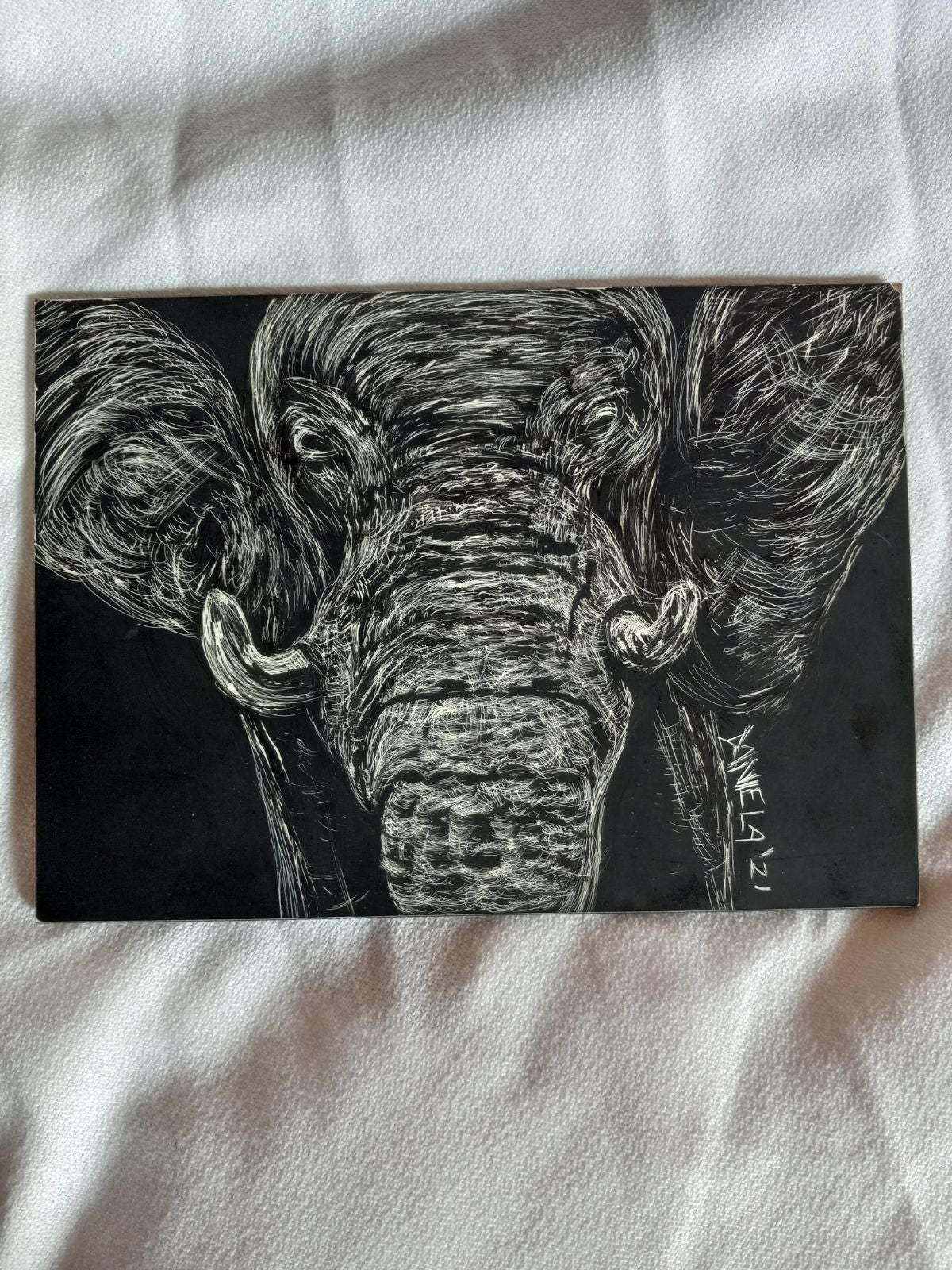 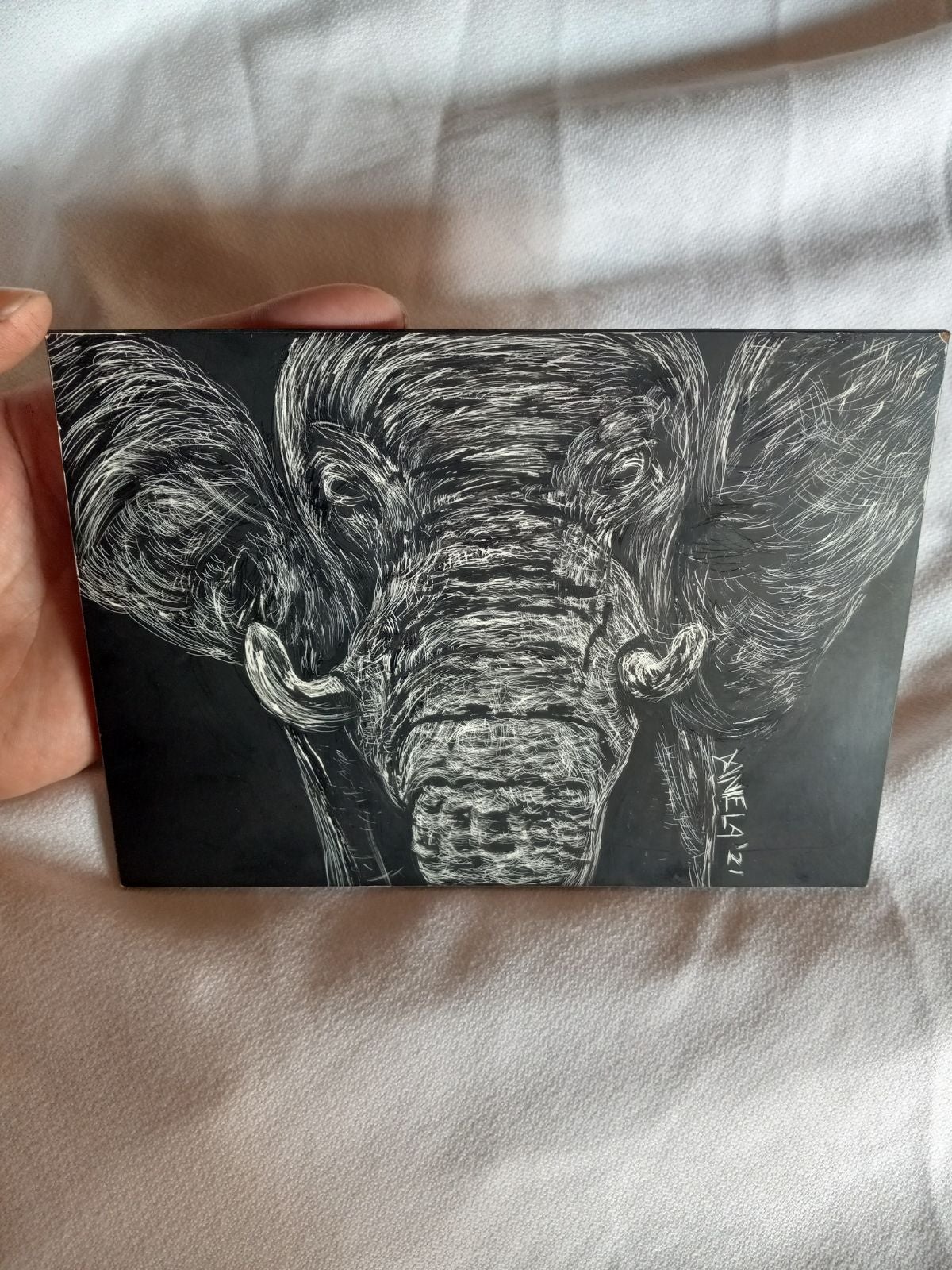 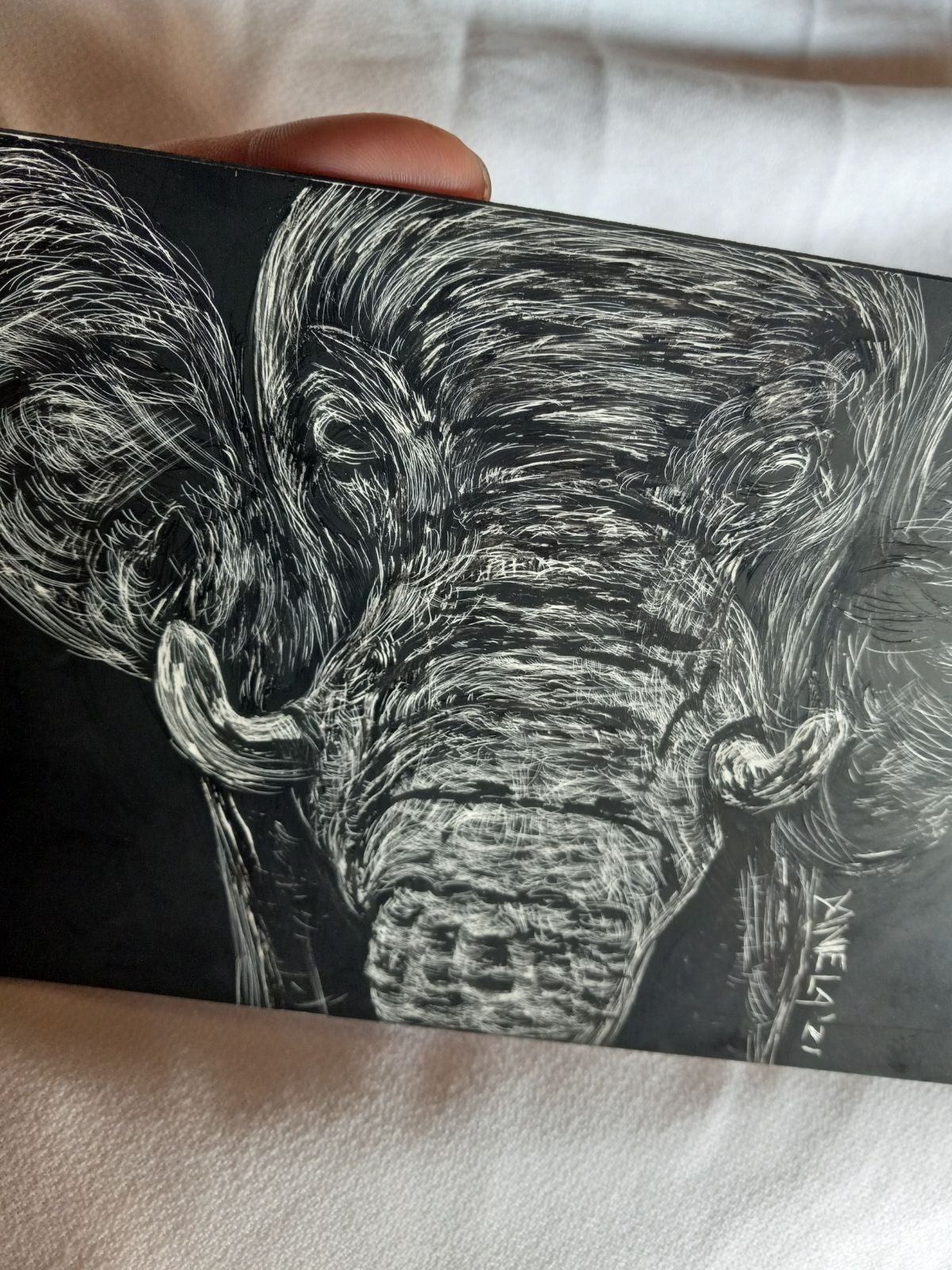 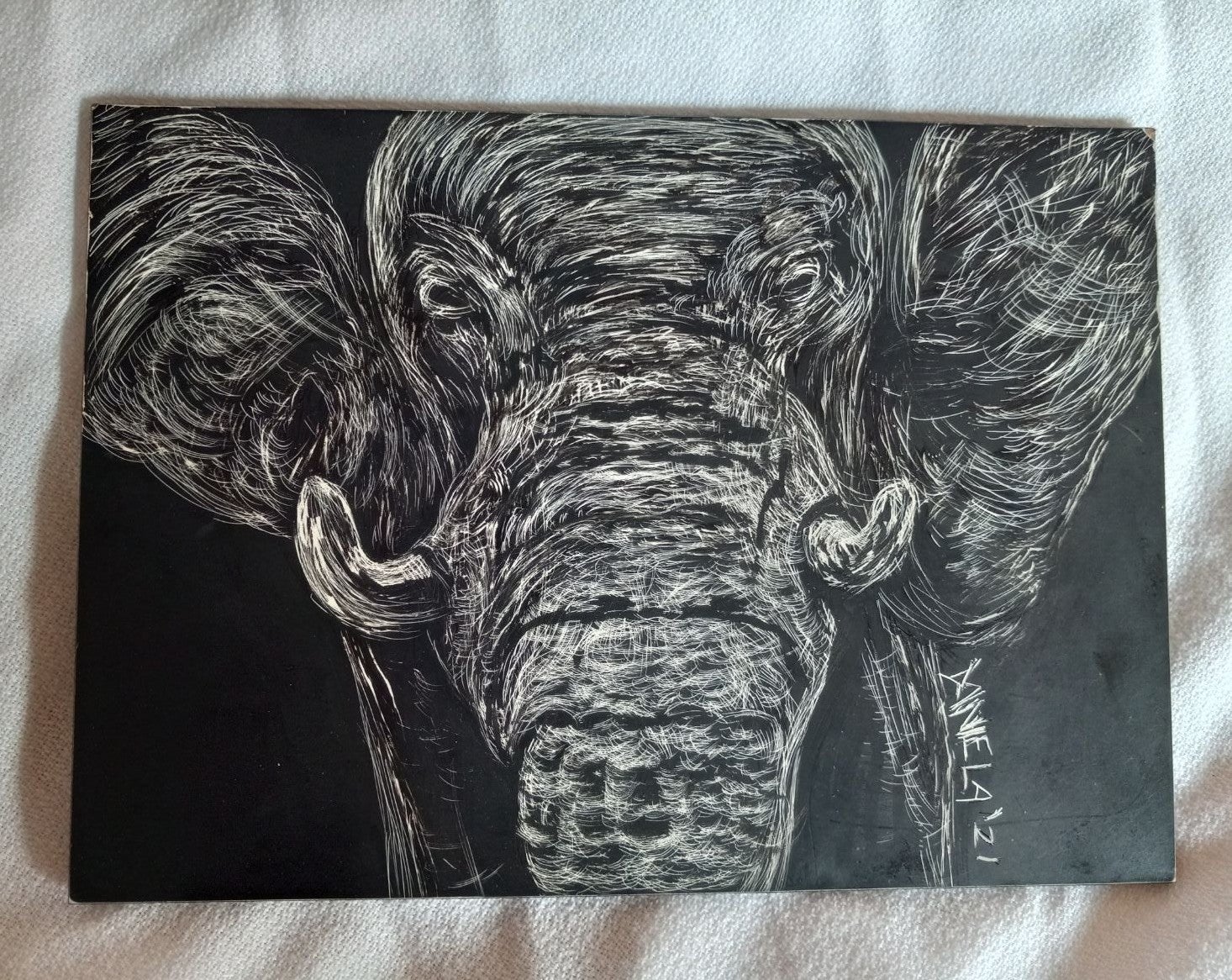 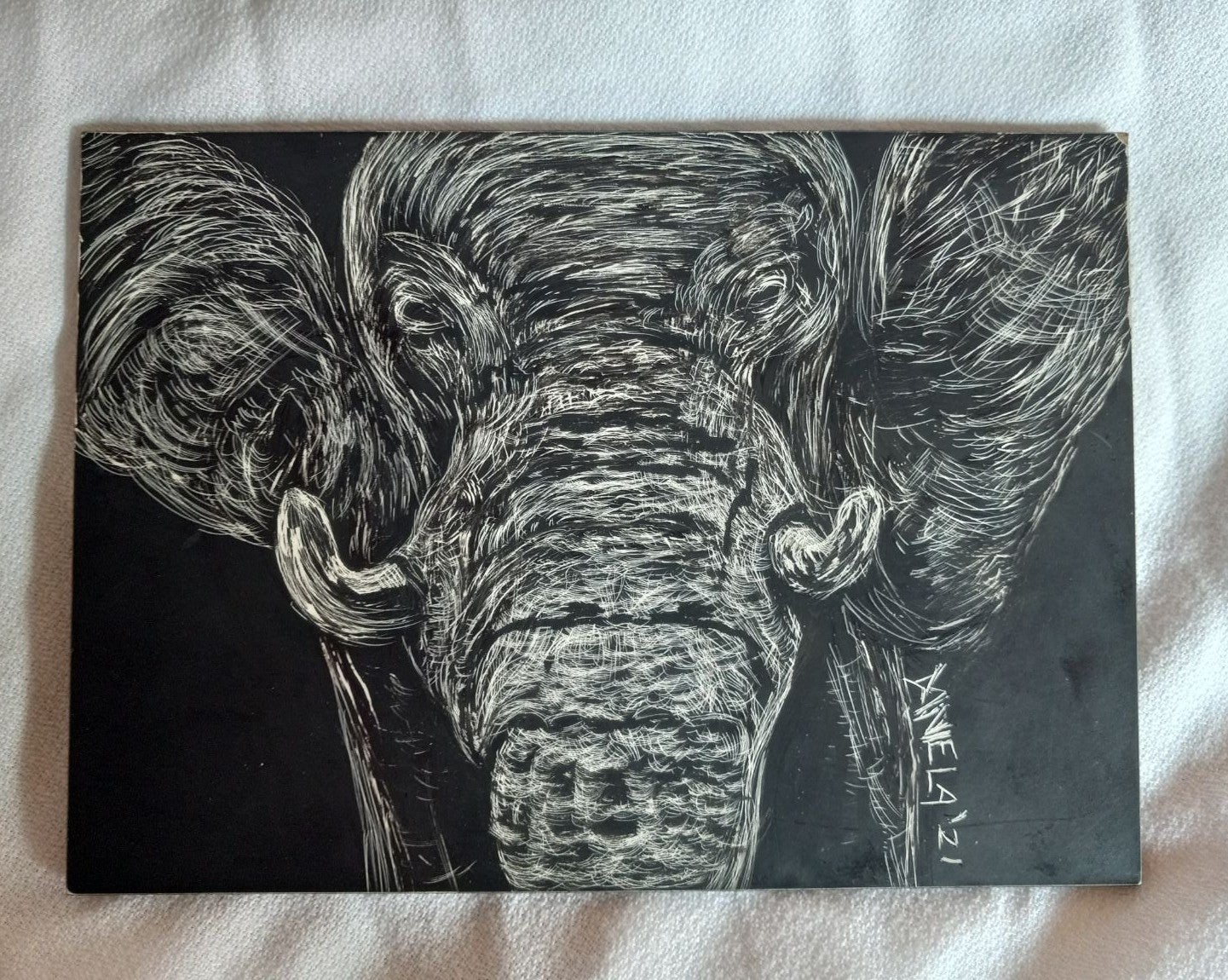 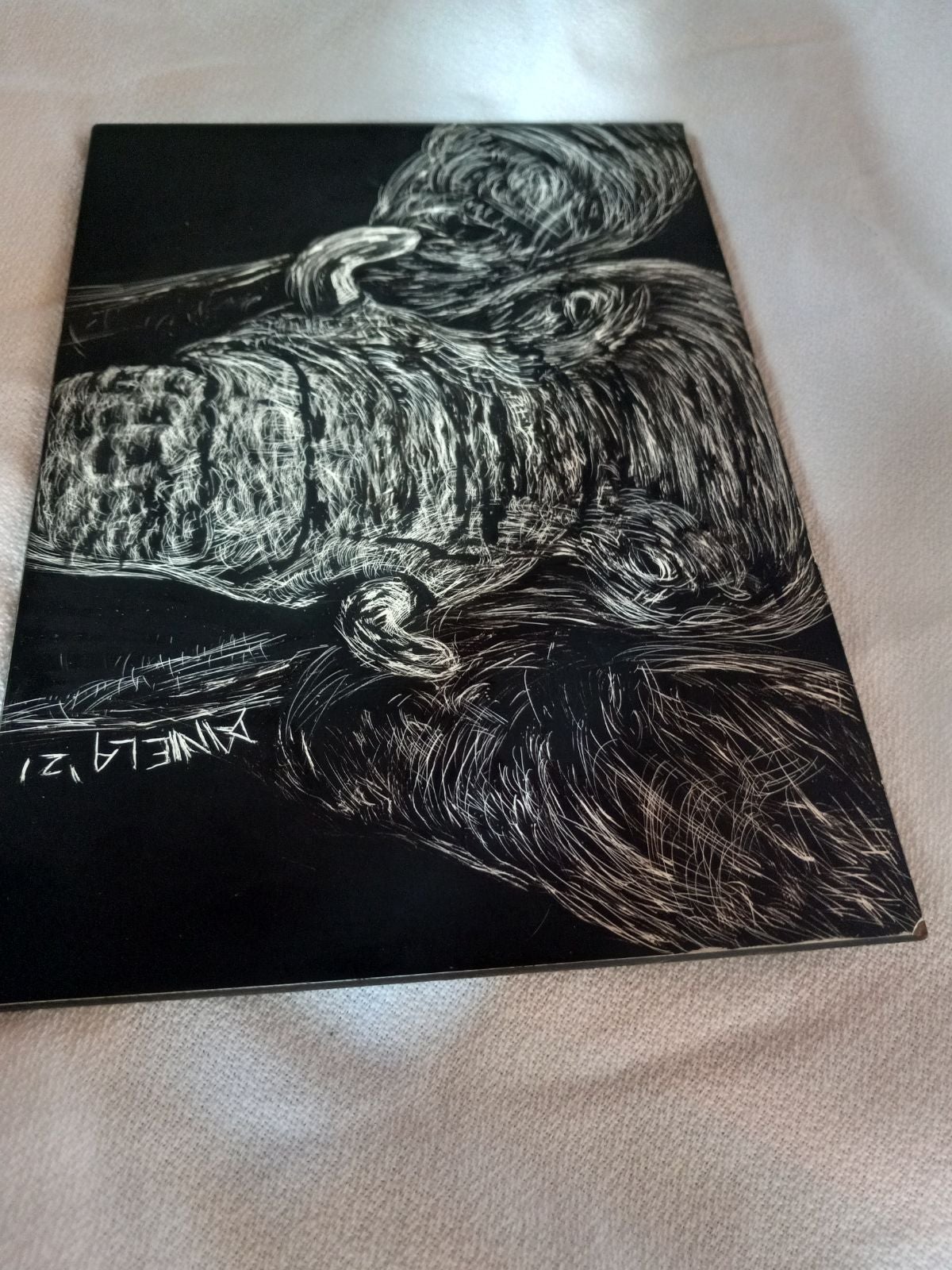 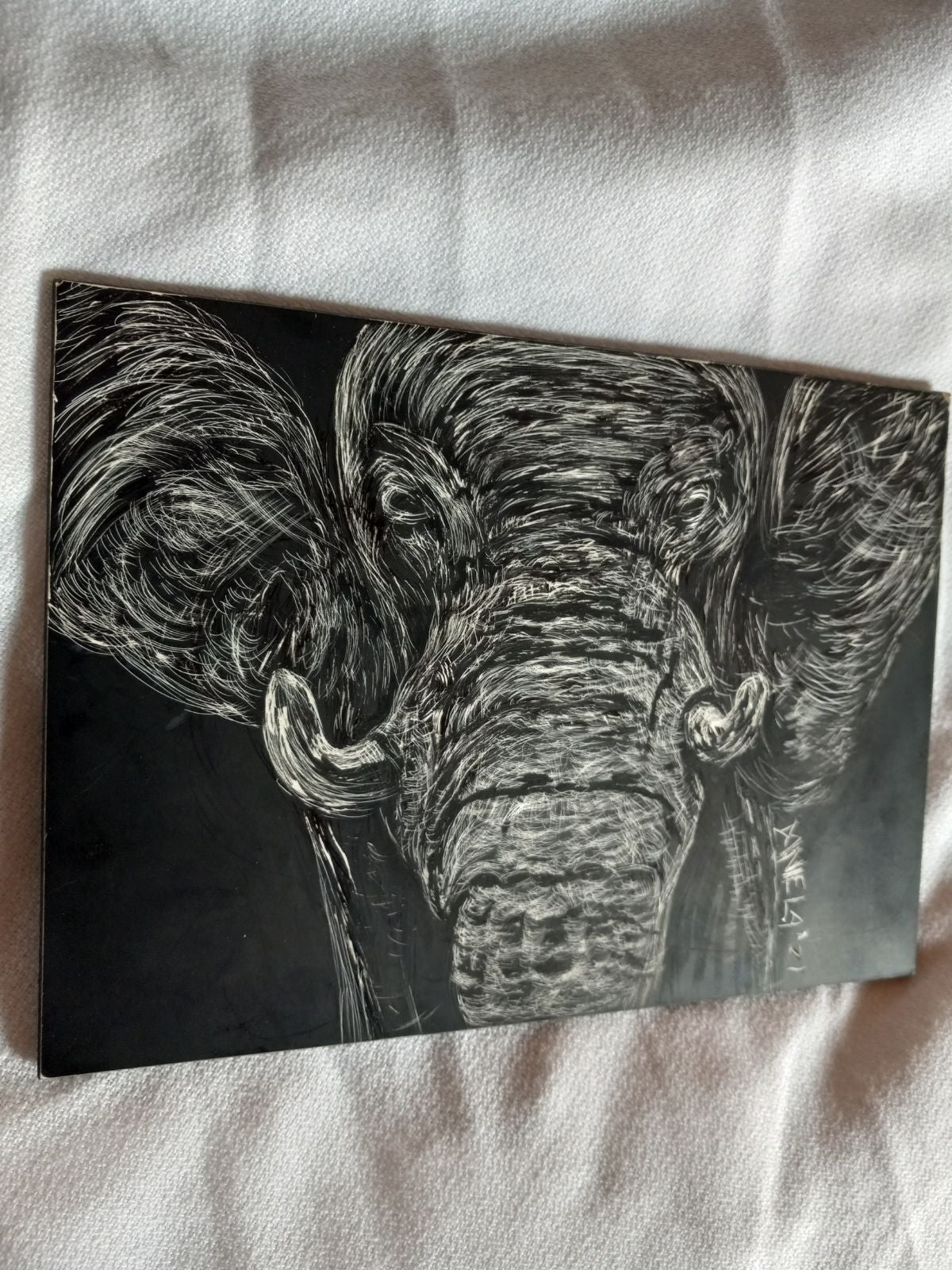 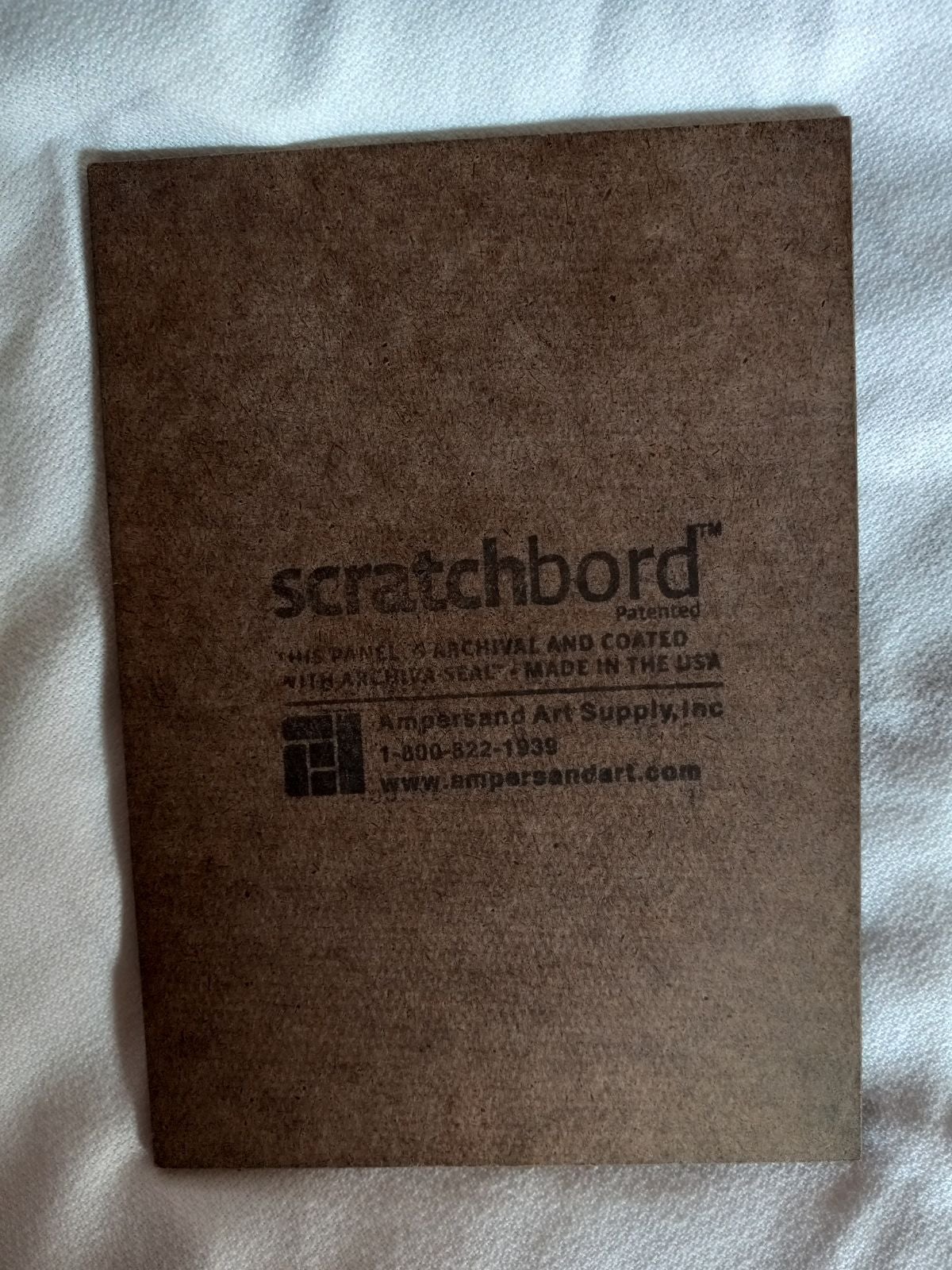 Elephant scratch art!
Awesome unique addition to your collection!
I handmade this on a 5x7 inch scratch board. I took a sharp tool and scratched this elephant out of an ink board. Very fun process. I spent countless hours on this guy. It's an original work of art you will own the only one. Get it before its gone! More paintings on my page message me to bundle to save on shipping! 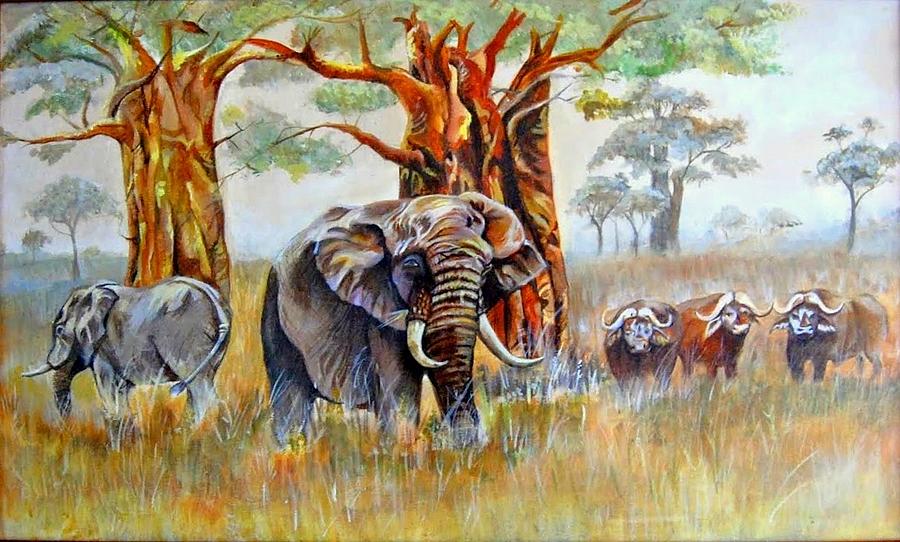 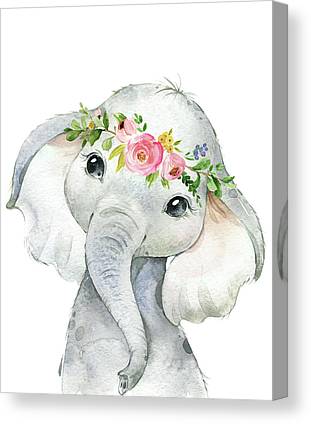 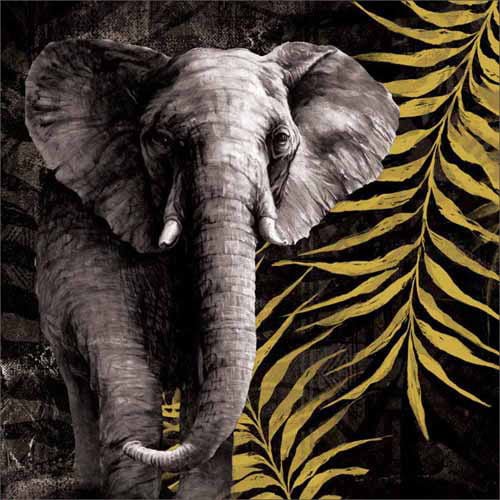 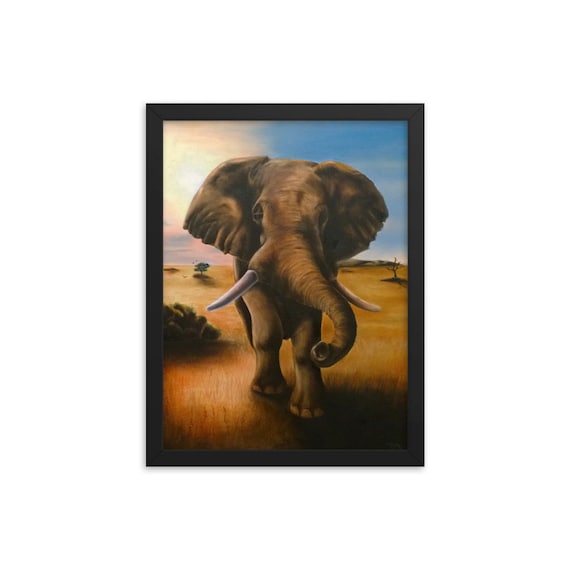 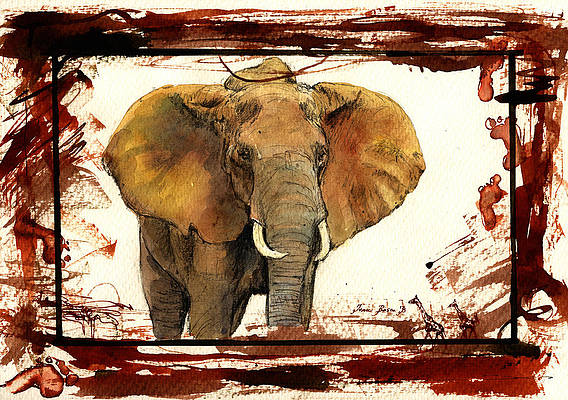 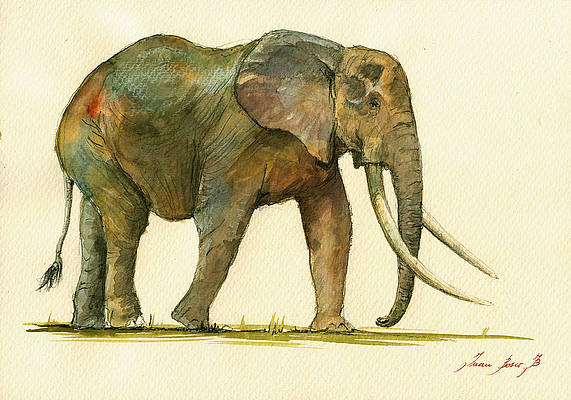 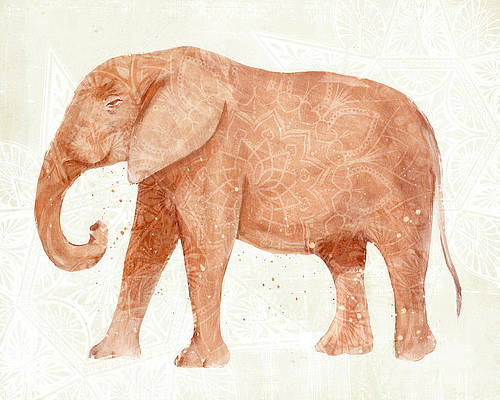 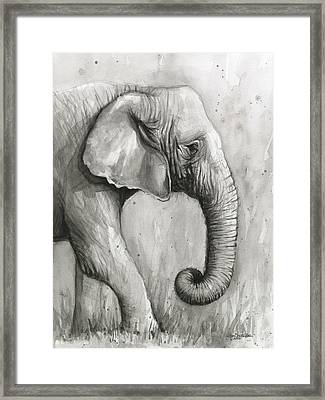 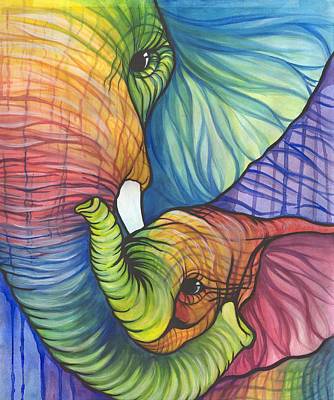 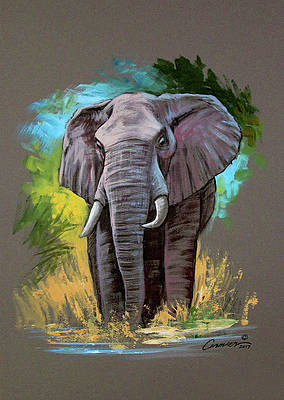 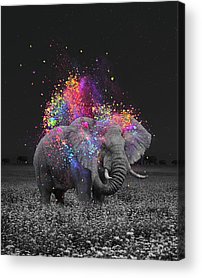 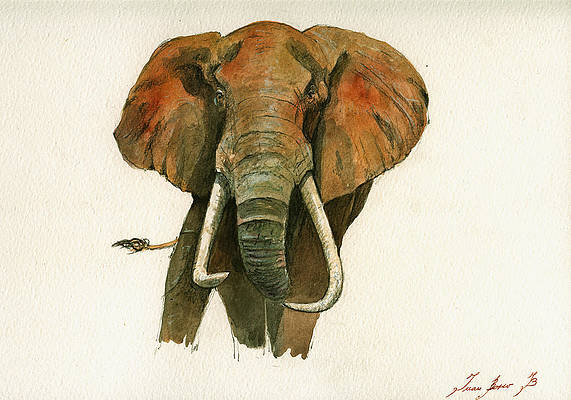 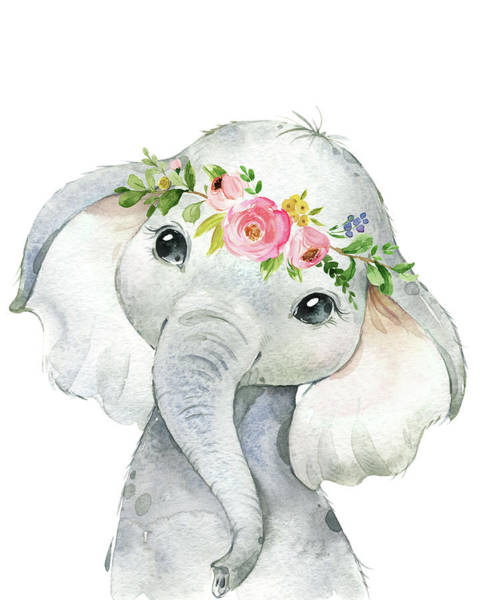 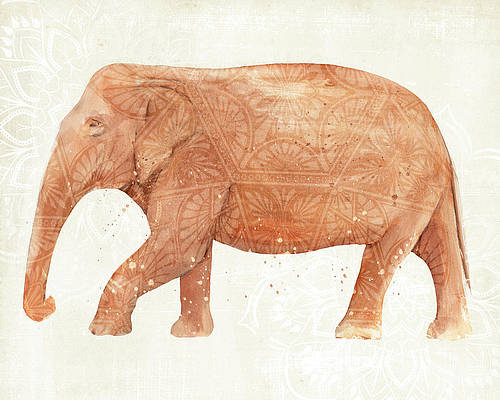 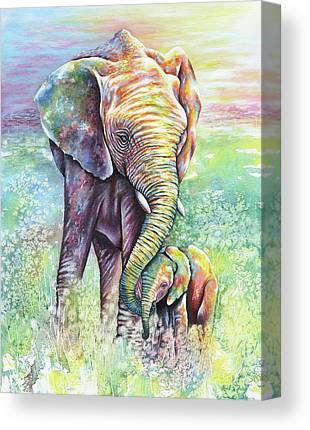 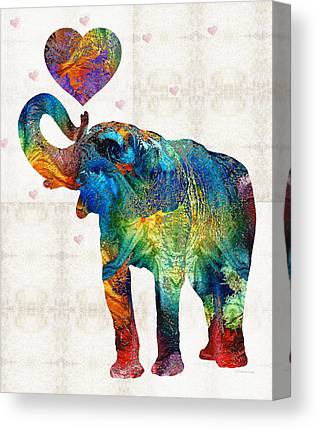