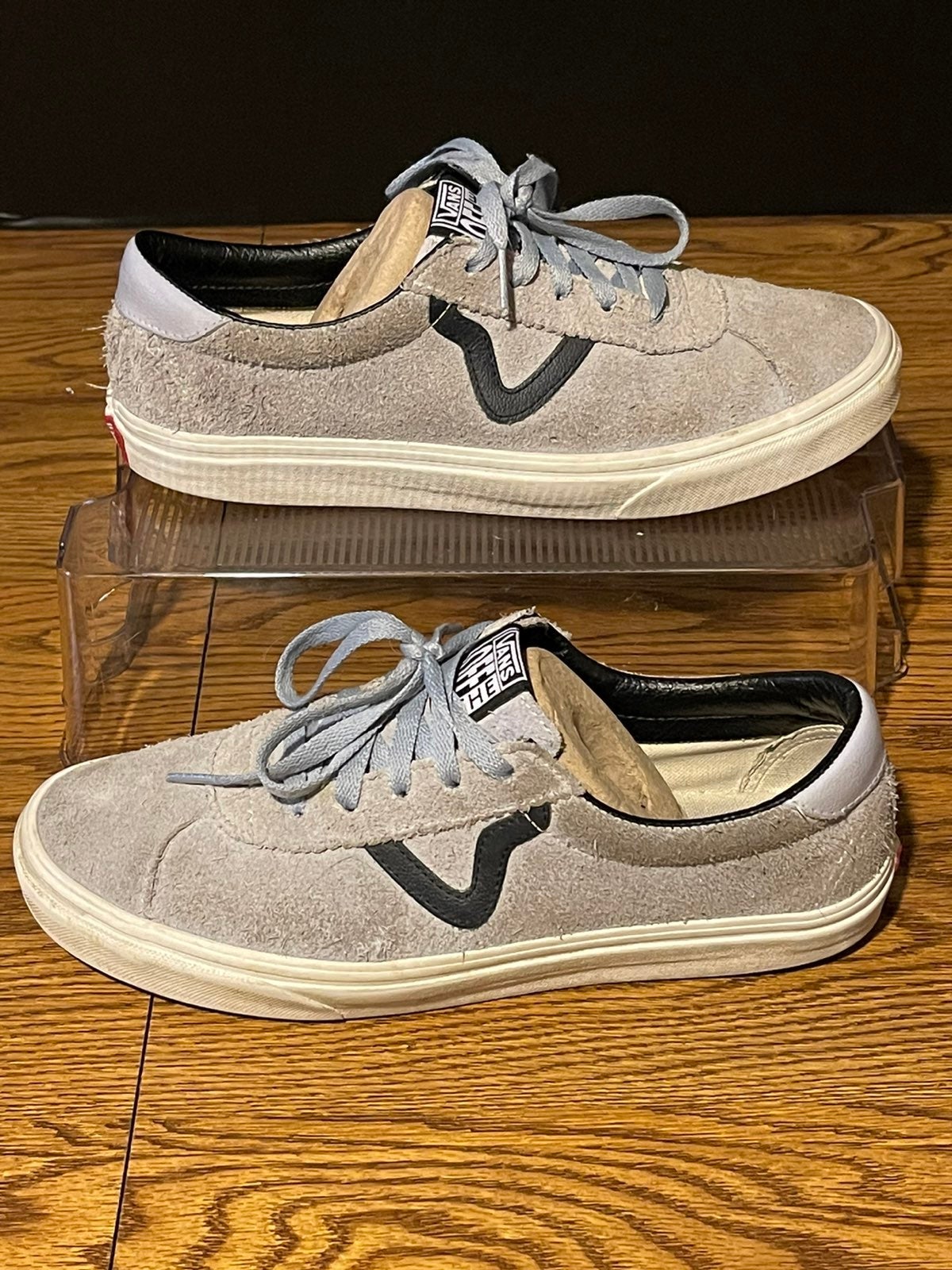 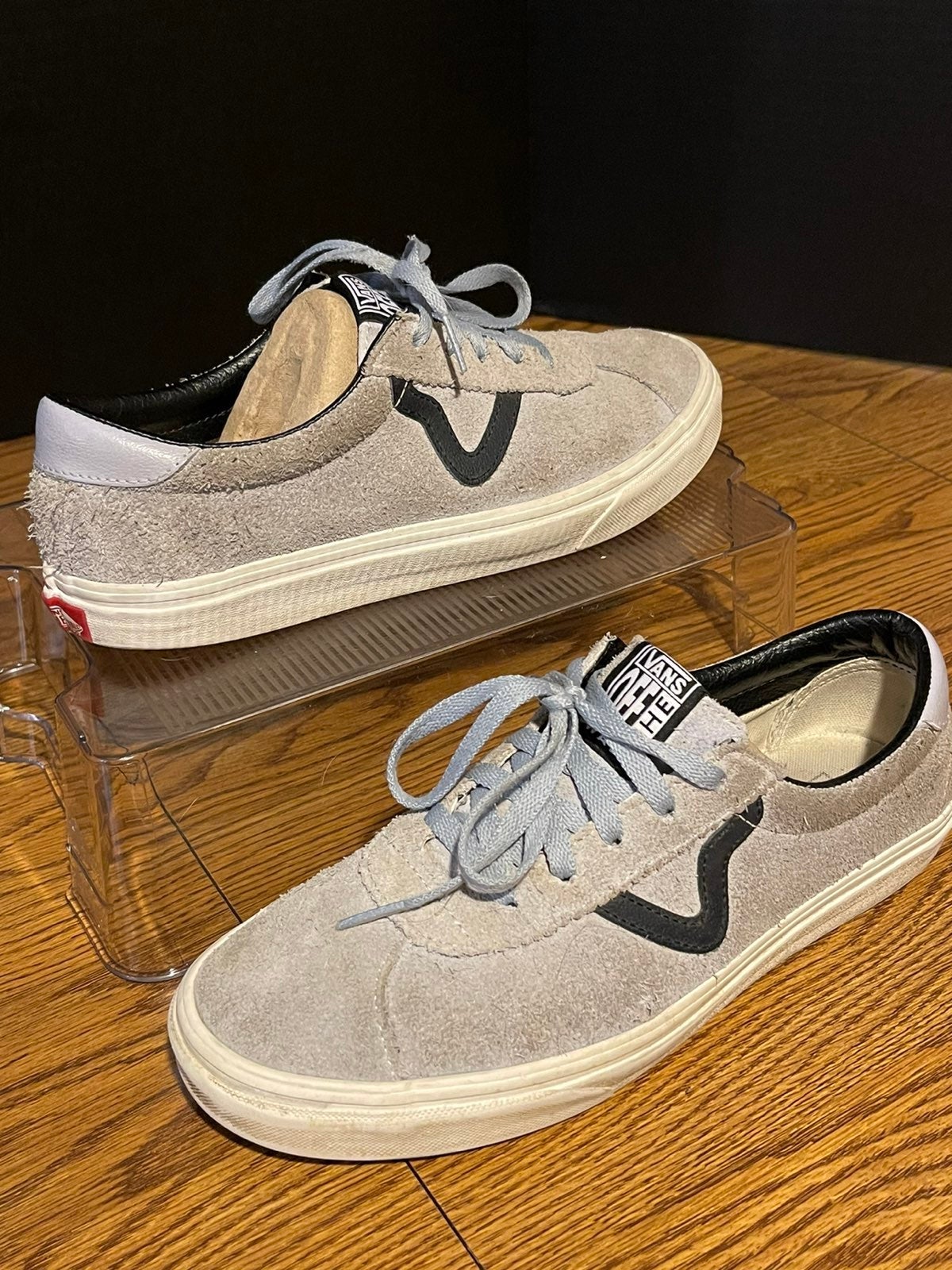 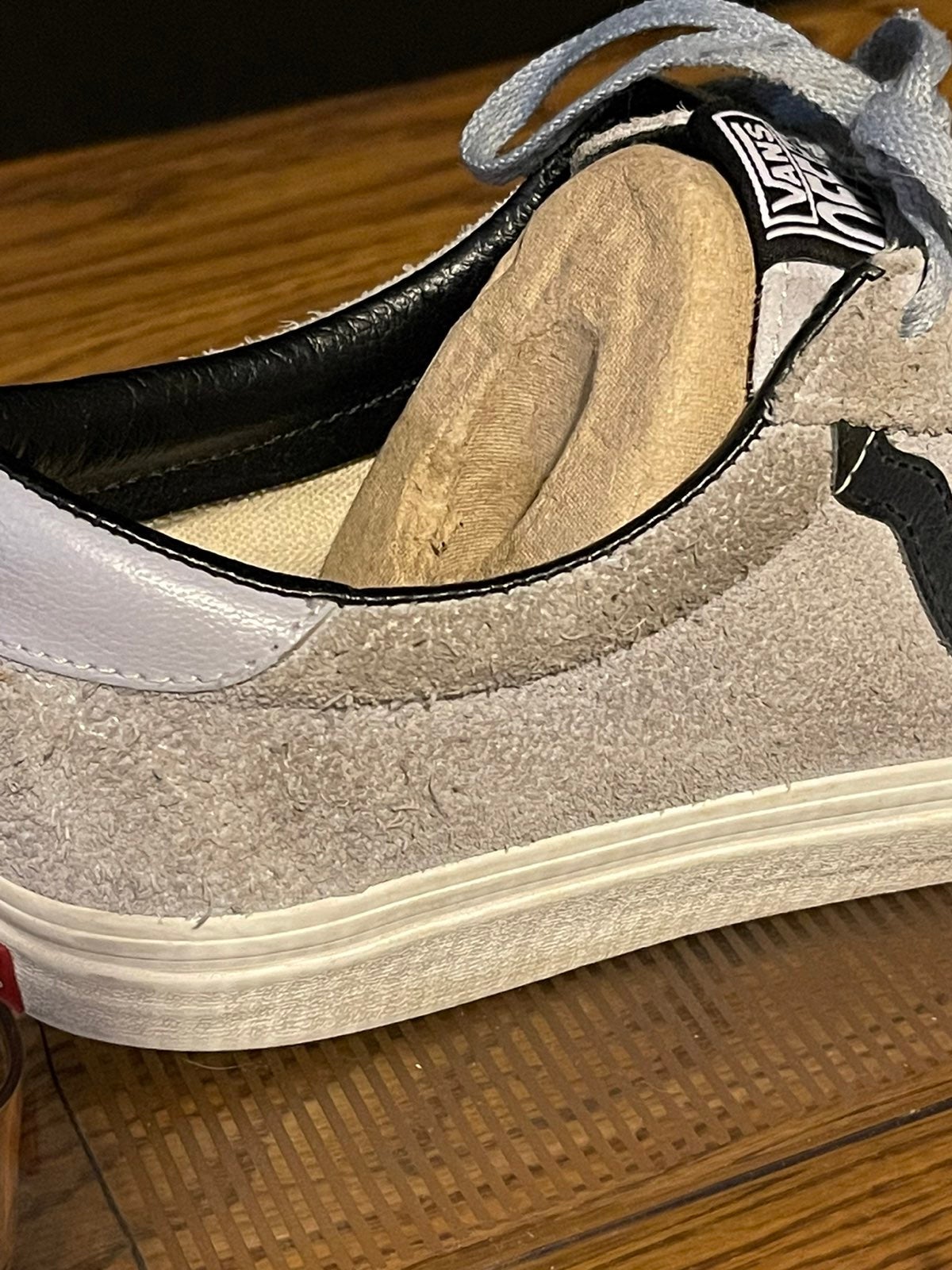 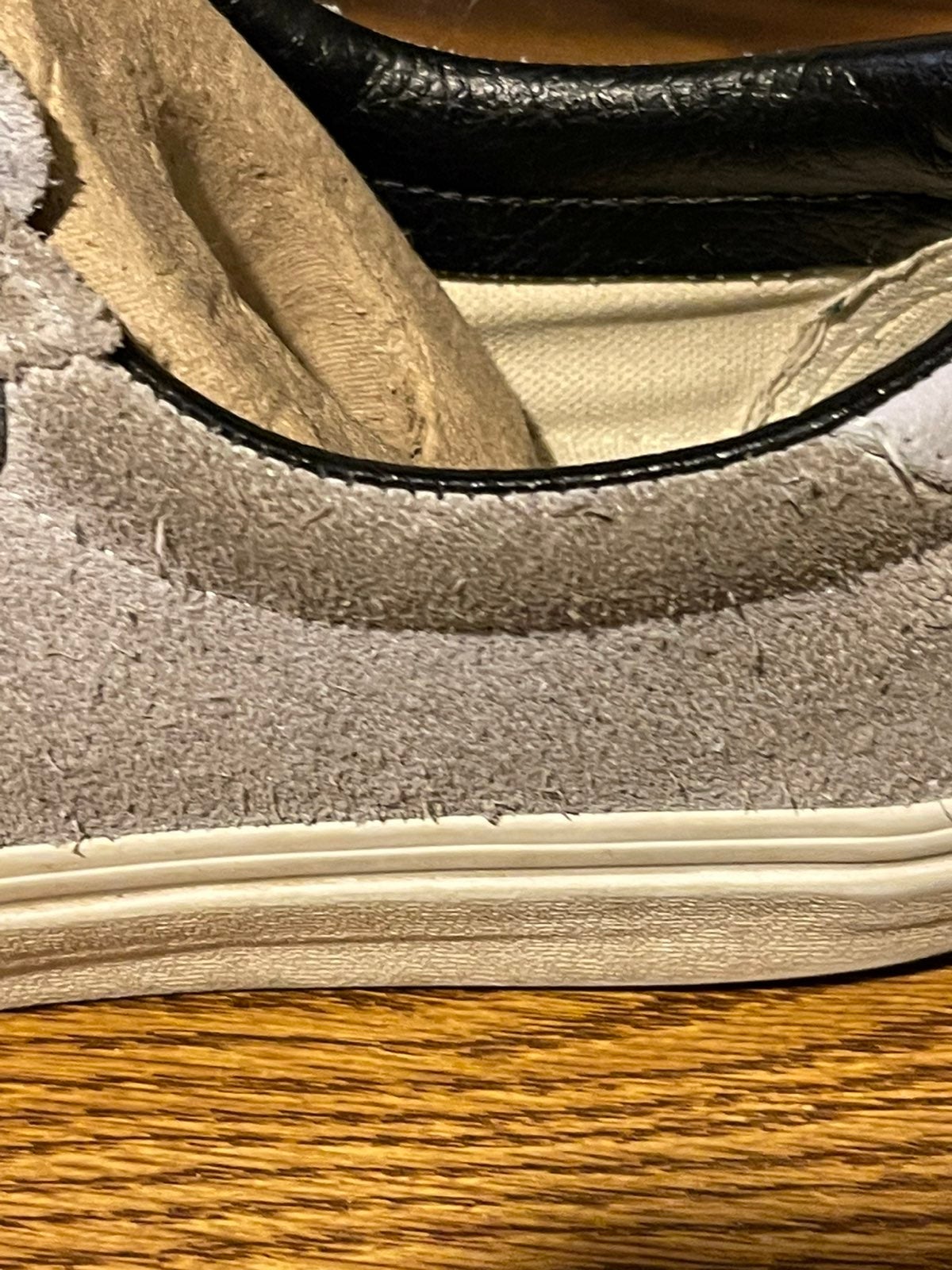 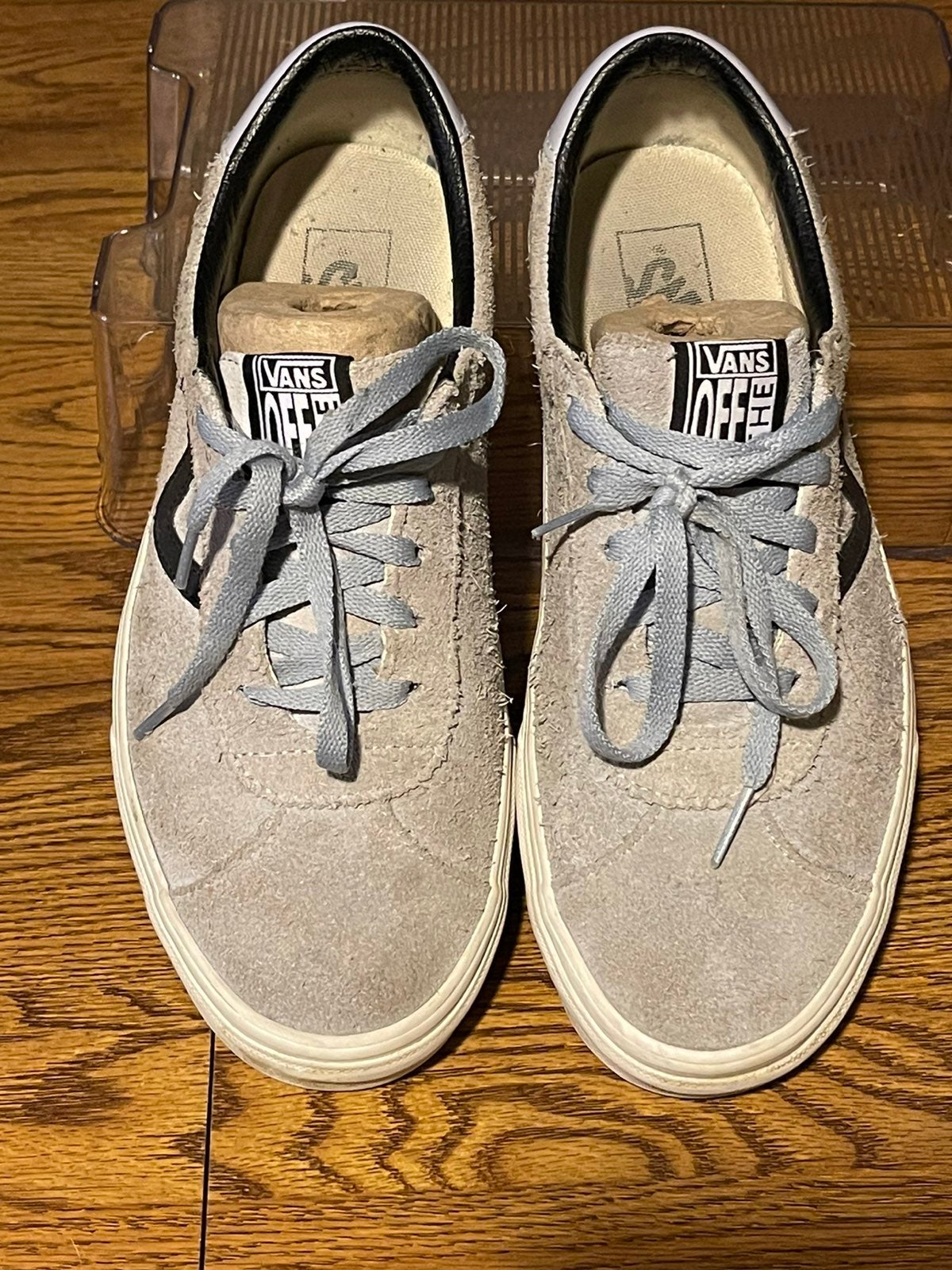 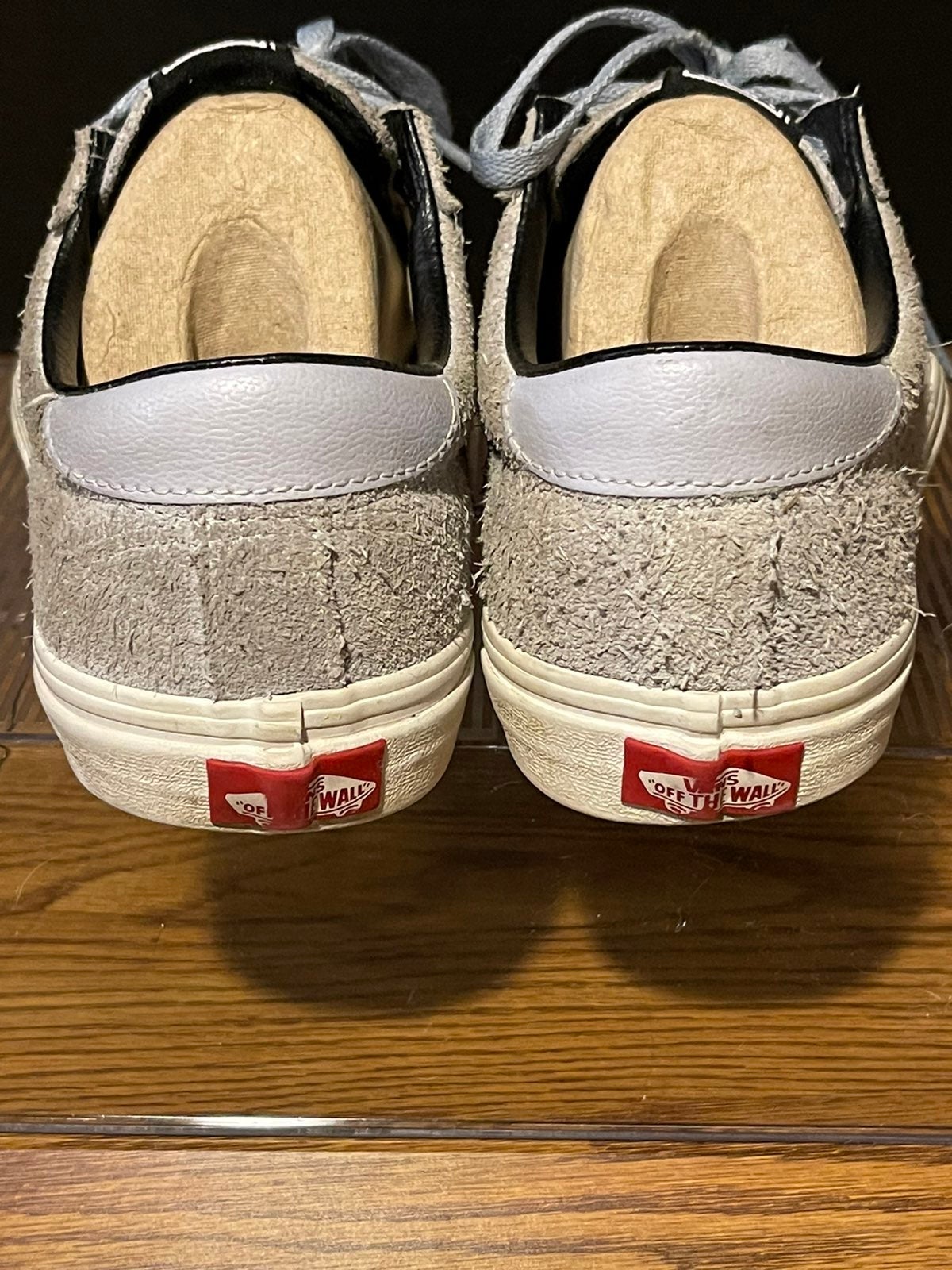 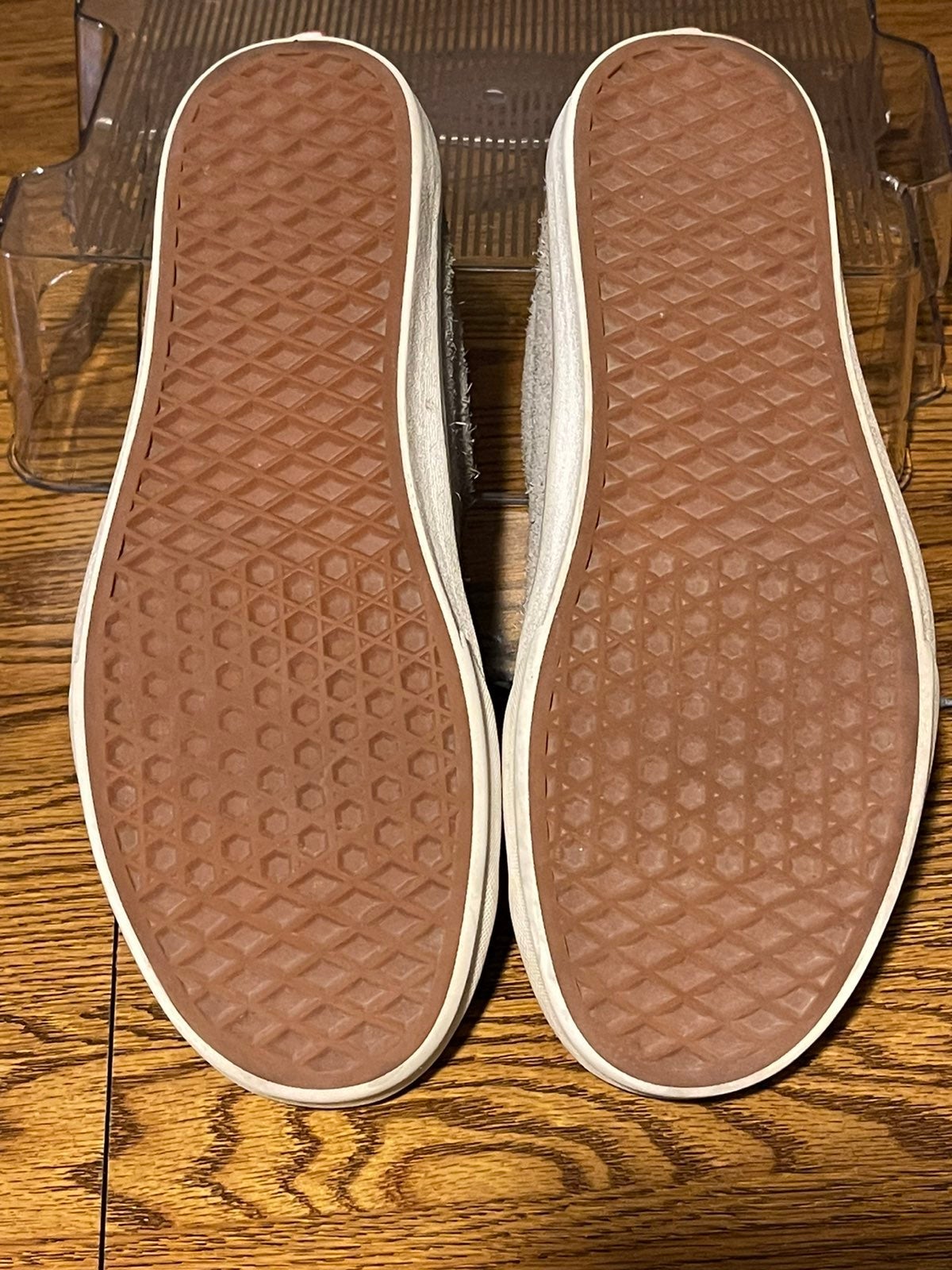 Vans Sport Suede Grey and Ice Blue. Men’s size 9.5. Really cool style of Vans and the suede grey looks classic. Great condition other than some dirty spots near the ankle padding, shown in pics. Lots of life in these shoes just need a little cleanup. No box. 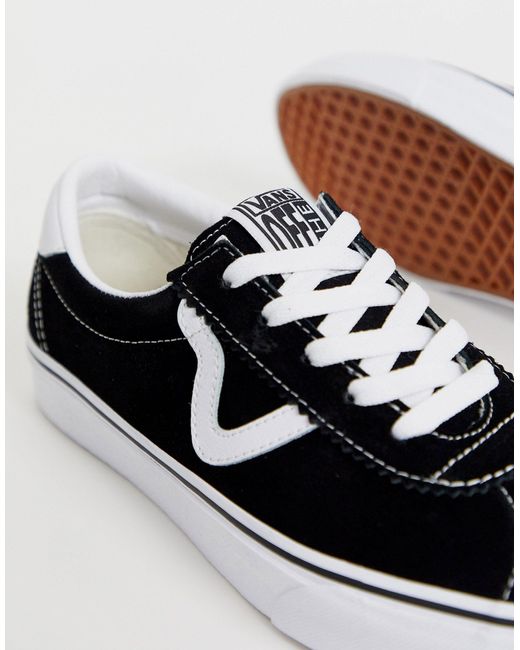 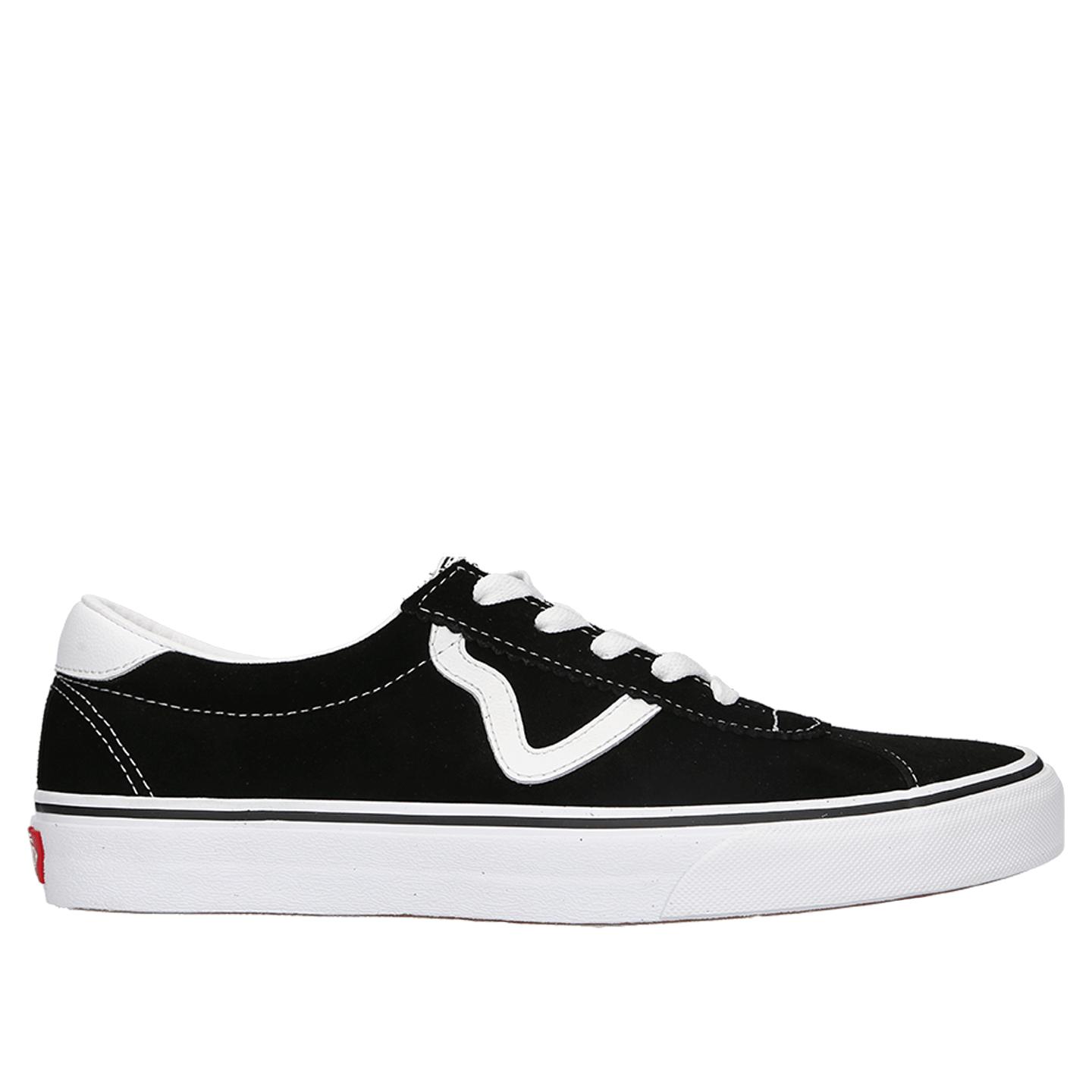 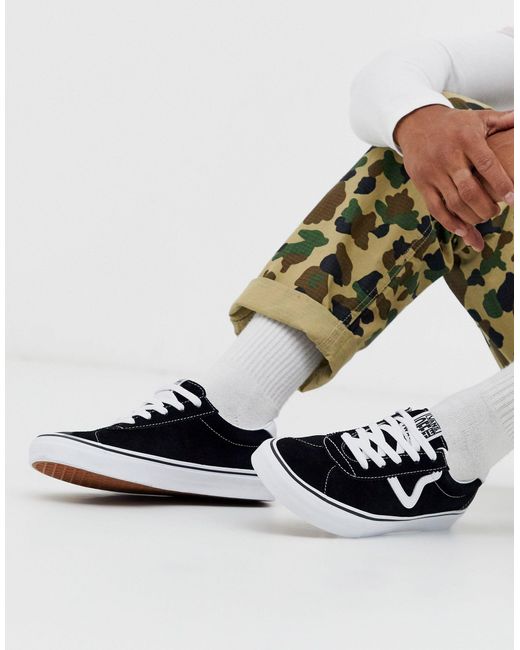 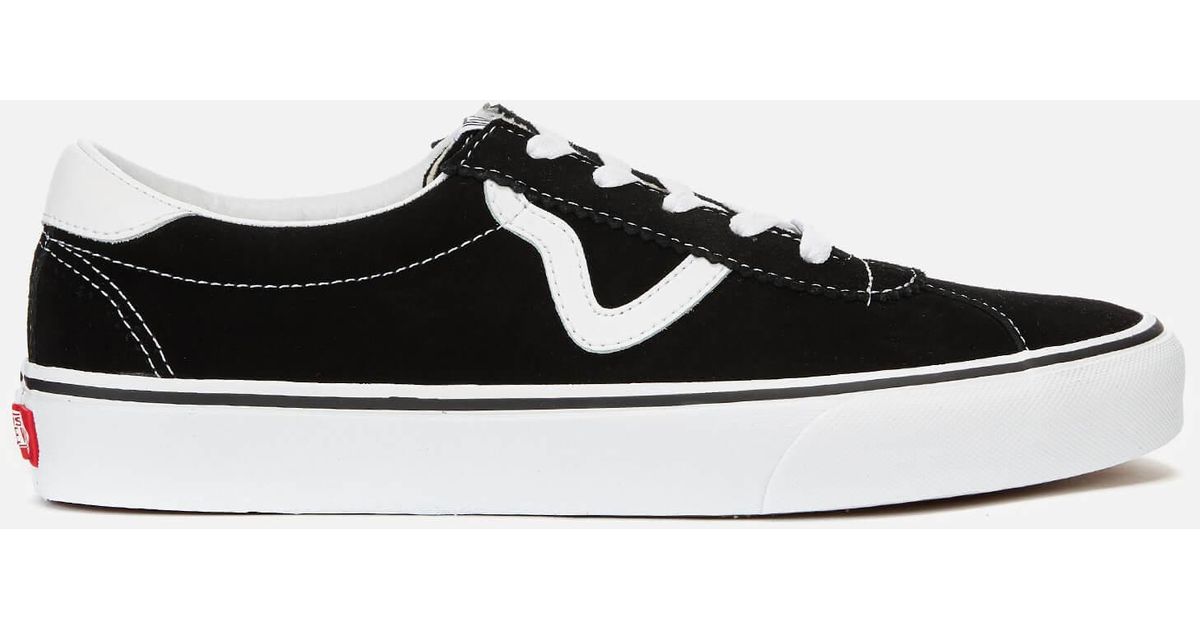 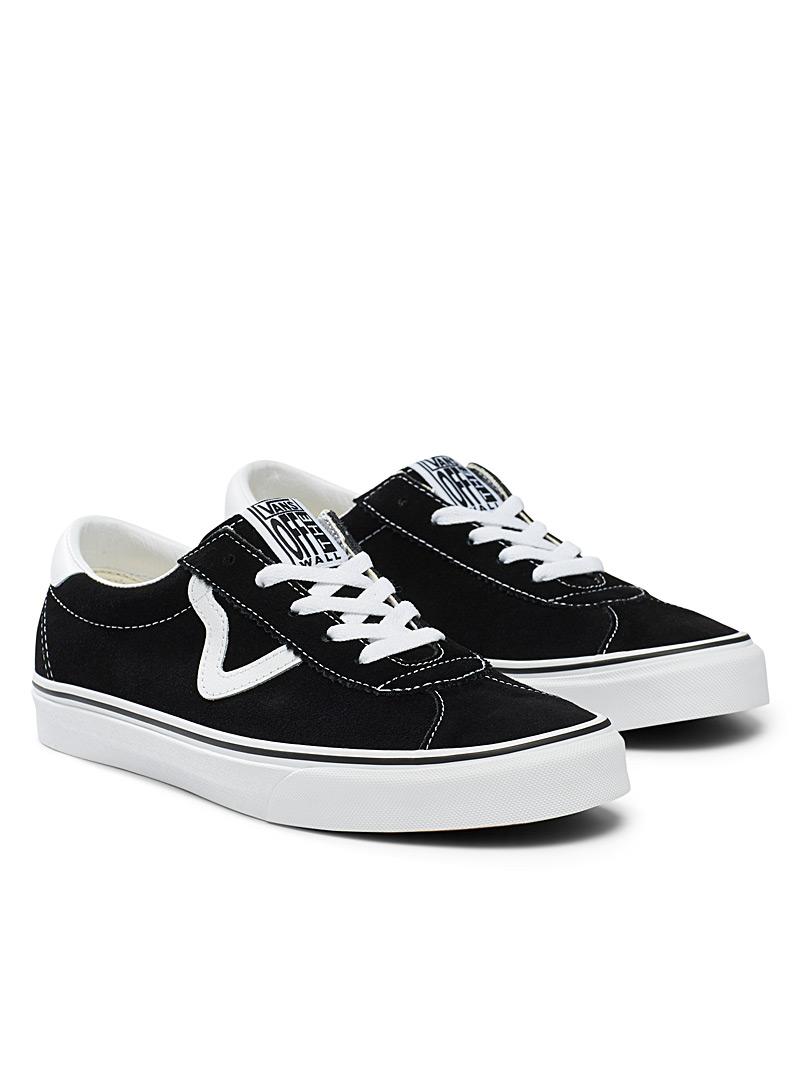 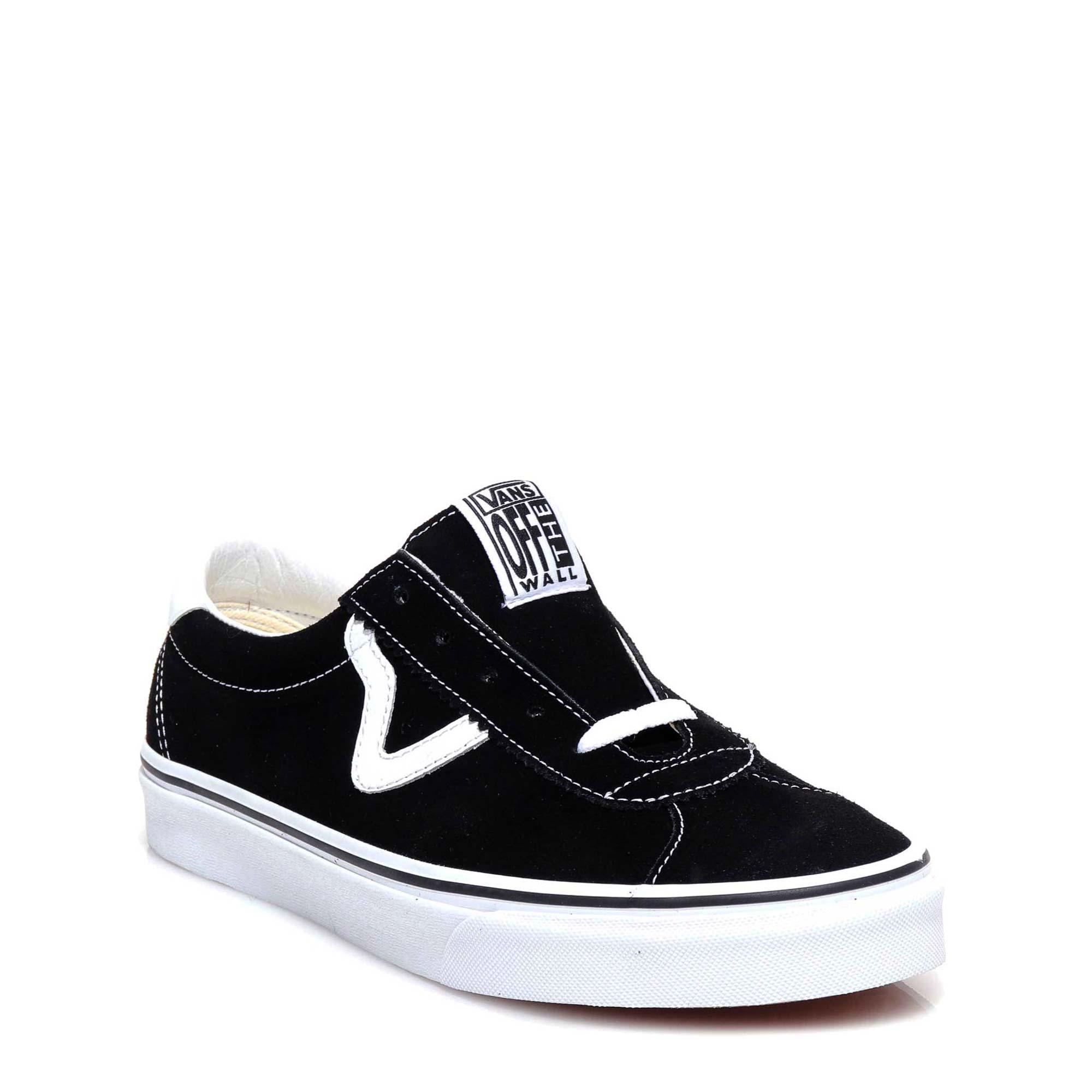 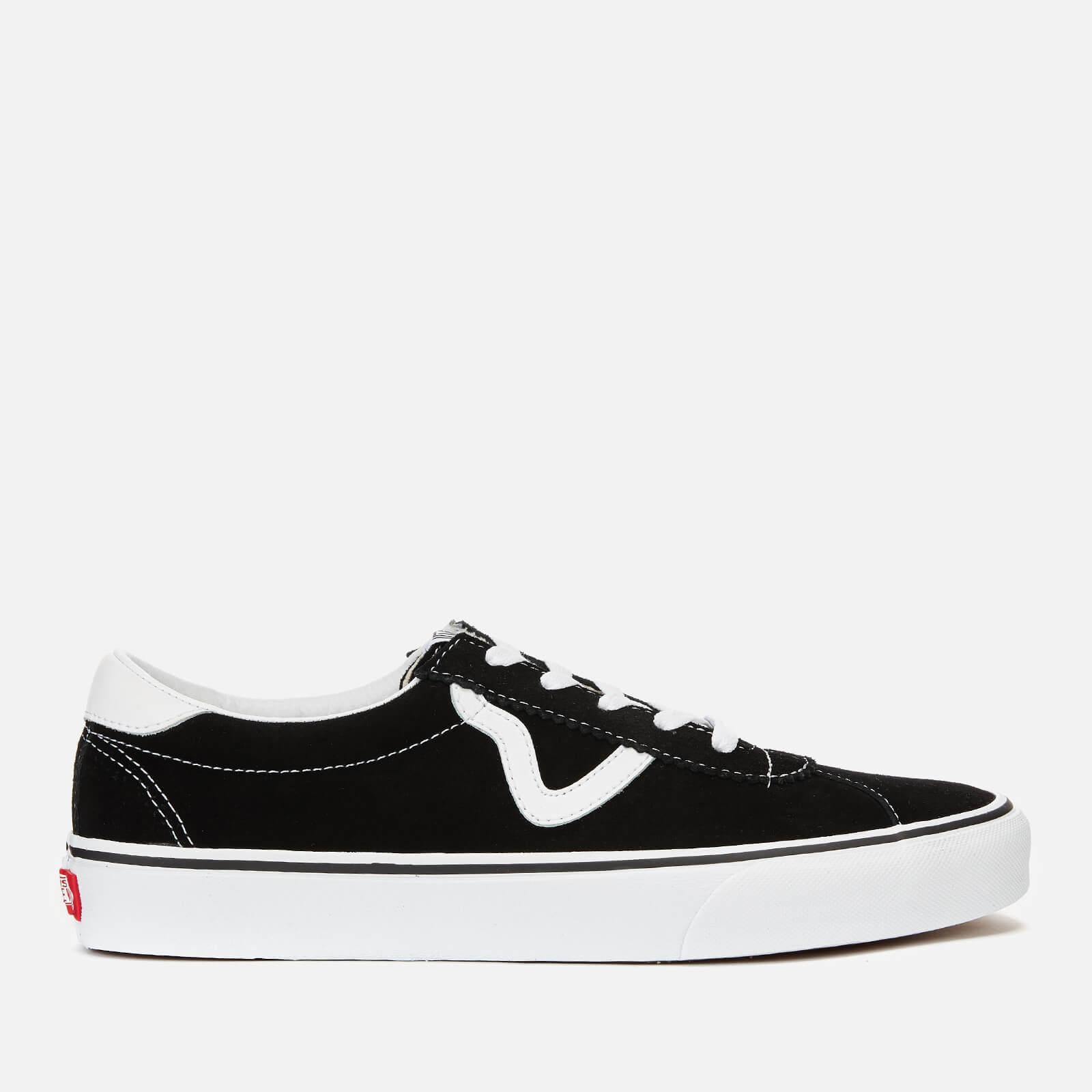 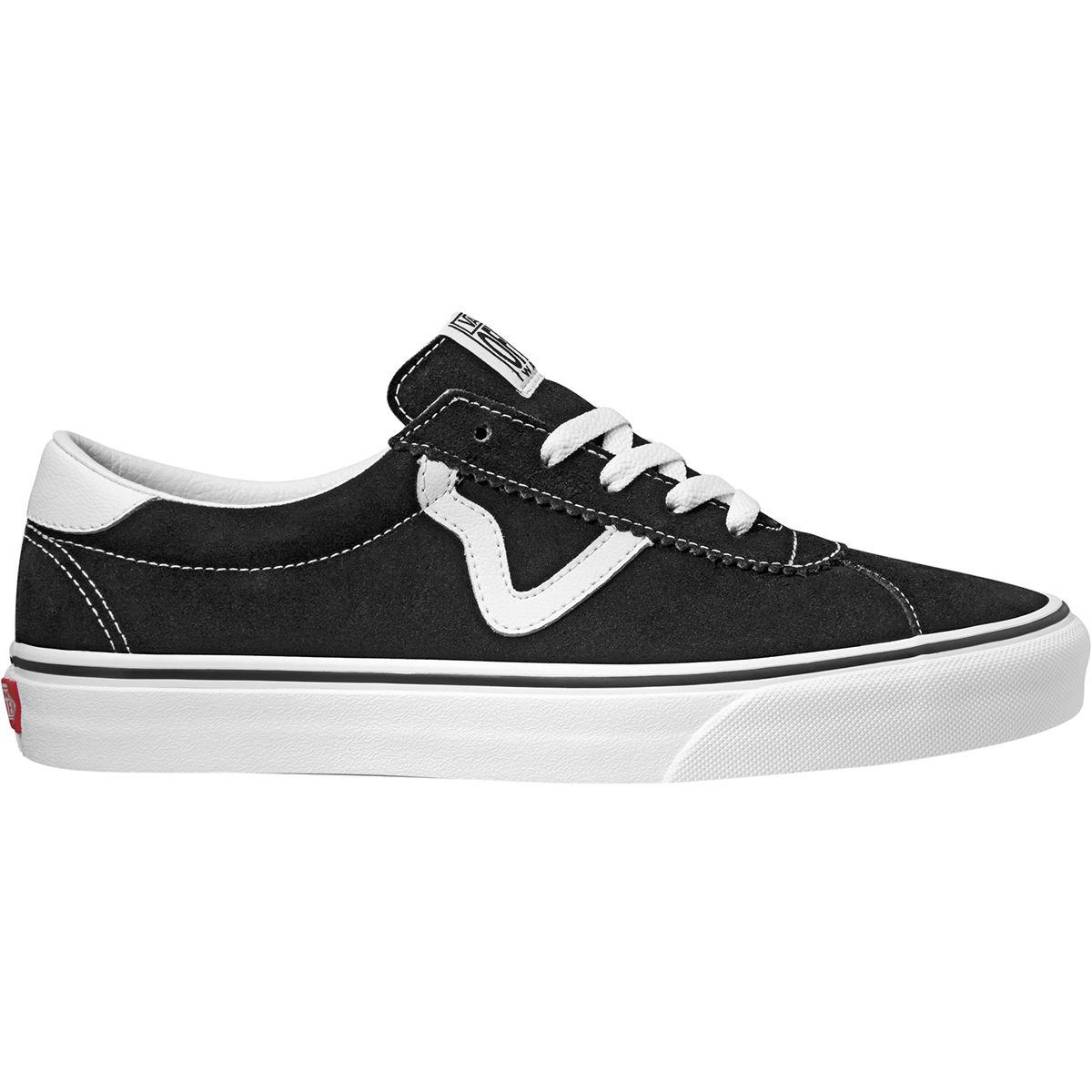 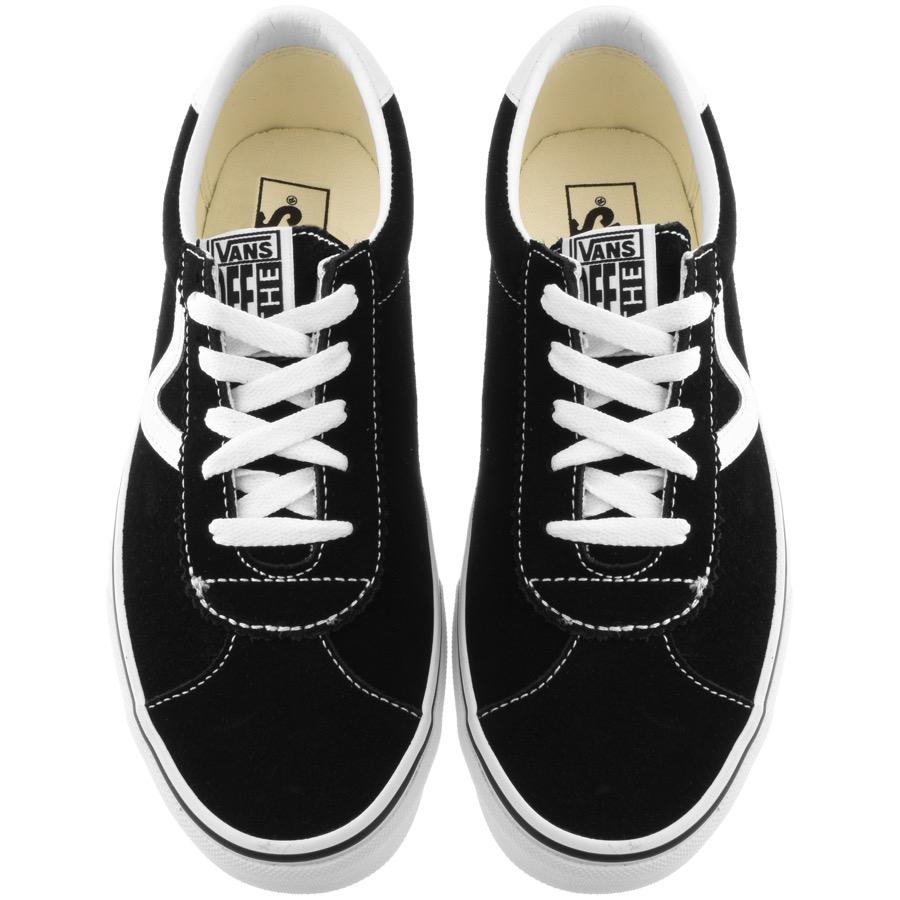 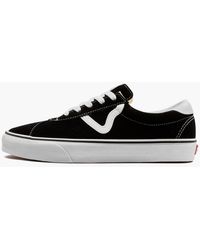 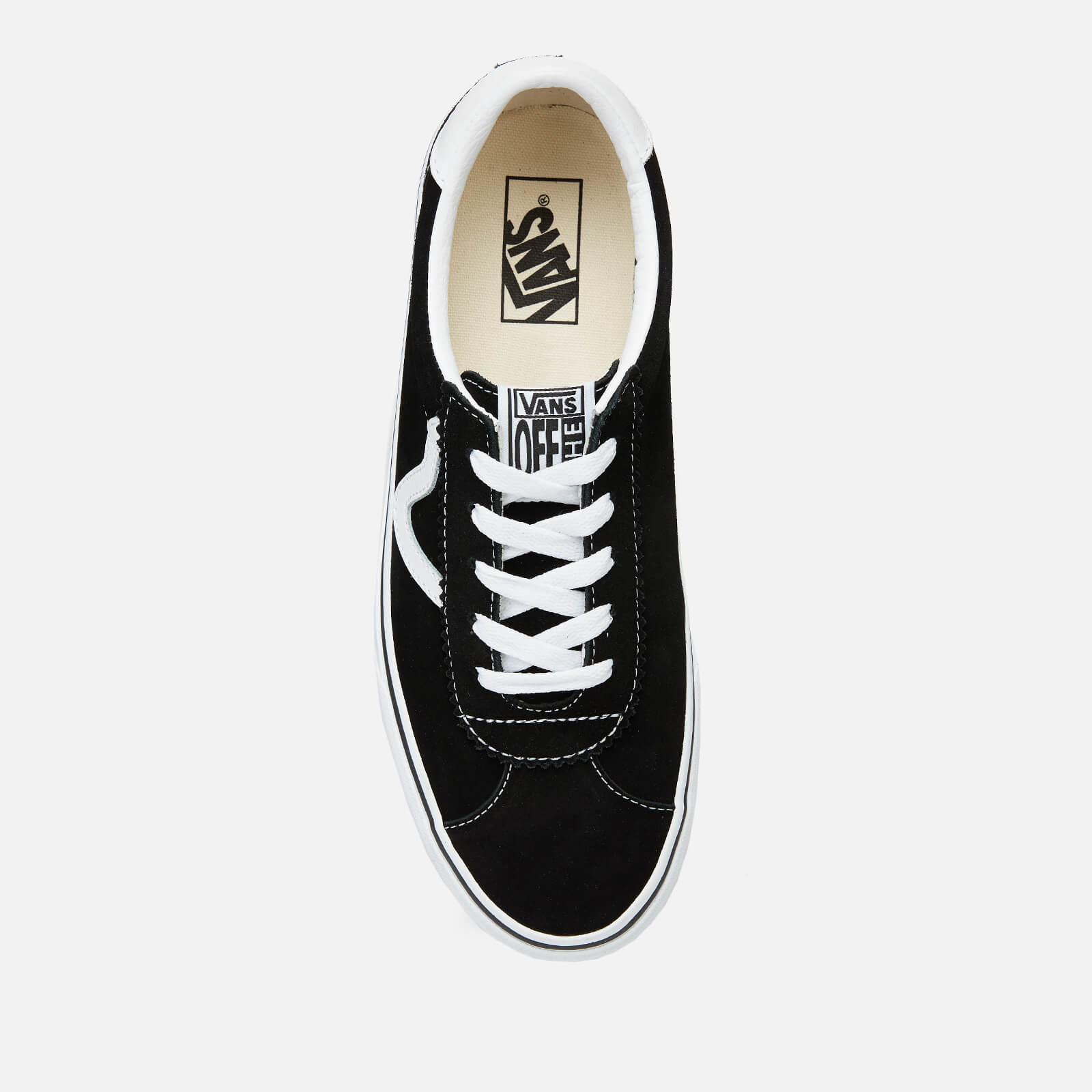 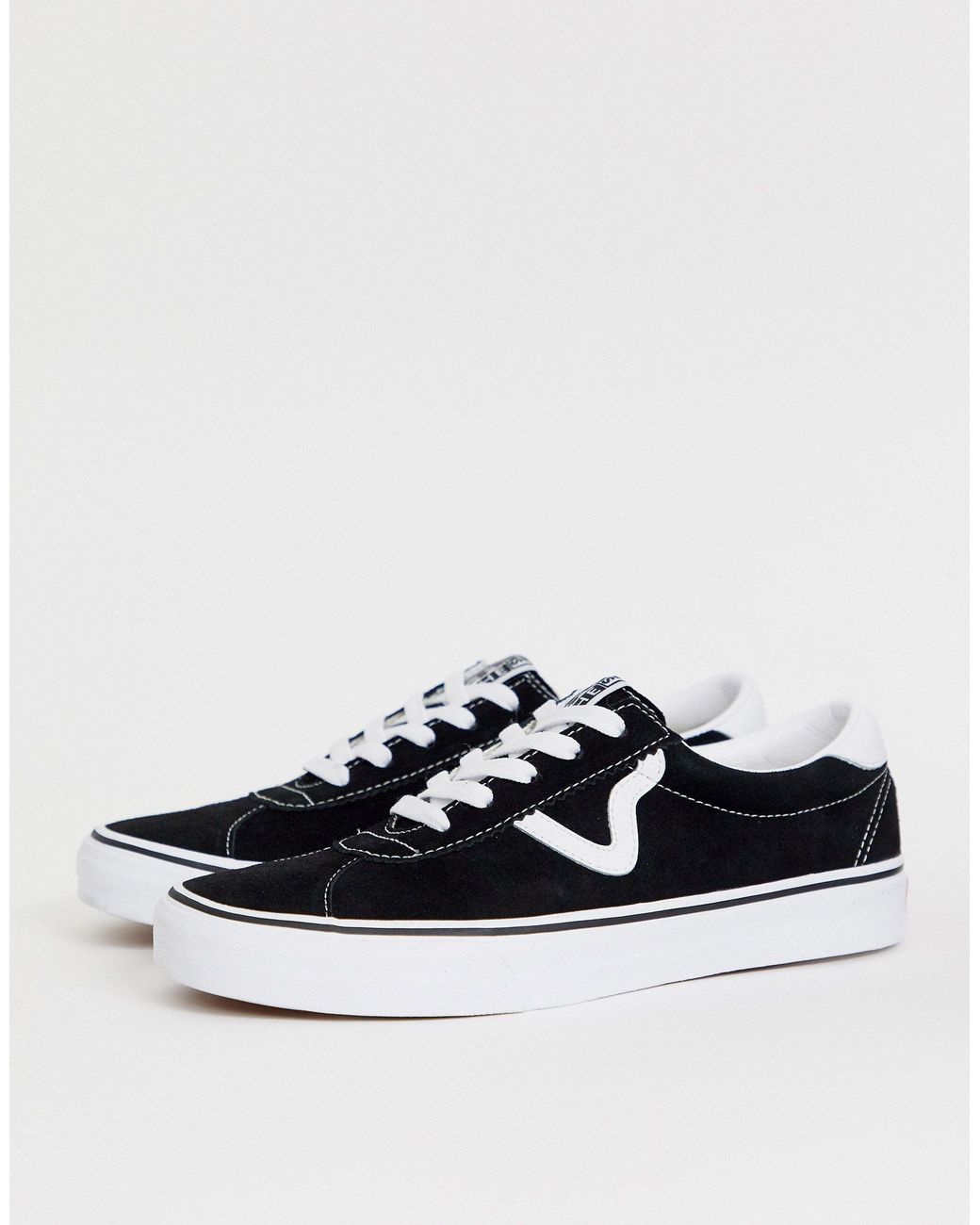 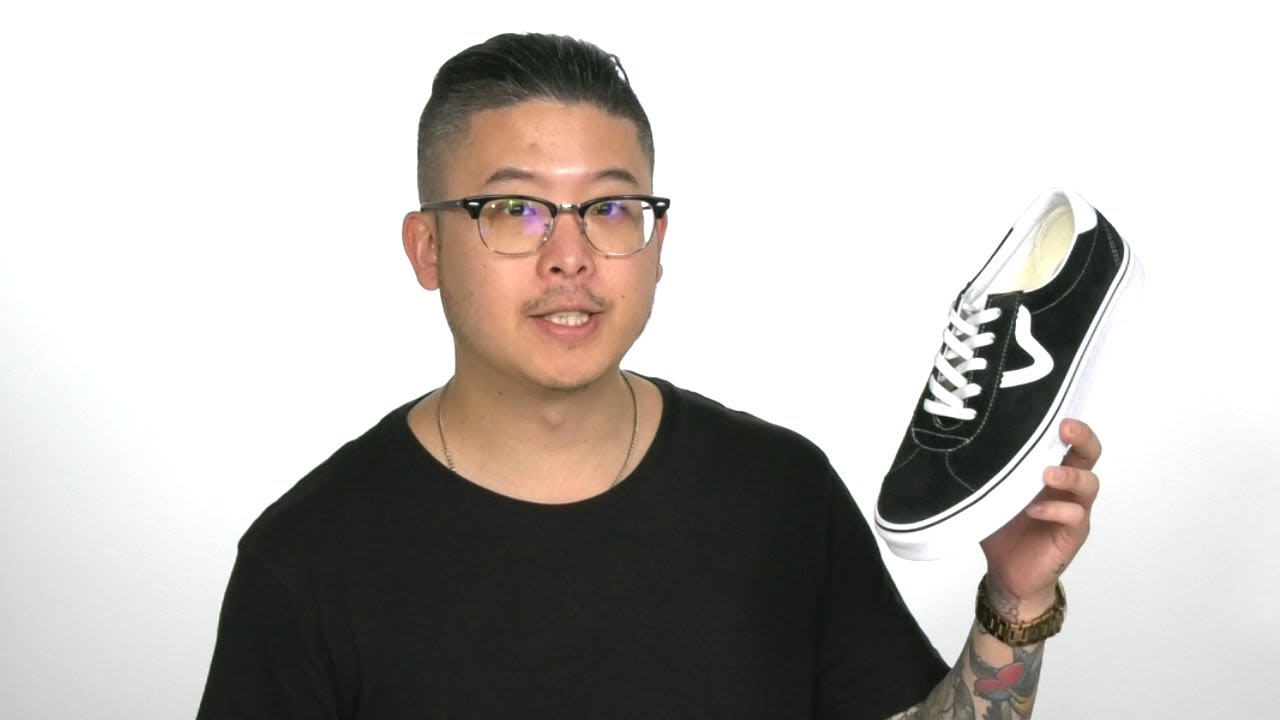 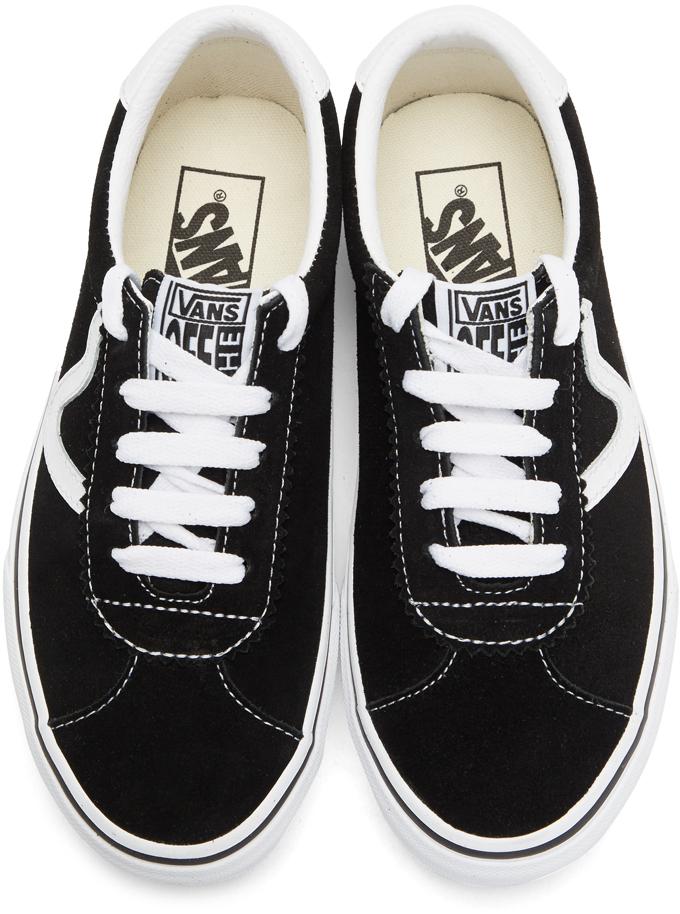 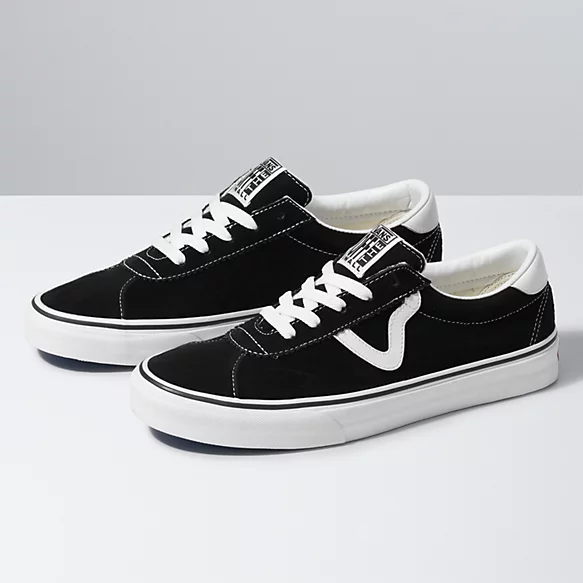 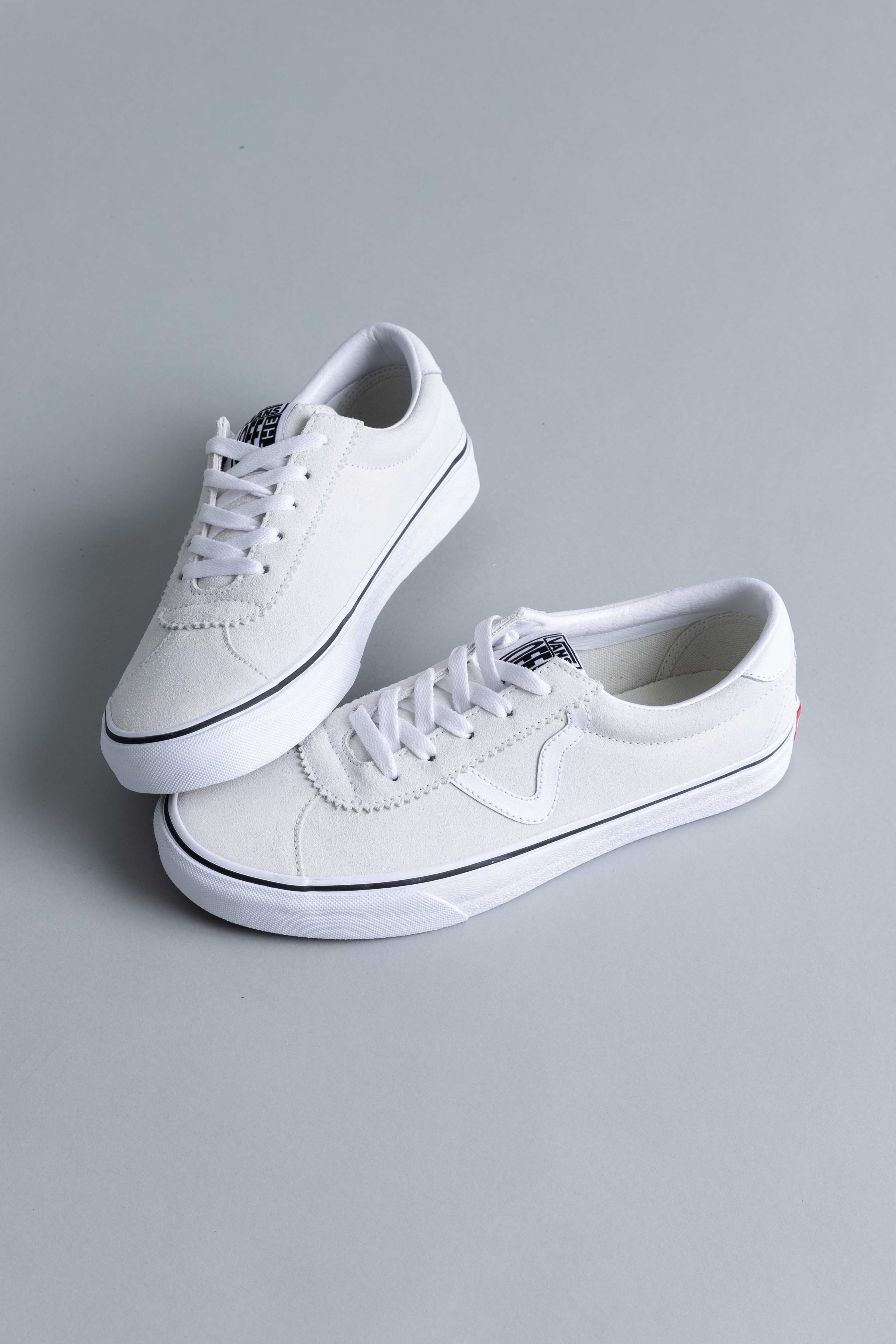 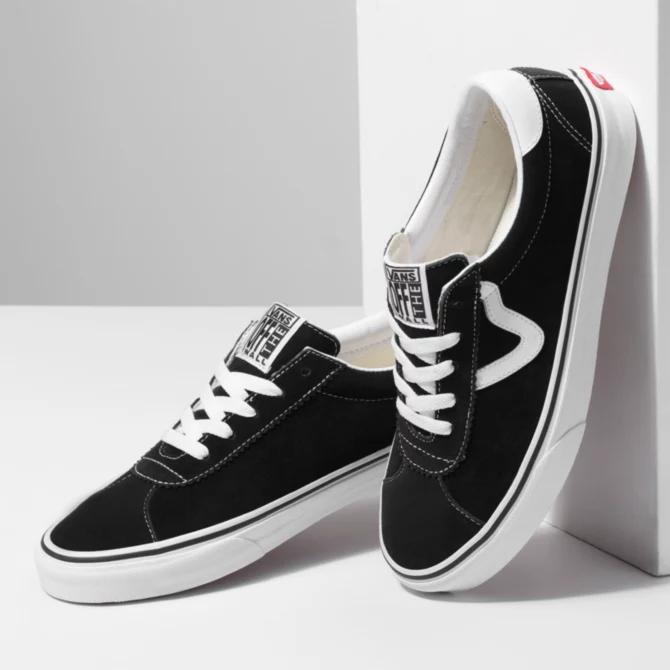 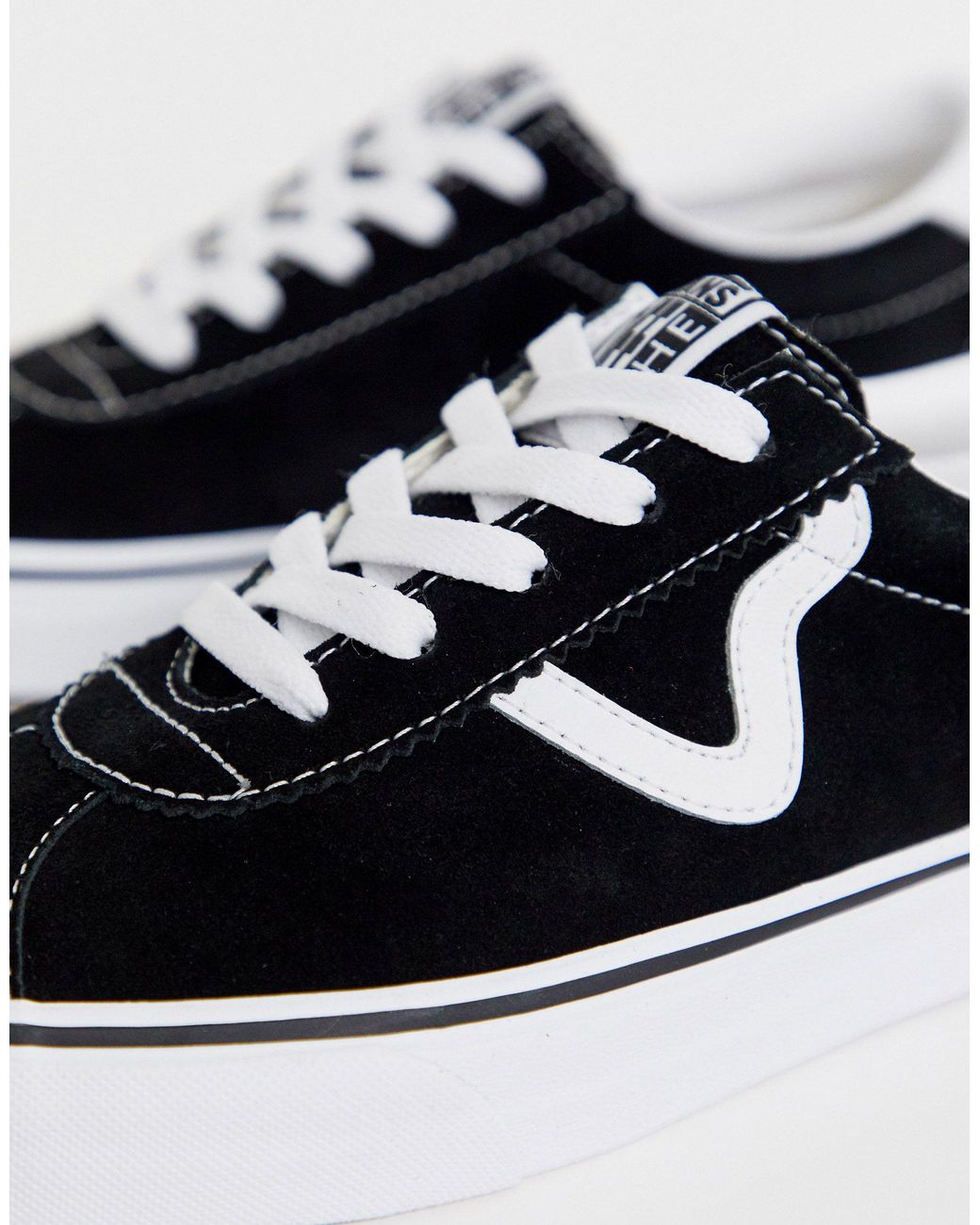