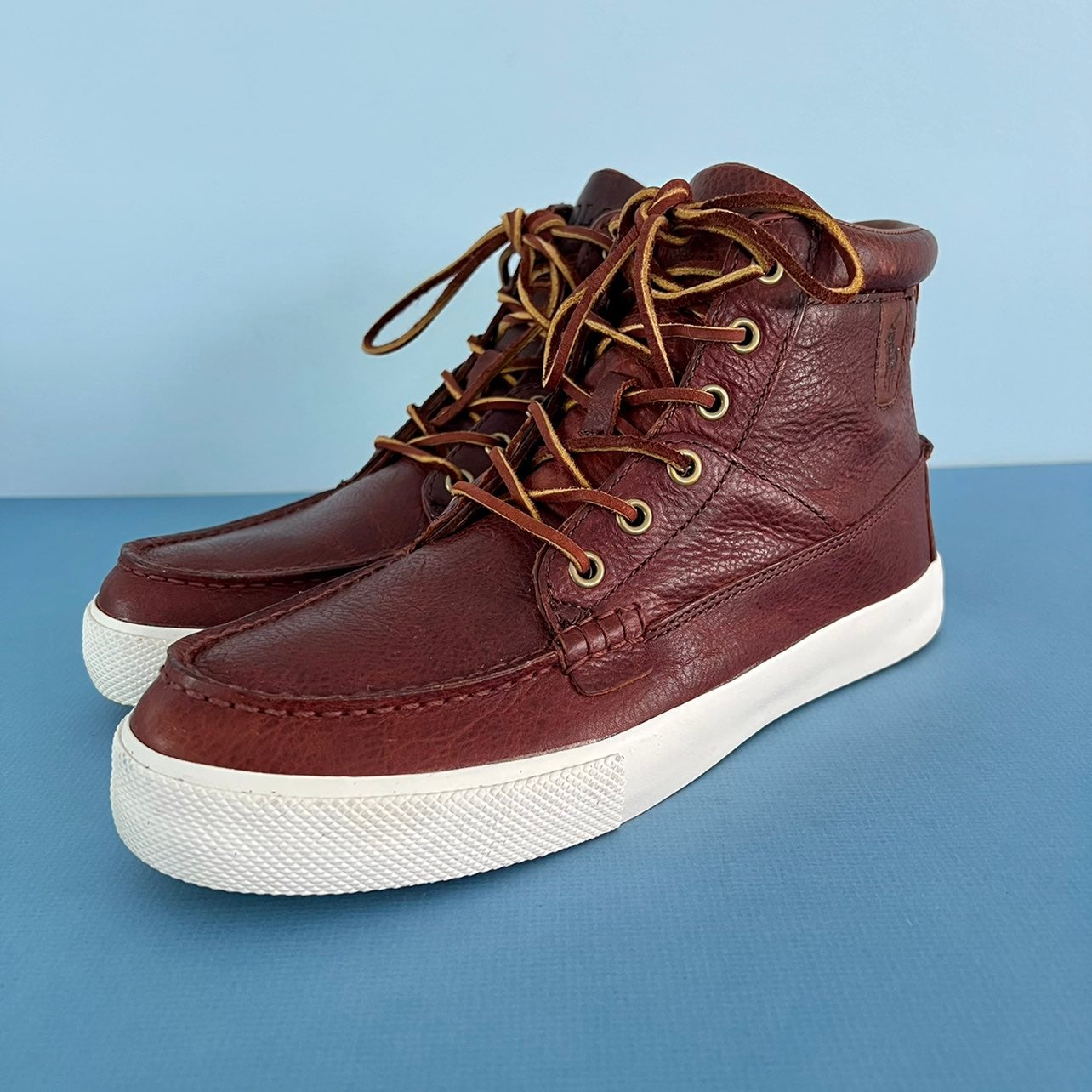 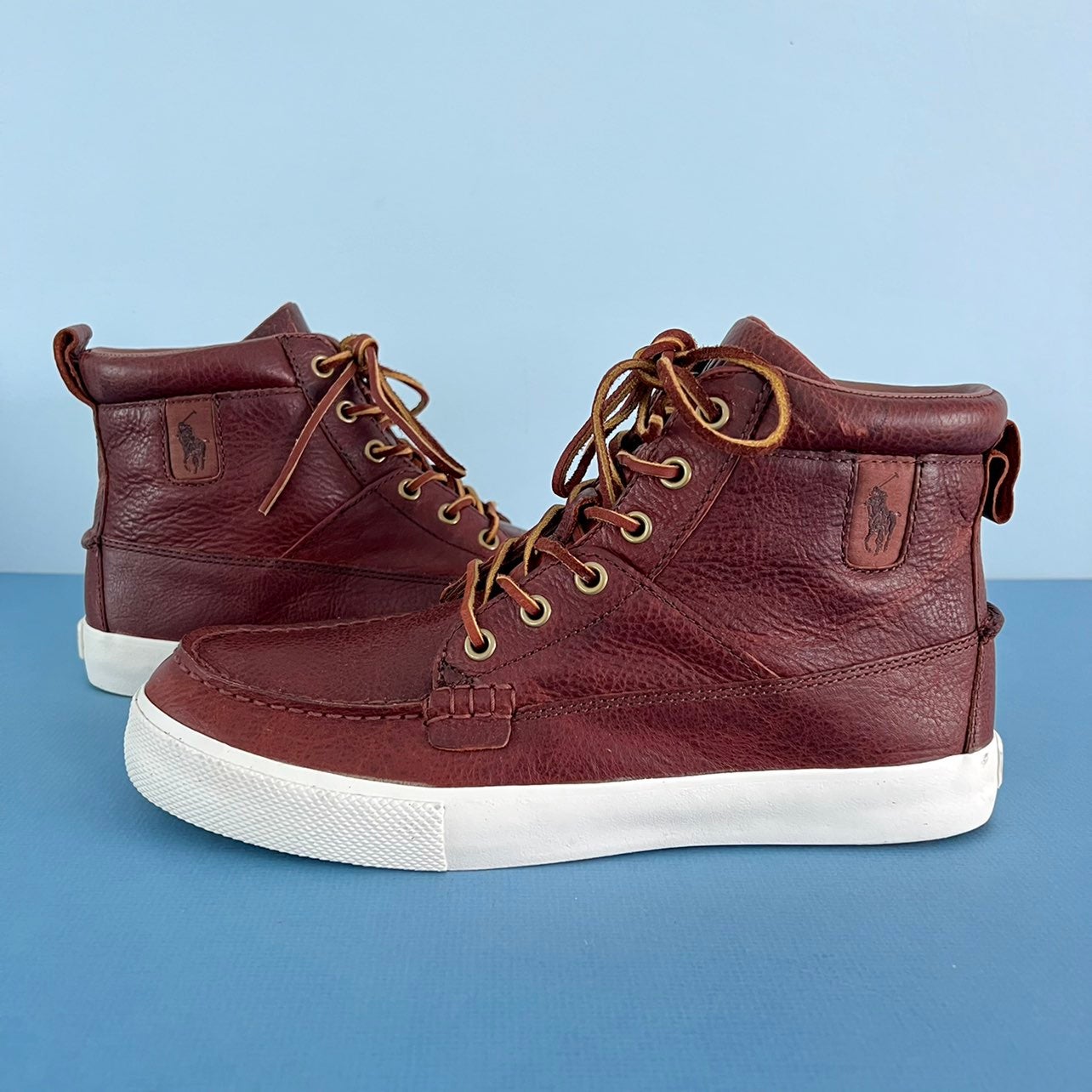 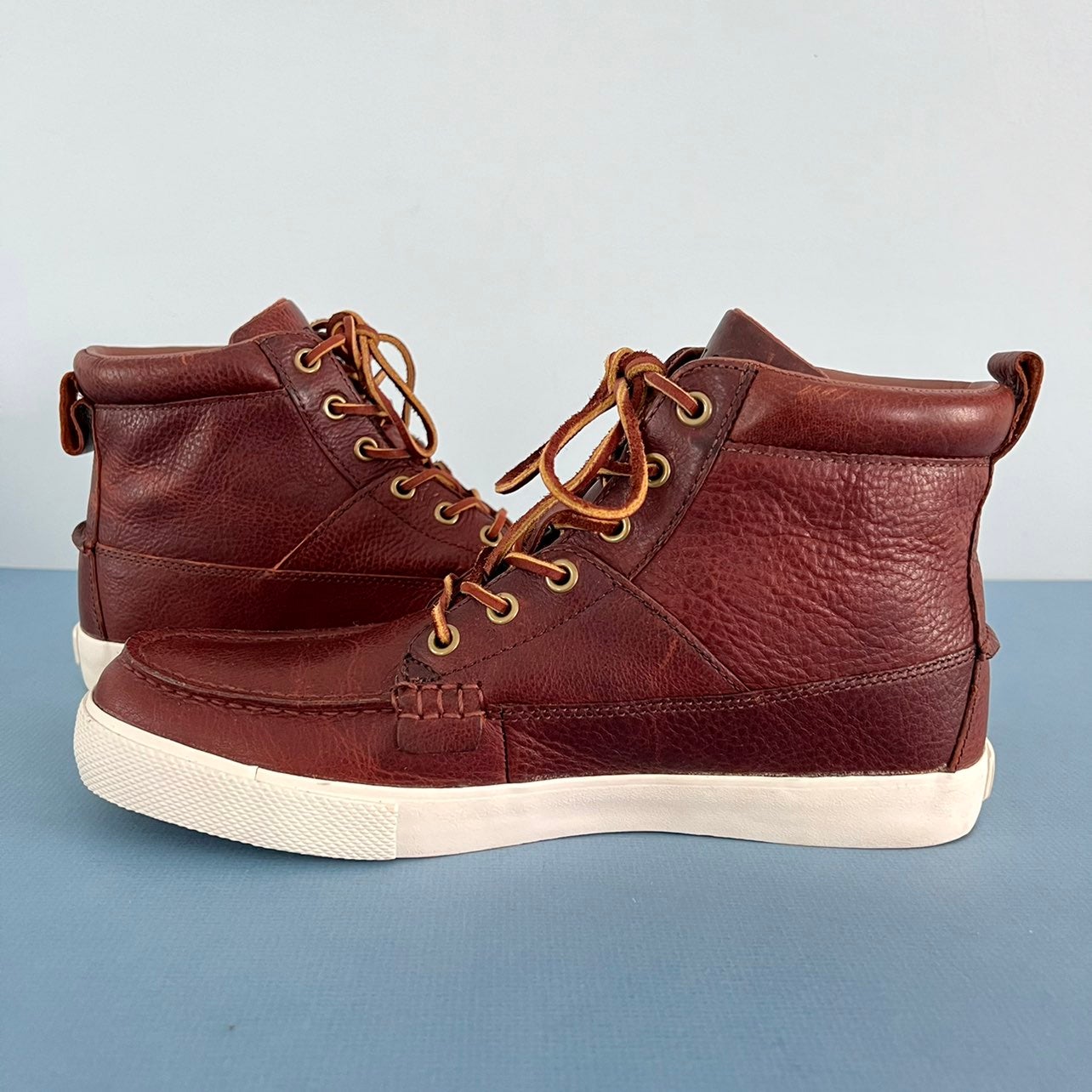 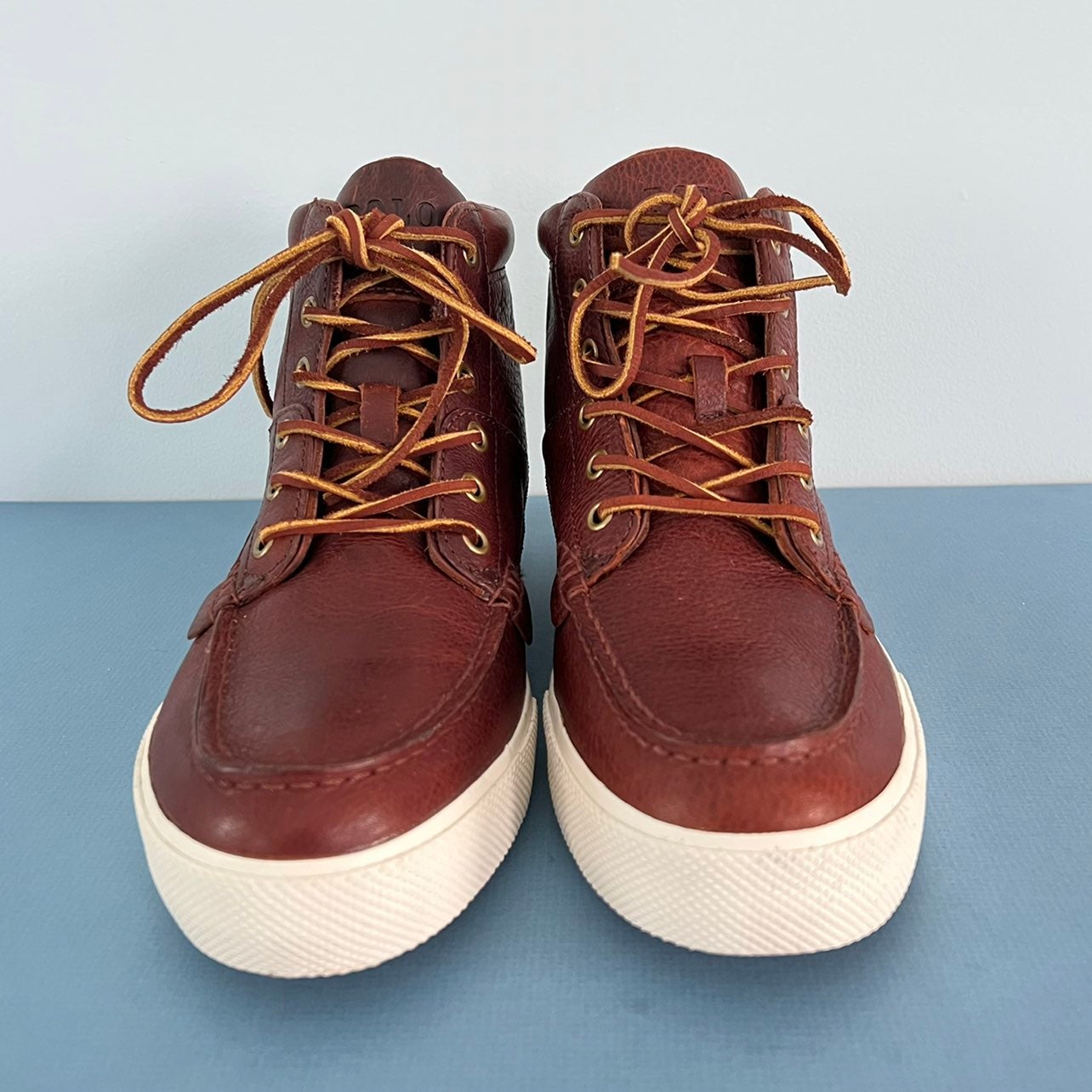 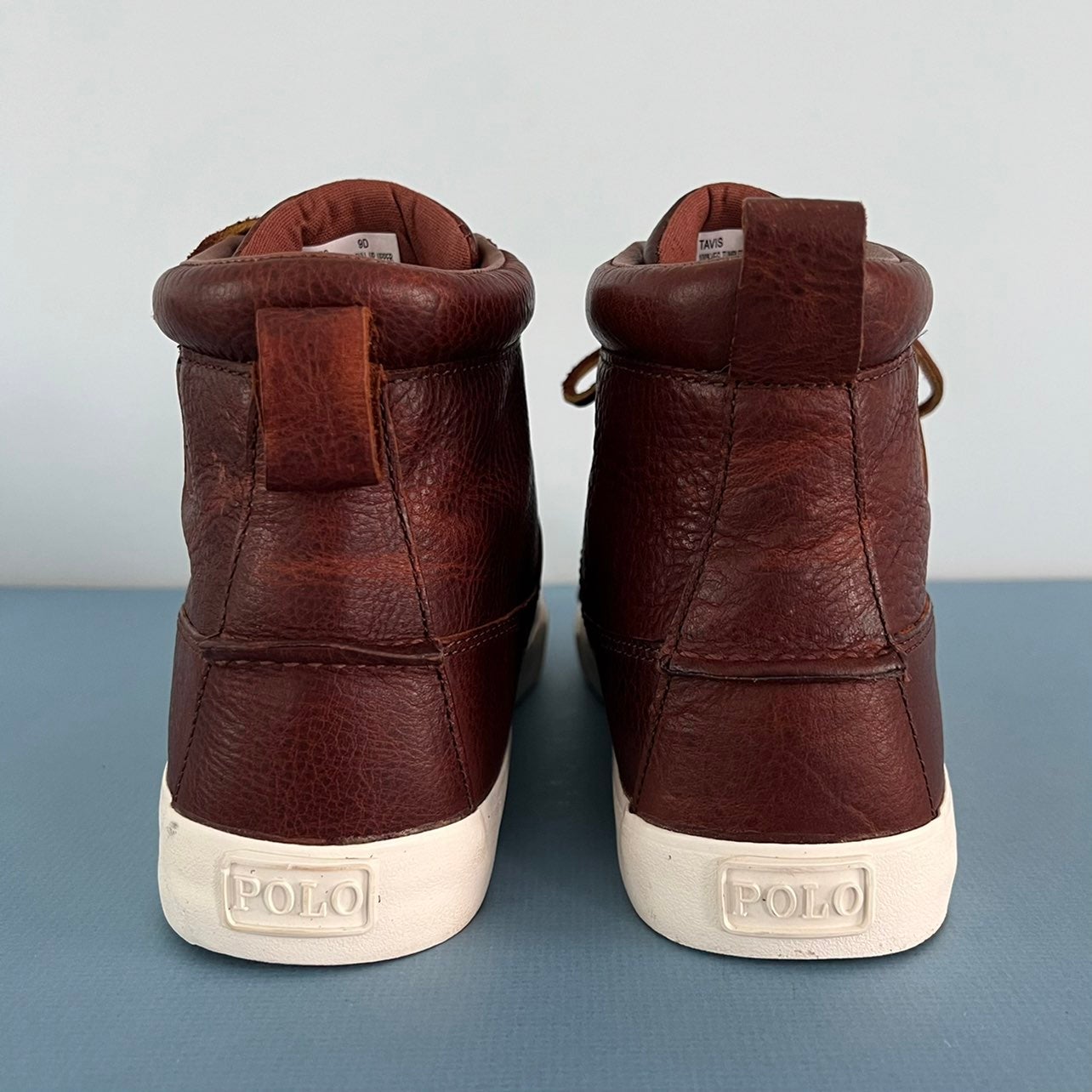 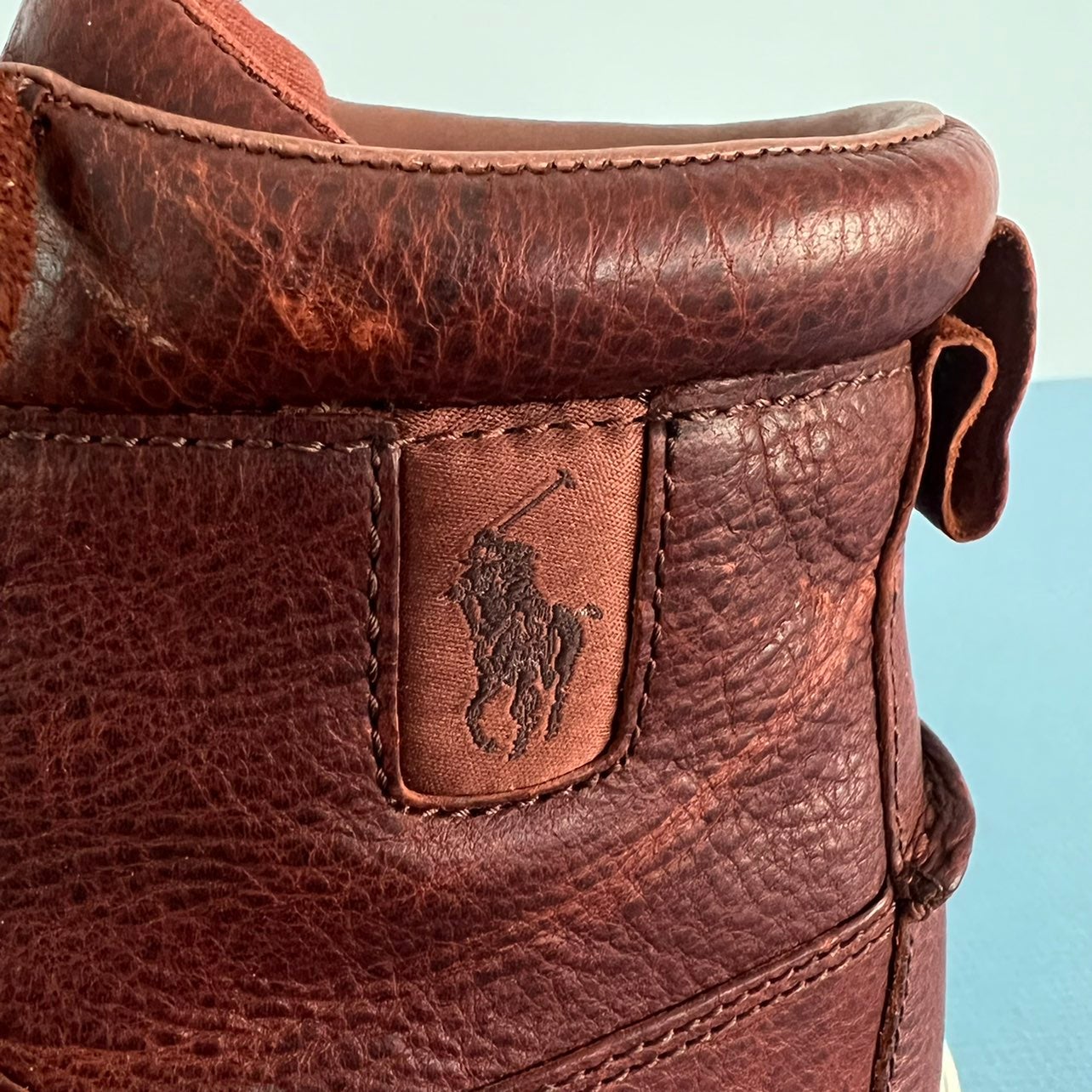 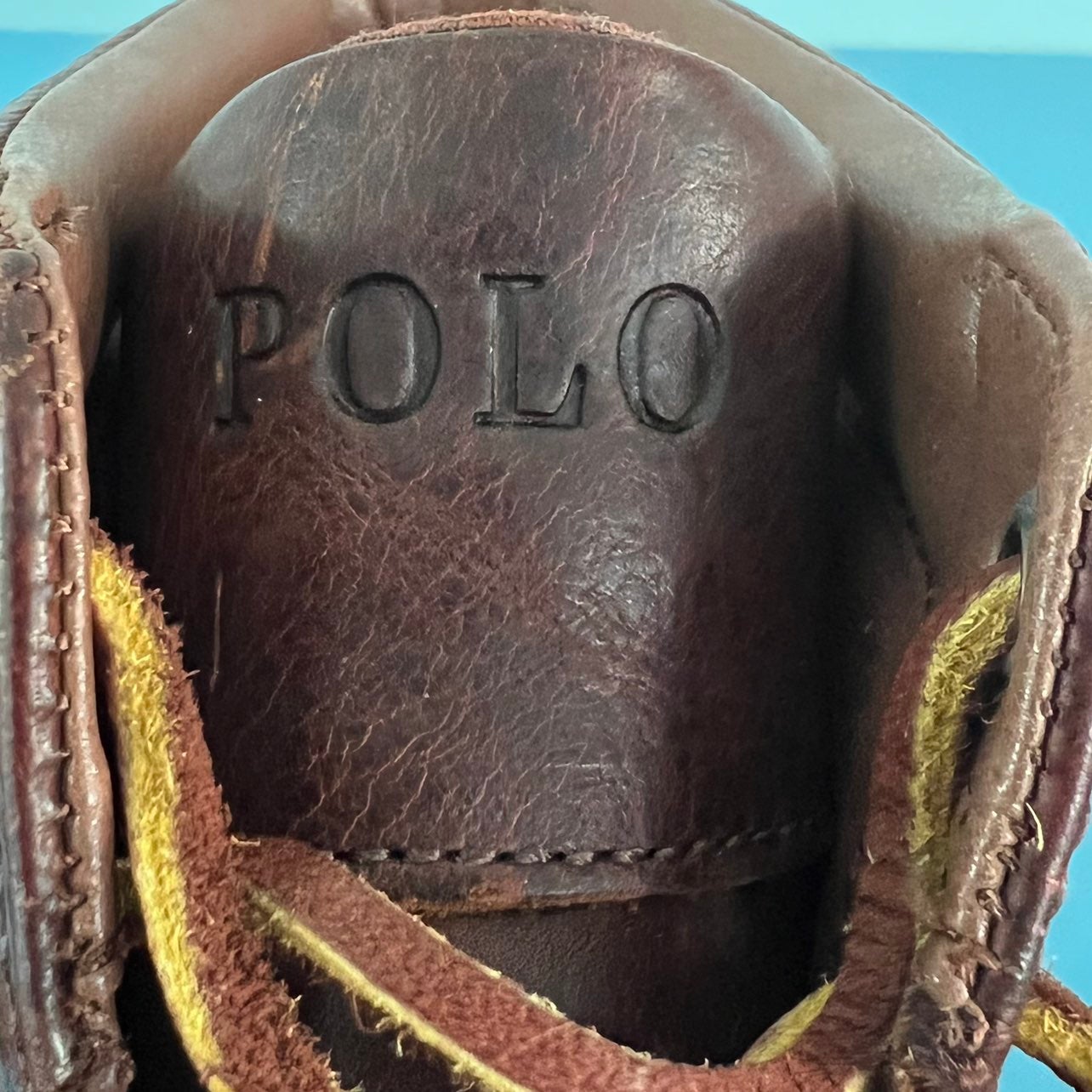 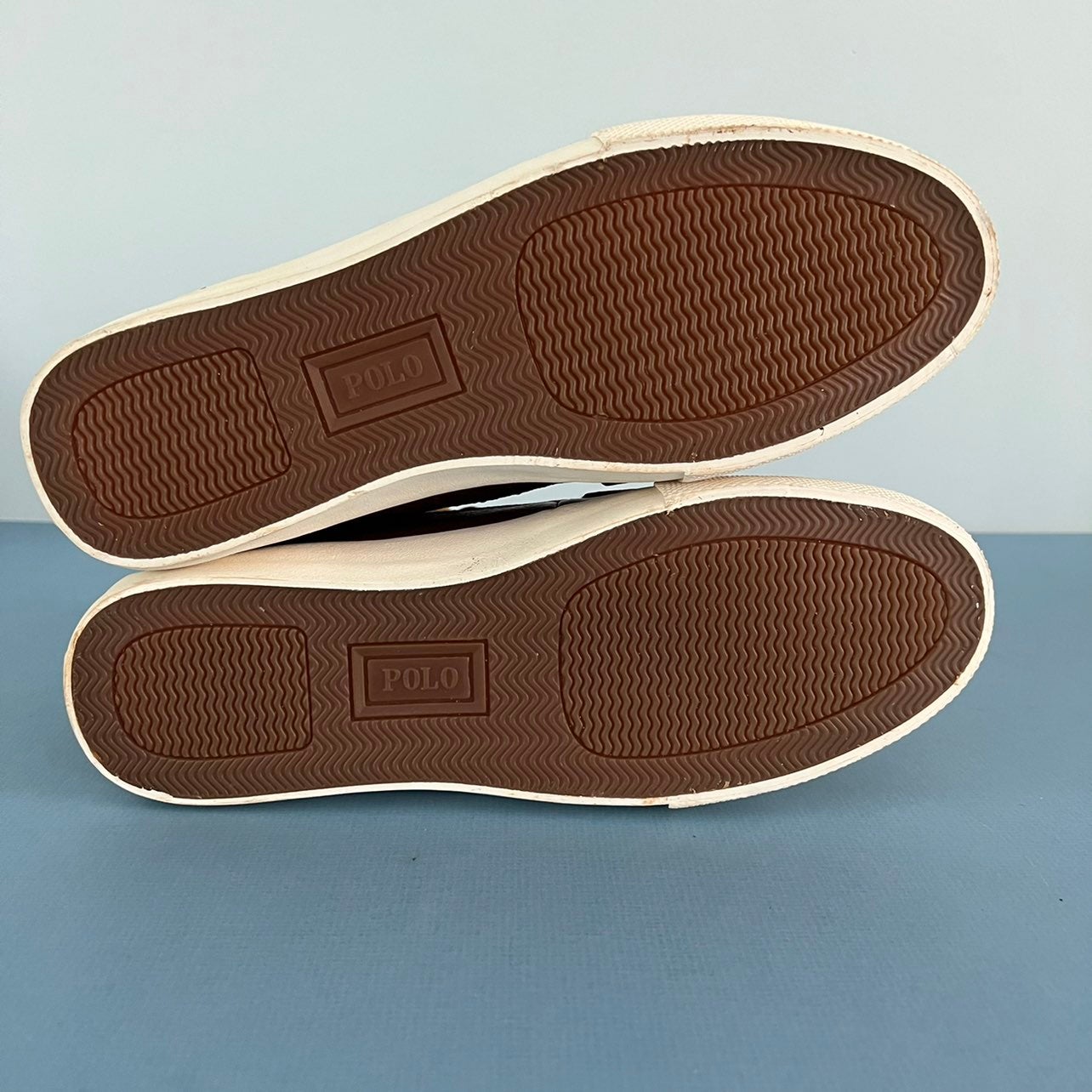 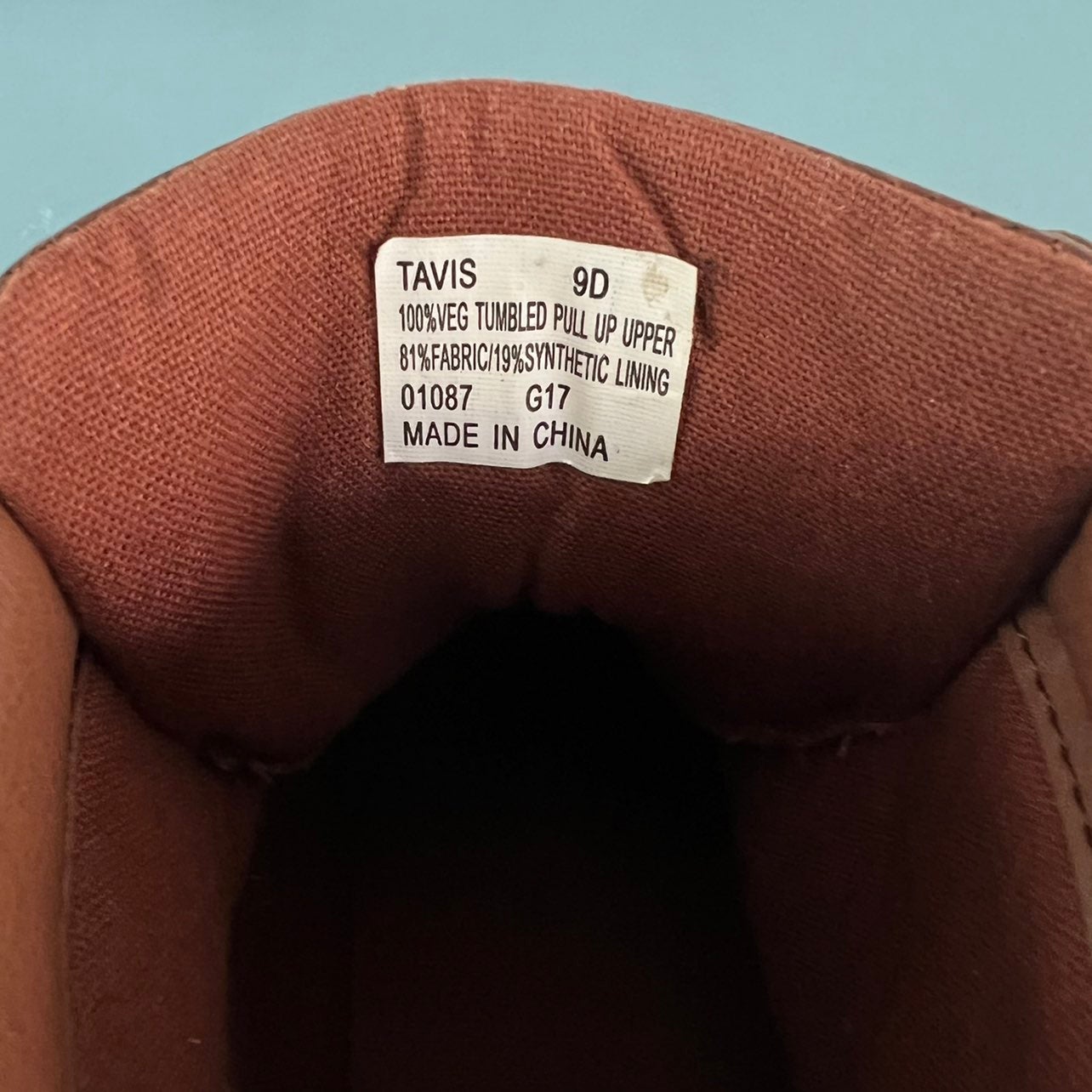 This handsome tumbled leather shoe from Polo Ralph Lauren combines the look of a rugged boot with the comfort and ease of a sneaker outsole! 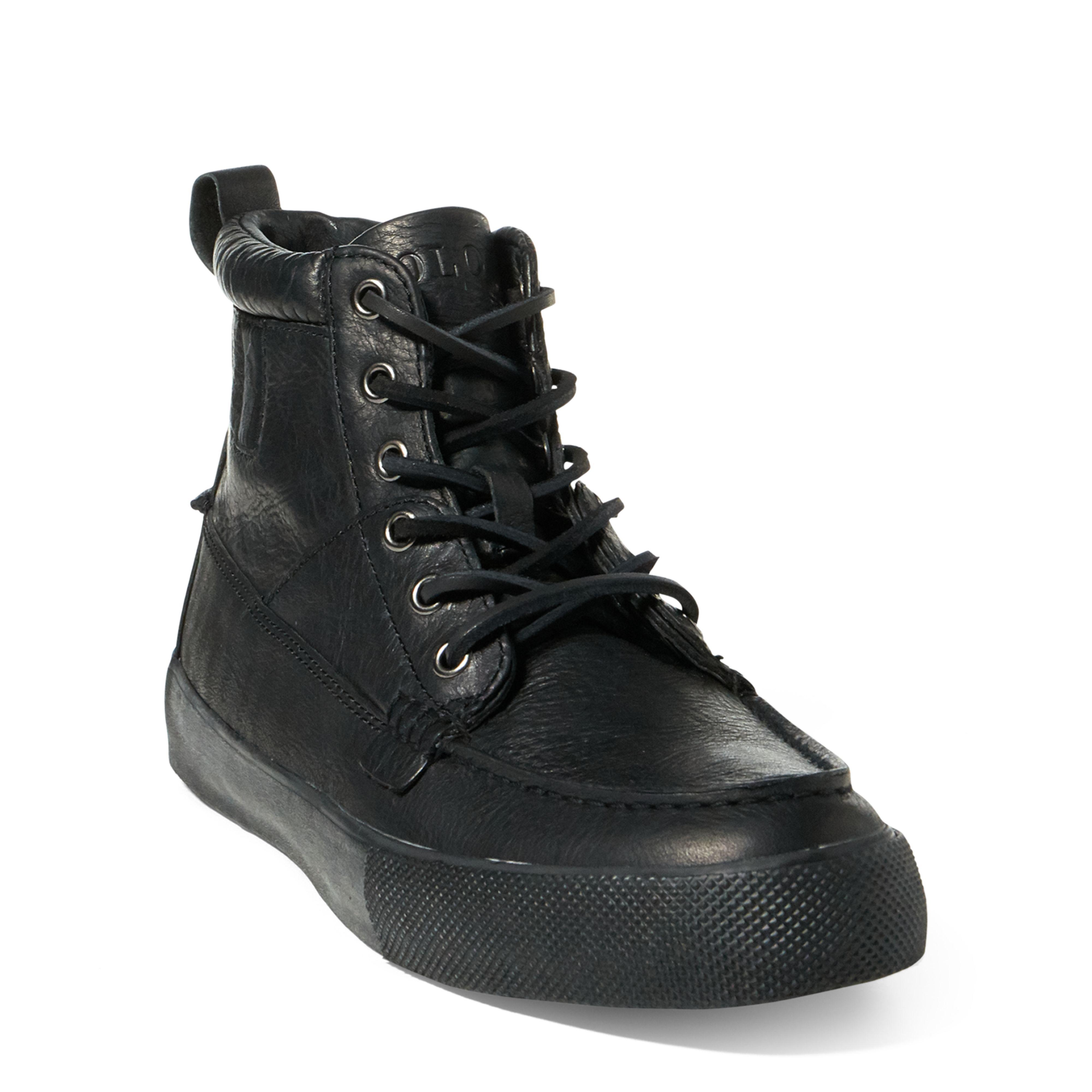 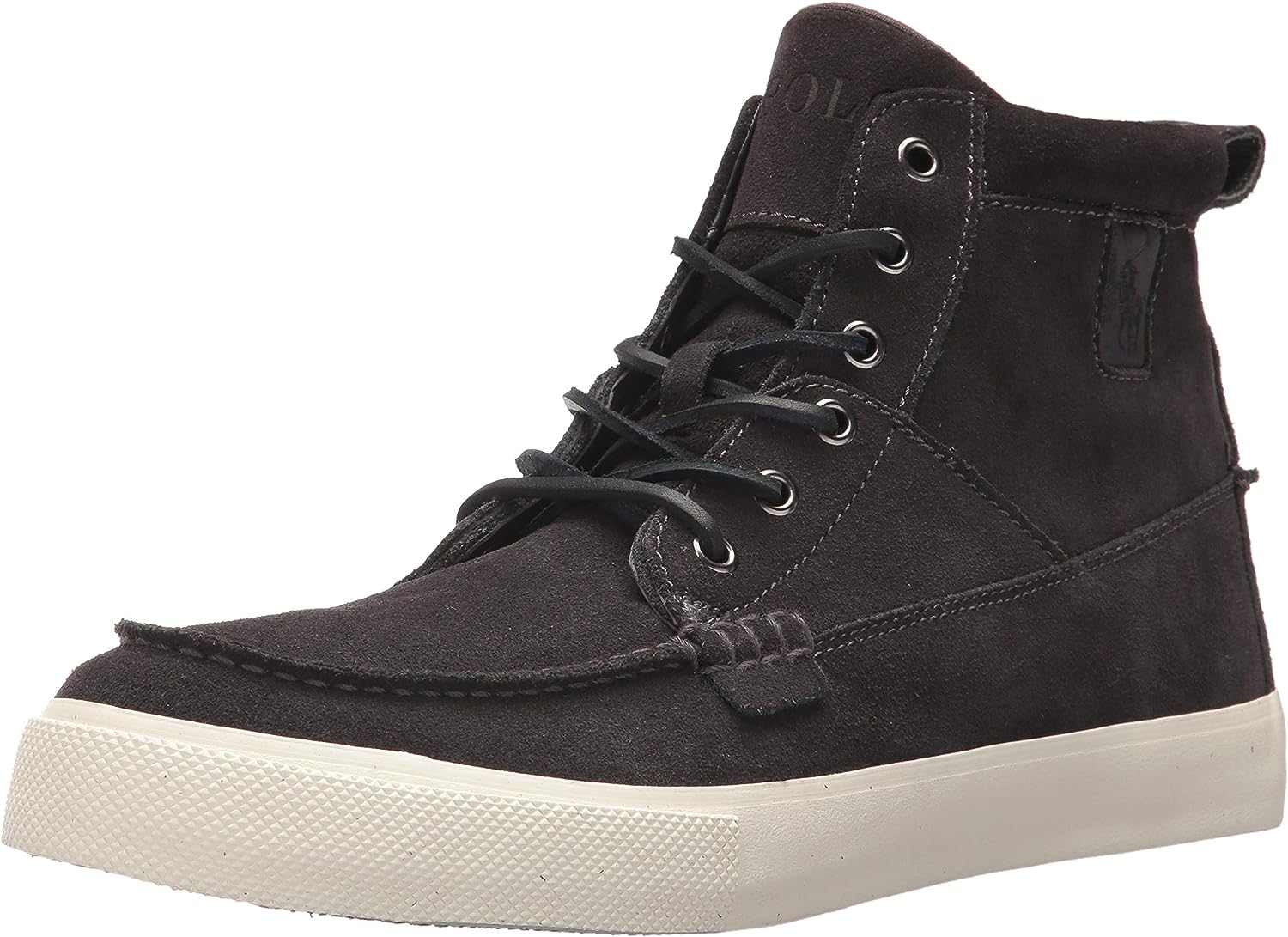 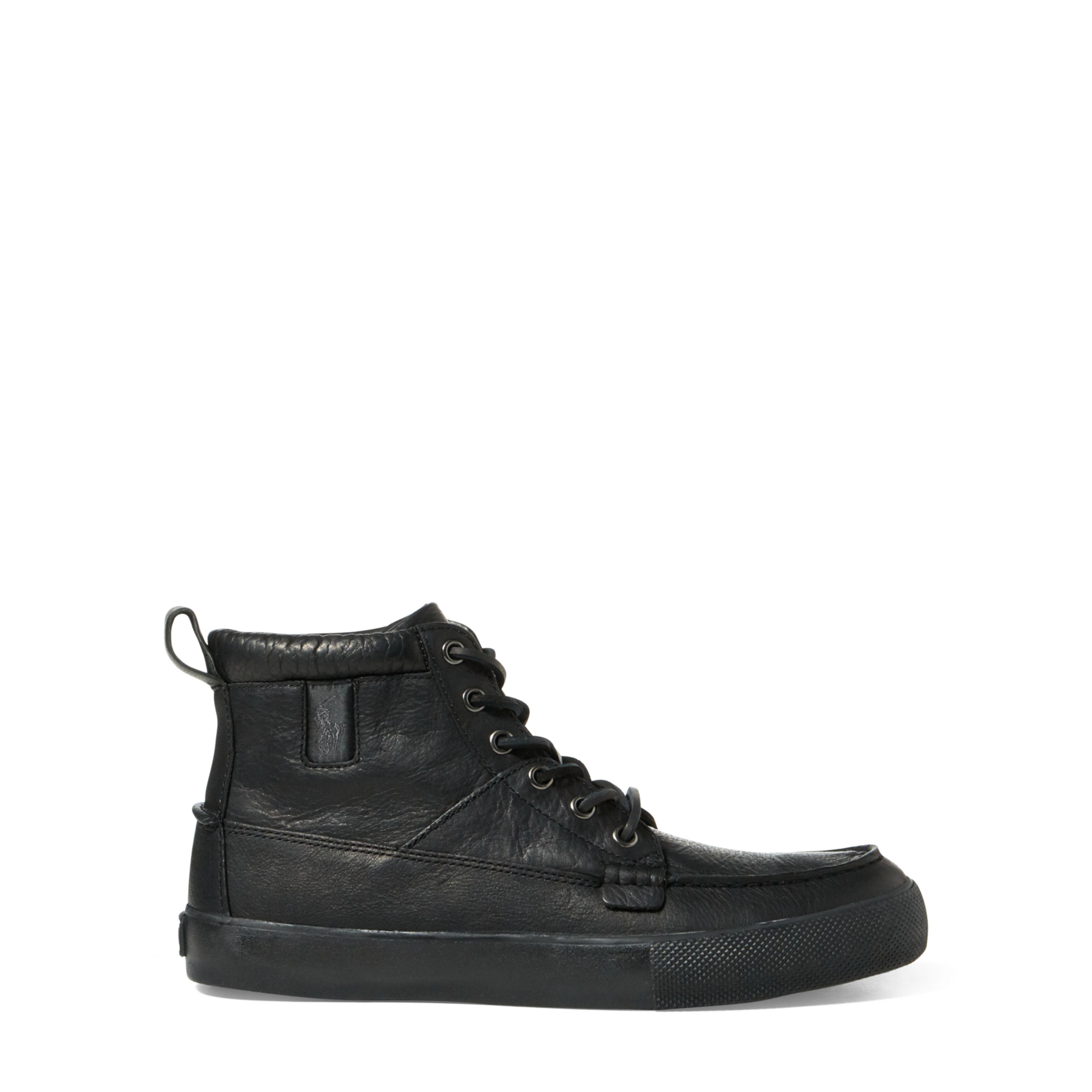 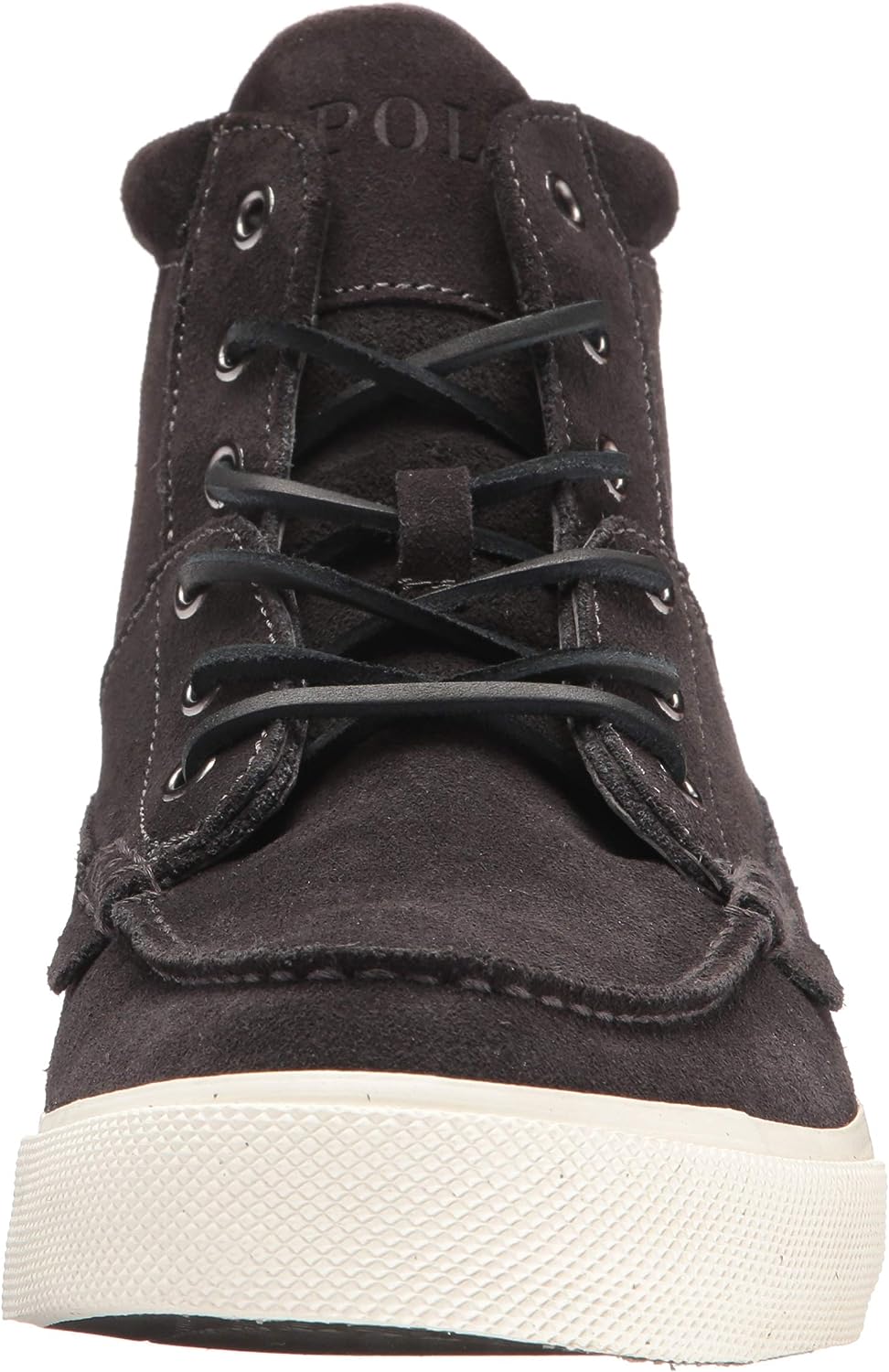 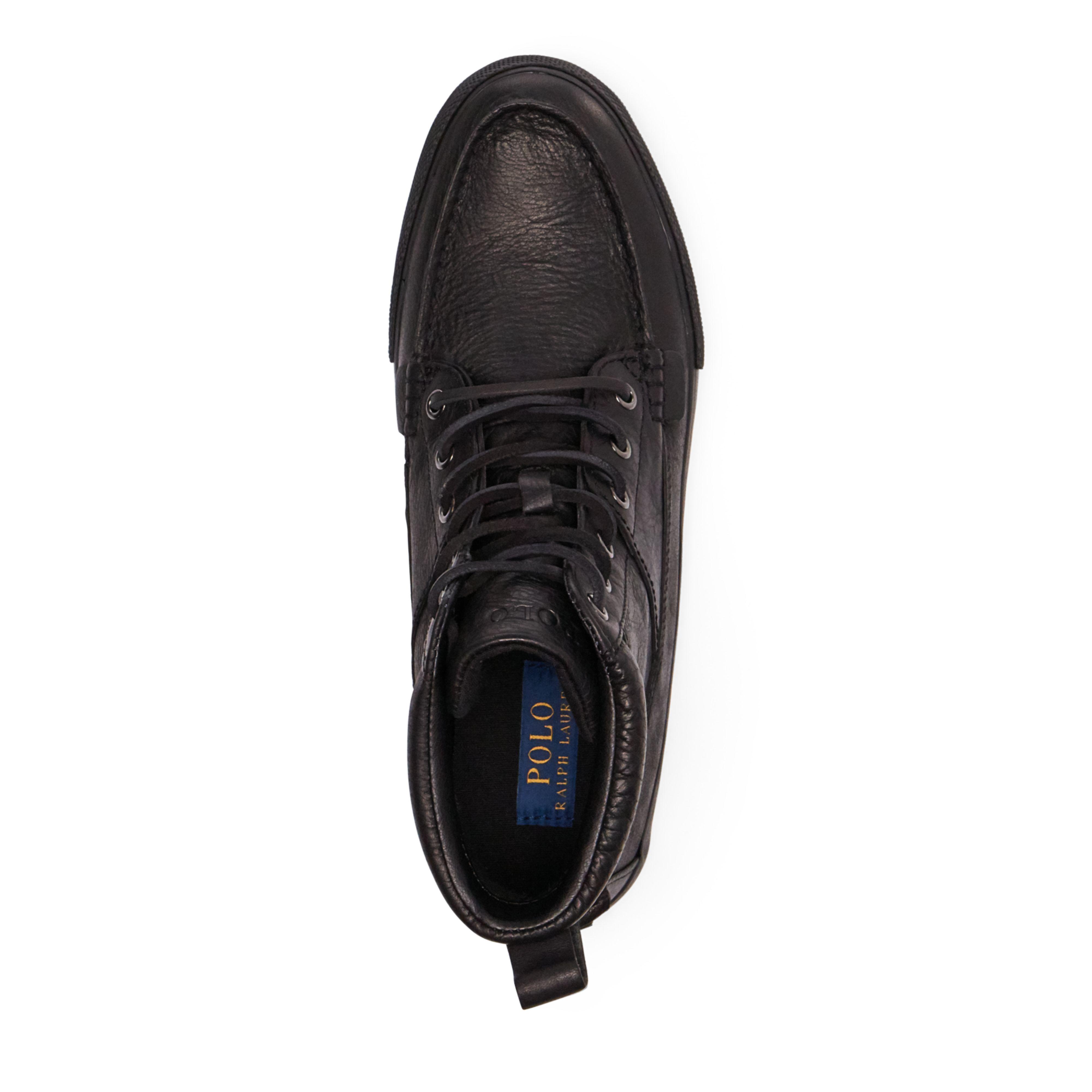 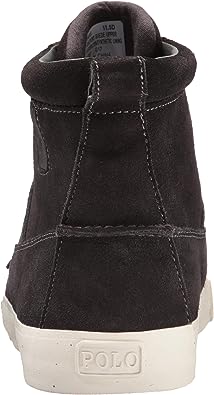 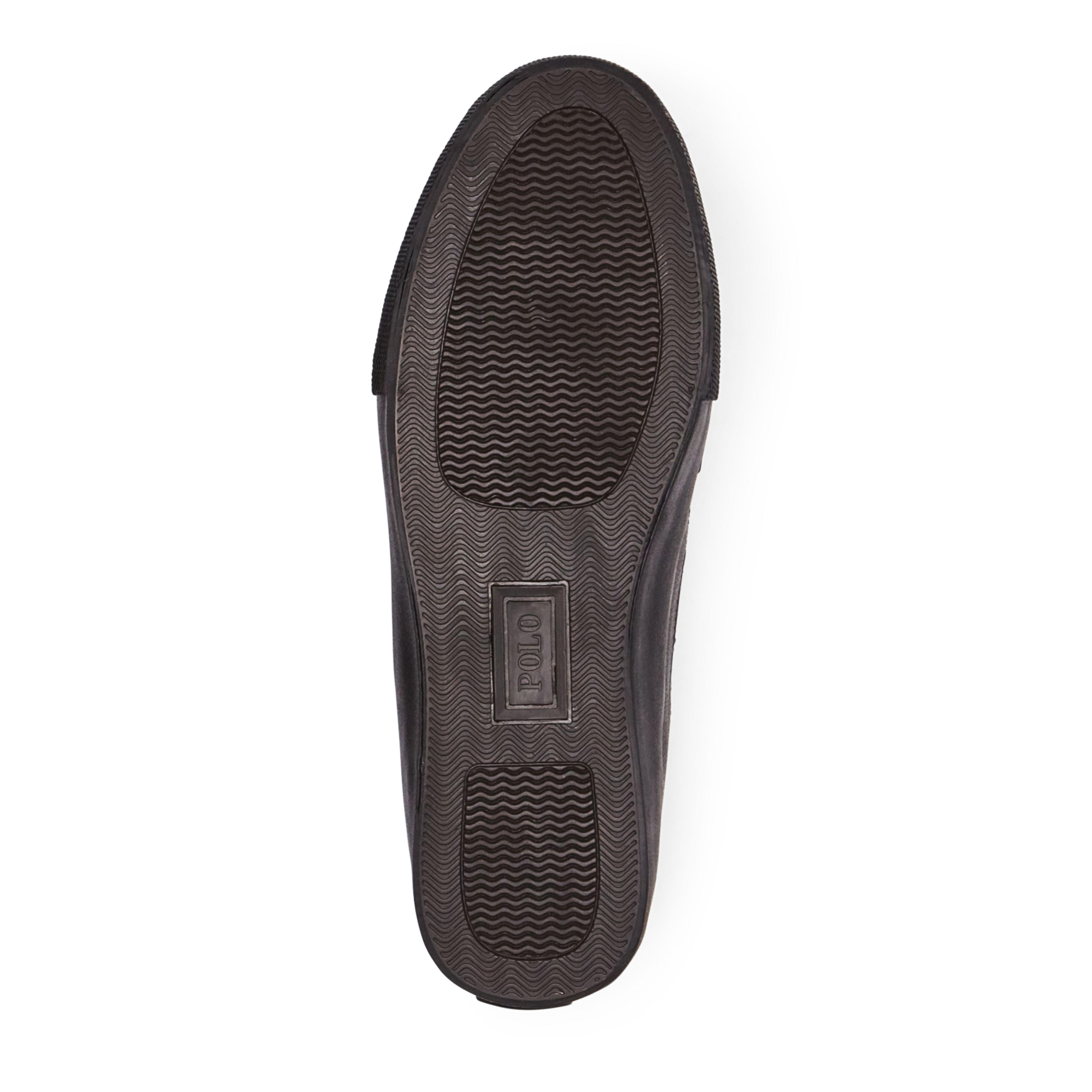 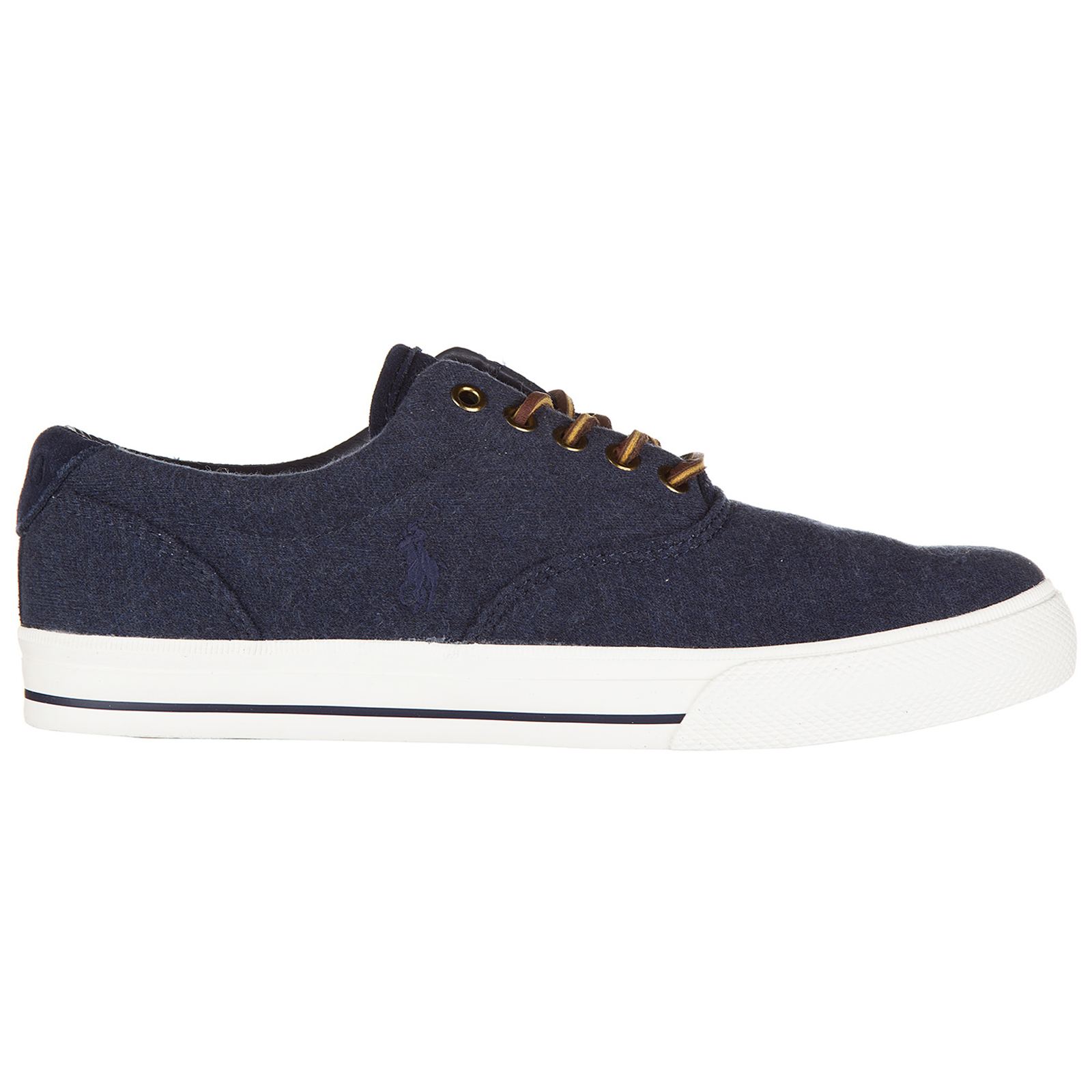 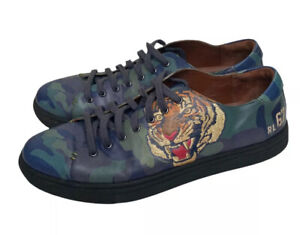