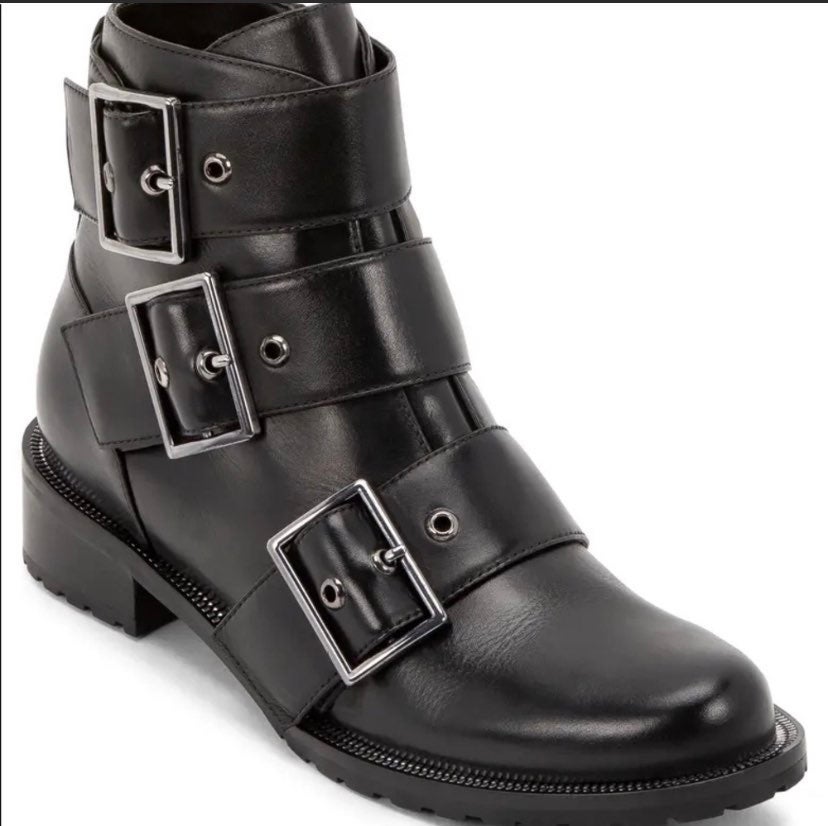 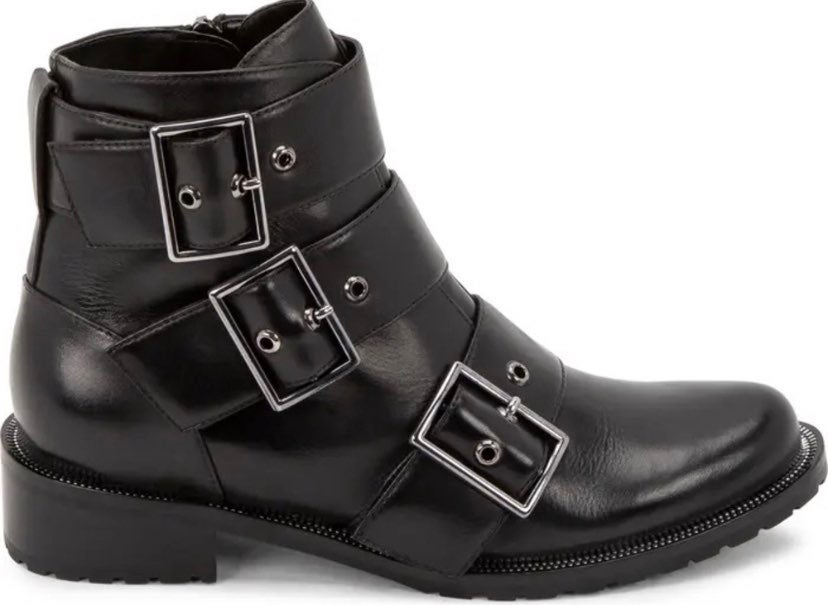 A little rain won't stop your biker attitude in these waterproof boots styled with buckled straps, a lug sole and zipper teeth in the welt. 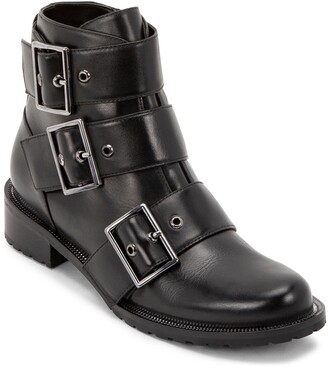 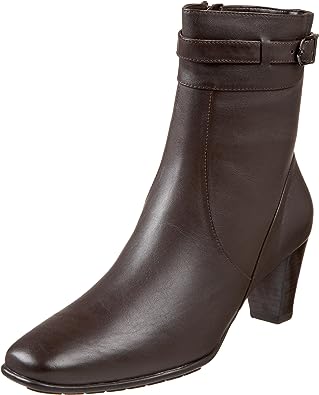 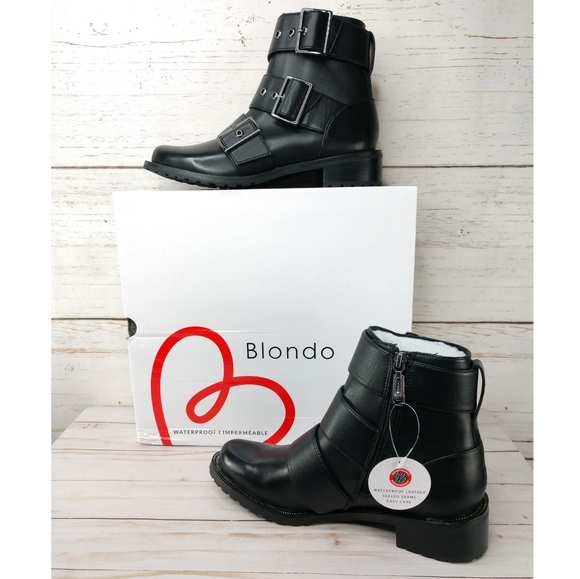 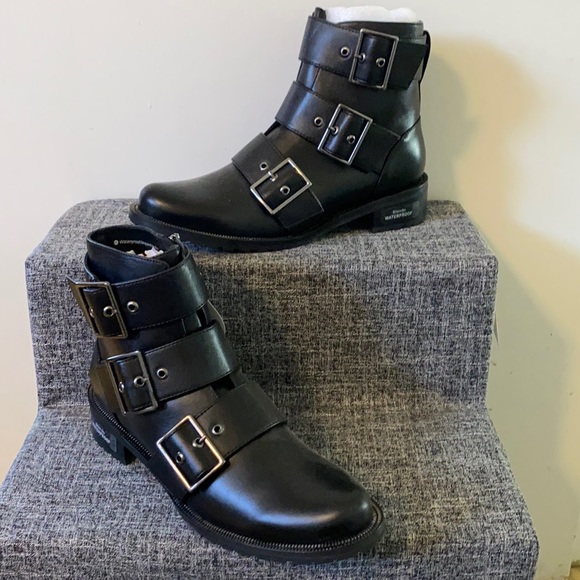 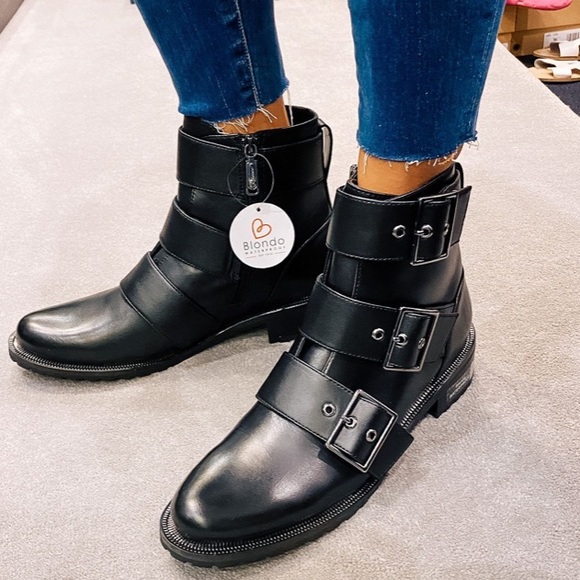 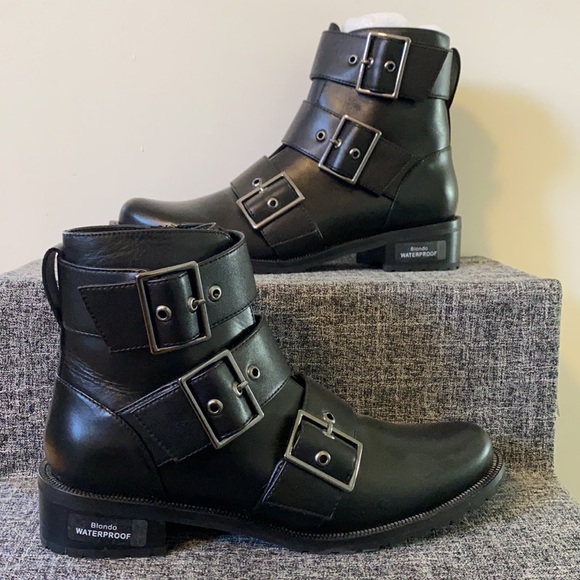 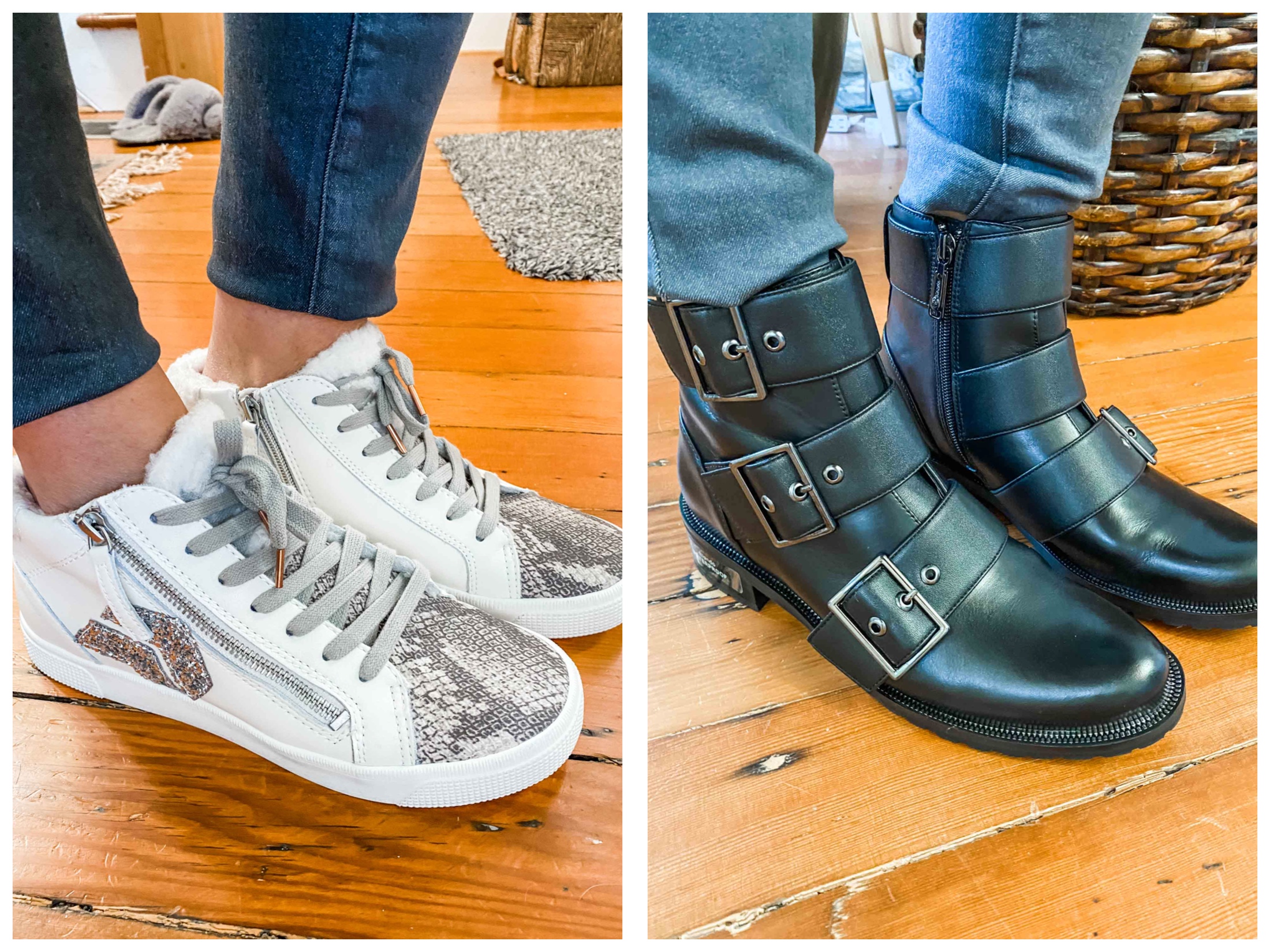 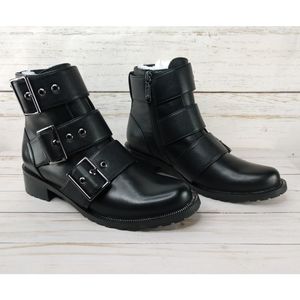 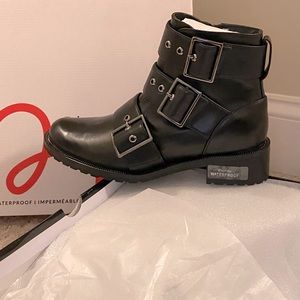 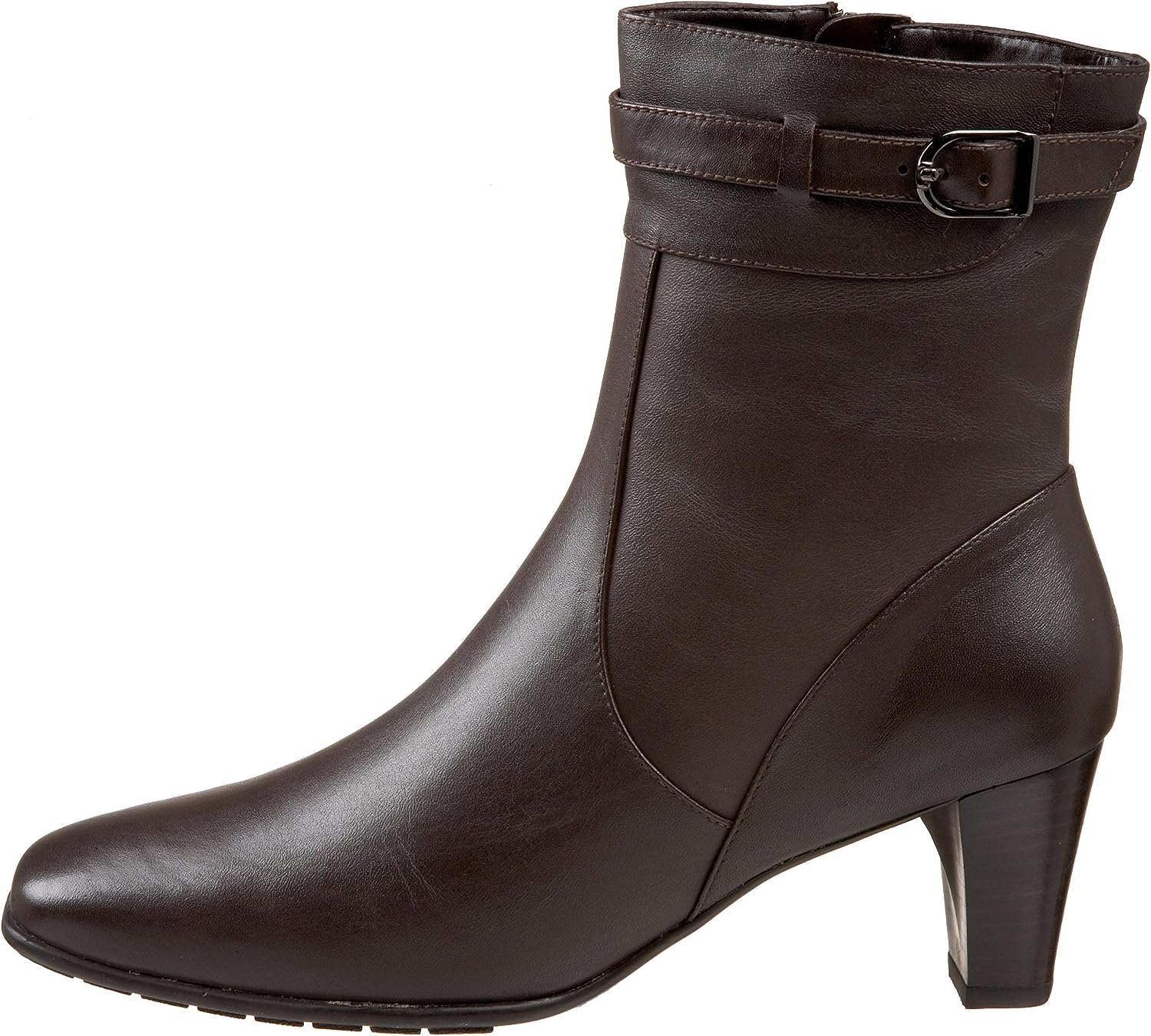 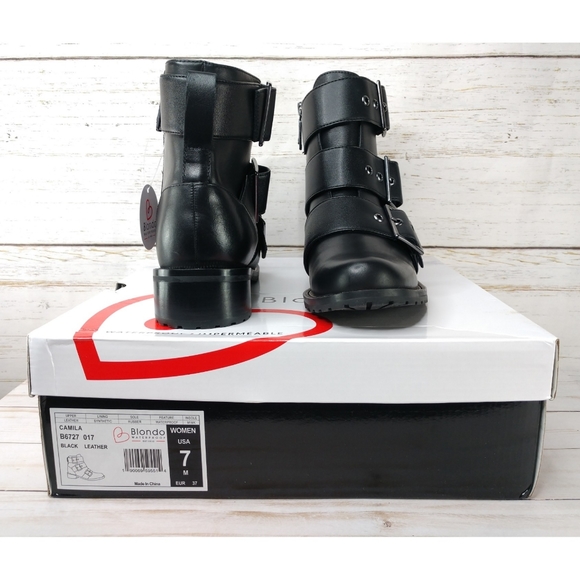 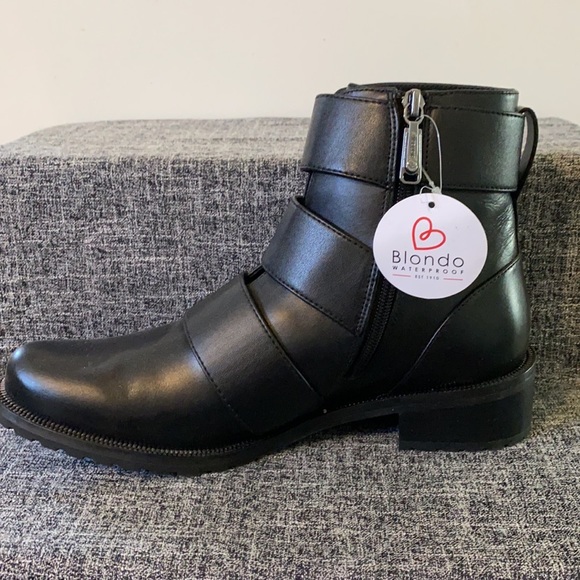