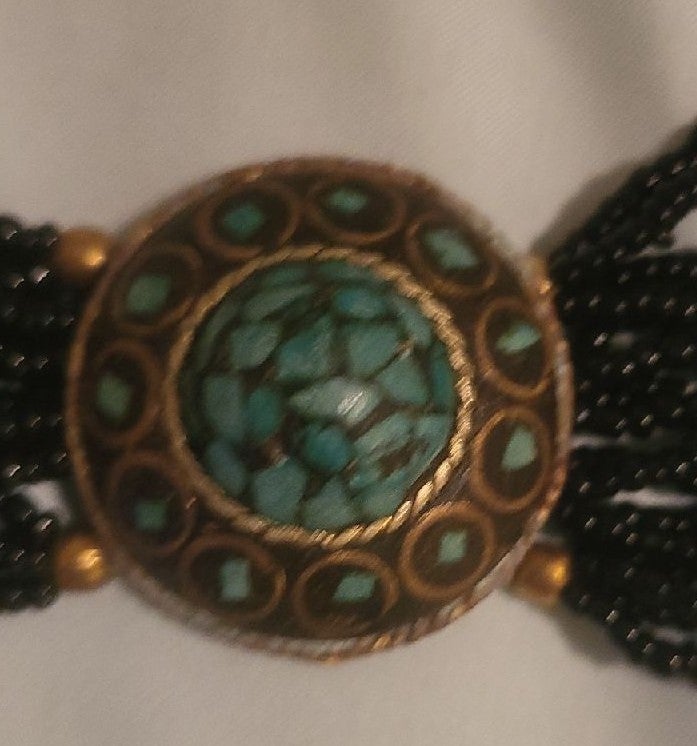 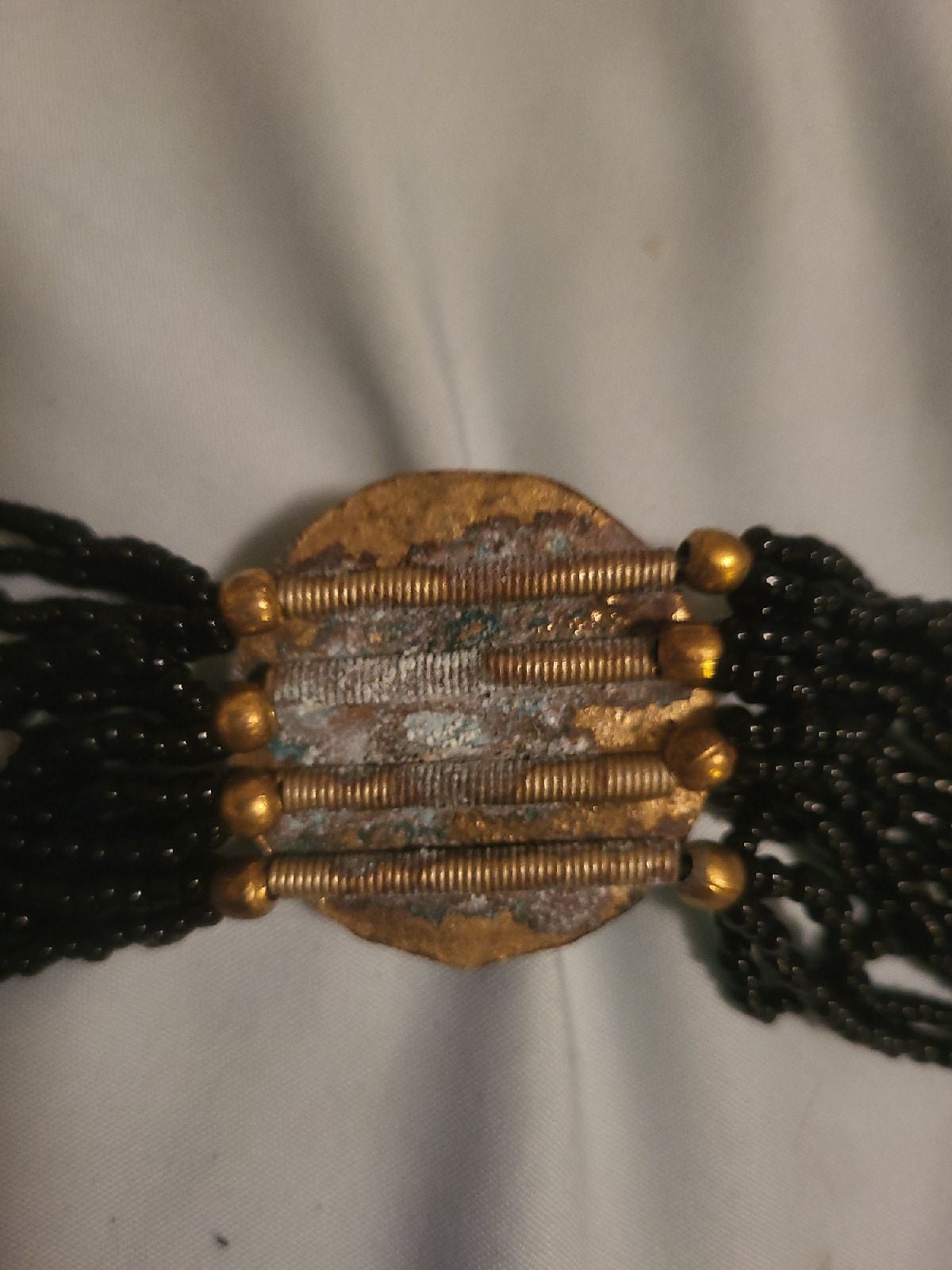 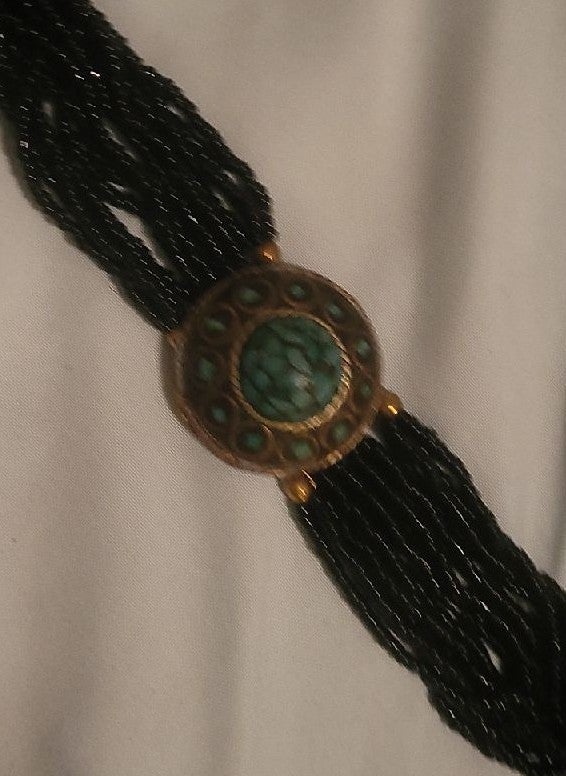 Vintage Handmade Turquoise Tibetan Bracelet 7in. Has Turquoise chips inlaid in a what I believe to be wooden pendent with gold tone detail connected to a multistrand seed beed strap. PLEASE NOTE- Due to age, there is some corrosion on the back of the pendent. This does not show while wearing and doesn't effect style but please see the pictures. Otherwise the bracelet is in Excellent condition. Button and loop closure.

If you have any questions, please message me. 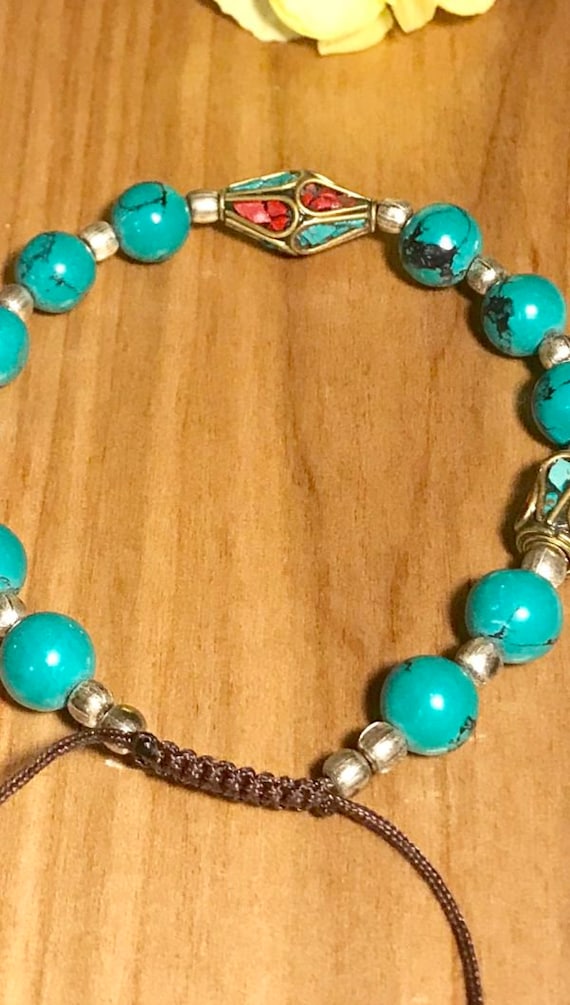 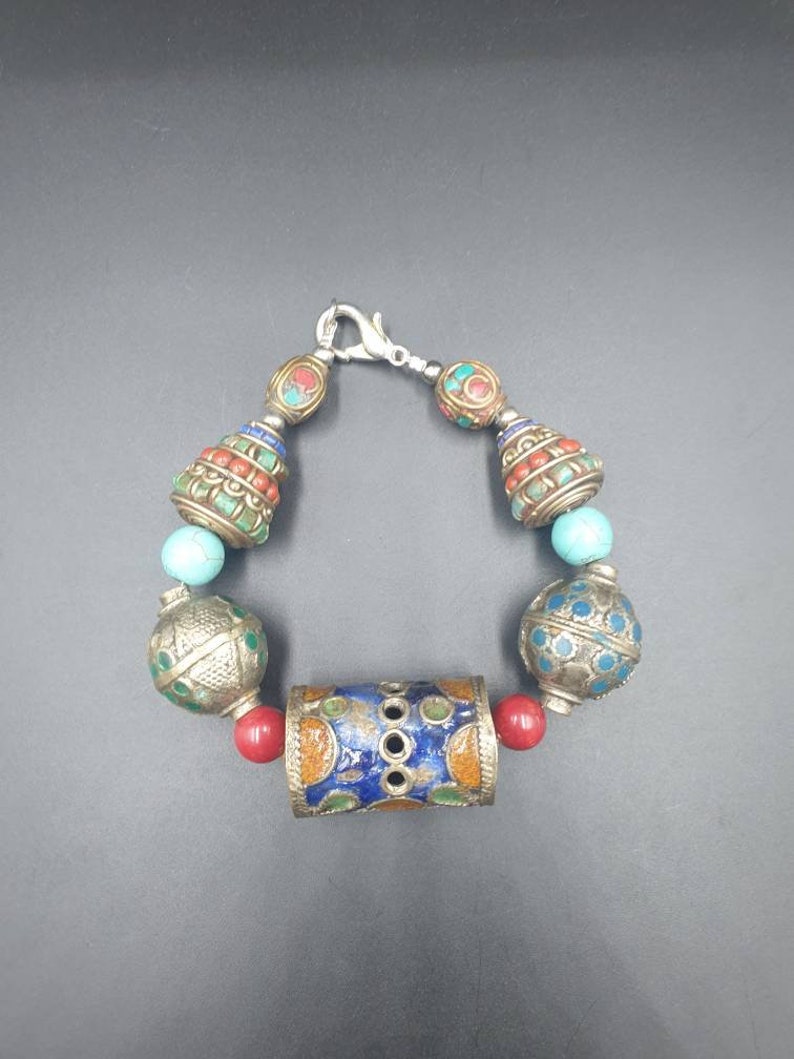 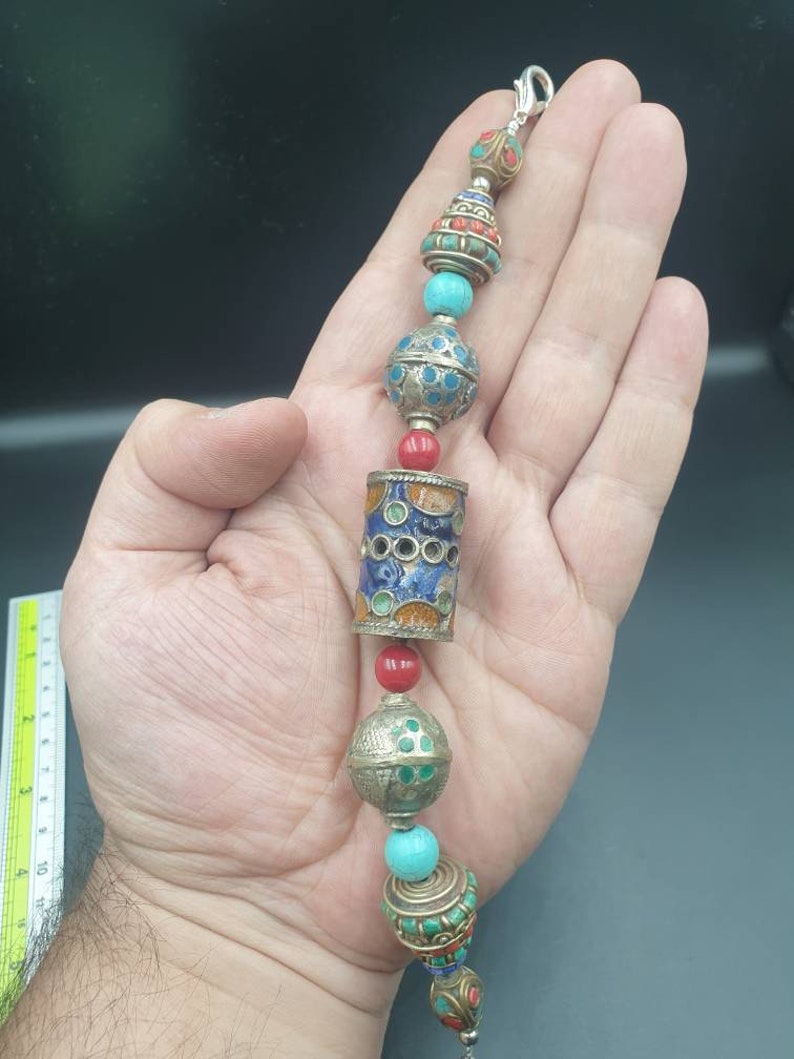 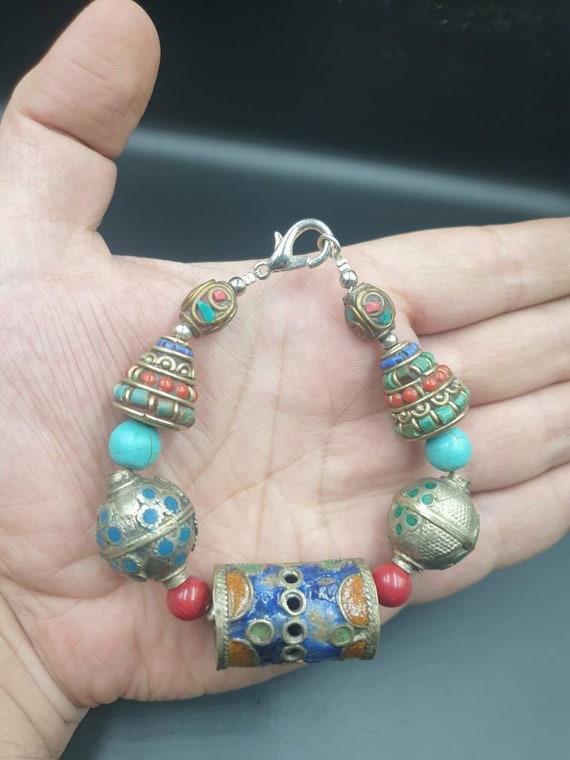 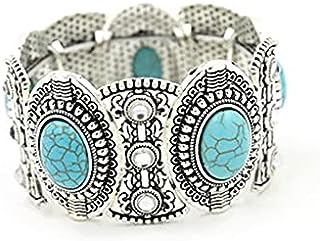 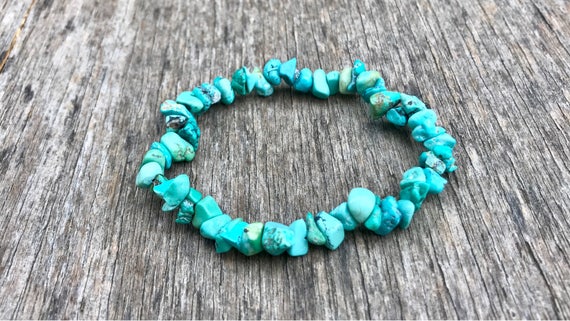 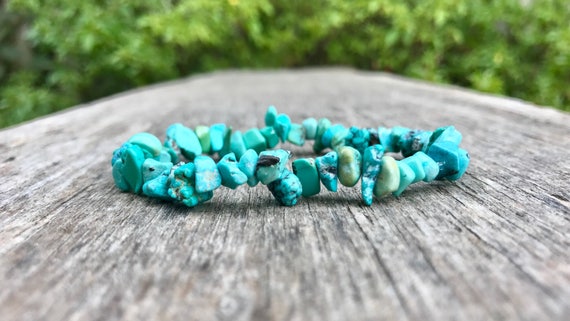 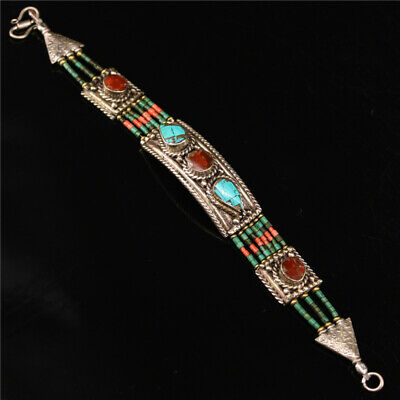 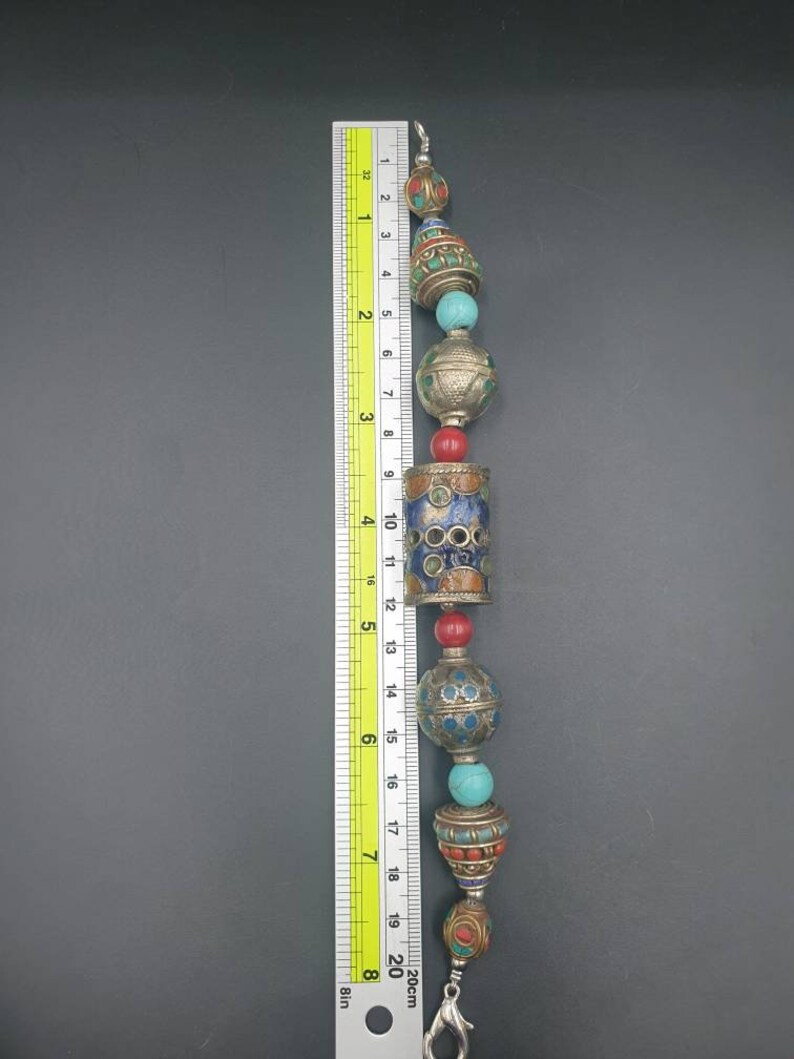