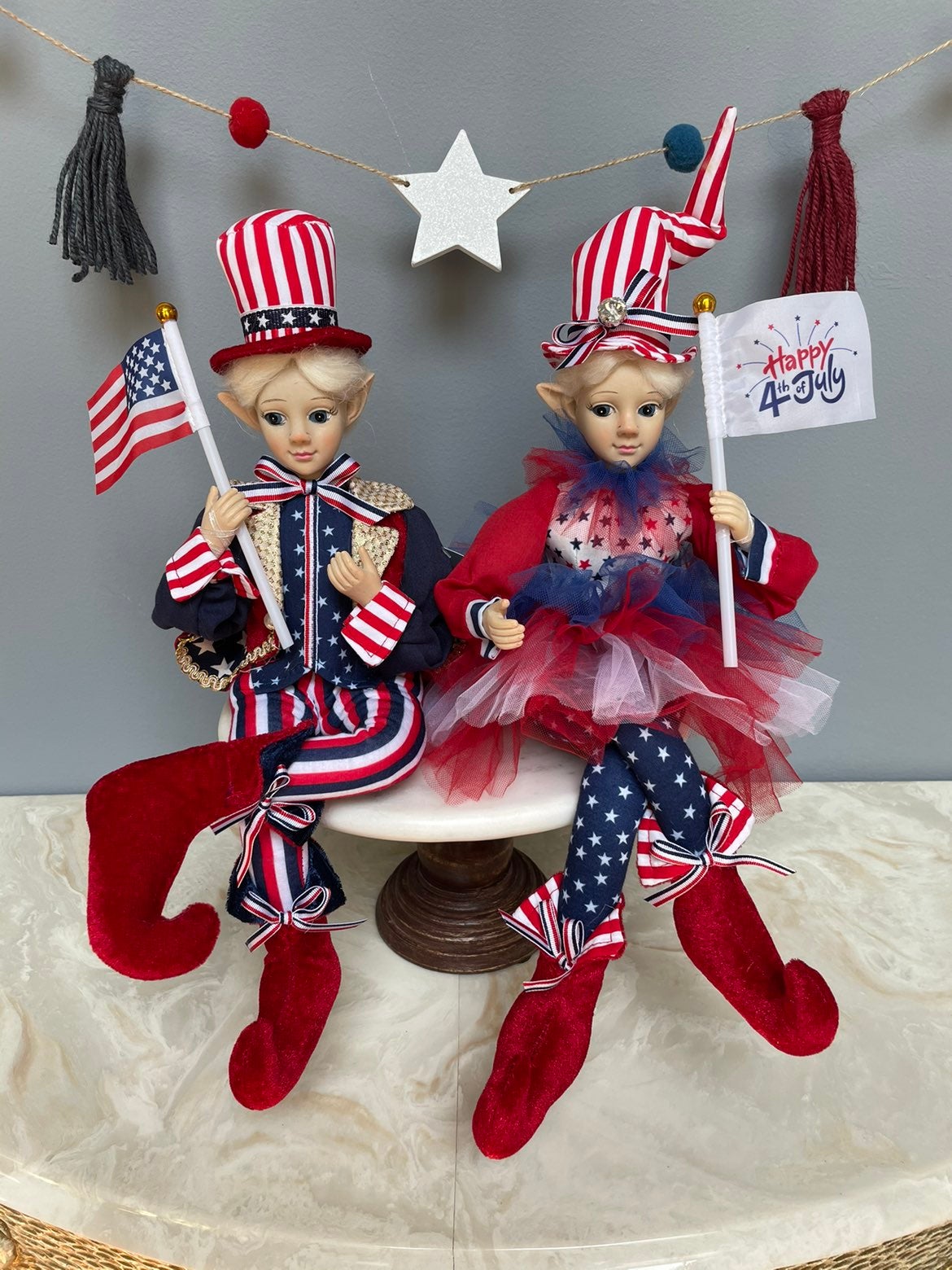 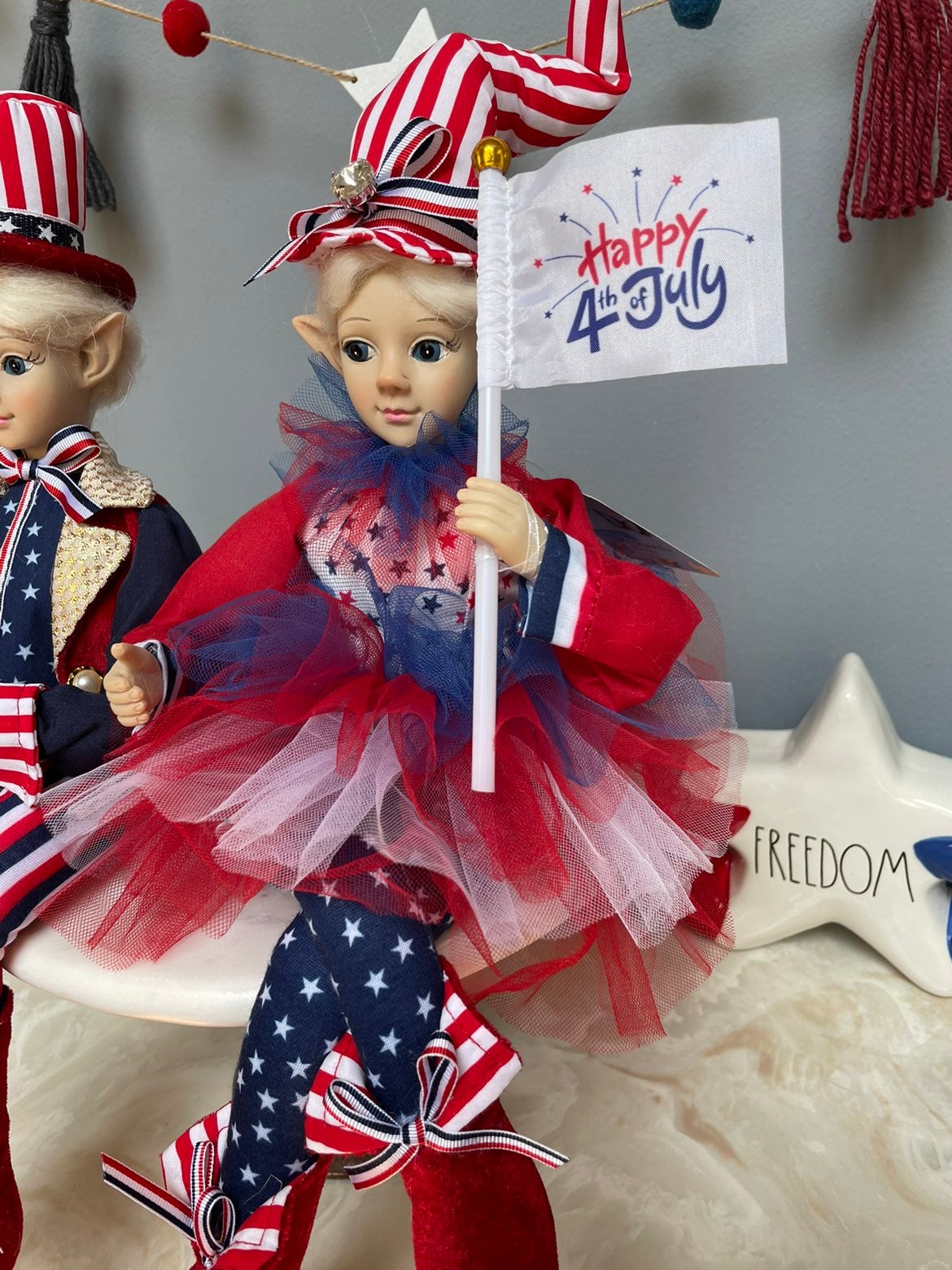 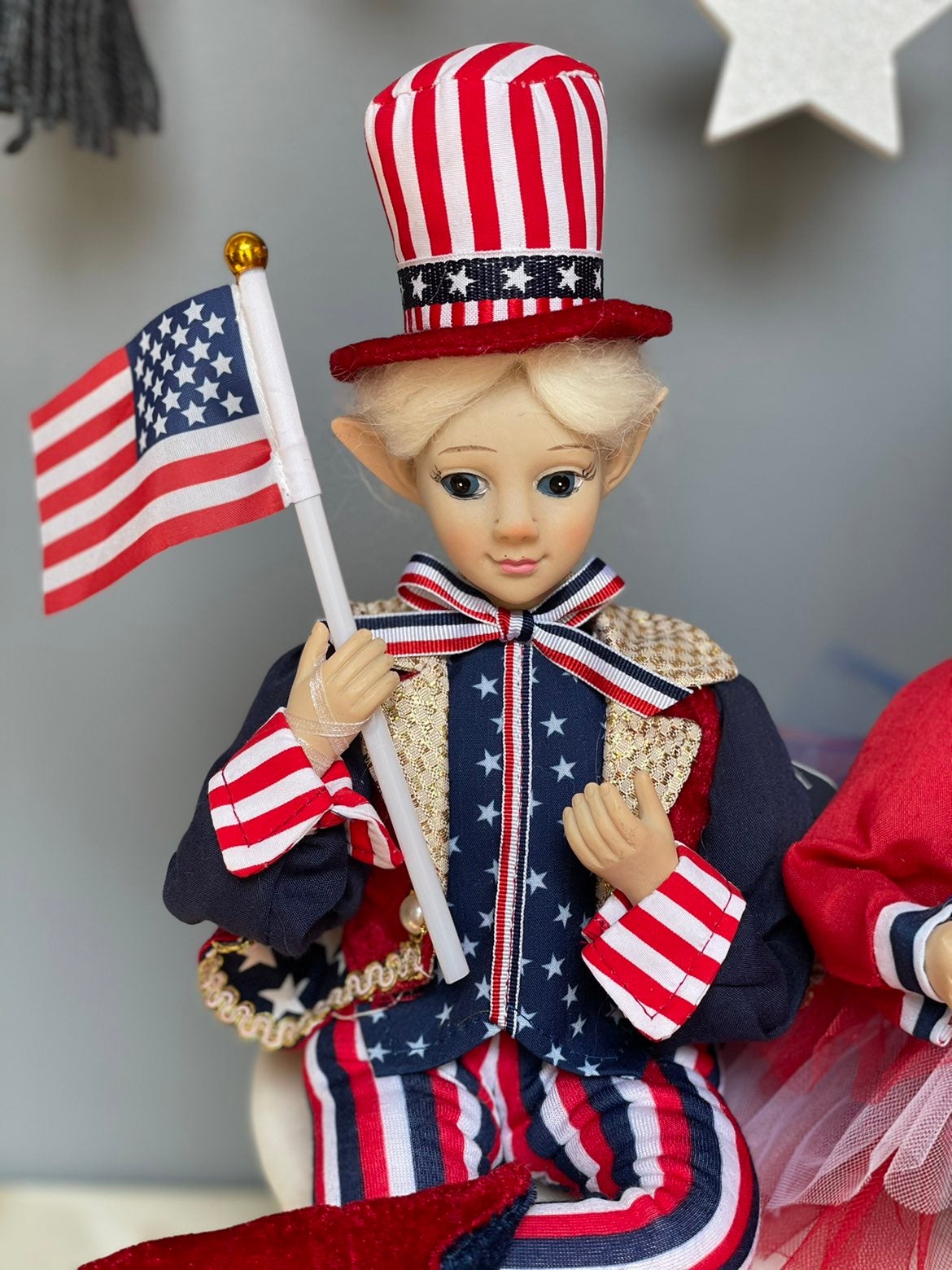 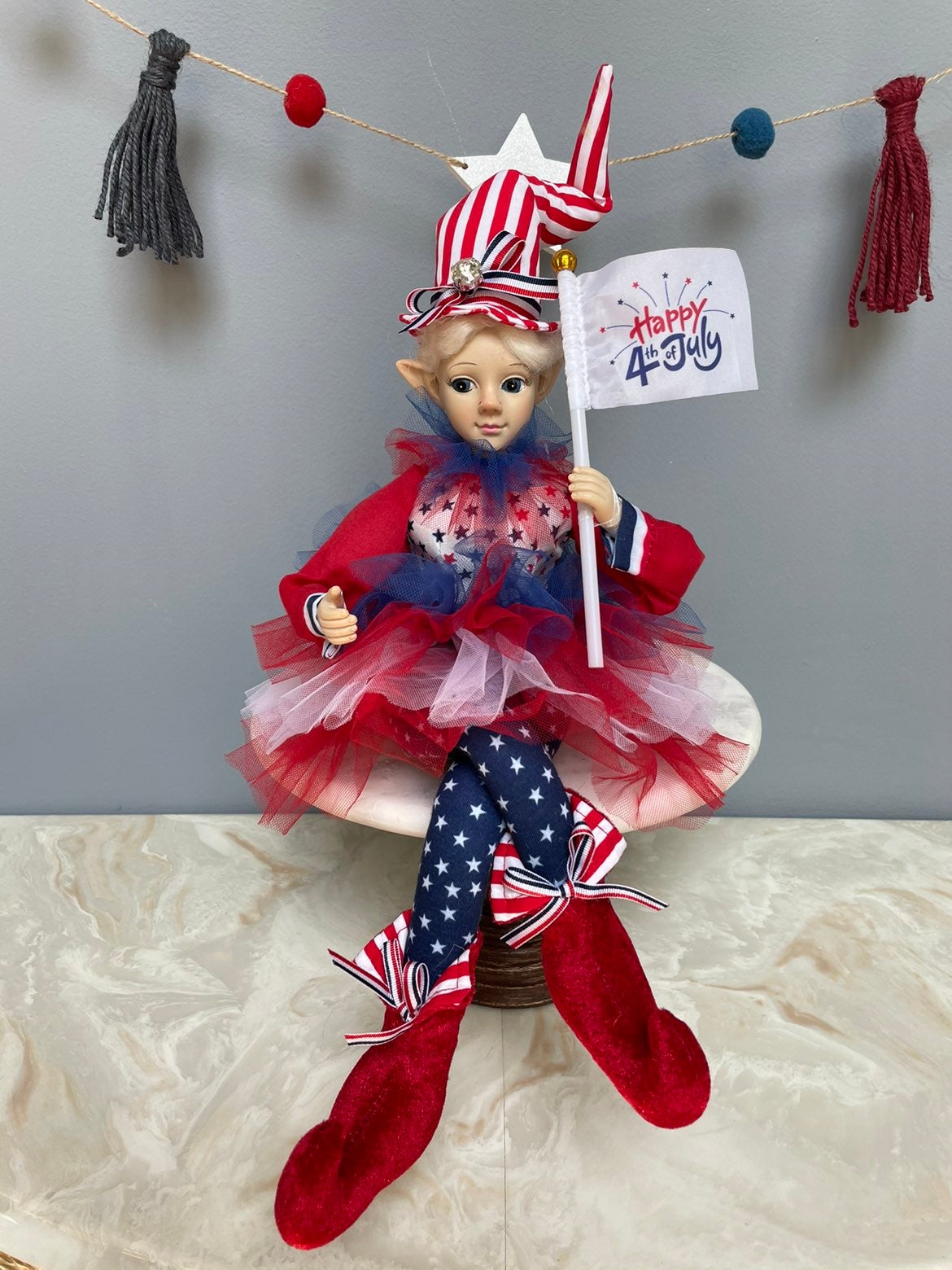 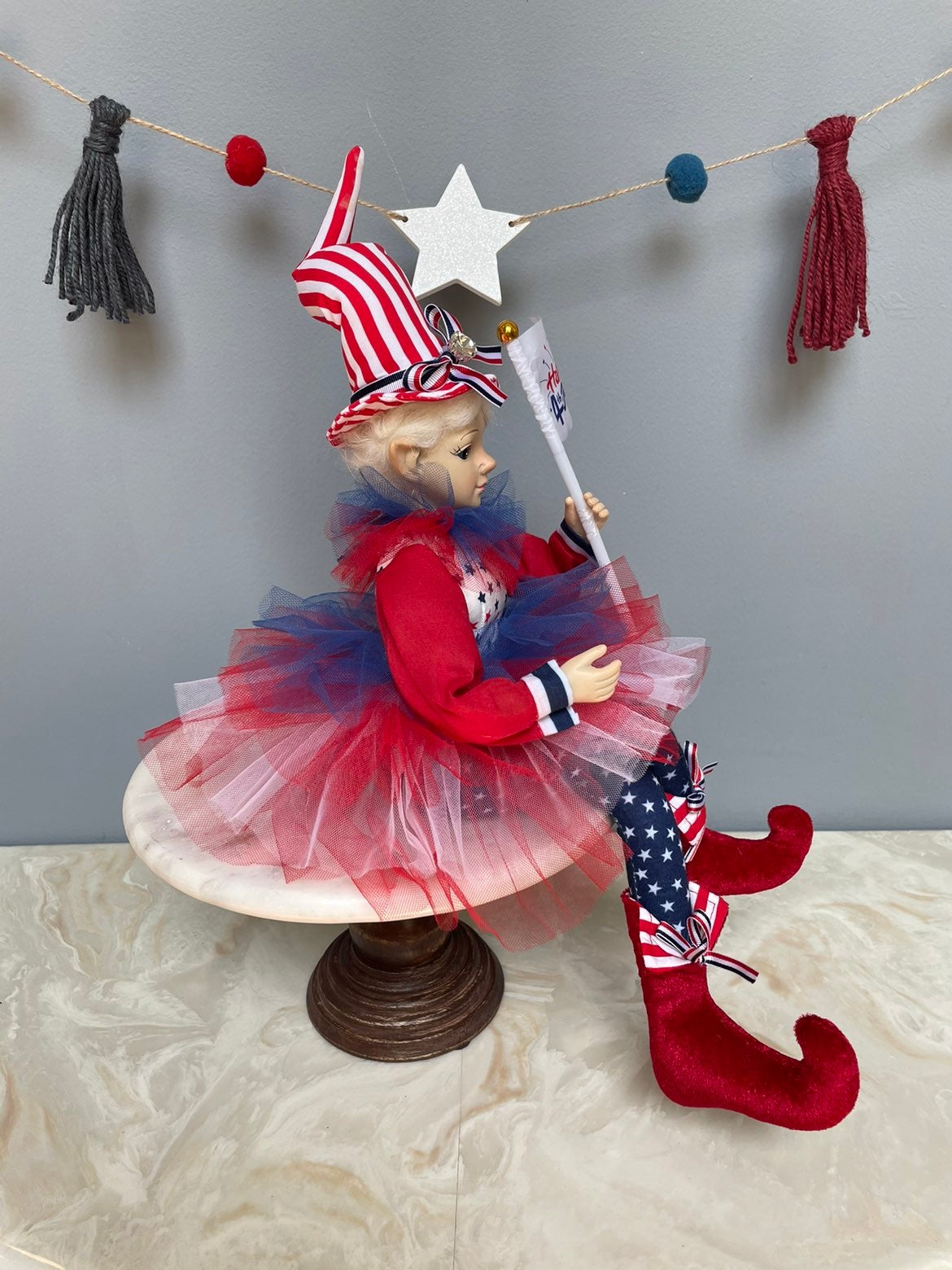 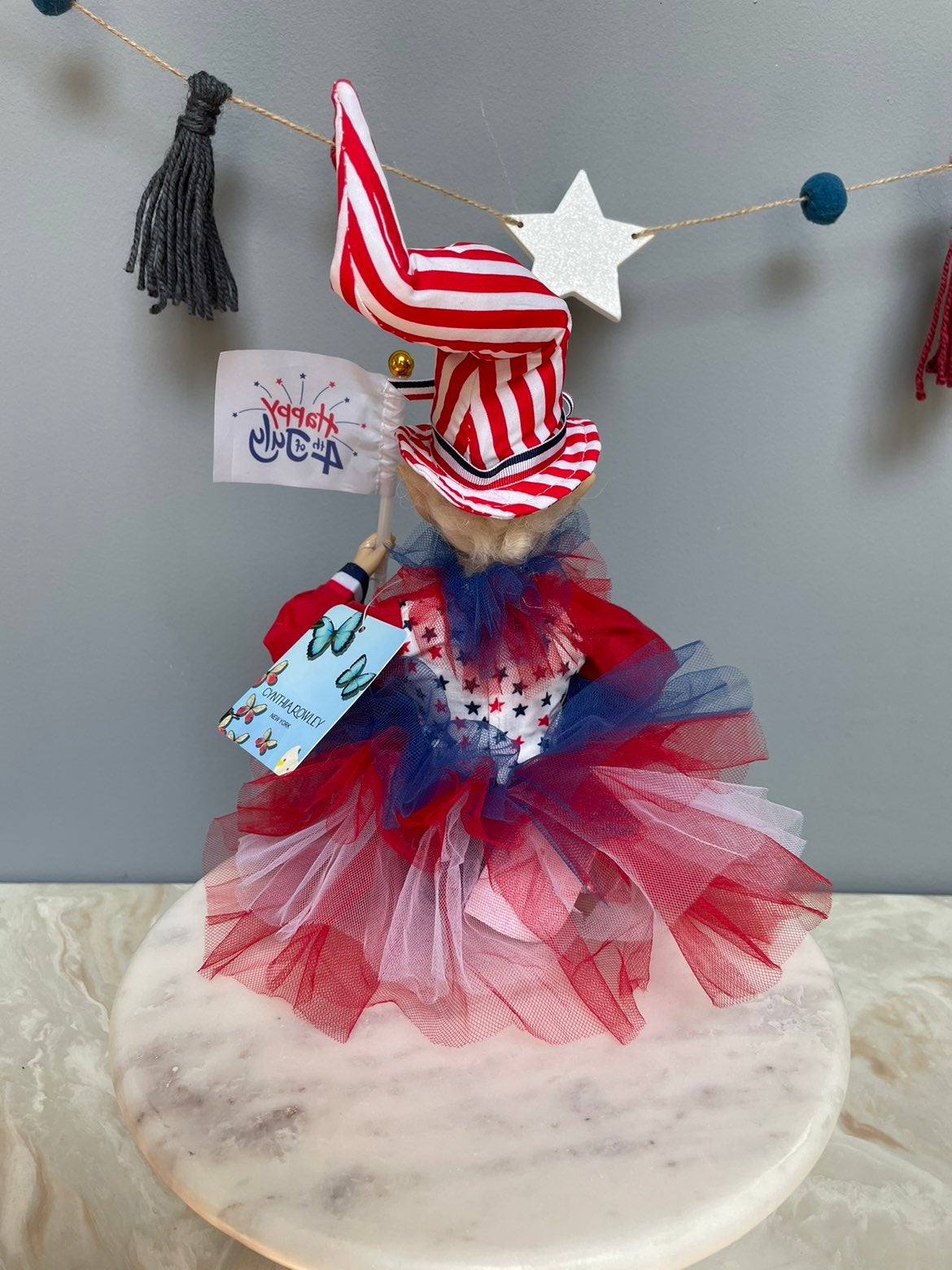 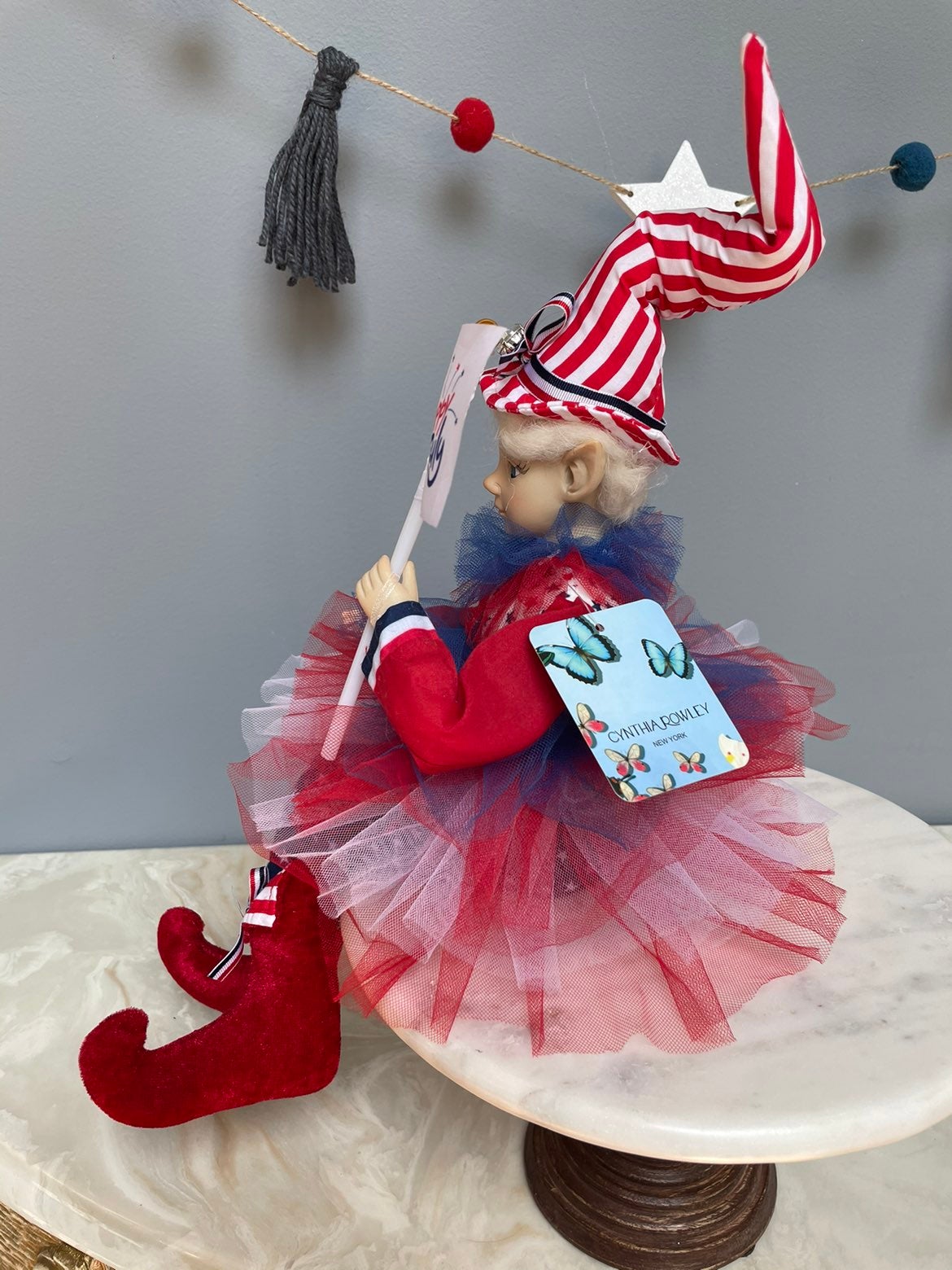 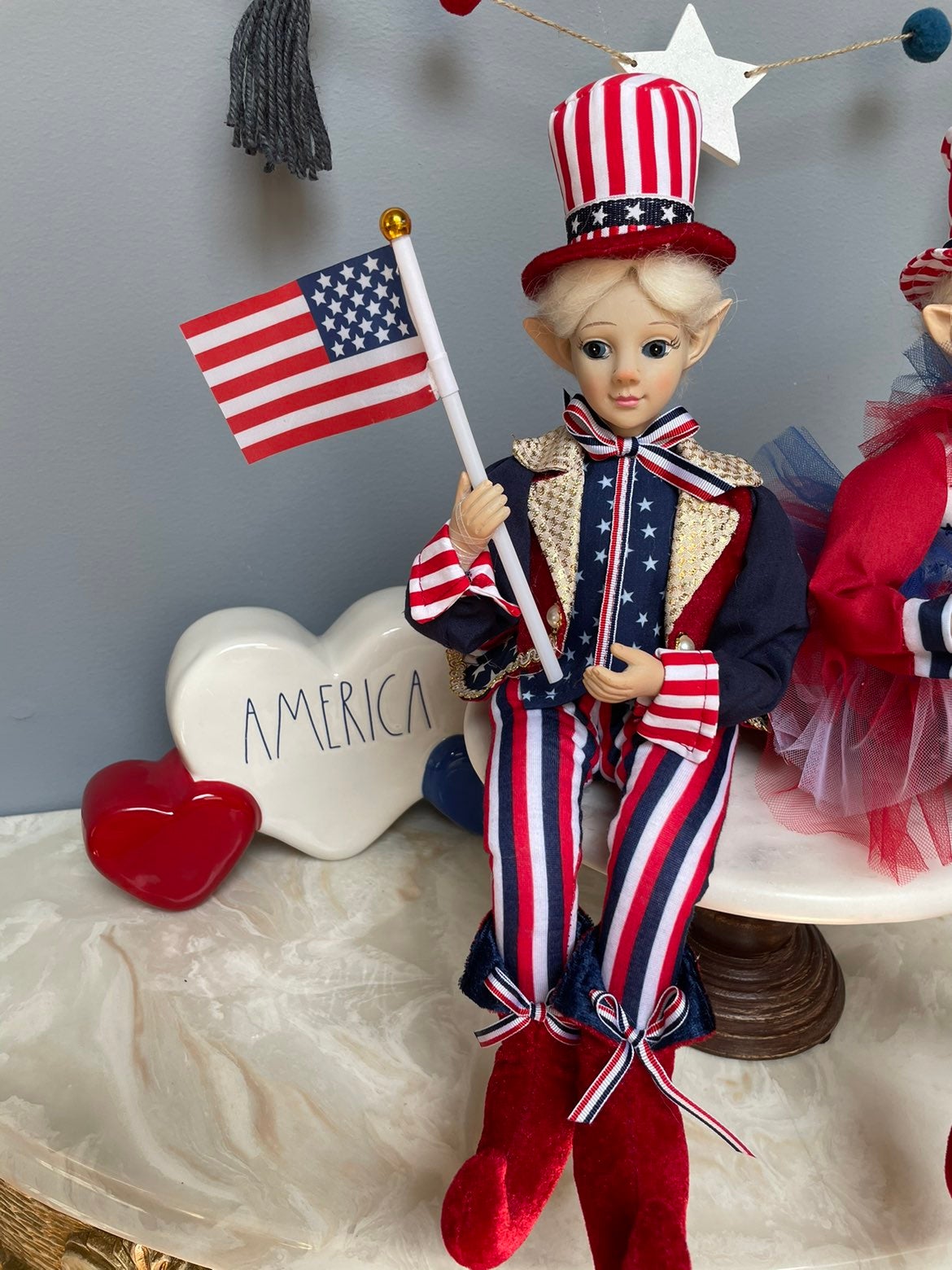 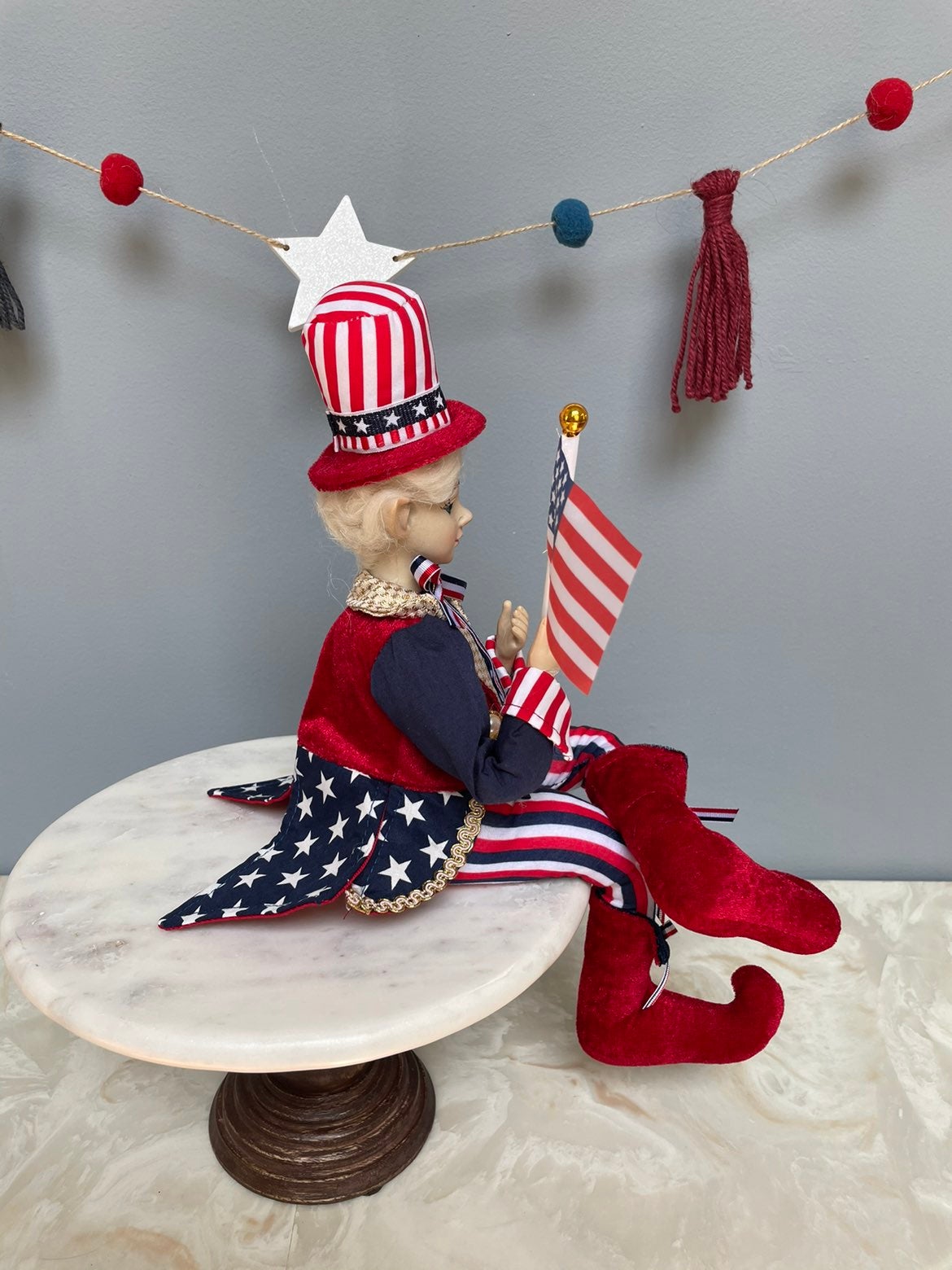 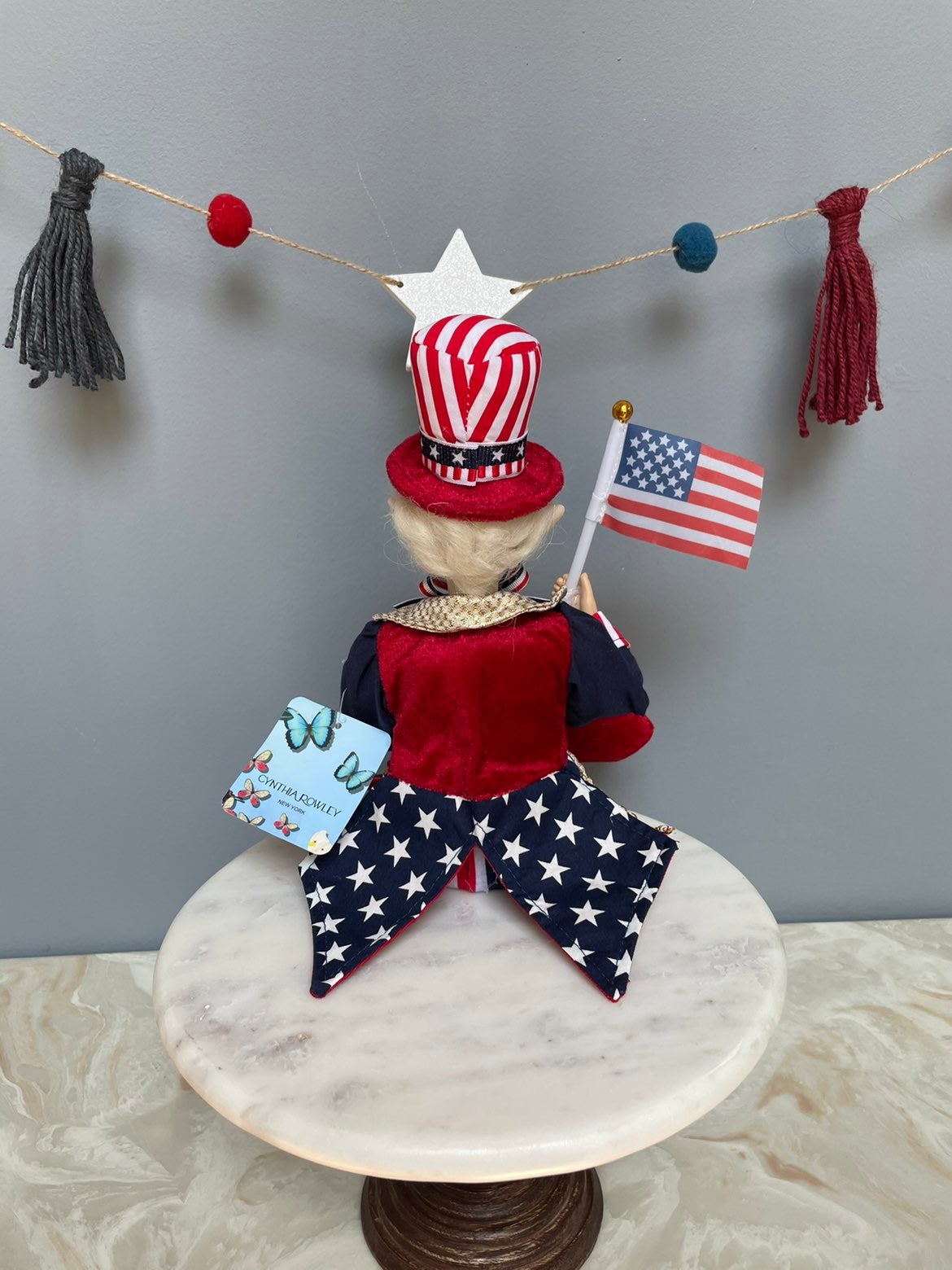 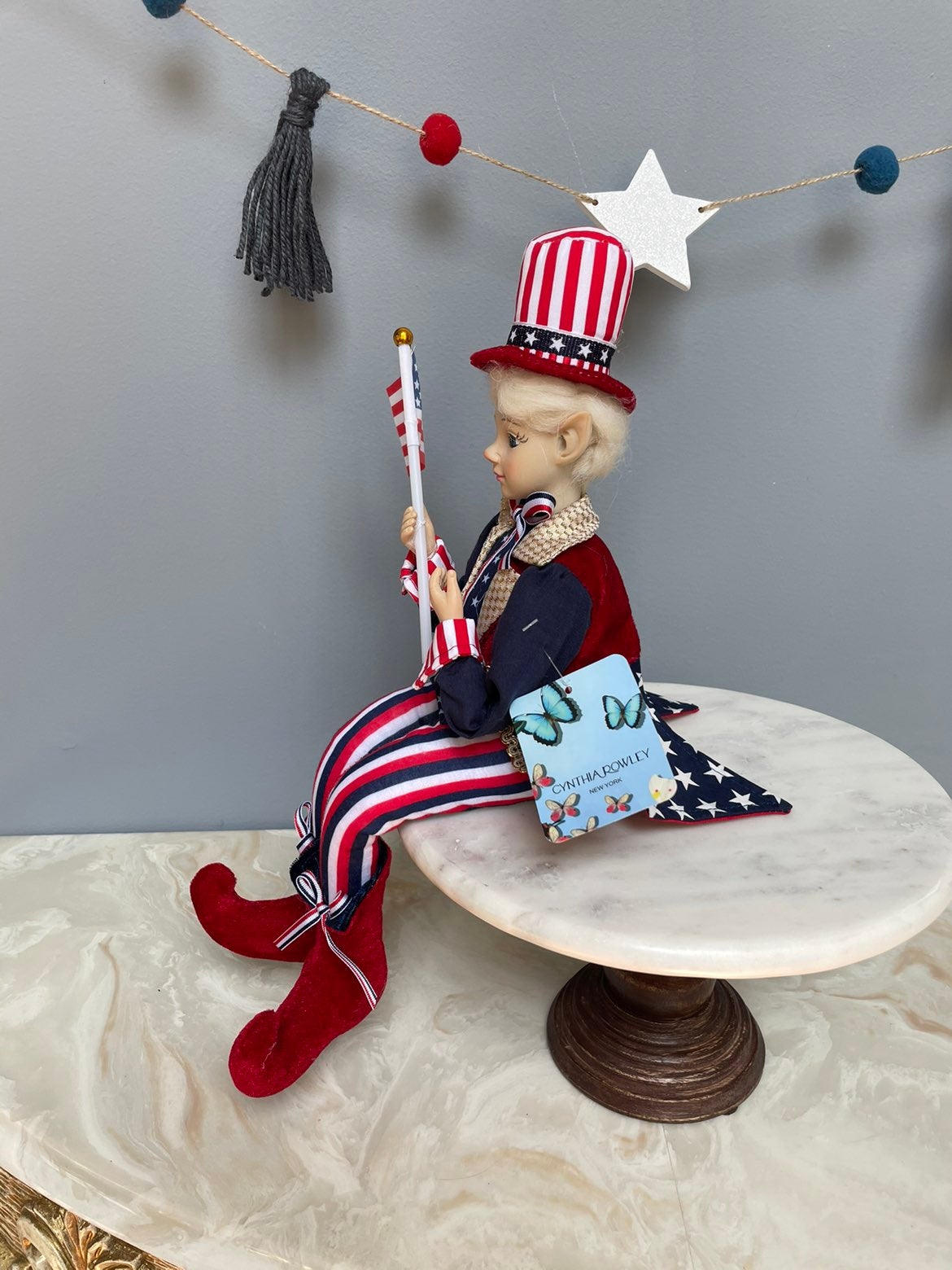 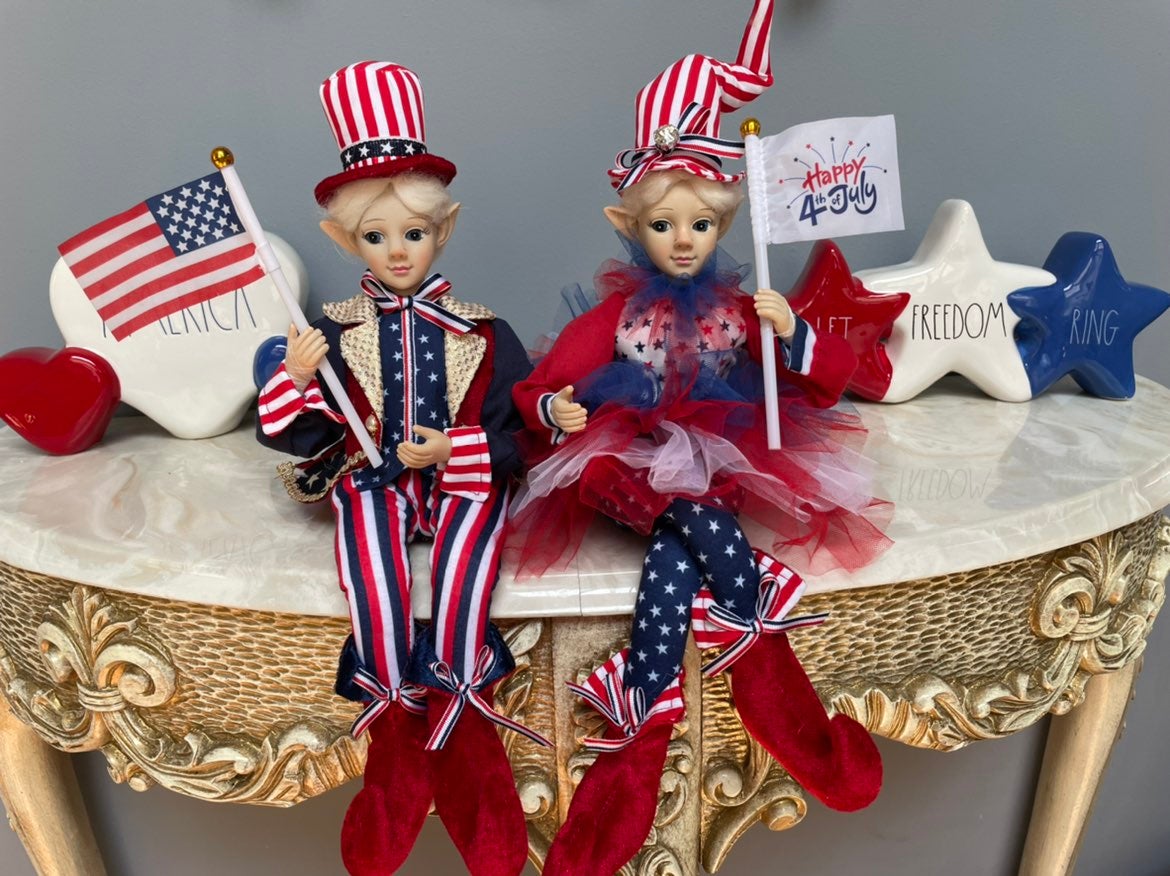 Beautiful pair of dolls- elves in red, white and blue, Stars and Stripes outfits.
Each patriotic elf is holding a flag- one is American, one says Happy 4th of July
Arms and legs are posable.
New release.
Ready to ship