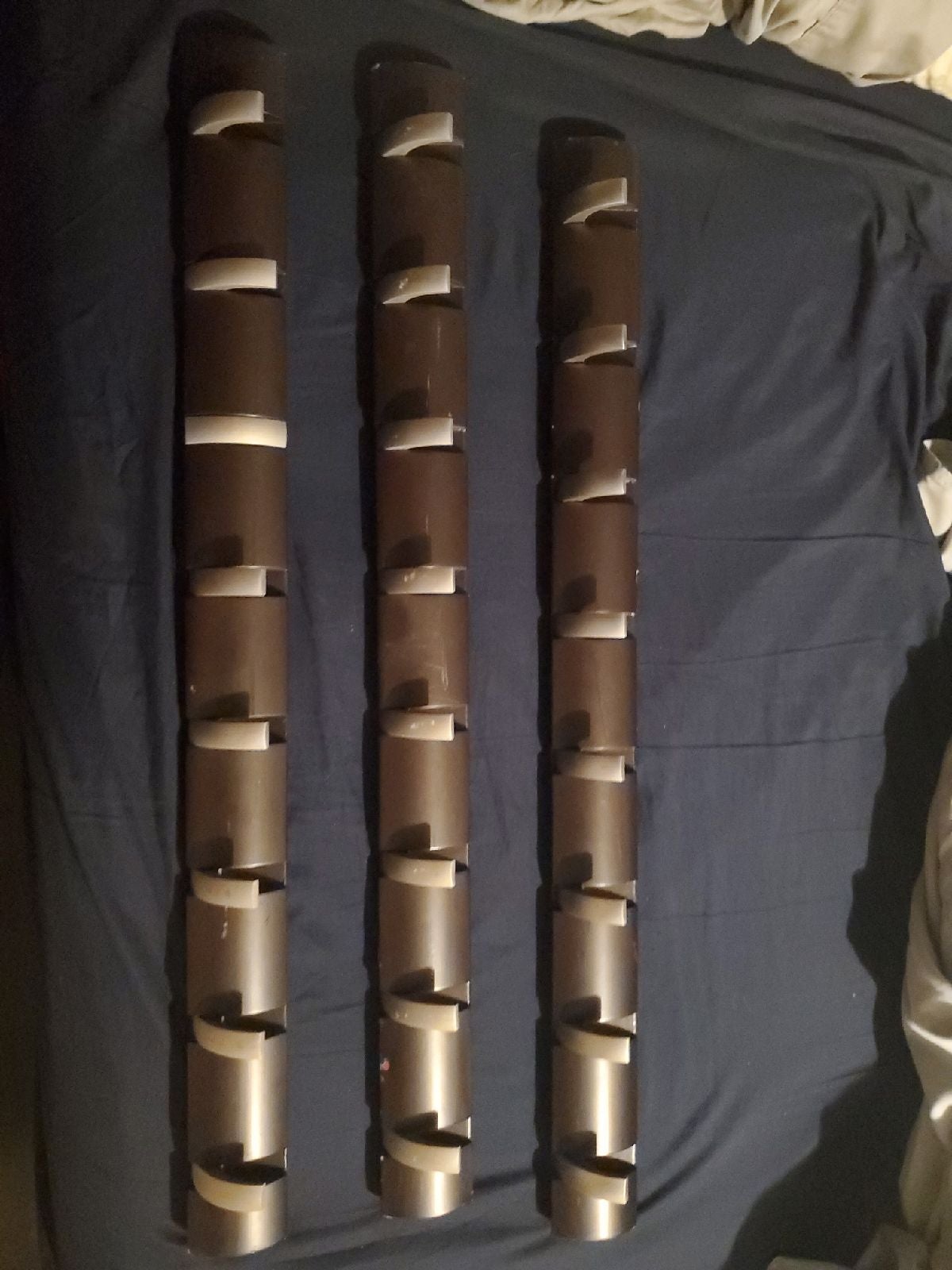 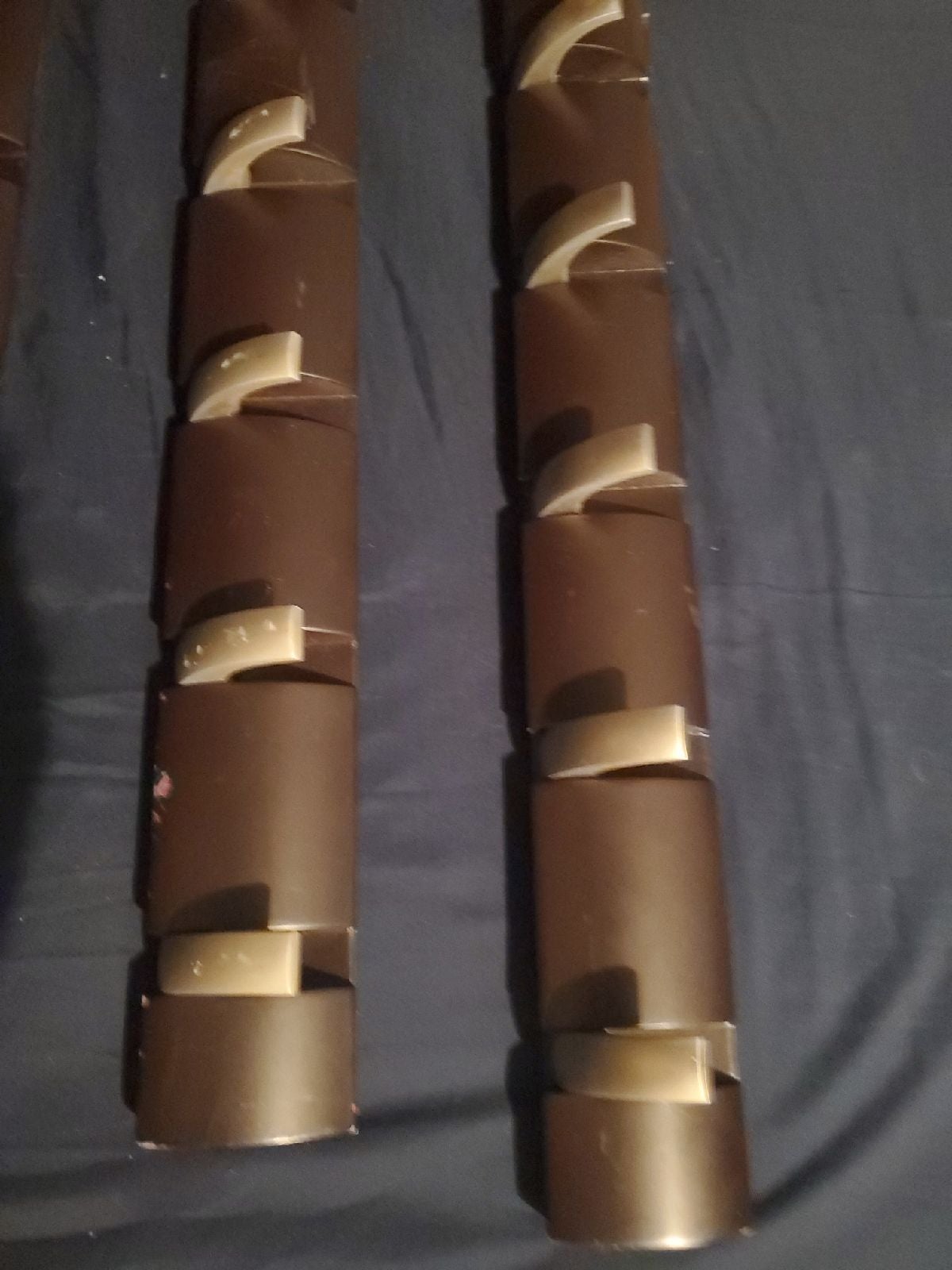 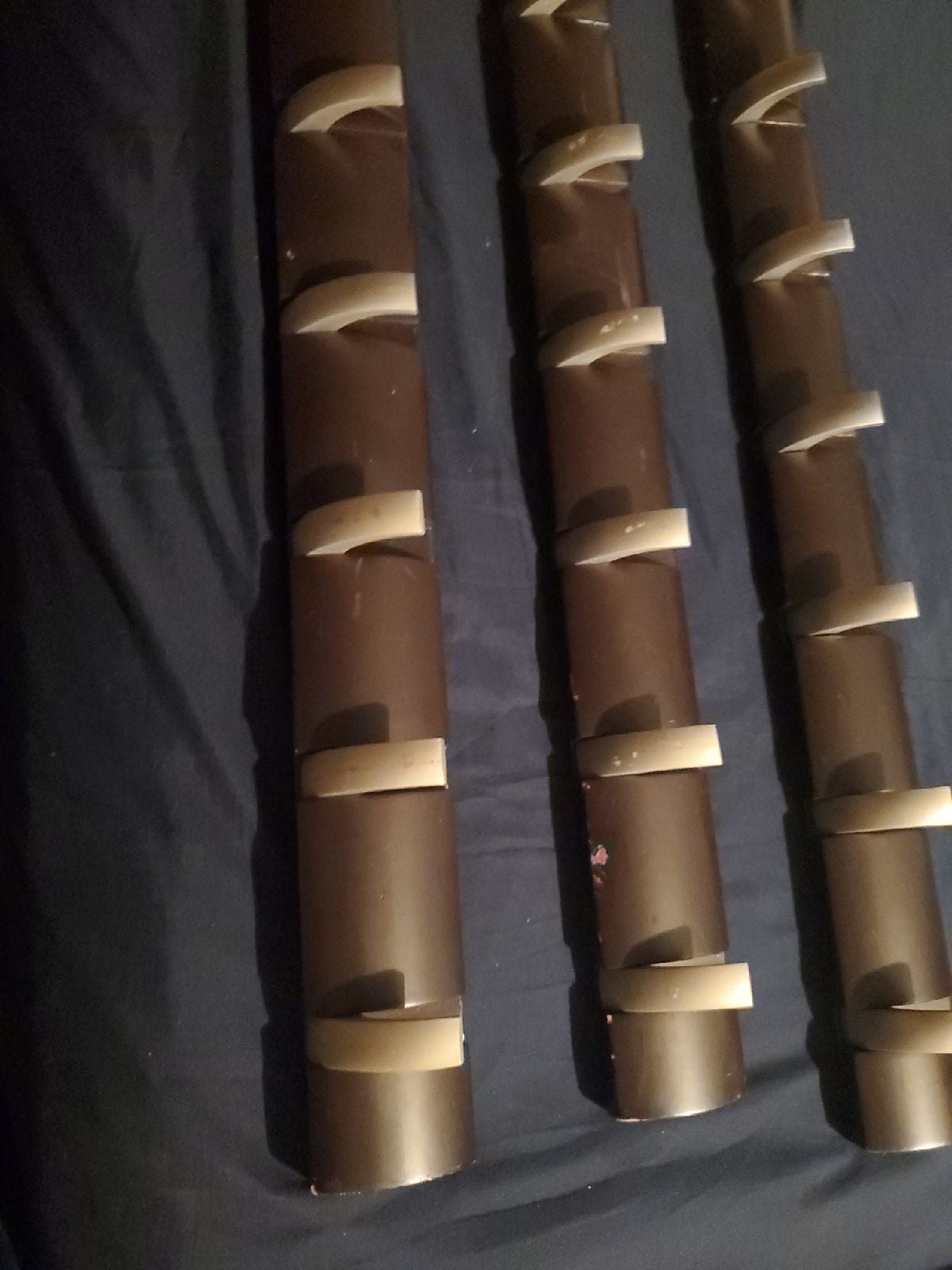 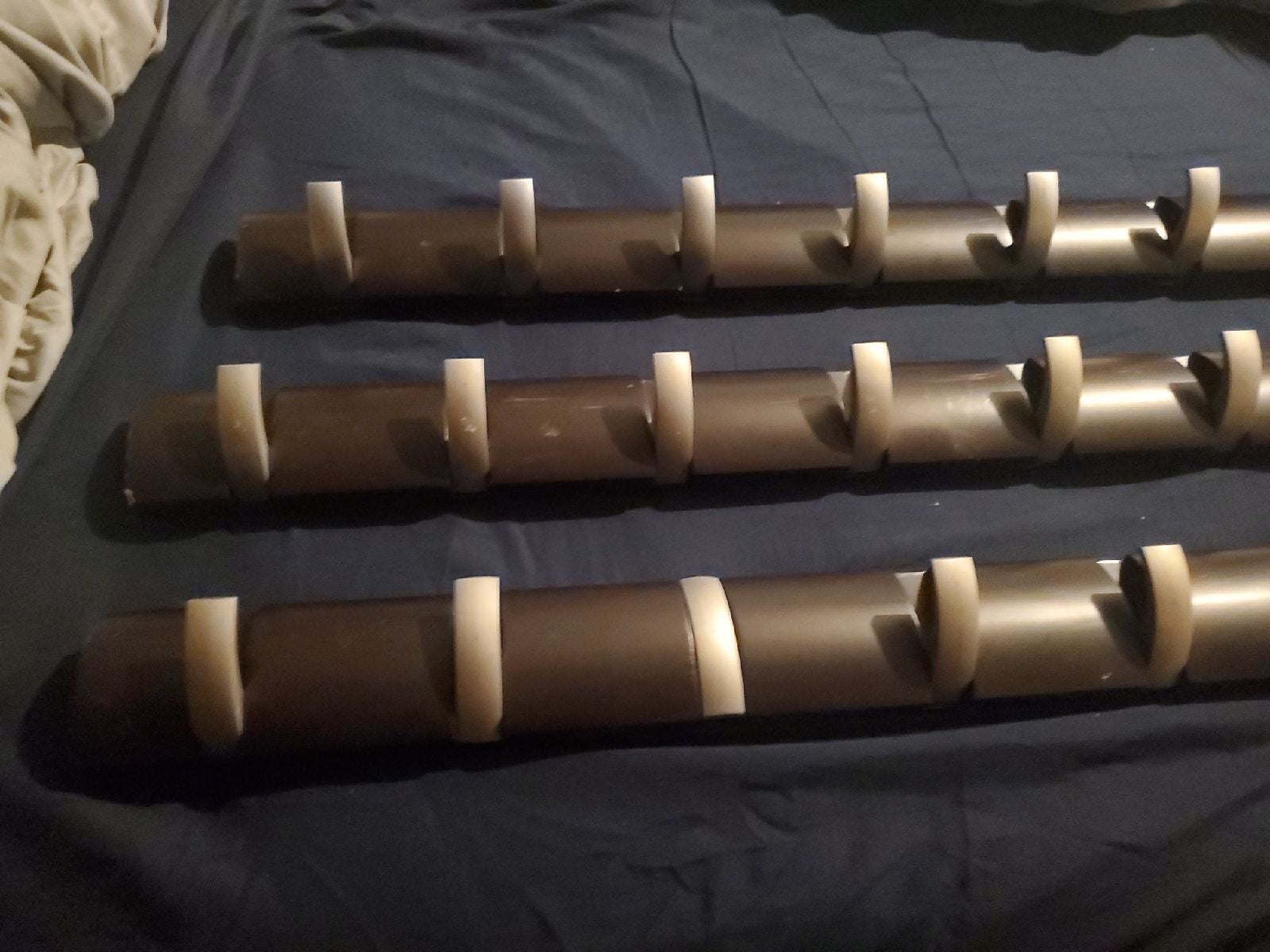 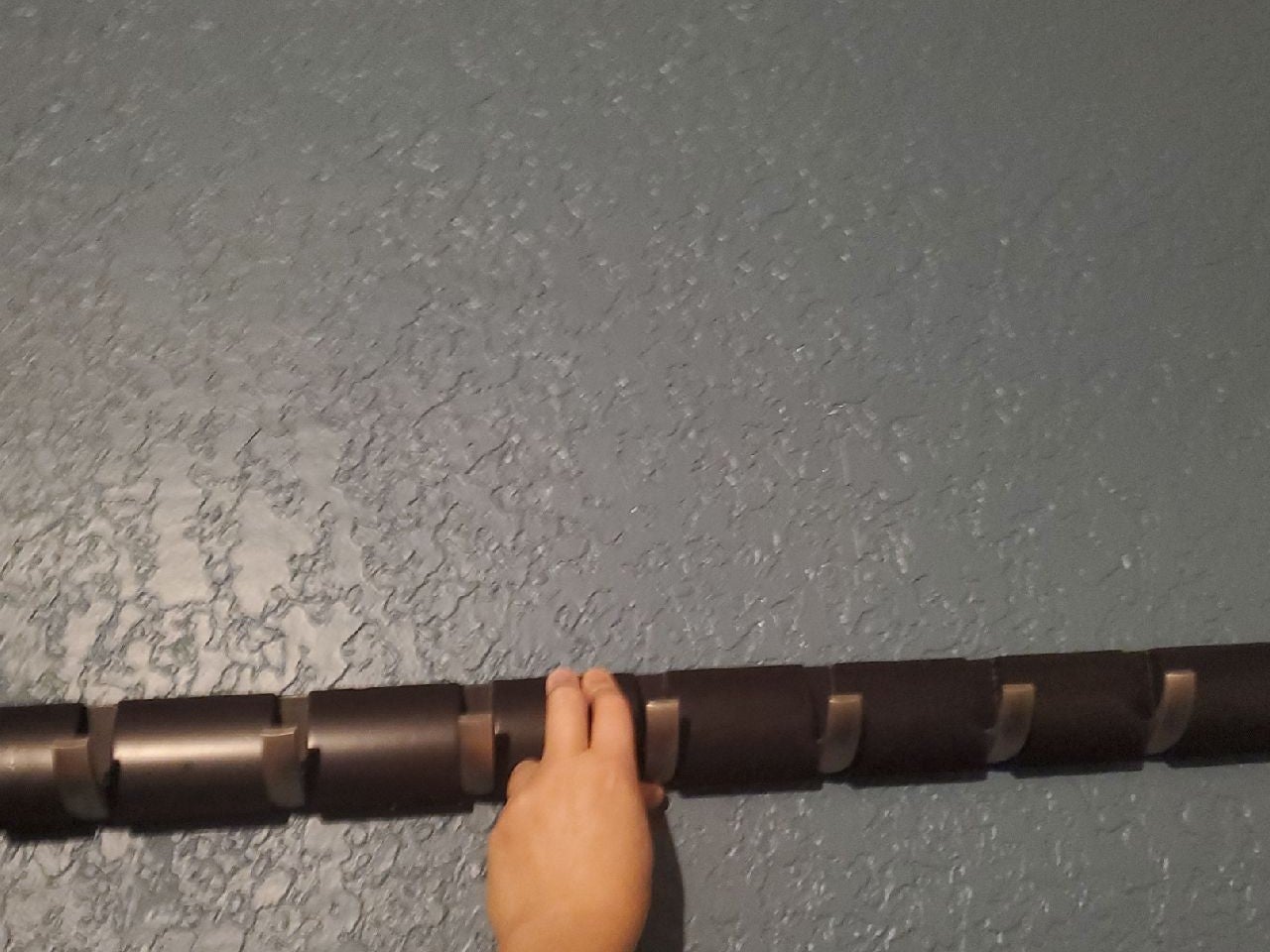 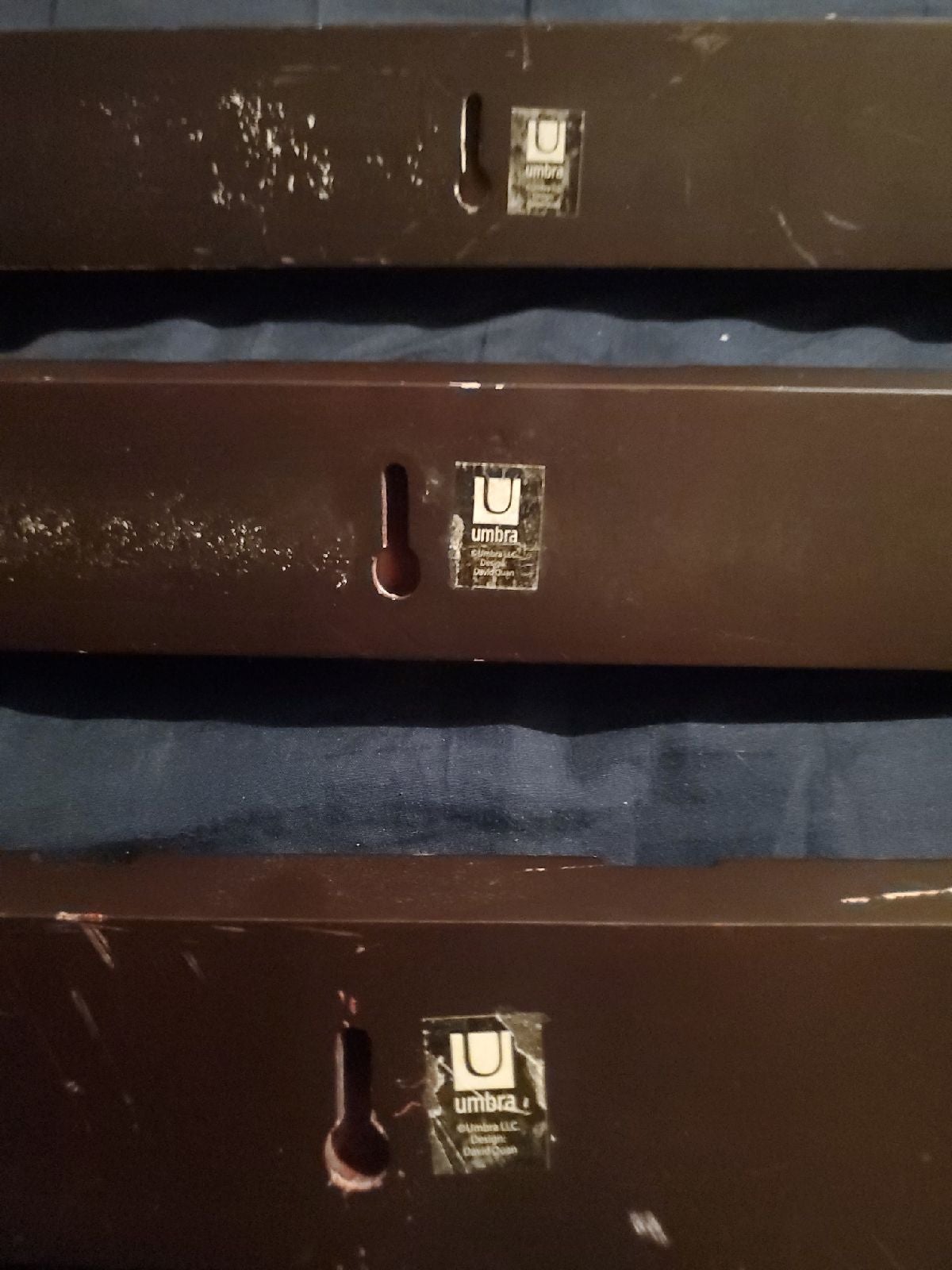 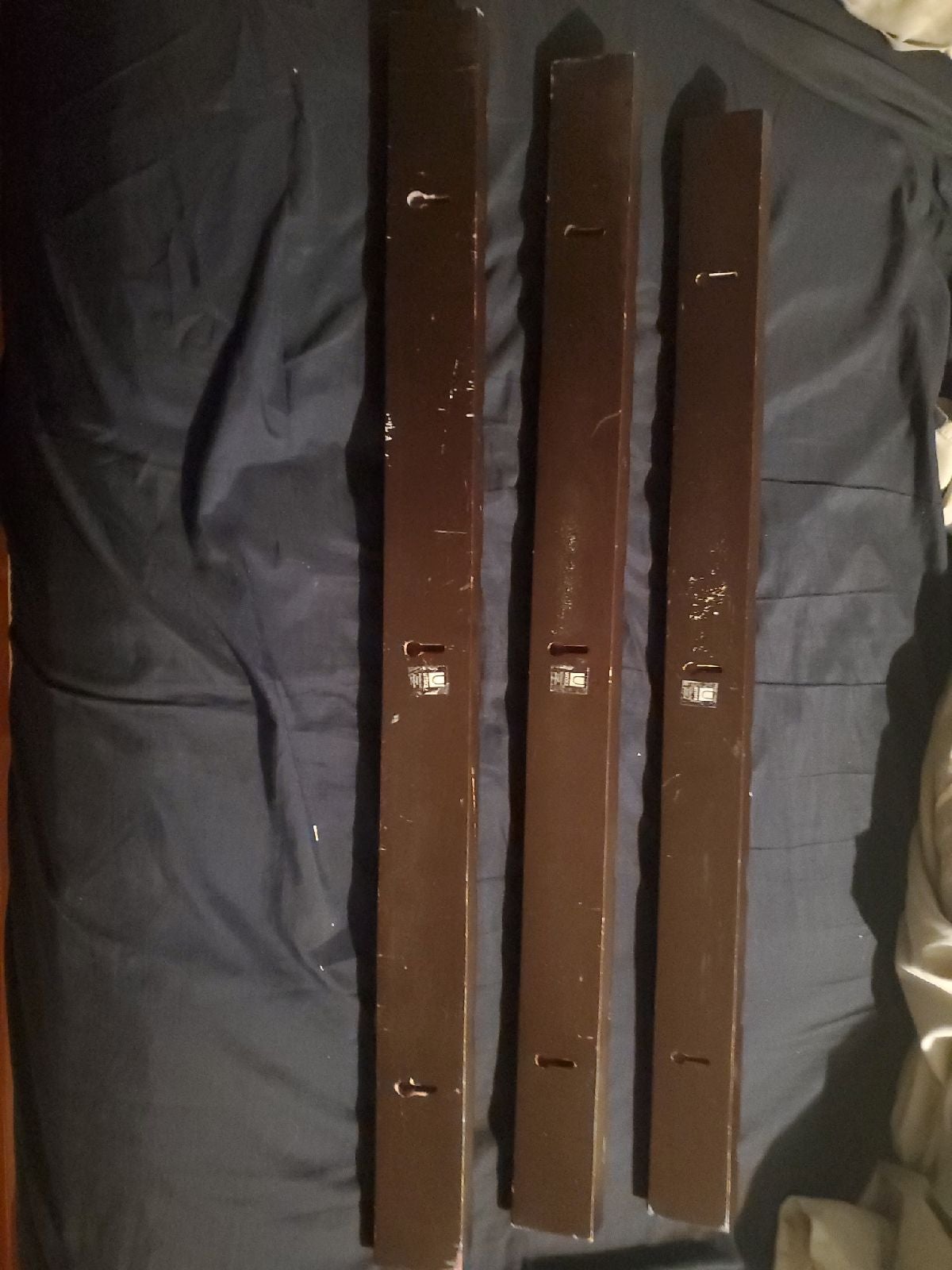 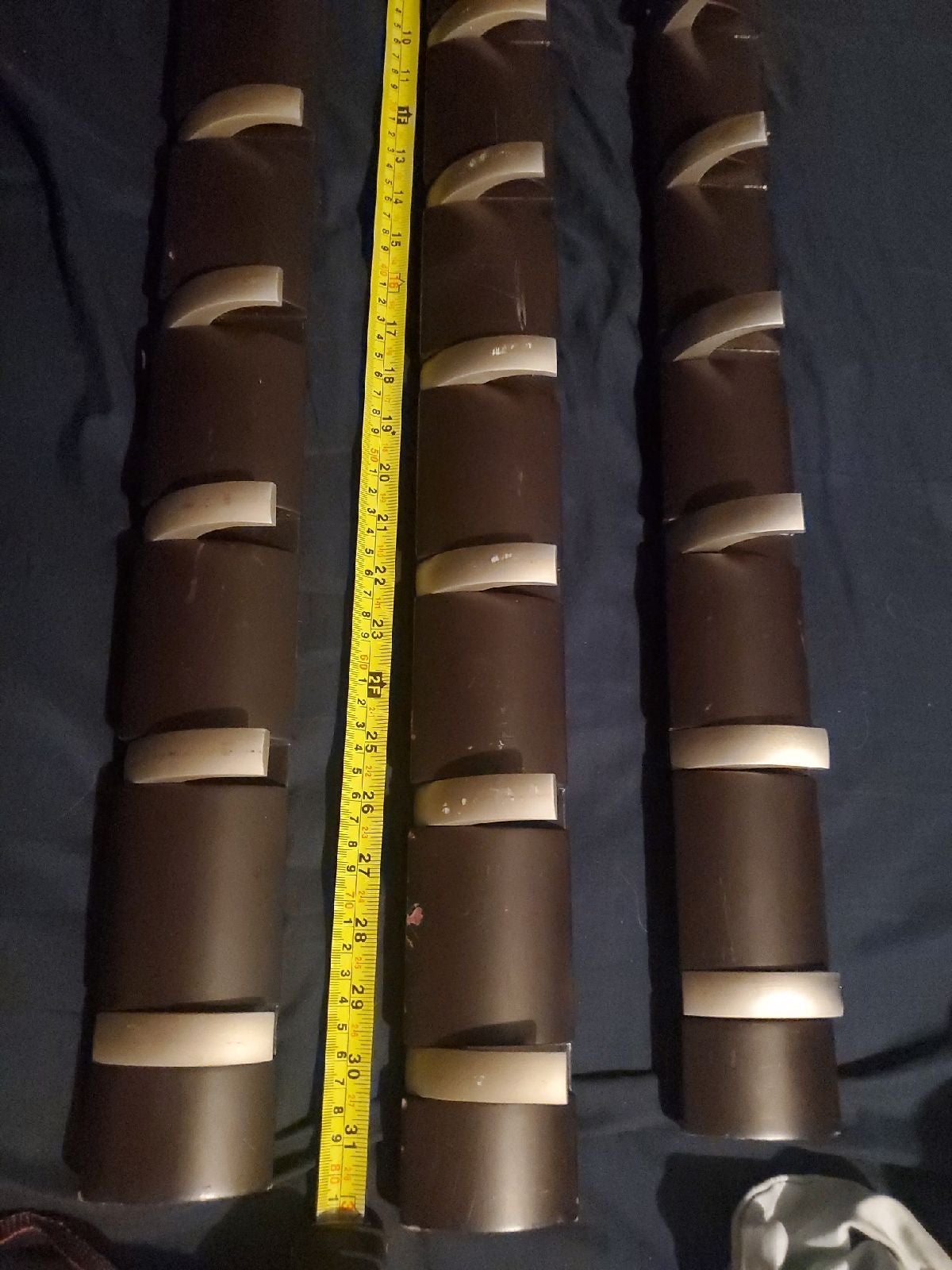 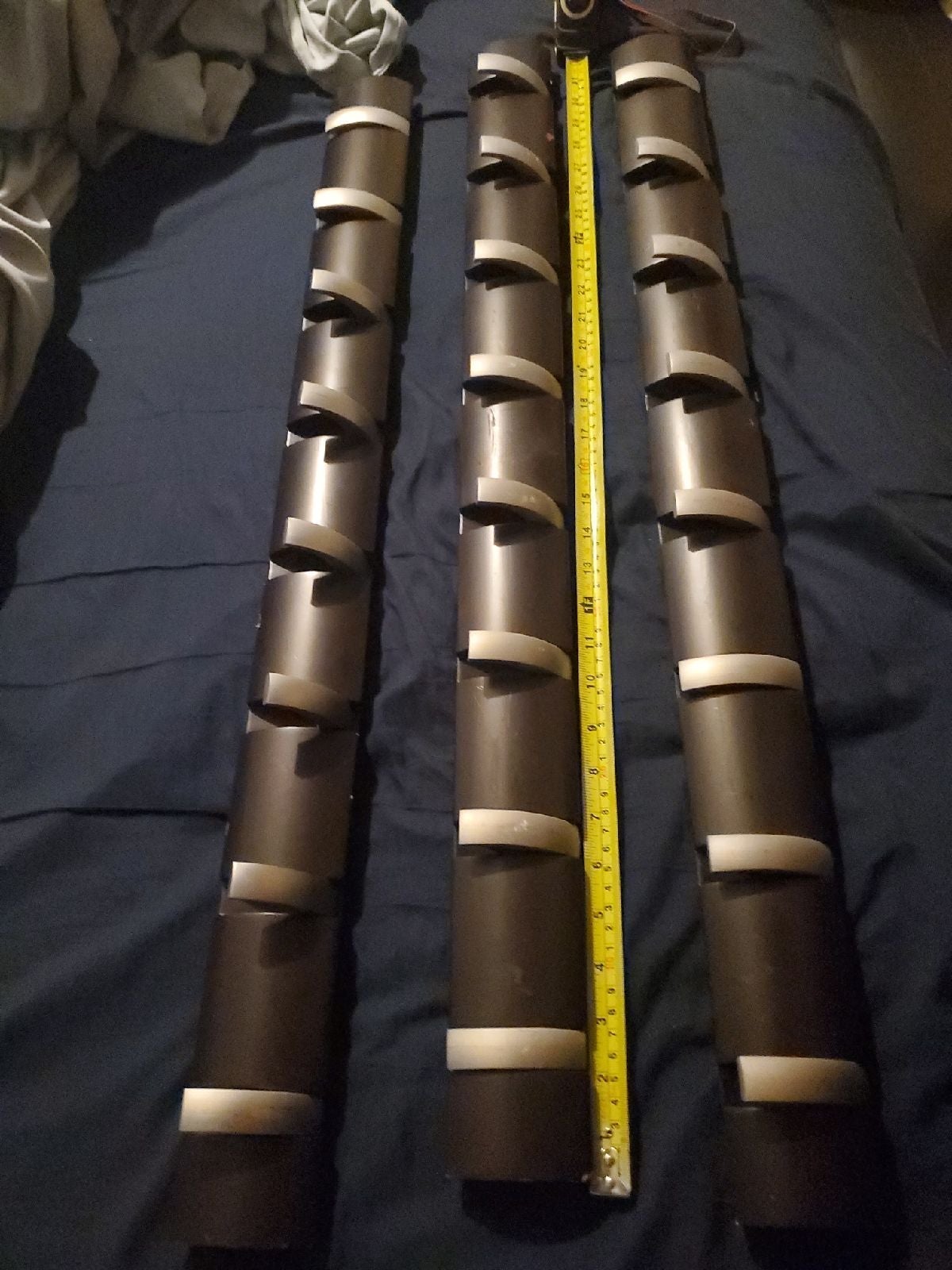 3 garment racks with 8 functional hooks. Some scratches but still works and functions great in a closet or open space. 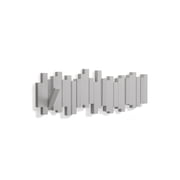 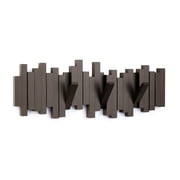