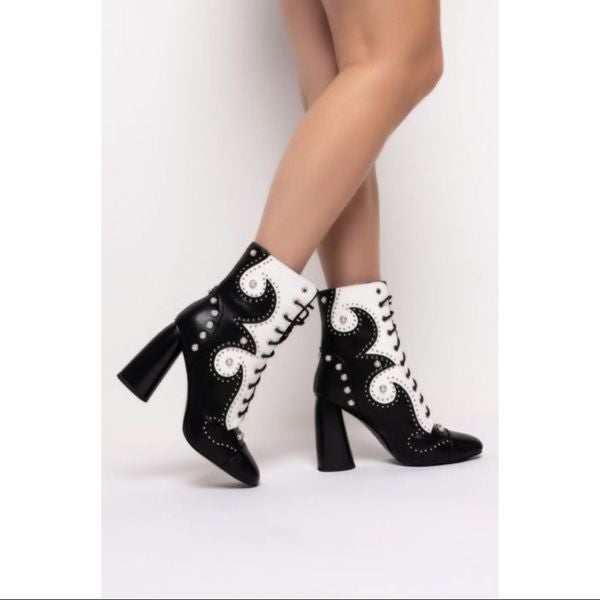 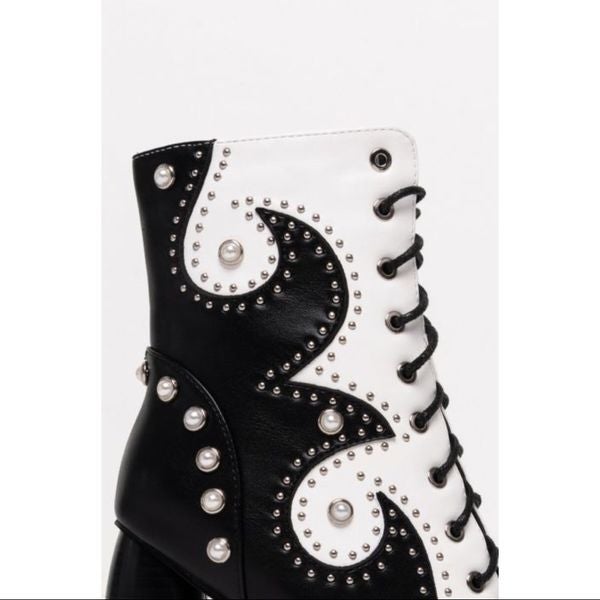 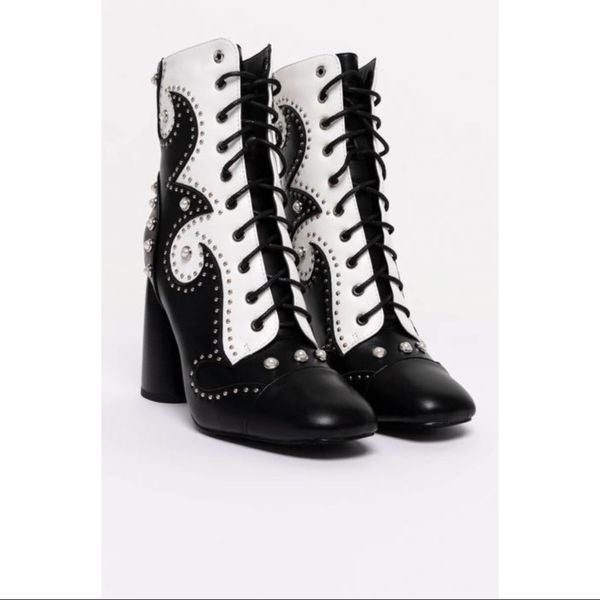 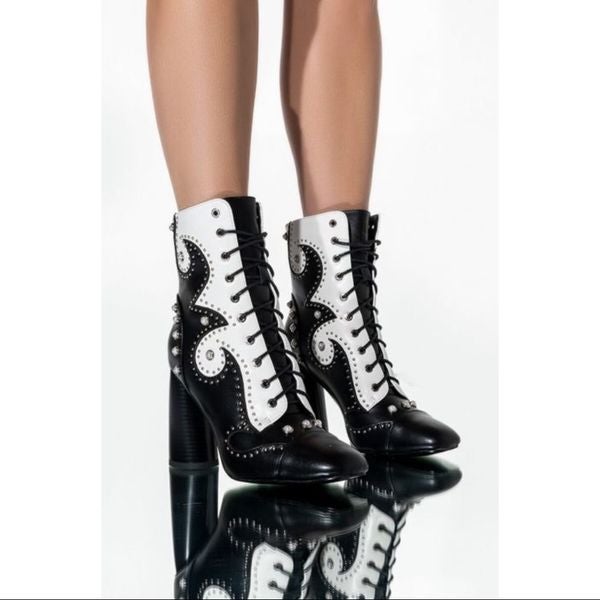 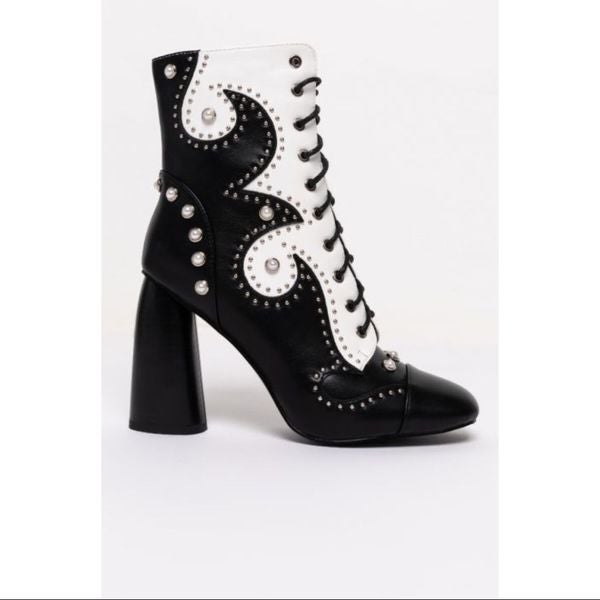 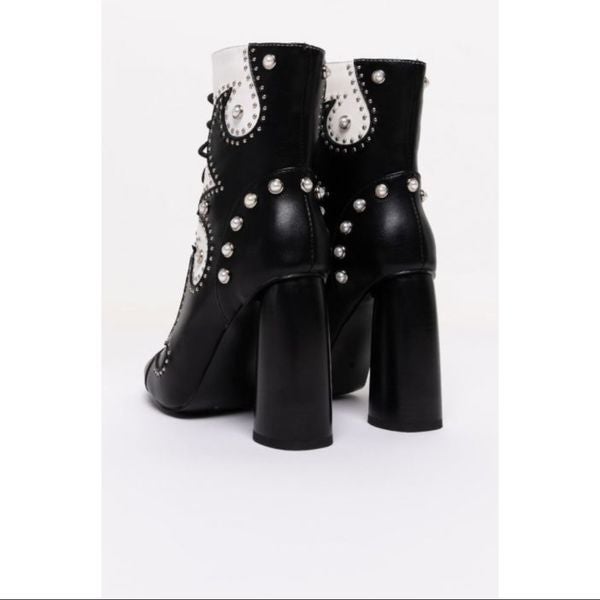 These boots are made for walkin’. The AZALEA WANG Talking This And That Lace Up Embellished High Heeled Bootie features western-inspired pleather panels with silver studs and pearls placed delicately throughout. A lace up design, rounded toe and chunky high heel make this silhouette and design combo deliciously fashion forward. Pair these with a mini skirt and a structured statement top to don a real boss trot.Fit and details (approx. from a women’s size 8):- 4.25” heel height- 3” shaft height - Lace up design - Round toe - Chunky heel - All man made materials - Imported 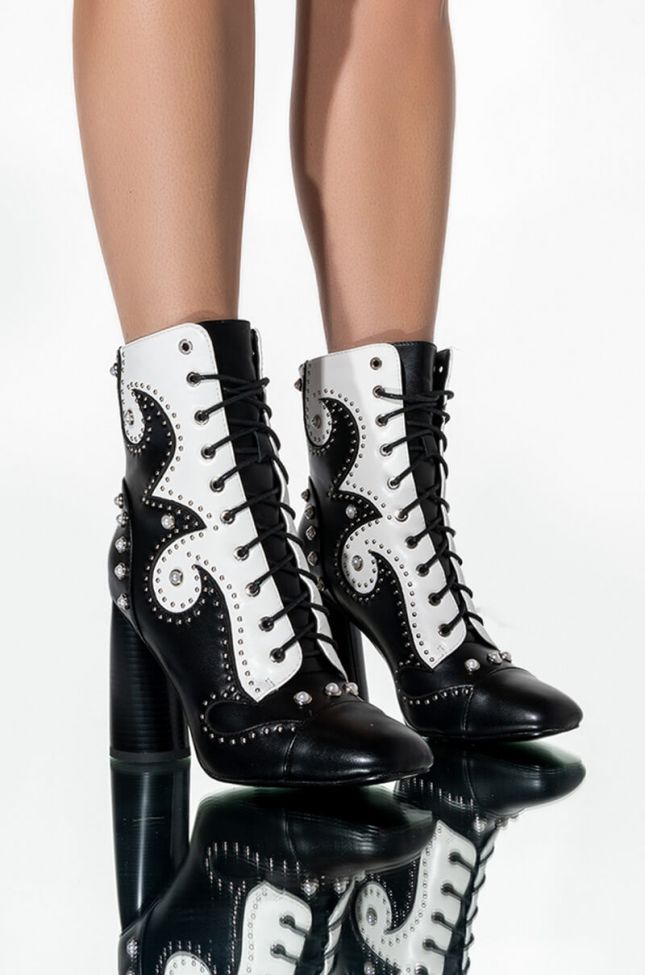 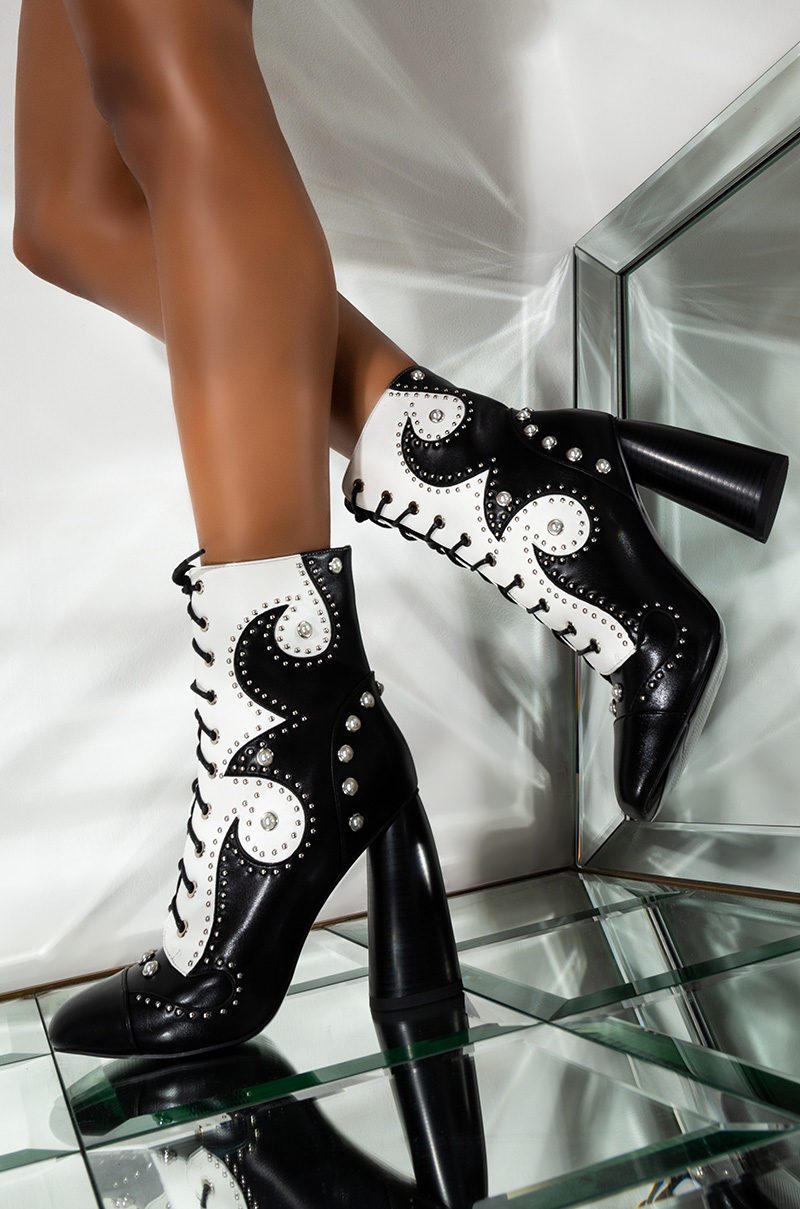 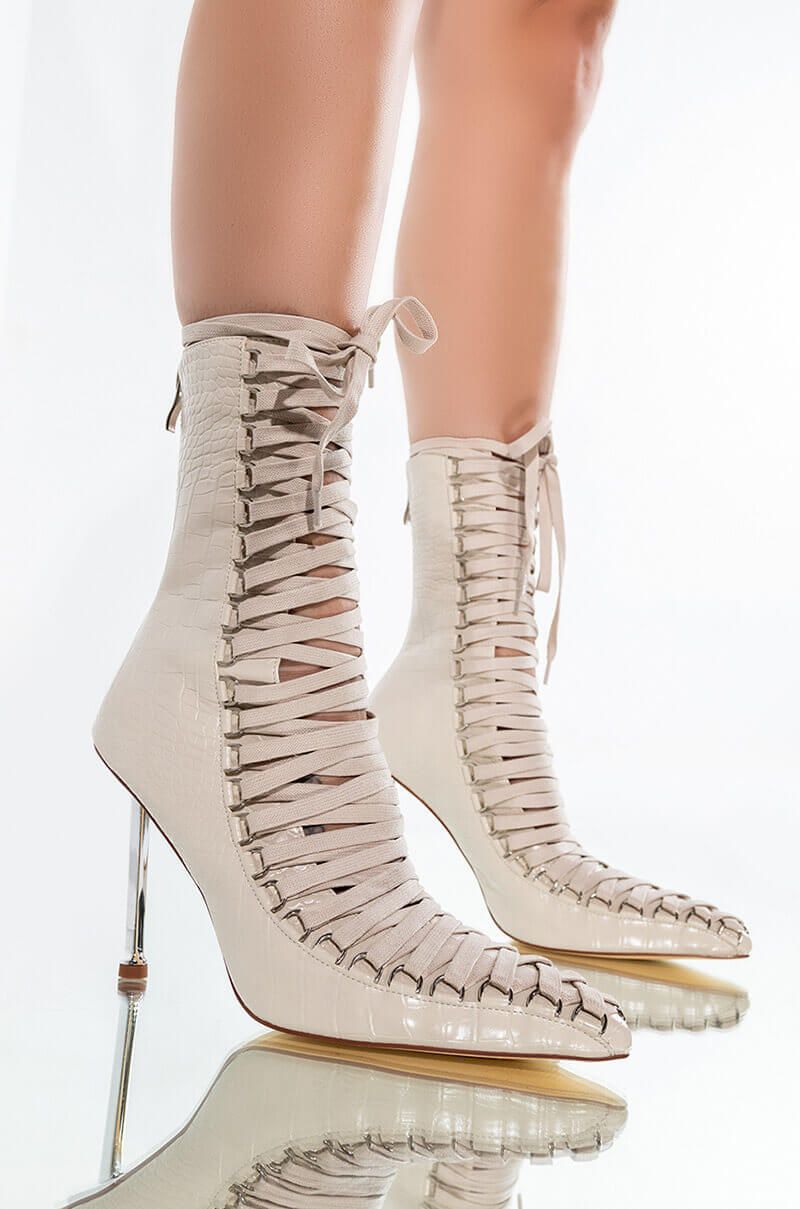 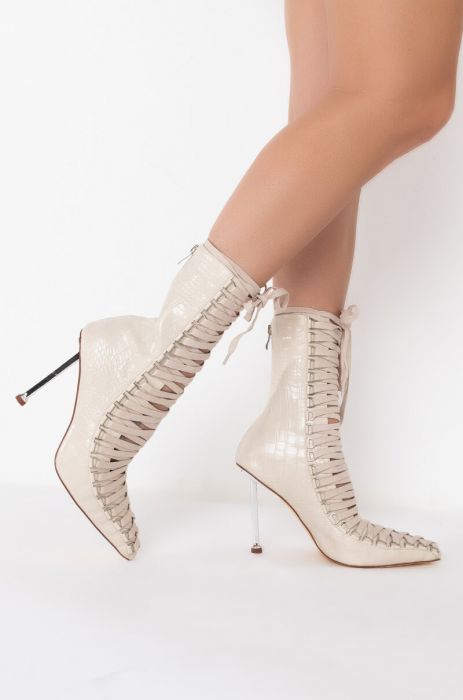 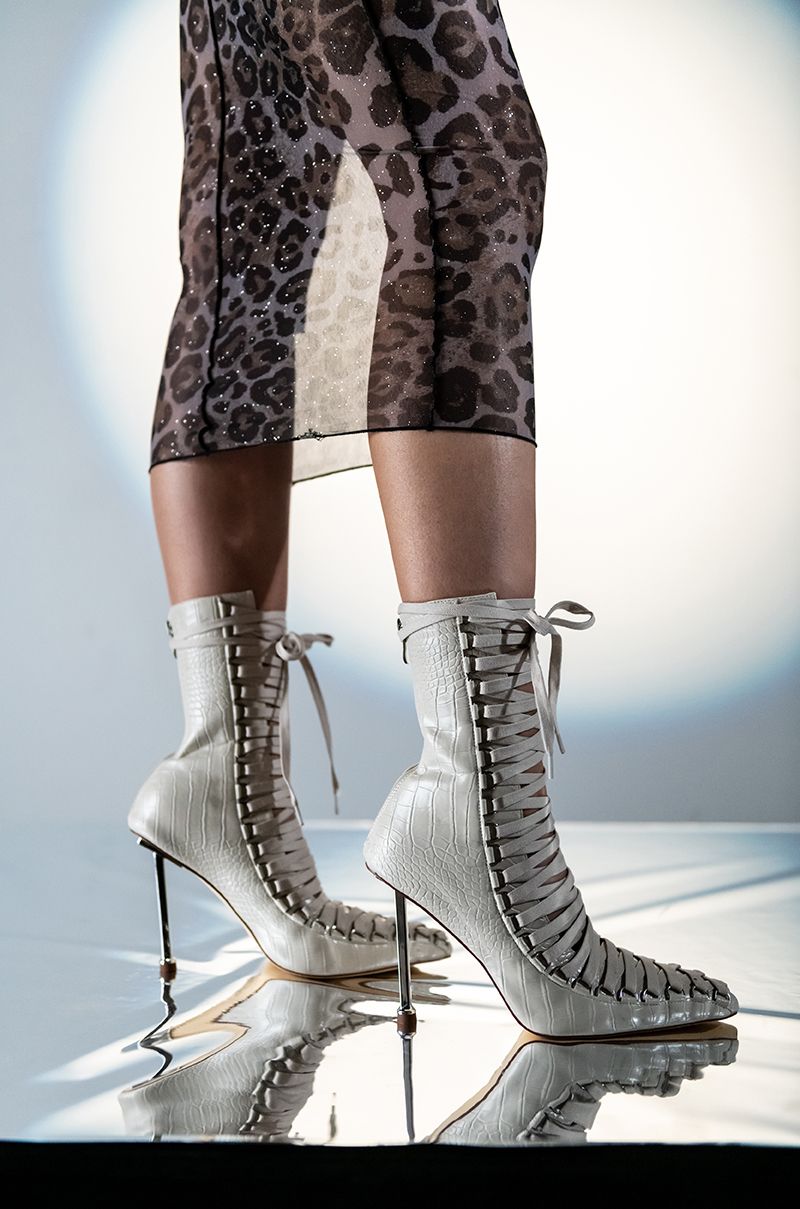 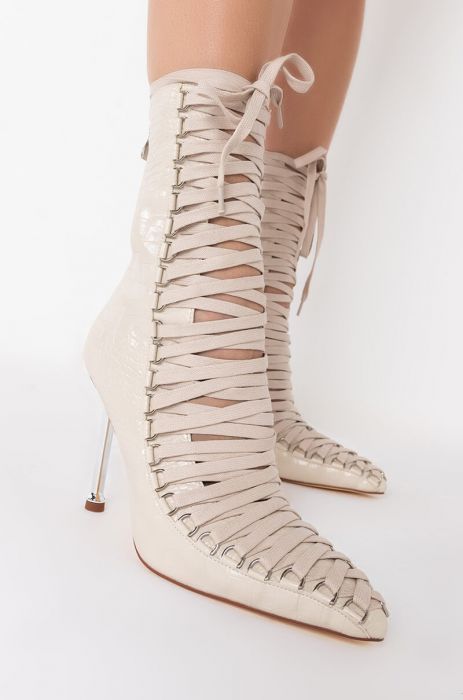 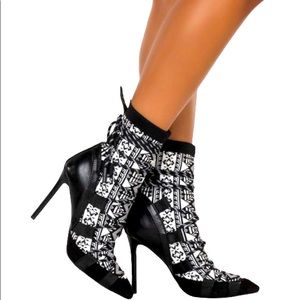 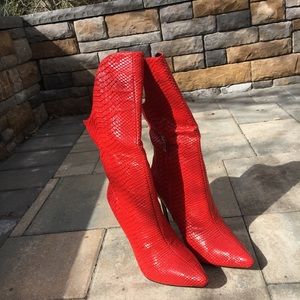 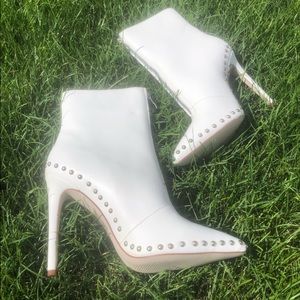 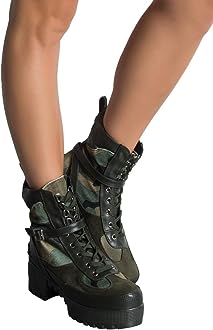 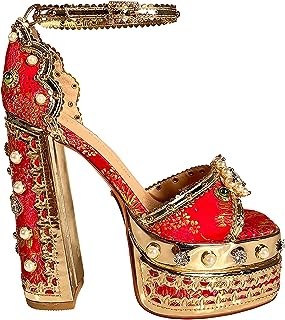 Personalized and one of a kind custom tumblers, shirts, coasters, pillow cases,,