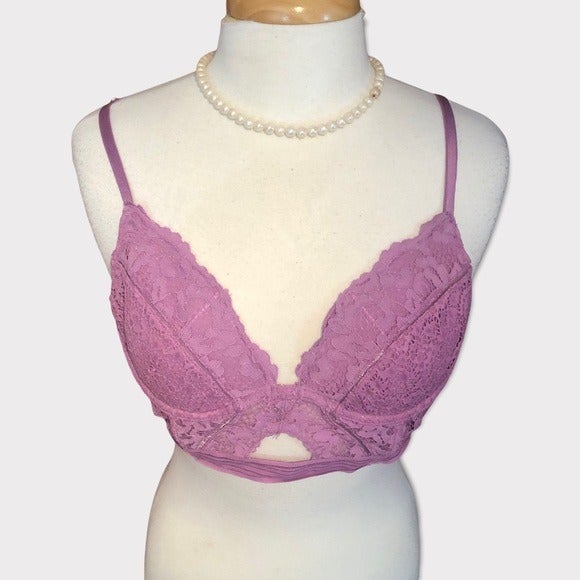 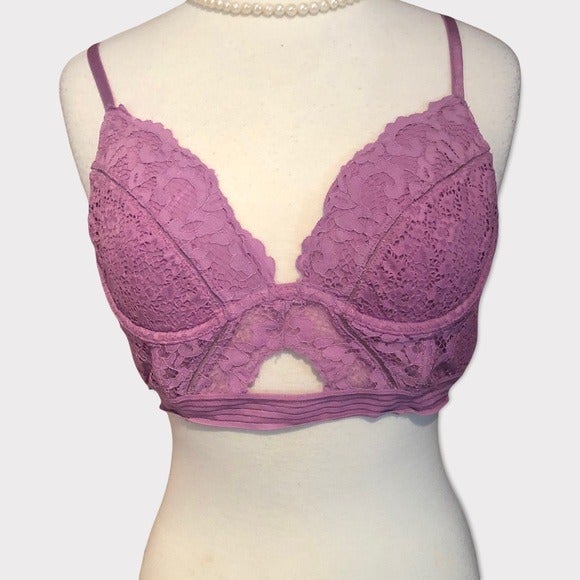 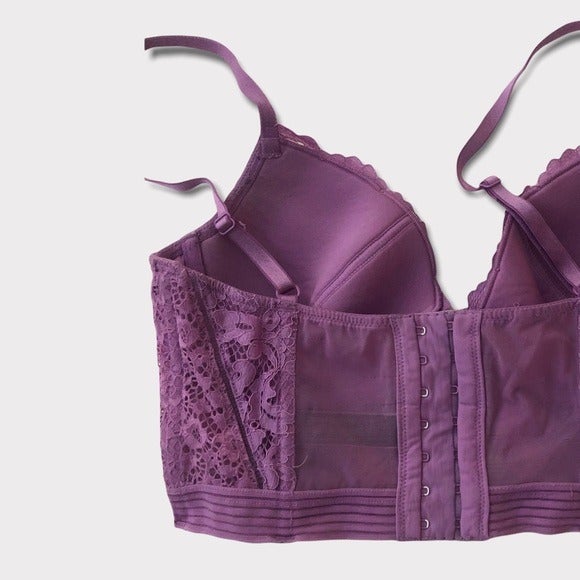 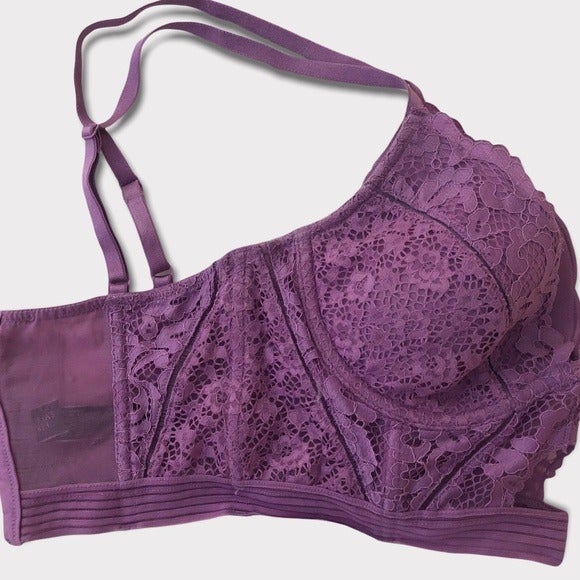 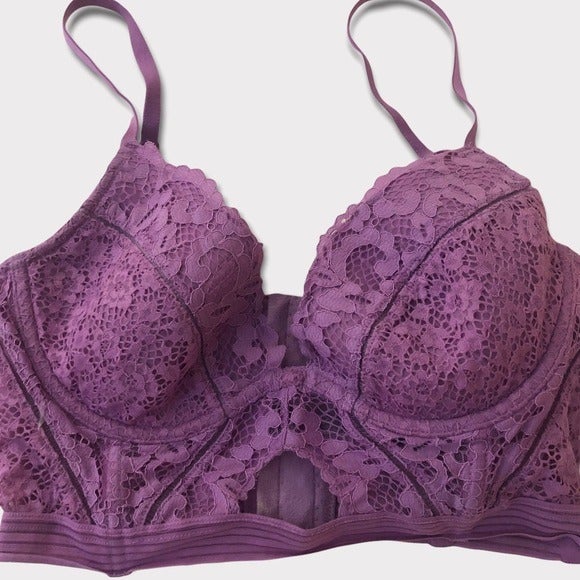 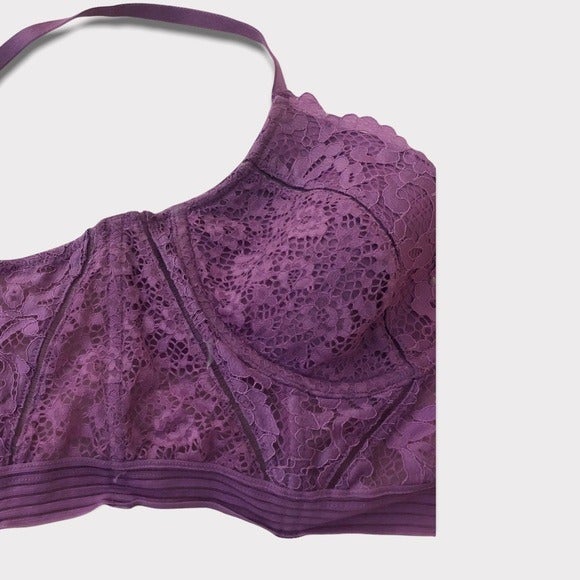 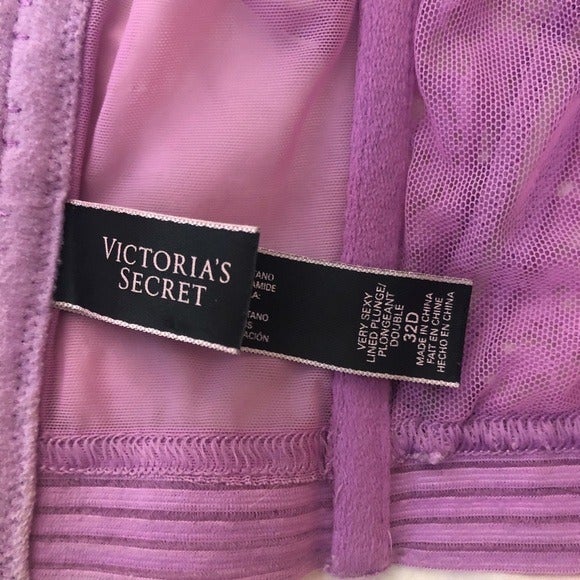 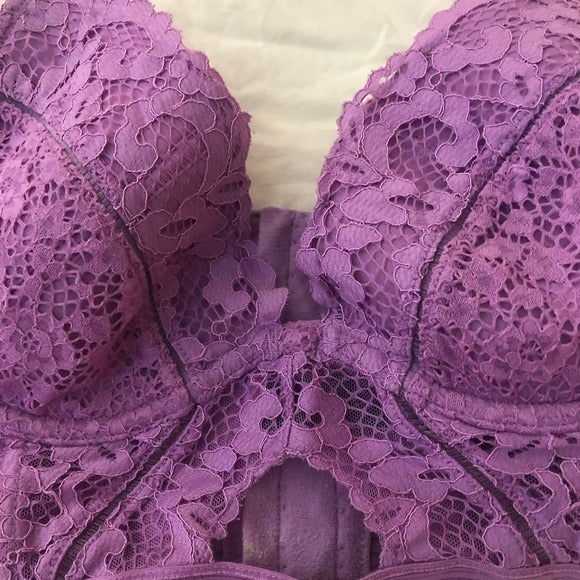 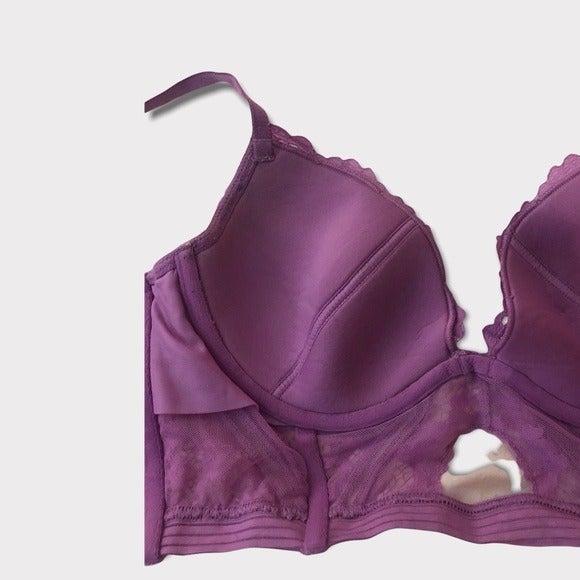 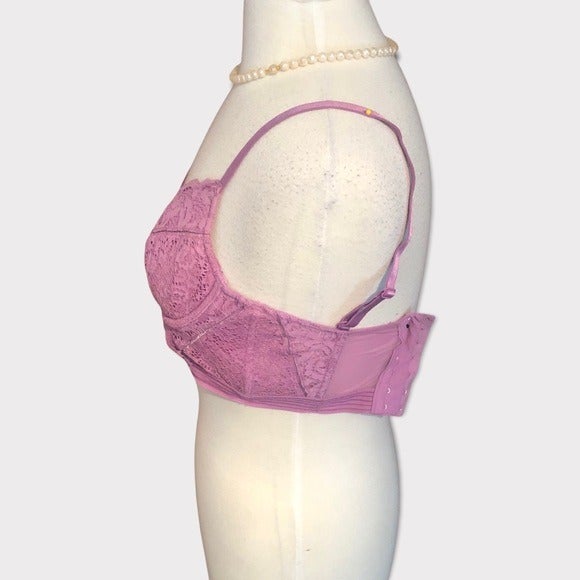 Covered in lavender purple lace, this underwire bra offers excellent support with the delicate look of a bralette. Adjustable straps, padding, thick band with several rows of hooks in the back for closure.Excellent pre-loved condition with no flaws. Size 32D. 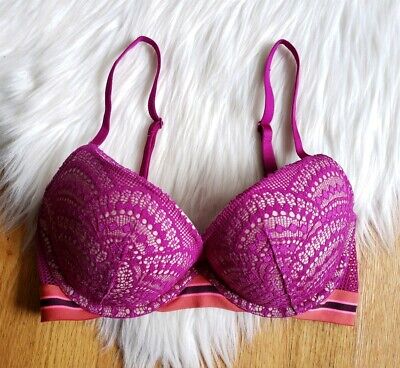 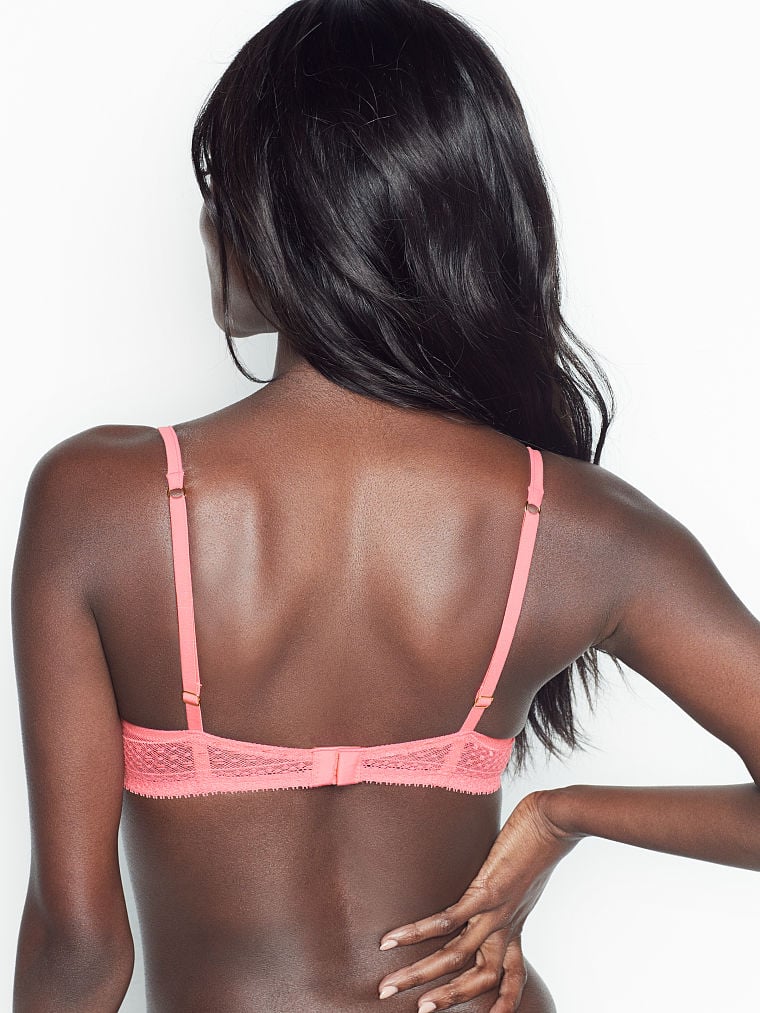 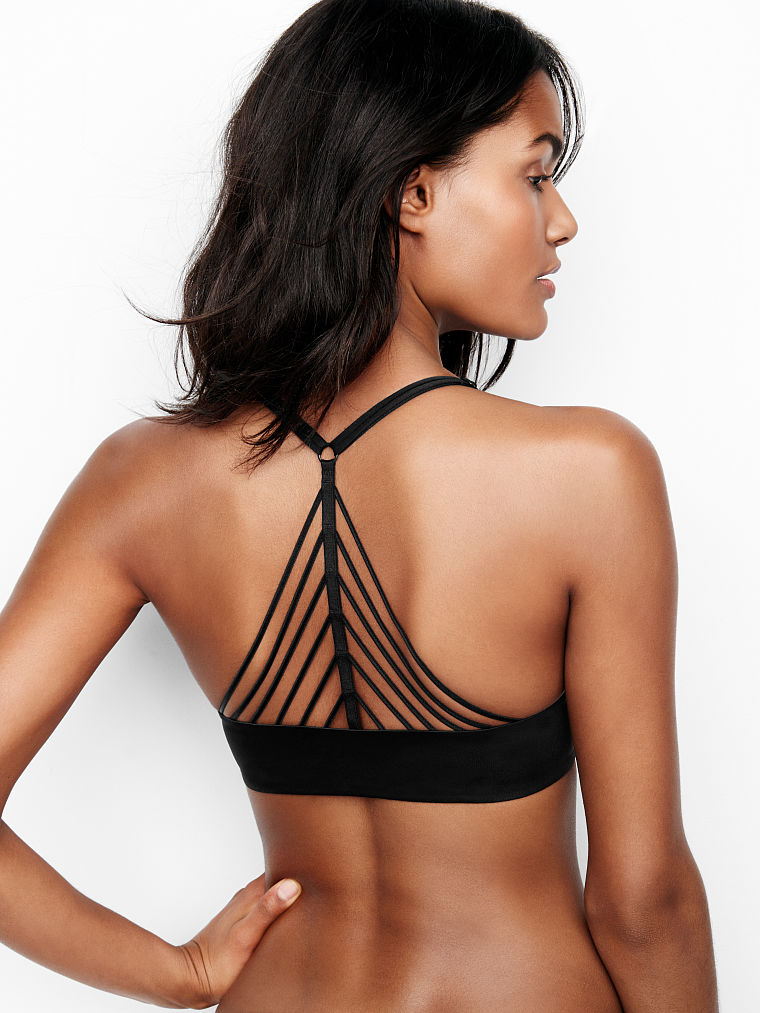 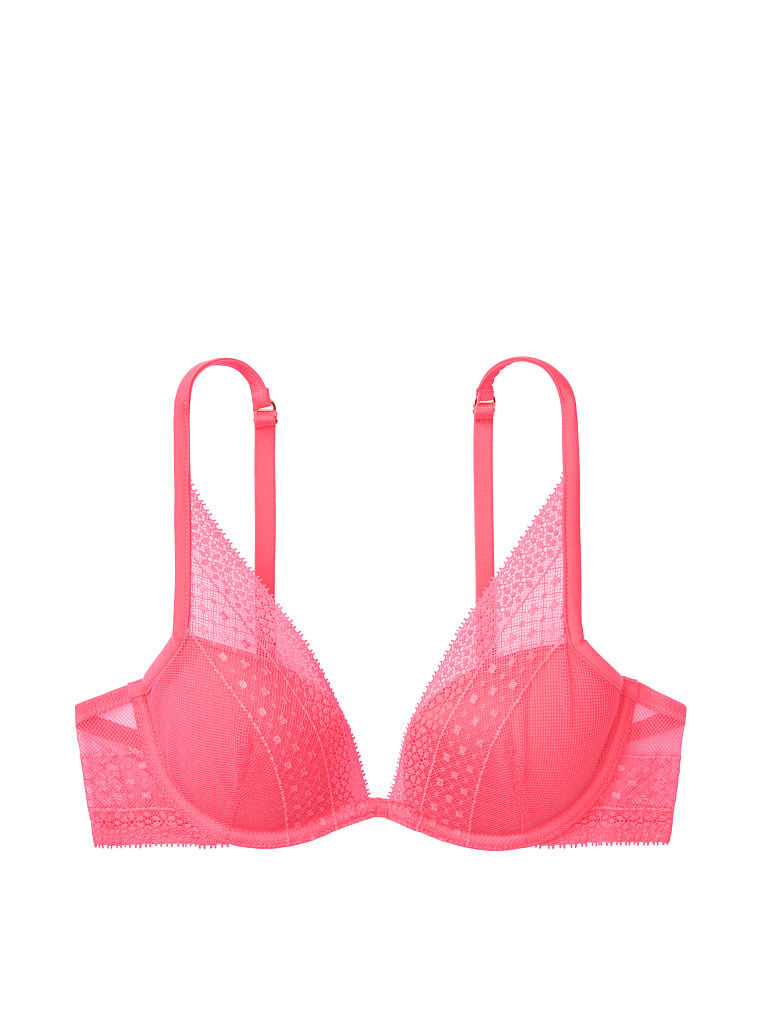 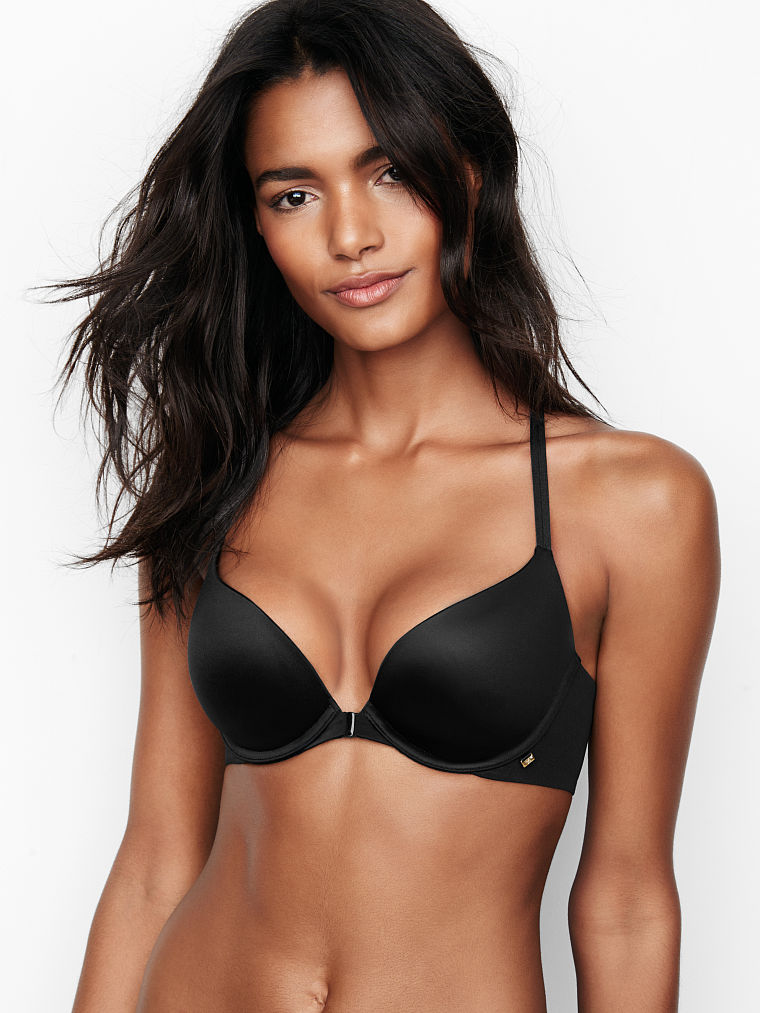 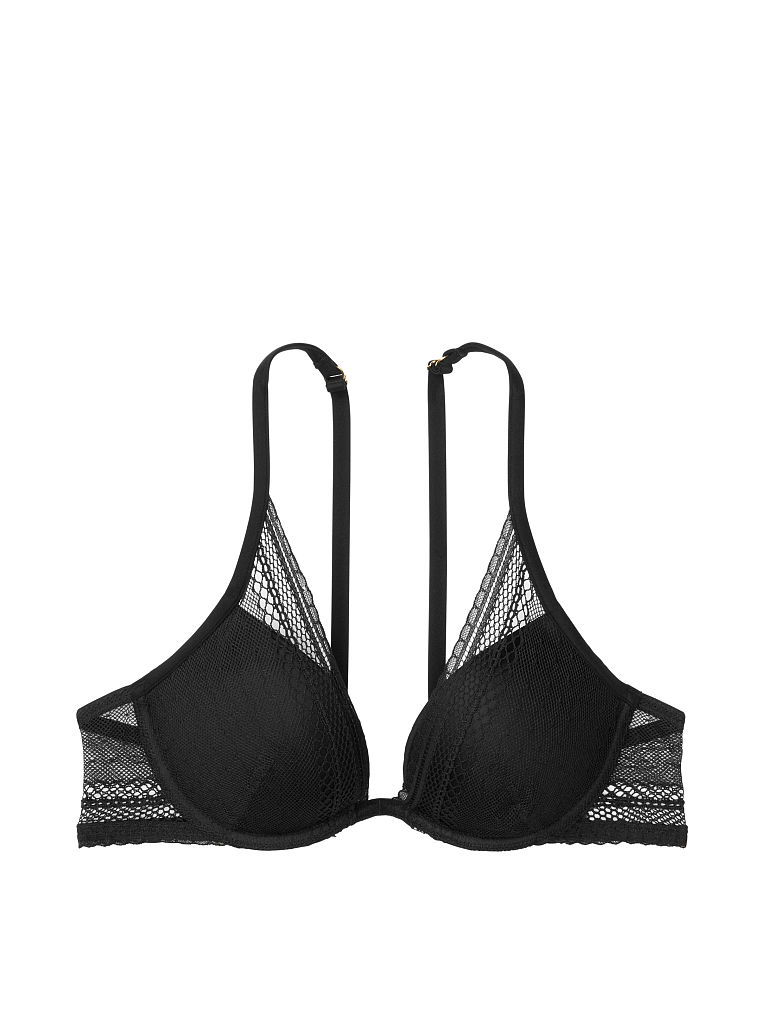 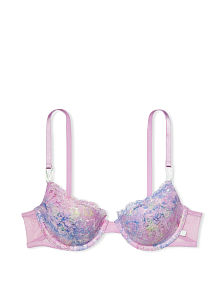 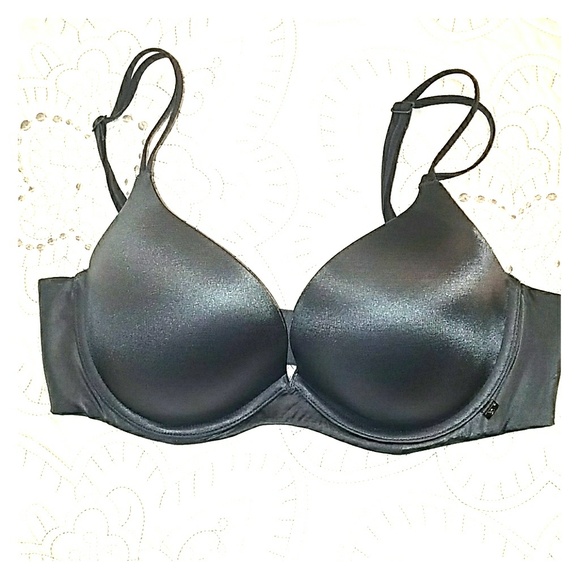 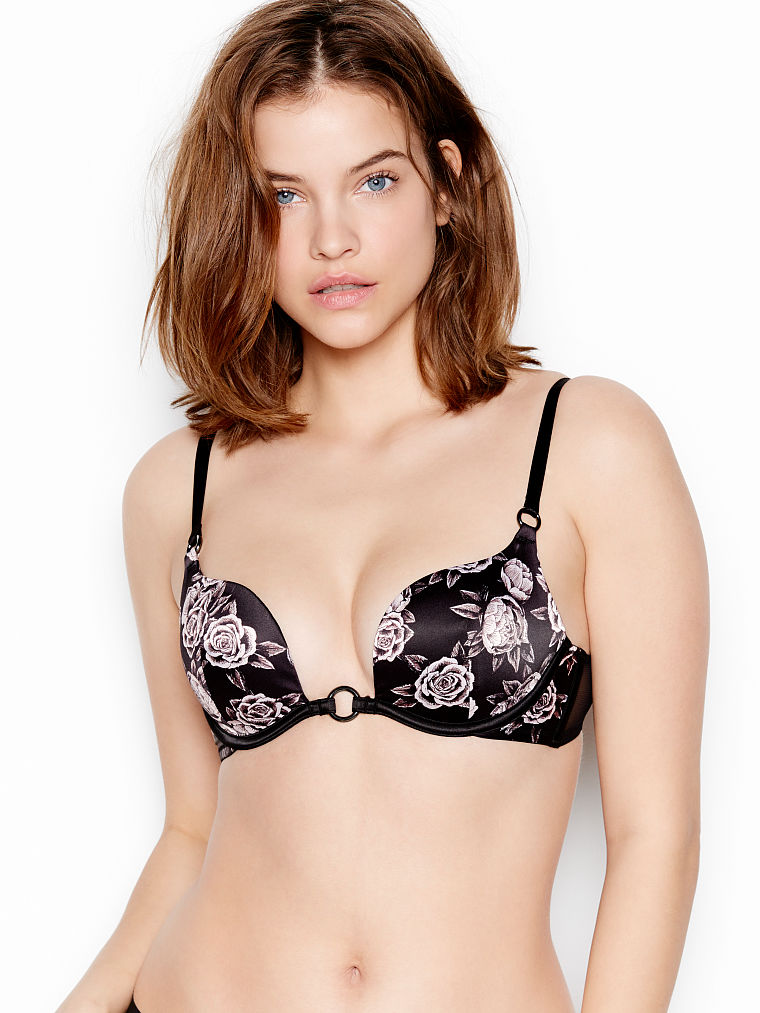 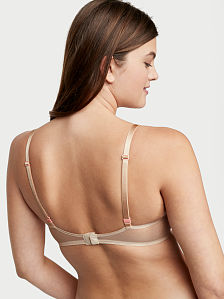 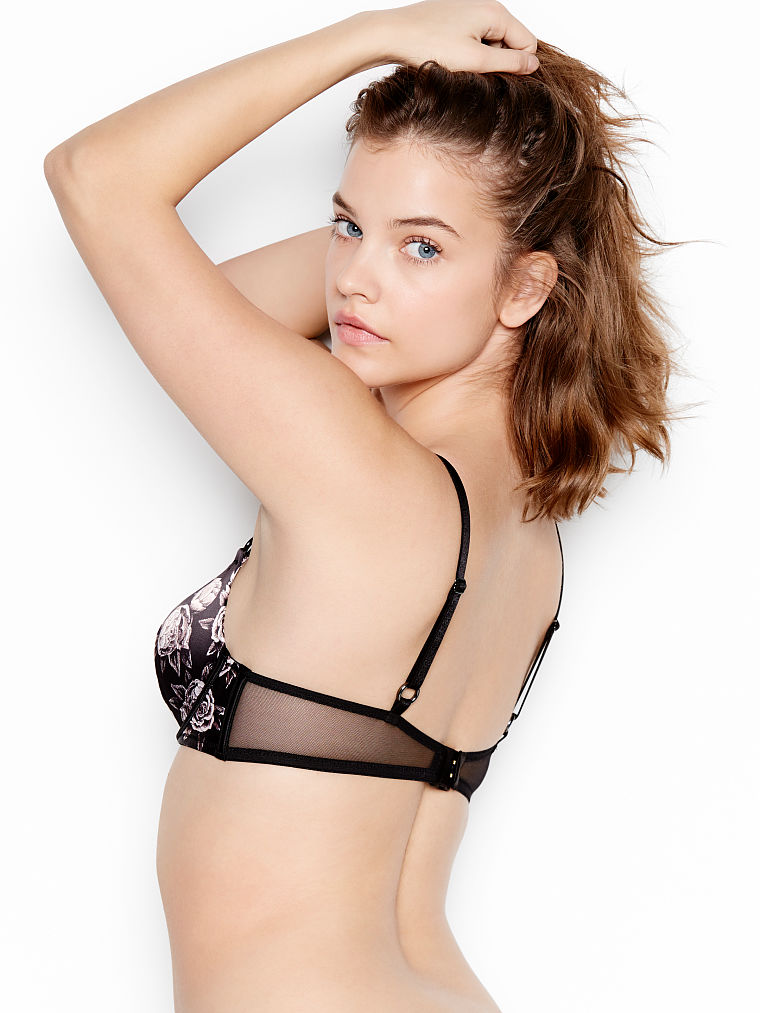 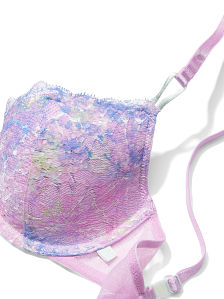 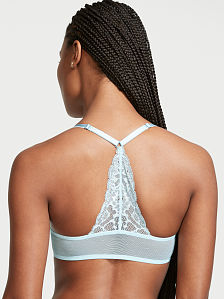 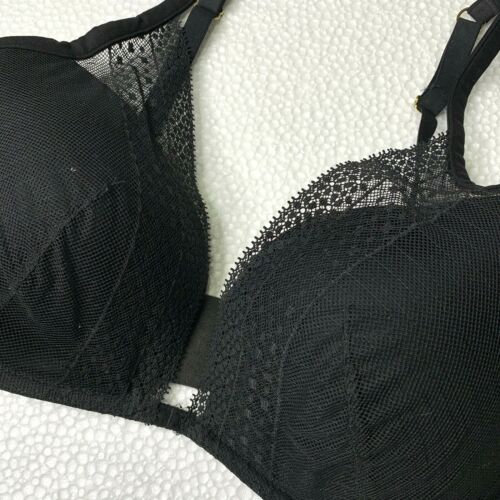