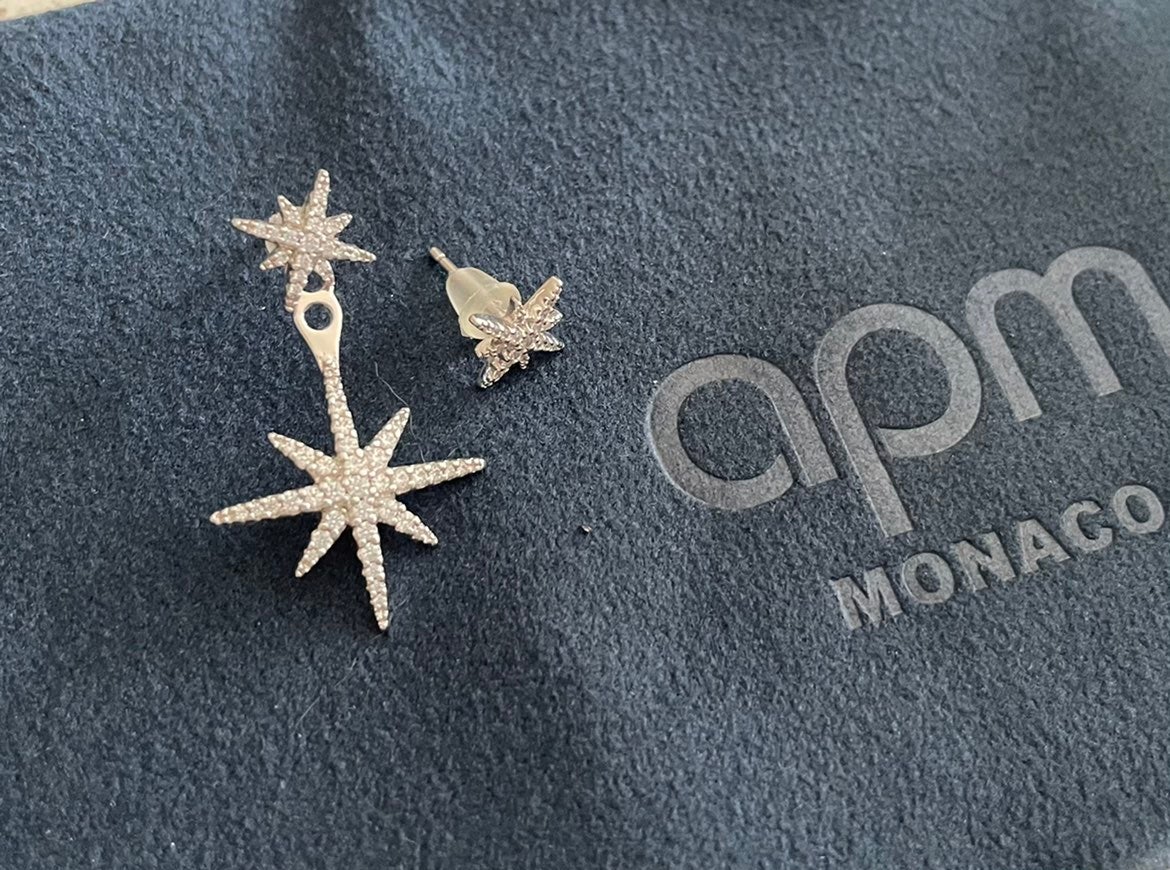 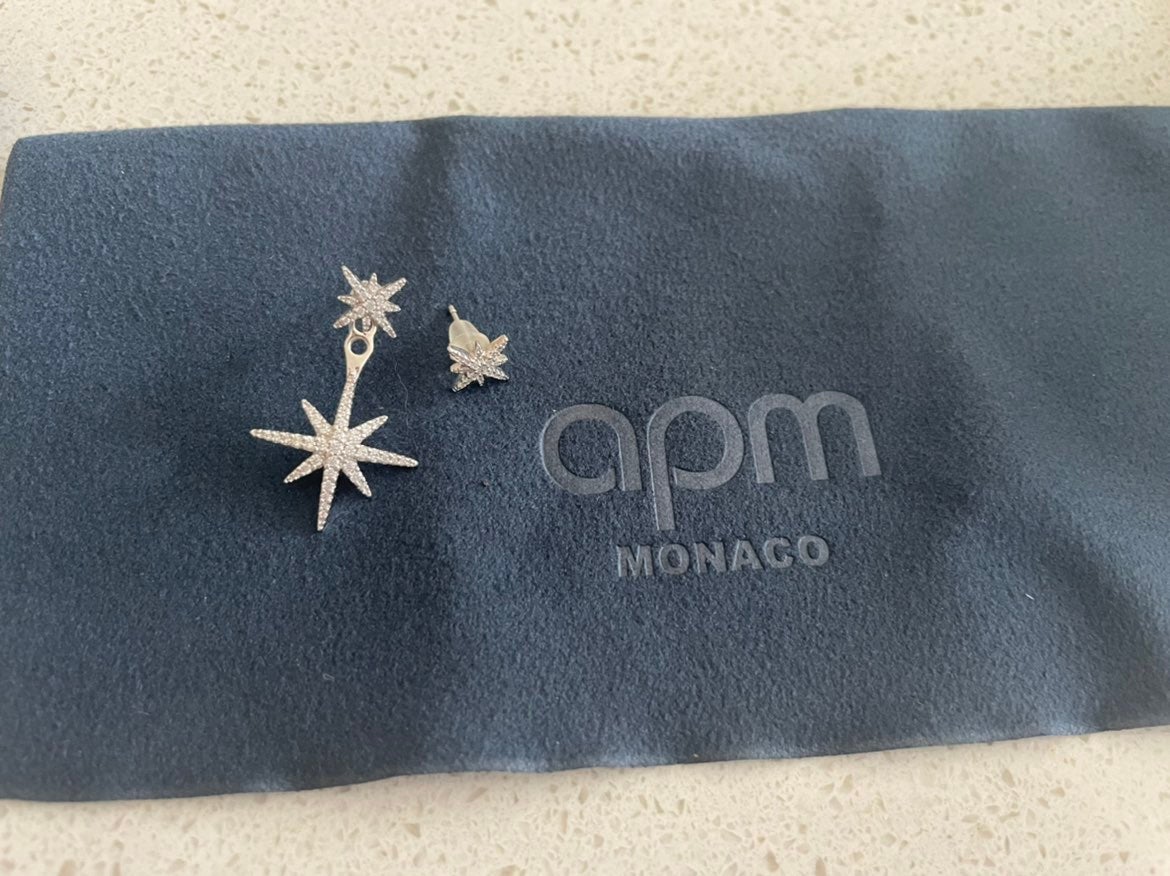 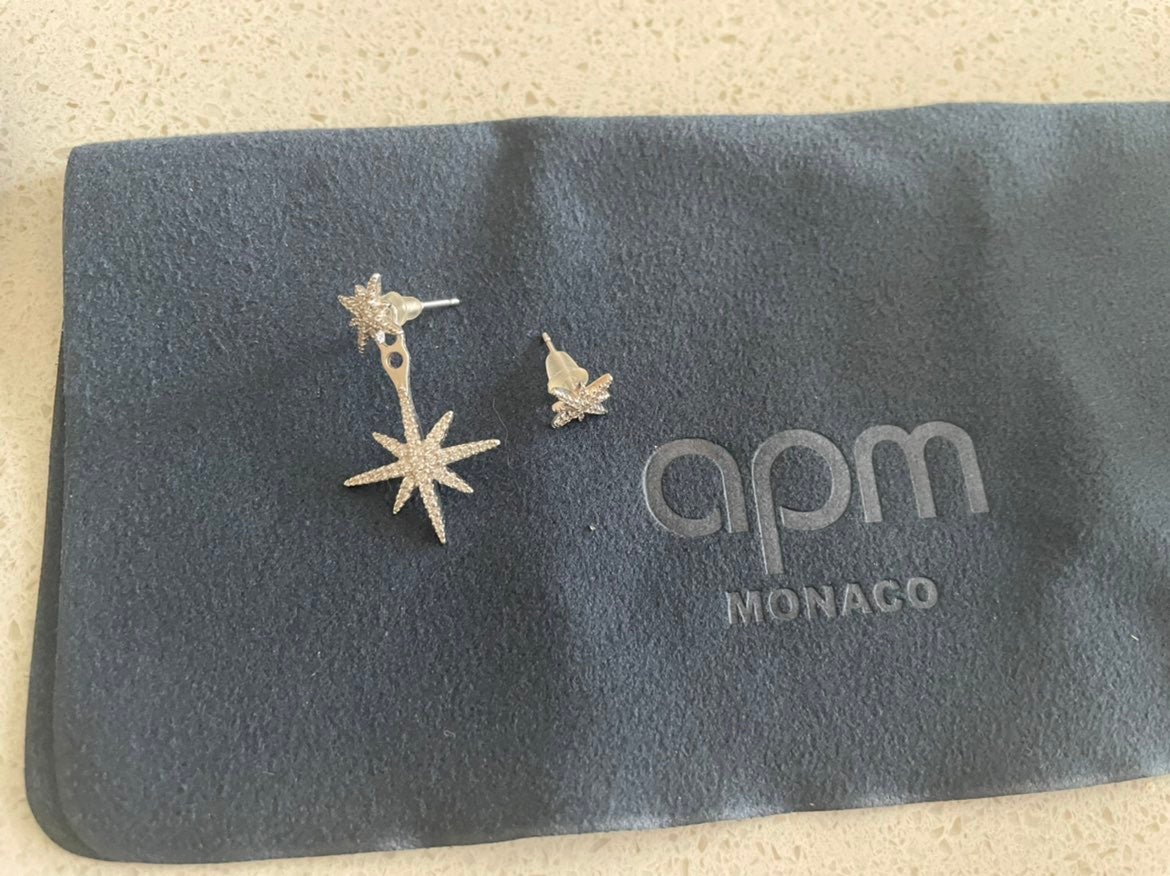 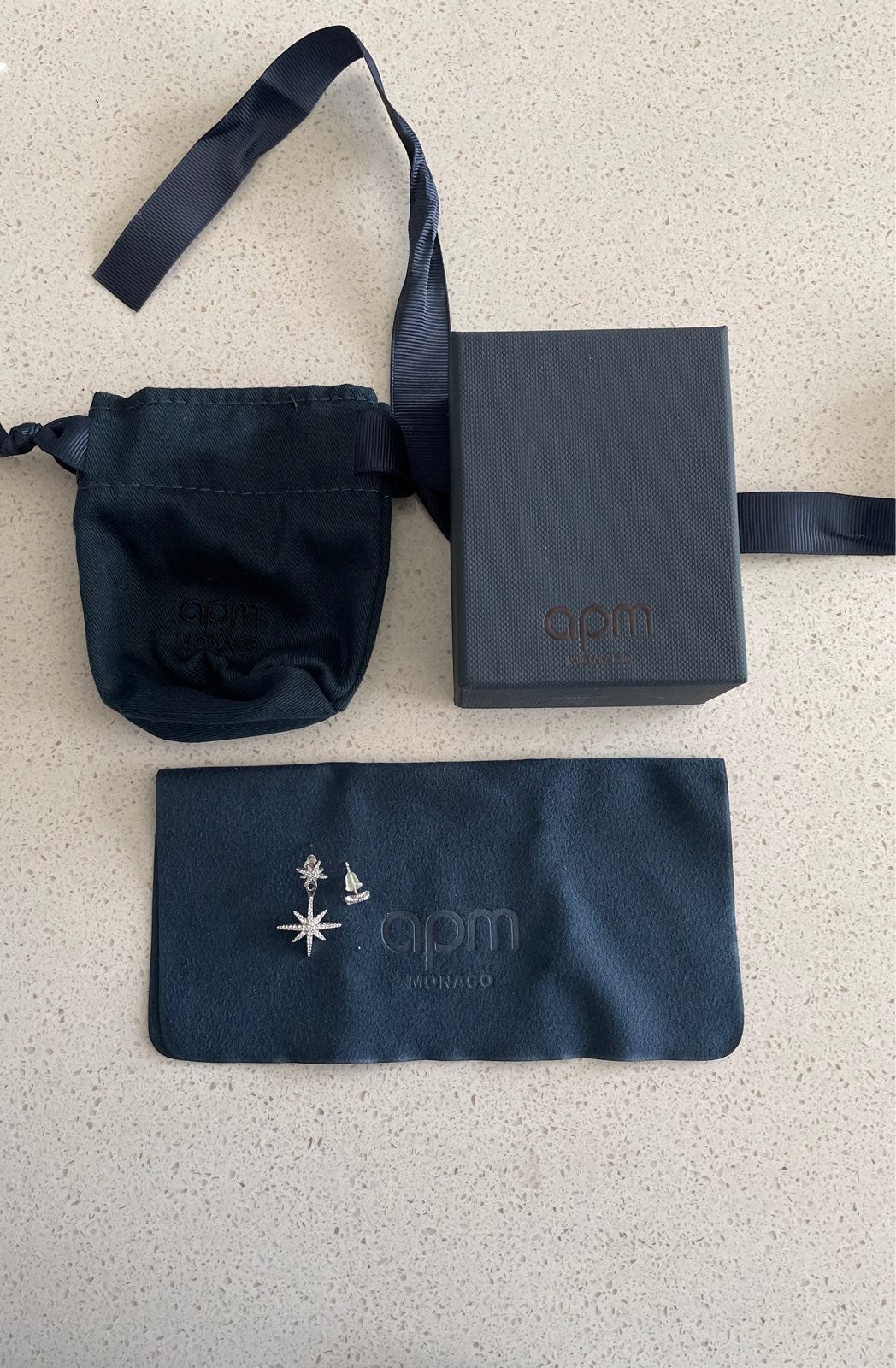 Excellent used condition, only wear 2-3 times
Material: Sterling silver
Stones: Micropaved with zirconia stones
Color: Silver
Size of earrings: Small (Length: 2.9 cm / 1.1 in ; Width: 1.9 cm / 0.7 in)
With the dust bag & box
Original earring back are lost but I will add another pair made of silicone