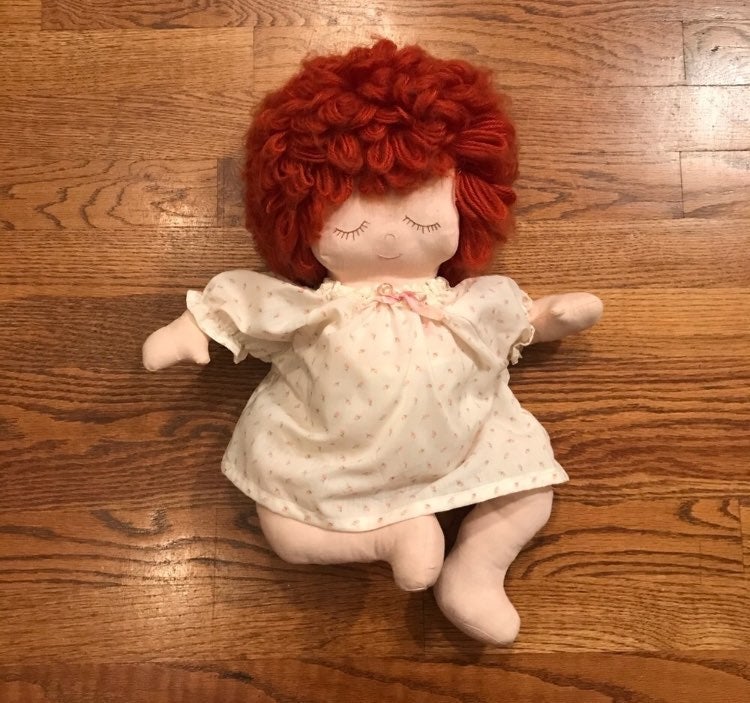 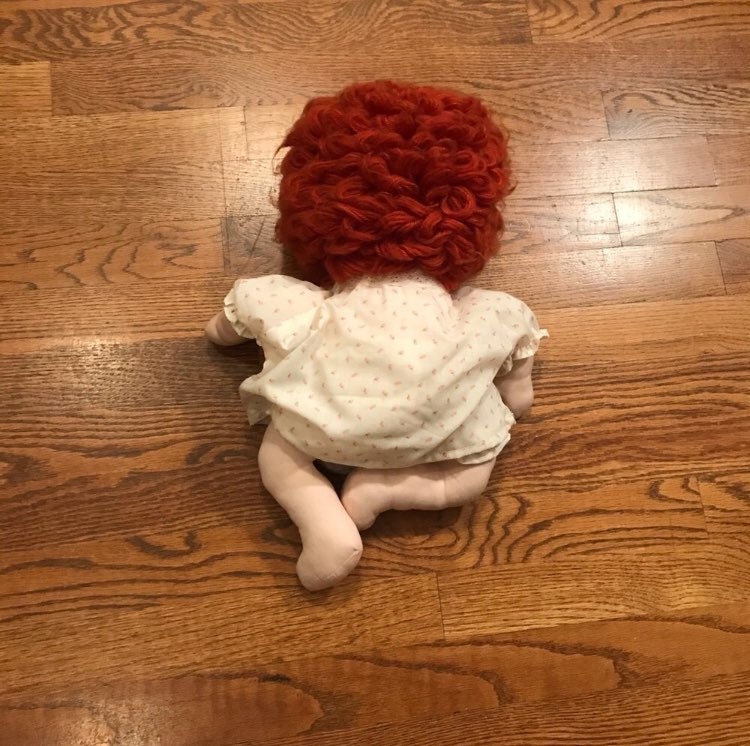 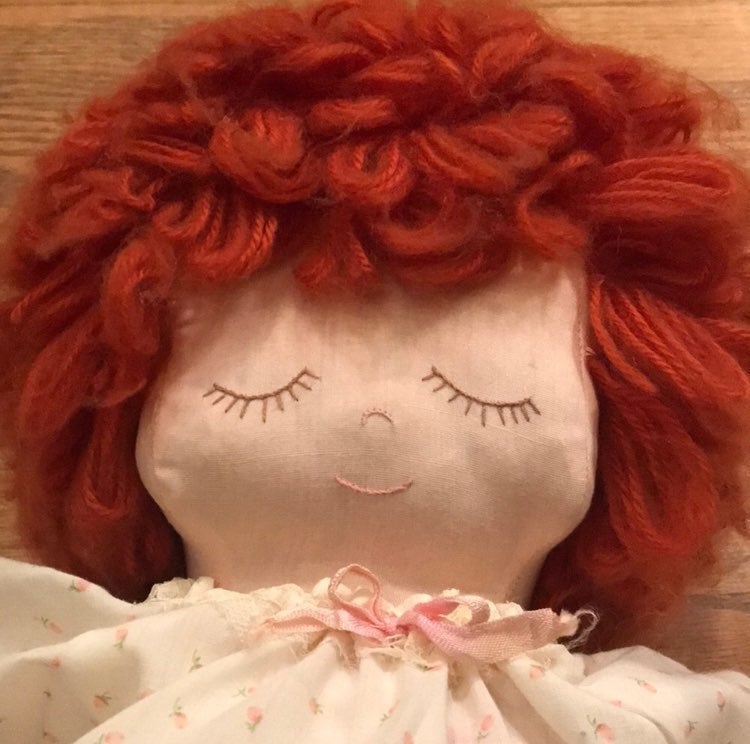 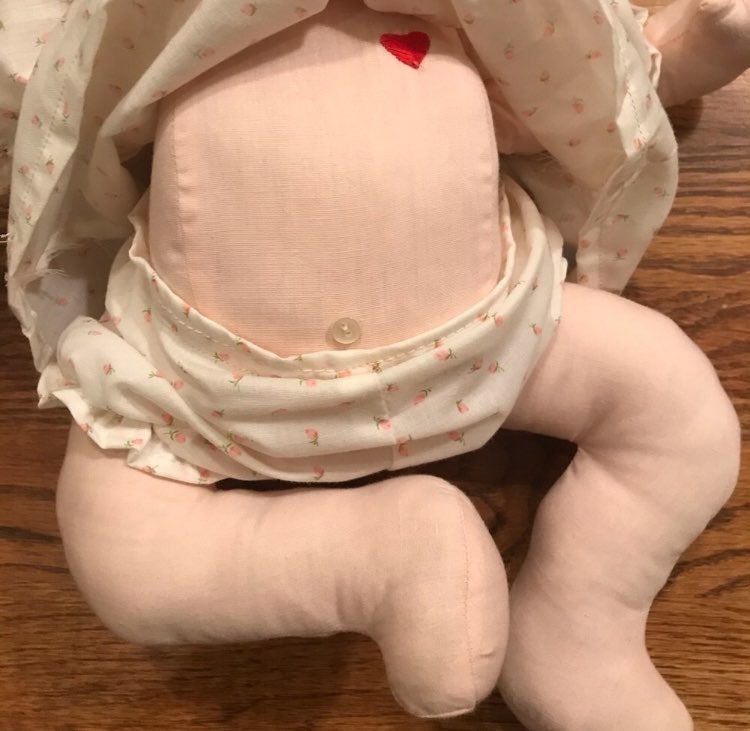 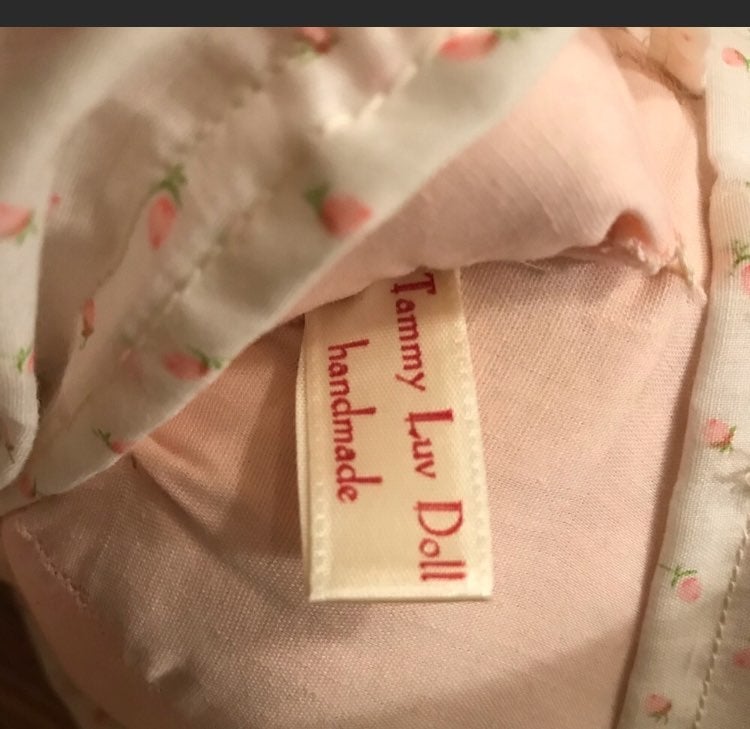 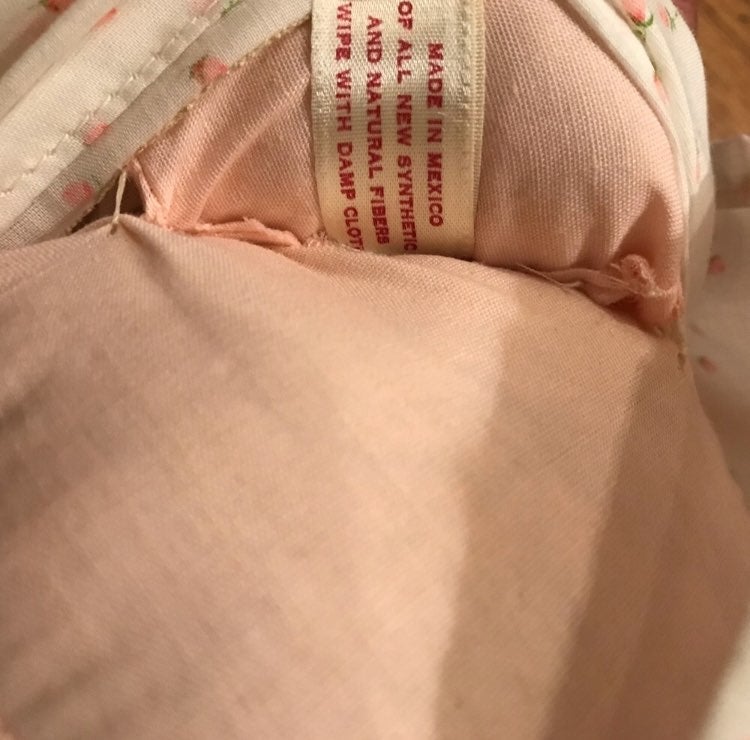 Vintage handmade cloth baby doll. Can be a beautiful gift for a child or a nice collector’s item! Has an embroidered heart and sewn on belly button. How precious is that red yarn hair?! Bow on dress is slightly worn, as seen in photo, but otherwise great condition! 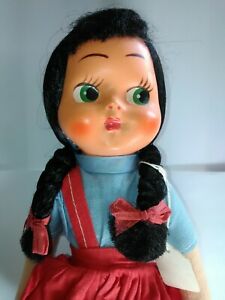 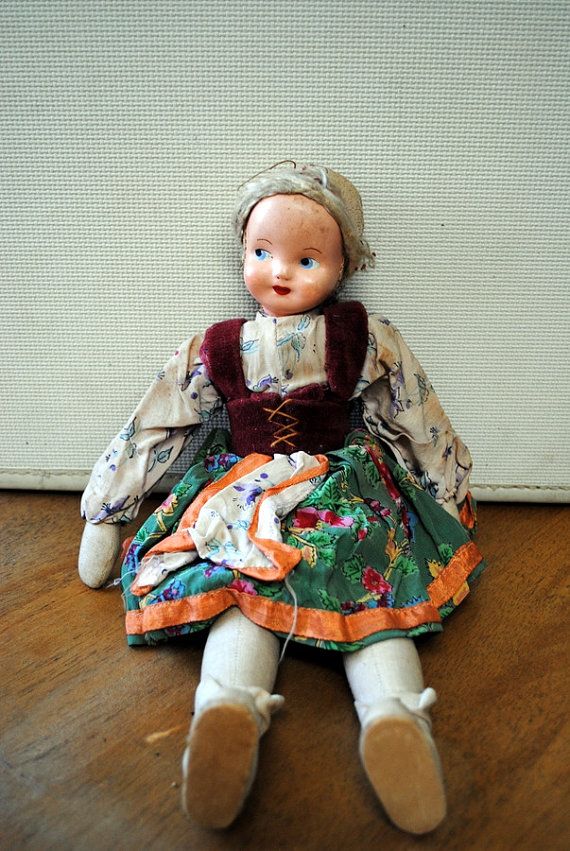 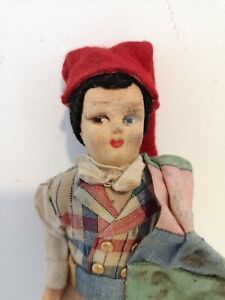 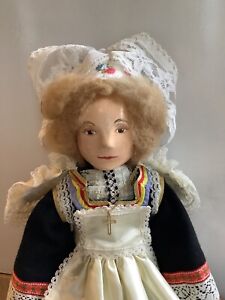 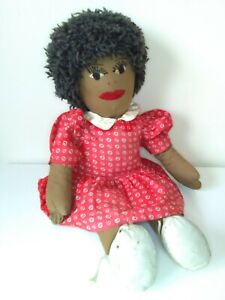 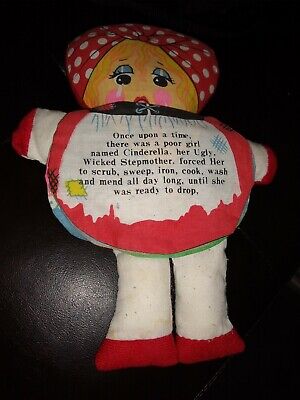 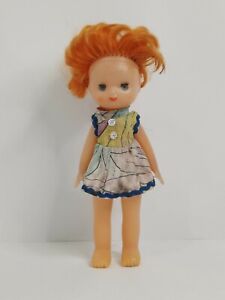 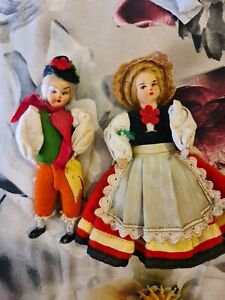 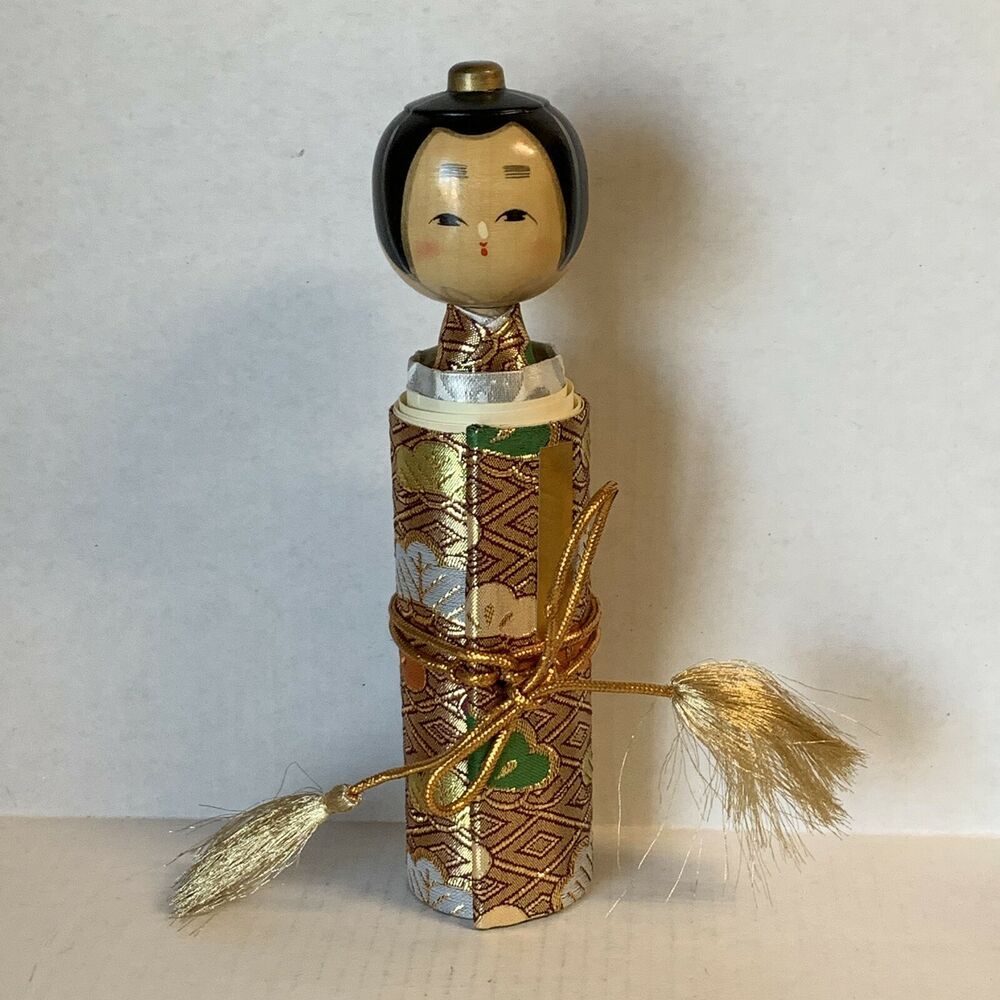 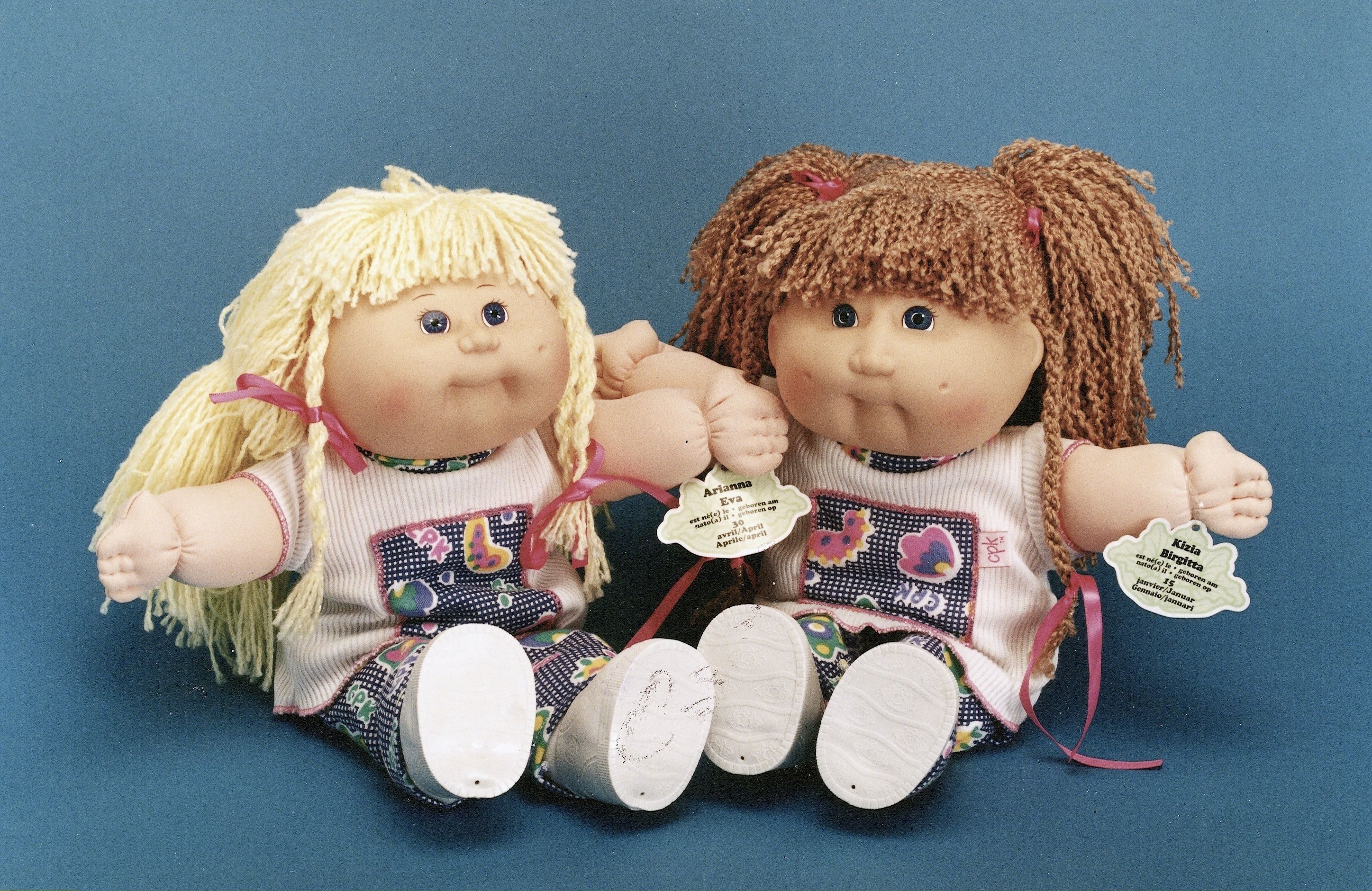 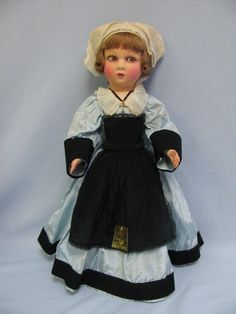 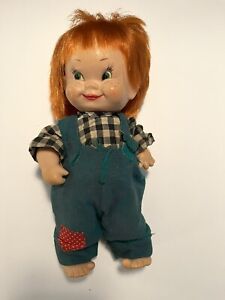 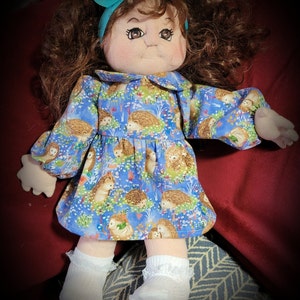