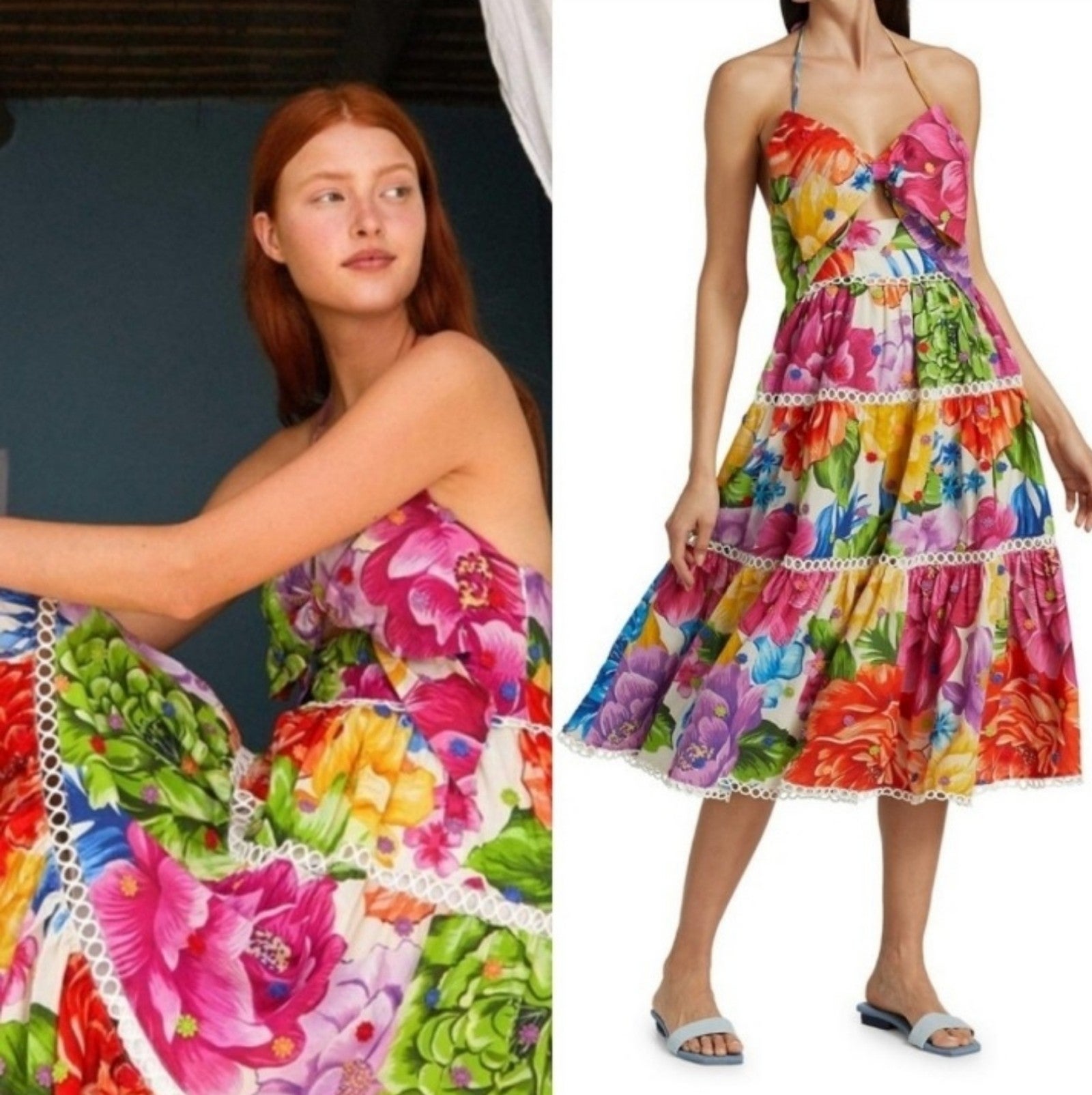 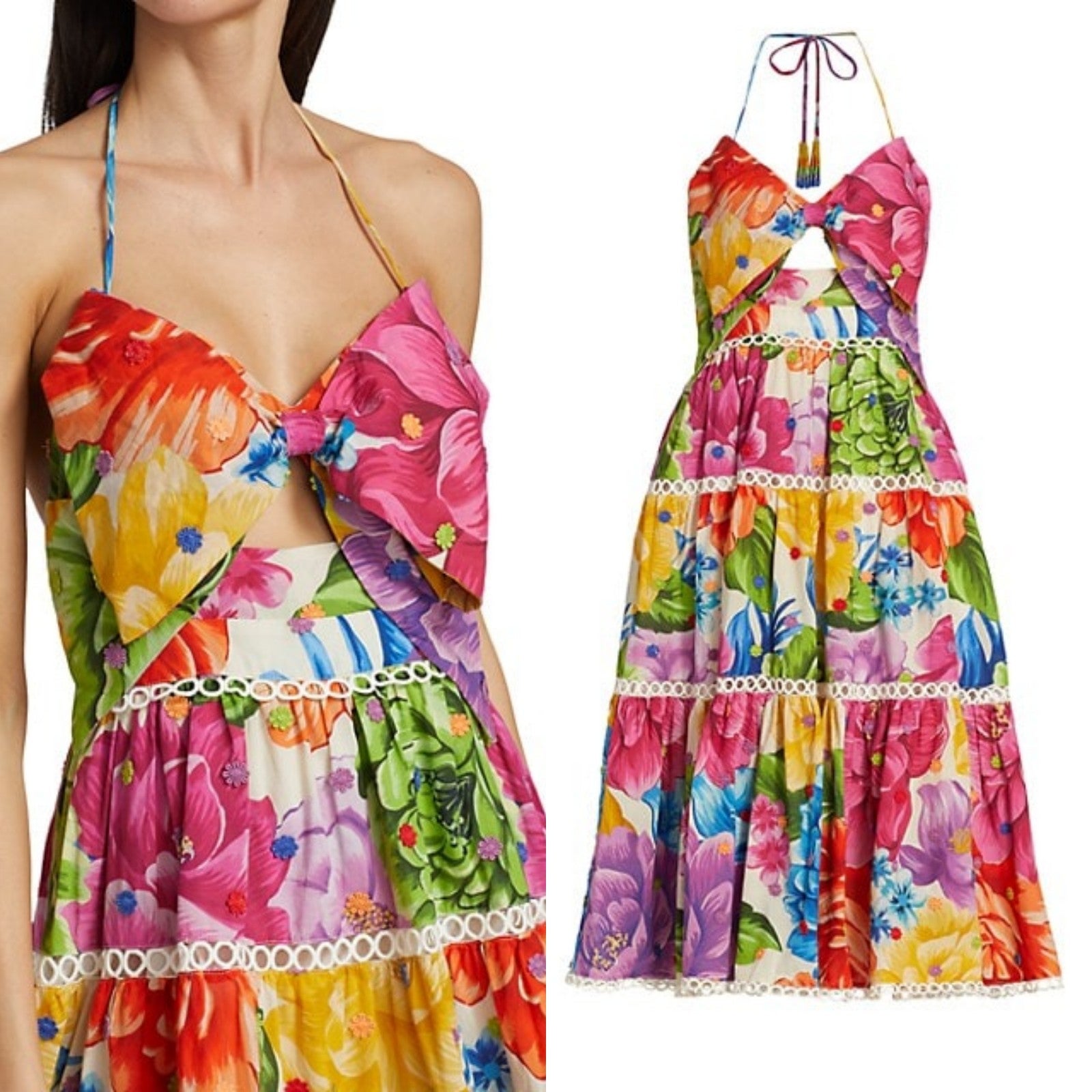 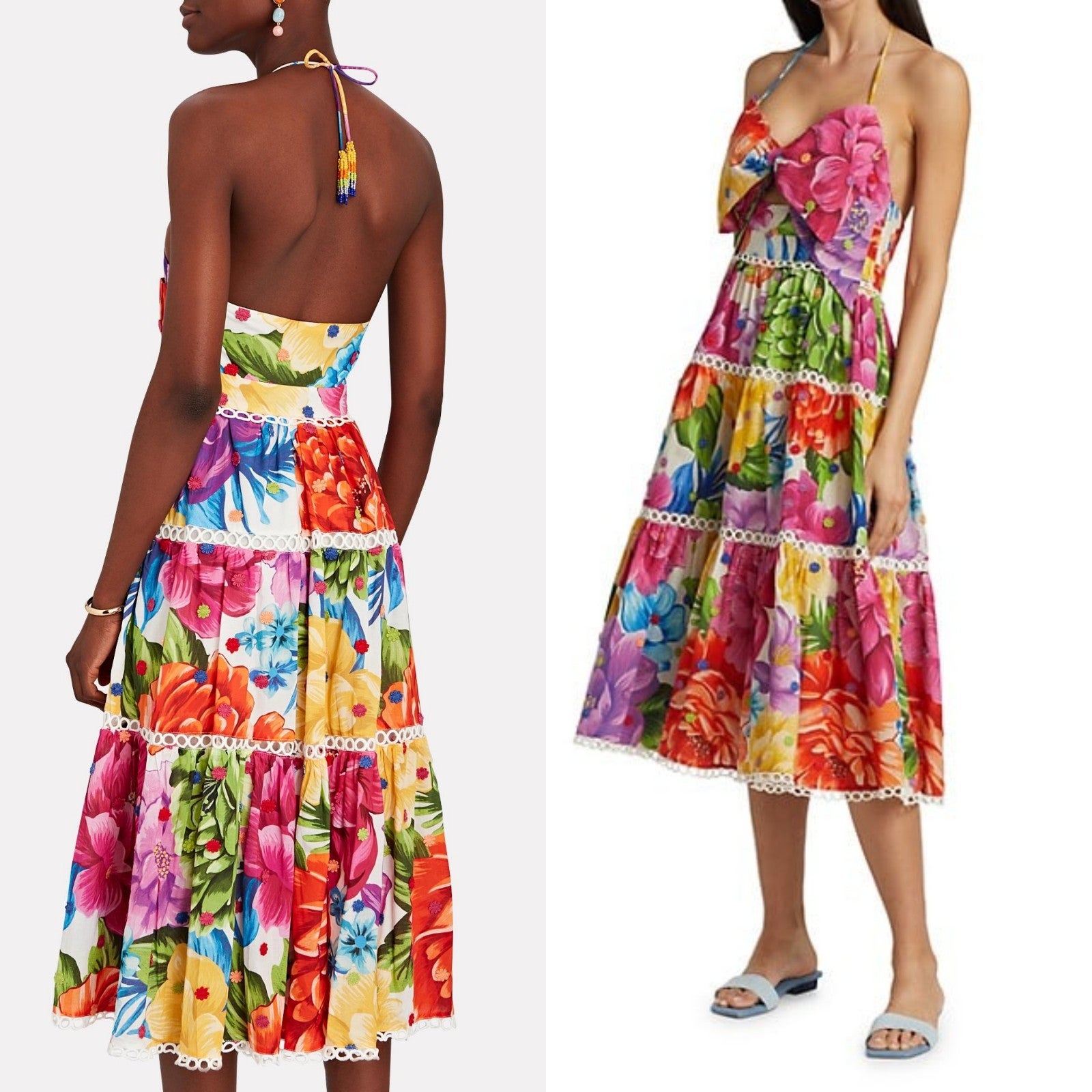 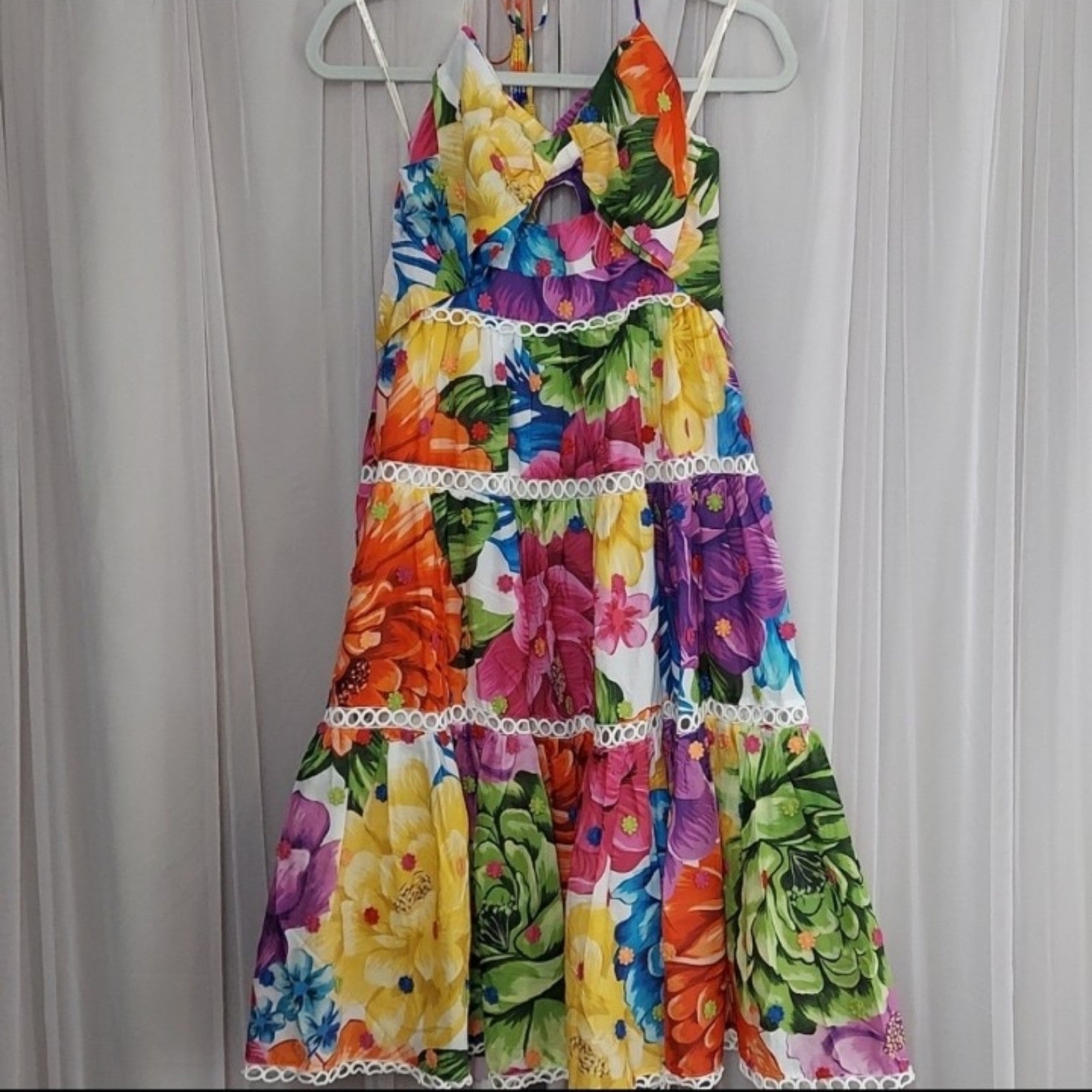 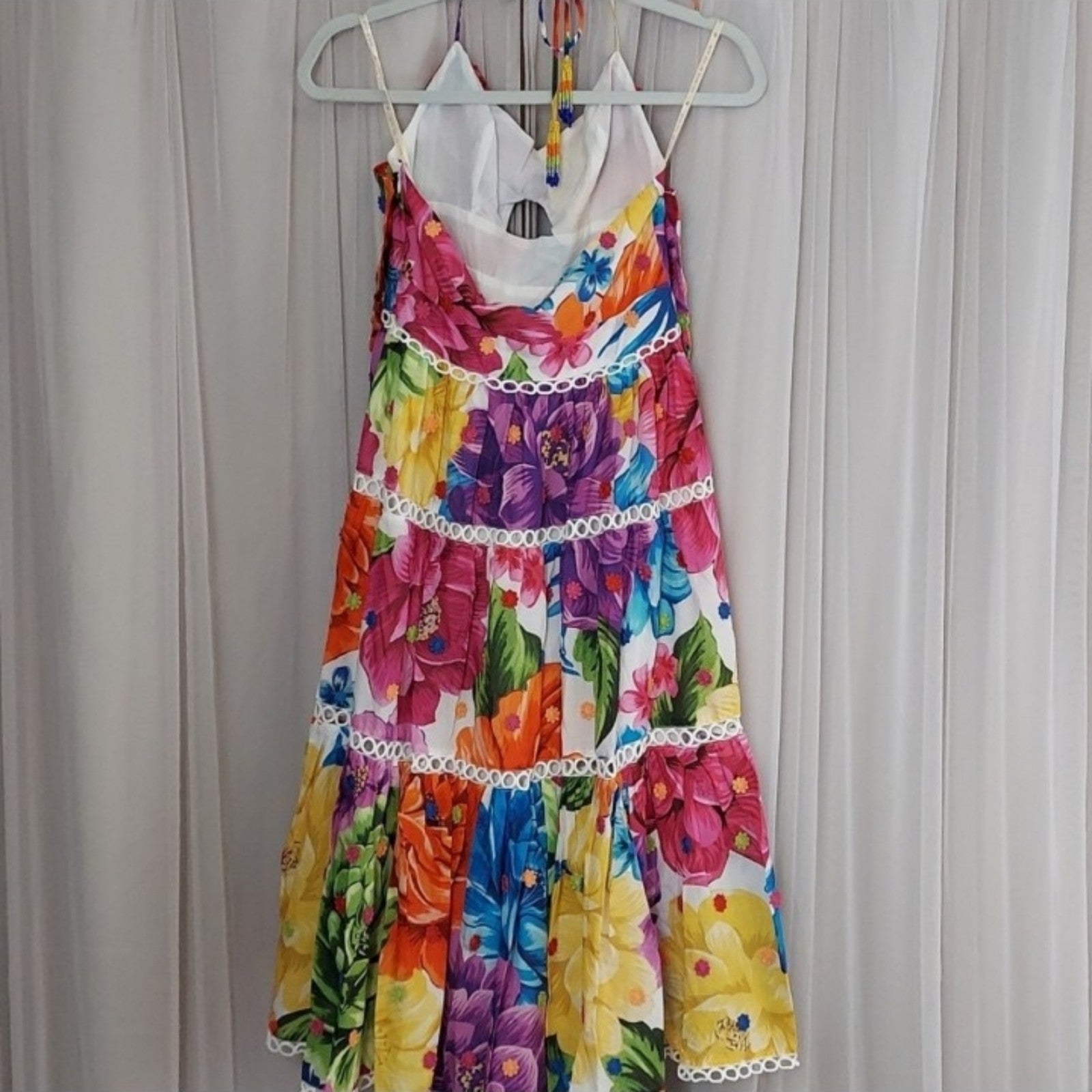 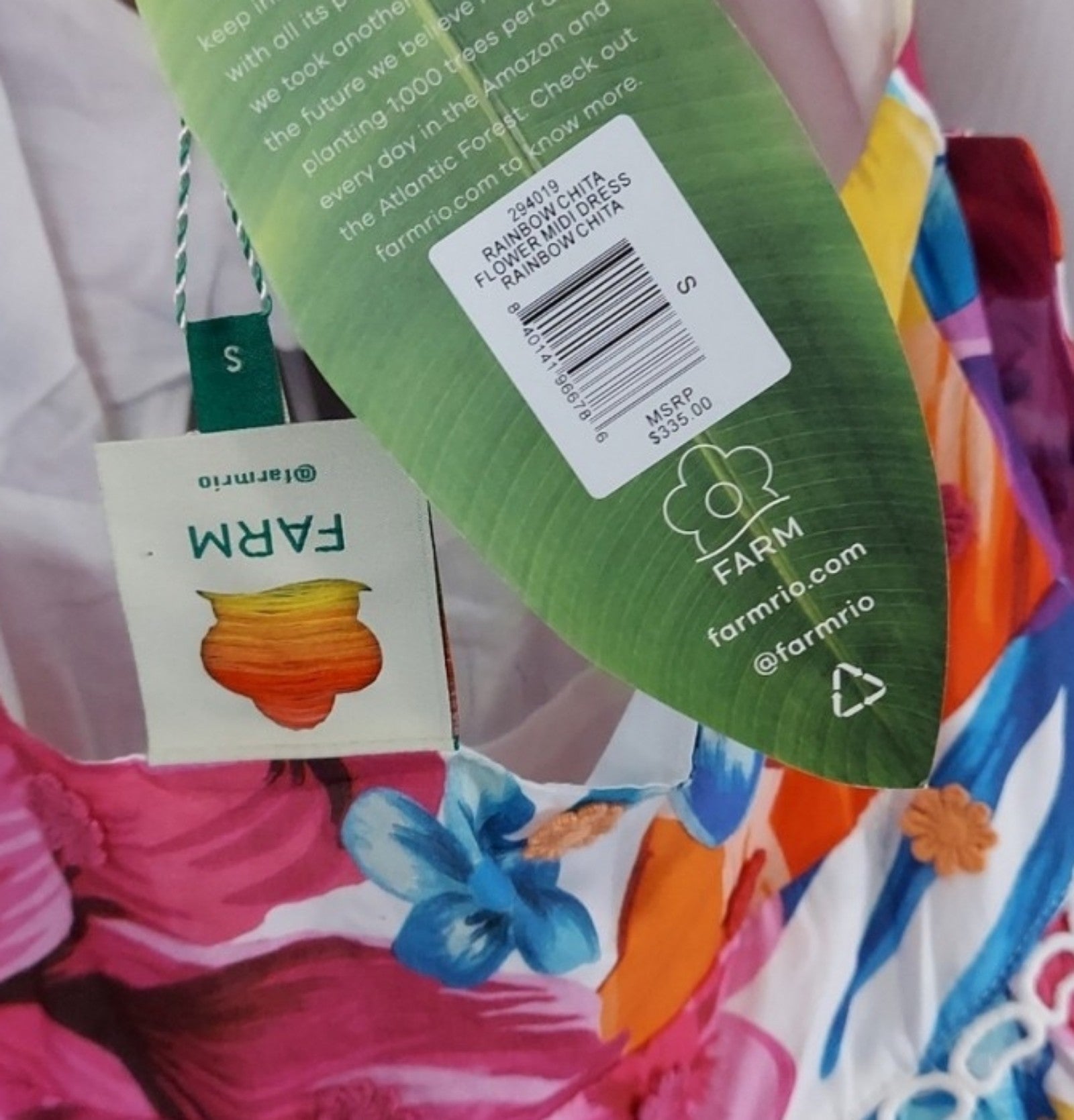 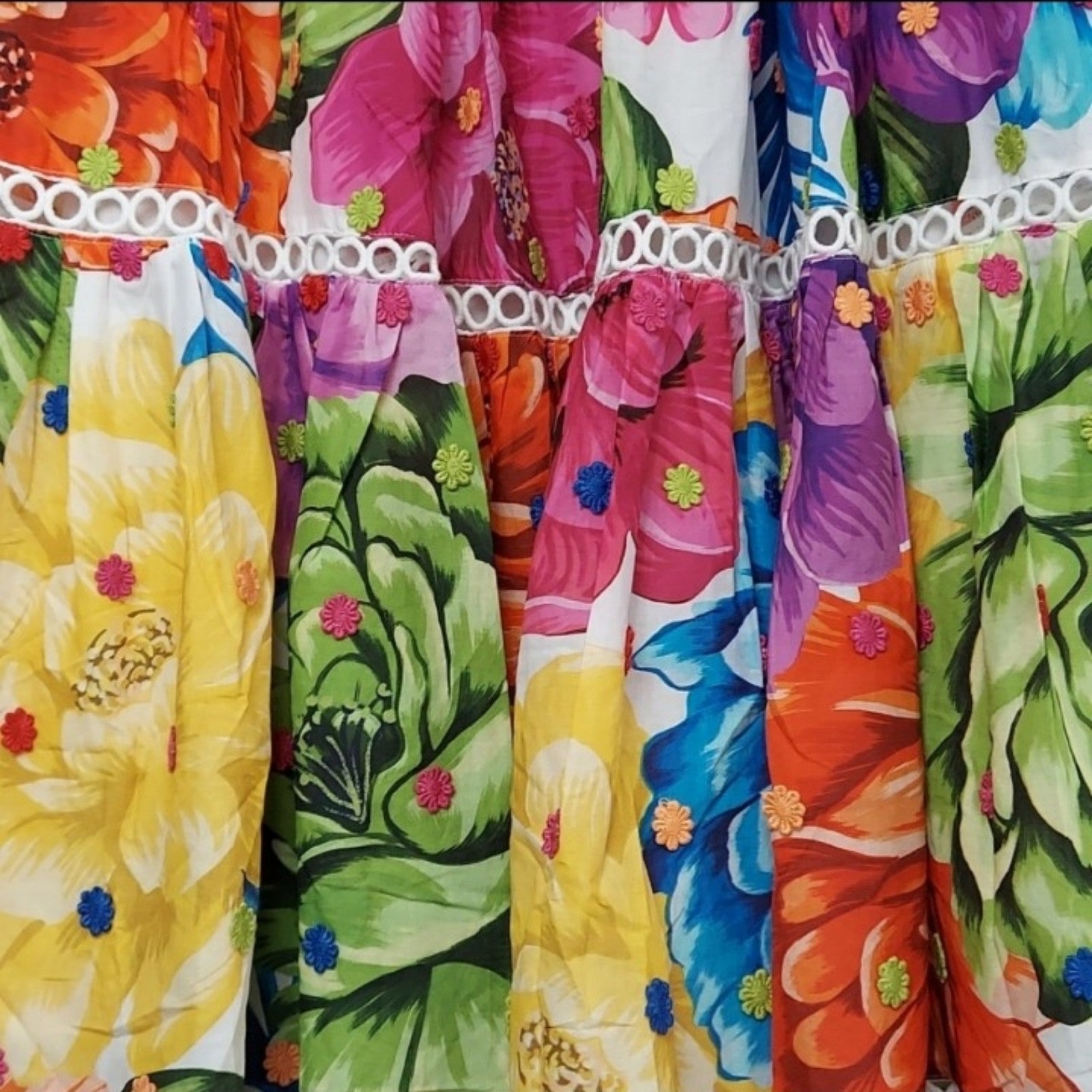 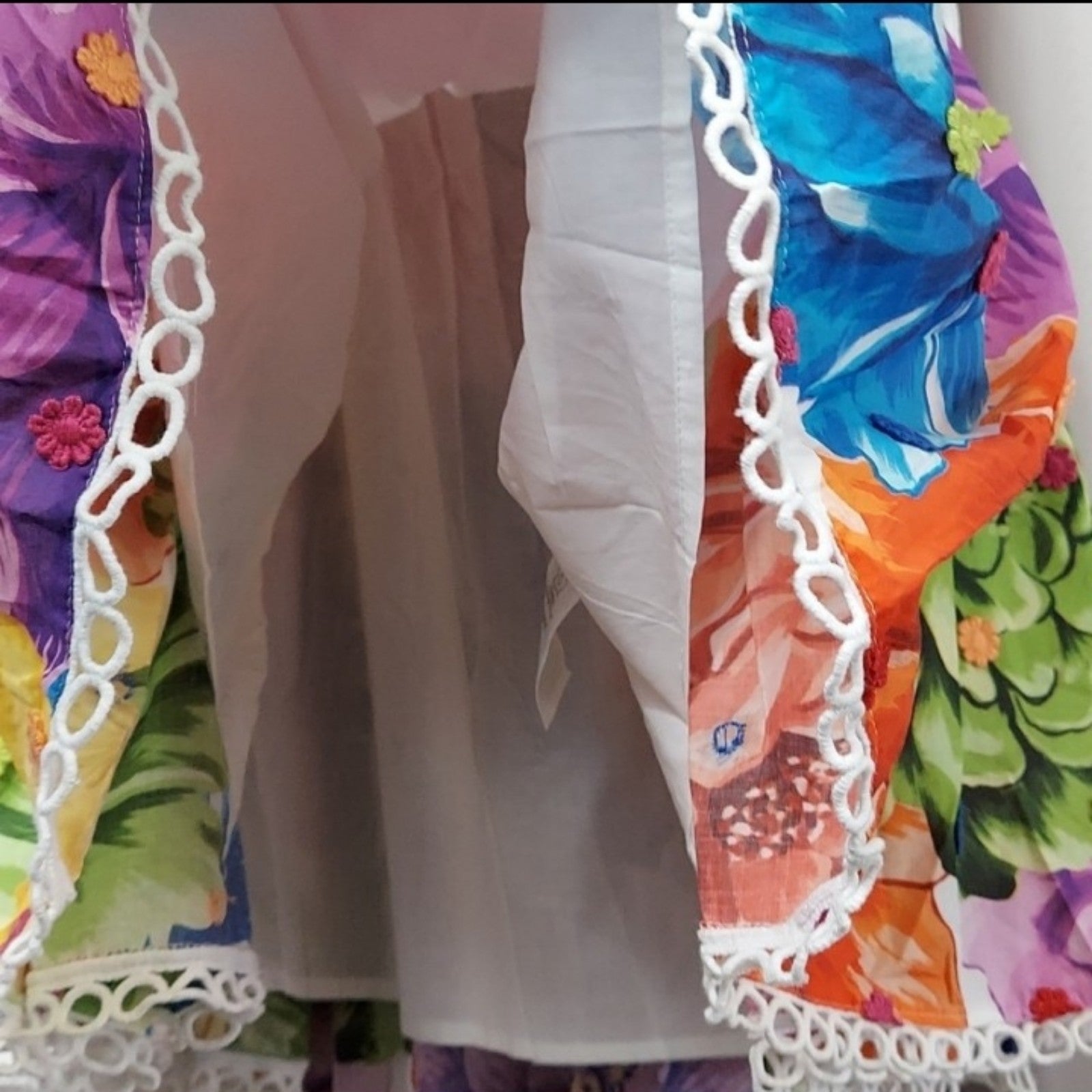 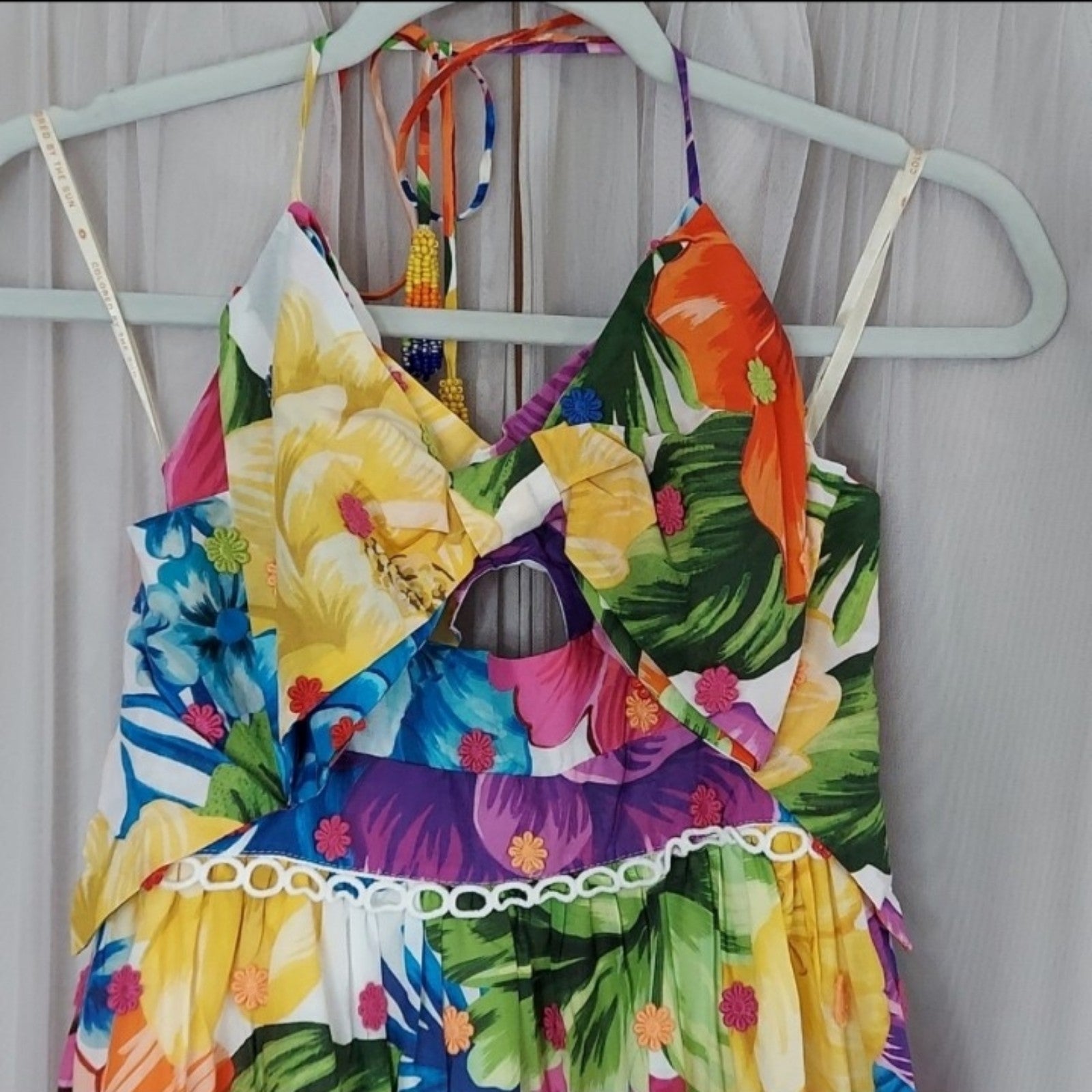 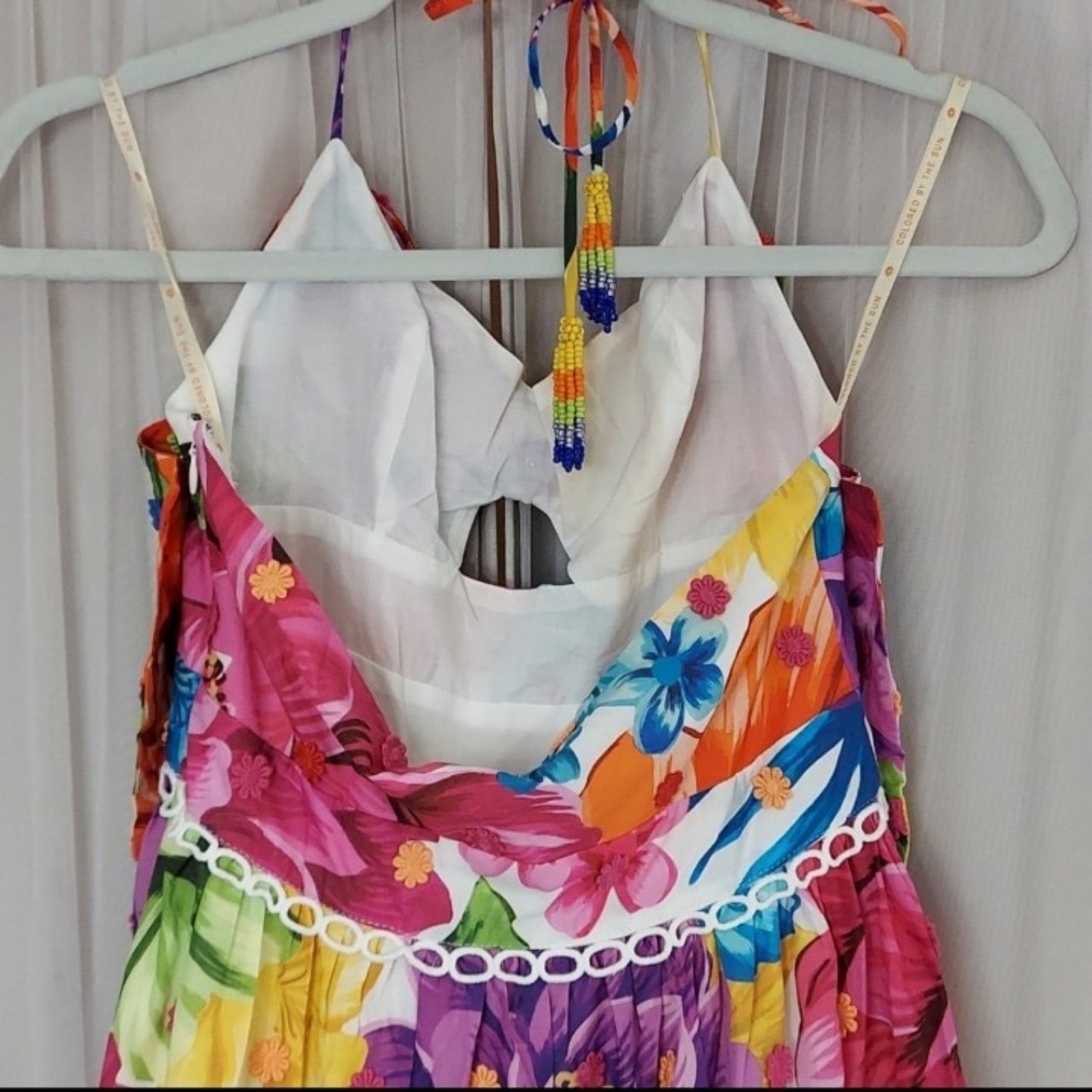 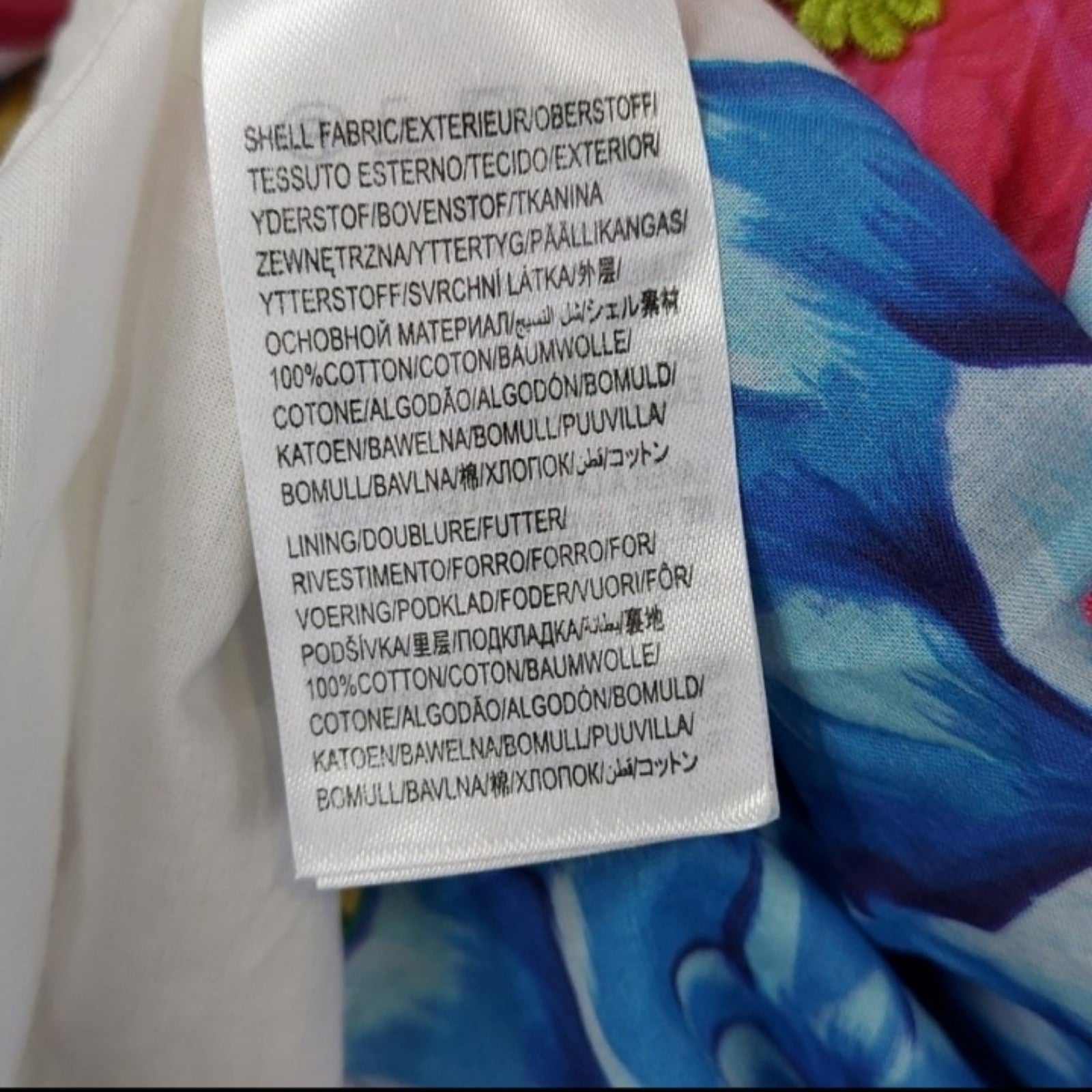 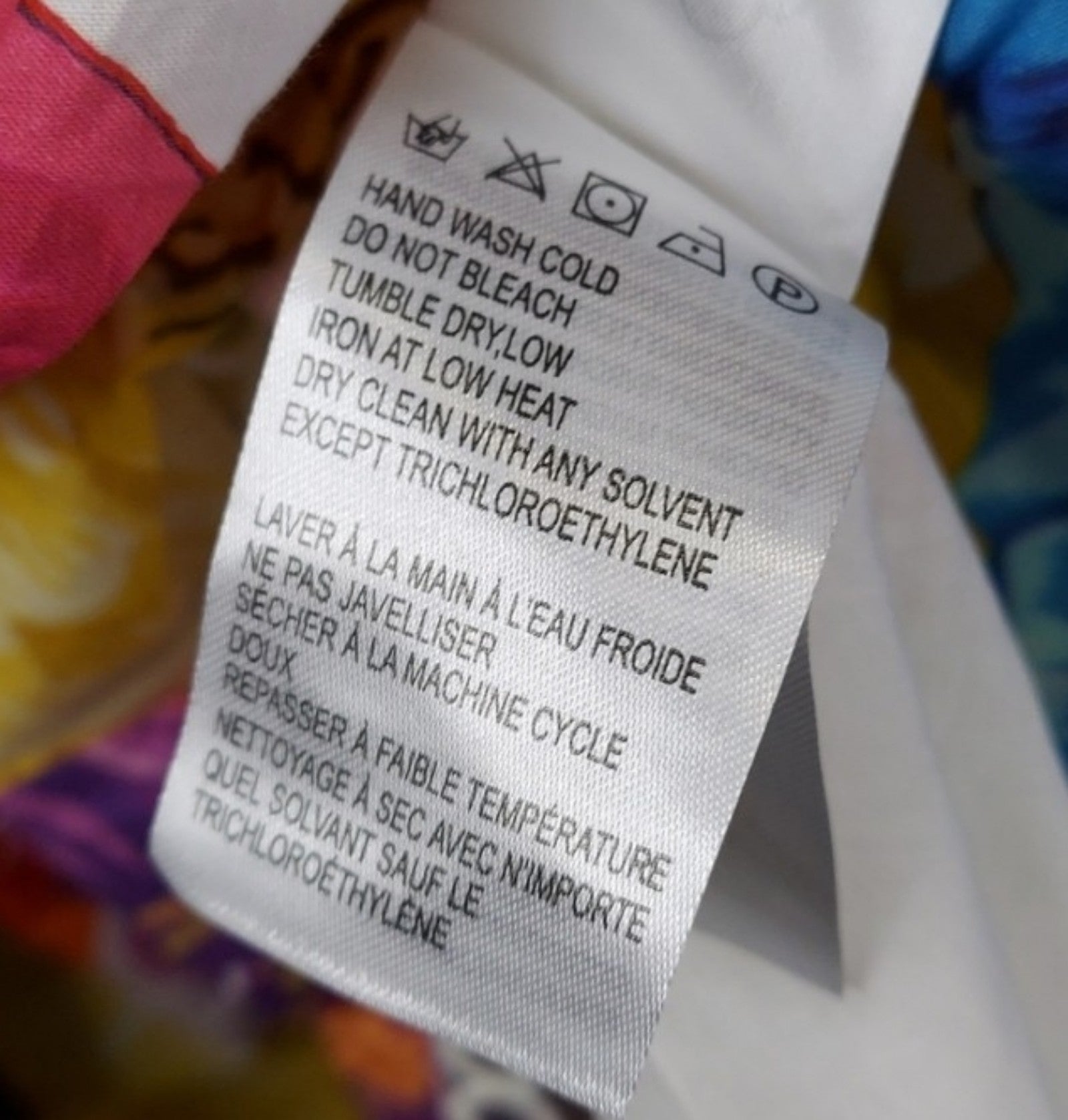 A vibrant floral dress with crochet trim, this piece is topped with a halter neckline and features a pretty bow detail with cutout bodice. 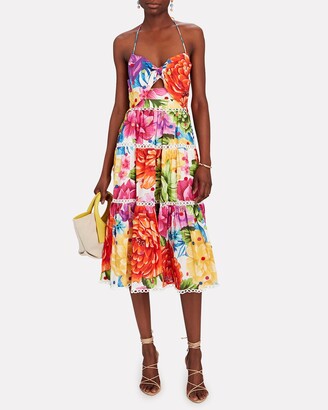 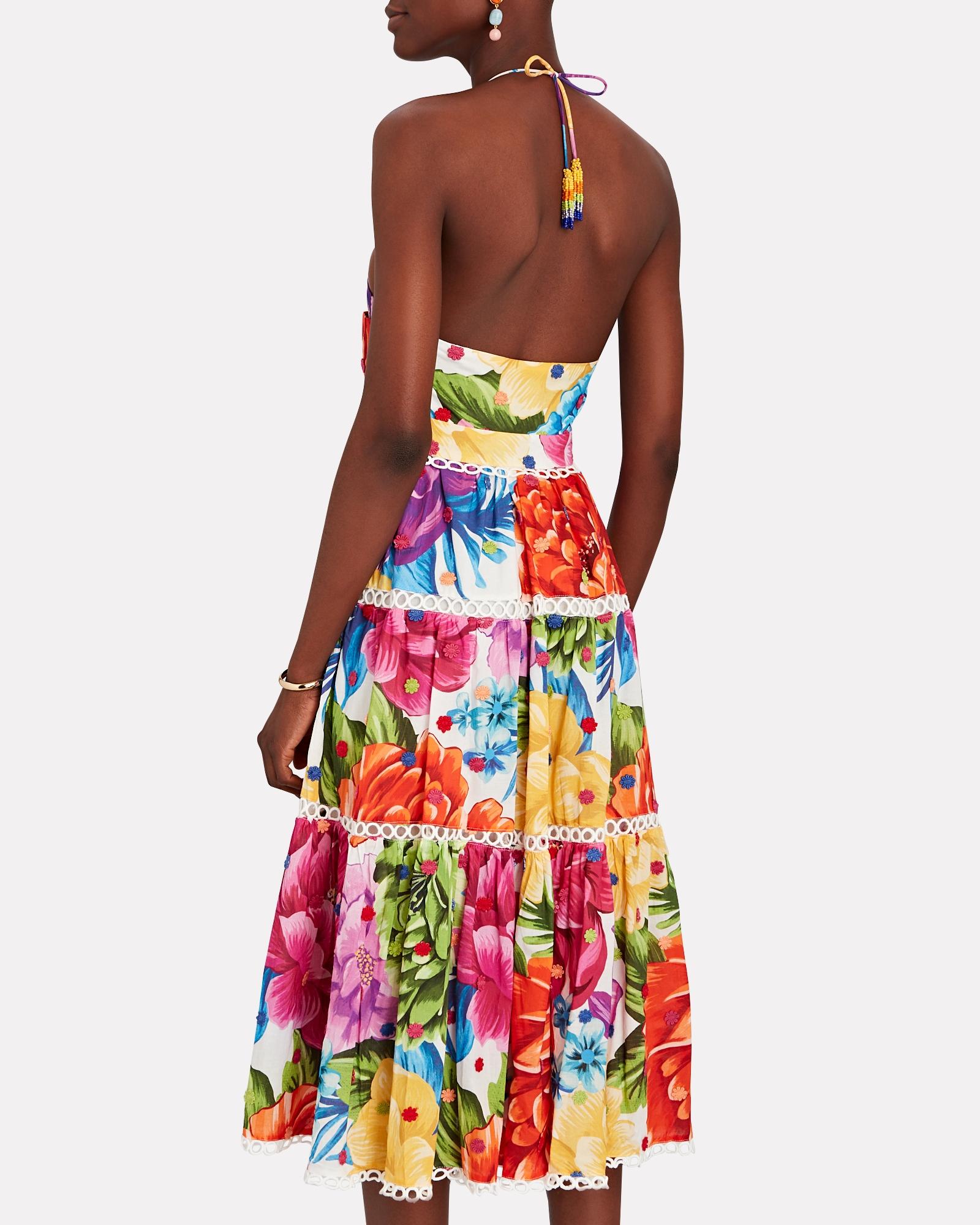 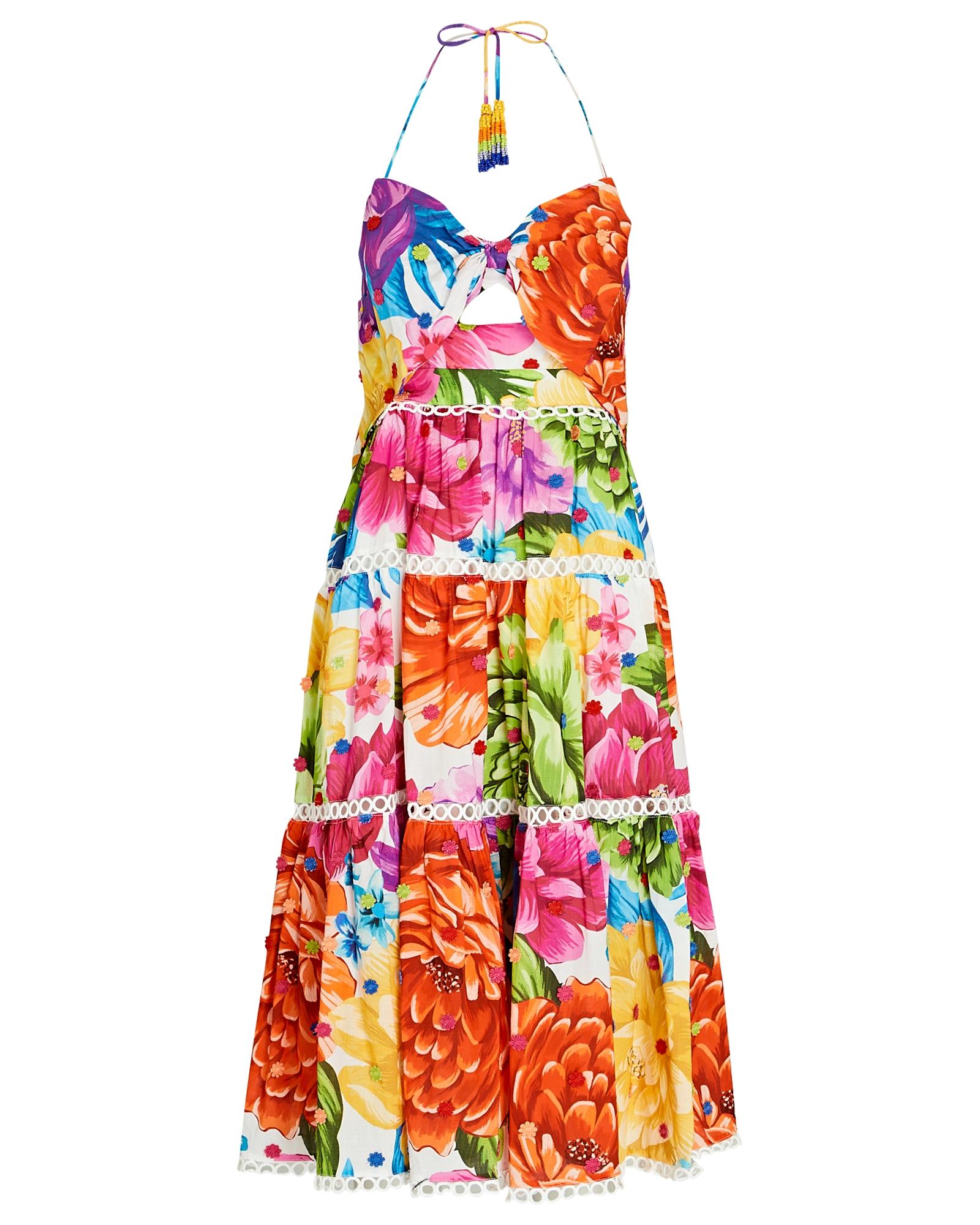 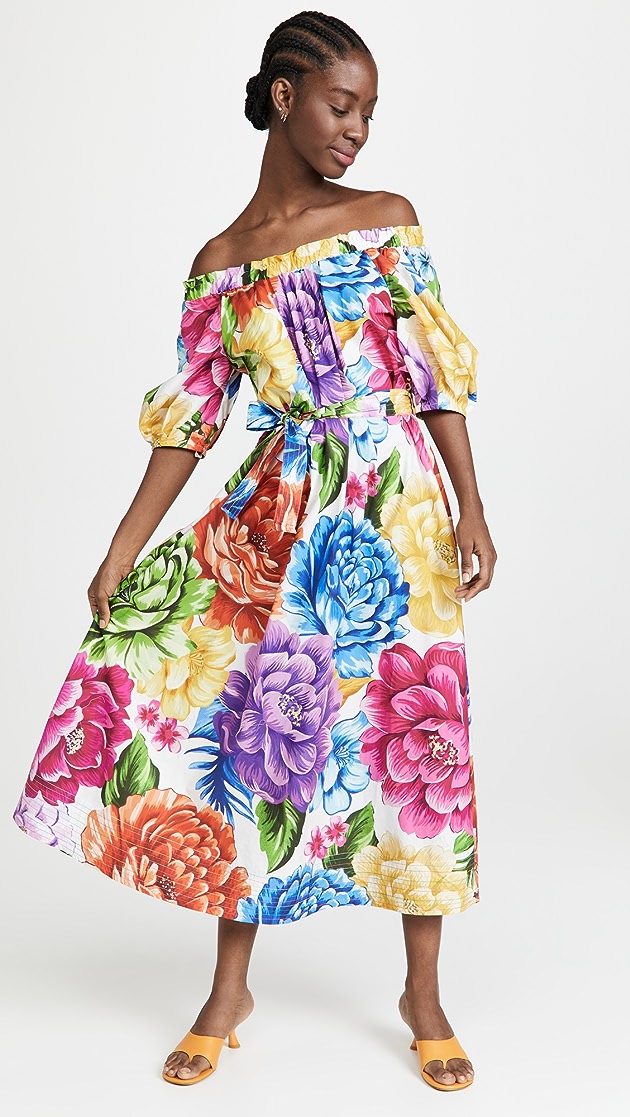 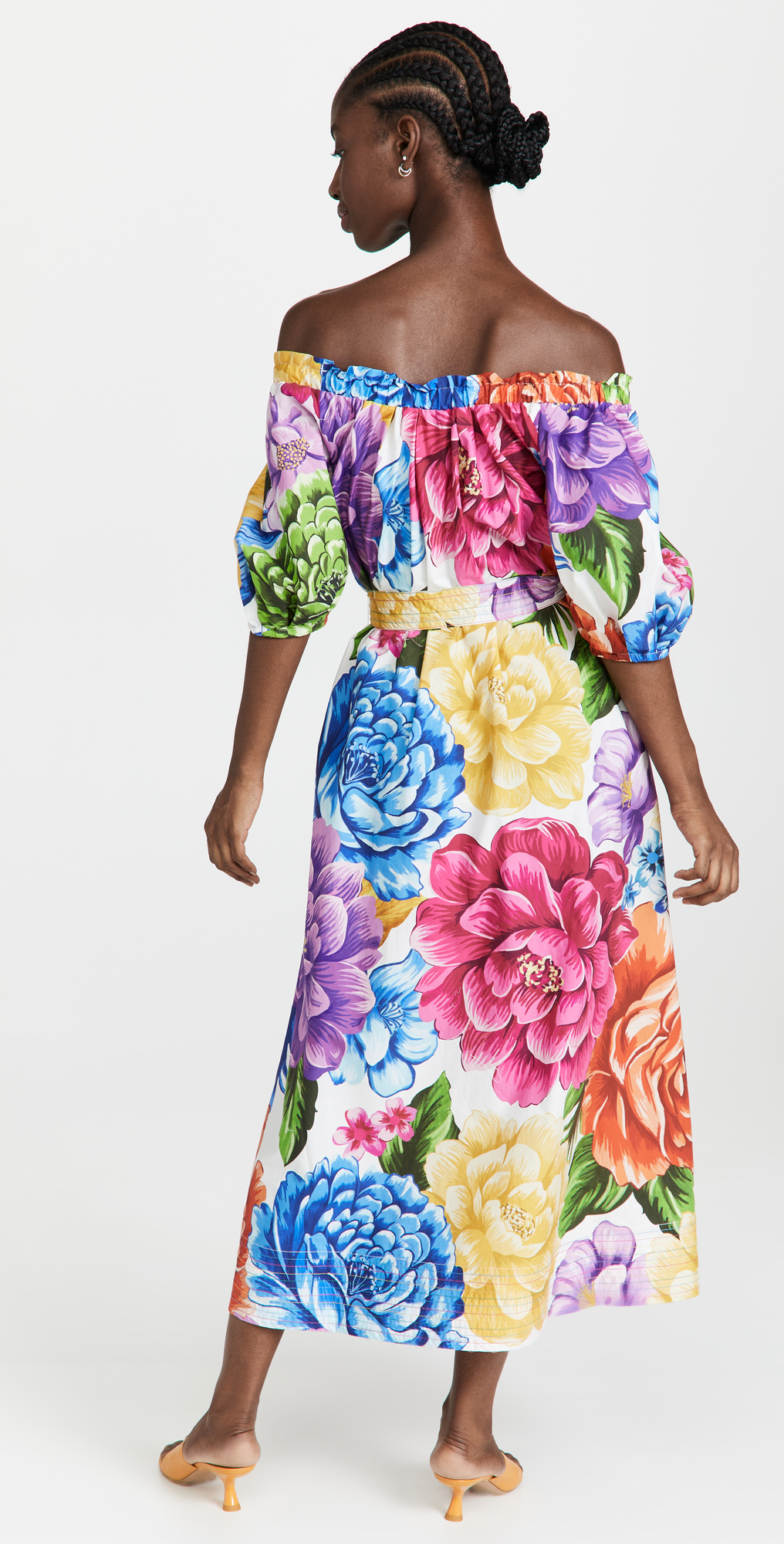 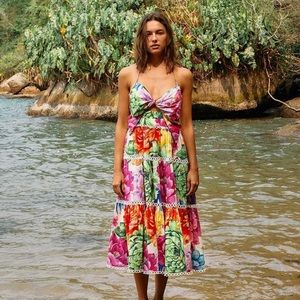 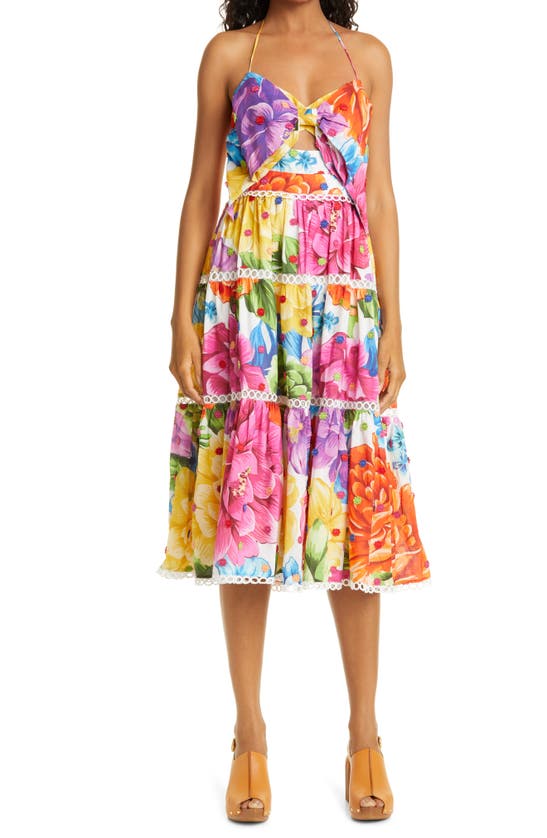 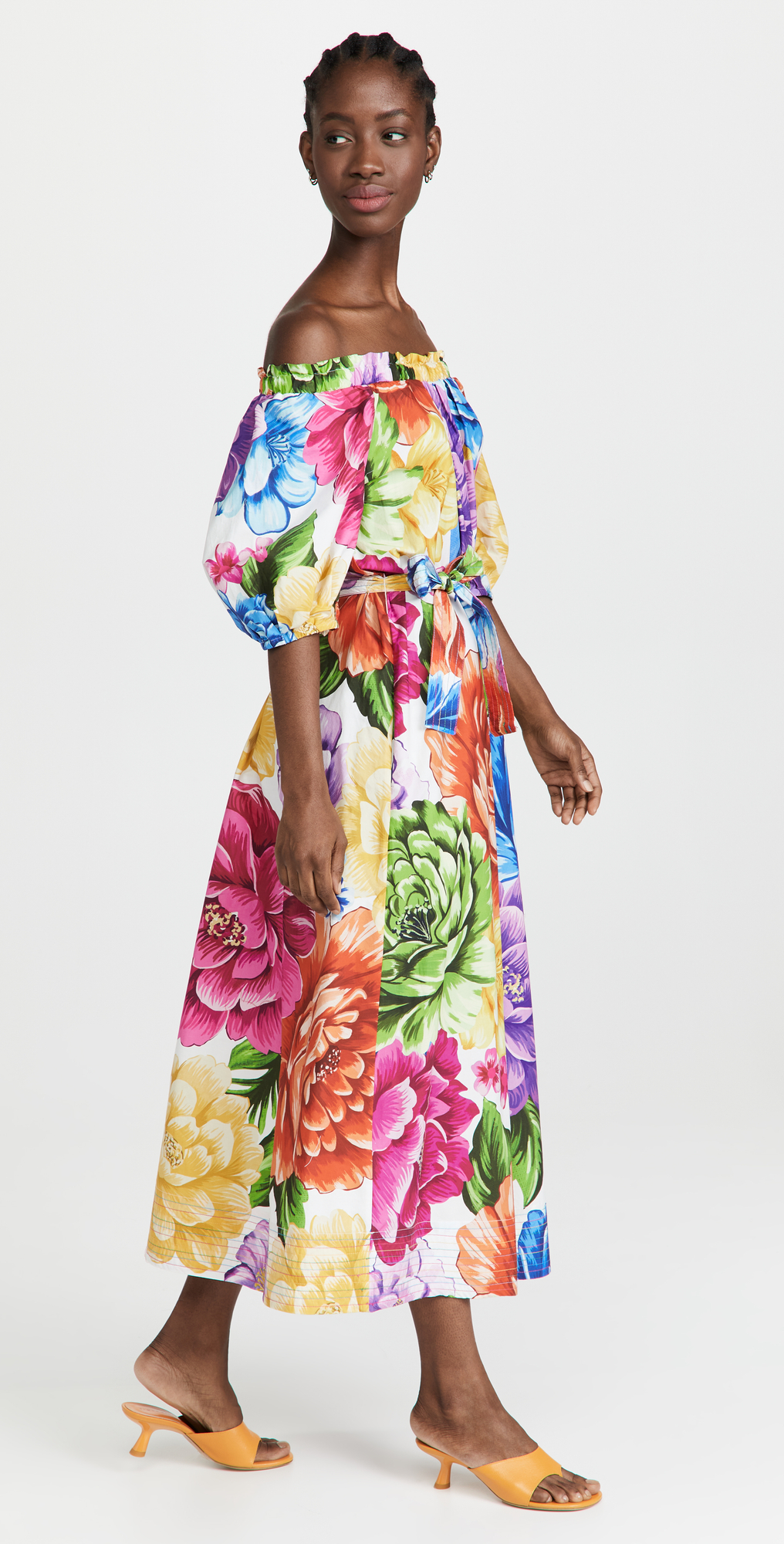 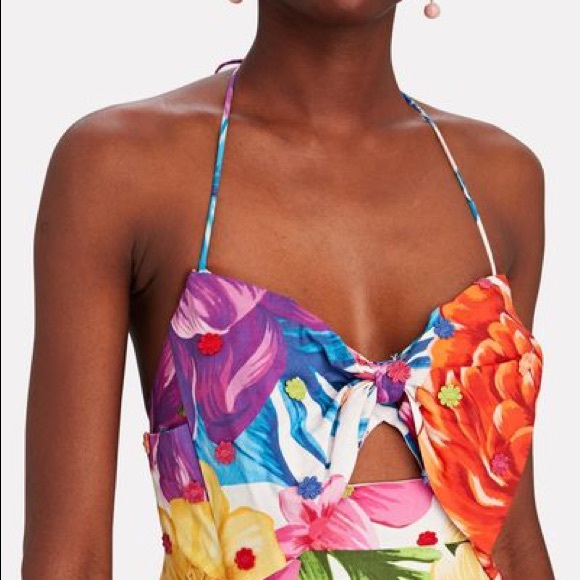 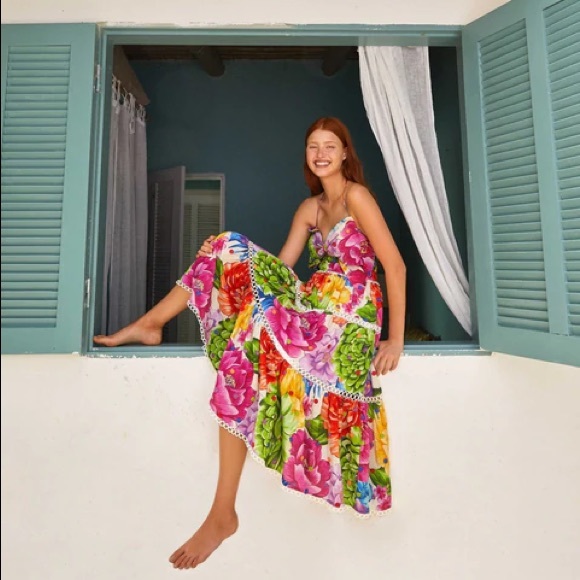 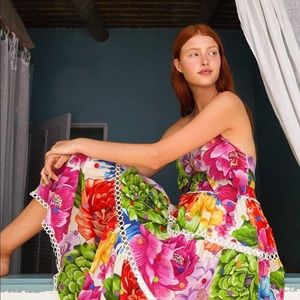