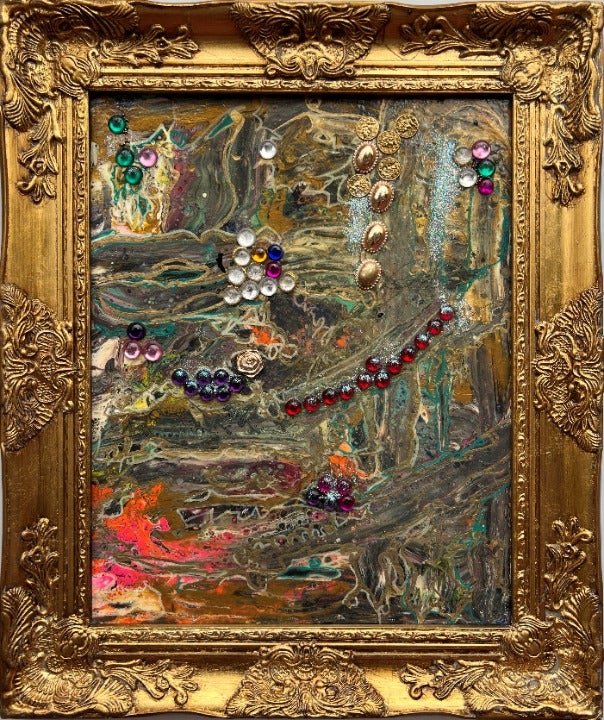 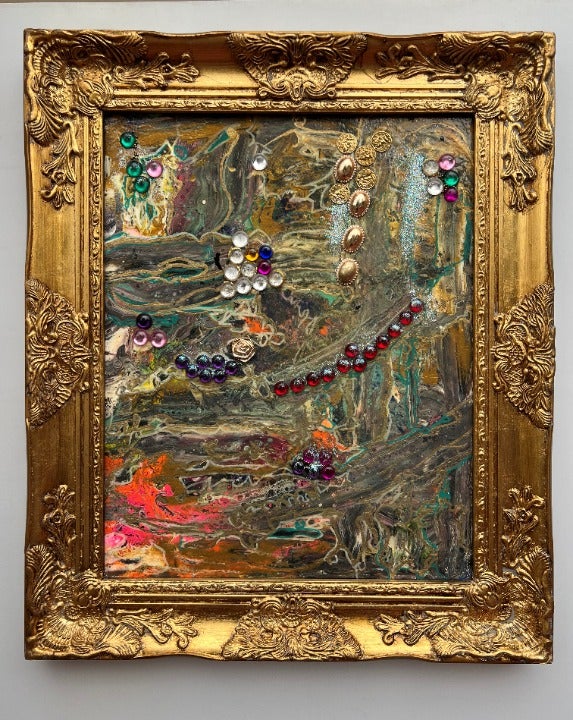 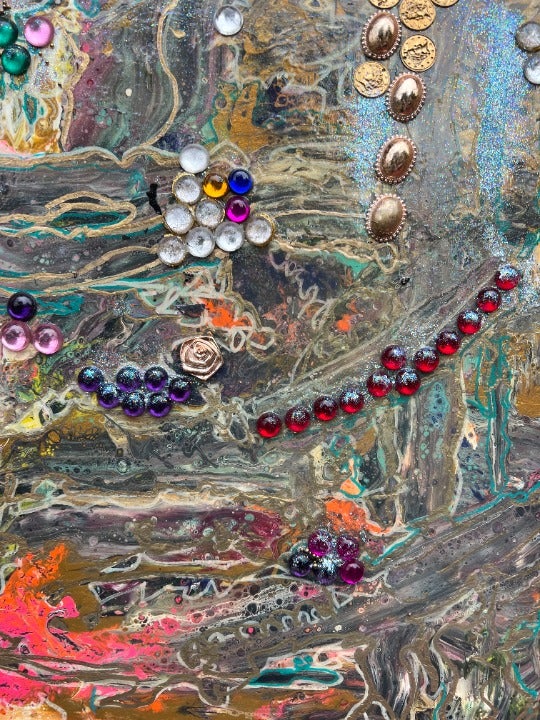 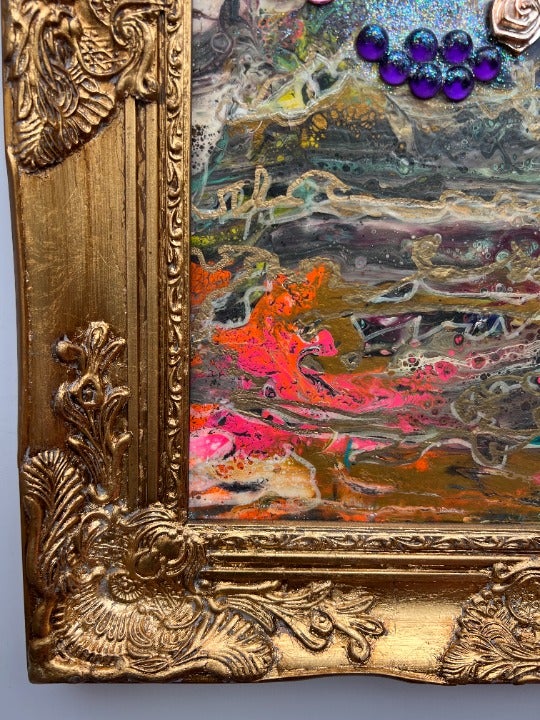 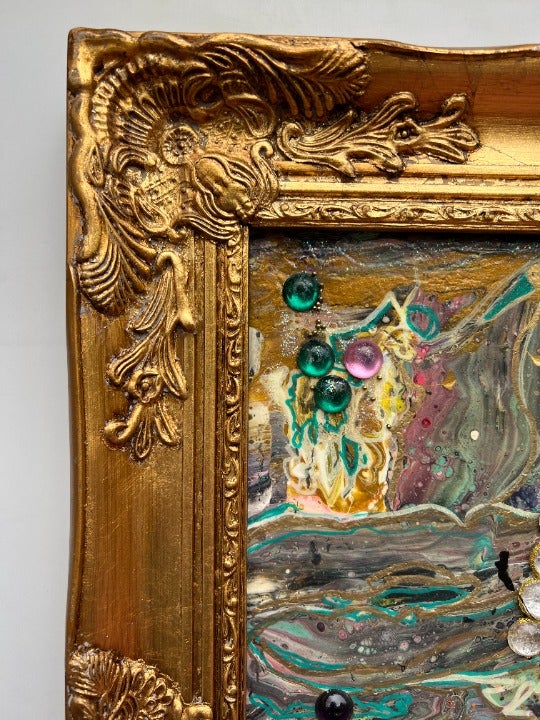 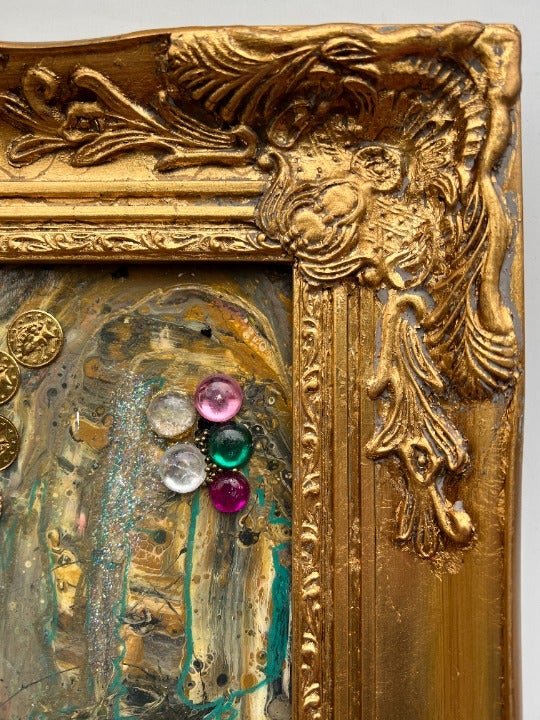 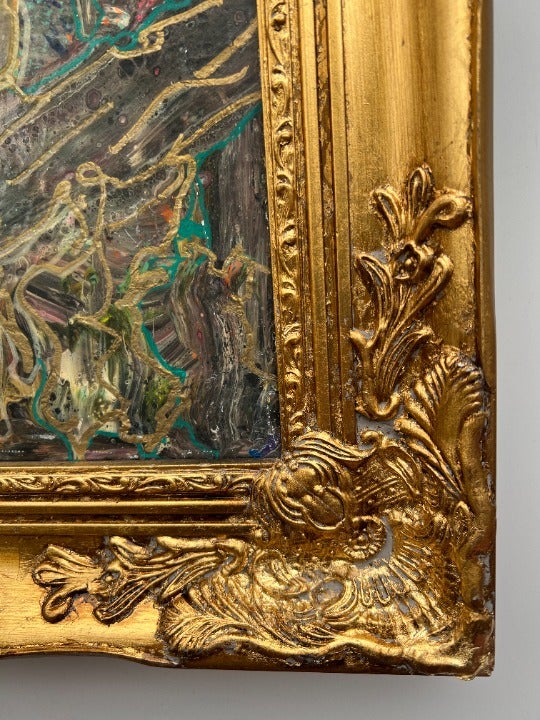 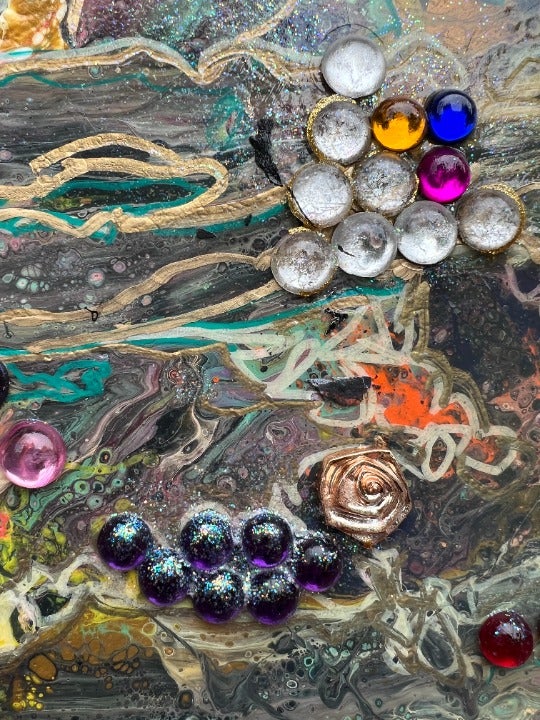 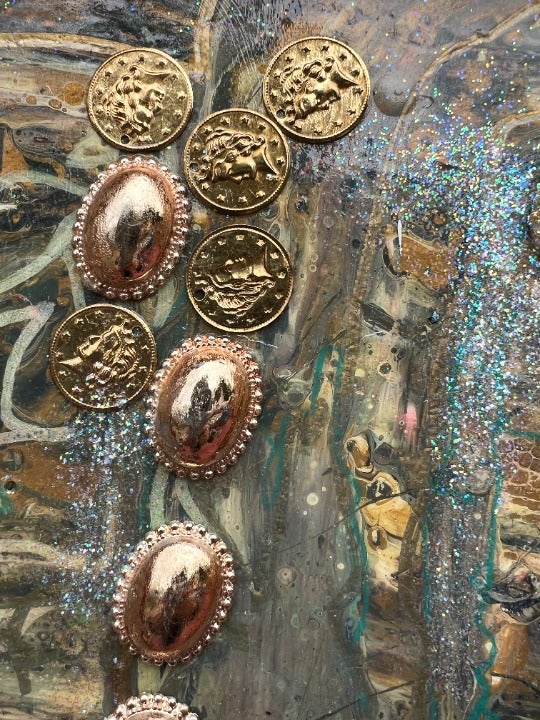 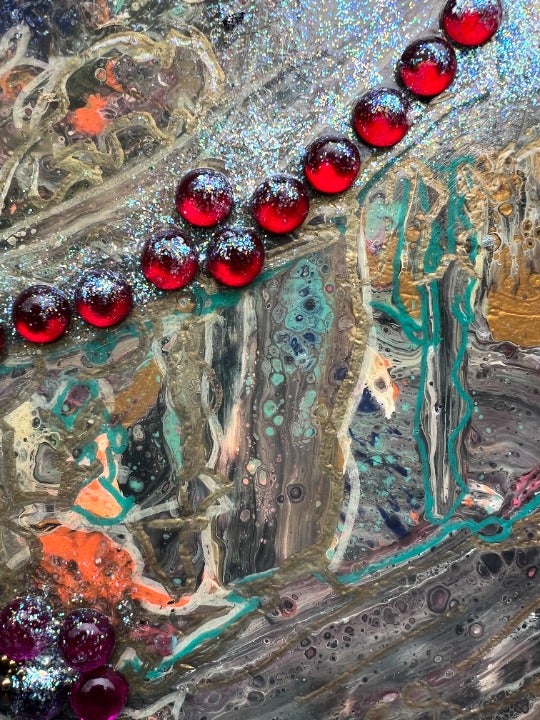 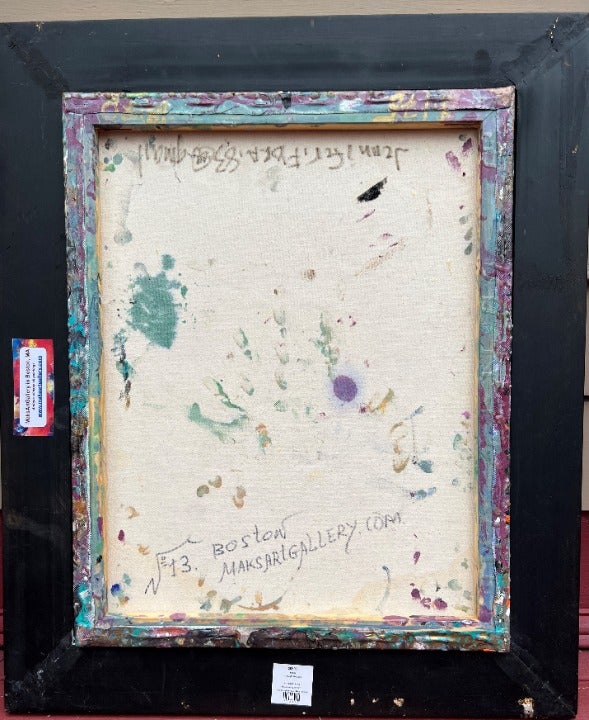 Up for sale Original Abstract Acrylic, Mixed-media Painting on canvas in a fantasy abstract style. A unique technique, decorated with various elements, very colorful. An unusual combination of colors, a flow from sharp to soft shapes and a unique vision of the author make this abstract painting impressive. Overall a painting that will easily breathe life and color into any Office, Hotel Lobby, House.

The painting is in good condition. Nicely framed. 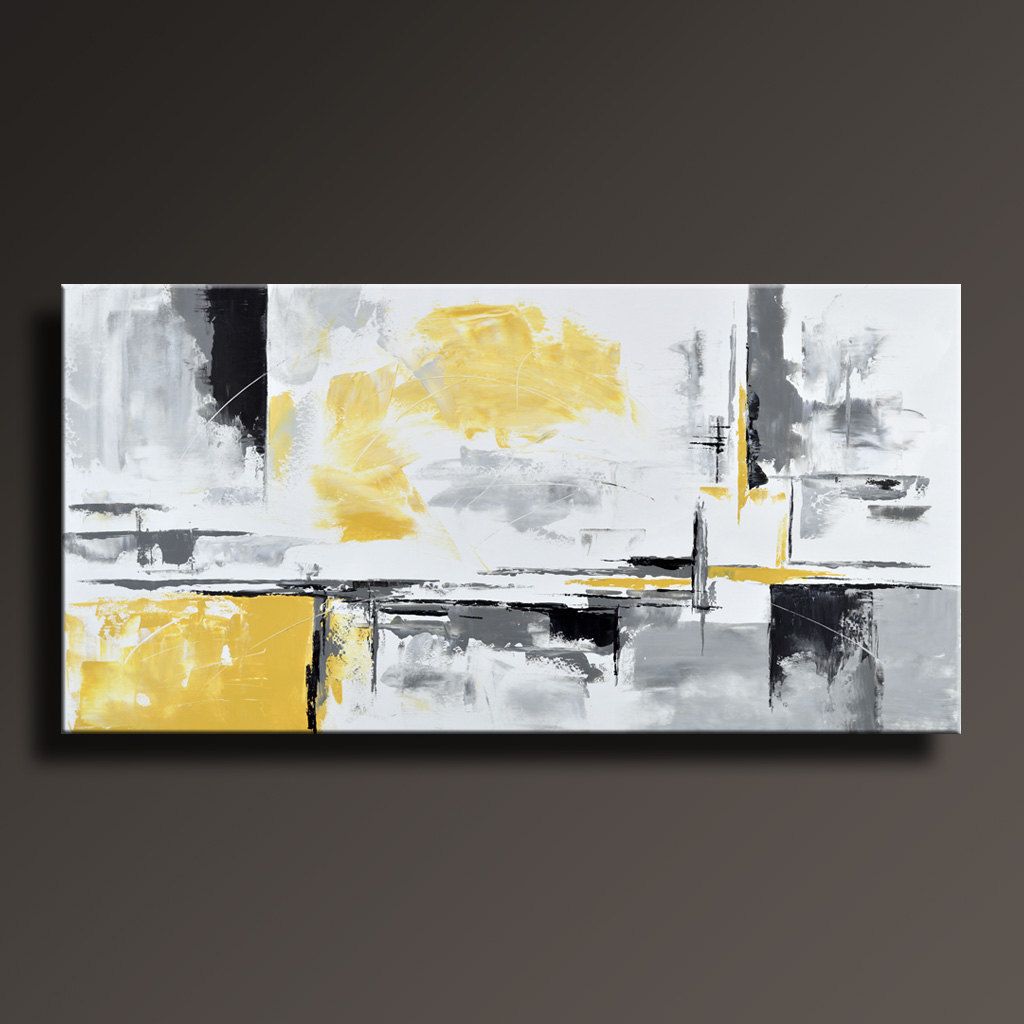 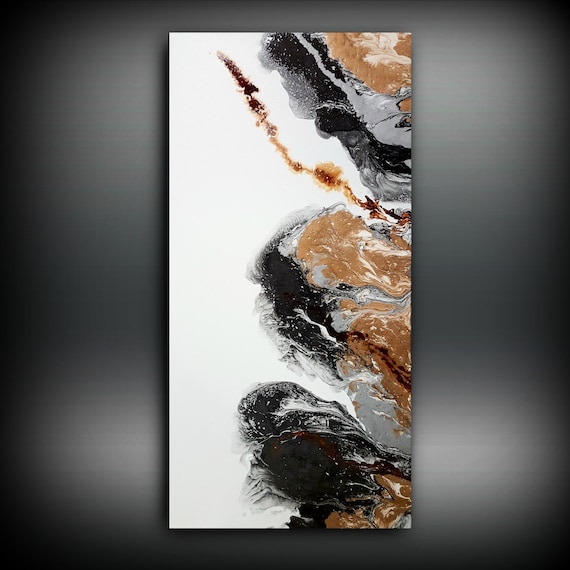 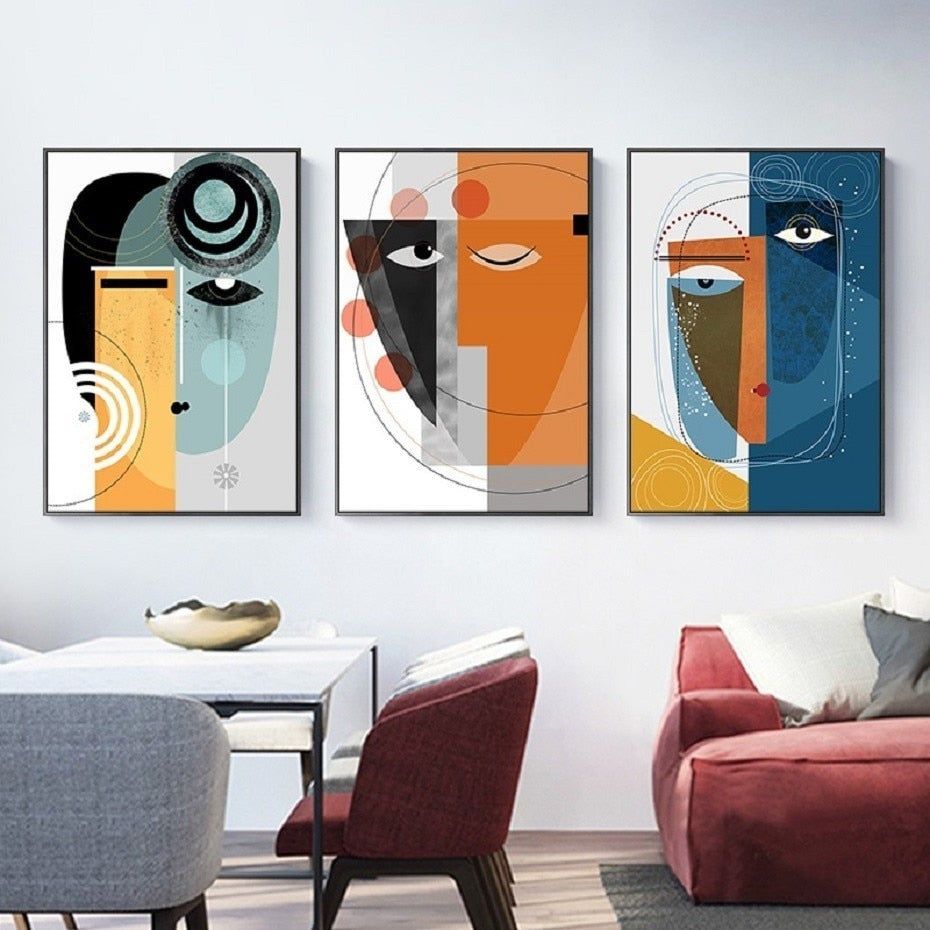 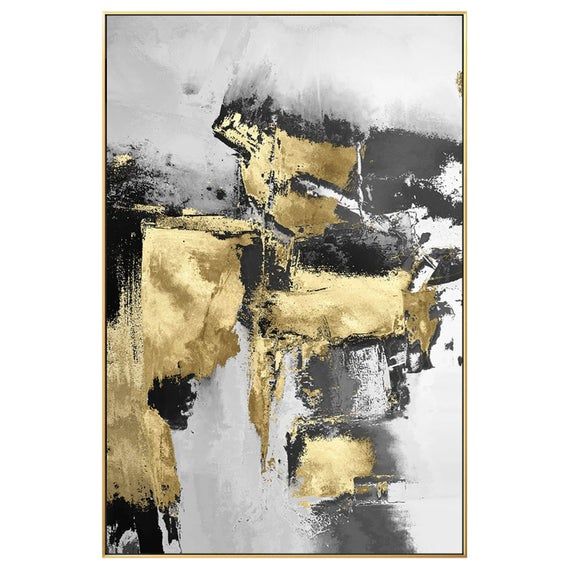 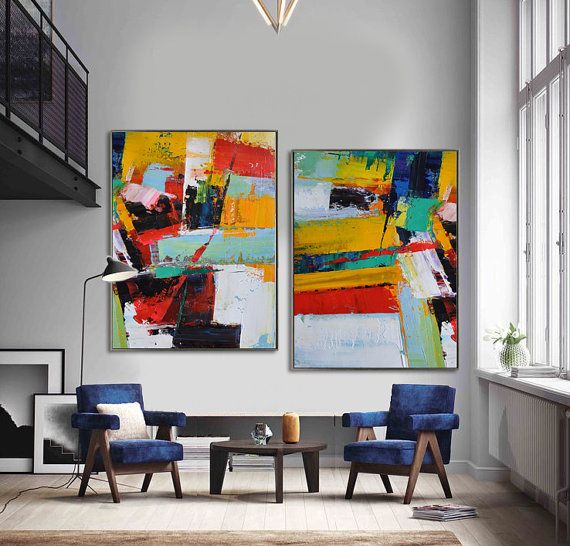 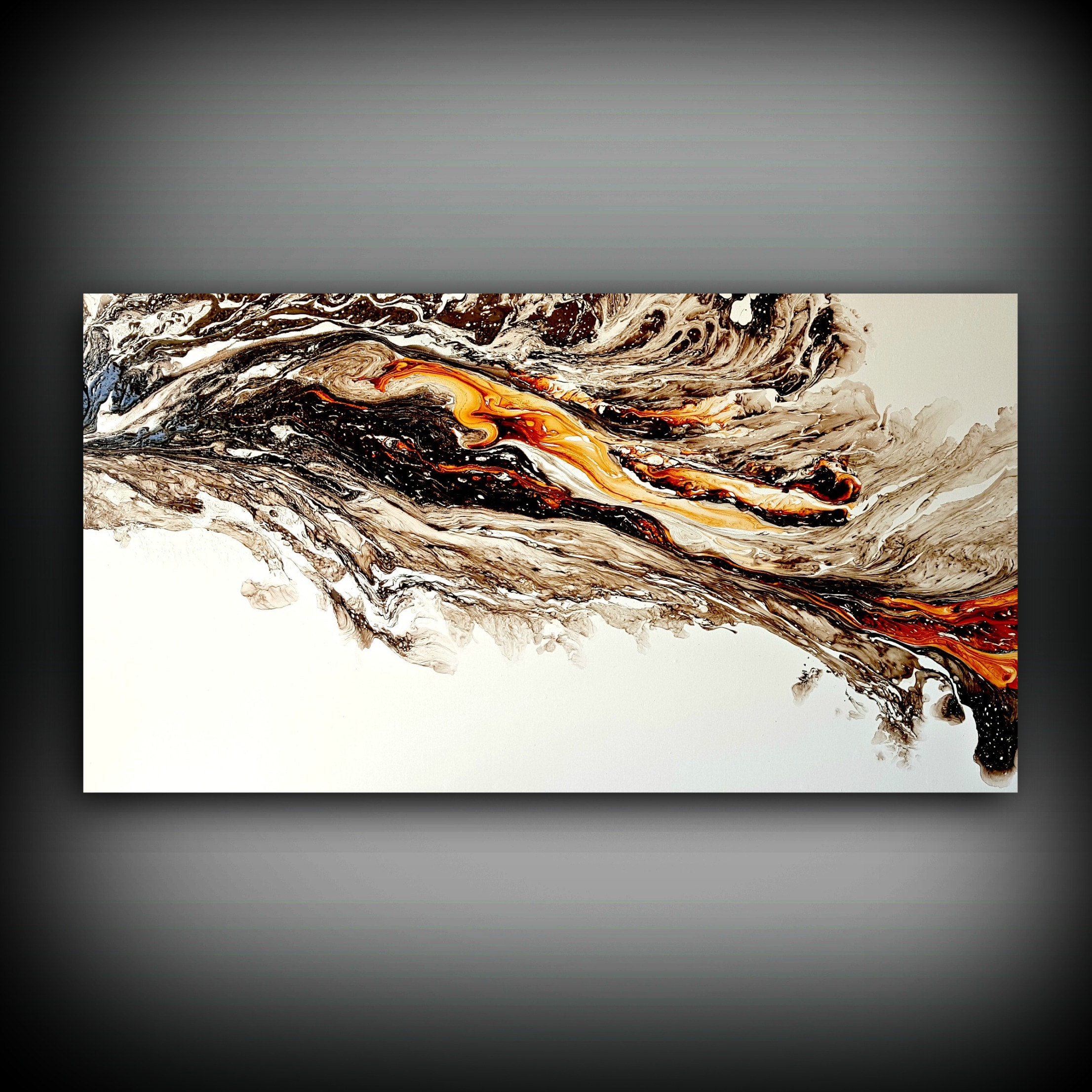 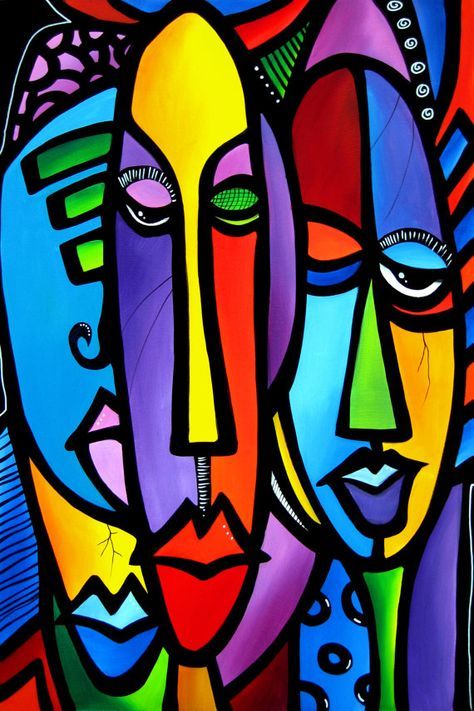 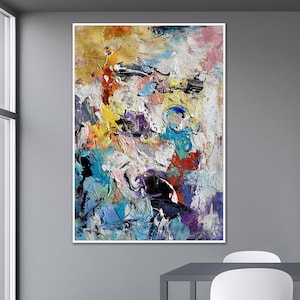 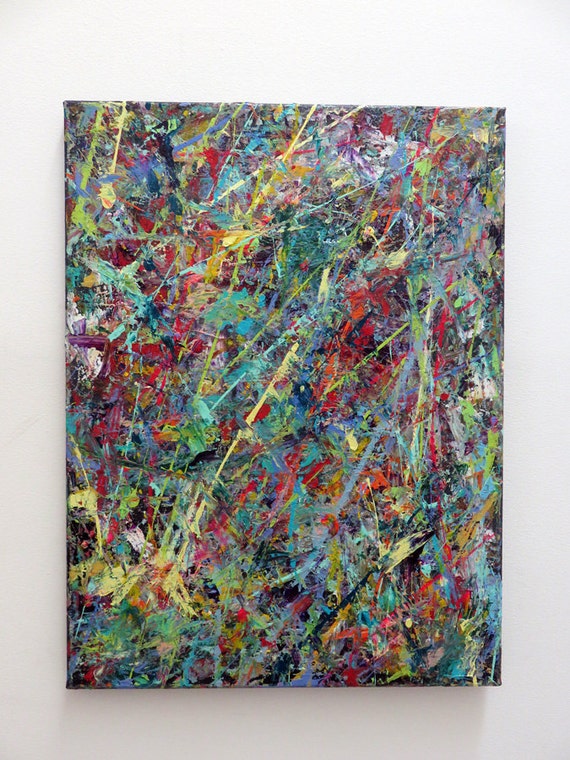 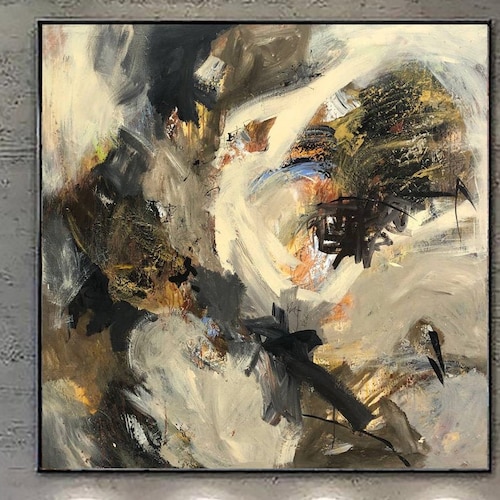 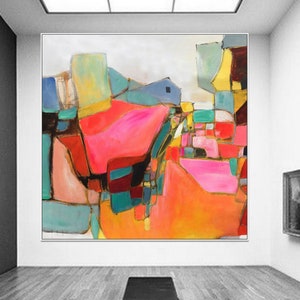 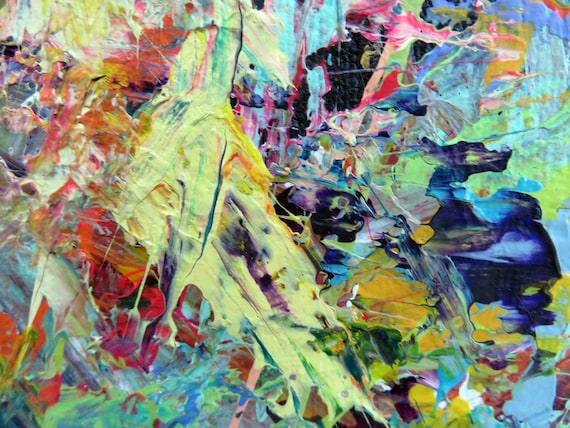 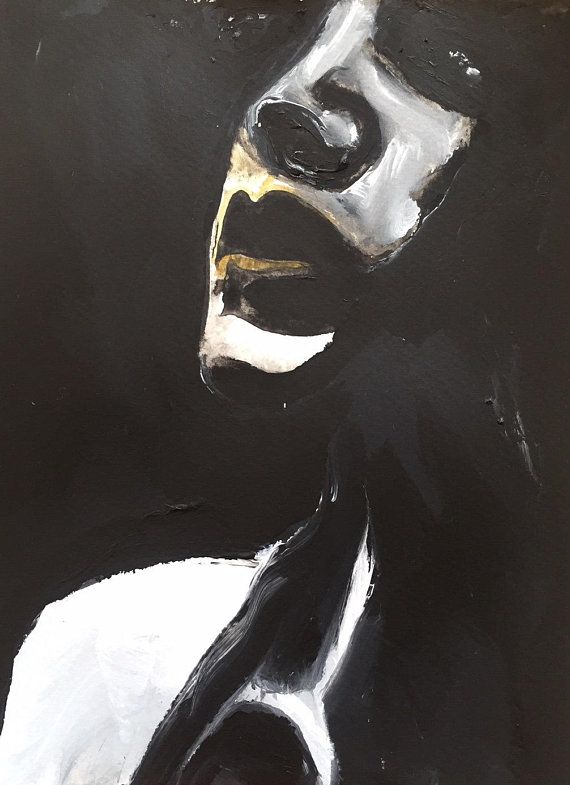 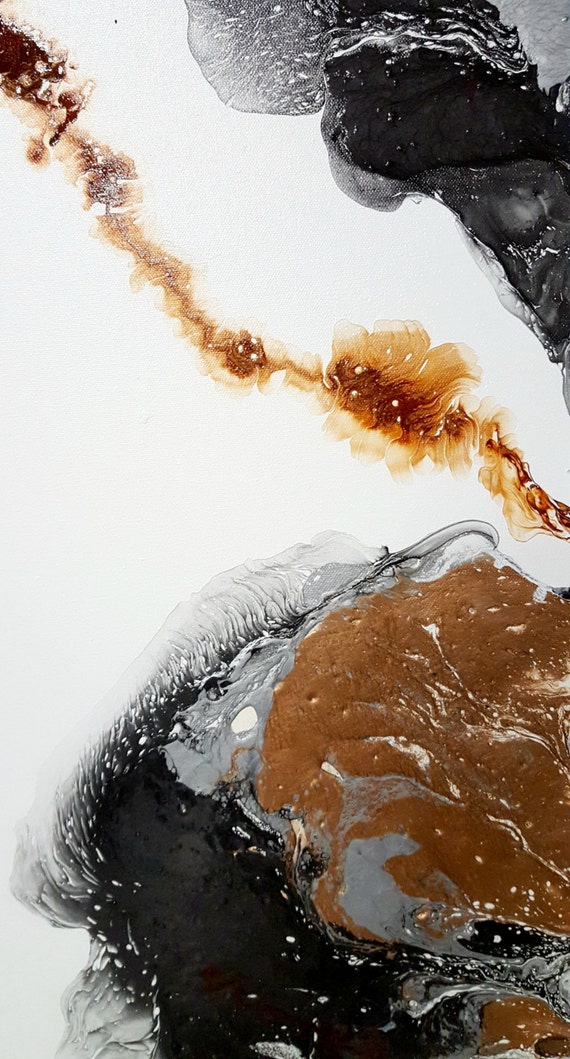 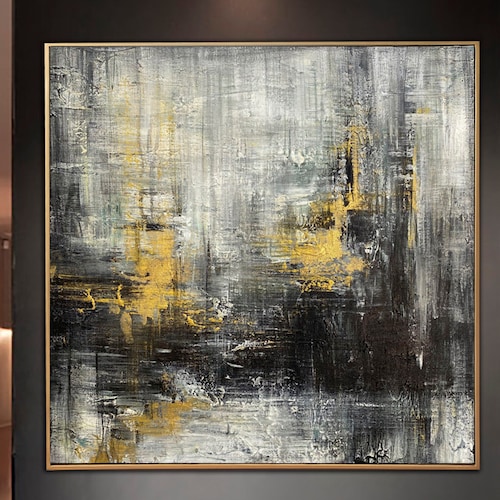 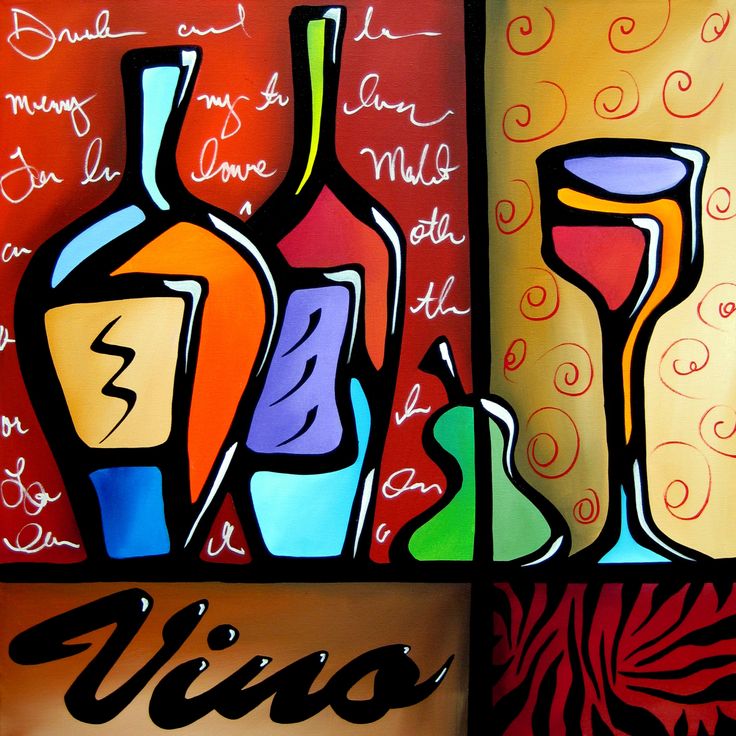 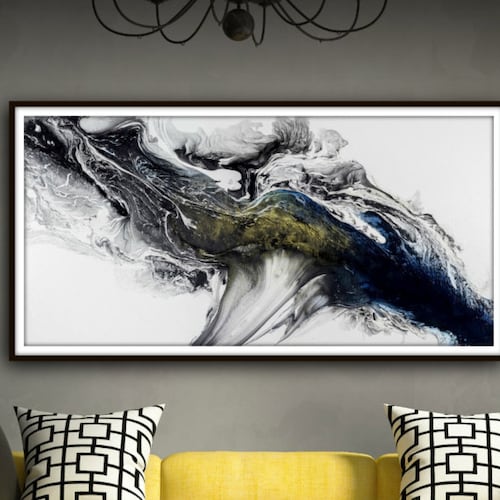