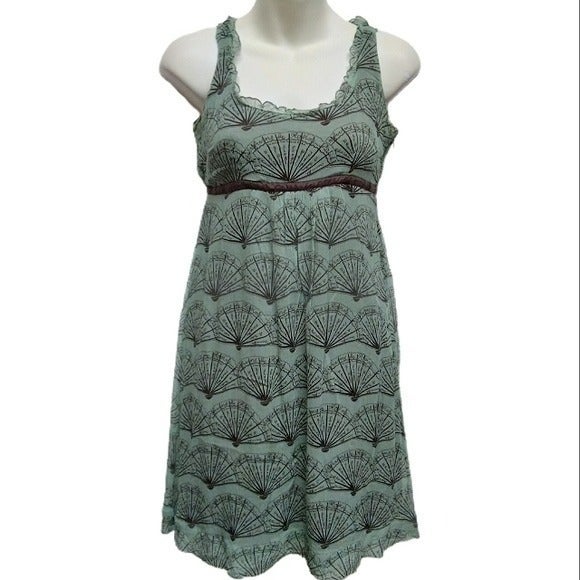 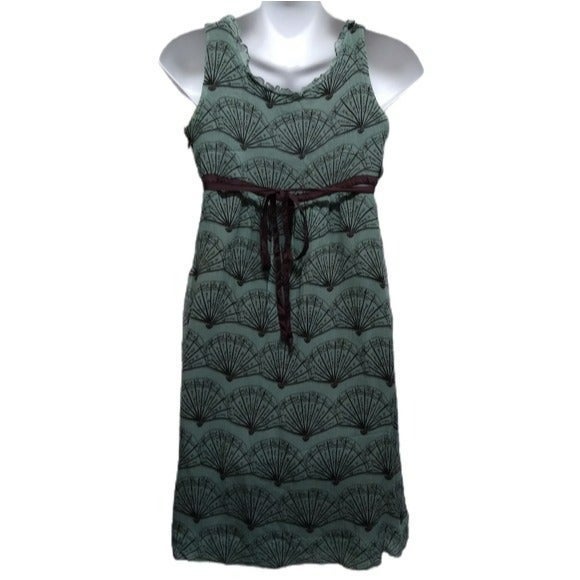 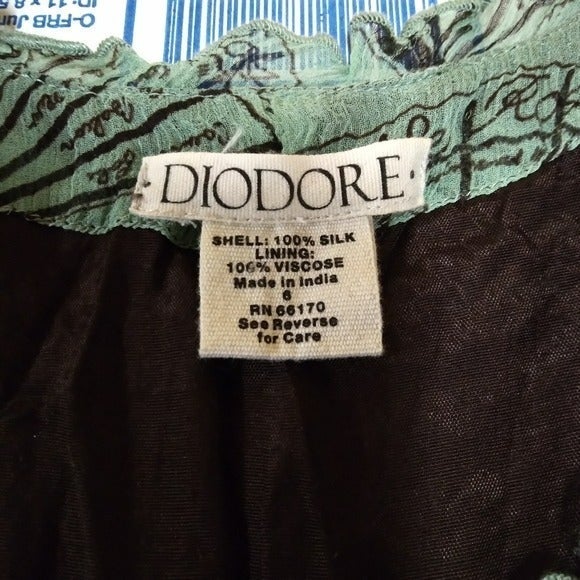 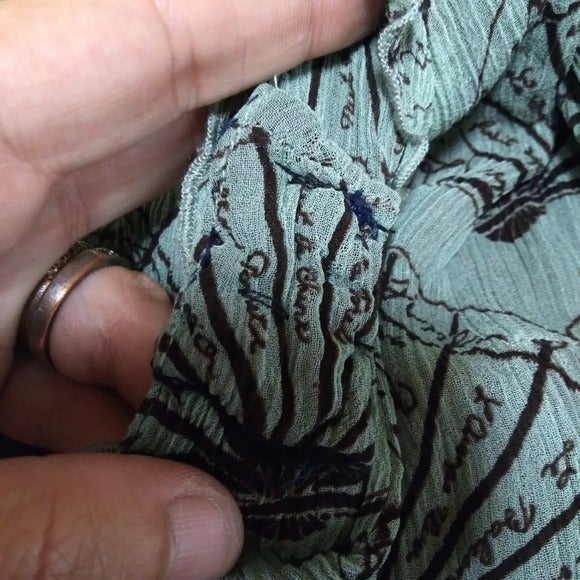 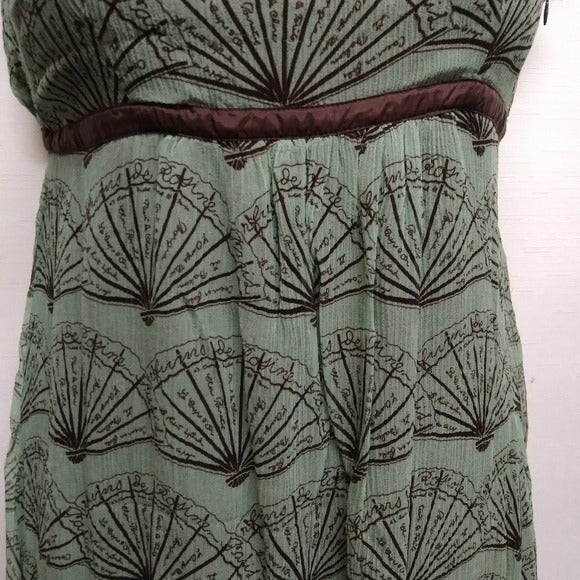 Preowned in excellent condition
Straps have been hemmed but can be removed.
Green fan Print
Size 6
100% silk 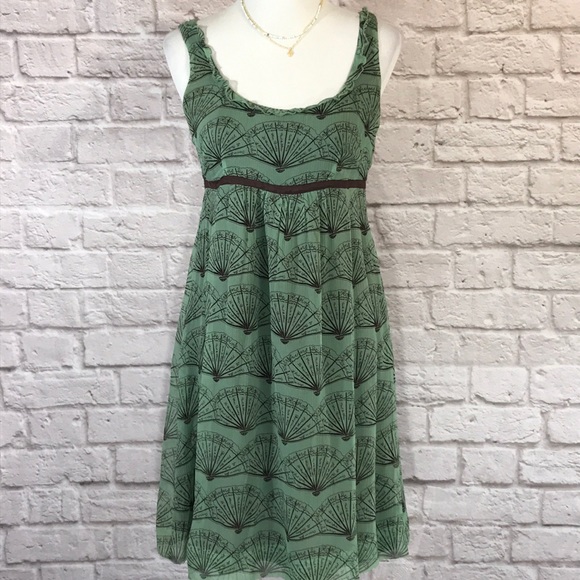 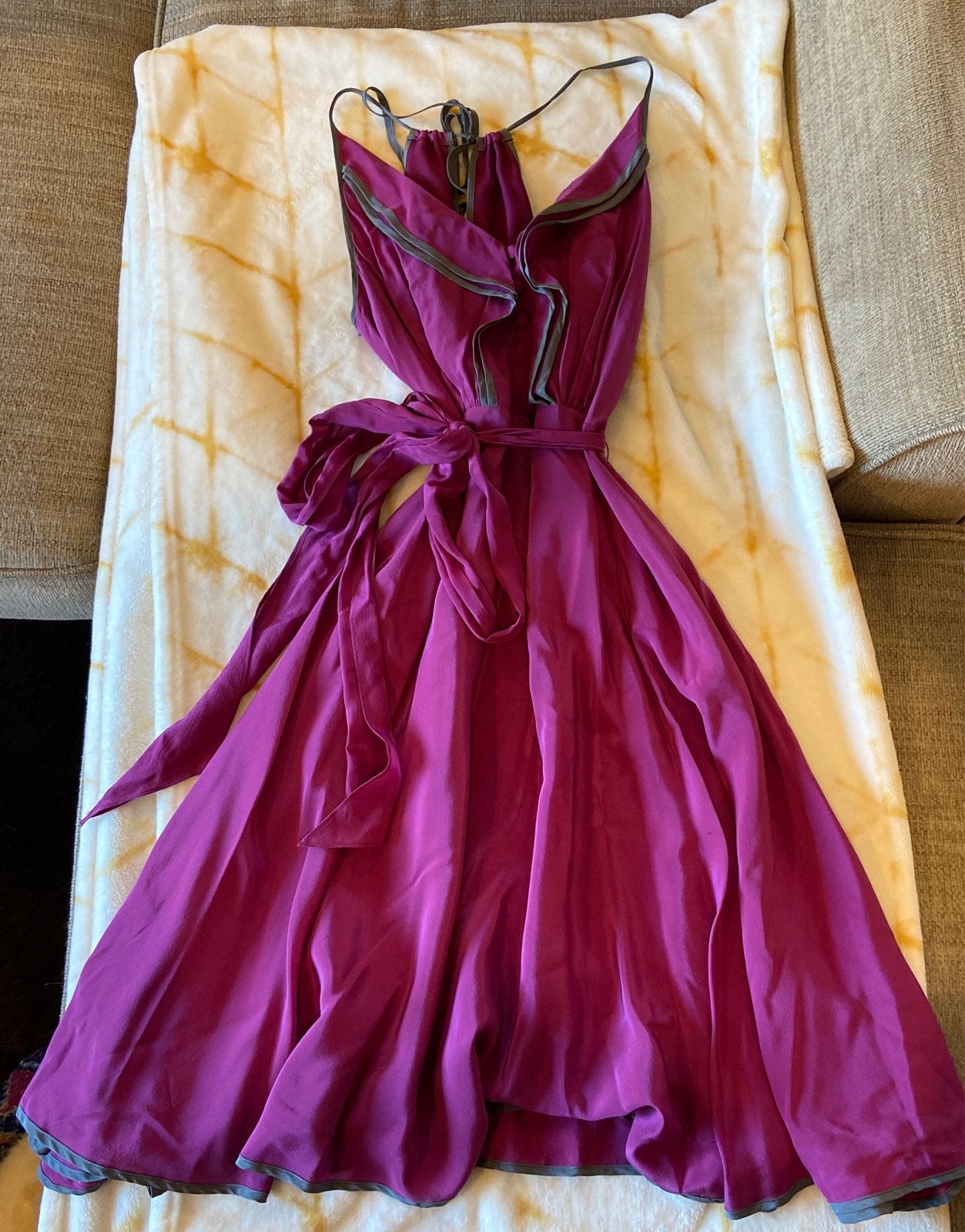 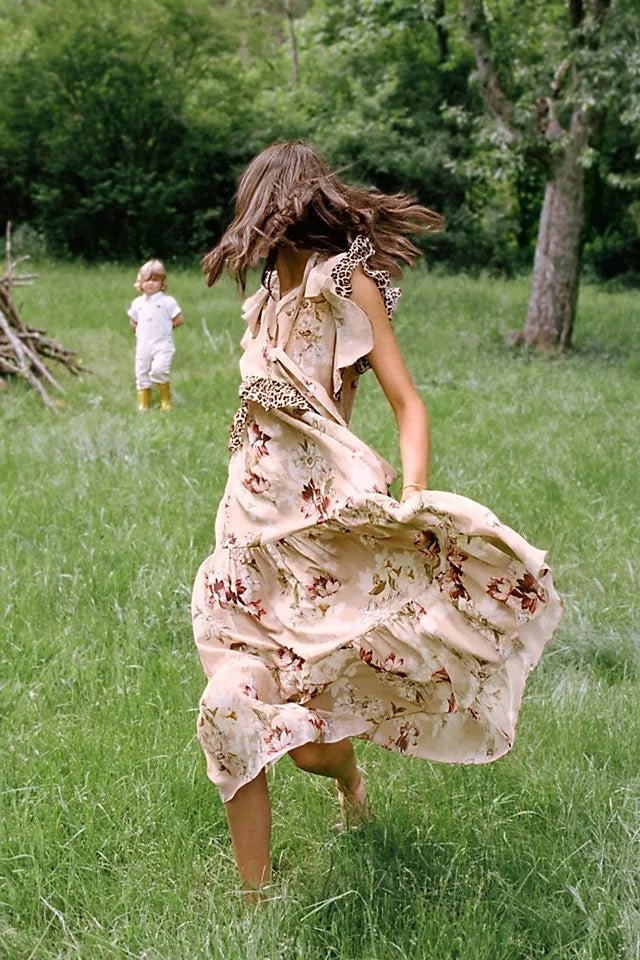 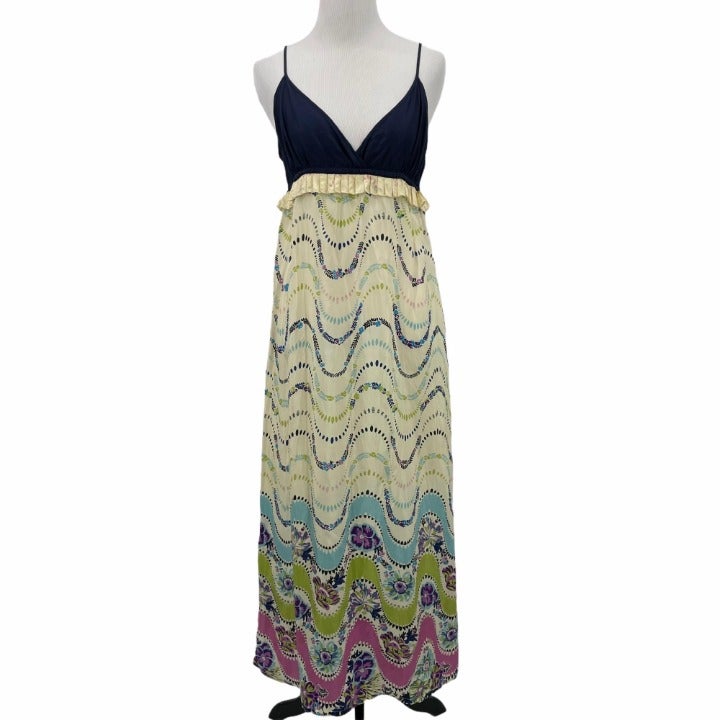 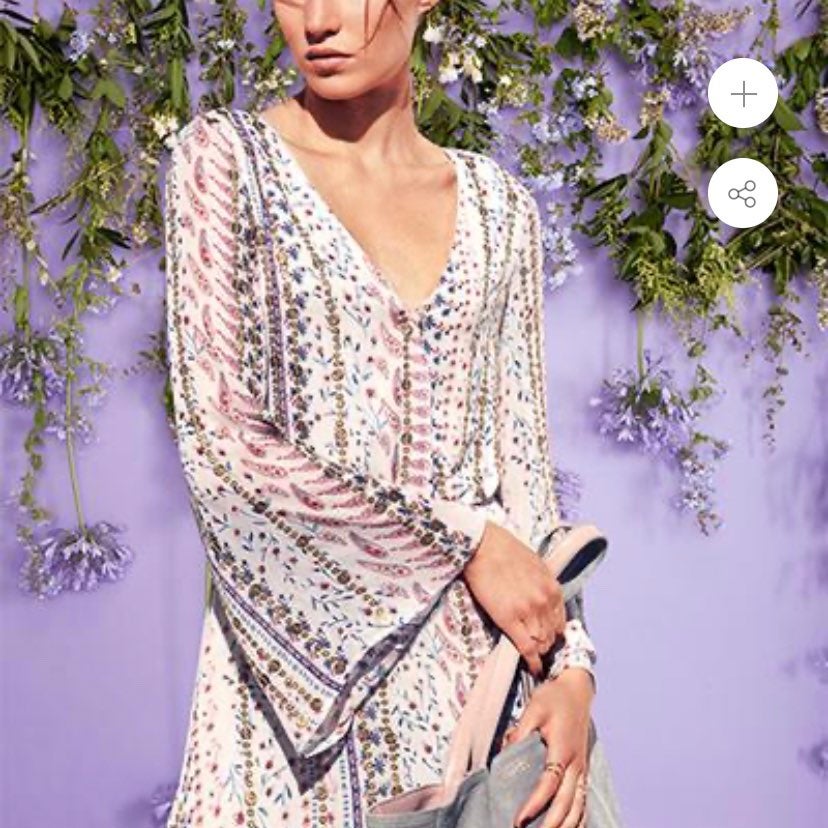