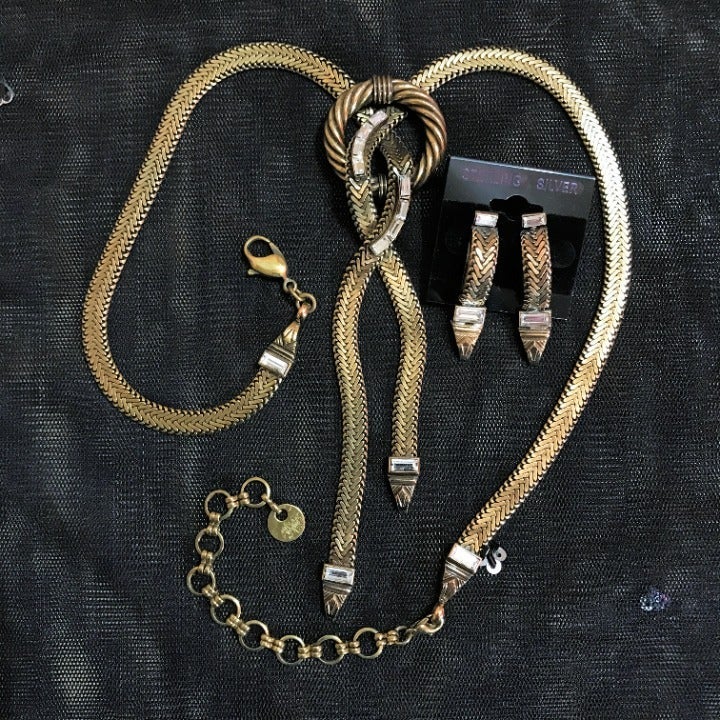 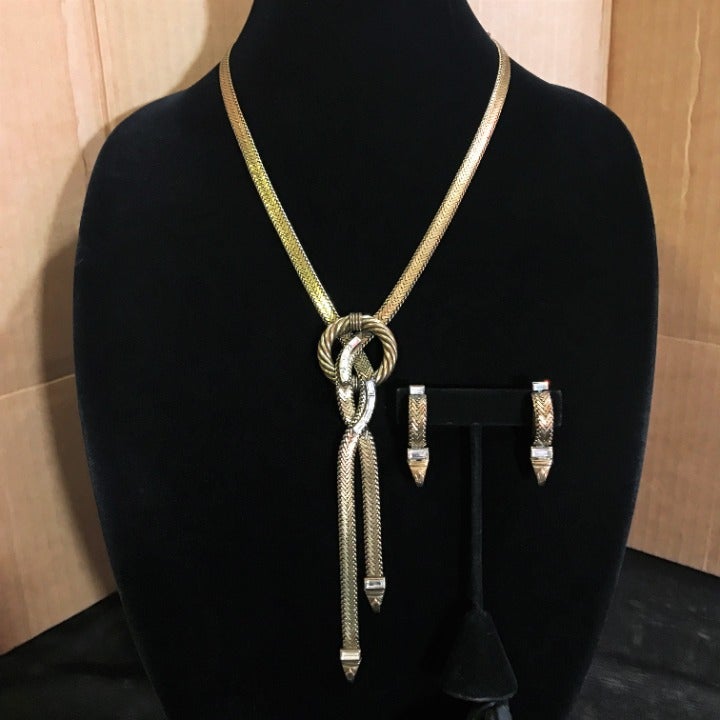 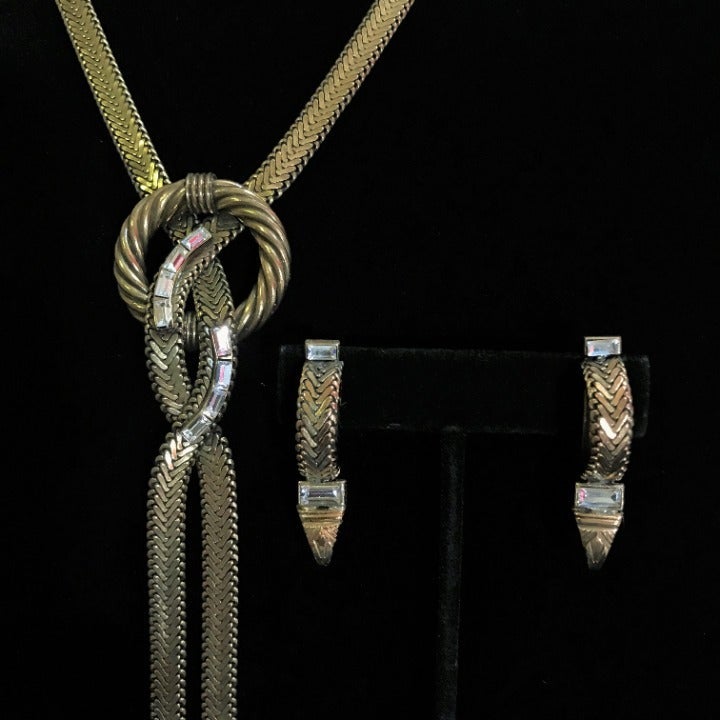 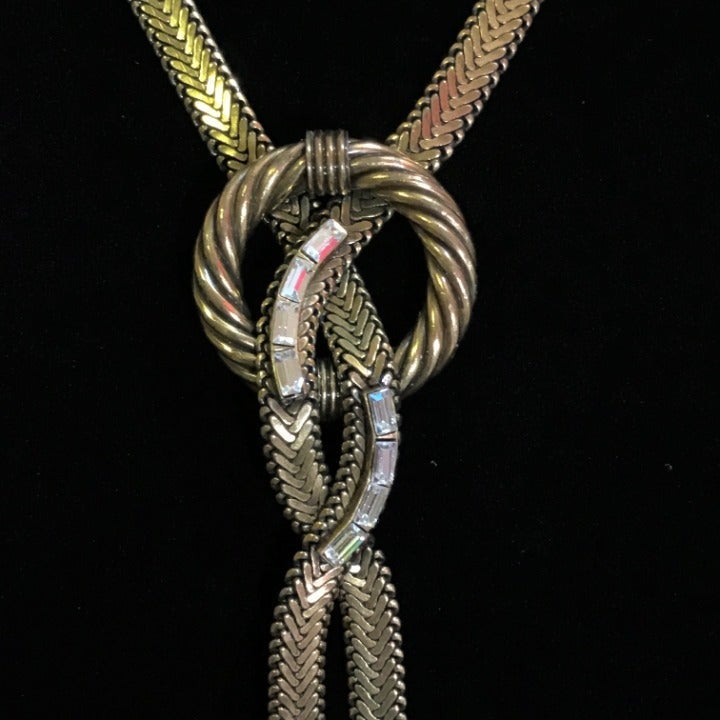 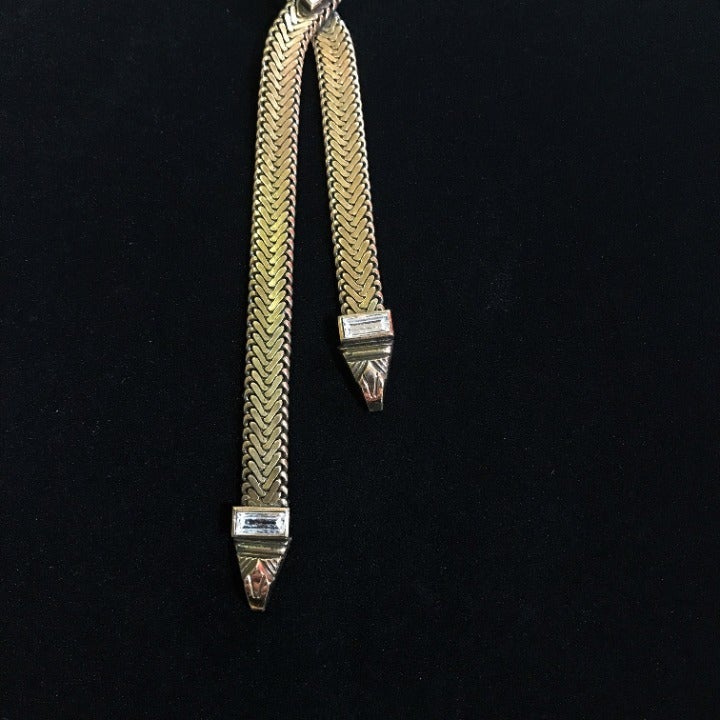 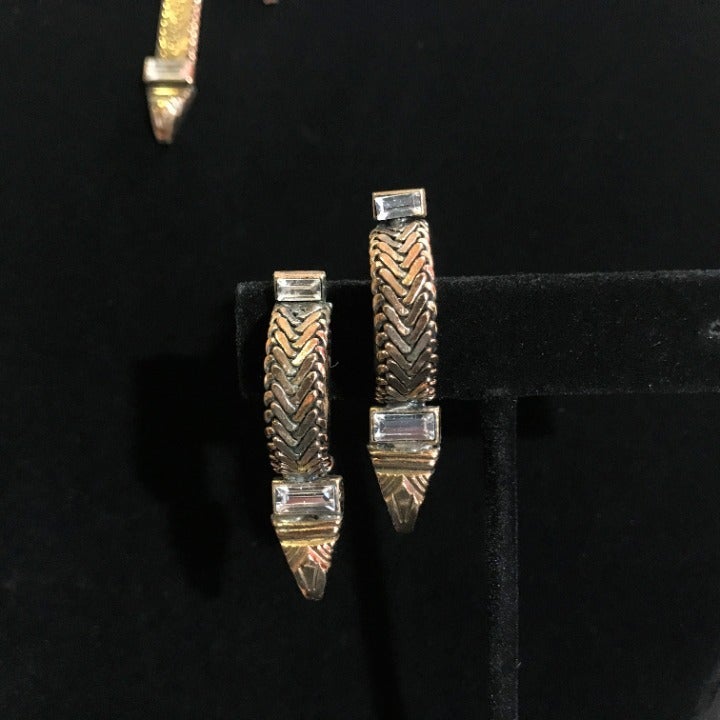 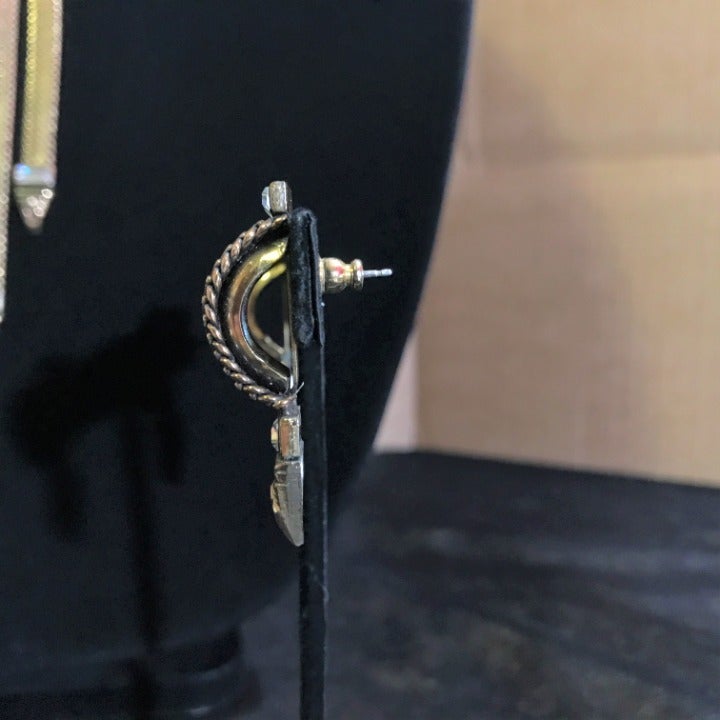 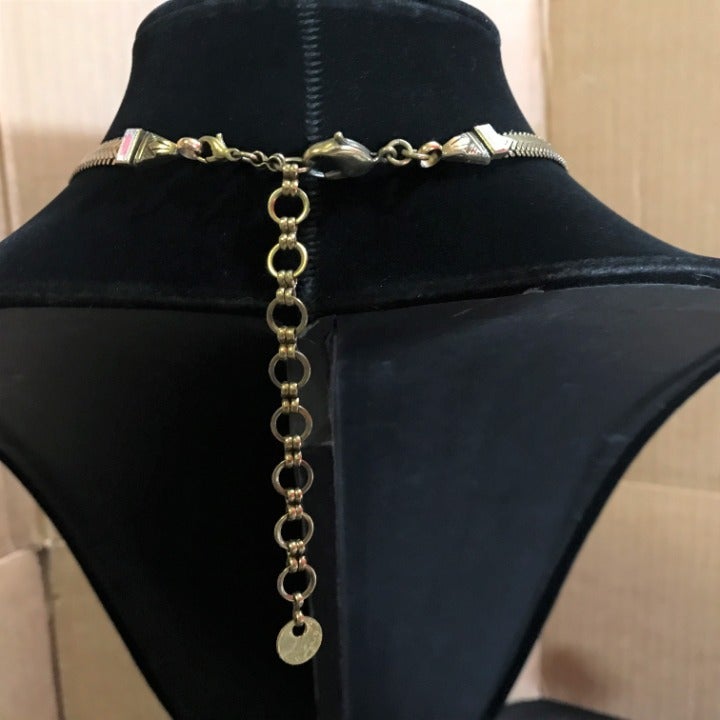 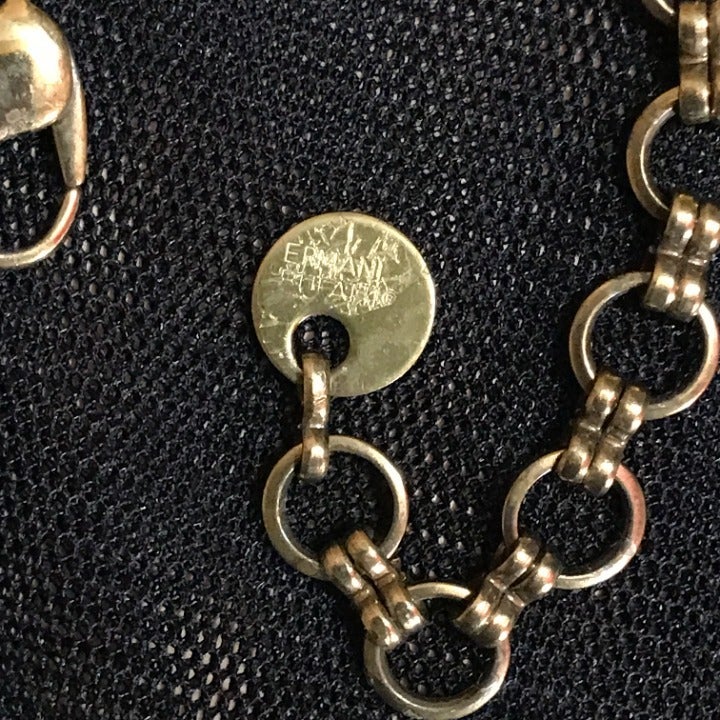 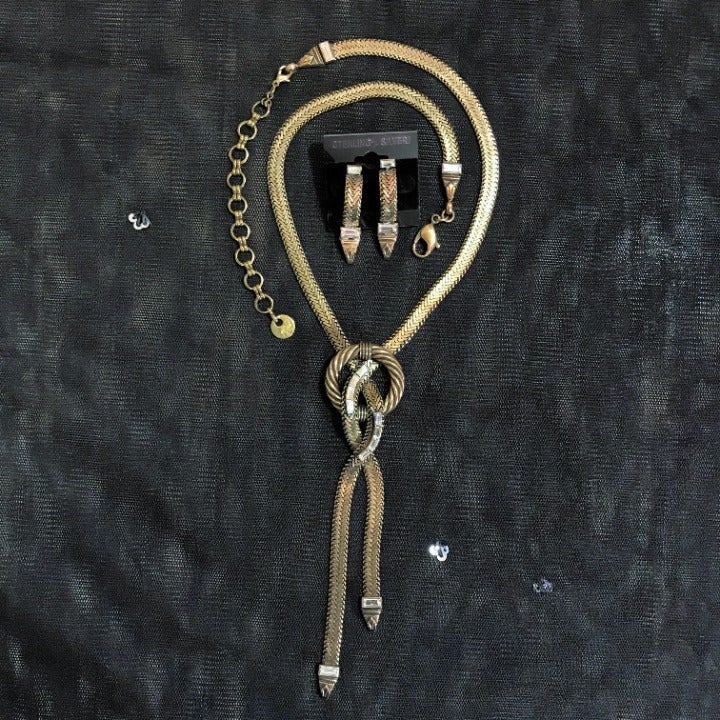 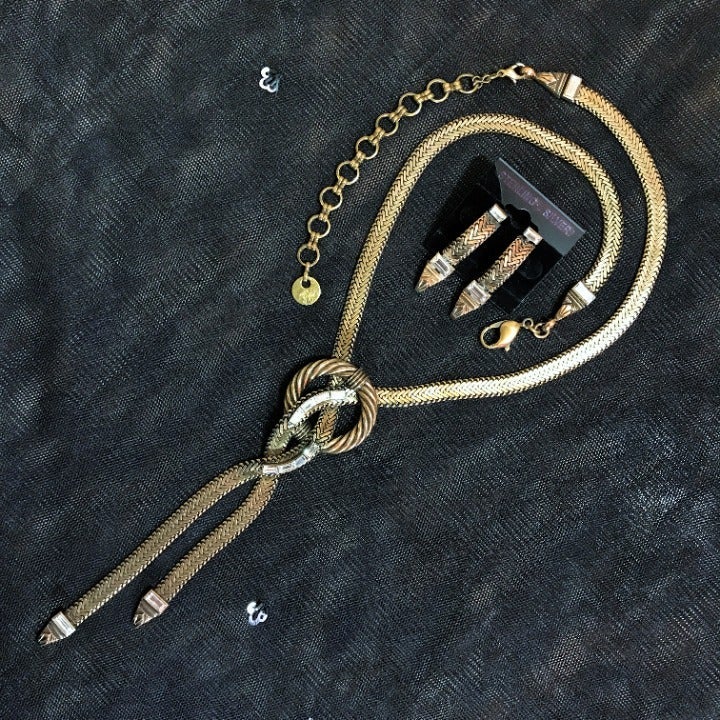 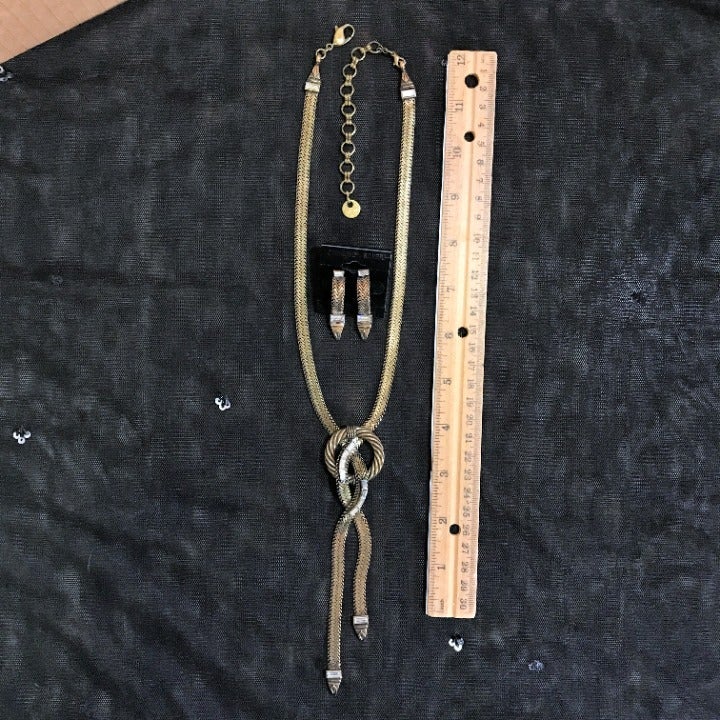 Flawed Vintage Ermani Bulatti bronze tone necklace & earrings set w/clear crystal rhinestones.
There's a hangtag on the necklace The earrings are unmarked.
Post earrings (backs original?): 5/16"W x 1 5/8"H.
Necklace w/ lobster claw clasp: approx. 22"L incl. removable 4 1/4"L extender chain.
Flat chain: 1/4"W. Center ring: 1/4" thick. 1 5/16" diameter.
The longer hanging strand is 4 11/16"L from bottom of ring to end.
IMPORTANT! This set has flaws so please read through the condition description below.
Structurally solid. Some rhinestones have flaws underside. One's corner is chipped off near the "O" center & one on the top of one earring is off centered. There's areas where the finish is wearing through esp. on the "O" centerpiece. The hang tag is badly scratched, it's difficult to read. On one of the earrings, the top rhinestone portion is bent forward. The posts on the backside of the earrings weren't attached symetrically so they aren't even w/ each other when worn. 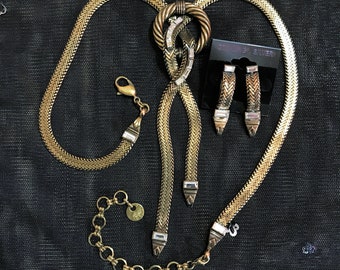 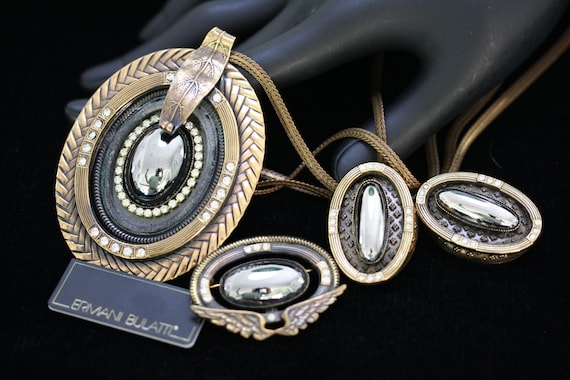 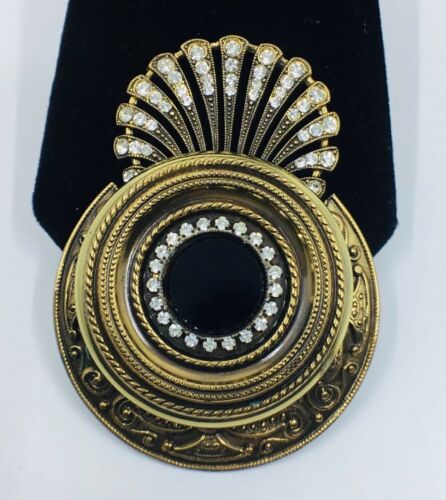 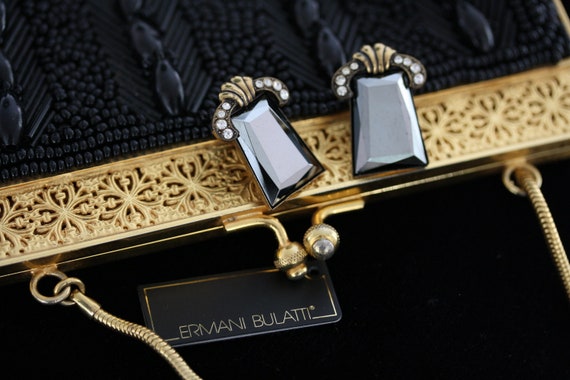 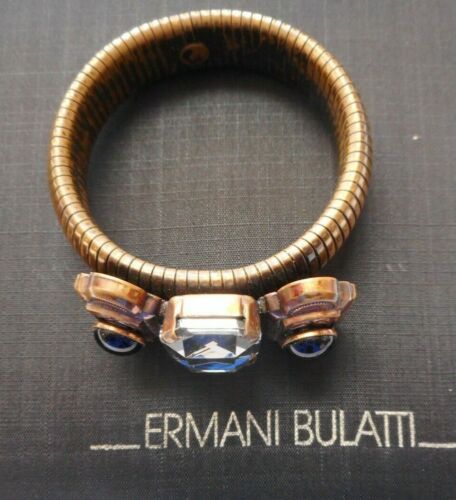 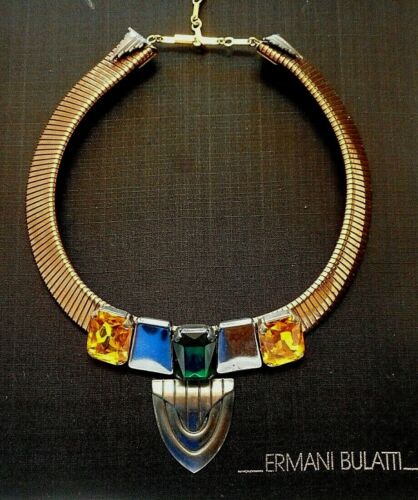 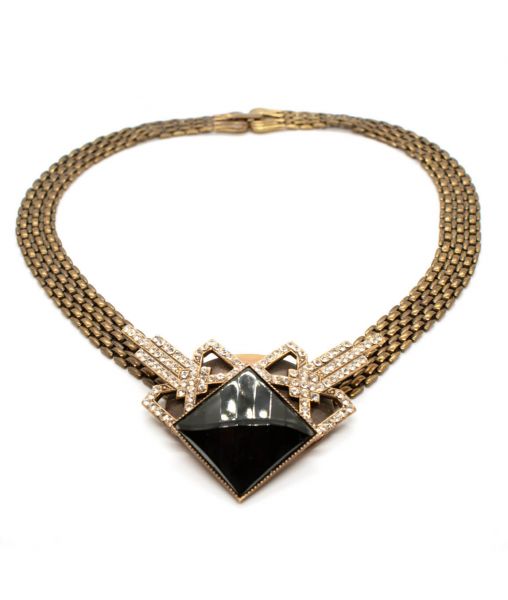 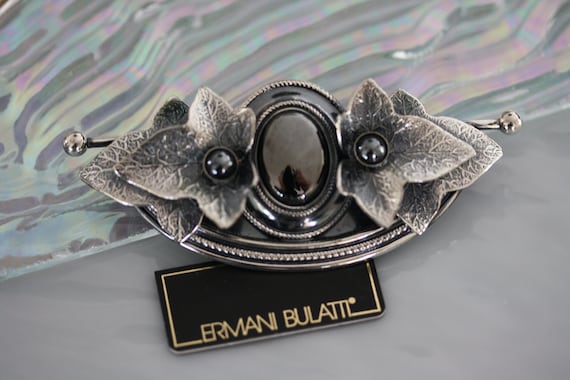 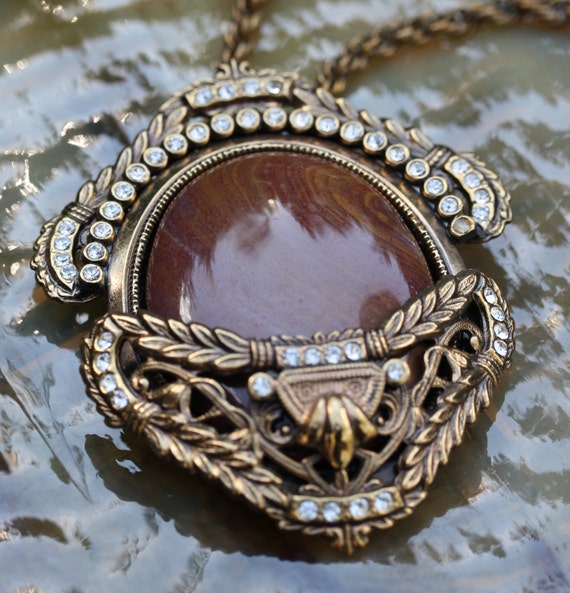 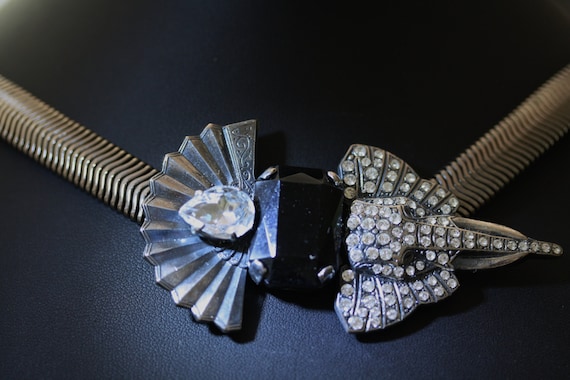 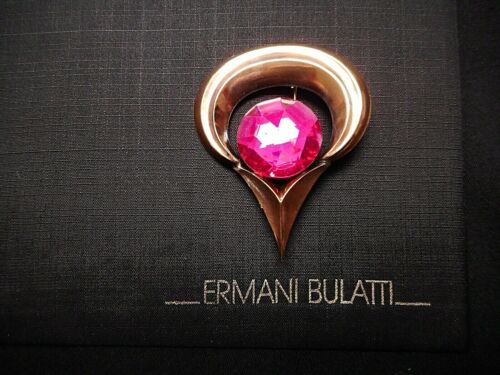 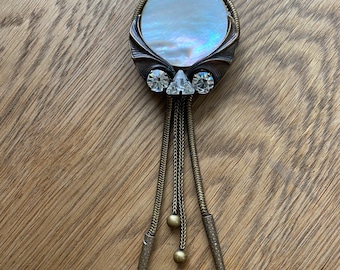 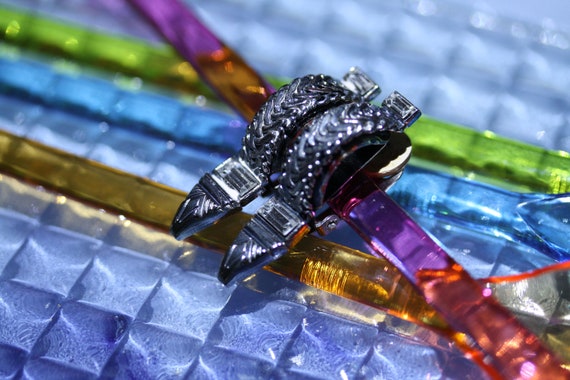 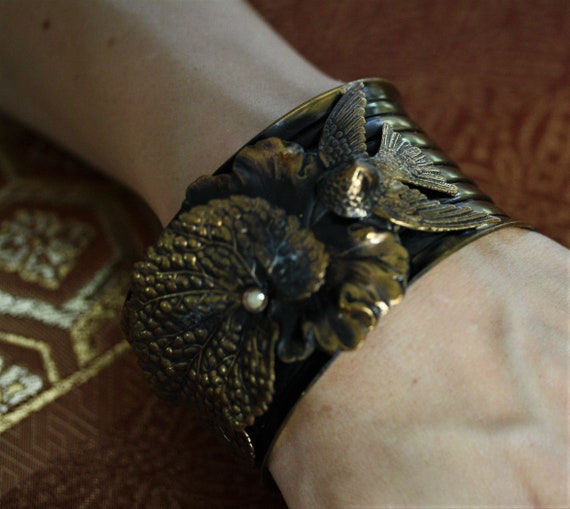 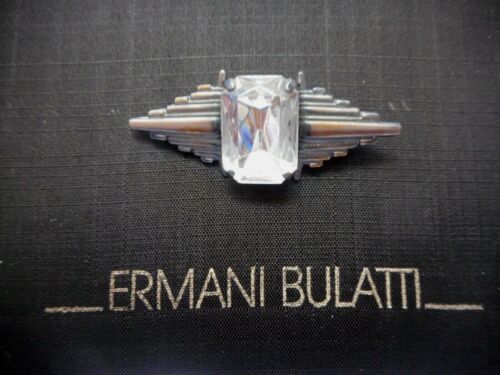 MATILDA JANE Once Upon a Time Dress 6,