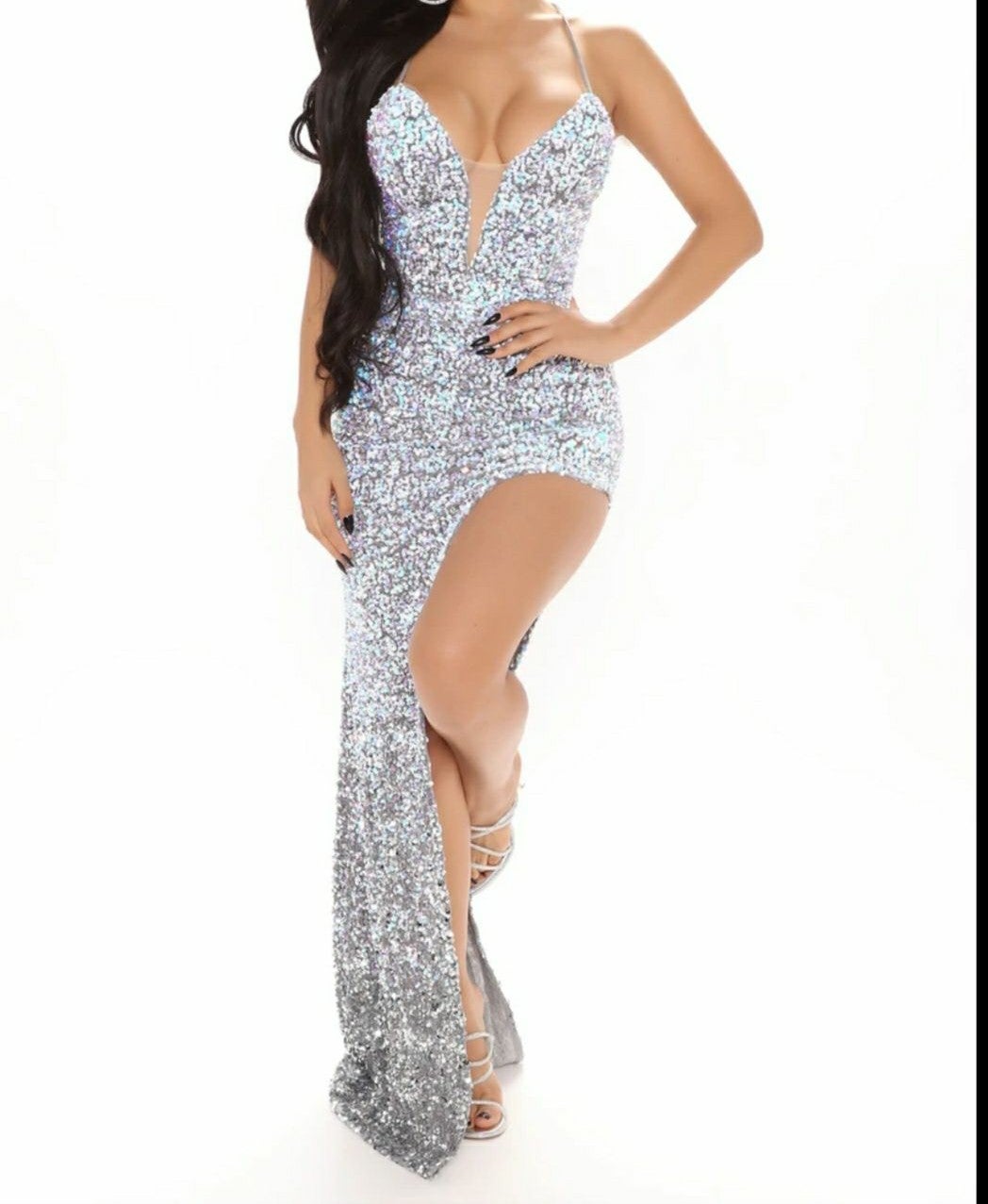 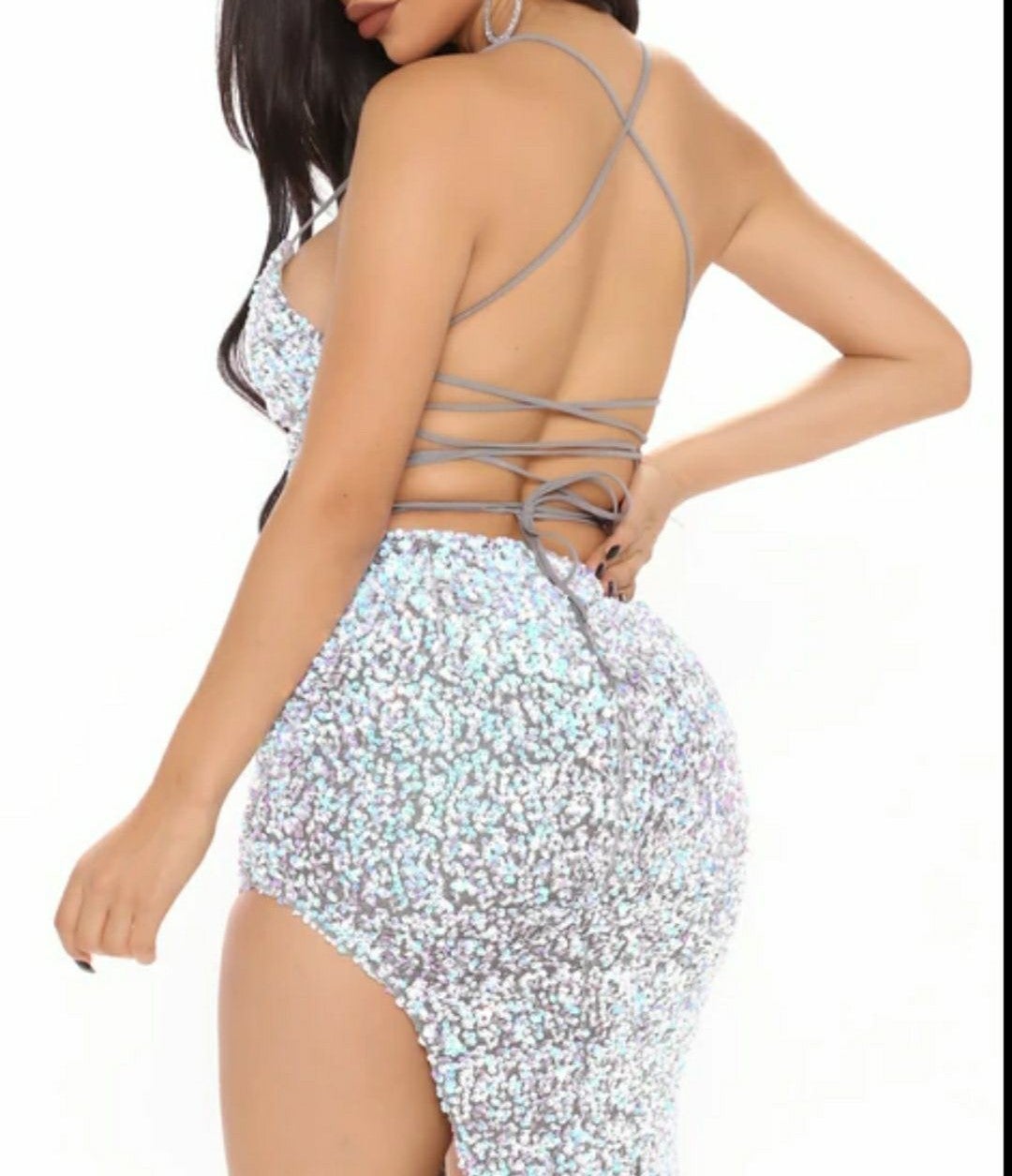 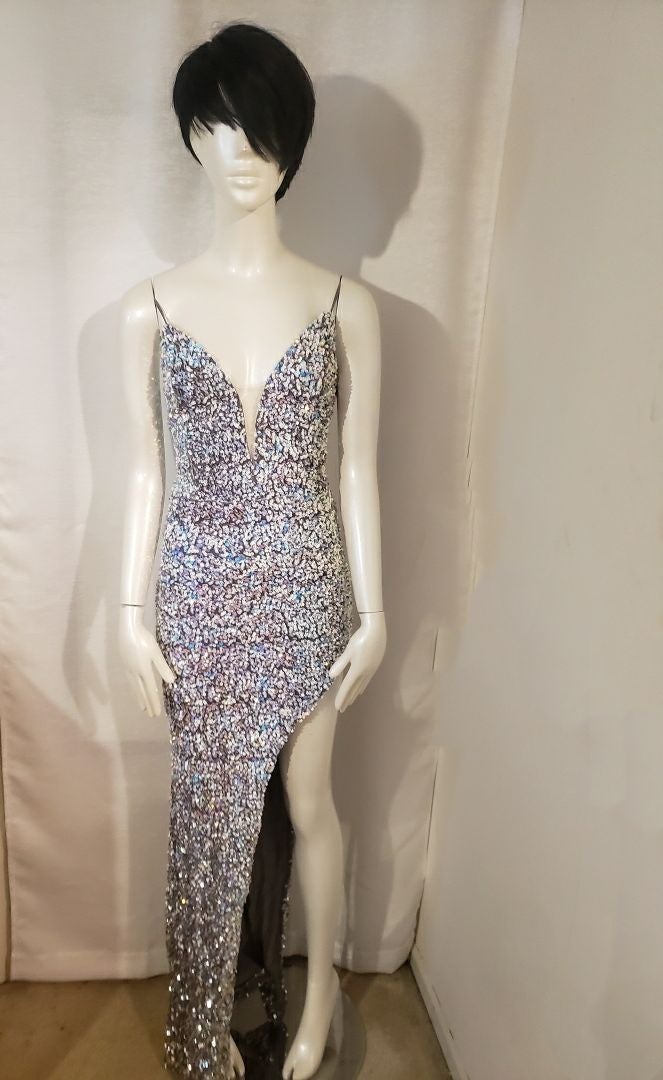 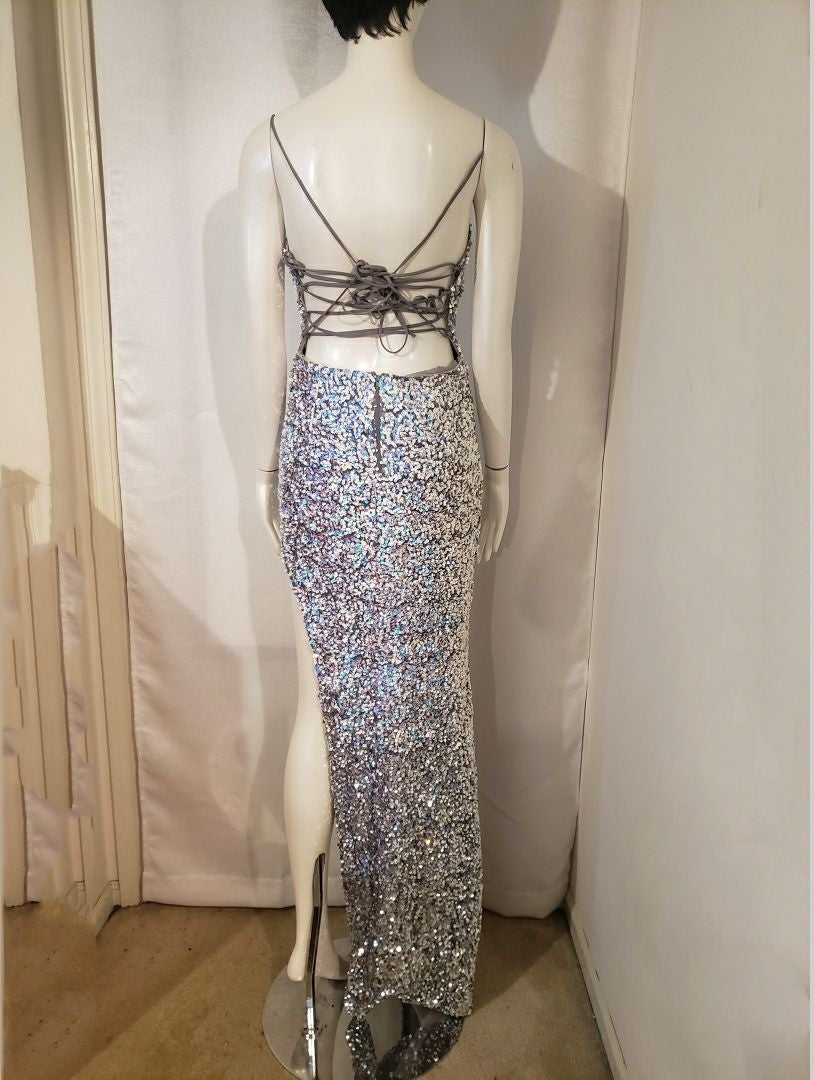 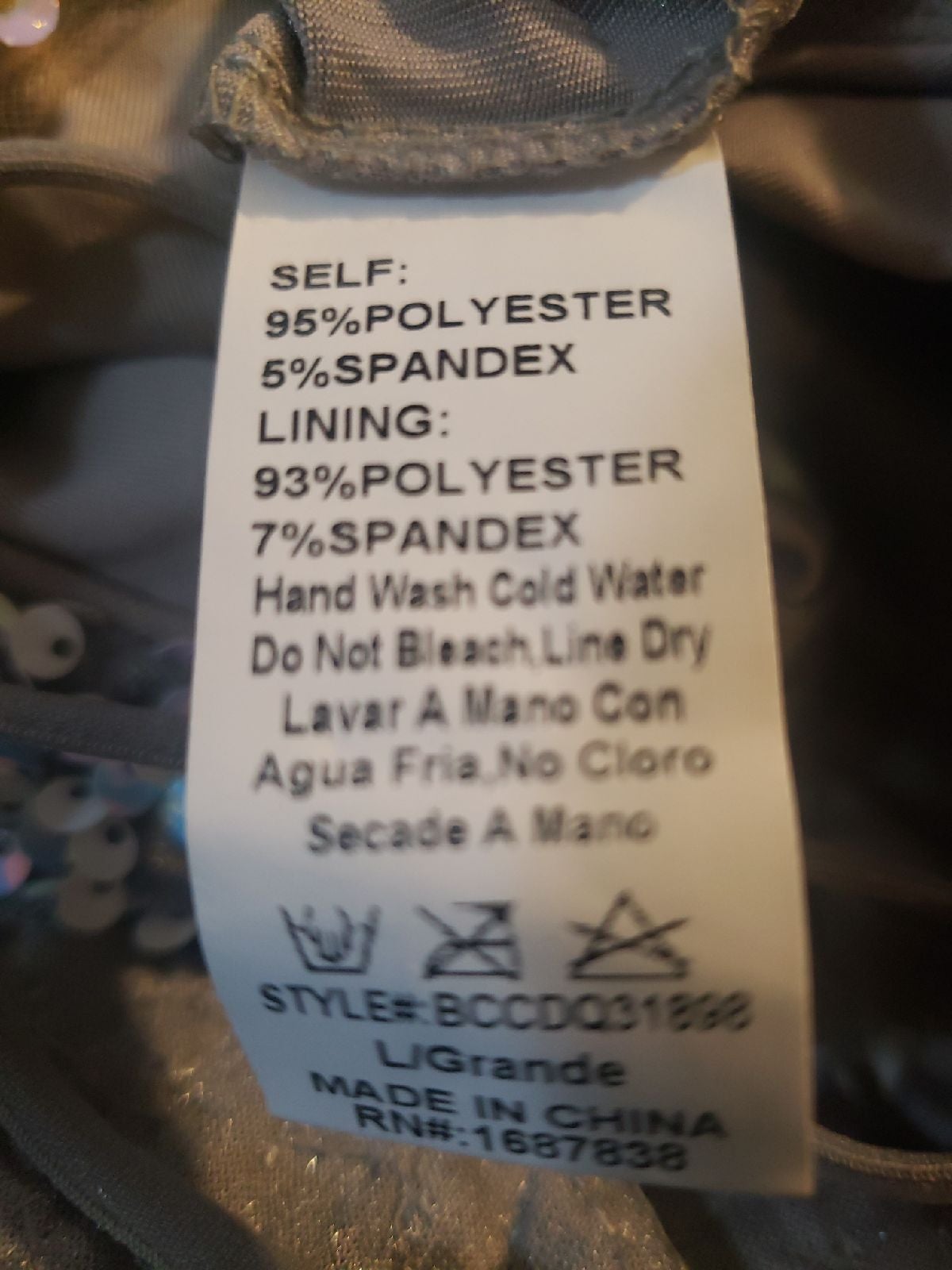 Brand New! Embellished maxi dress, with spaghetti straps that criss cross in the back, deep V-neckiline, mesh inset, built in panties that snaps at crotch. Dress has a high slit, with plenty of stretch, and is lined. Dress measures approx 59" long from bust to hem and approx 23" long on the shorter side. Size L 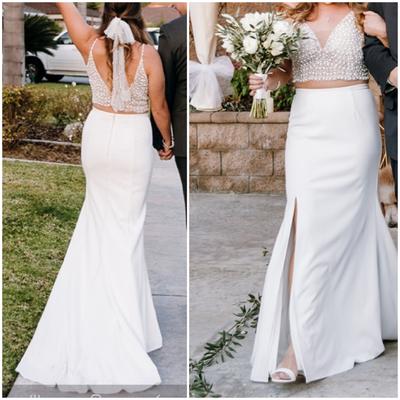