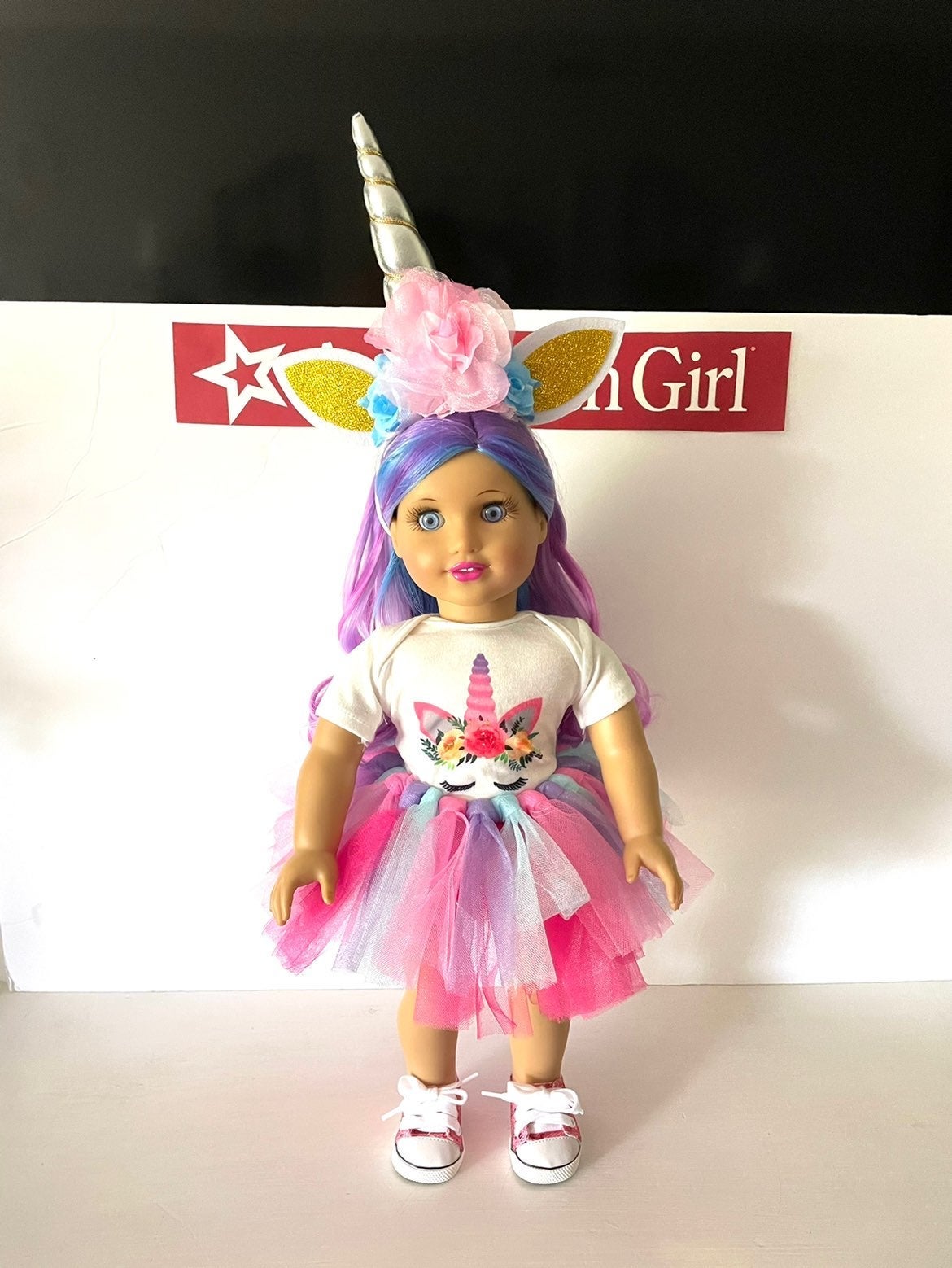 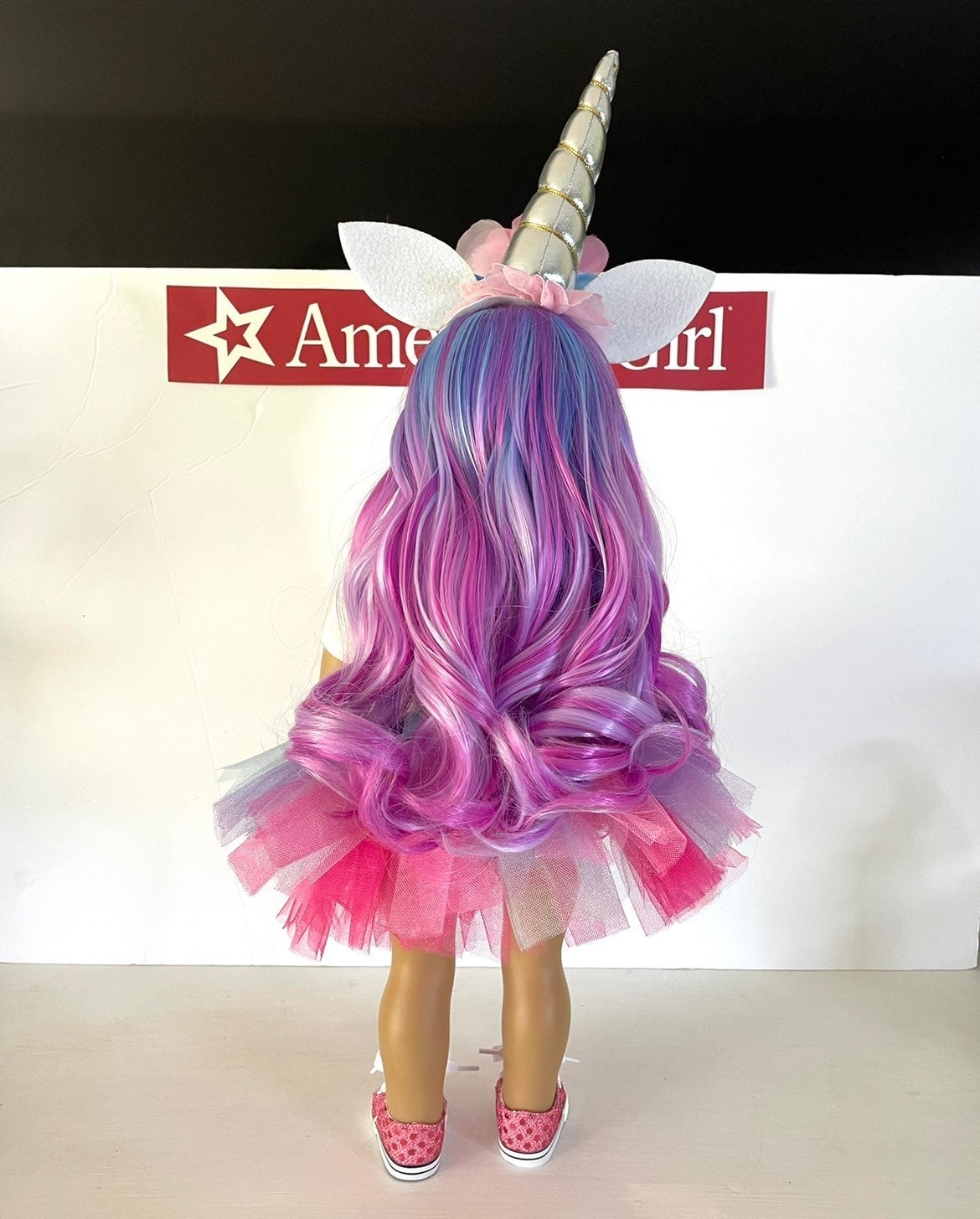 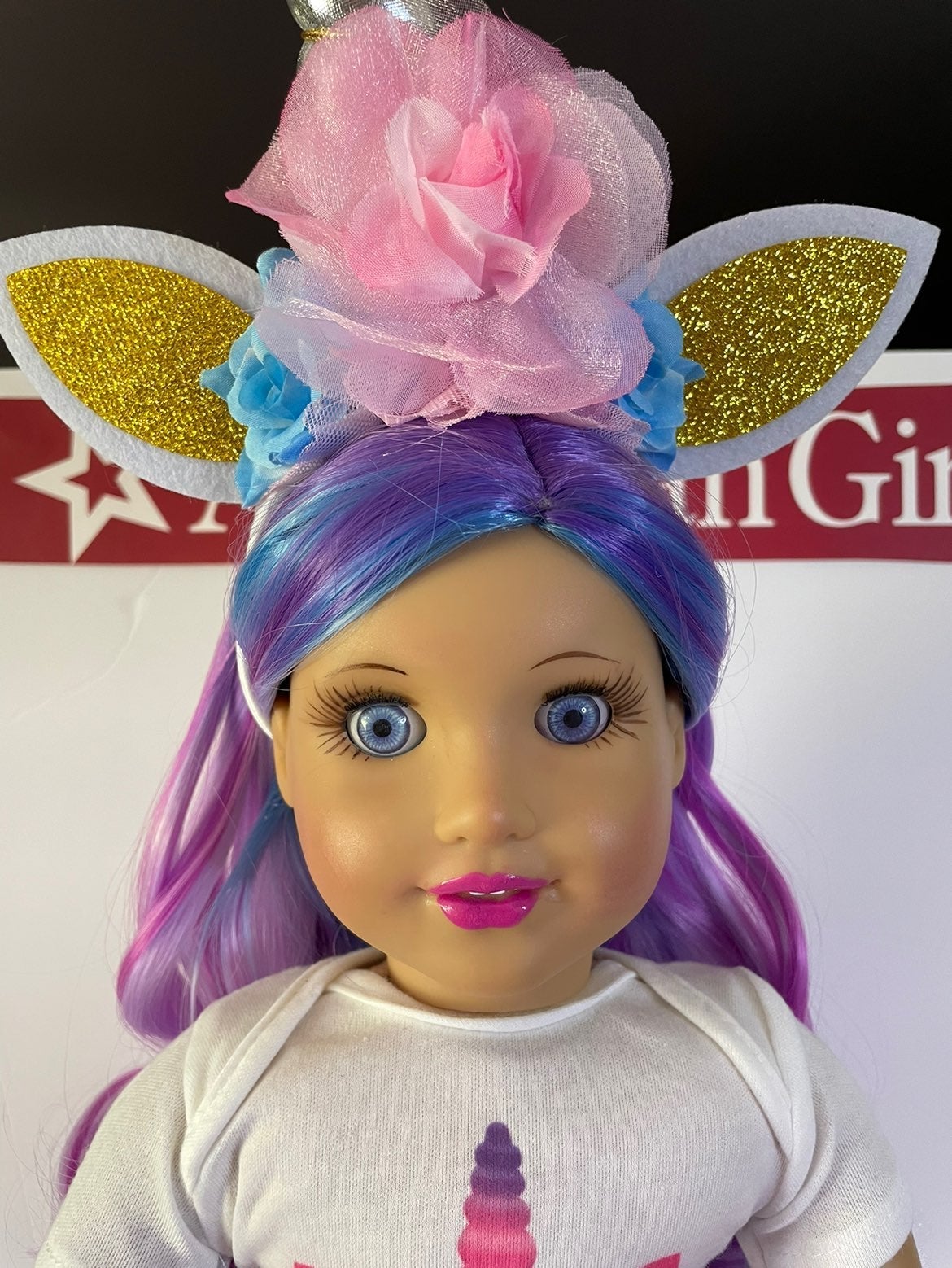 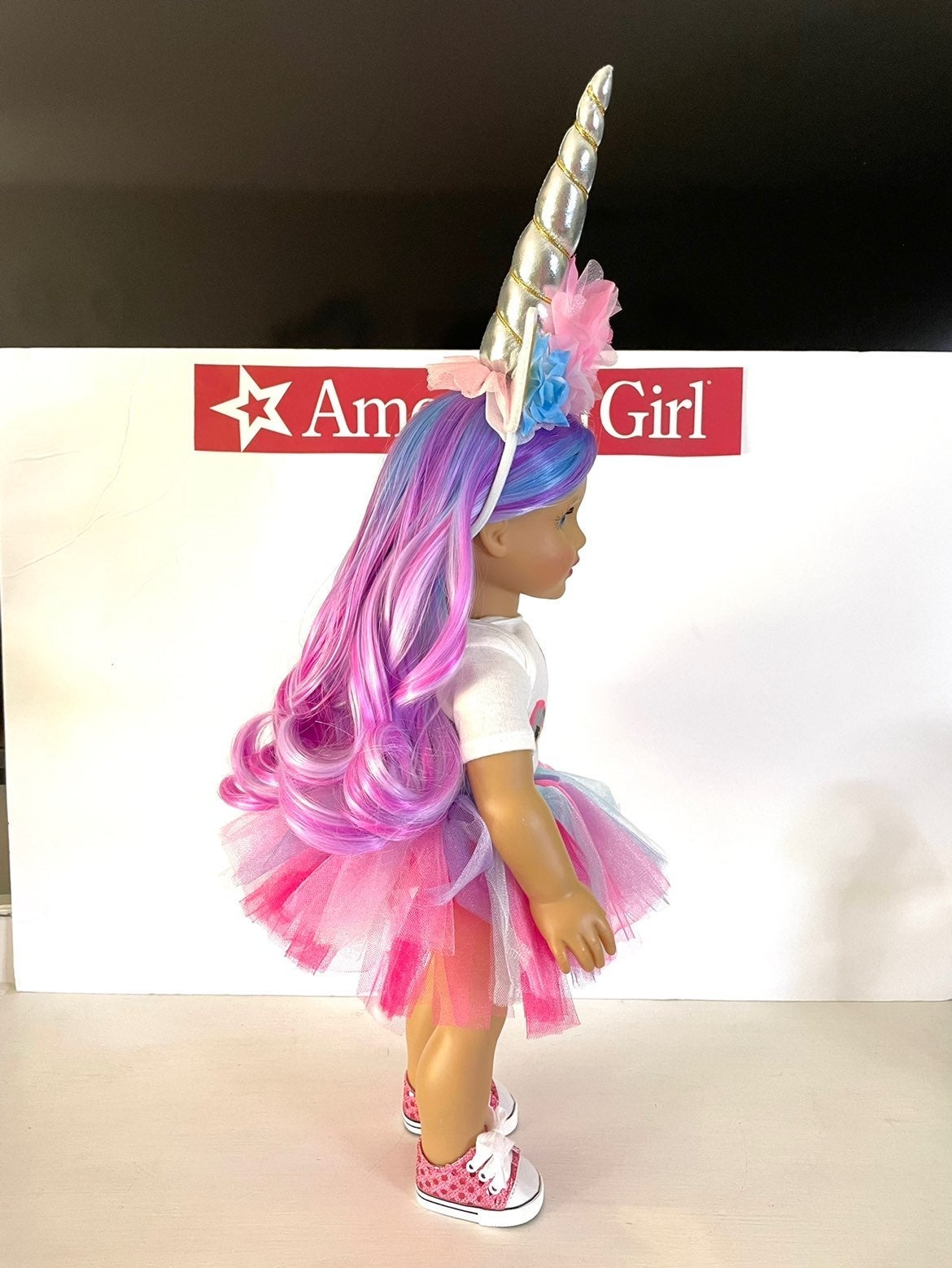 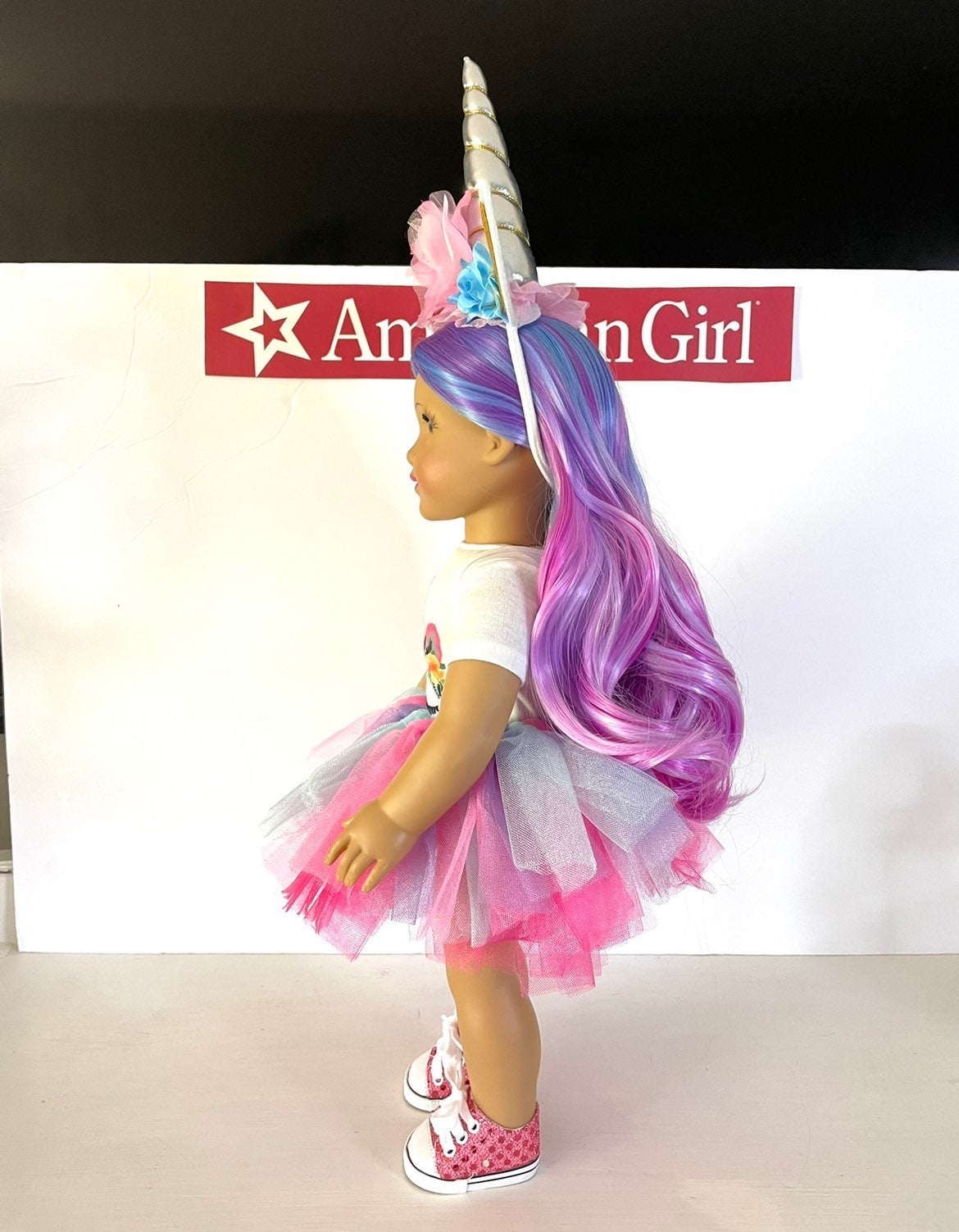 Meet Kayla ❣️she is a custom American girl doll made from a previously loved Julie Doll. In great condition. She has a brand new wig that is heat and tangle resistant from Exquisite Doll Designs. It’s glued down. She has brand new blue eyes. Brand new unicorn onesie with 2 tutus. A unicorn headband. Brand new sequin pink tie shoes. She has had a face up with eyeshadow, blush and lipstick all sealed with Mr. super clear. She has been washed and cleaned thoroughly. She may have a minor imperfection I missed. Body is in great condition with no stains, tears or rips. She has long neck strings. Tight limbs. She is ready for her forever home !
I did not create this doll. I added her to my collection in 2021 but I am downsizing my collection.

Nonsmoking home
I am always happy to bundle for added savings. 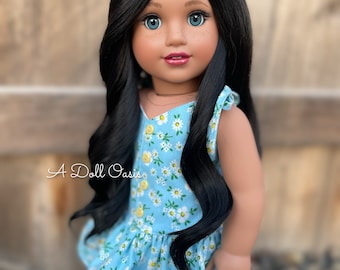 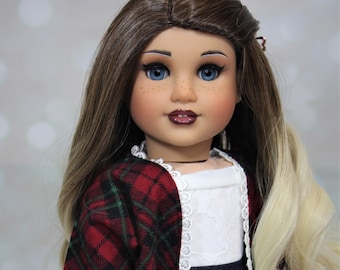 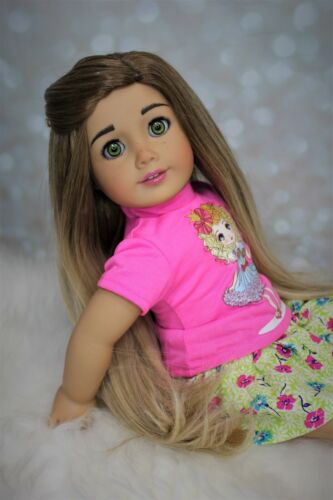 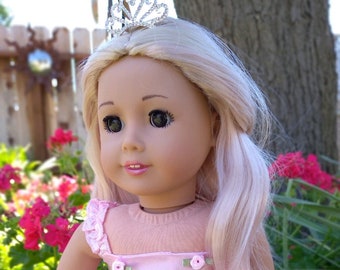 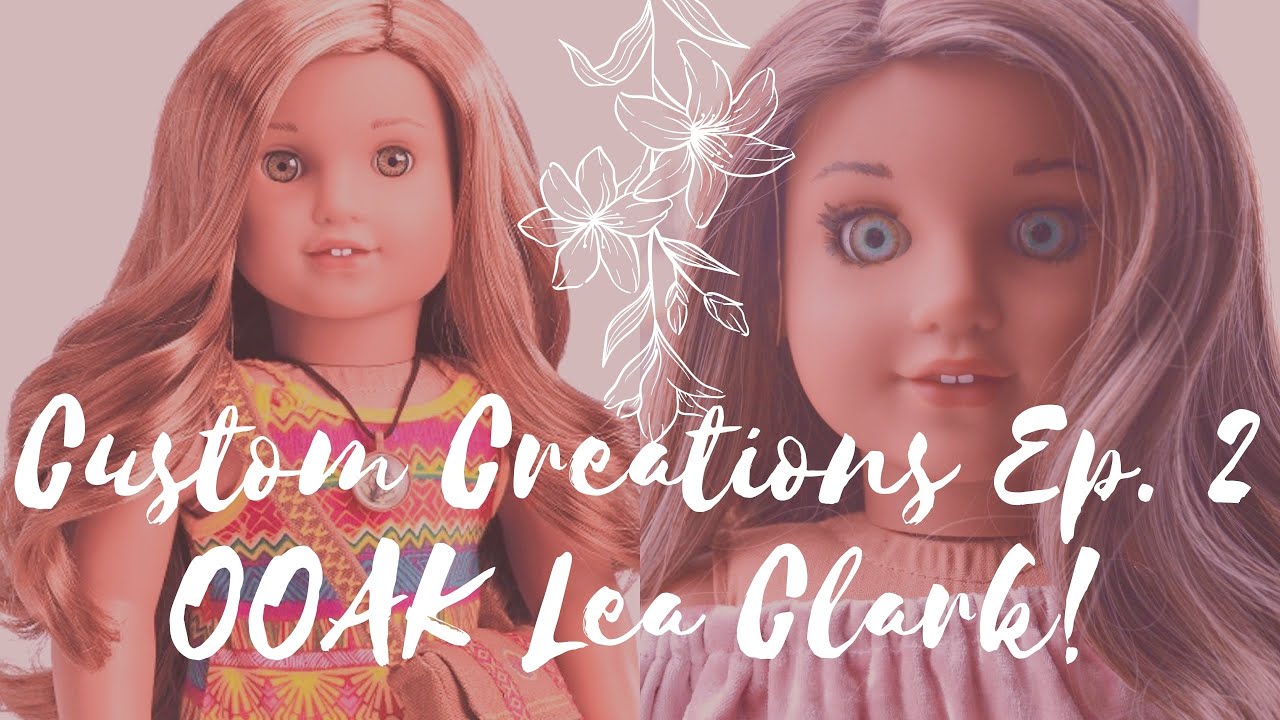 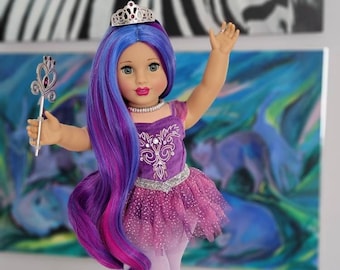 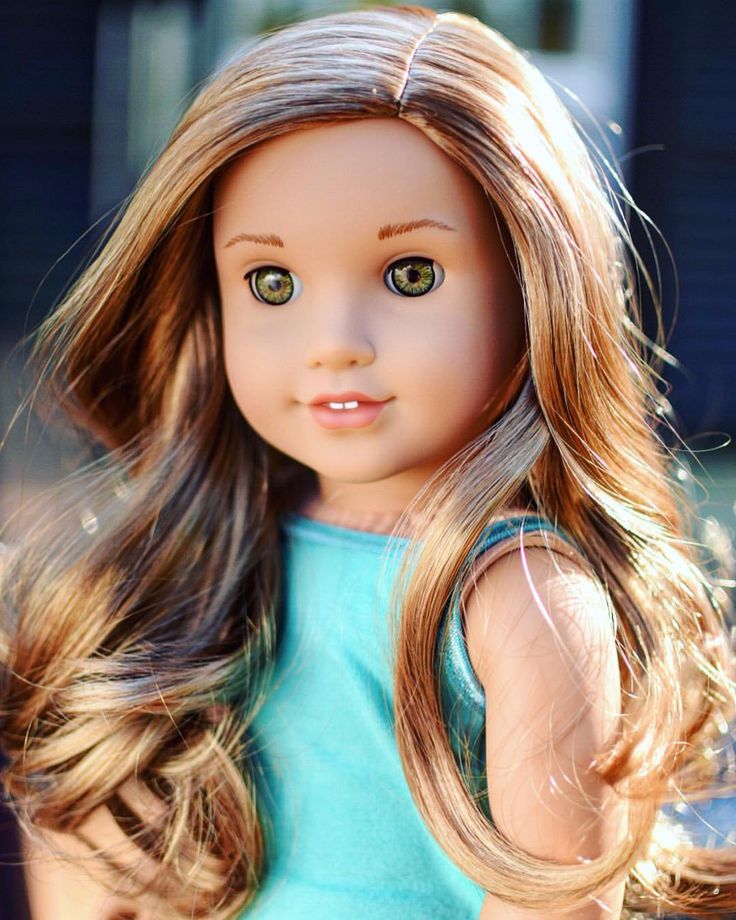 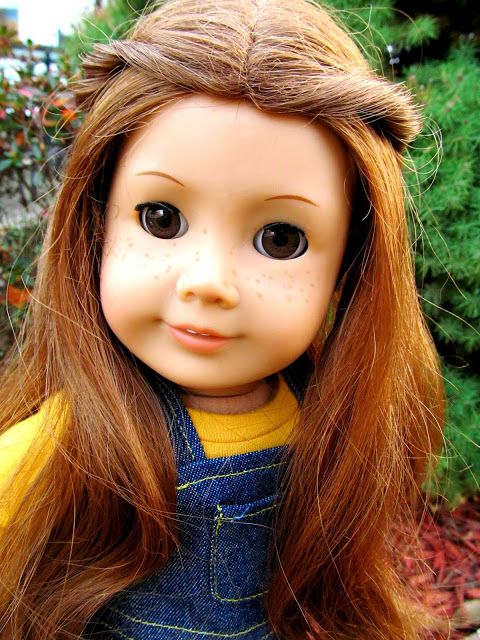 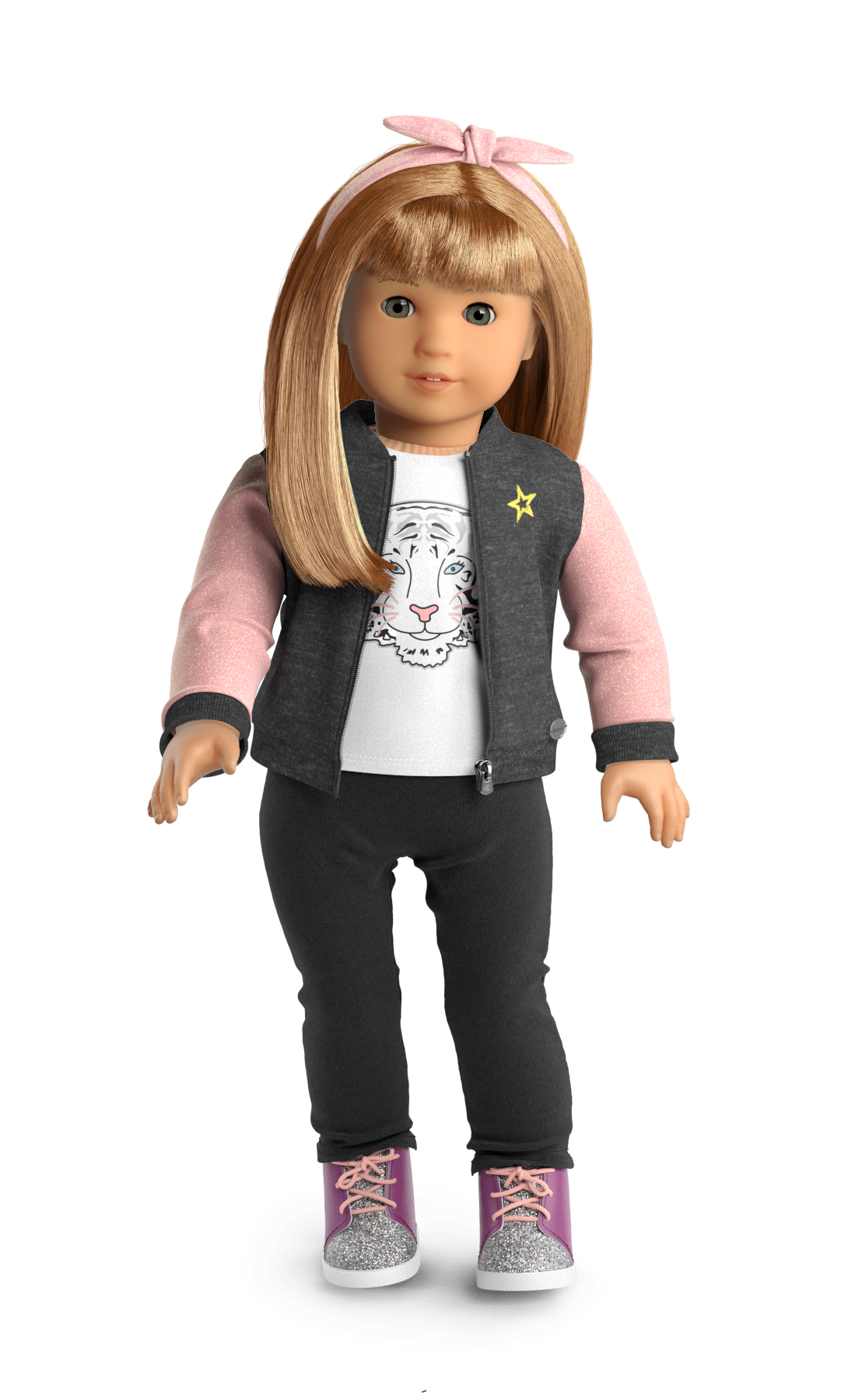 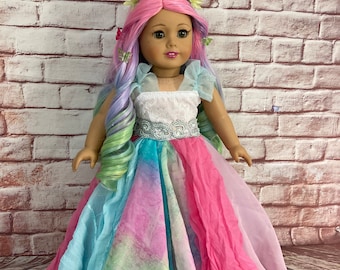 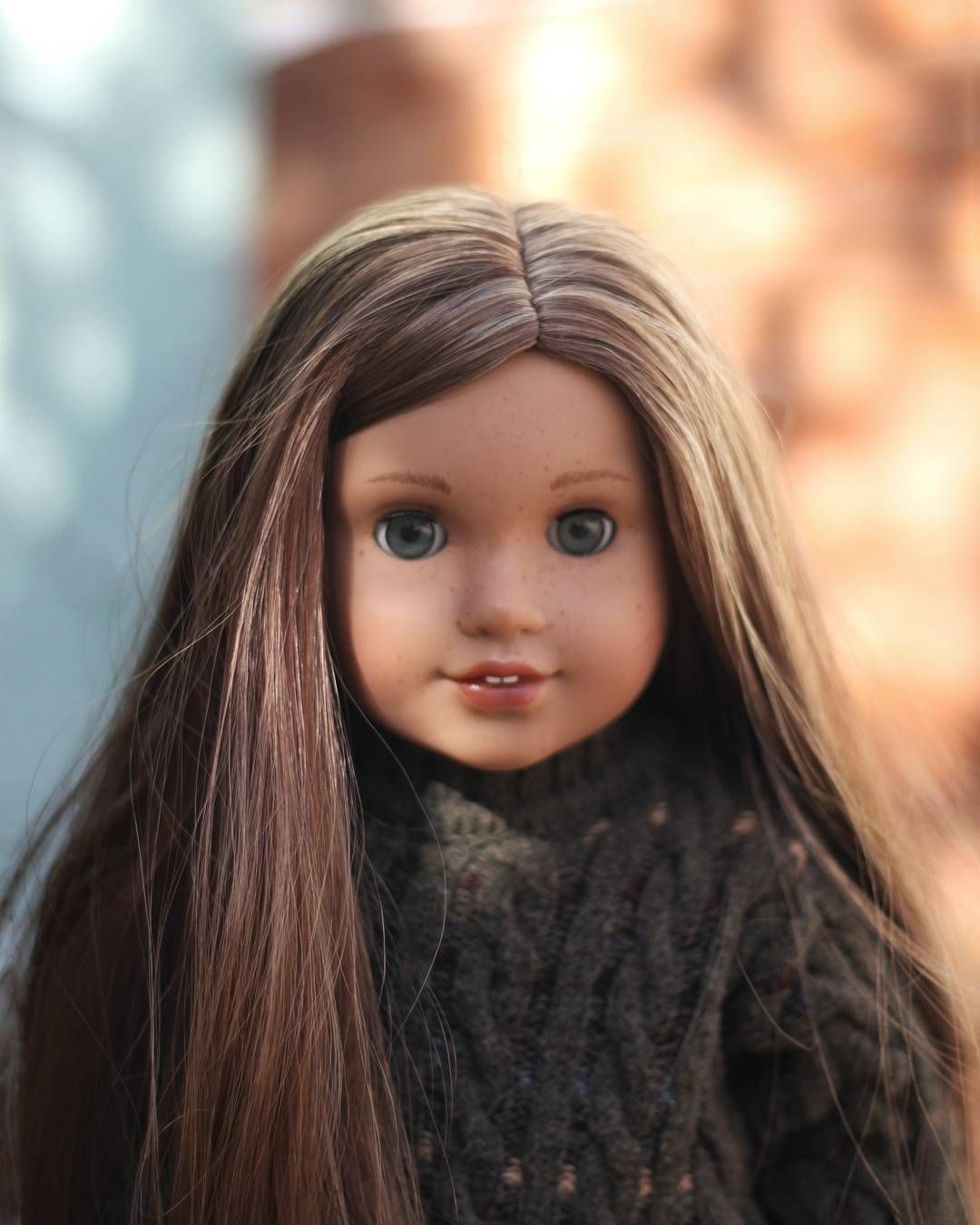 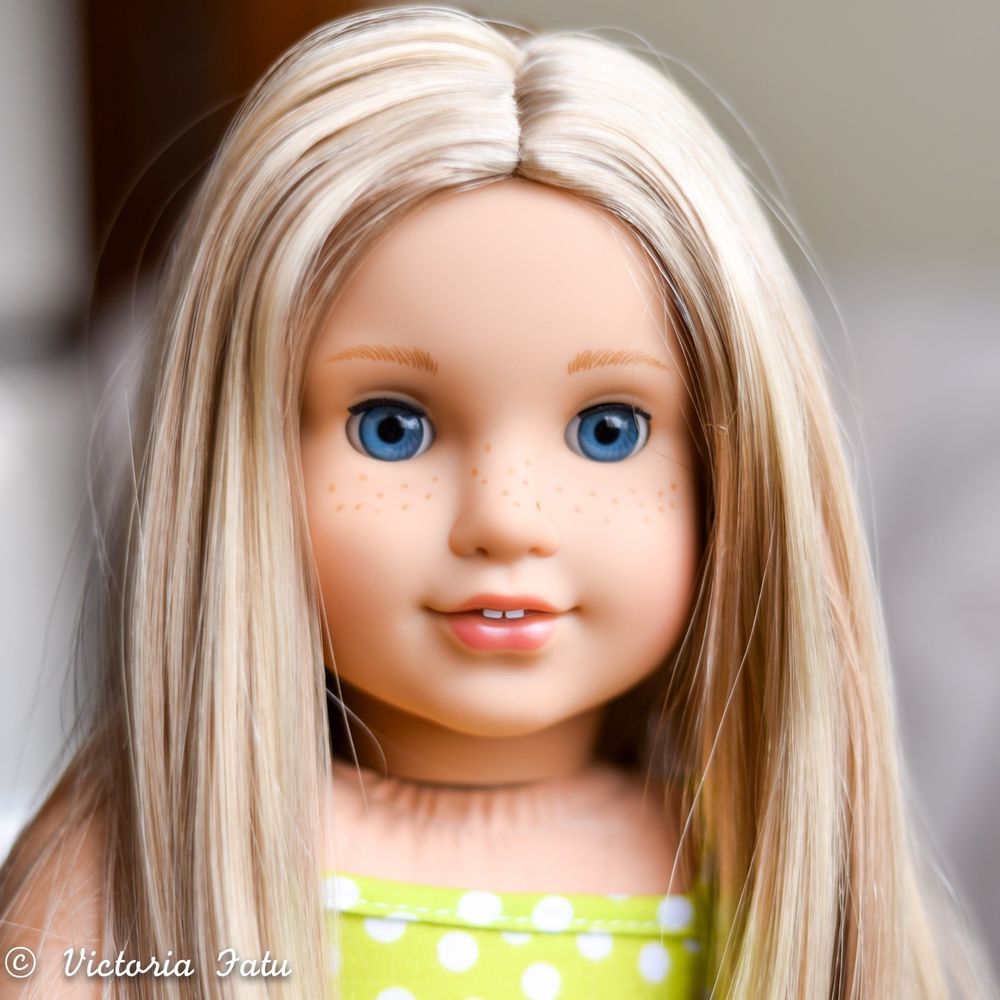 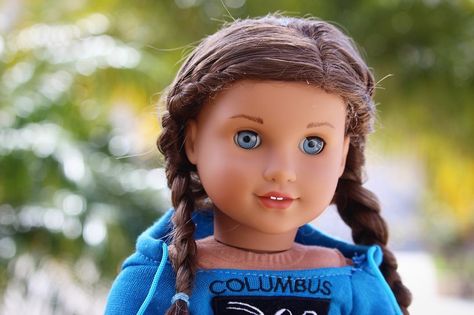 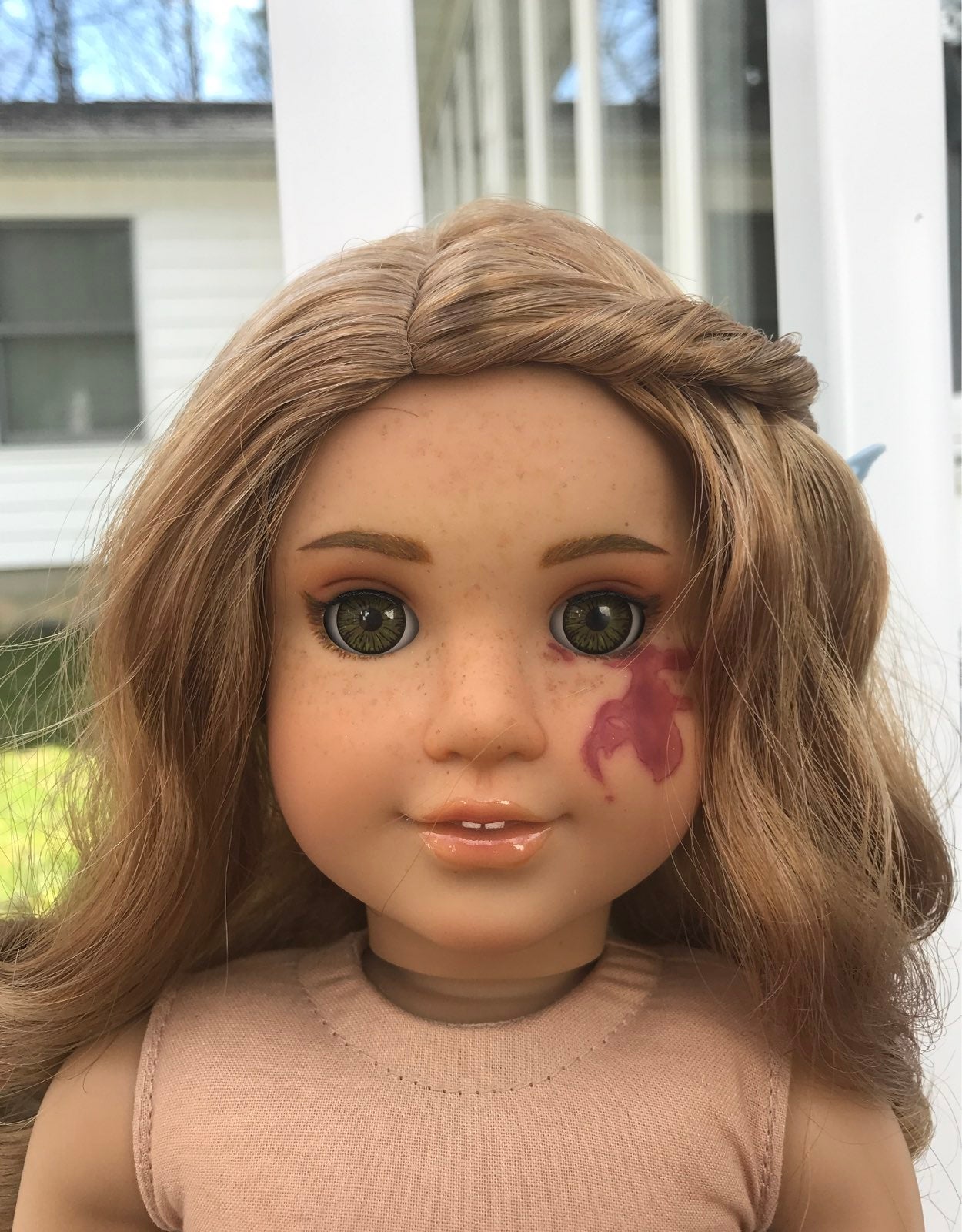 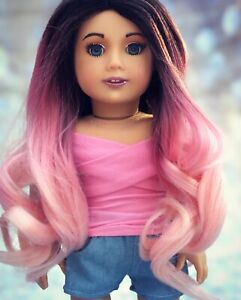 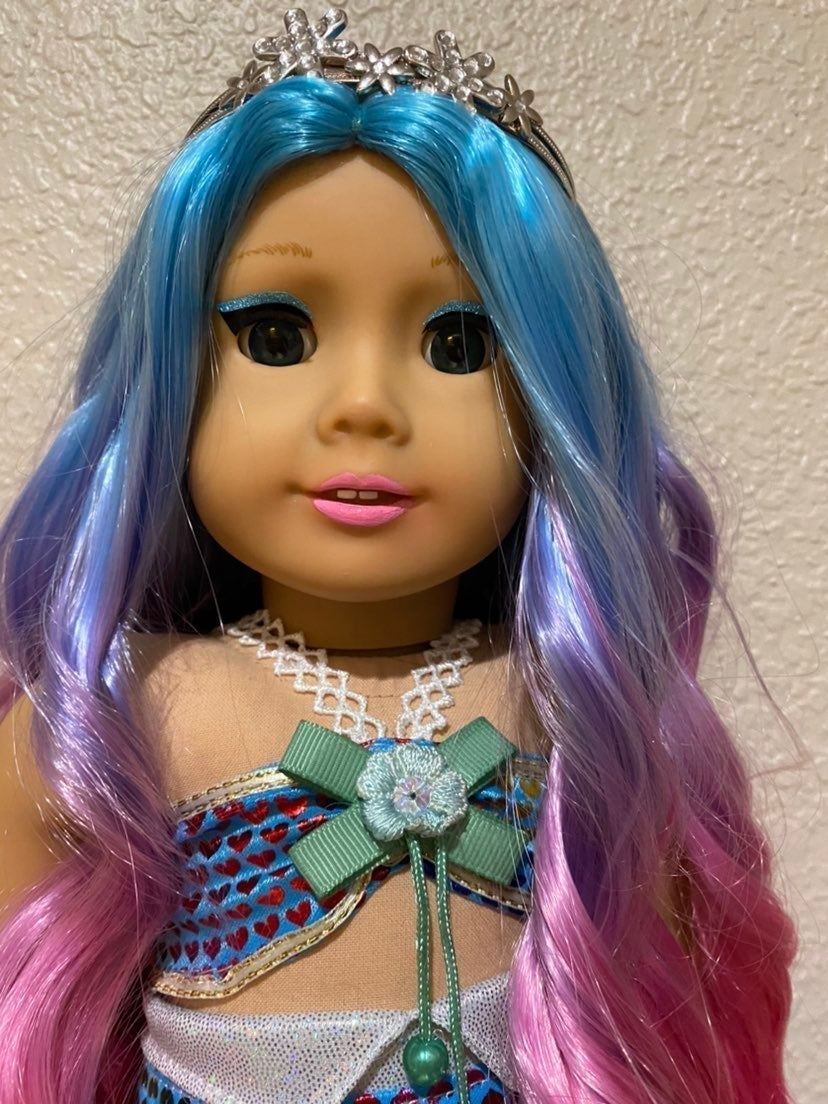 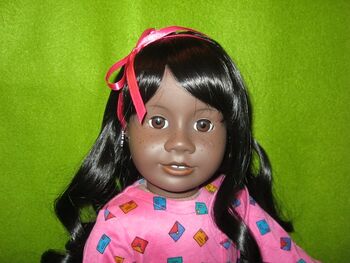