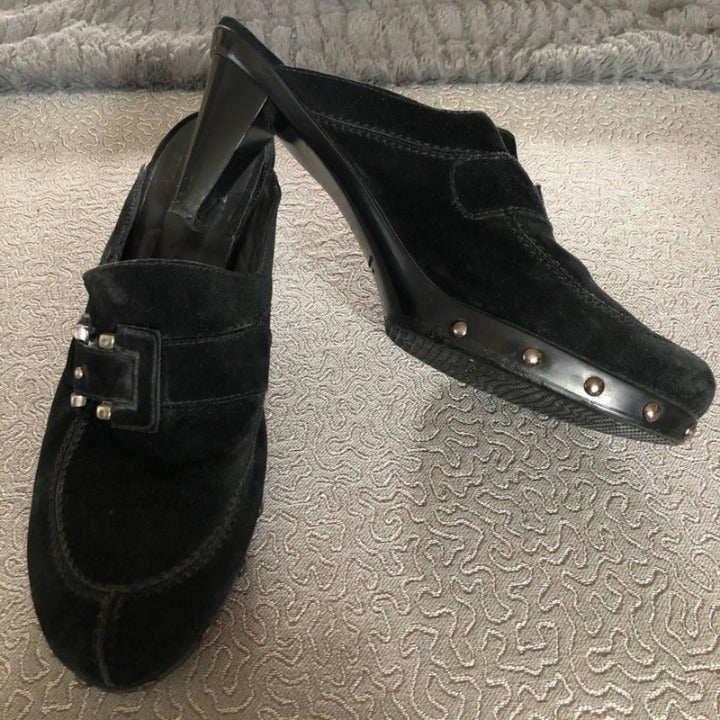 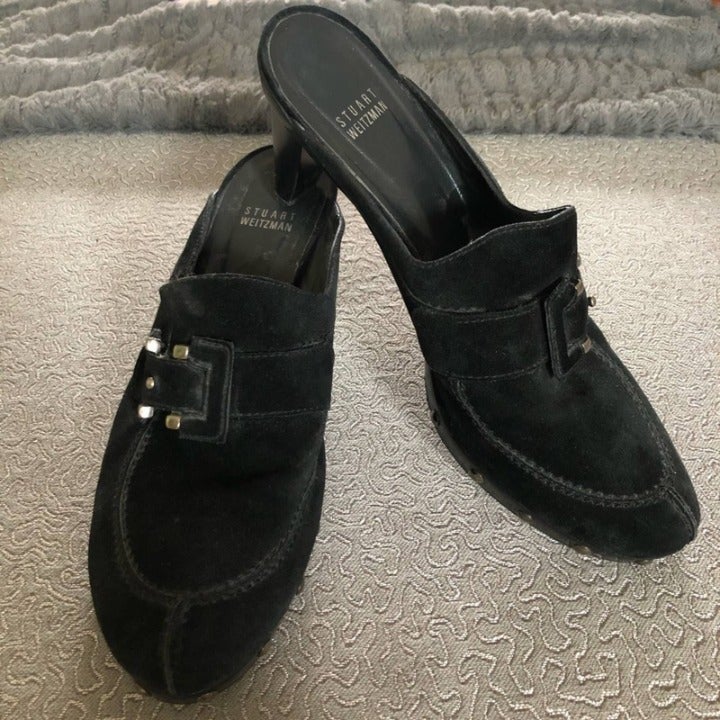 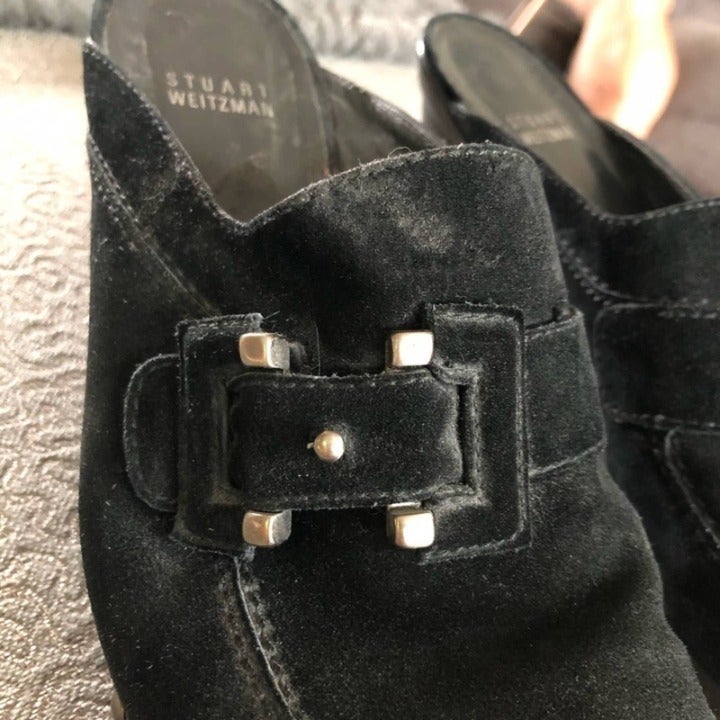 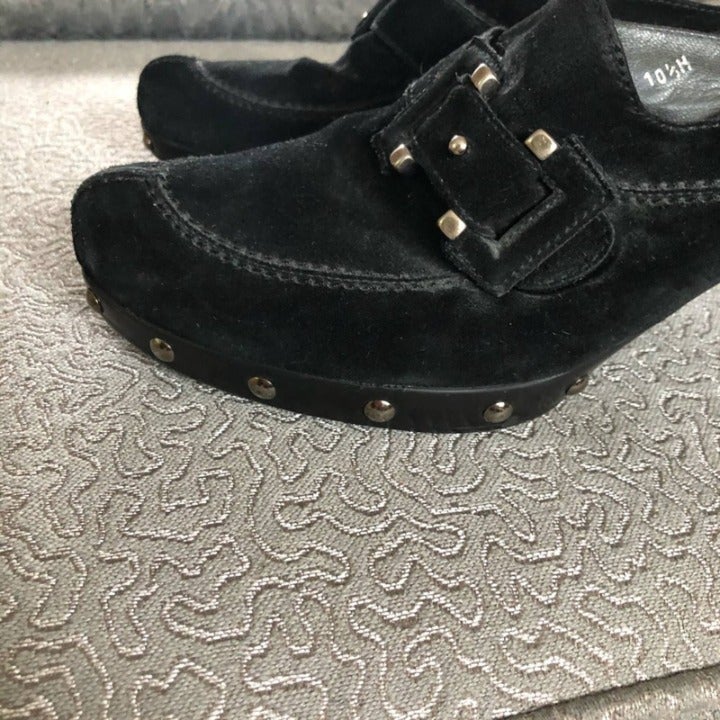 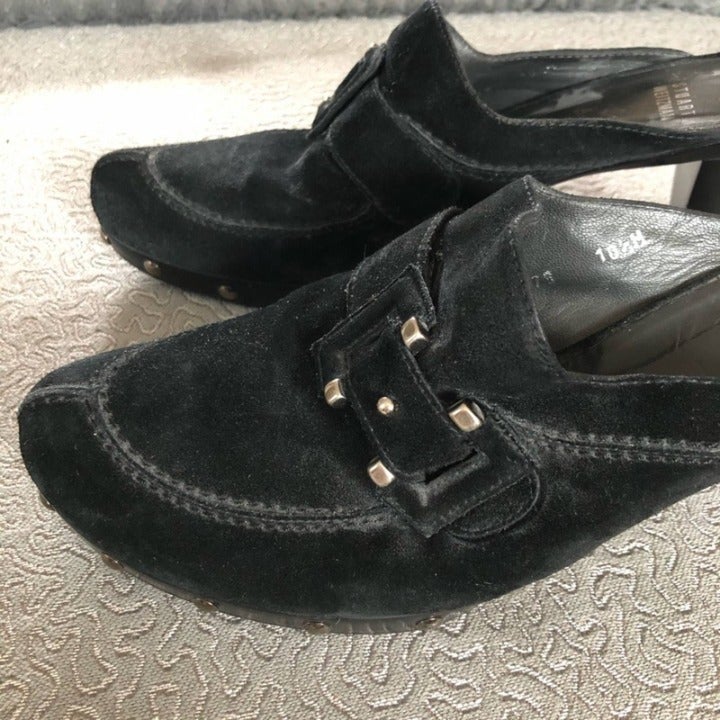 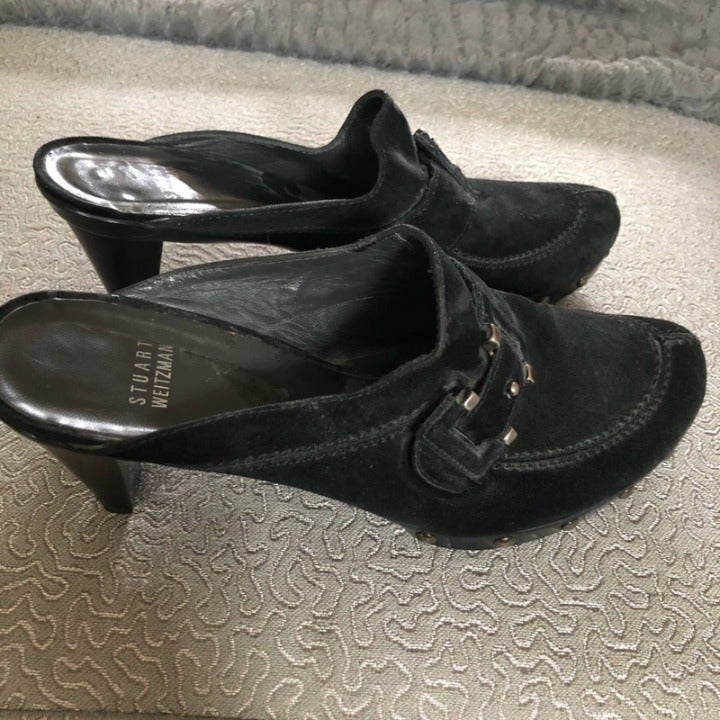 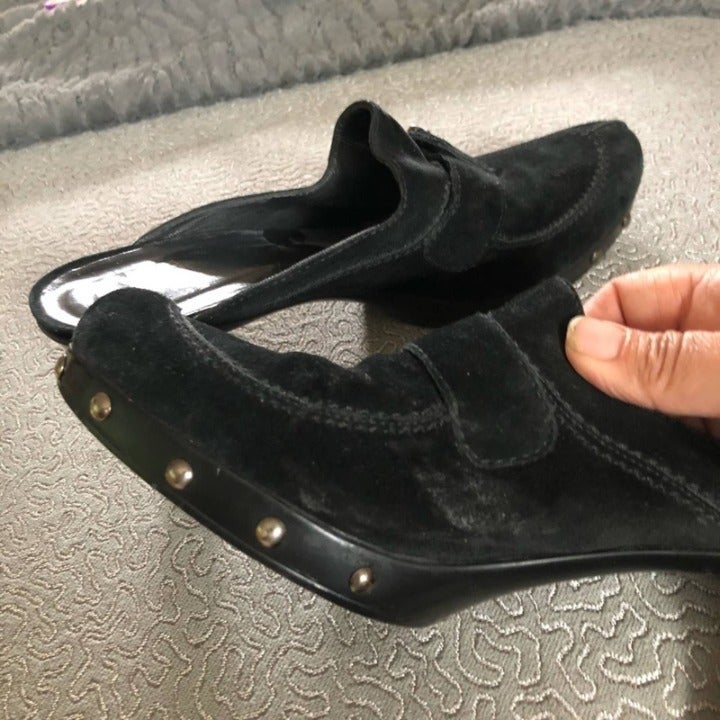 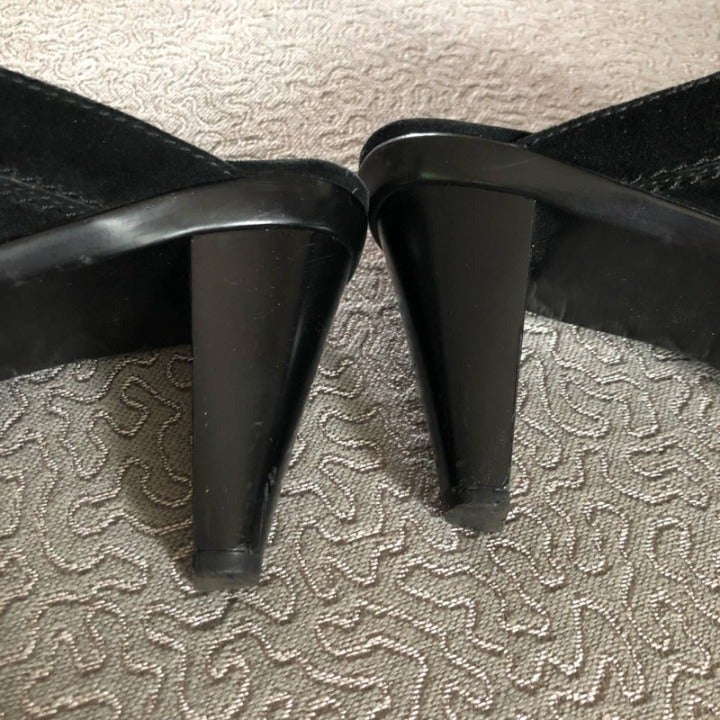 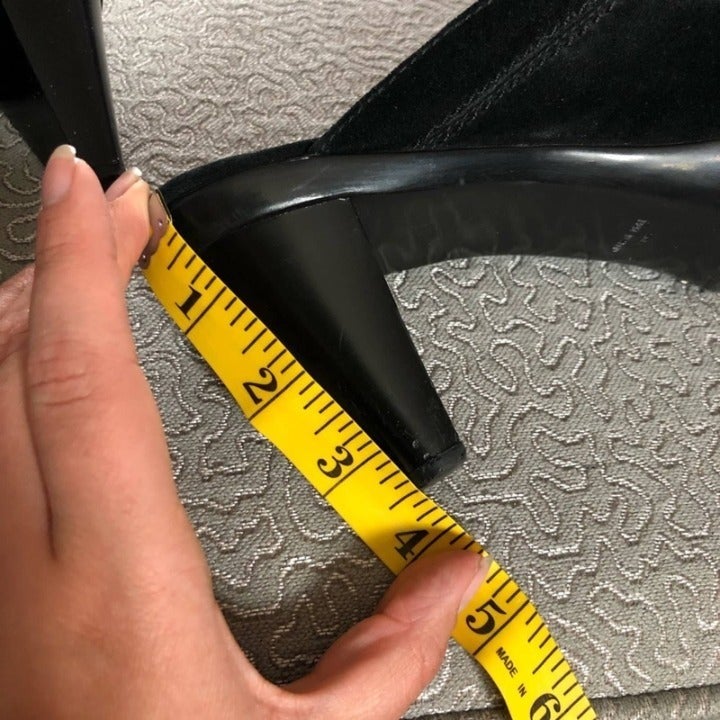 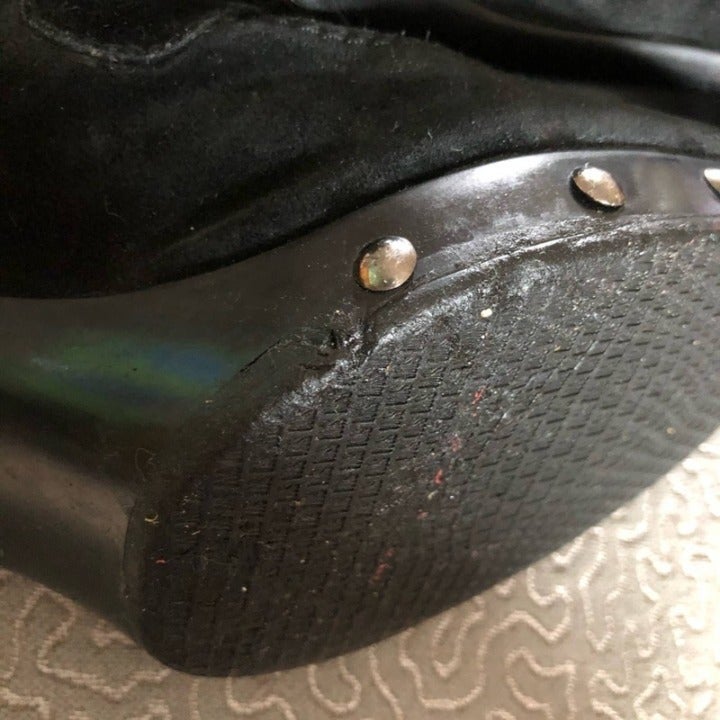 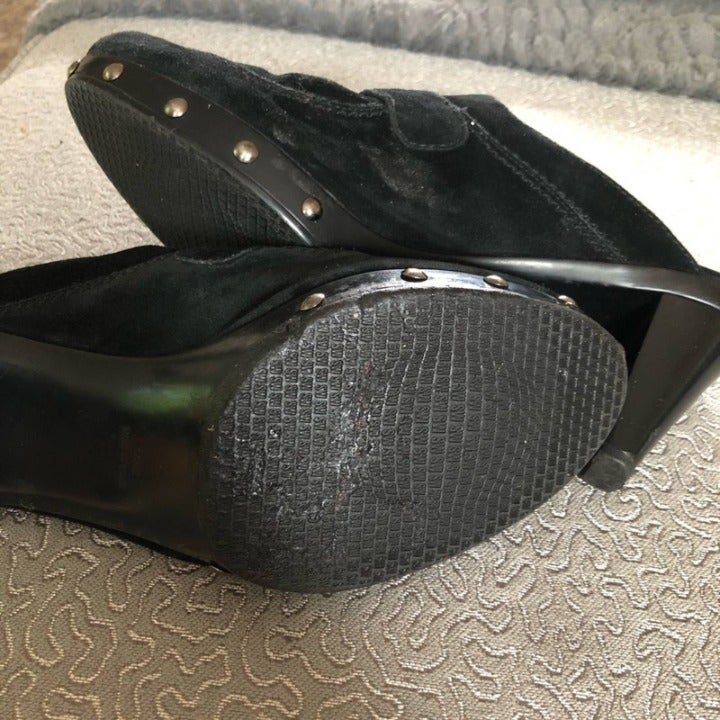 Stuart Weitzman Black Suede Double Agent Mule Clog
Slip on
Buckle detail
Studded platform sole
Stitching detail
~3.5" heel
Size 10.5 M
Overall in great condition, some minor scuffing (pictured) and some chemical type substance got on the sole of one and has dissolved some of the platform away and sole (last 2 pictures) this has made the sole sticky on that one shoe (could easily be re-soled) 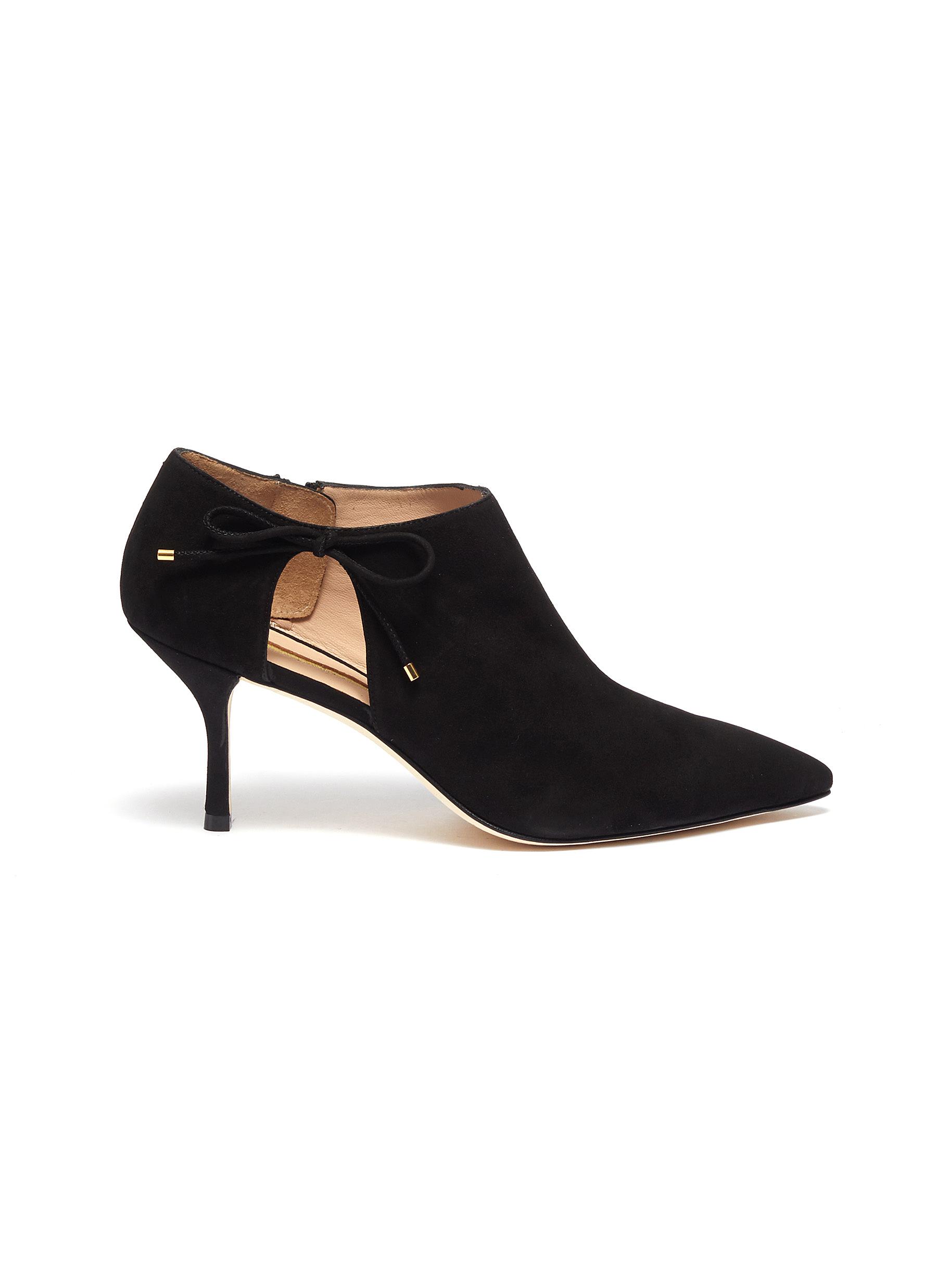 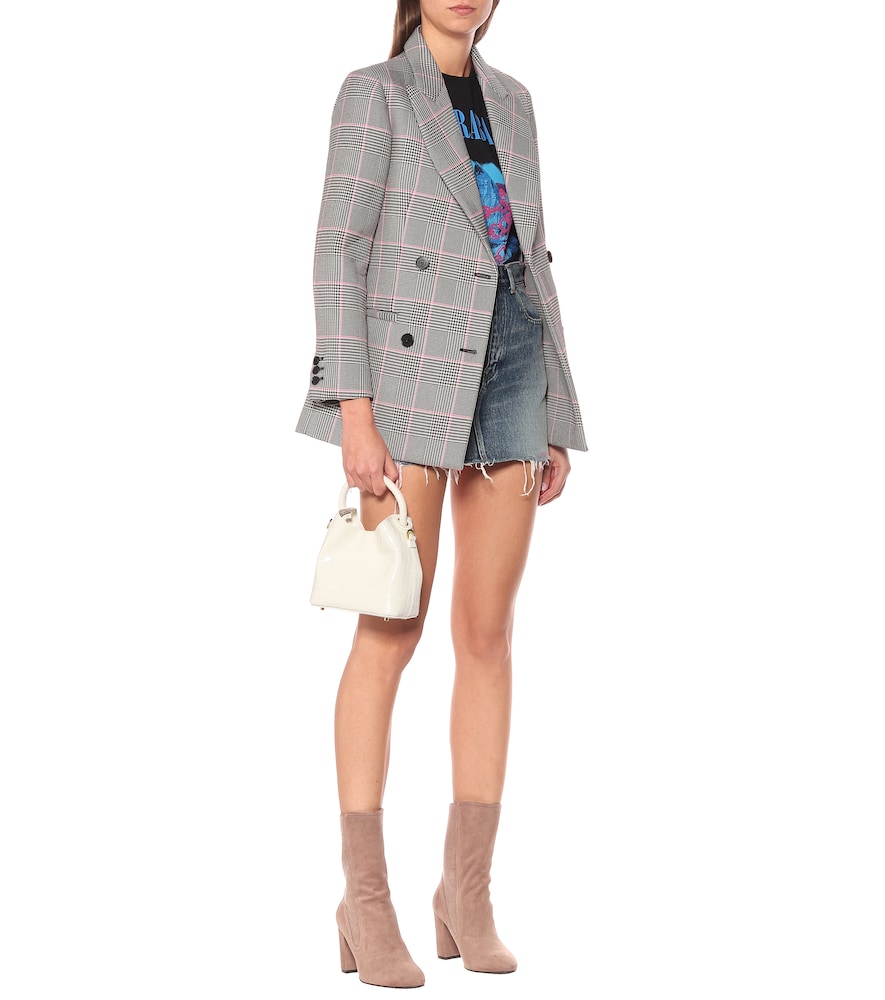 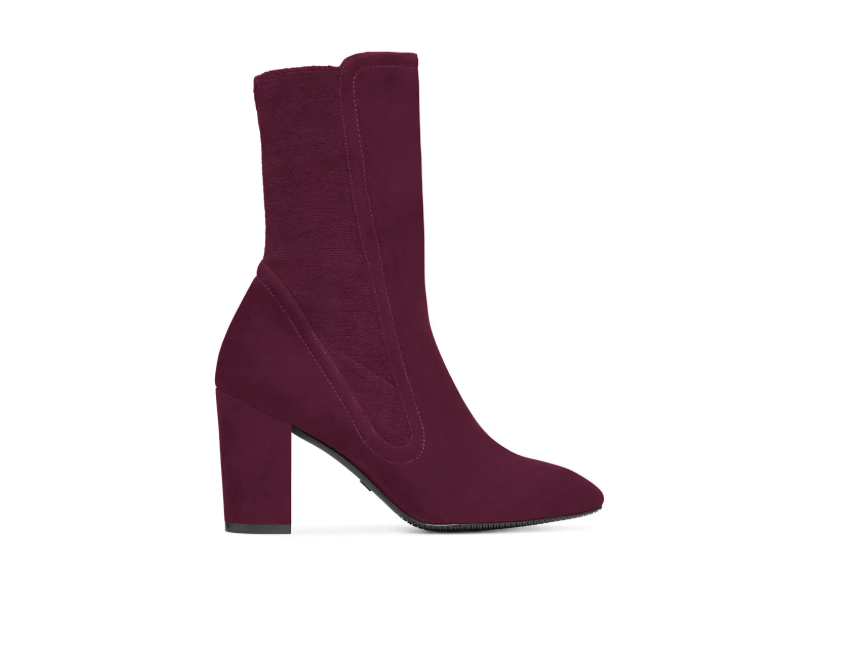 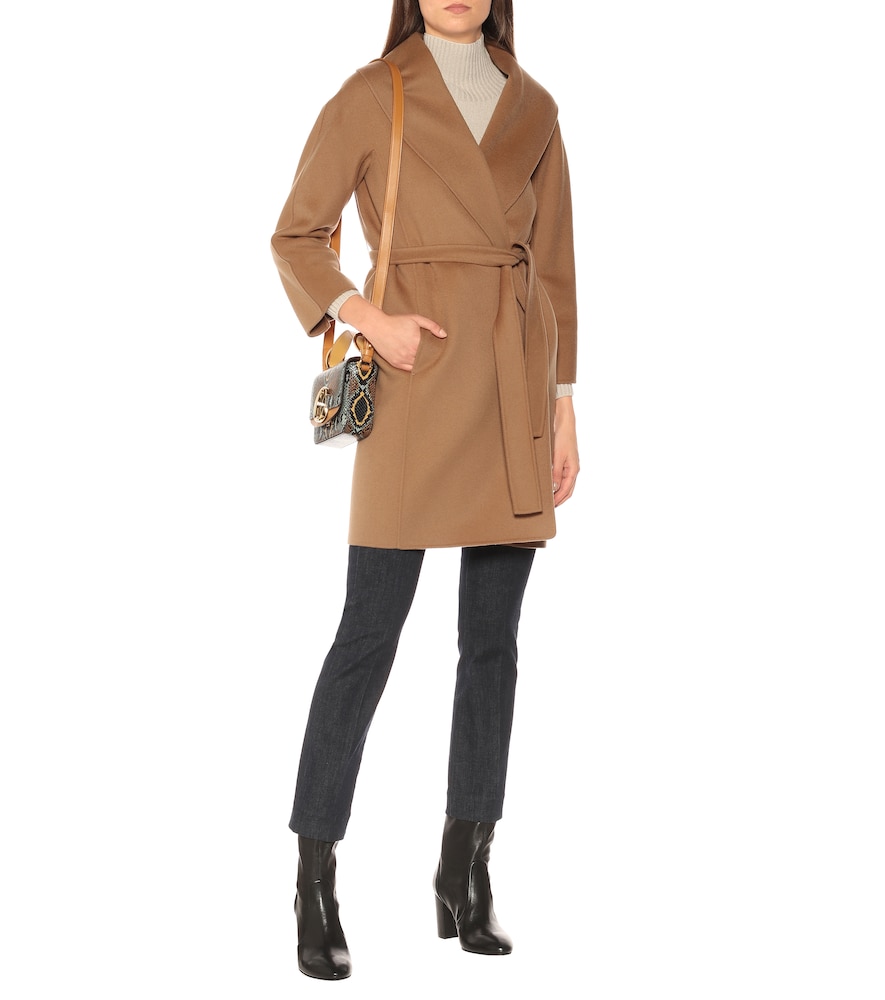 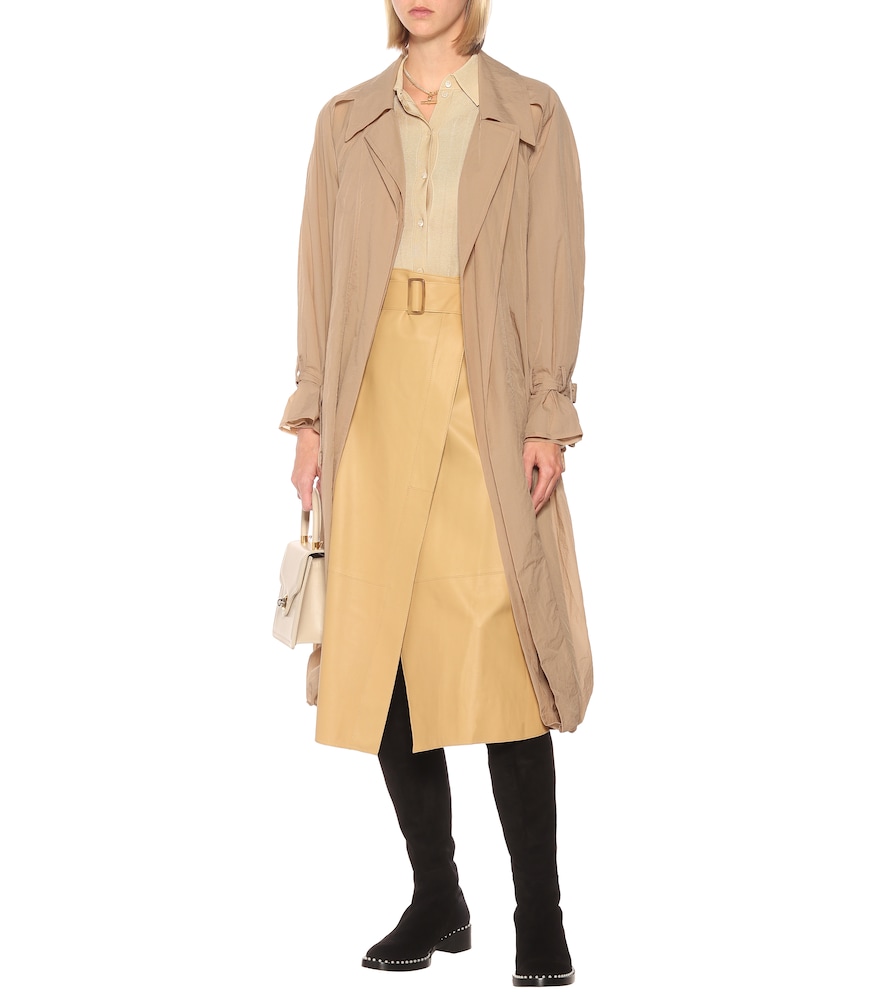 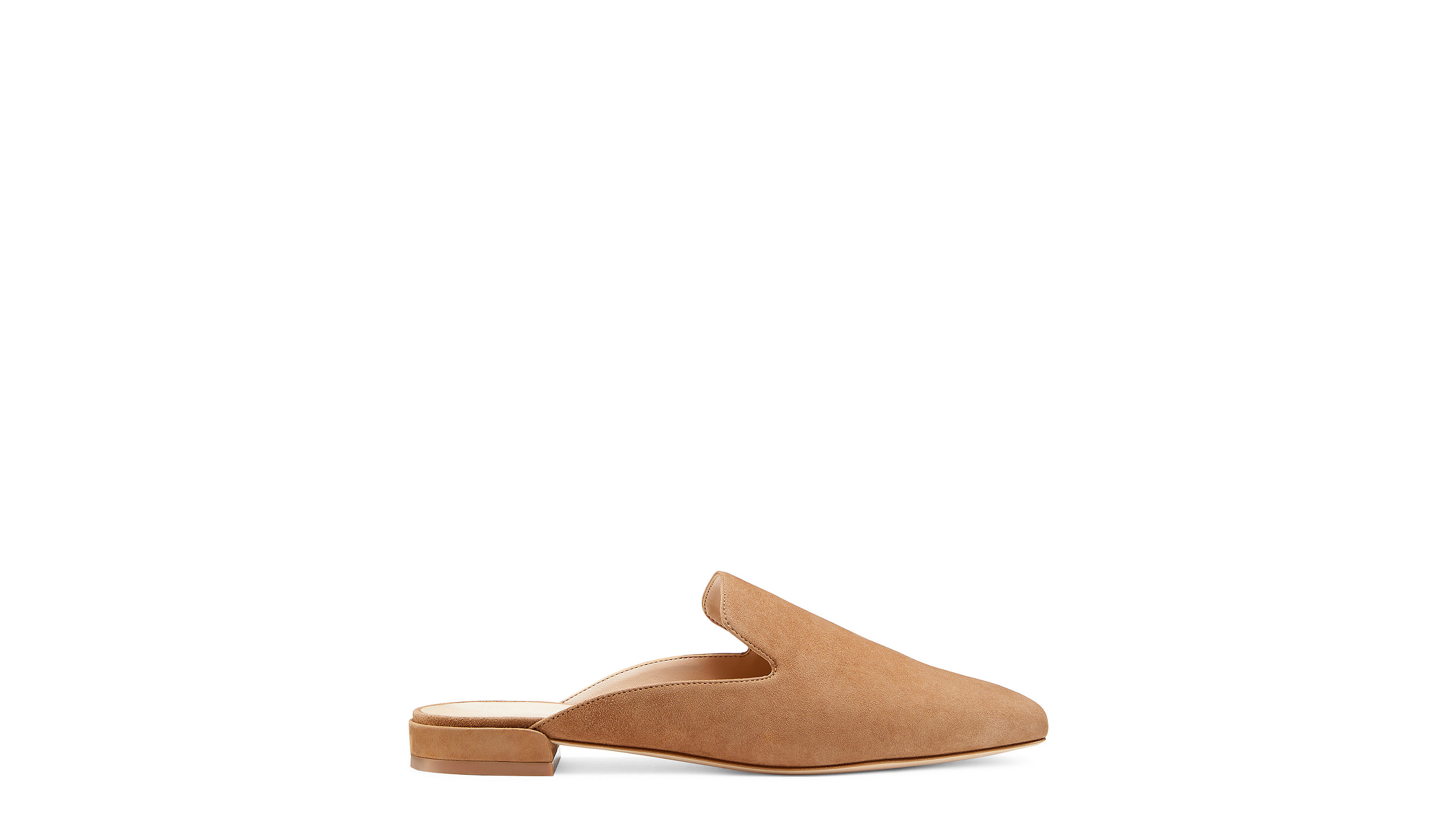 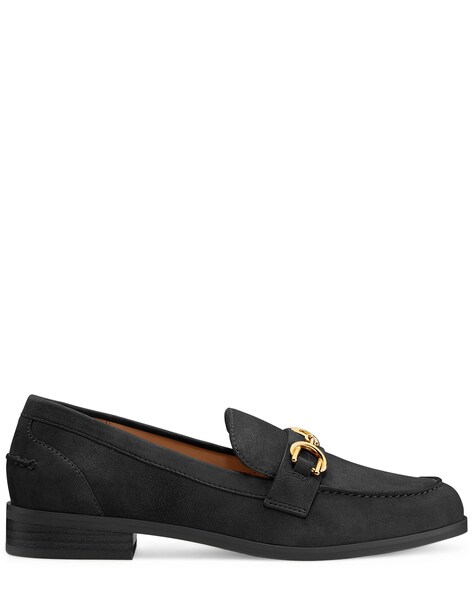 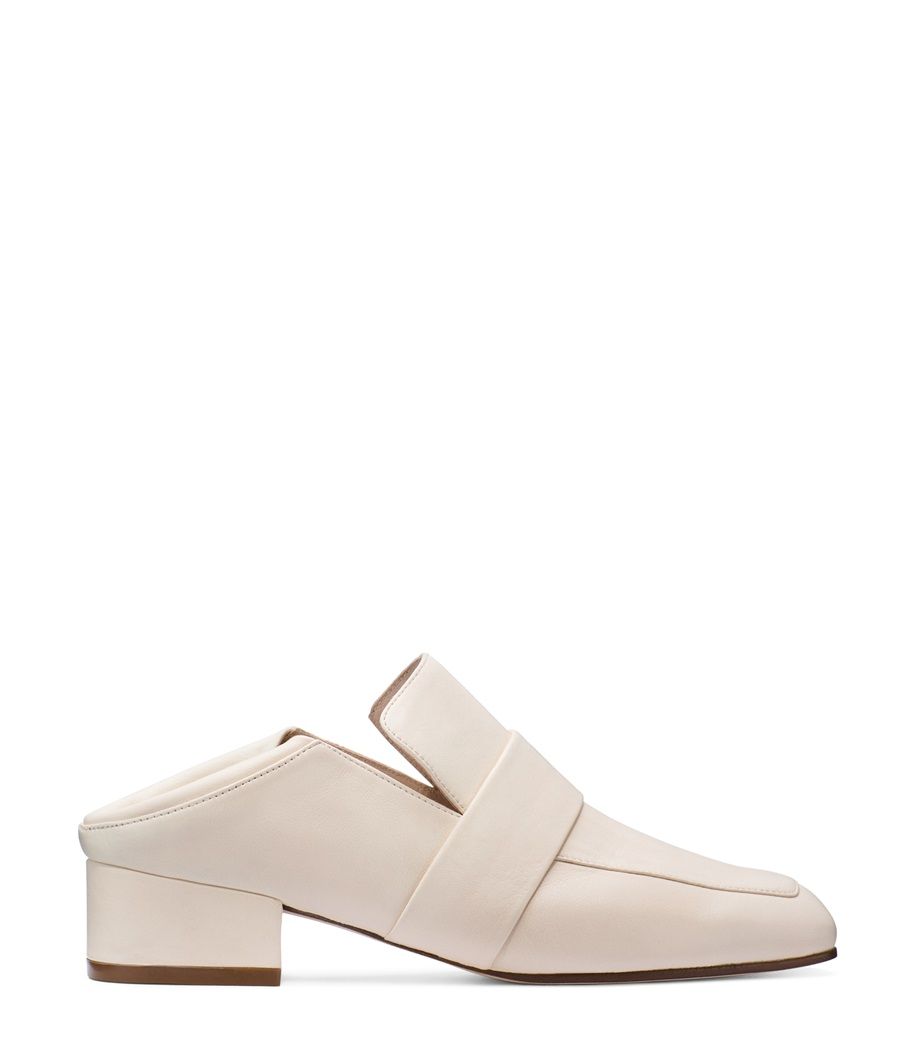 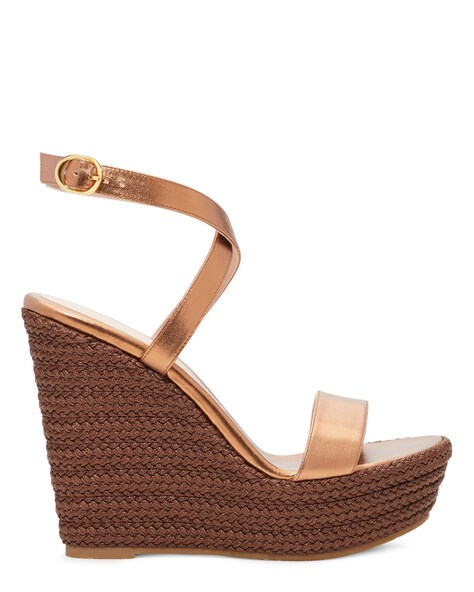