Pet Lock Plus for DOGS the latest 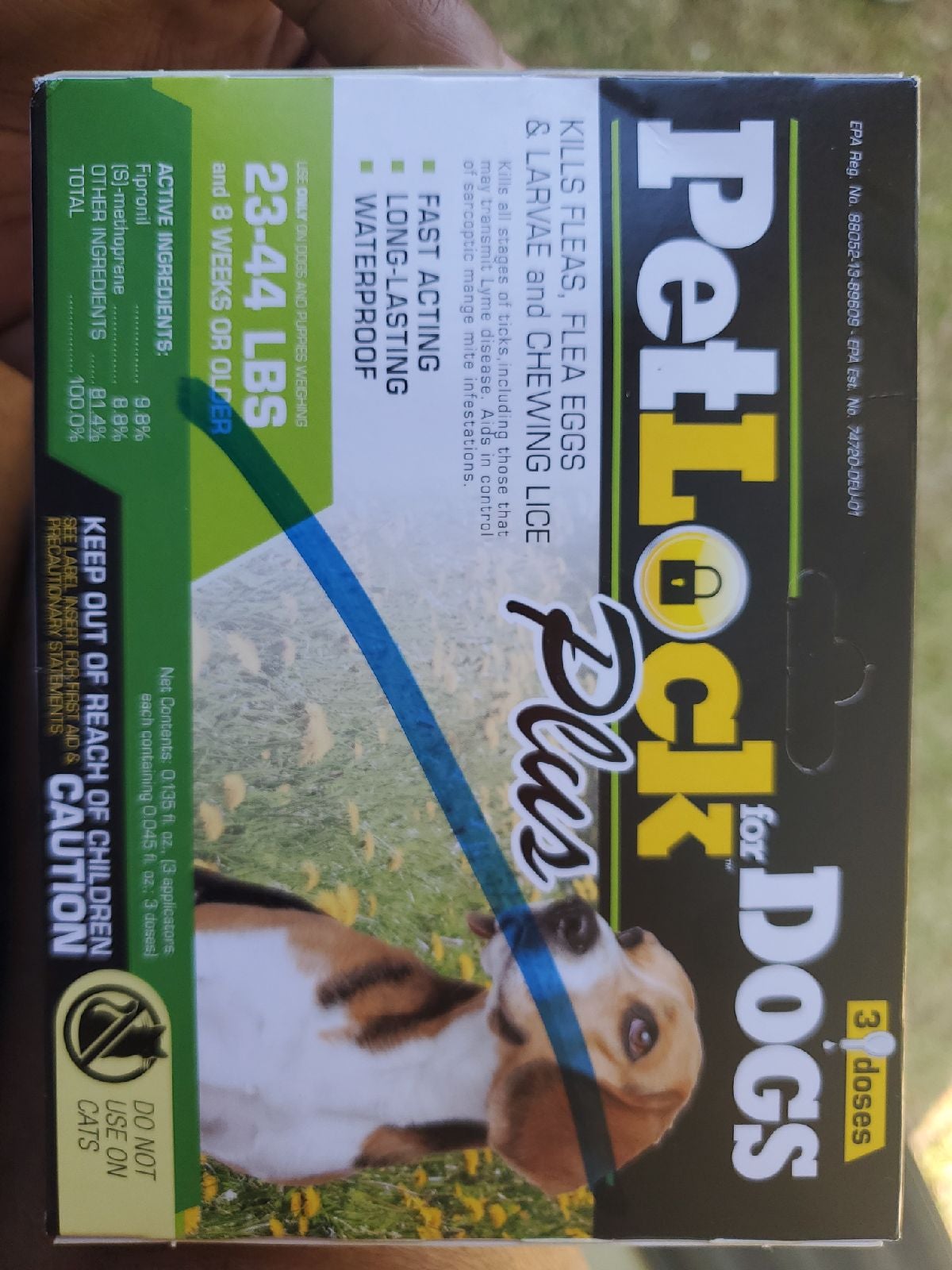 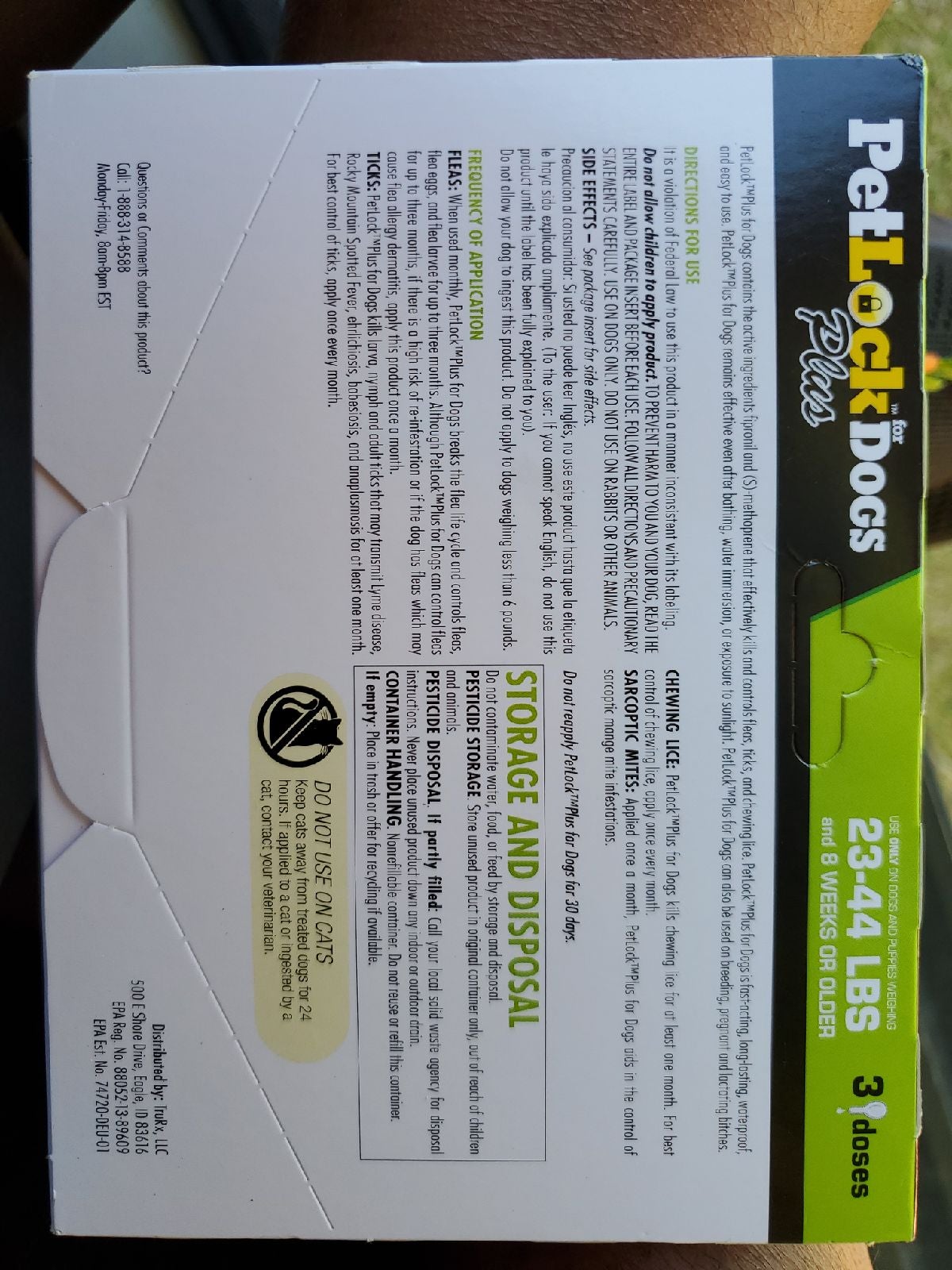 USE ONLY ON DOGS AND PUPPIES
Kills Fleas, Flea Eggs & Larvae and Chewing Lice
-Fast Acting
-Long-Lasting
-Waterproof
23-44 LBS and 8 weeks or older 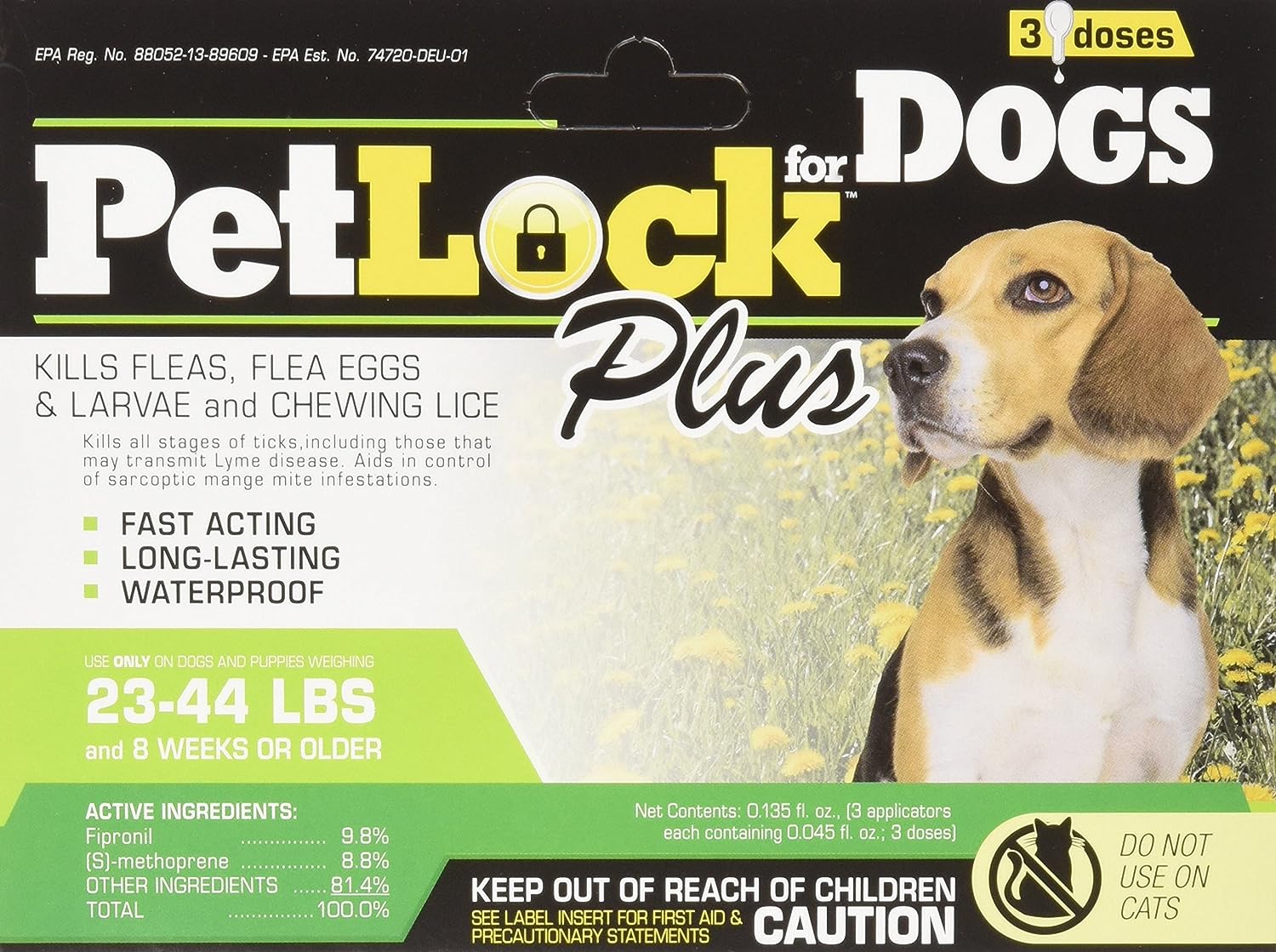 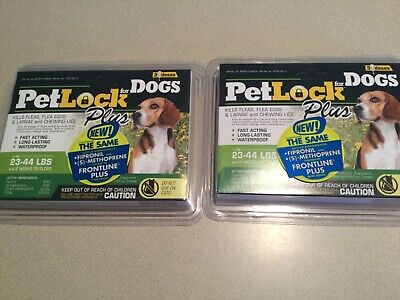 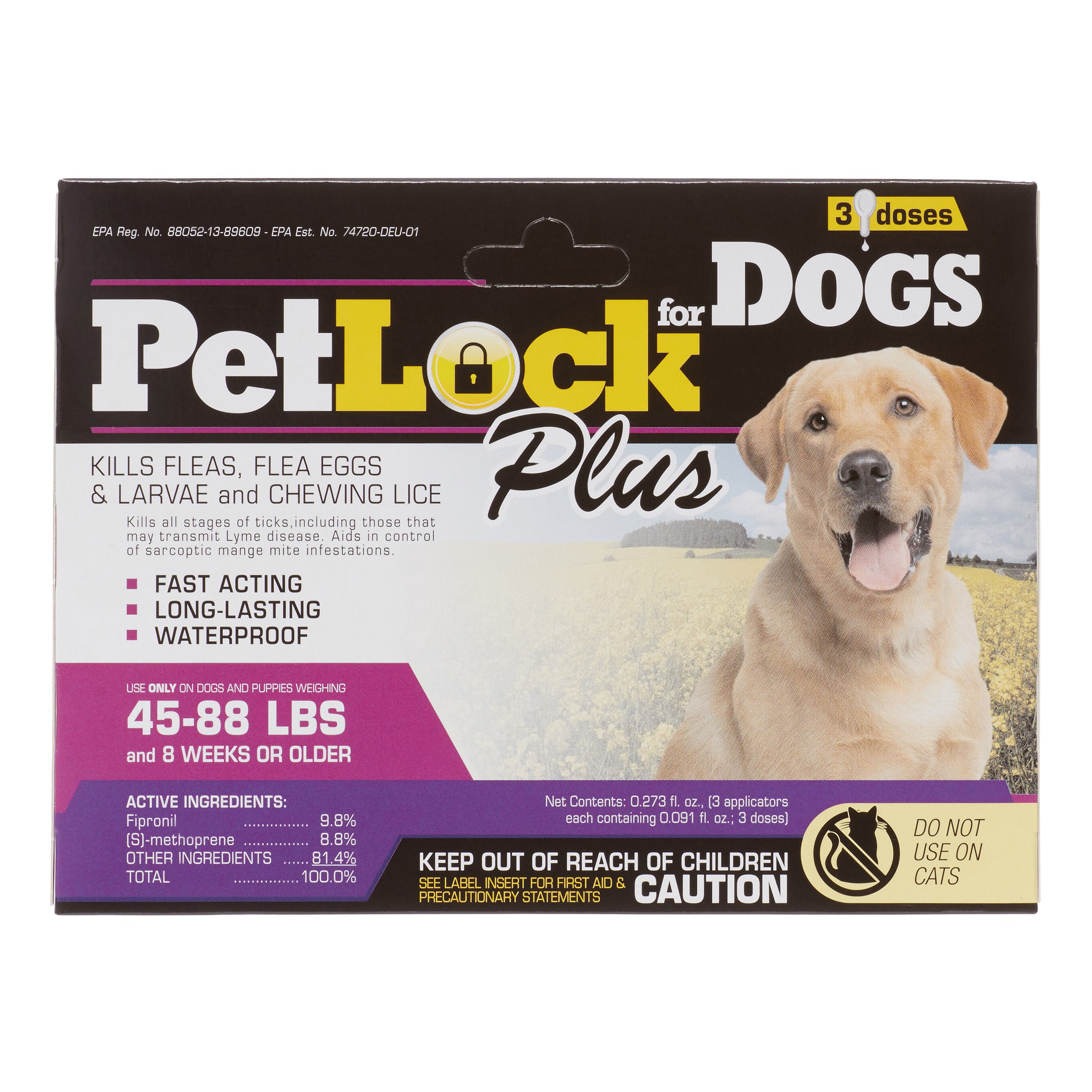 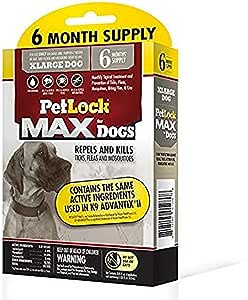 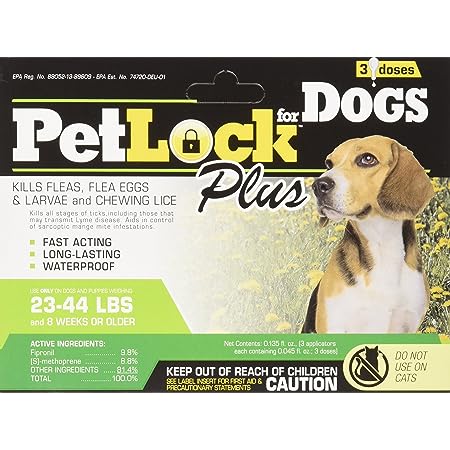 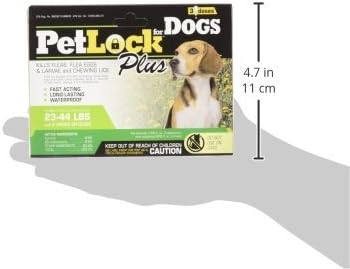 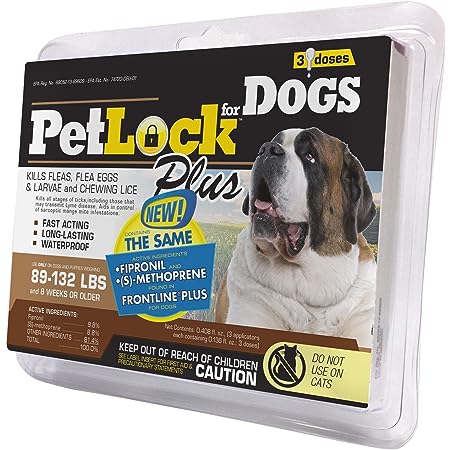 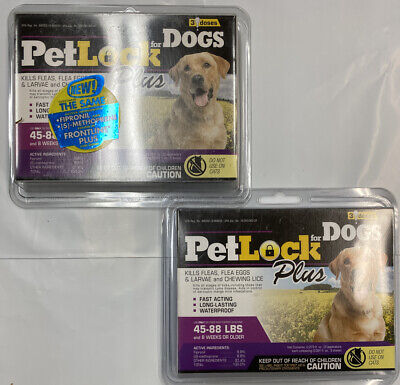 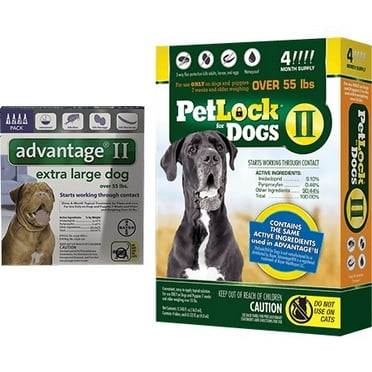 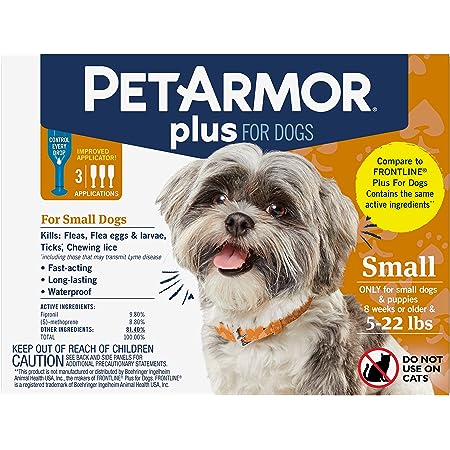 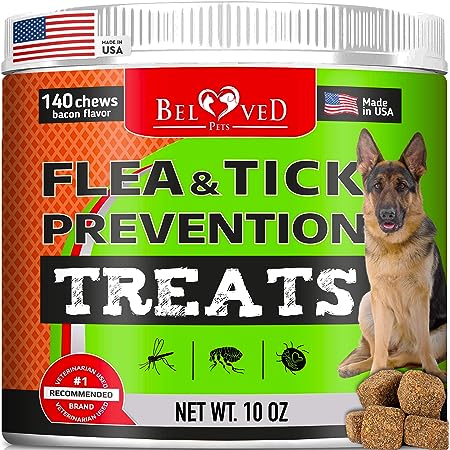 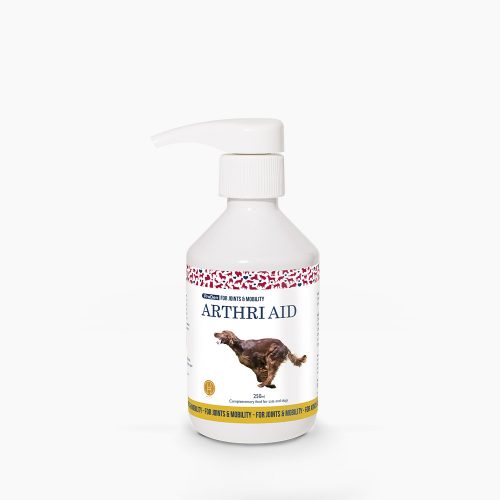 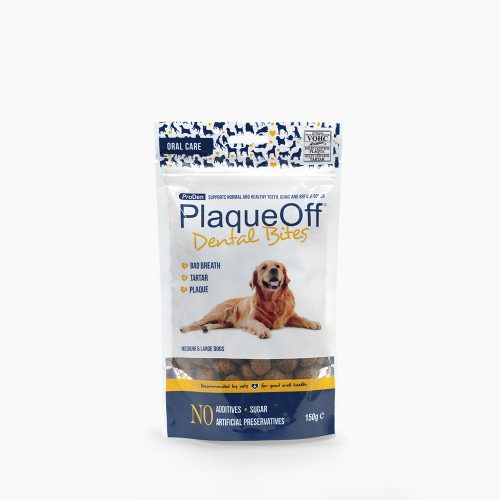 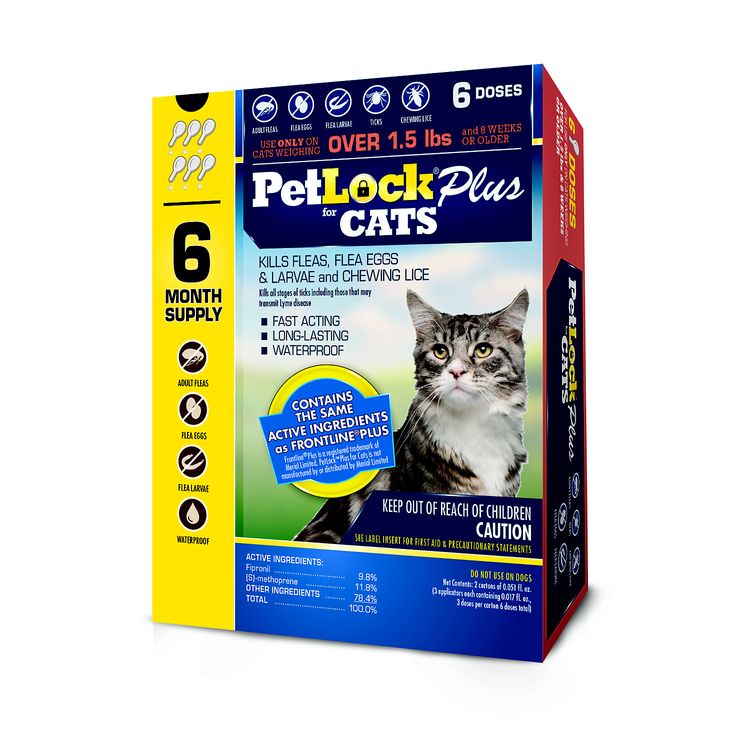 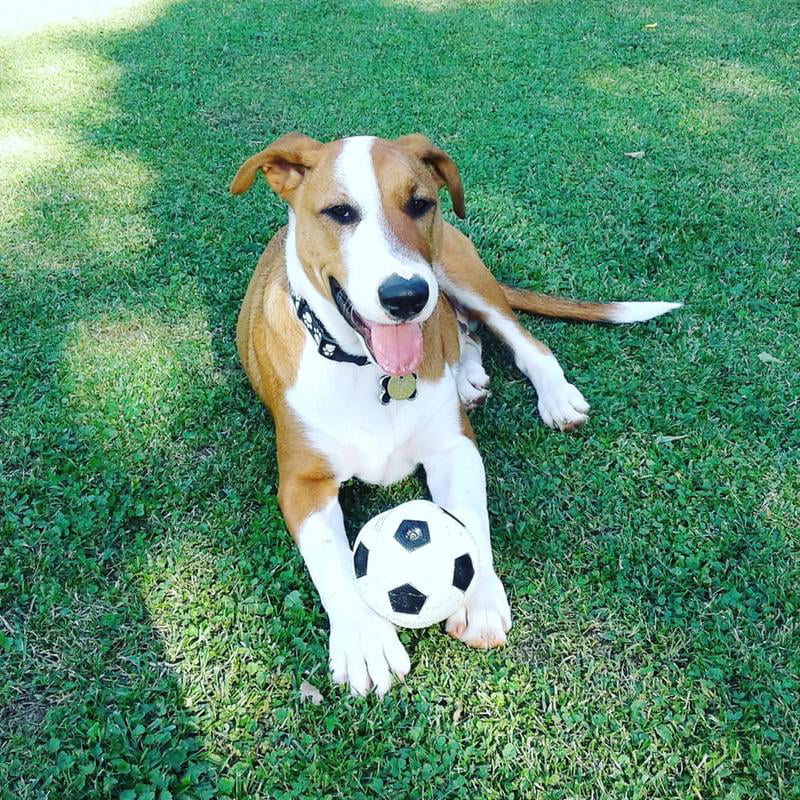 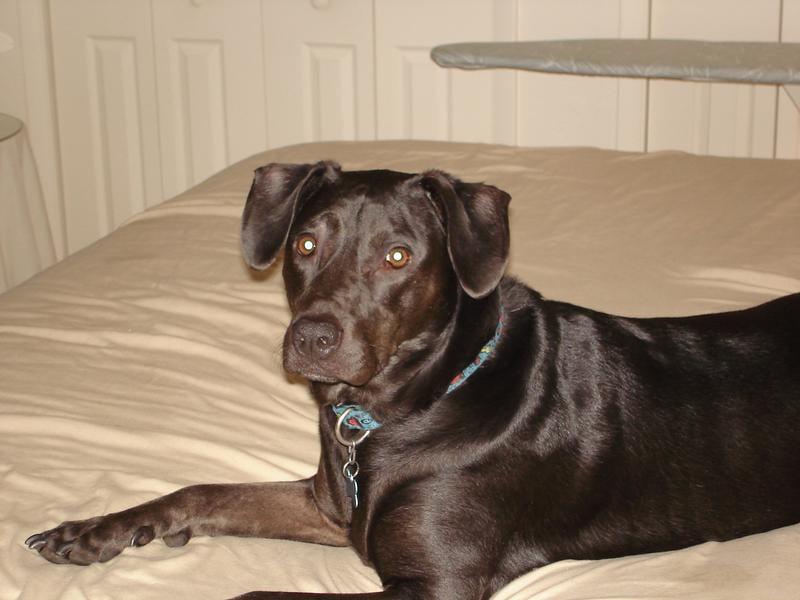 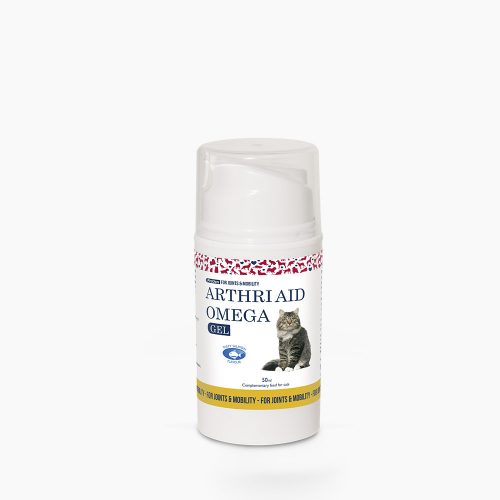 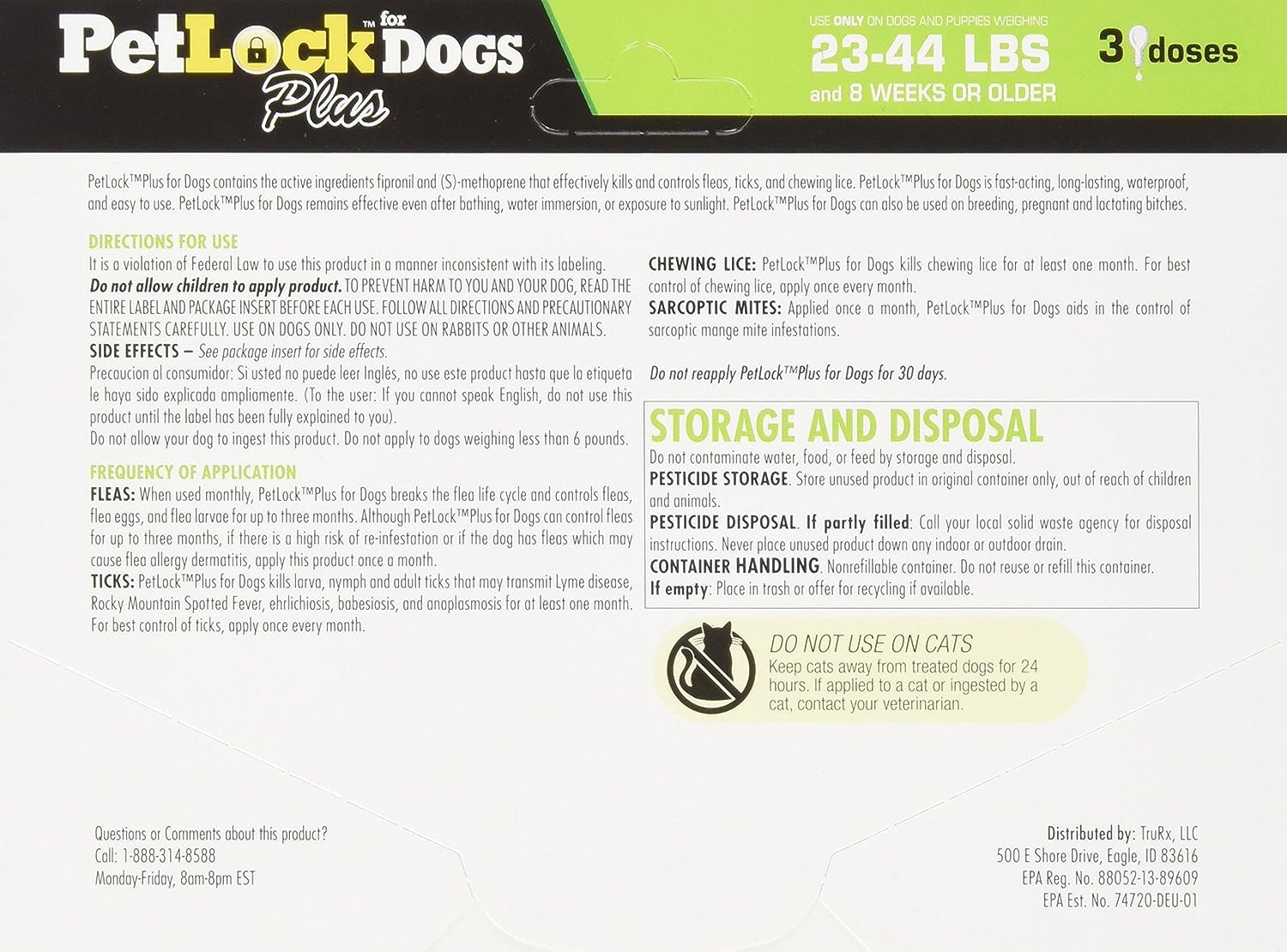