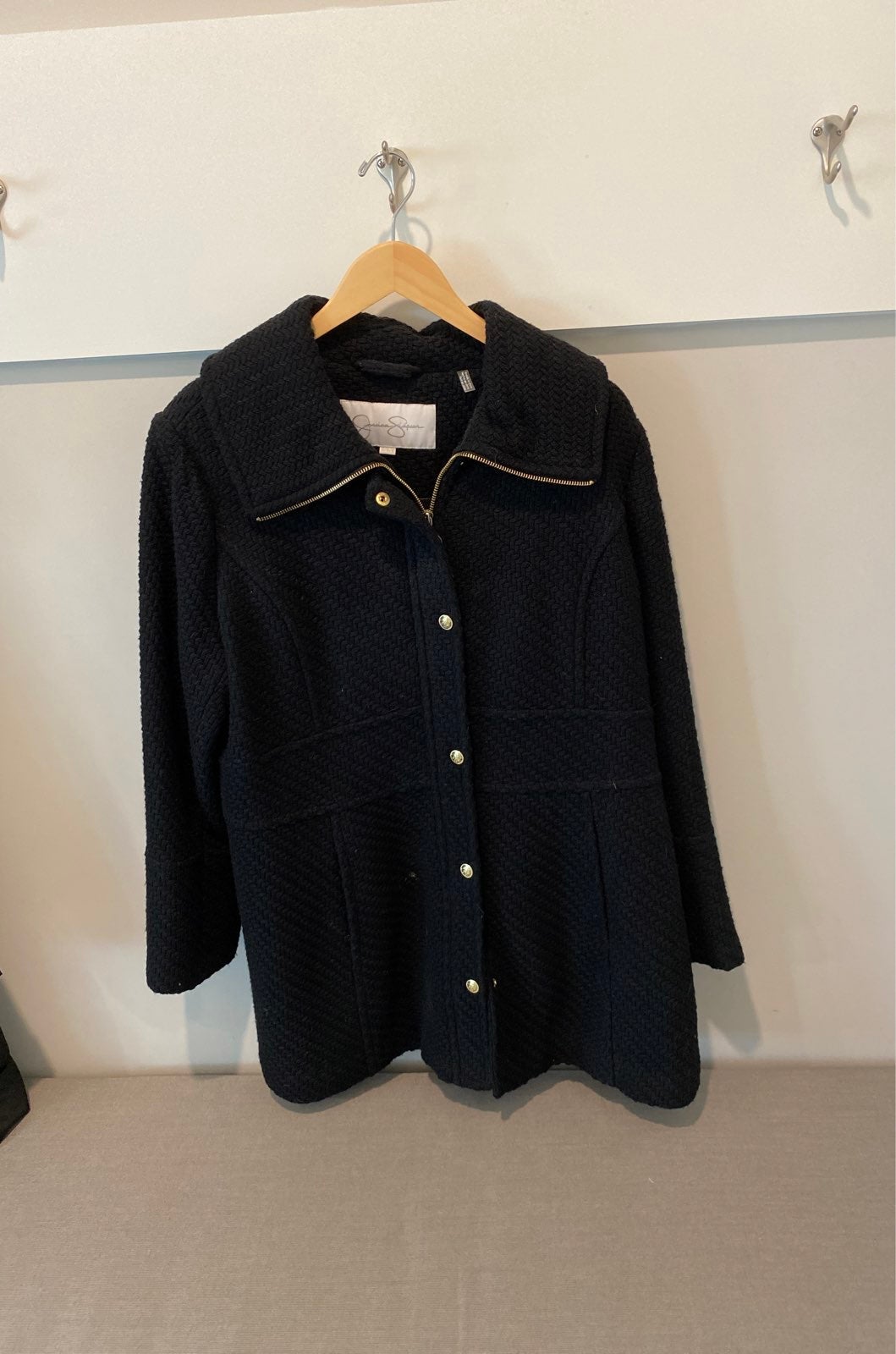 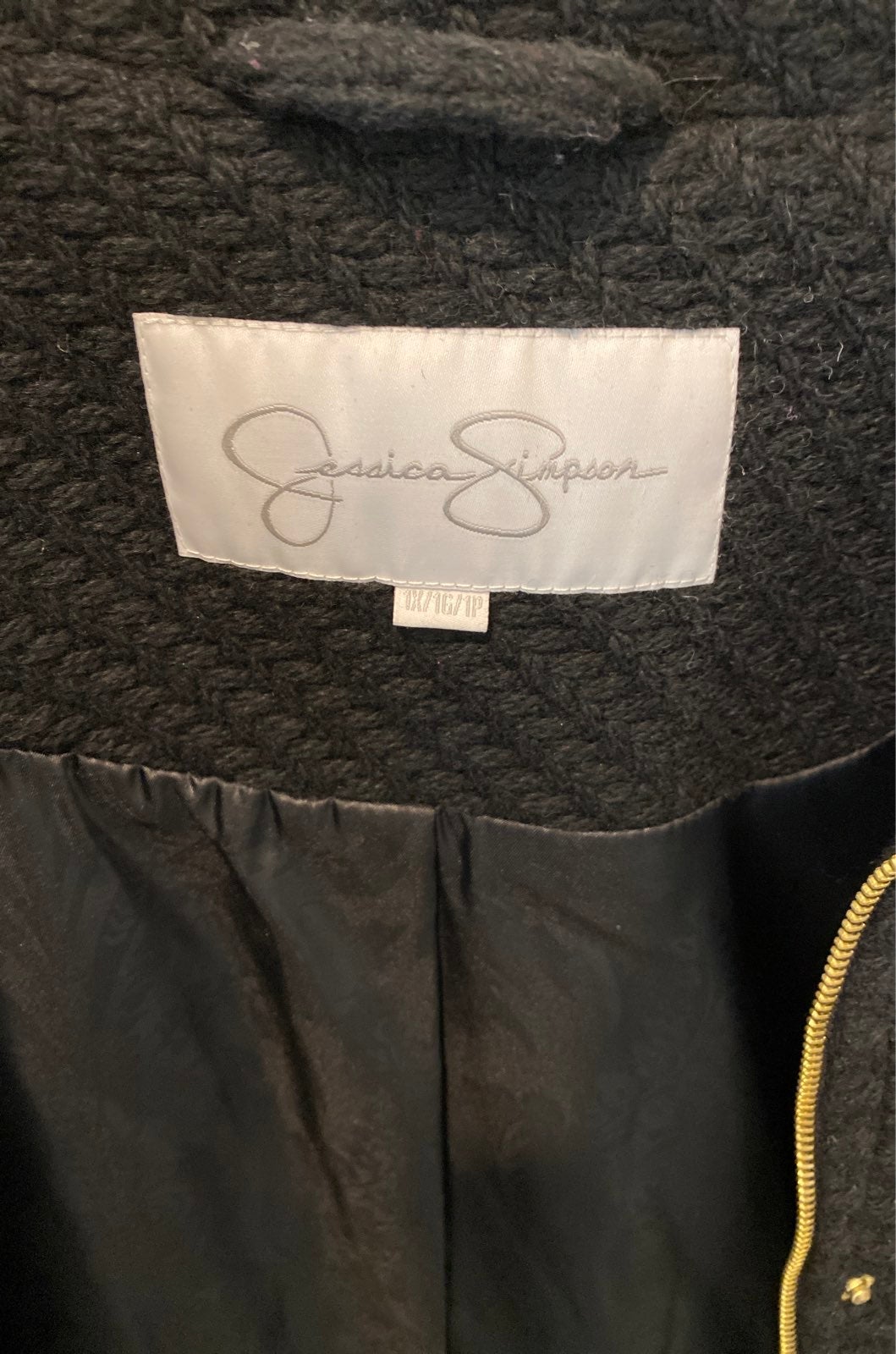 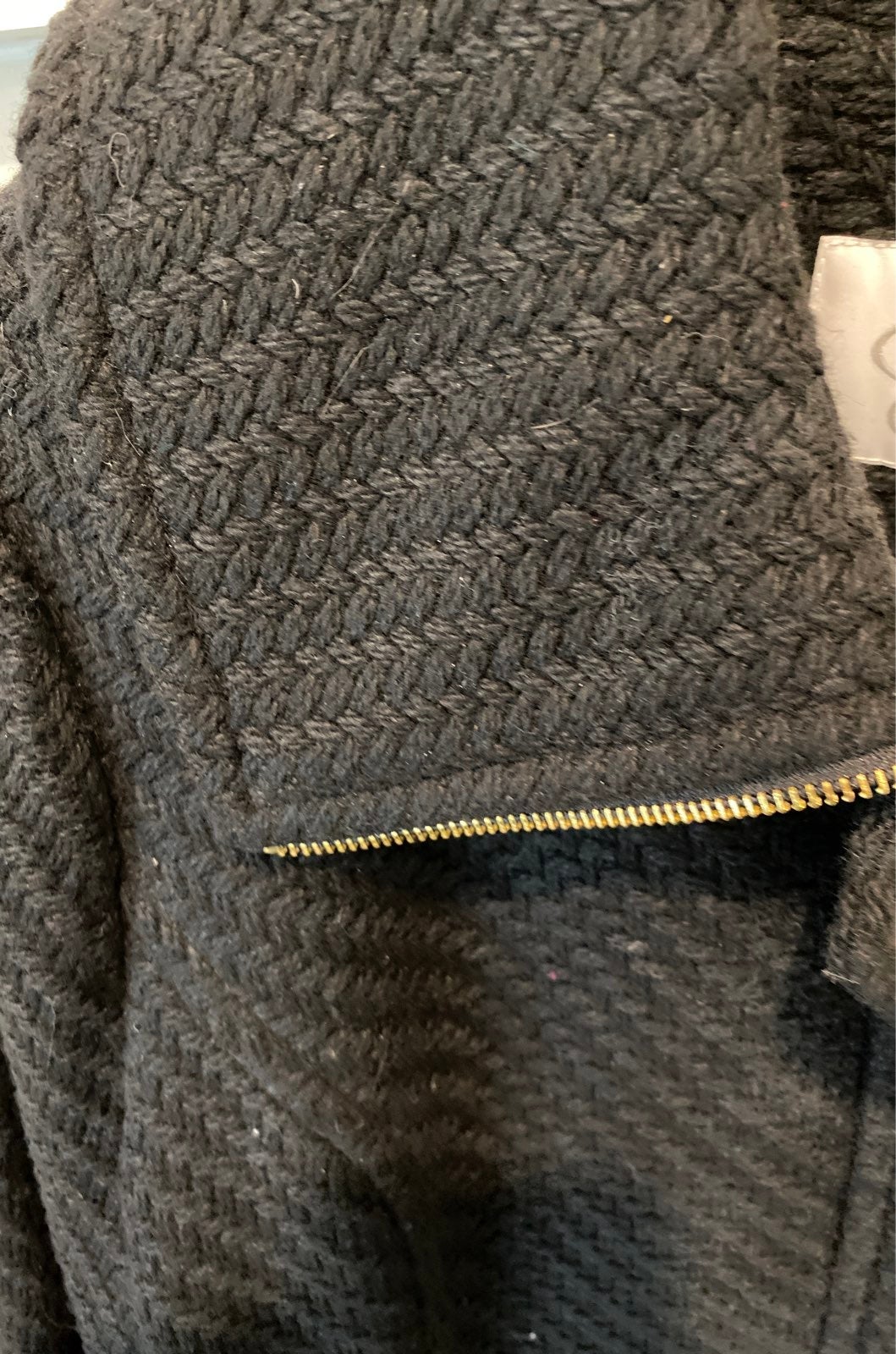 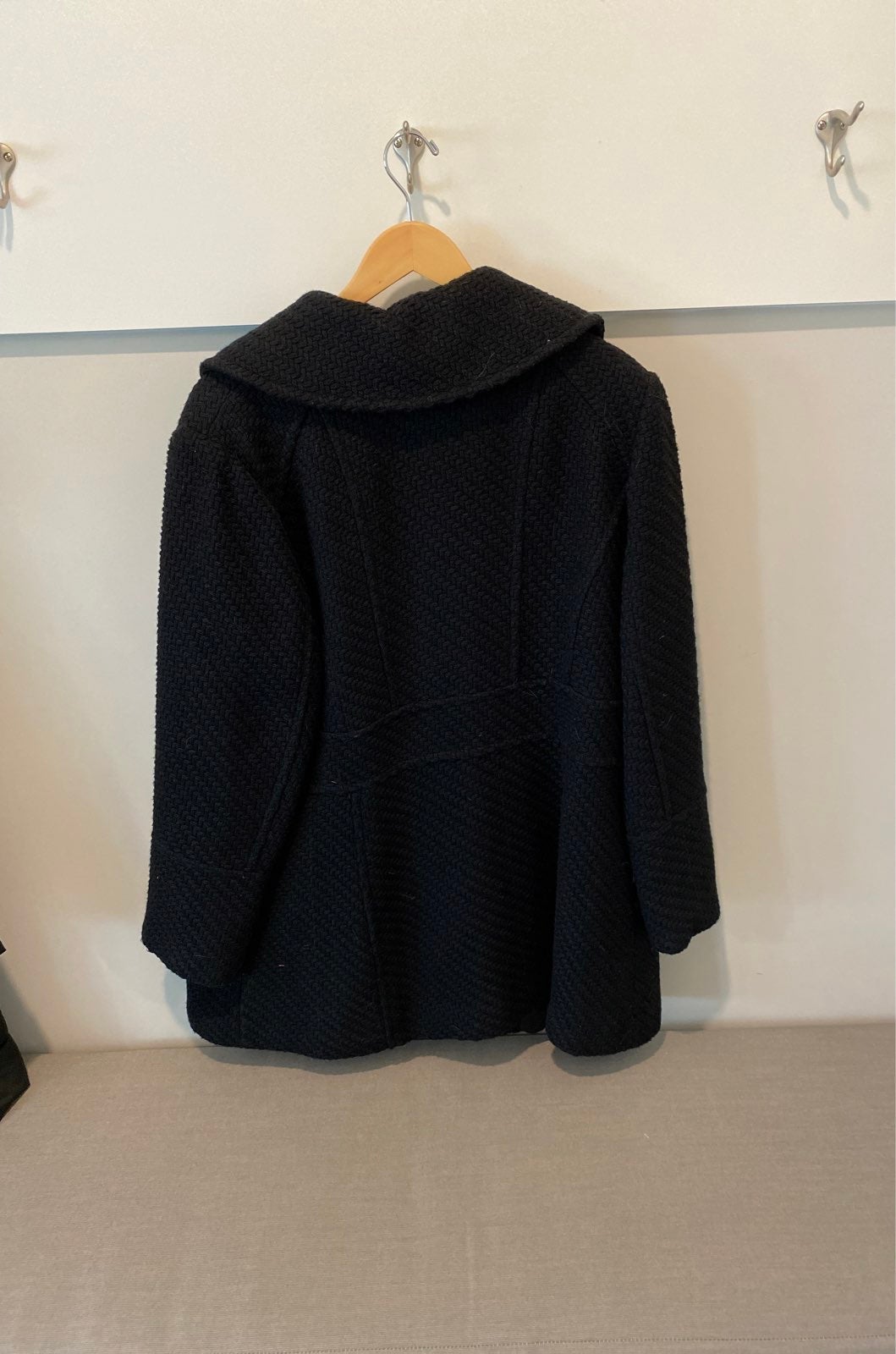 1x. Only worn 1 or 2 times. Nicely textured. Zip and/or button. Nice lines no hood. Down to mid thigh or the knees depending on your height. Nonsmoking home. Partly wool. 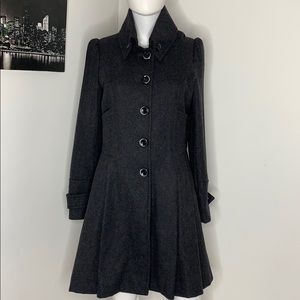 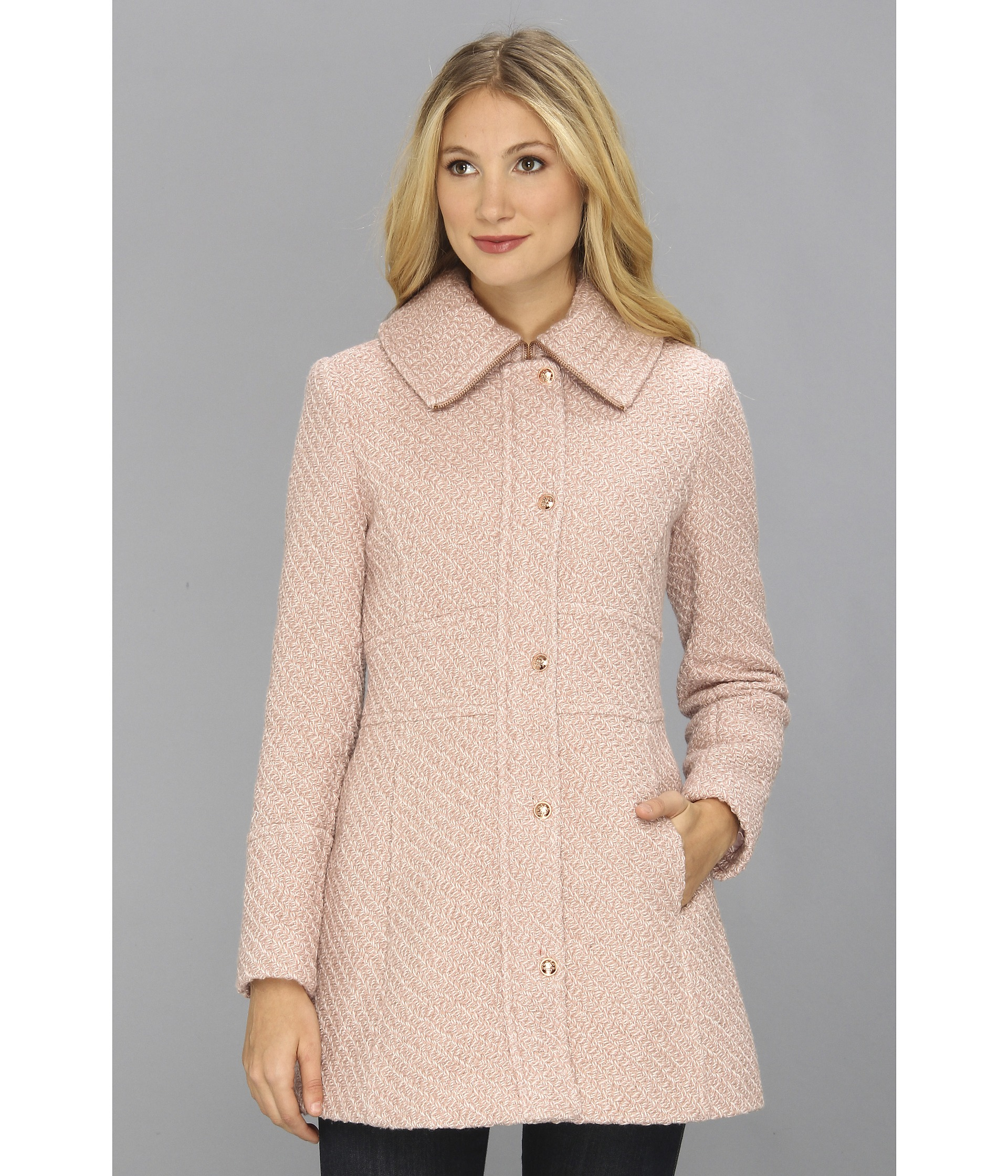 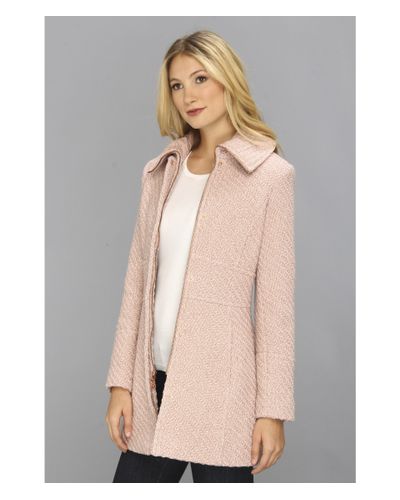 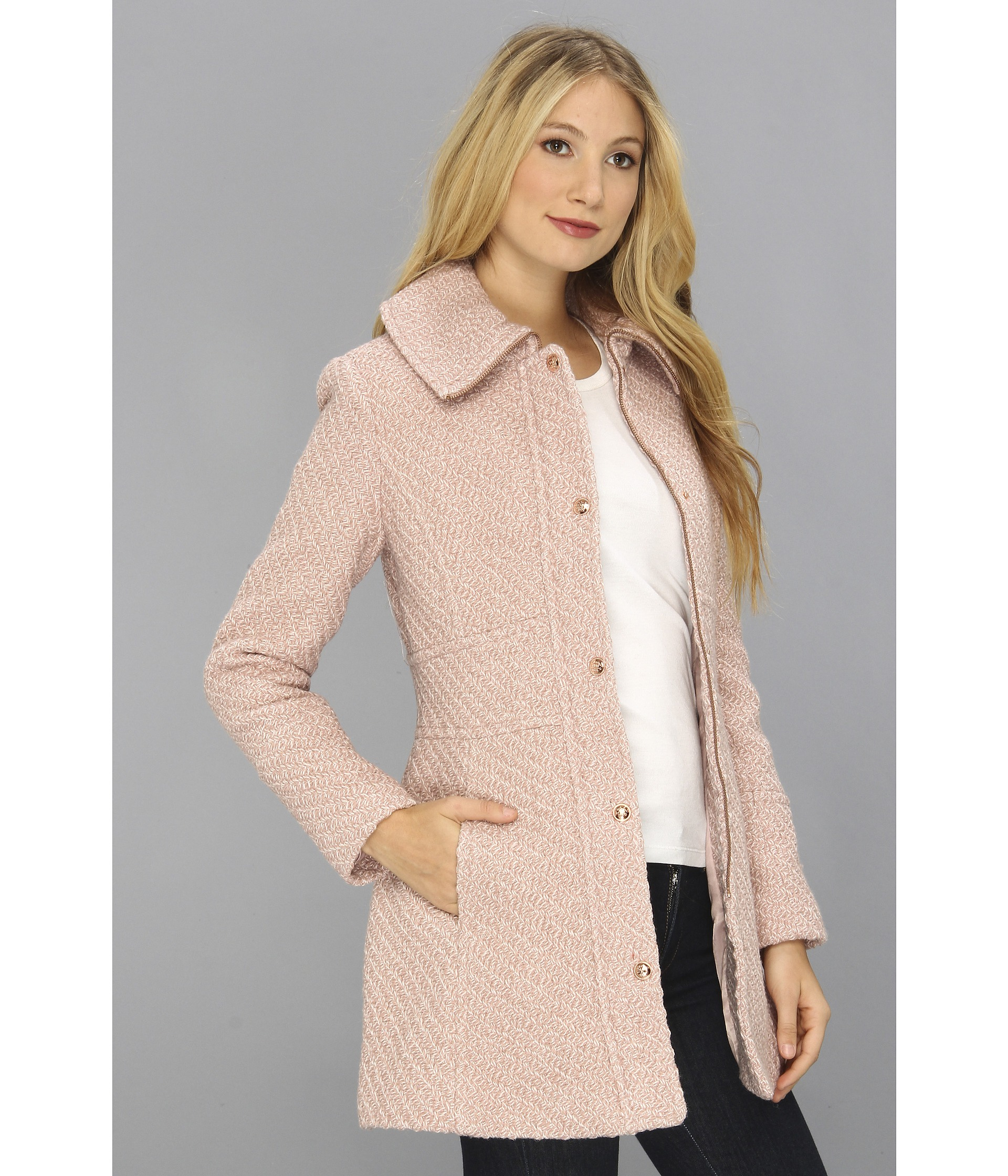 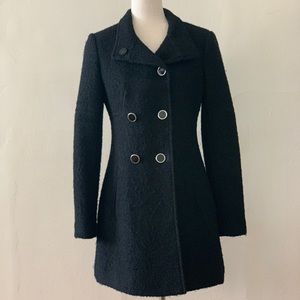 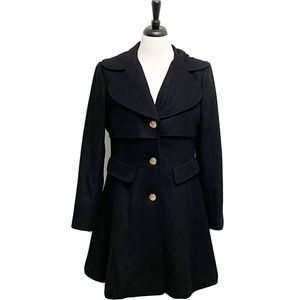 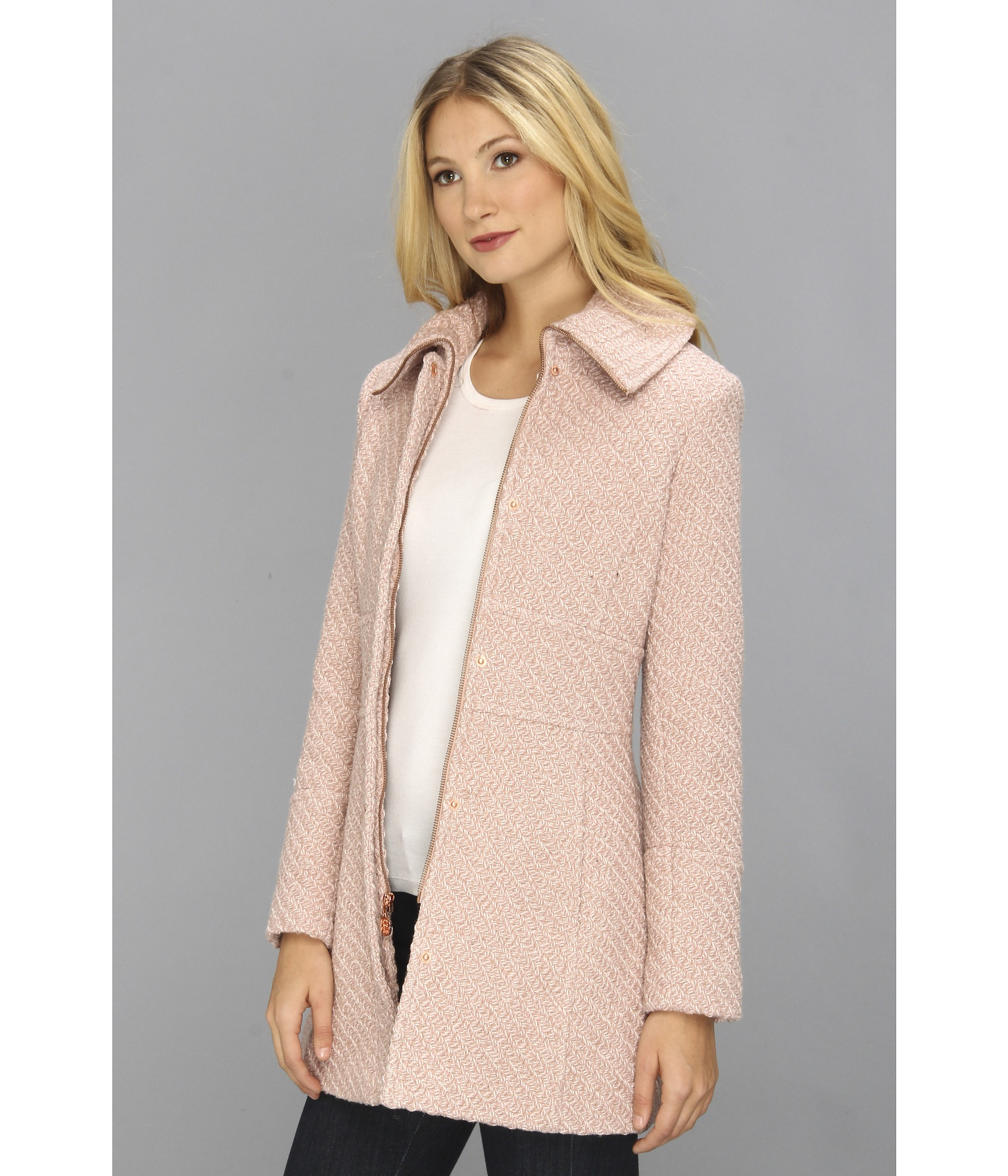 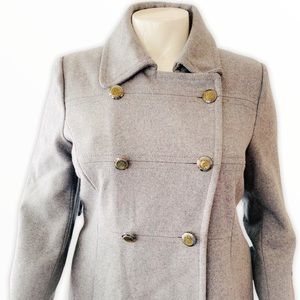