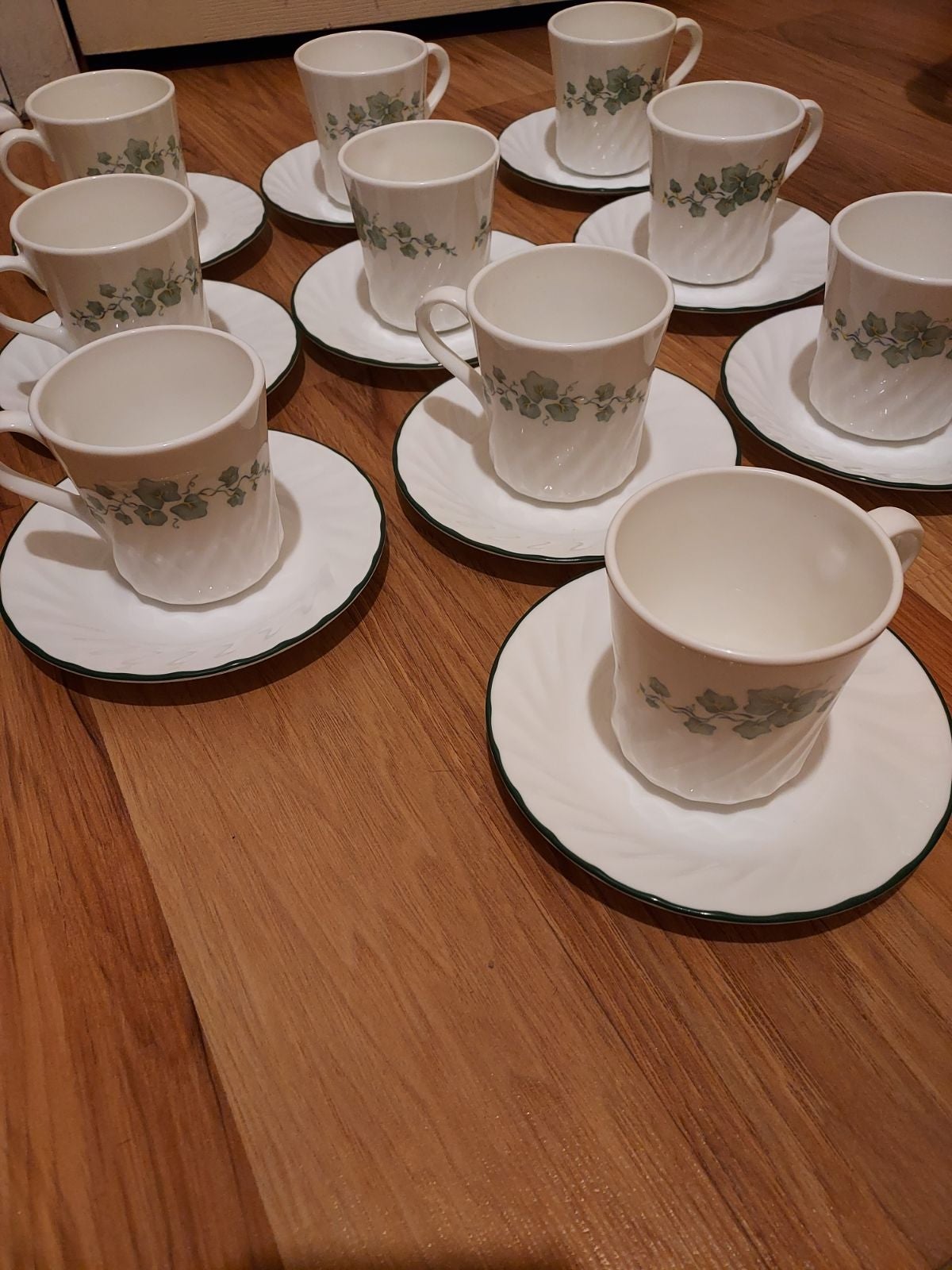 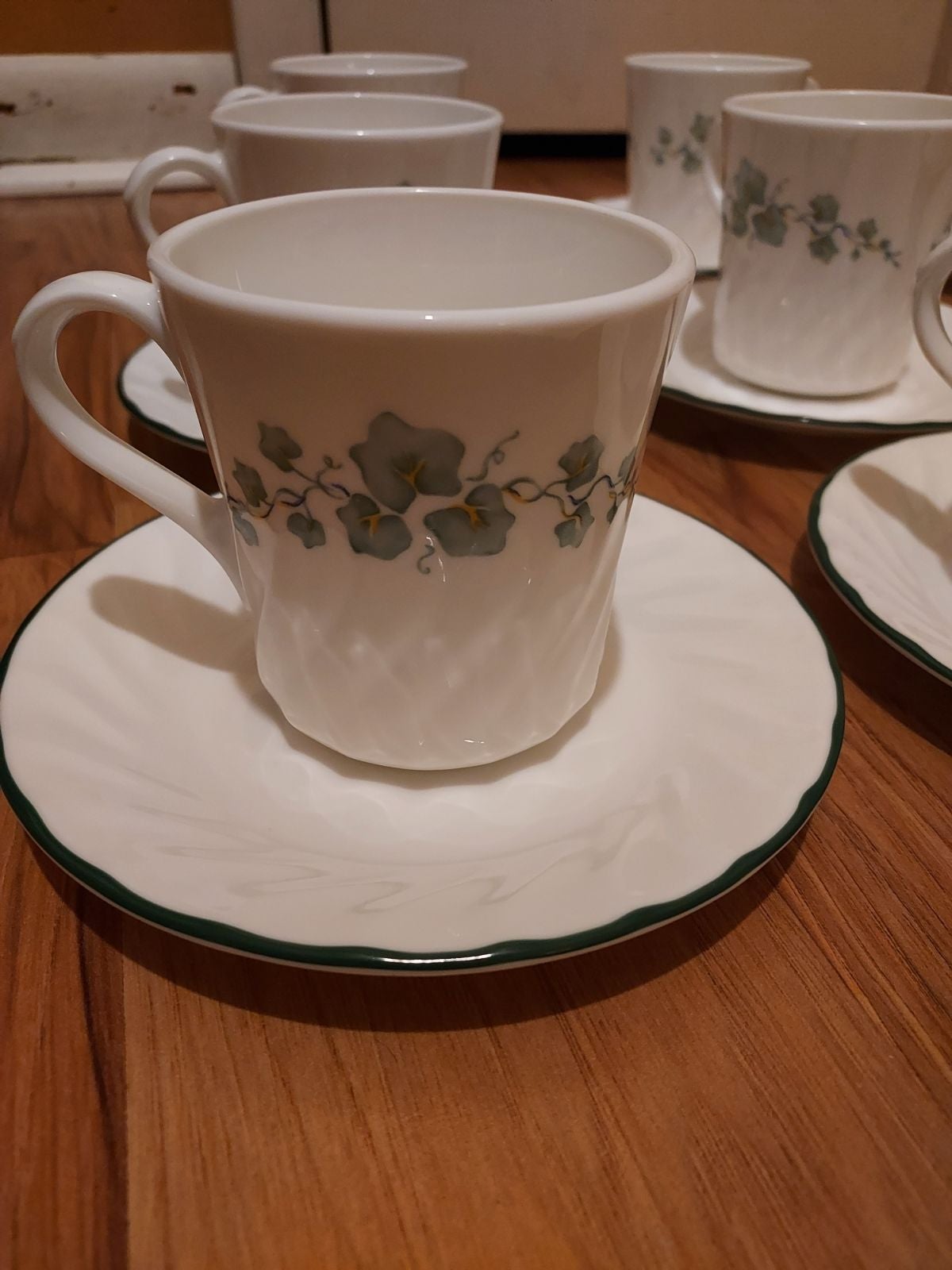 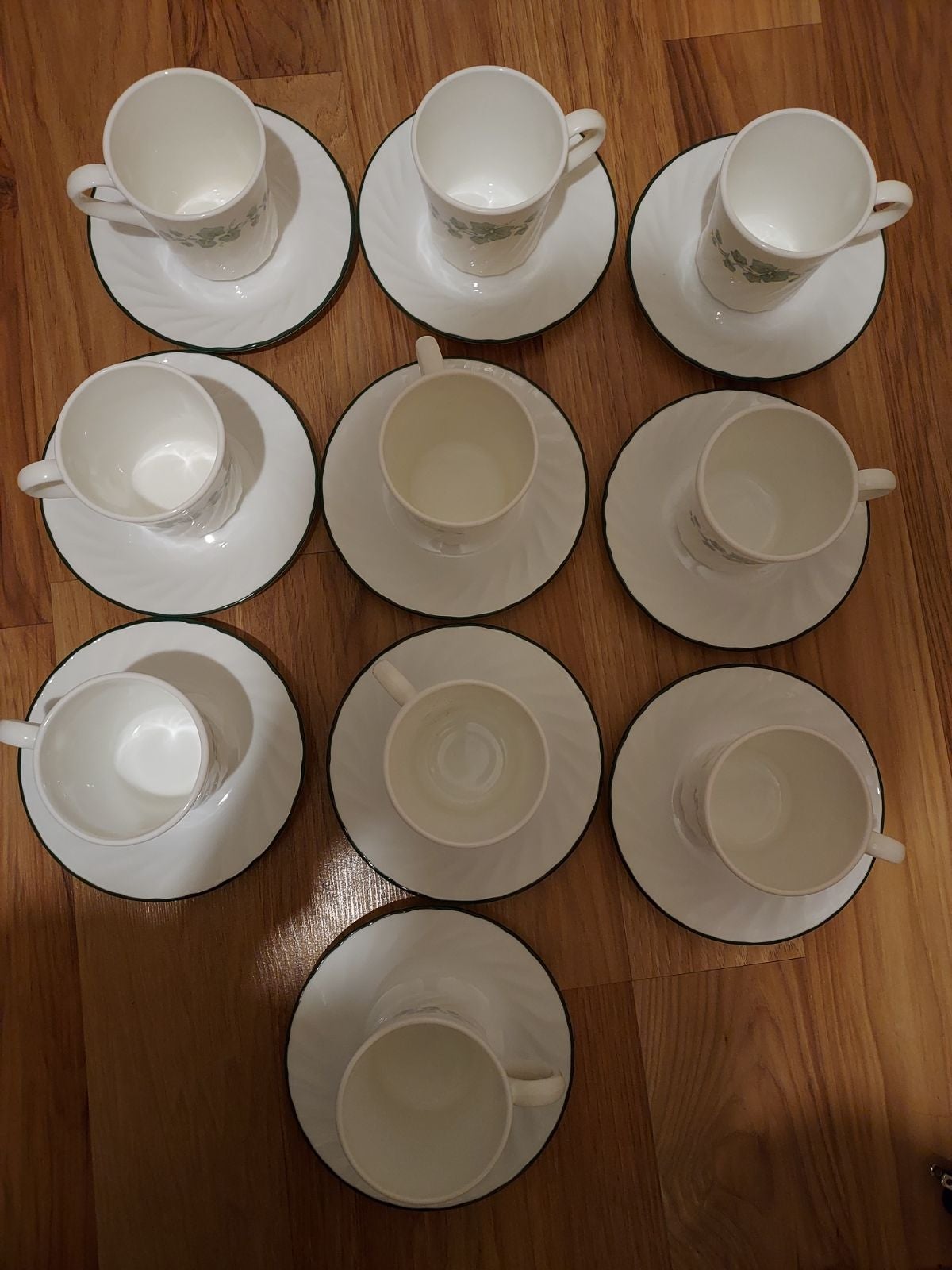 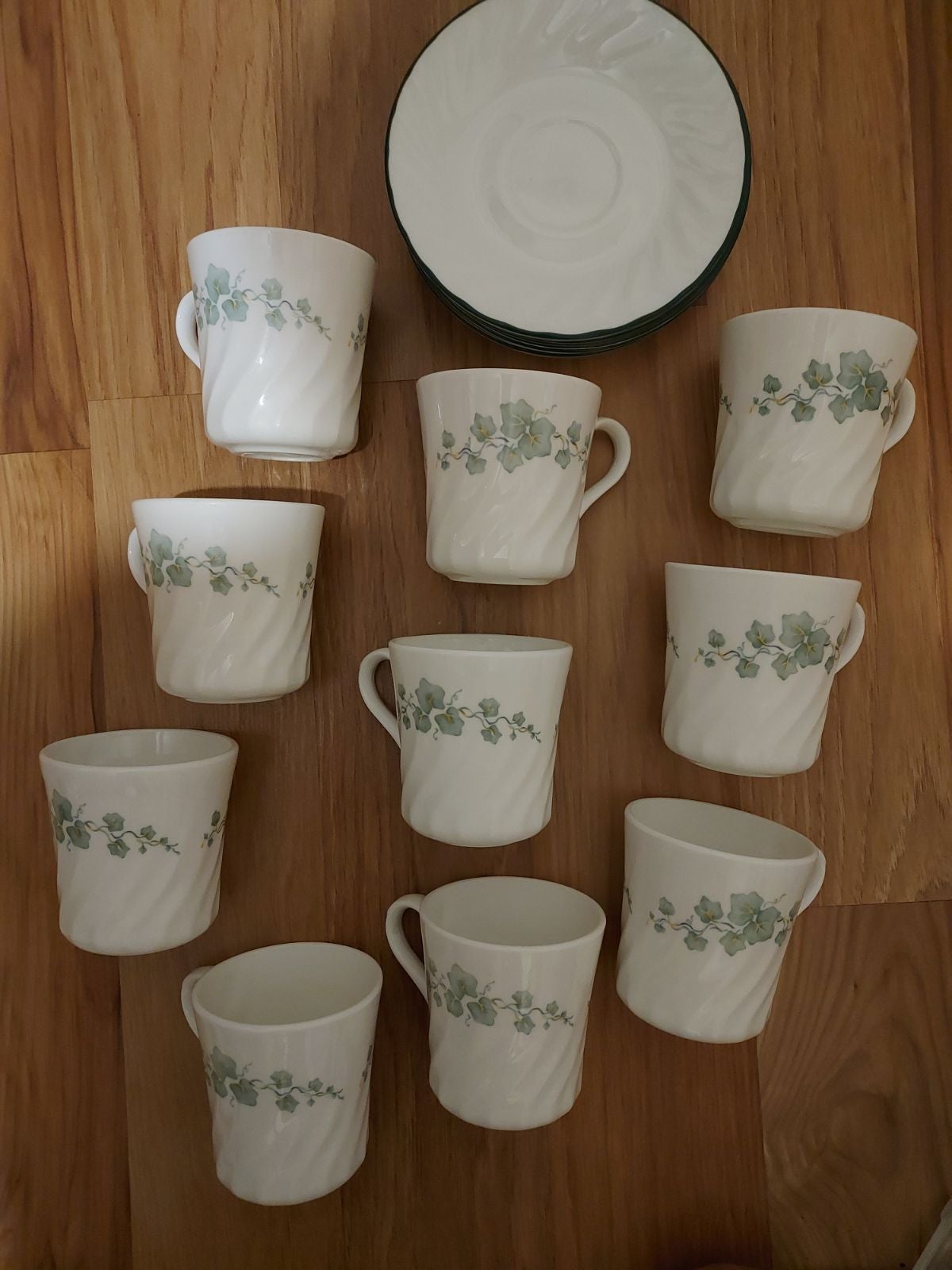 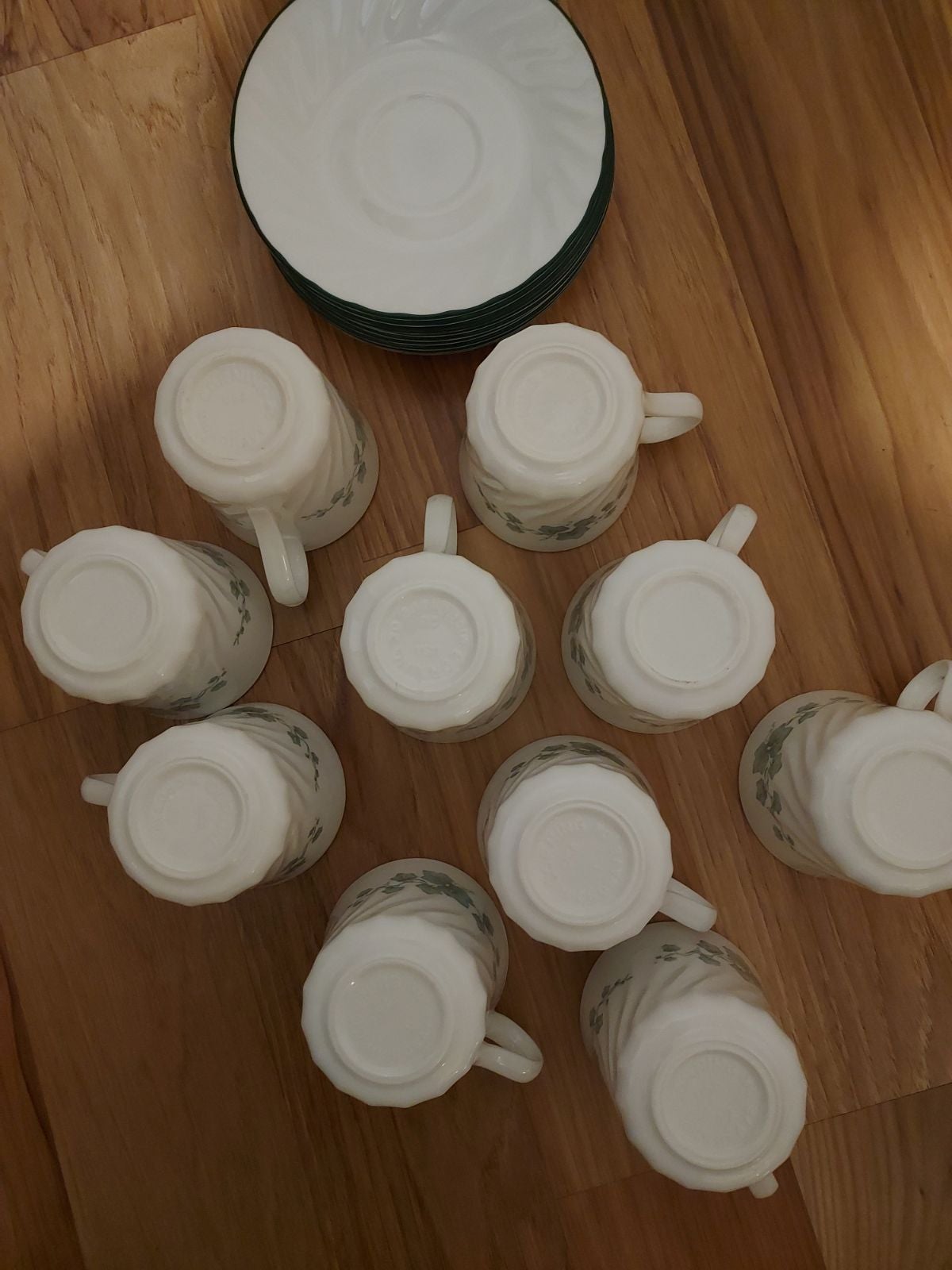 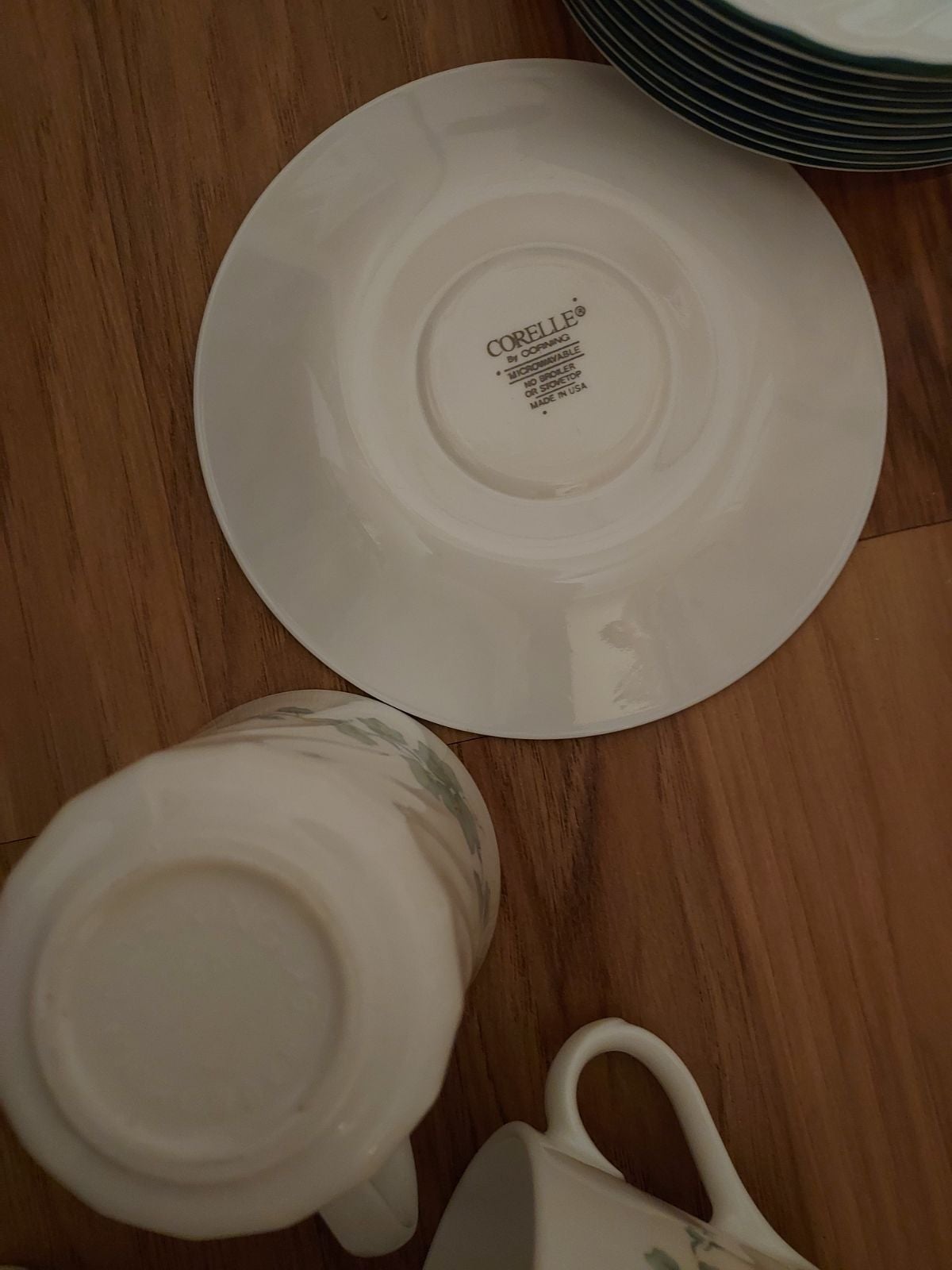 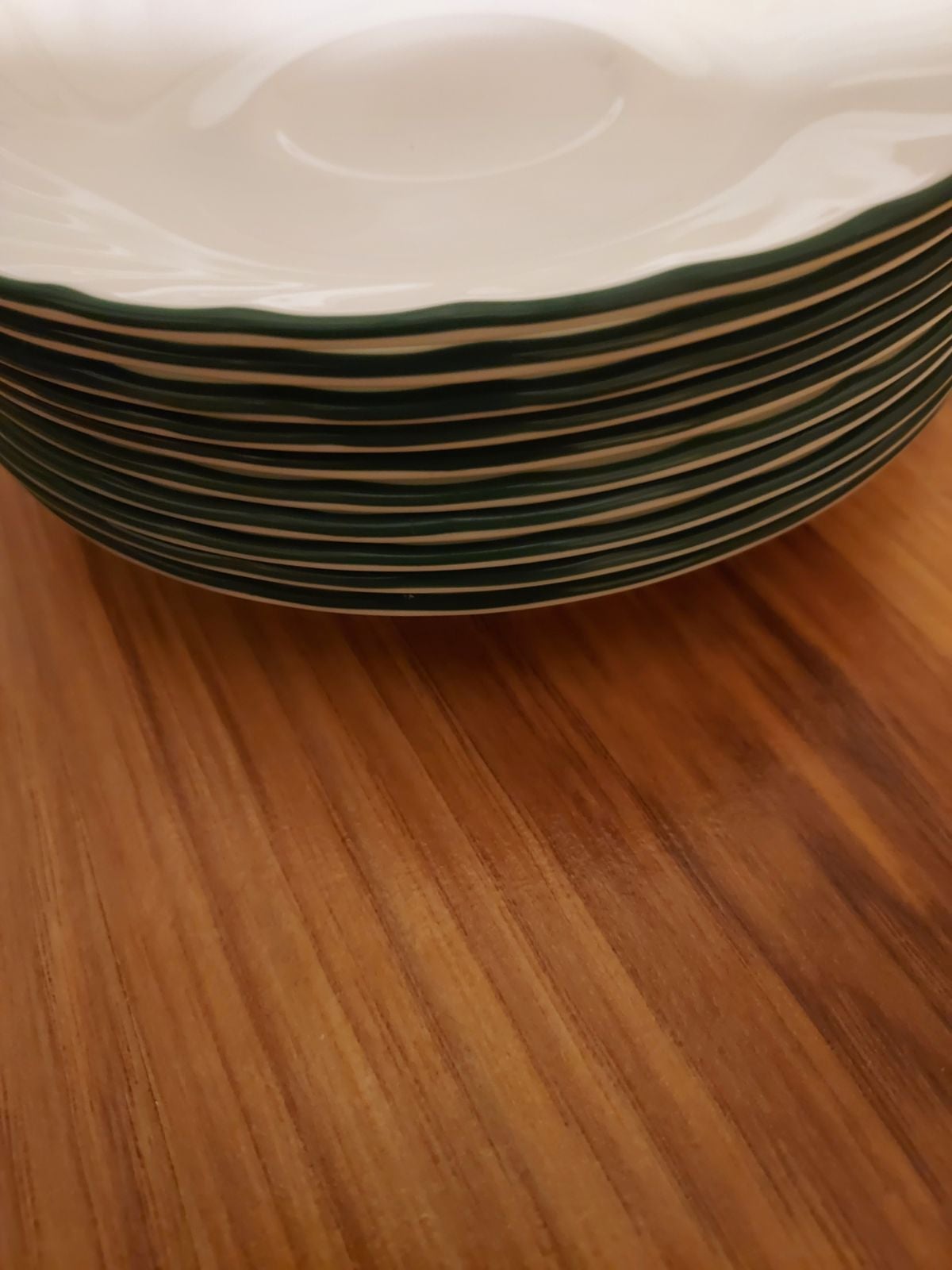 Corelle Callaway cups and saucers
Popular white swirl with green ivy design on cups
White swirl saucers with dark green rims
Excellent condition with no chips or cracks
10 sets
Saucers are corelle vitrelle
Cups are Corning and have a heavier, stoneware feel
All for $50 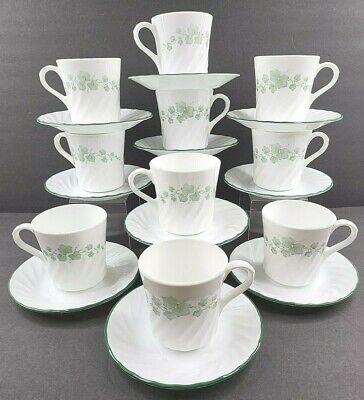 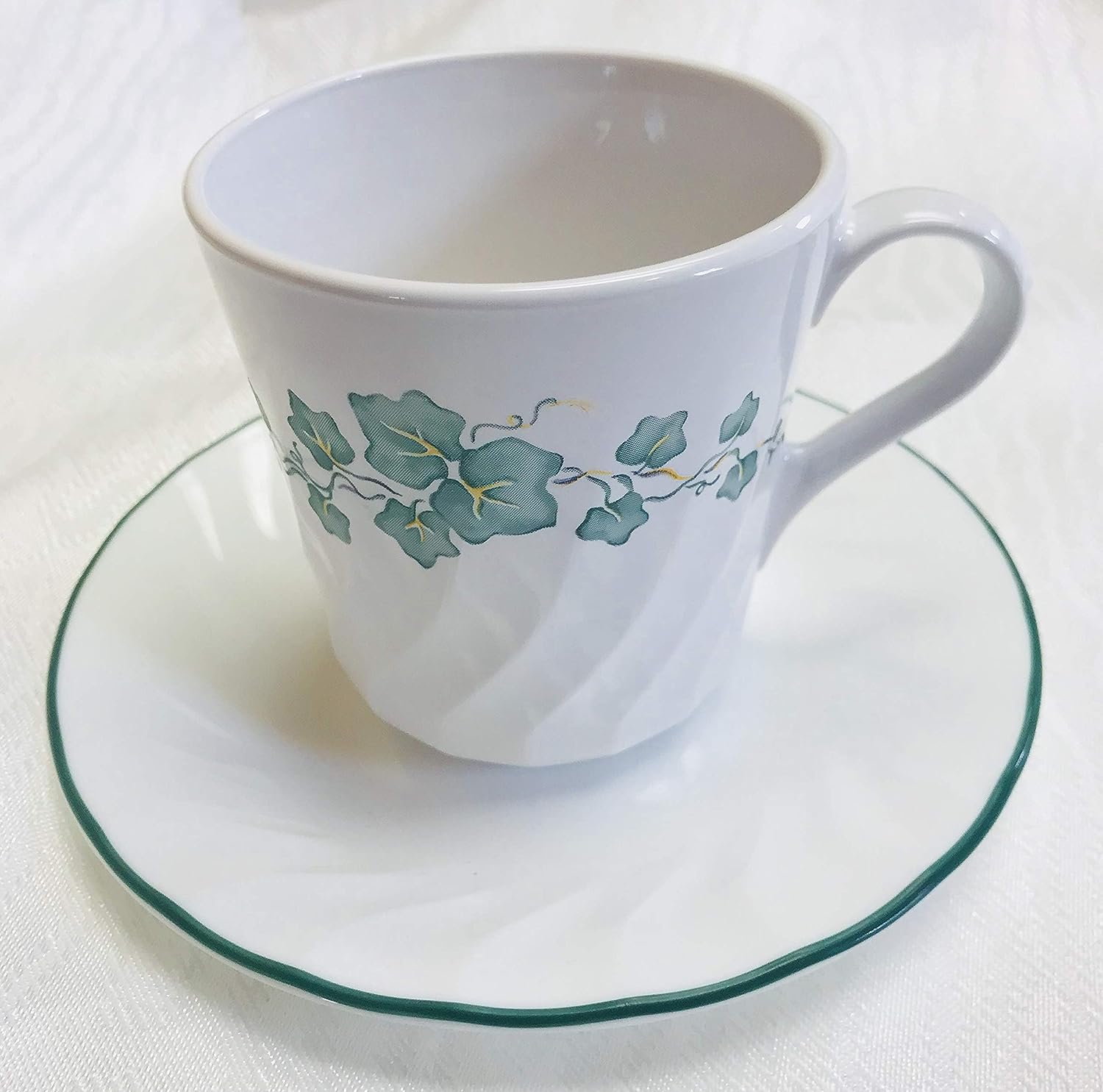 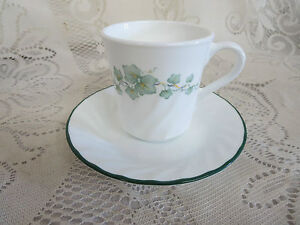 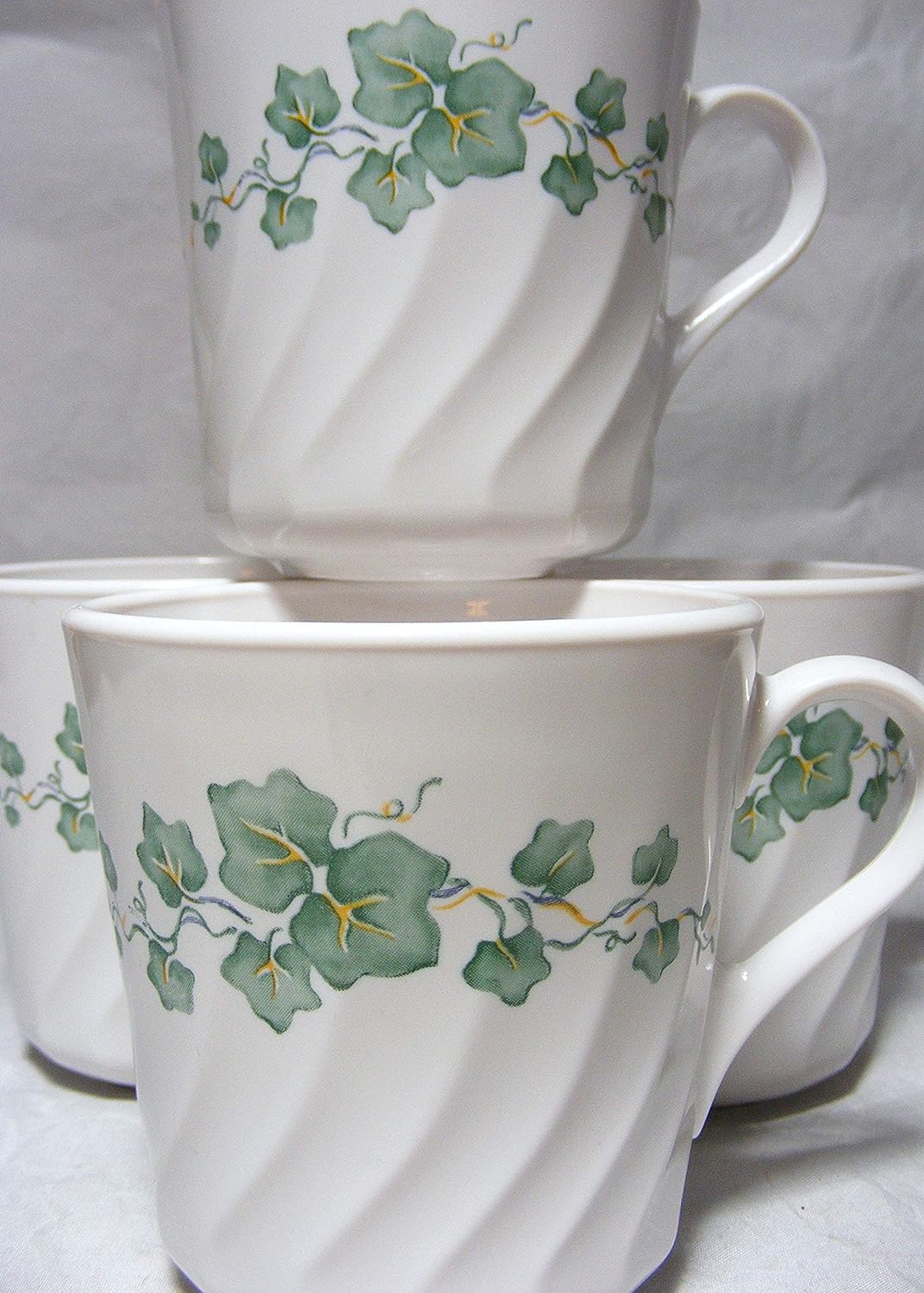 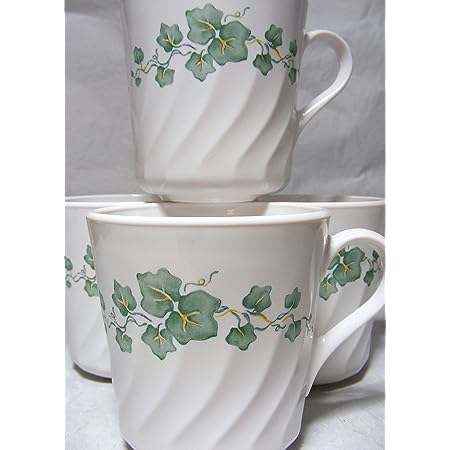 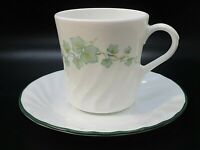 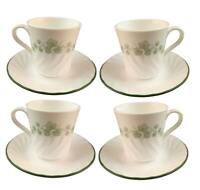 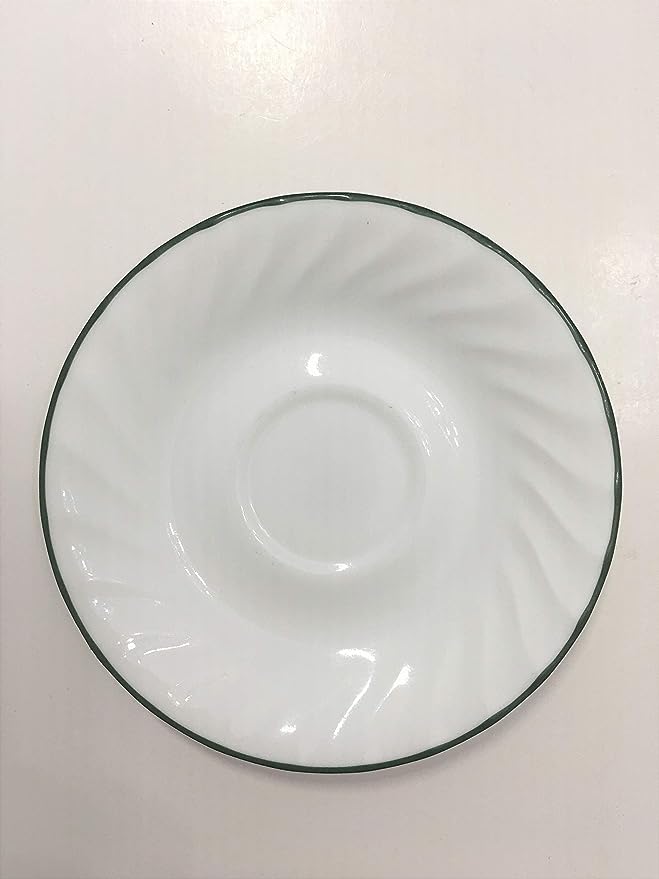 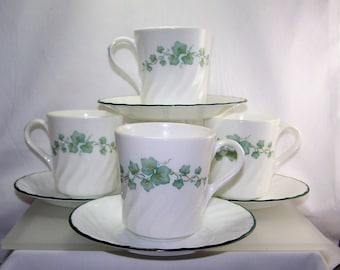 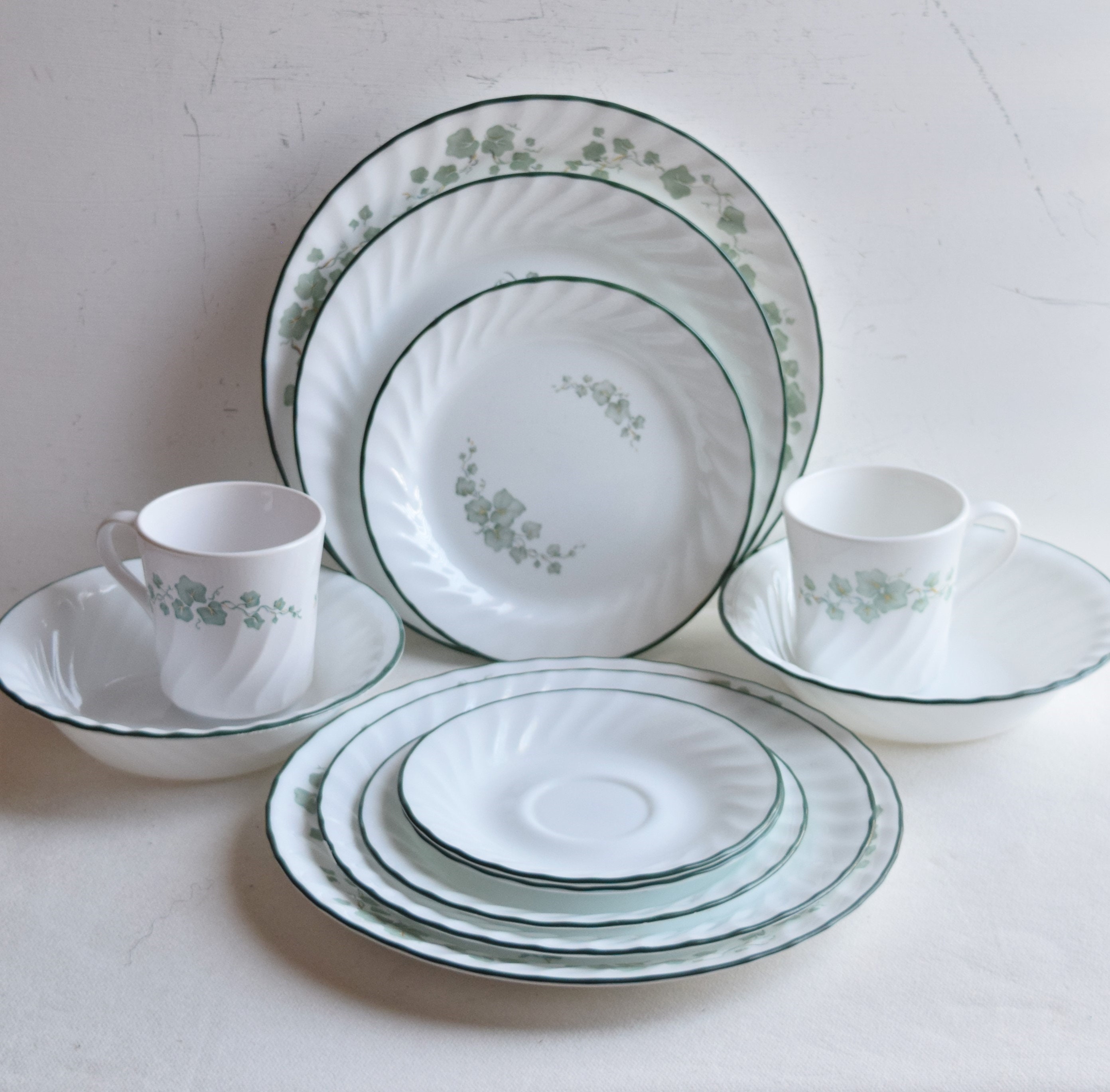 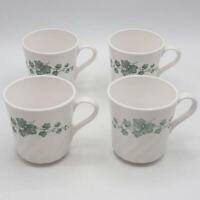 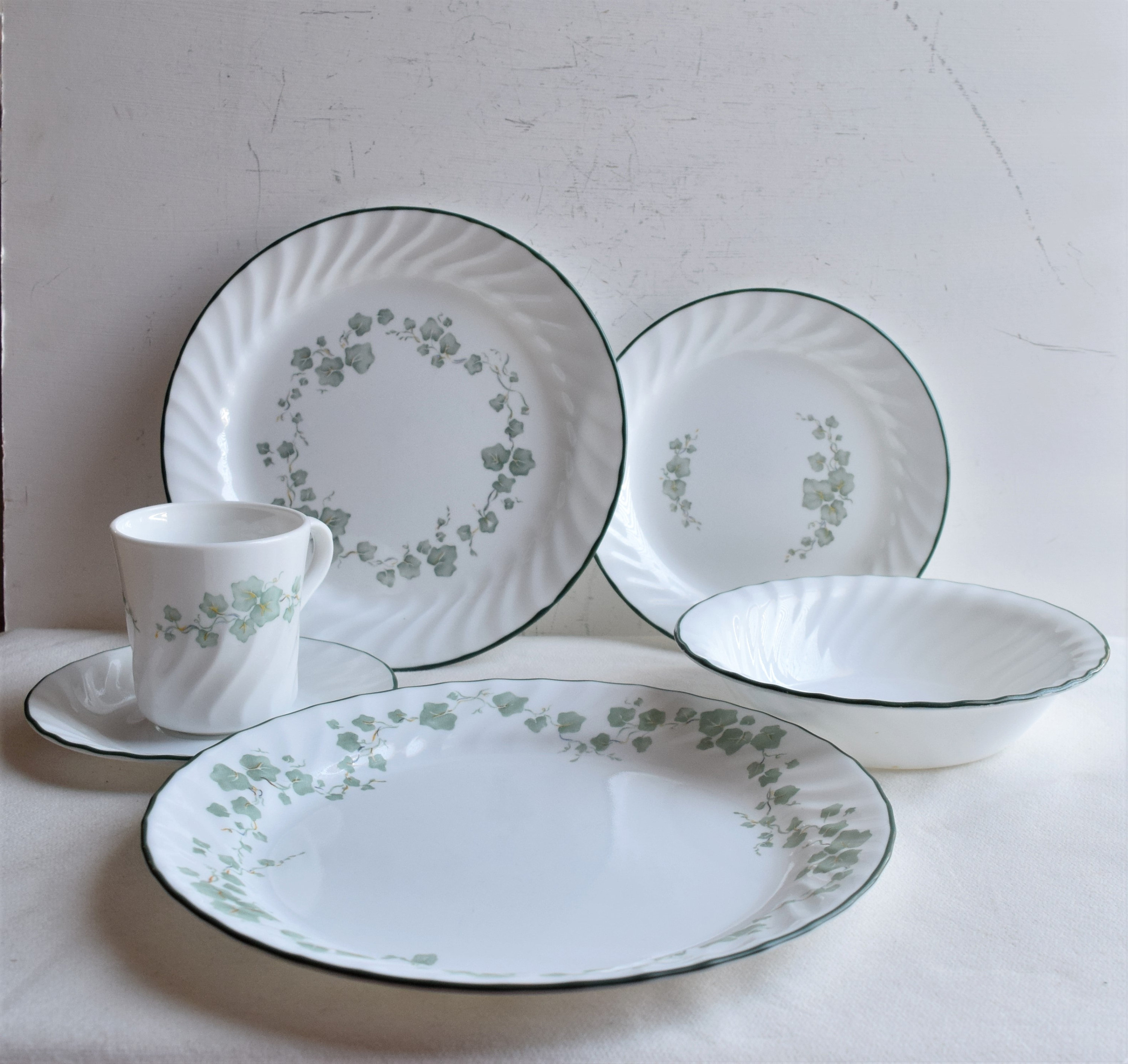 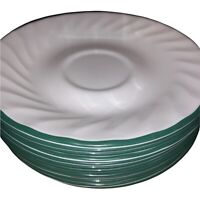 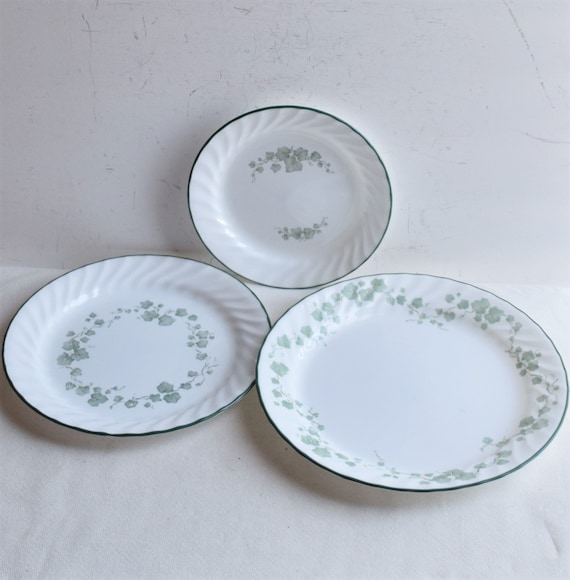 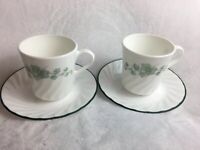 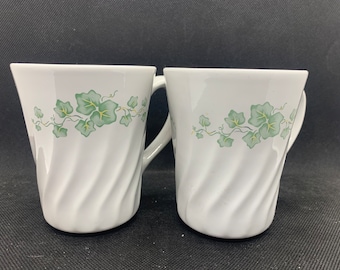