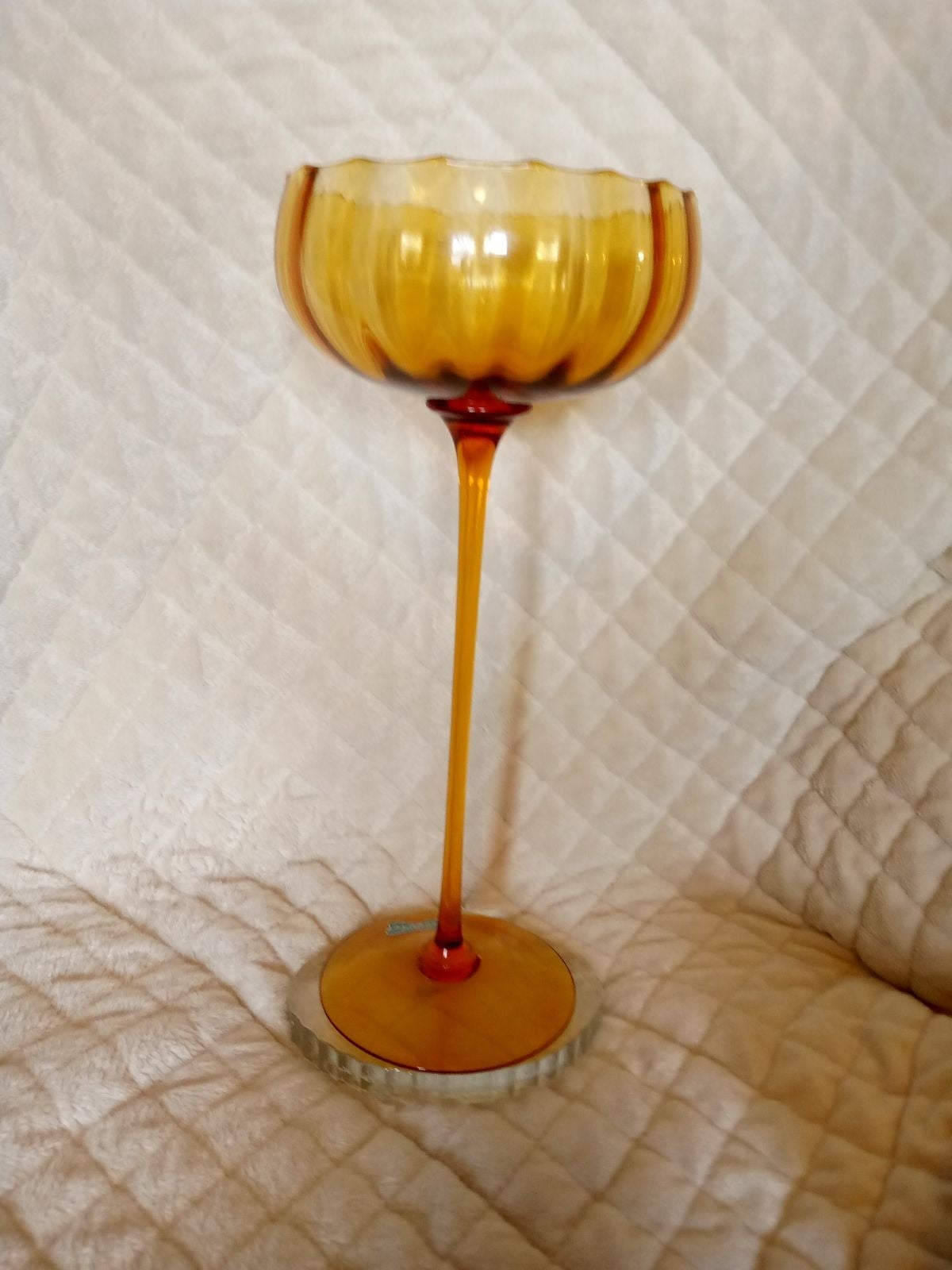 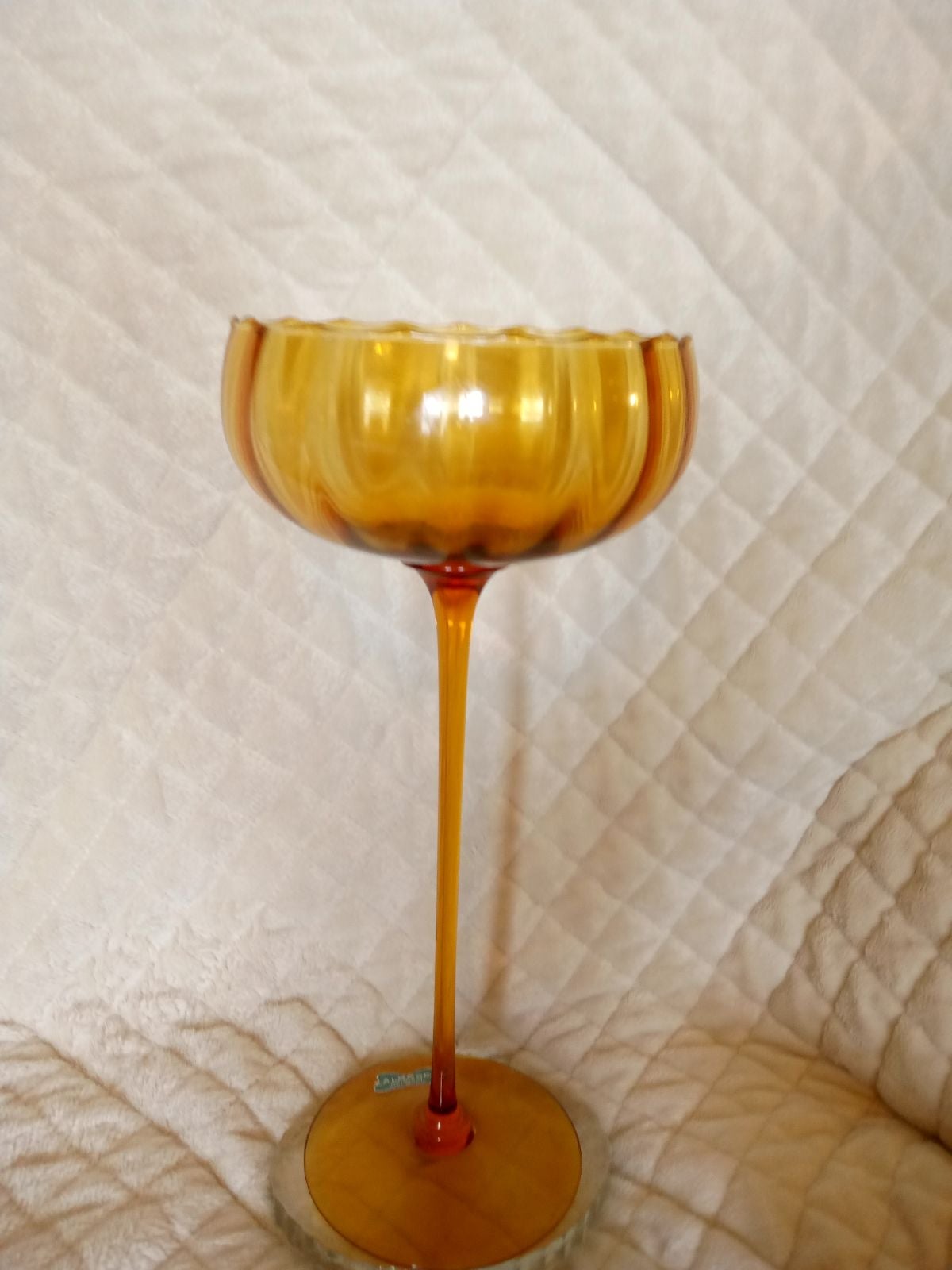 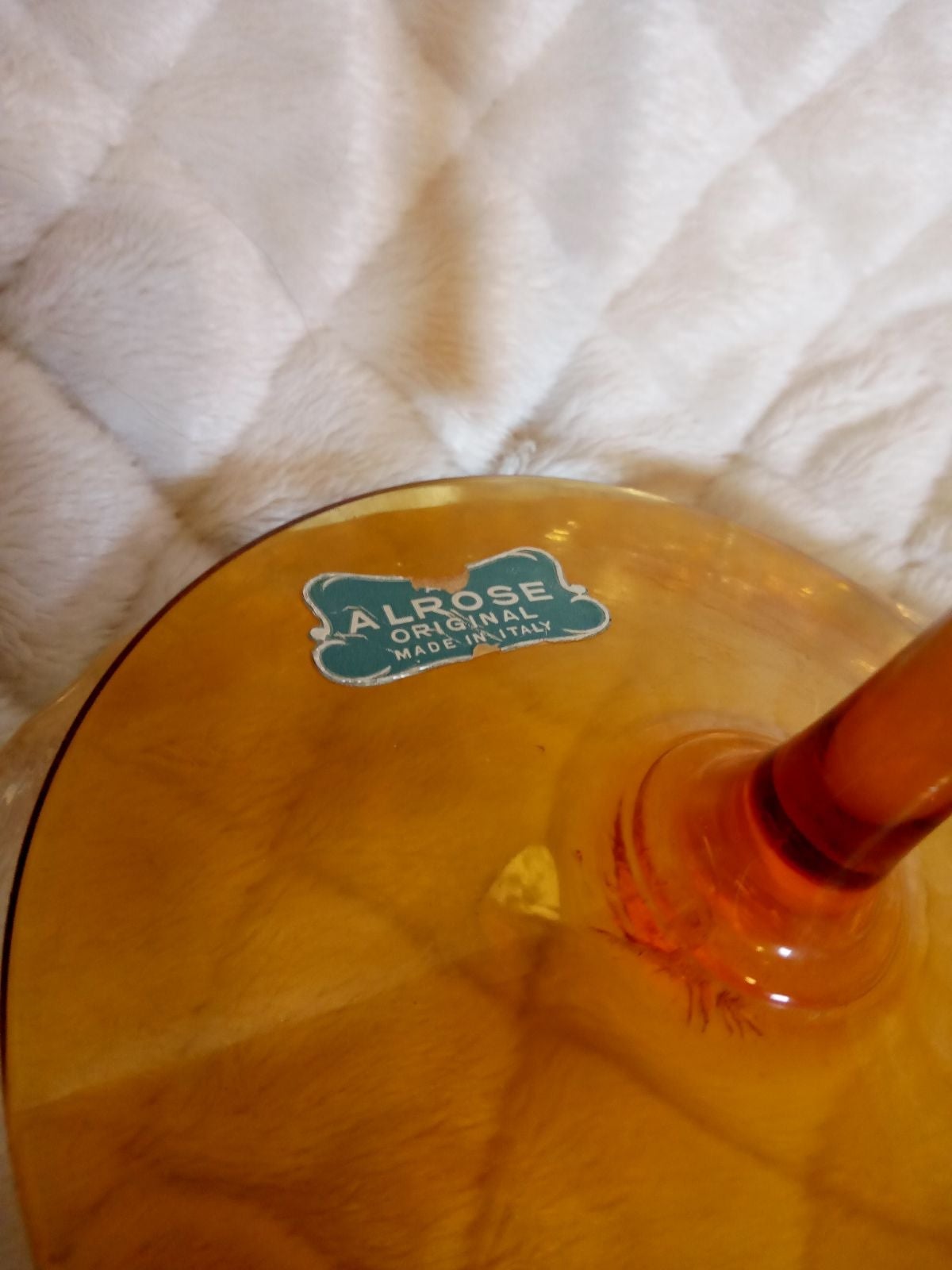 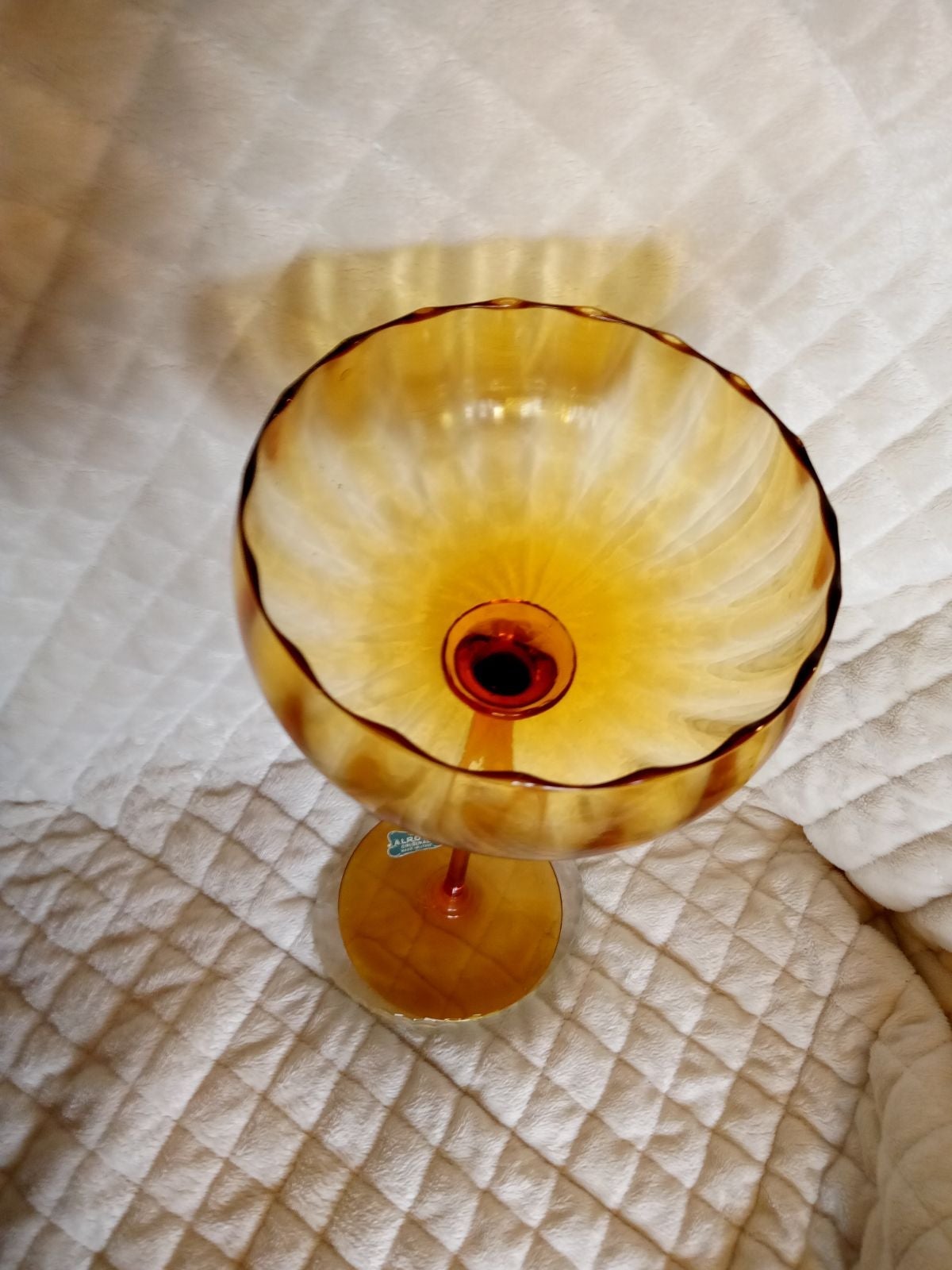 Beautiful and Stunning Empoli piece. Amber colored long stemmed compote. No chips cracks or bites Noted. There may be bubbles, that is normal in this type of glass. 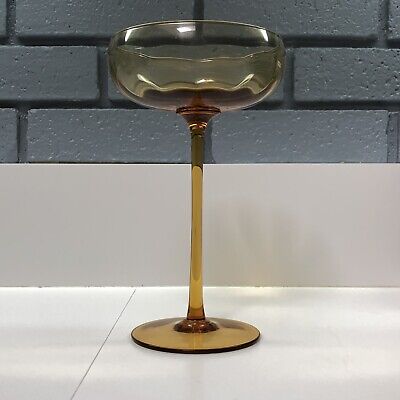 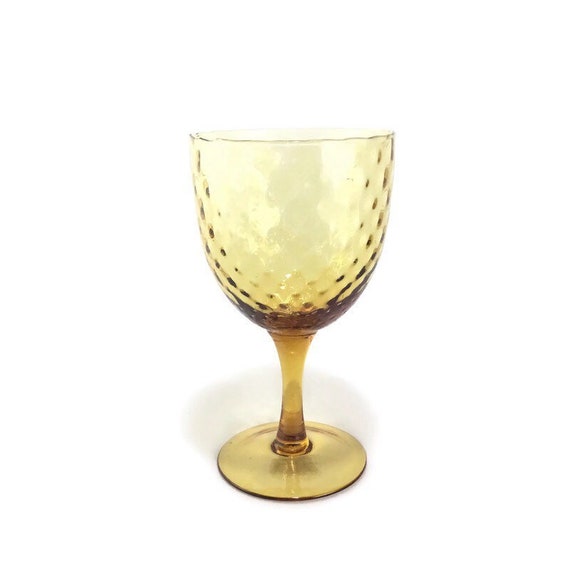 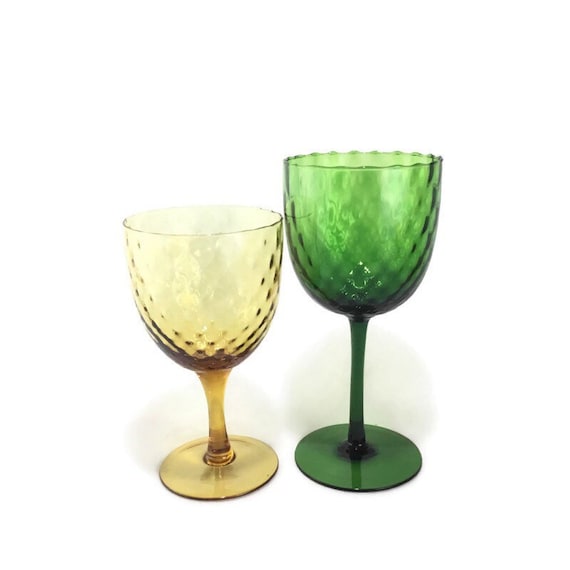 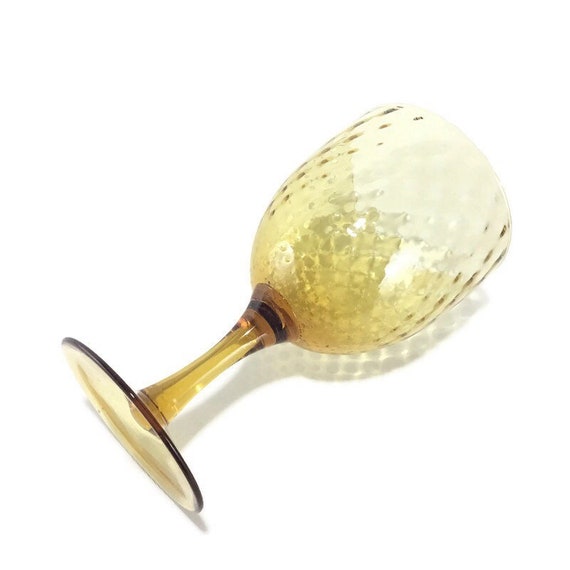 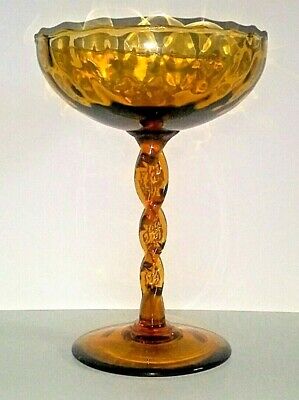 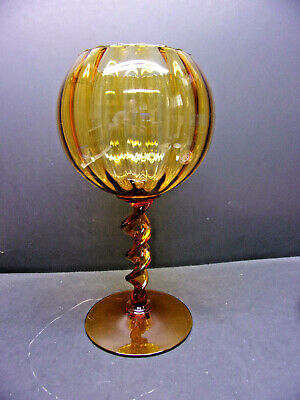 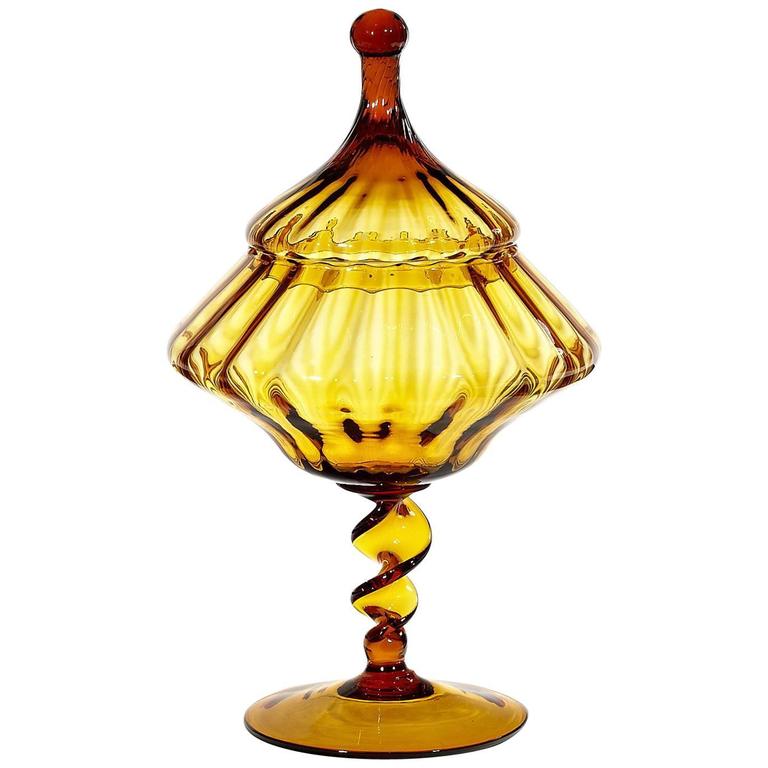 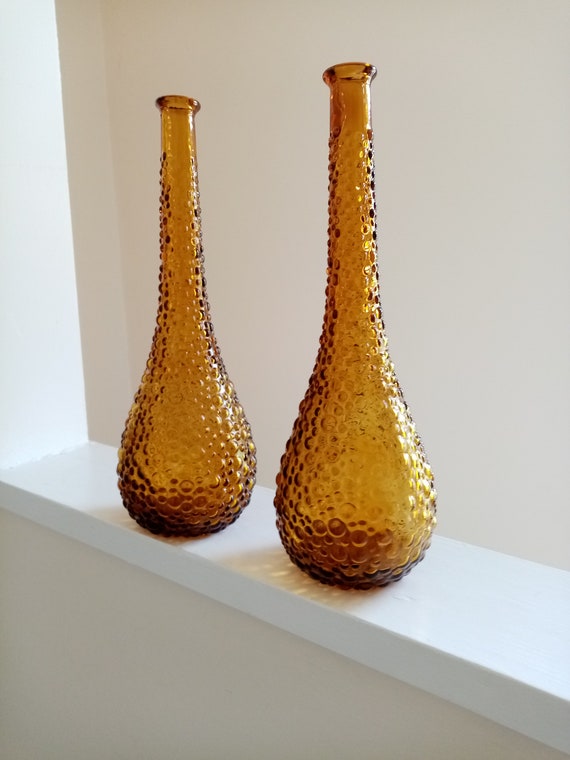 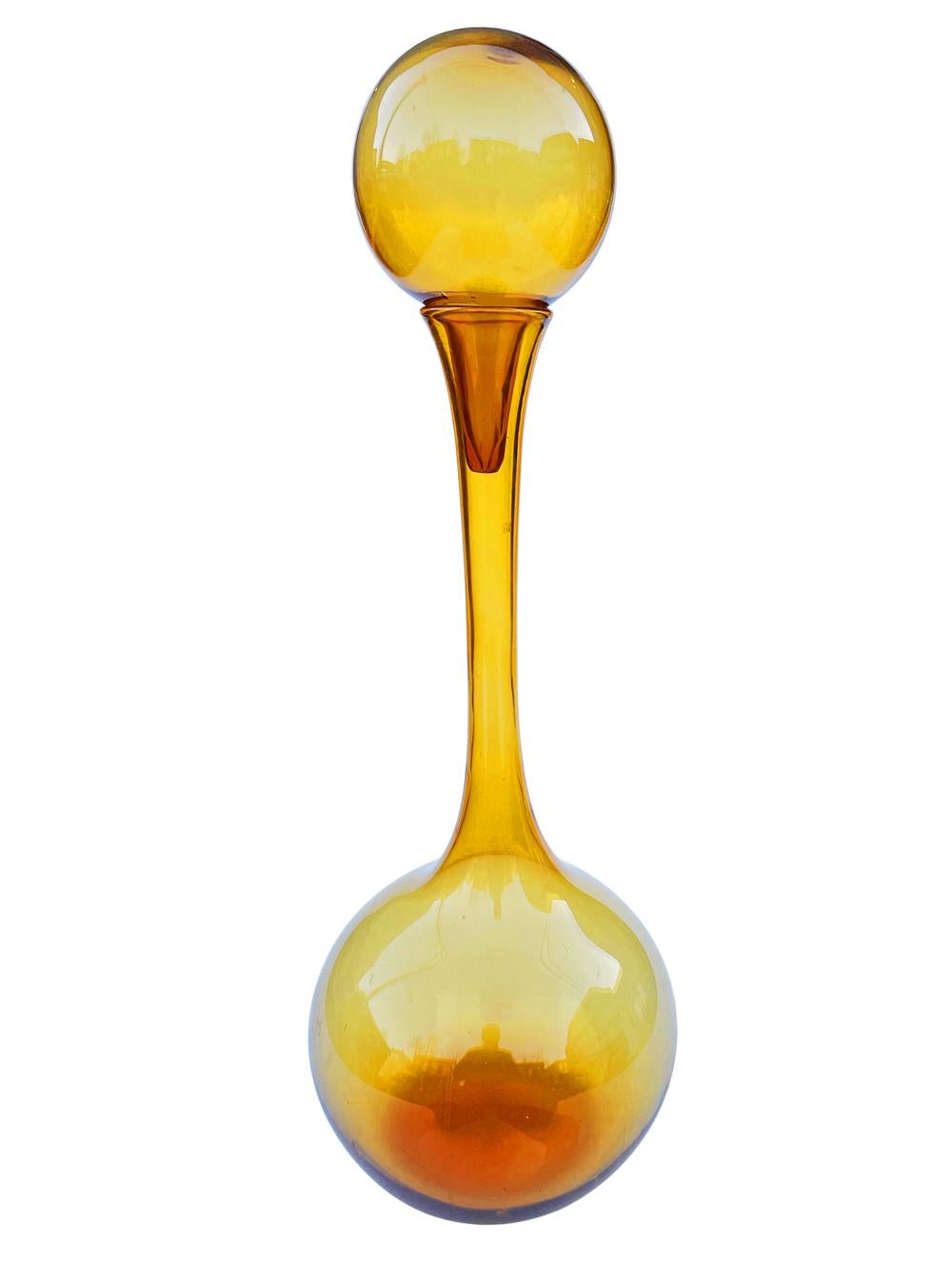 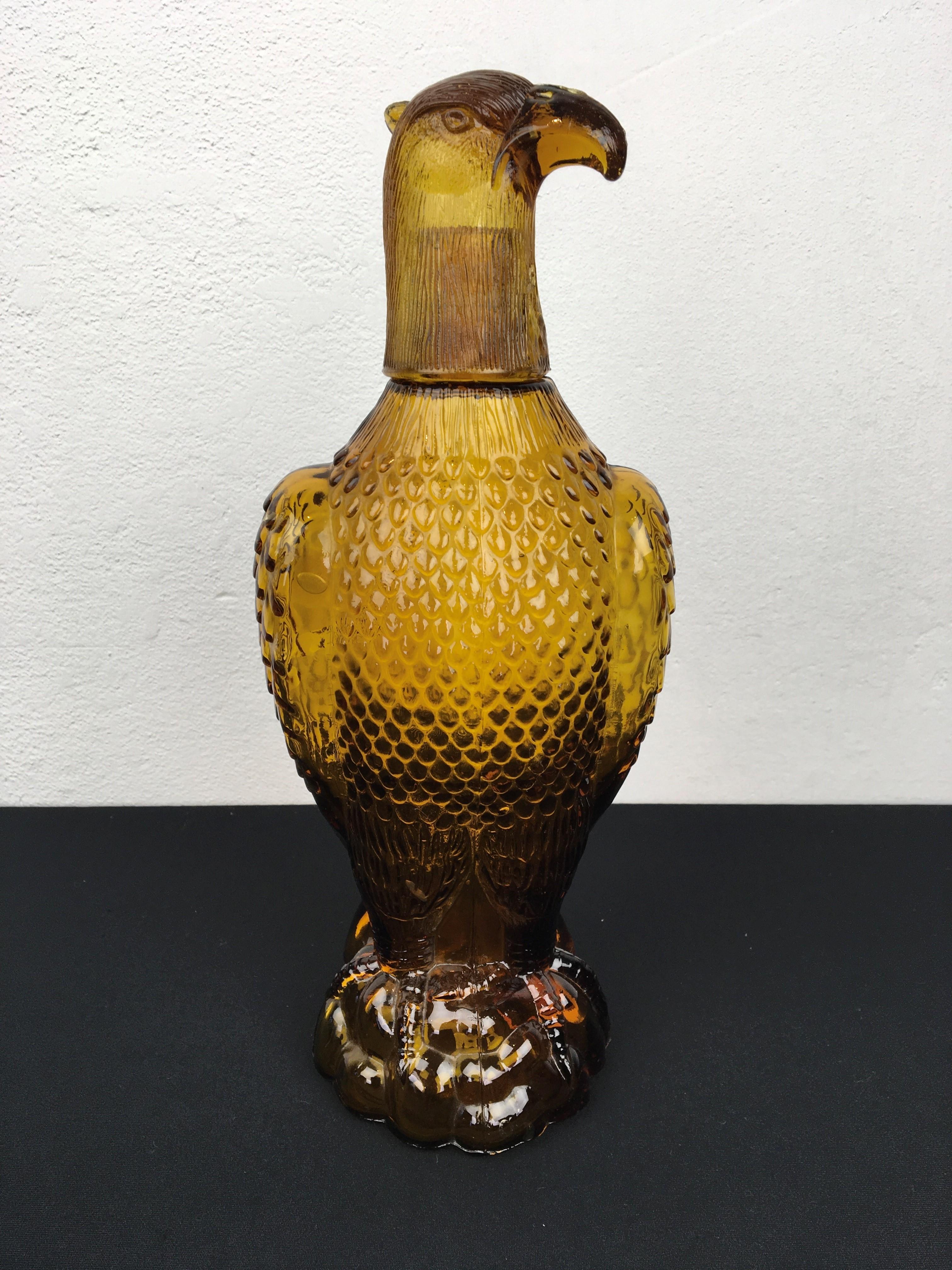 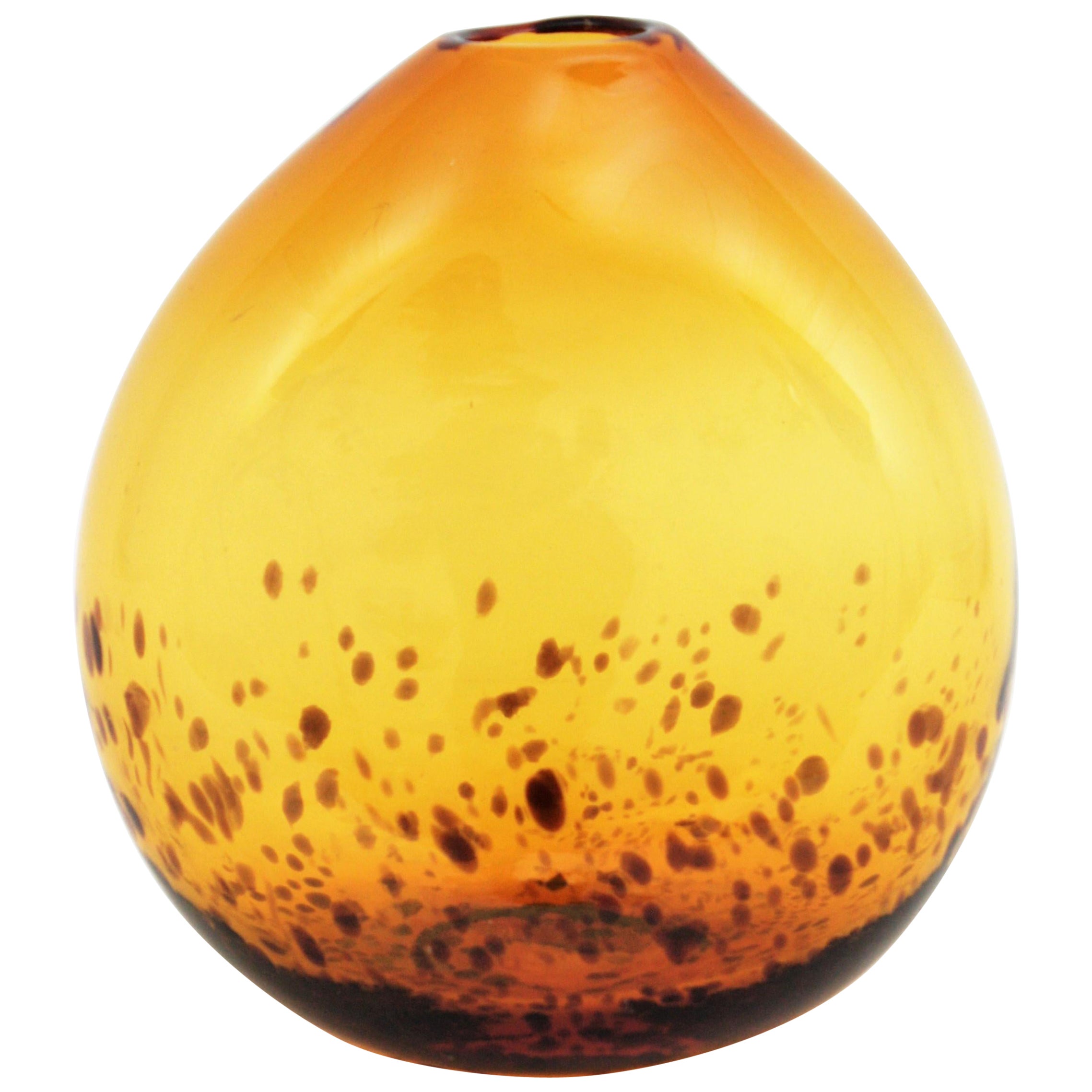 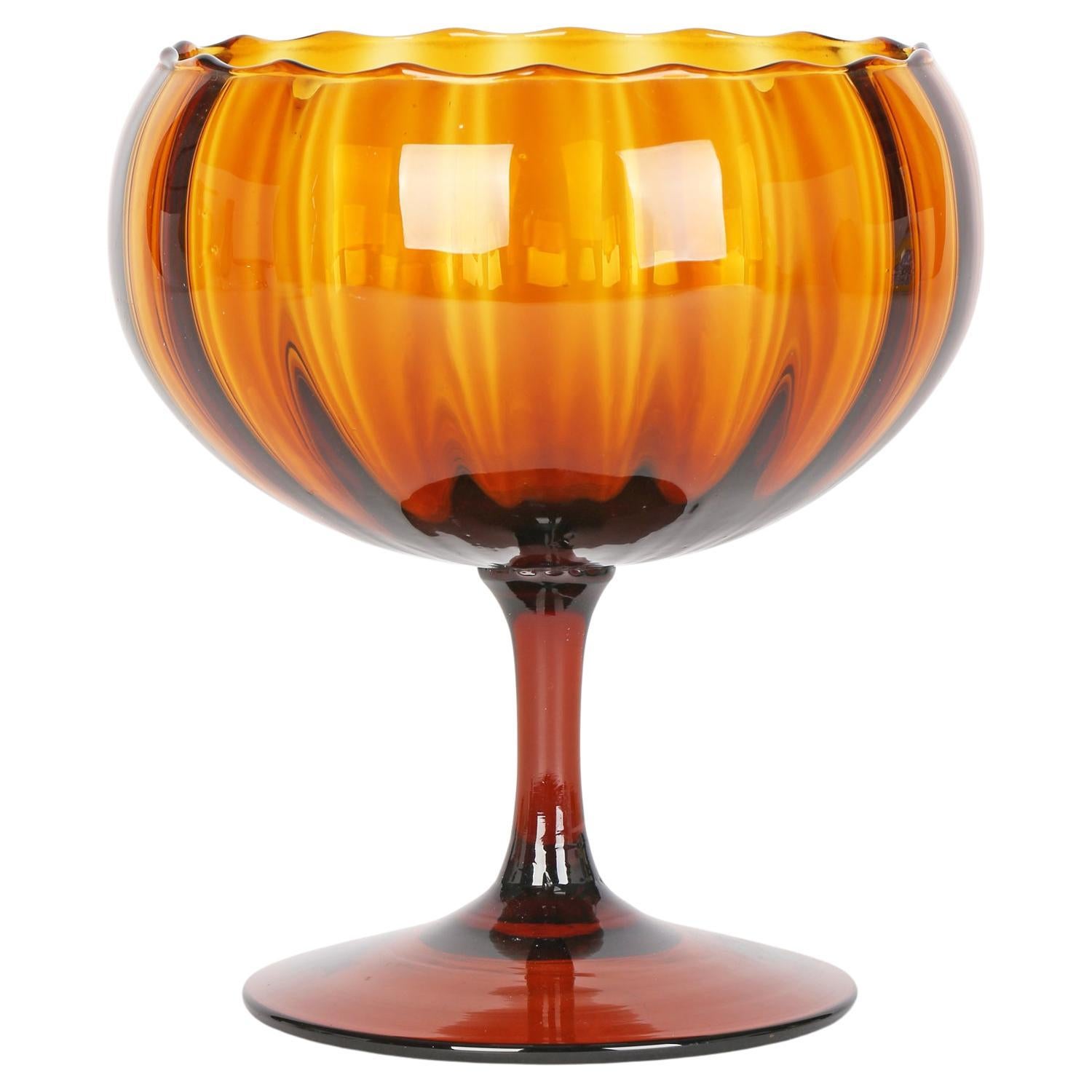 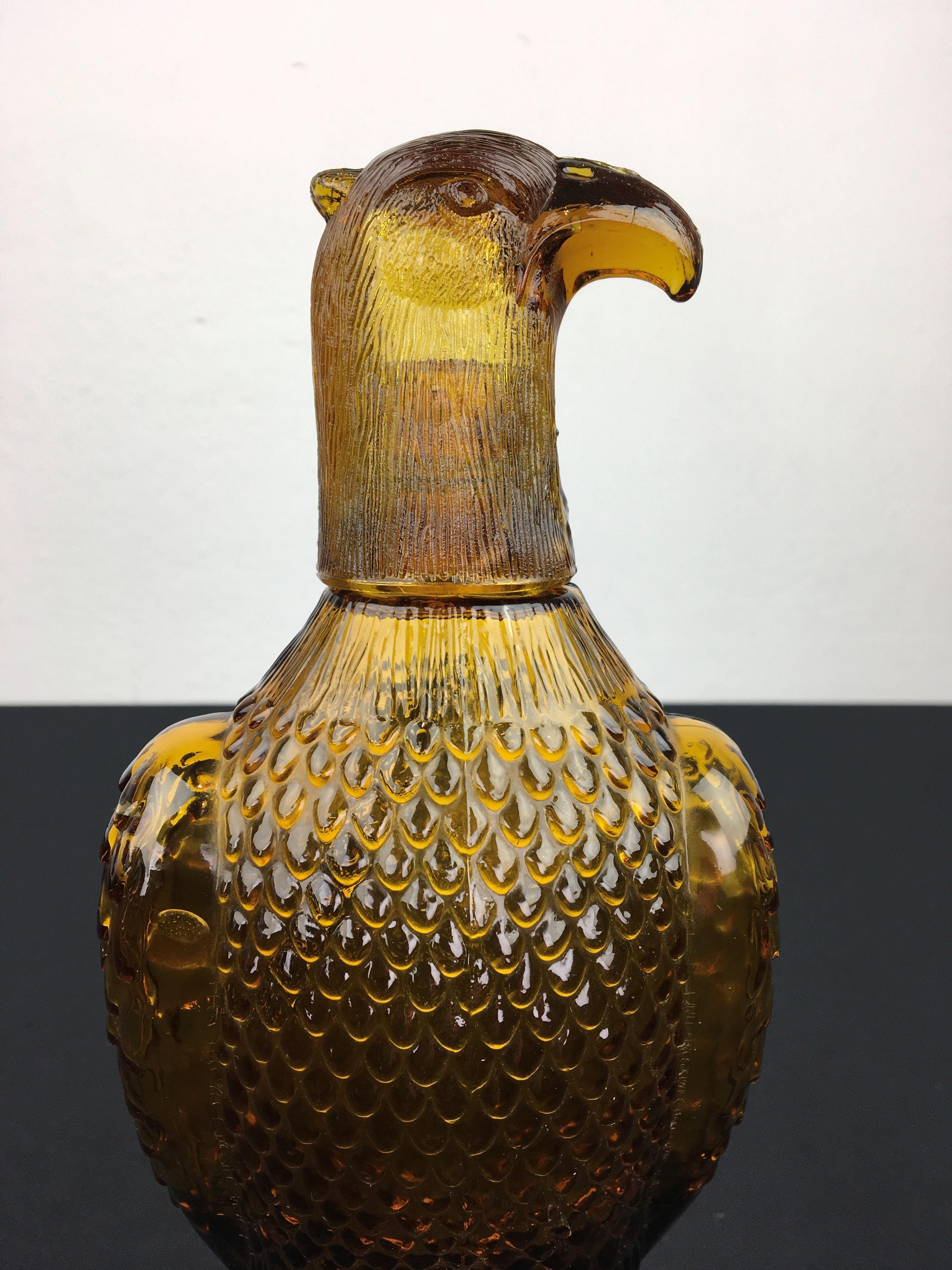 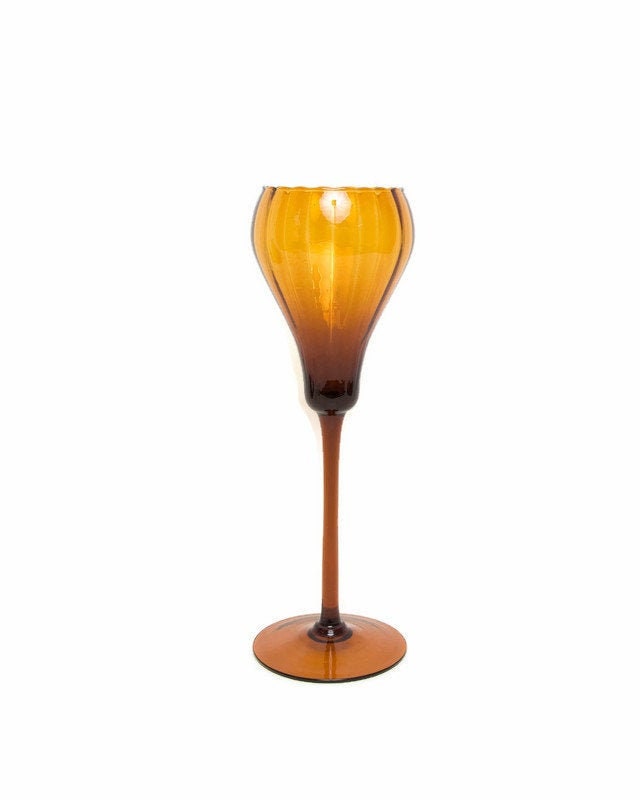 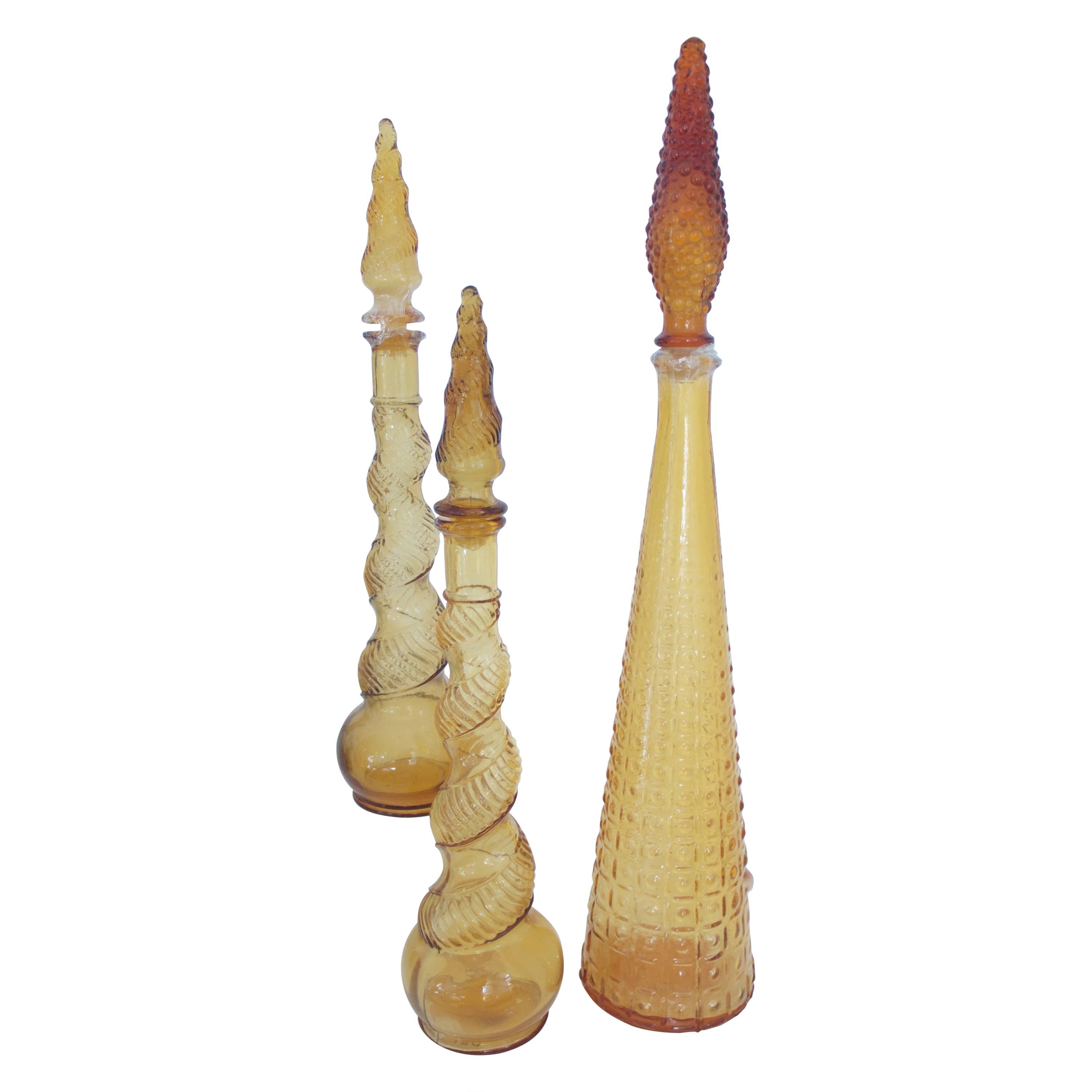 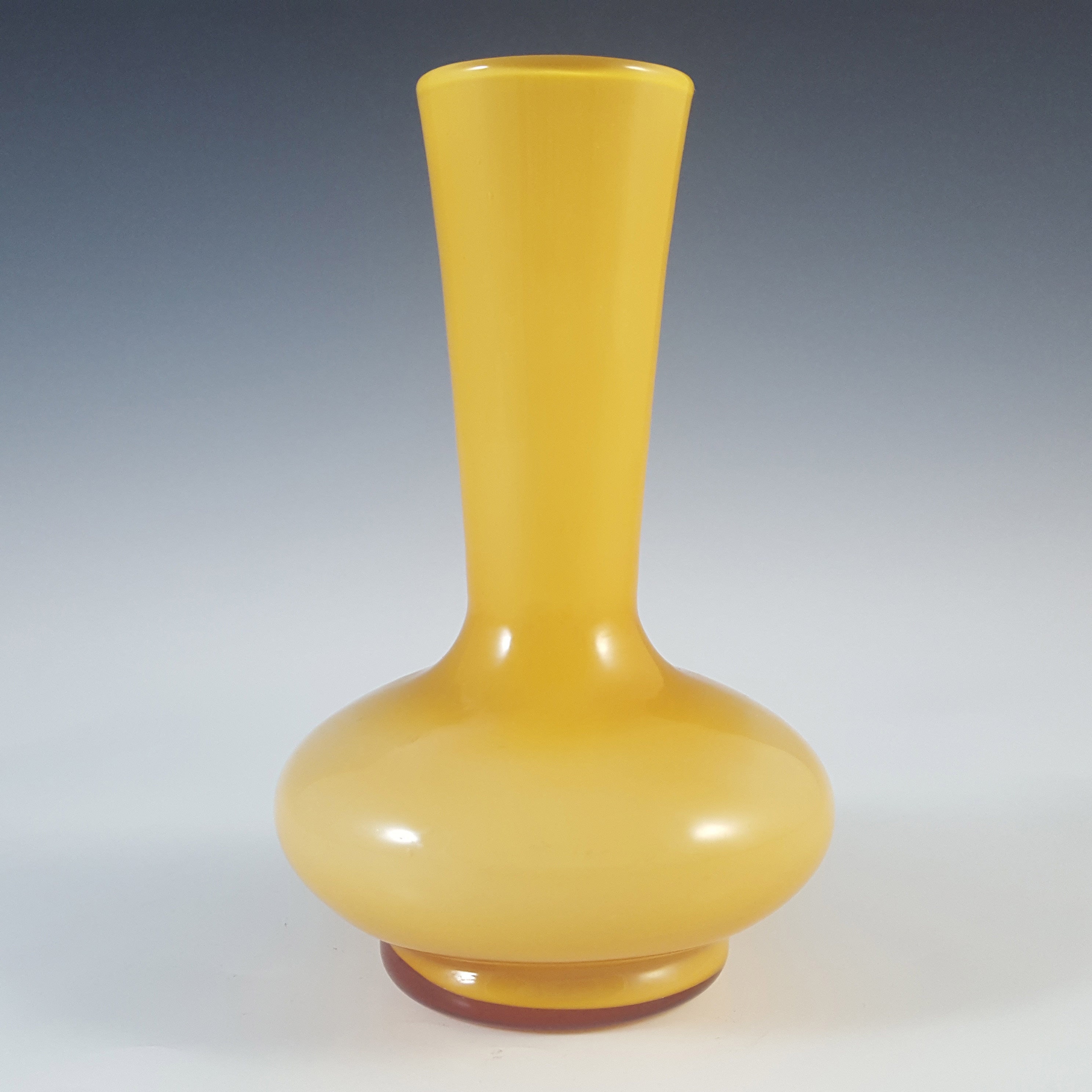 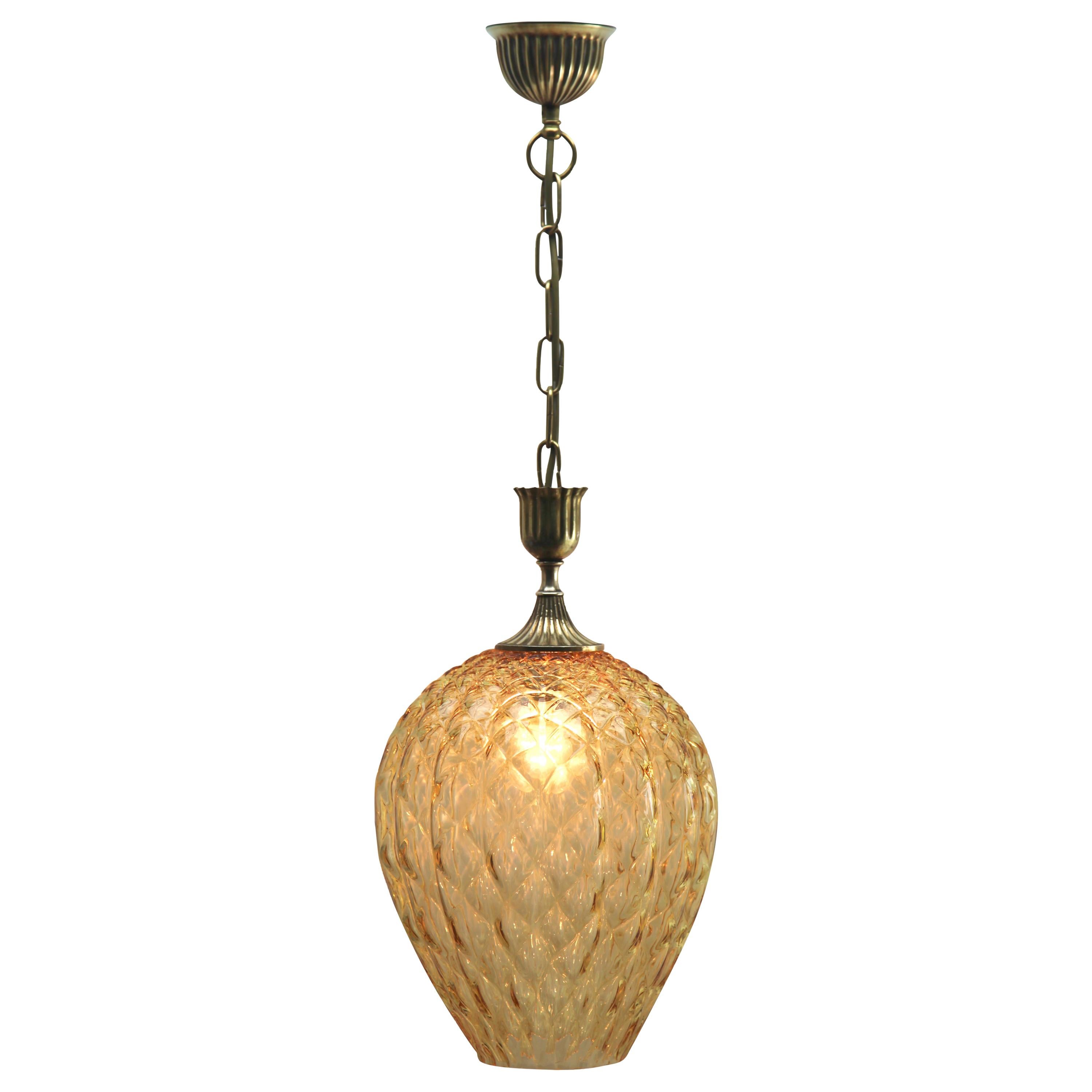 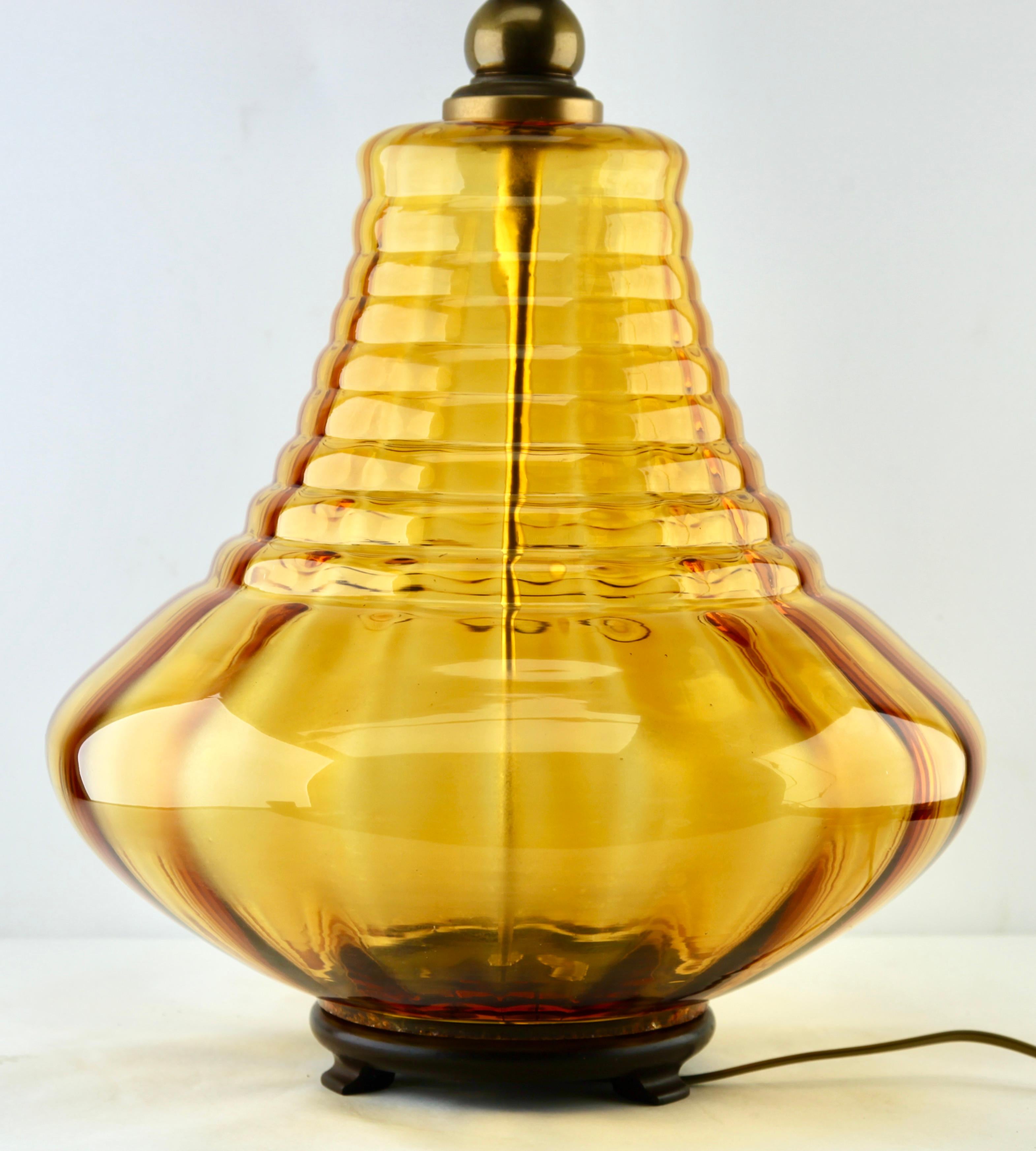