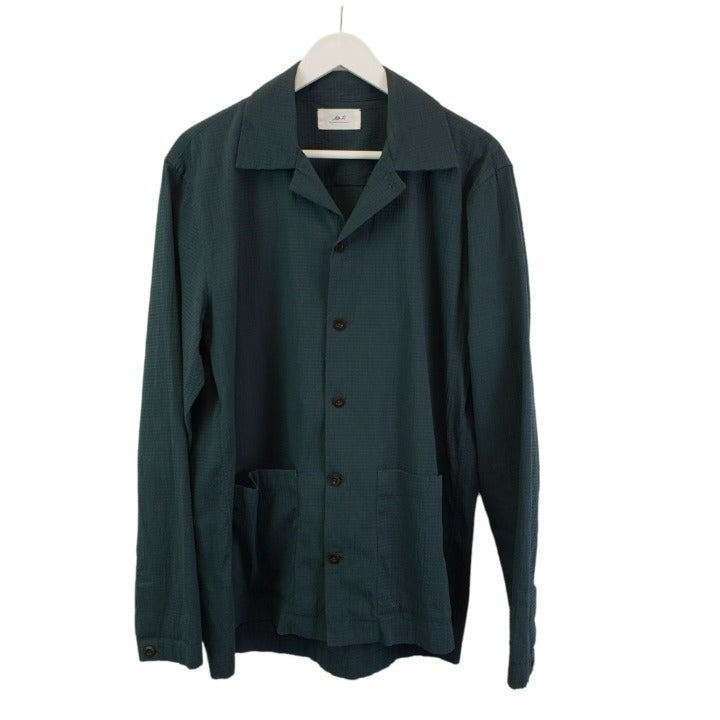 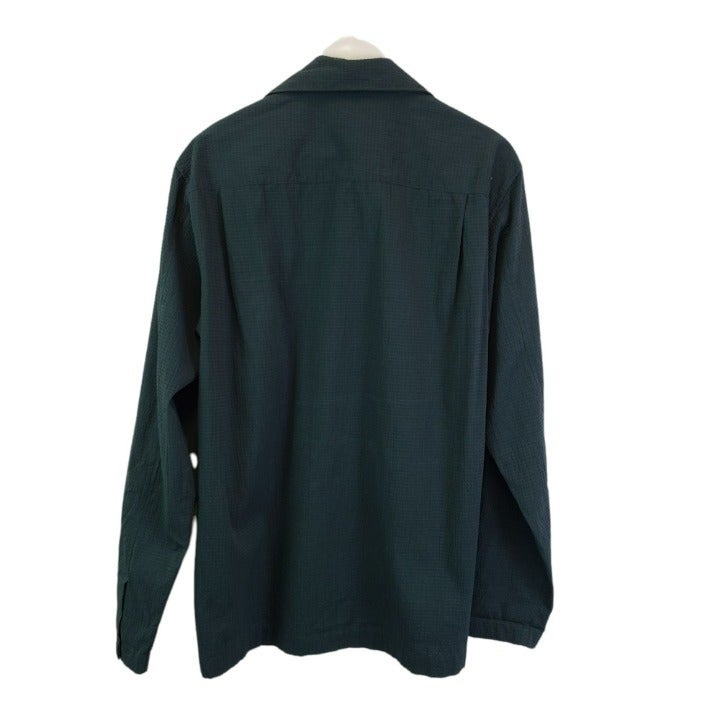 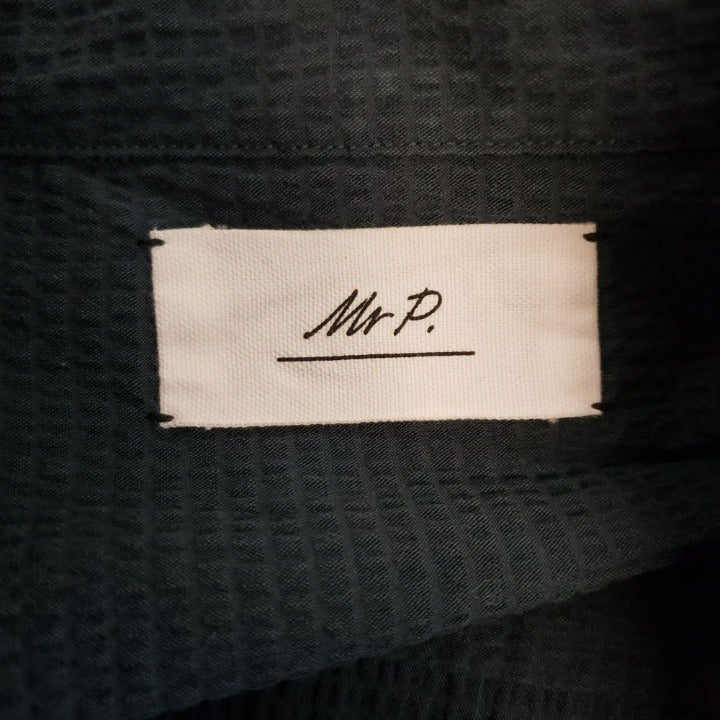 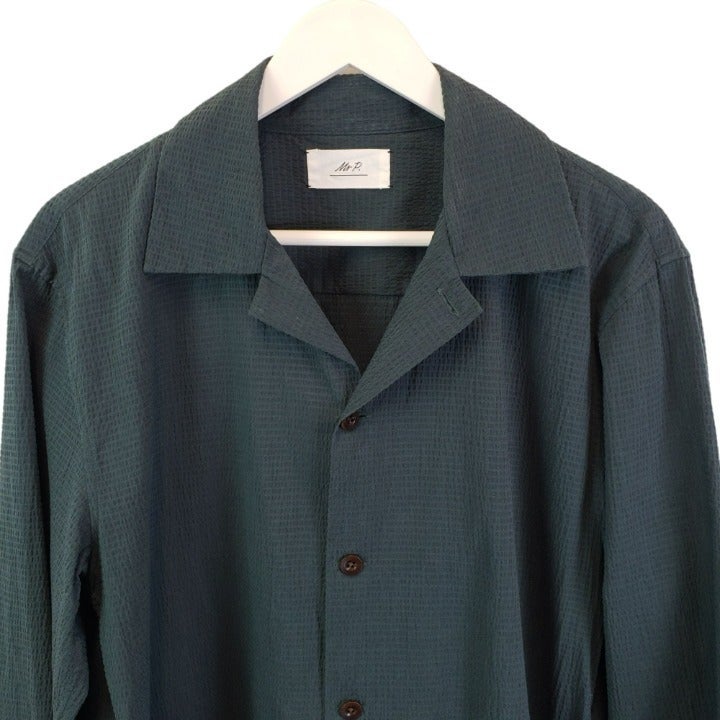 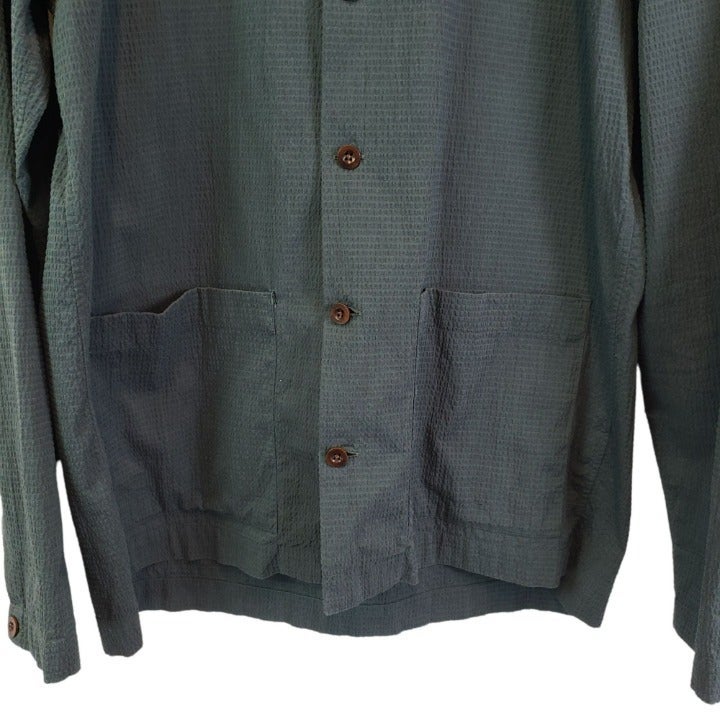 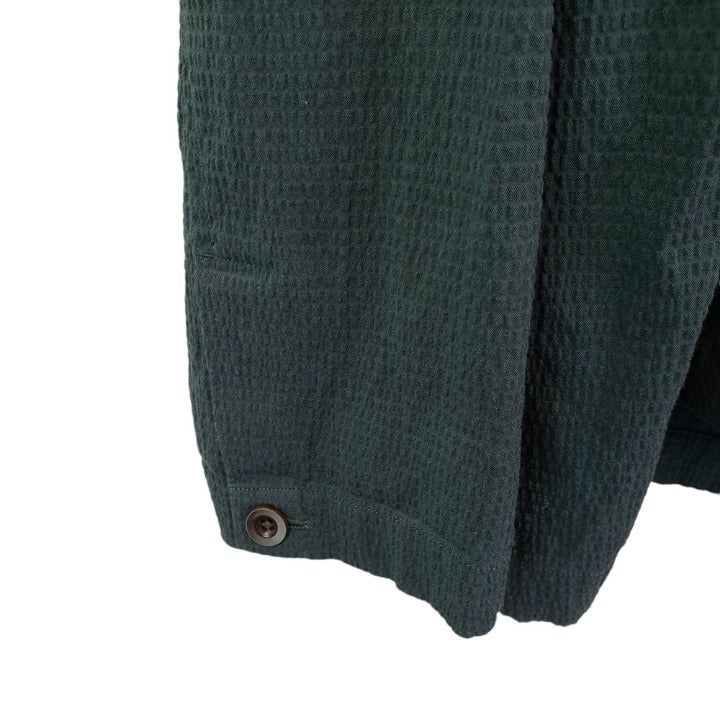 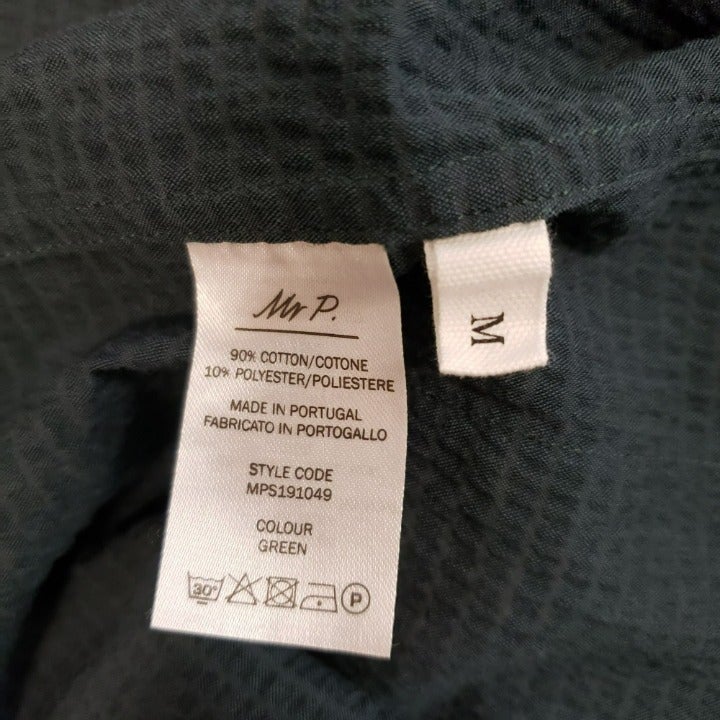 Made from a textured, lightweight cotton-blend seersucker. It's tailored with a stepped hem and convertible collar that can be worn open as a pyjama style or fastened all the way up. A pair of patch pockets and brown corozo buttons round it off.

Approximate Measurements Lying Flat:
Bust 20 in
Waist 20.5 in
Length 29 in

All pieces are stored in a smoke-free, pet-free environment. If flaws are identified on the item, this will be disclosed in the description. Thank you for shopping with The Untamed Thread! 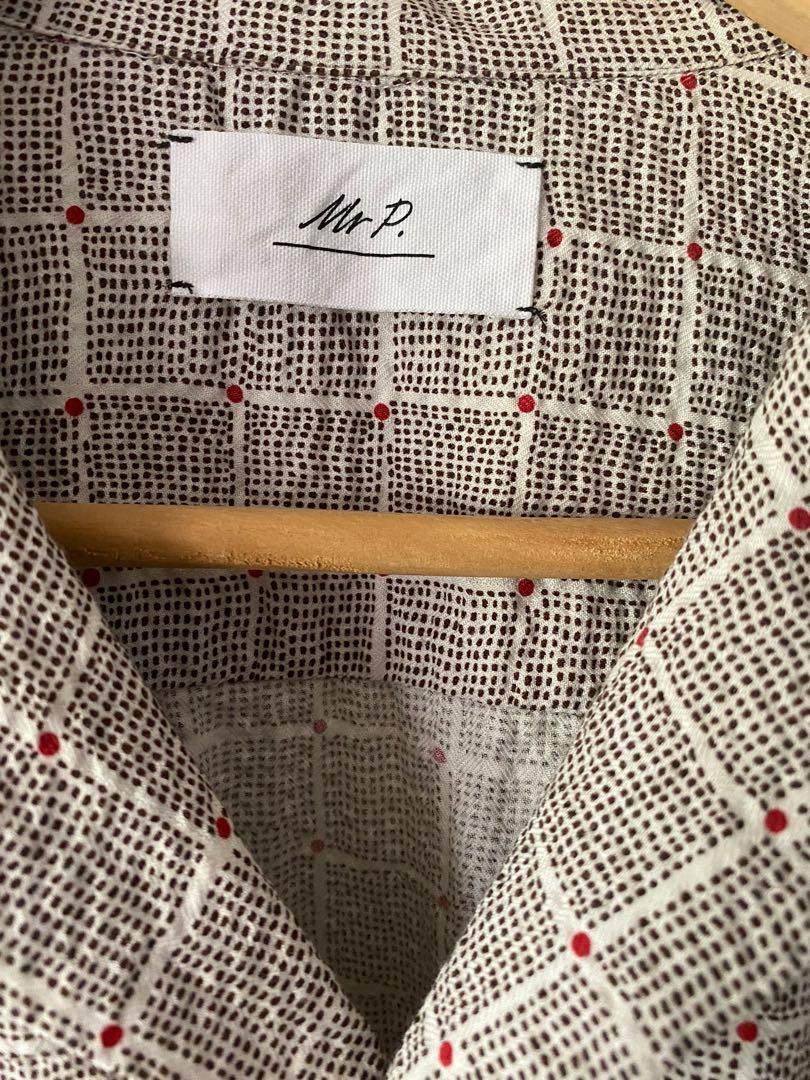 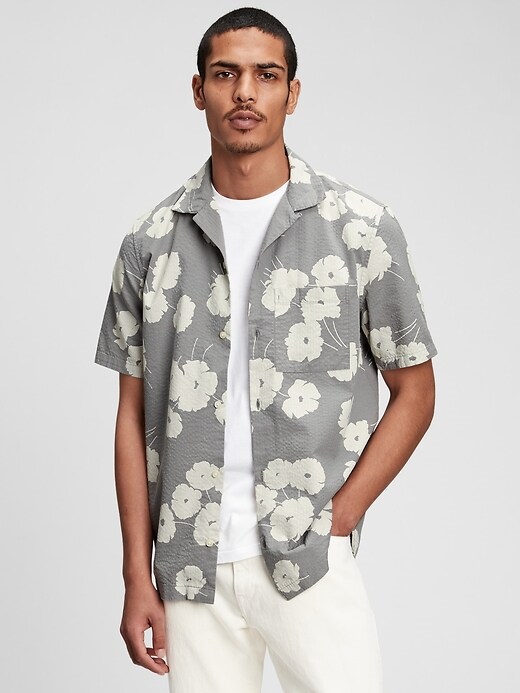