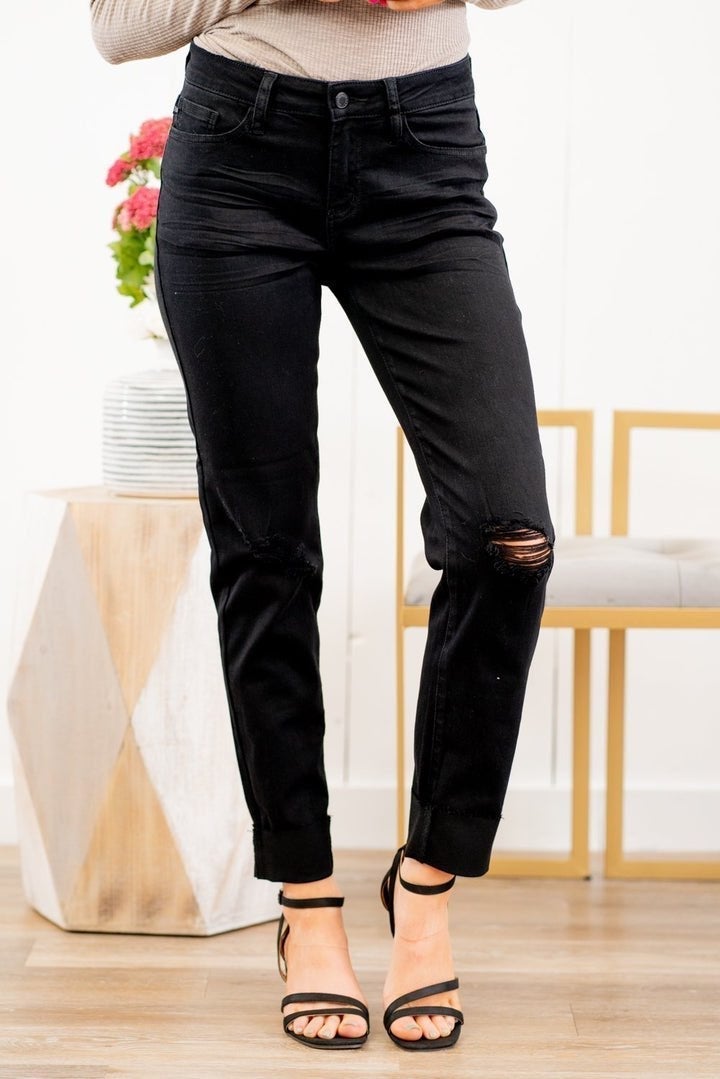 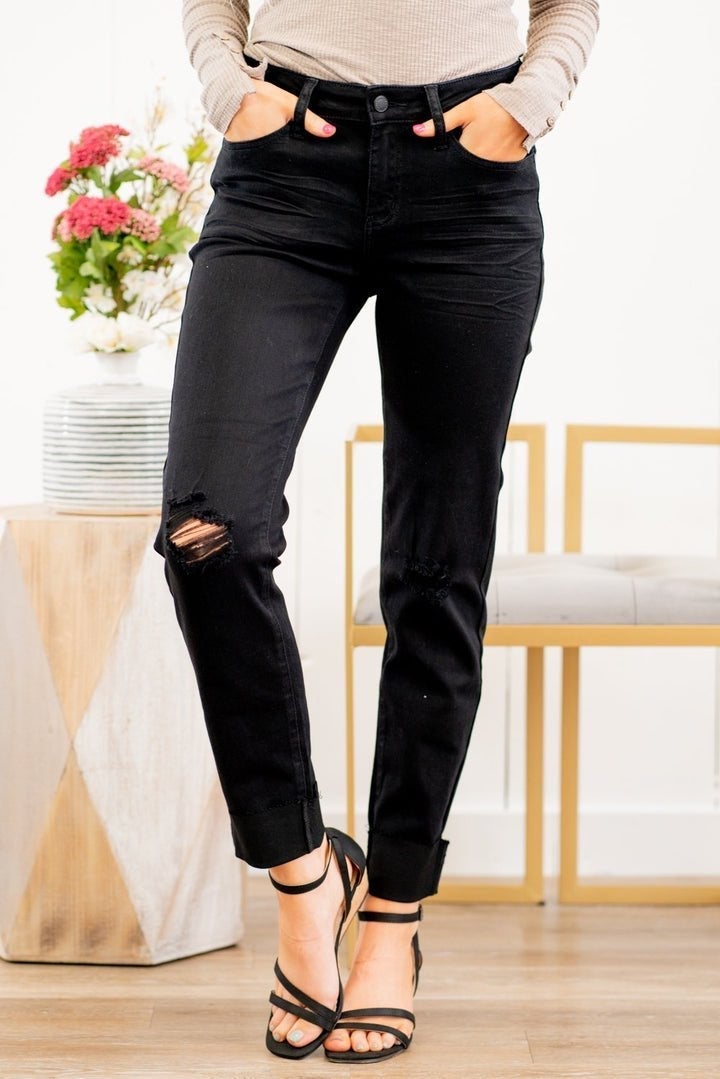 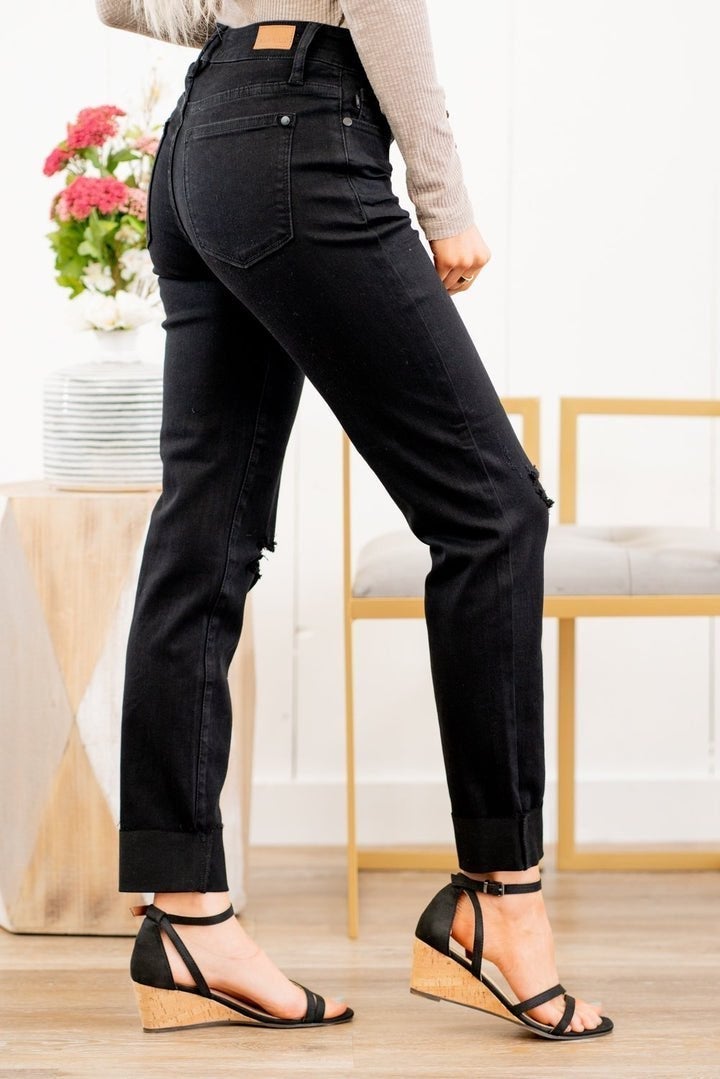 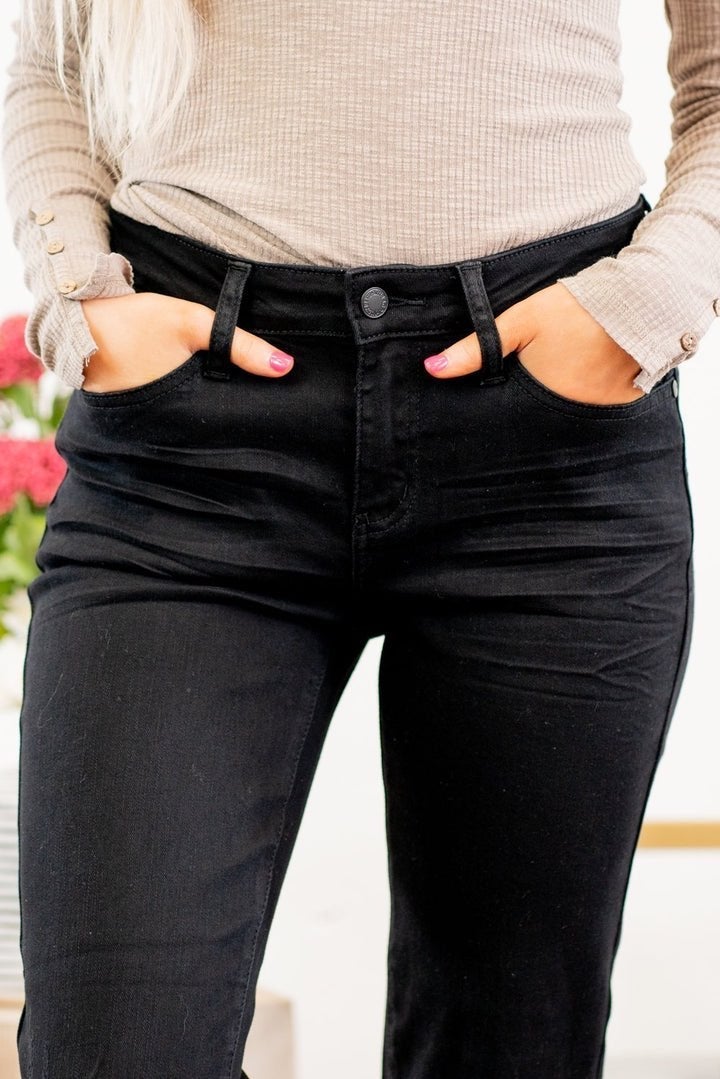 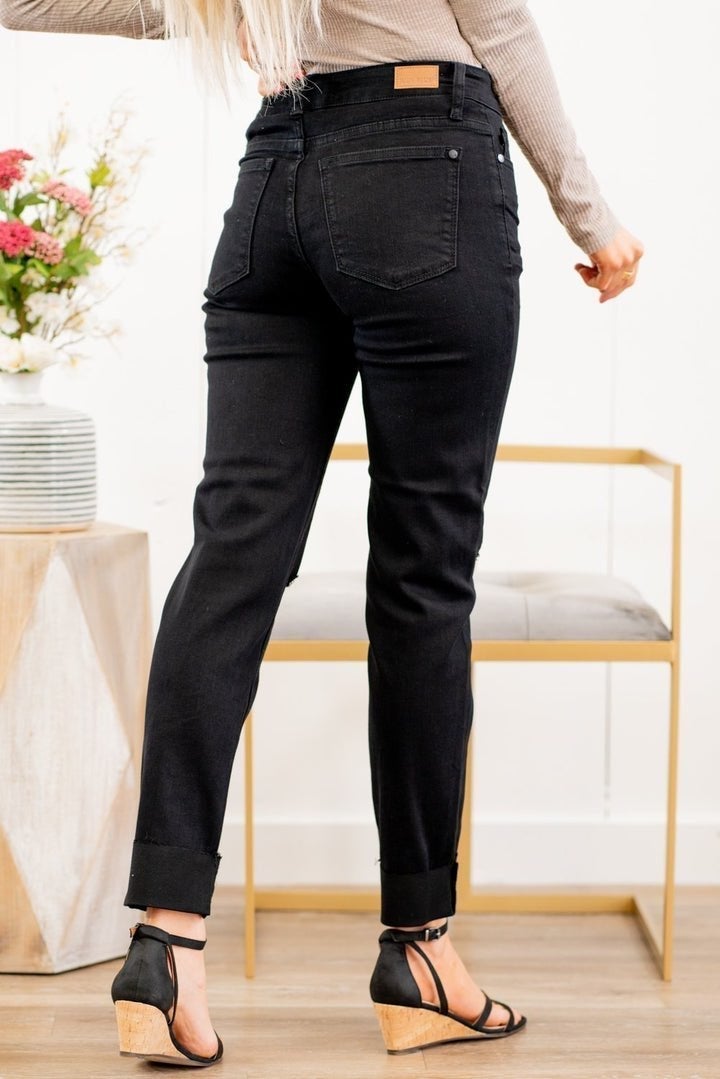 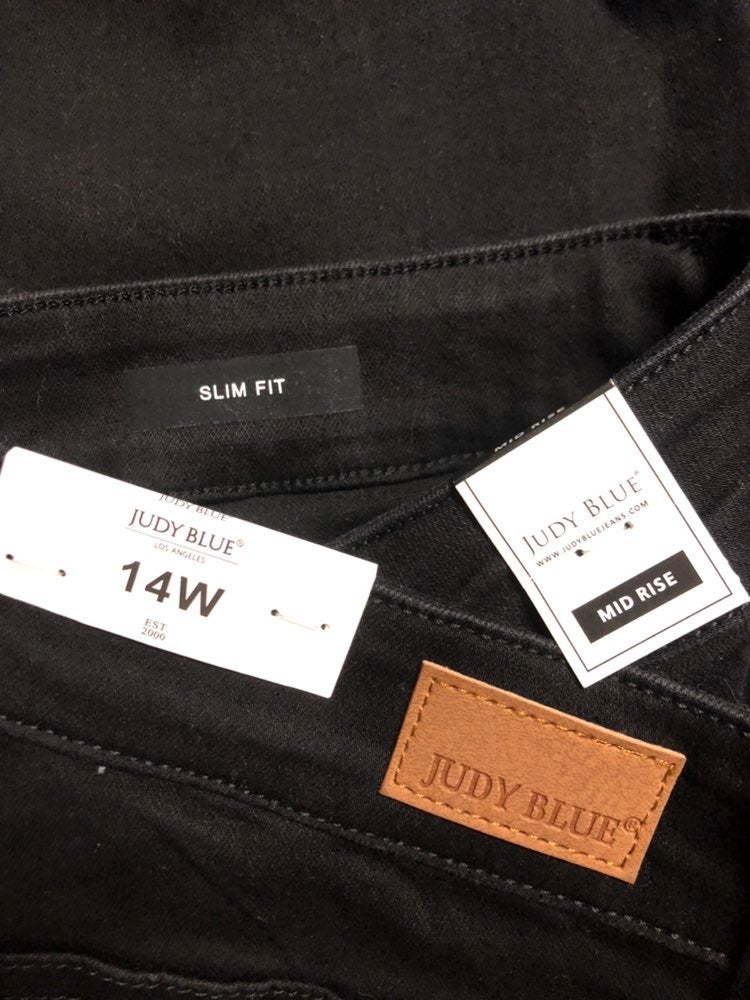 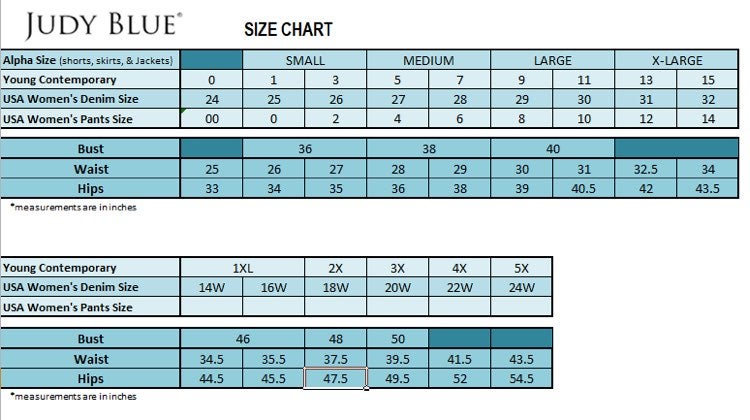 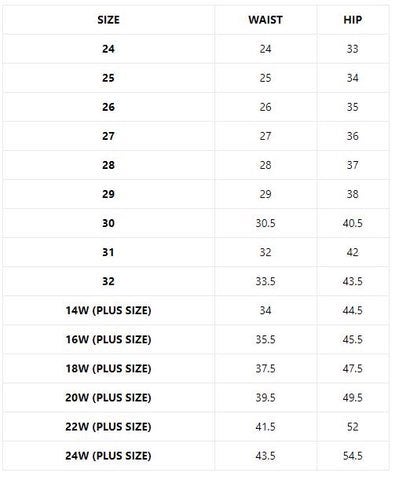 These solid black denim jeans with knee distressing and cuffed bottoms are the perfect staple for any closet! 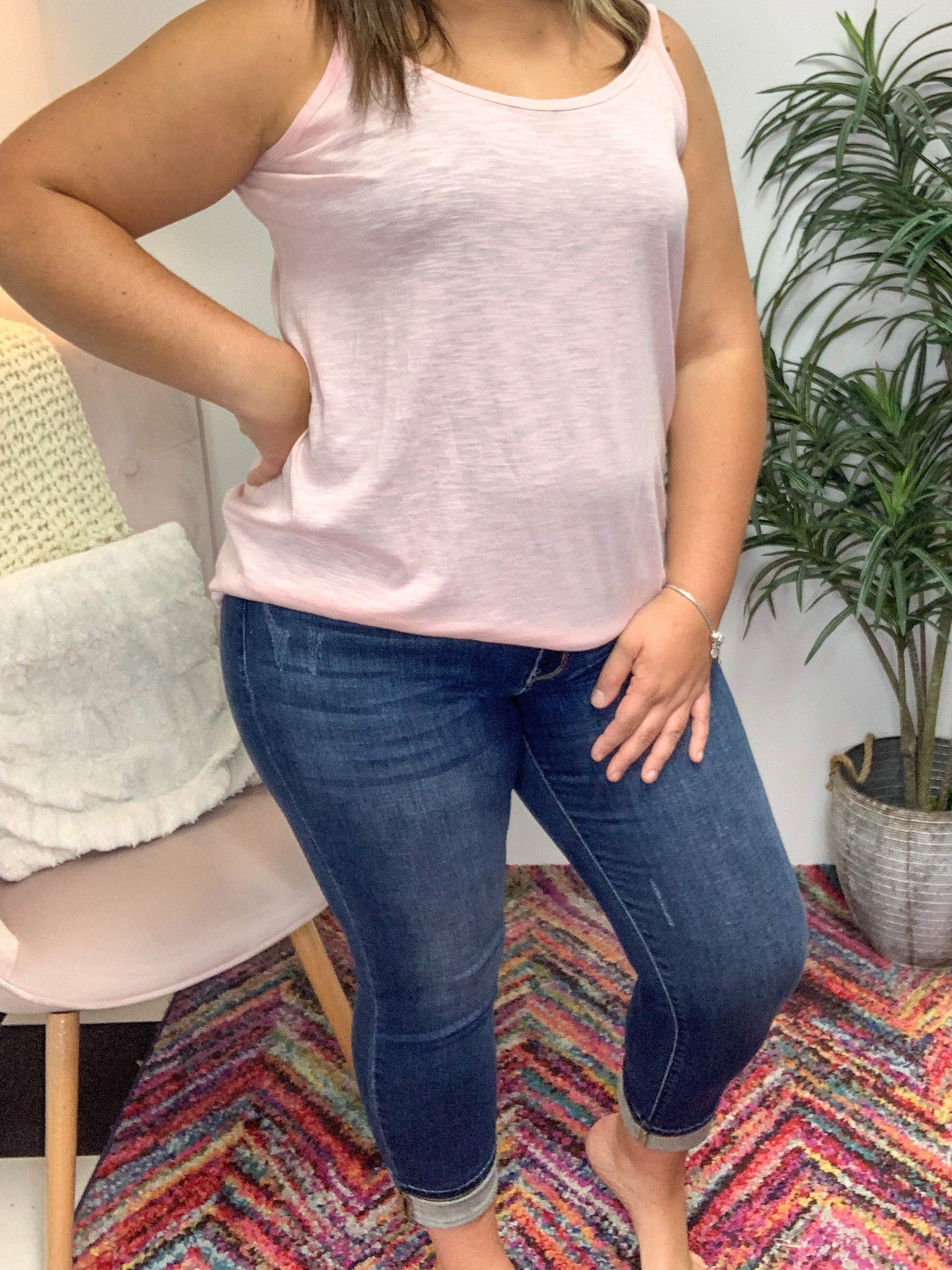